MORE than 140 people have tested positive for coronavirus at a Norfolk meat processing factory.

Norfolk County Council said there had been a "significant outbreak" of Covid-19 at the Cranswick Country Foods site in Watton. 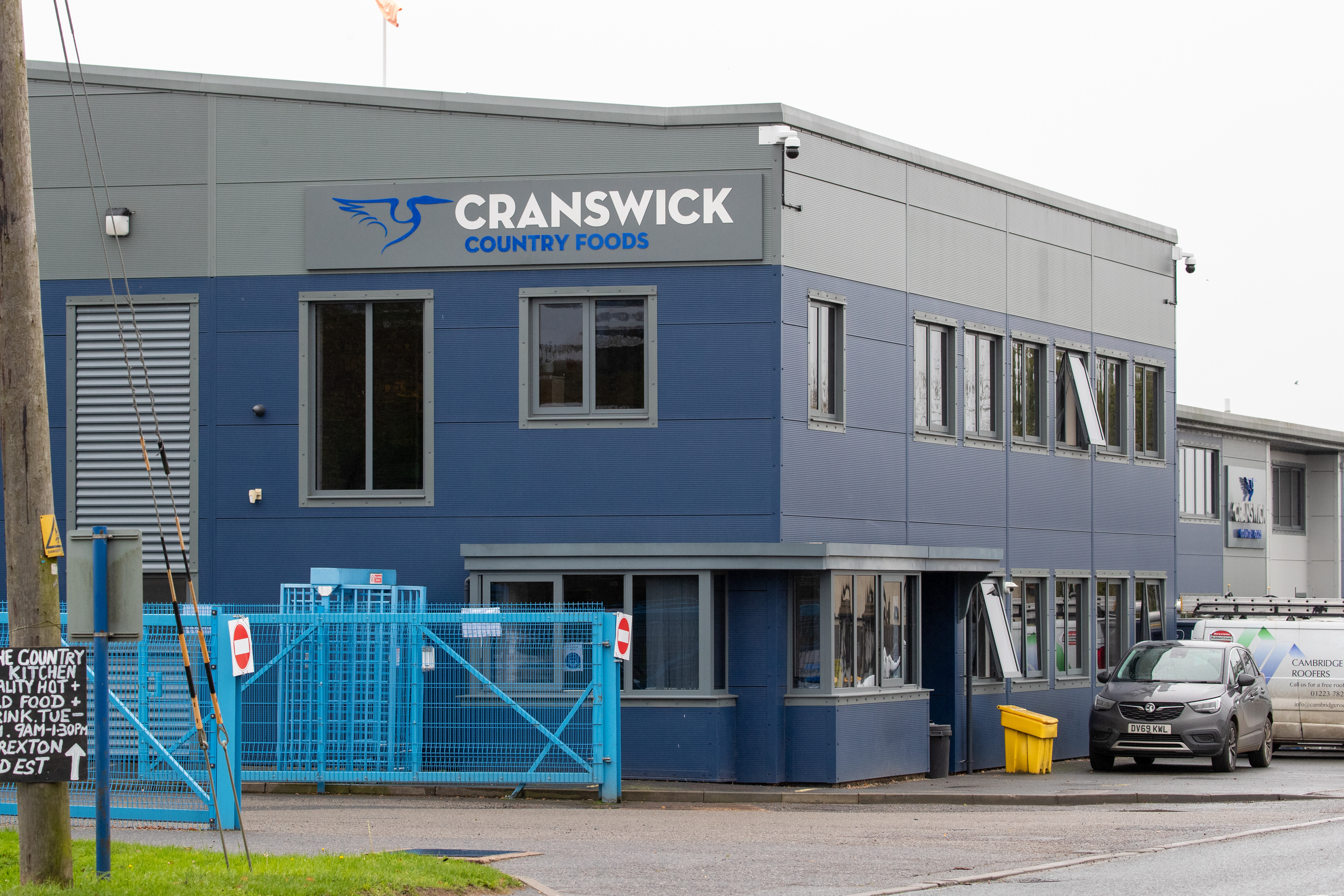 More than 140 people have tested positive for coronavirus at the Cranswick Country Foods site in Watton, NorfolkCredit: GEOFF ROBINSON. 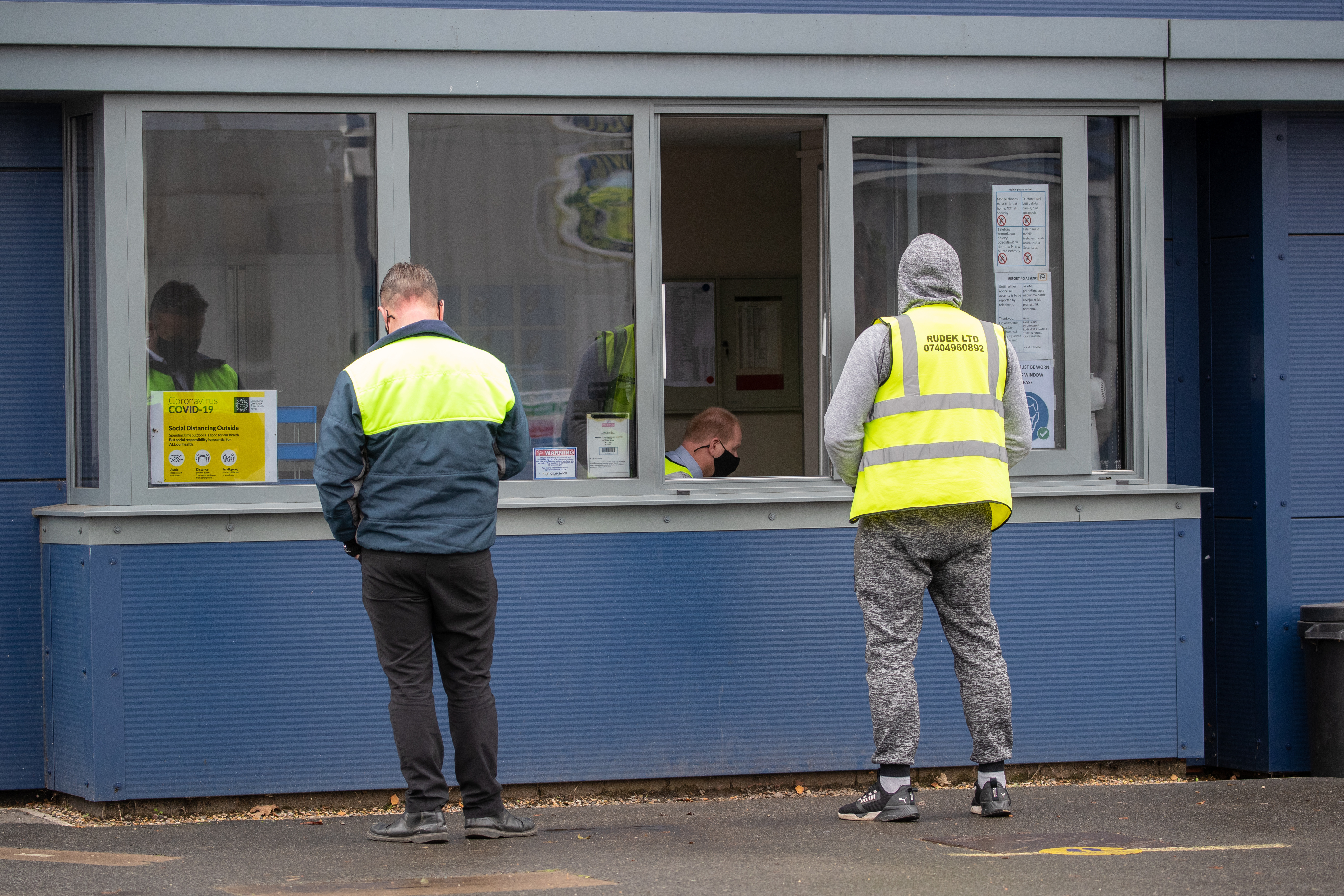 Over 300 staff members at the meat processing factory were swabbed Credit: GEOFF ROBINSON.

This comes as almost 30 workers contracted and tested positive for the virus at a Nestle factory in Newcastle.

In Norfolk, 144 out of 333 staff that were tested have been given a positive result - and now all 1,000 staff at the plant are set to be swabbed.

The council's director of public health, Dr Louise Smith, said the local authority was working with the Joint Biosecurity Centre to urge people in the Watton area to get tested if they have symptoms.

She said in a statement: "Testing of staff at Cranswick Foods has revealed a significant outbreak.

"At this stage we have identified about 140 positive cases out of around 300 tested so far.

"The analysis of swabs continues and the remaining staff on site are being tested today and tomorrow.

"Due to the high proportion of positive case results received so far, we are liaising with the Joint Biosecurity Centre and have stepped up contact tracing and leafletting in the Watton area, urging people with symptoms to access testing."

This comes as 30 members of staff at a Nestle factory in Newcastle caught the virus - sparking "widespread testing" at the Fawdon site.

The outbreak at the factory, where over 40,000 tonnes of confectionery is made each year, has affected around five per cent of all workers at the site.

The local authority said testing at the site began on October 15, with more than 600 members of staff tested.

Norfolk County Council said: "Results showed that the majority of positive cases so far worked on the afternoon shift at the site, leading Public Health to advise Bernard Matthews that the entire shift be instructed to self-isolate."

As of October 15 there had also been 72 positive cases at Bernard Matthews' food processing facility in Holton near Halesworth, the council said.

In Suffolk, Bernard Matthews brought in Covid-19 bus marshals on its free staff transport as part of its response to the outbreak.

Covid-19 outbreaks in factories have been reported across the UK.

Earlier this month, more than 170 people tested positive for coronavirus at a meat processing plant in Cornwall.

Most of those who tested positive at the Pilgrim's Pride factory in Pool were asymptomatic, the local public health team said.

An alert to the national test and trace service from one staff member ultimately led to 500 employees at the plant getting tested.

At the beginning of September, staff at a Tesco warehouse in West Lothian, Scotland were self-isolation after cases were confirmed.

In Swindon, another 51 staff at an Iceland warehouse in had tested positive for coronavirus in July.

And in August, 100 workers at a chicken factory in Norfolk also became infected with Covid. 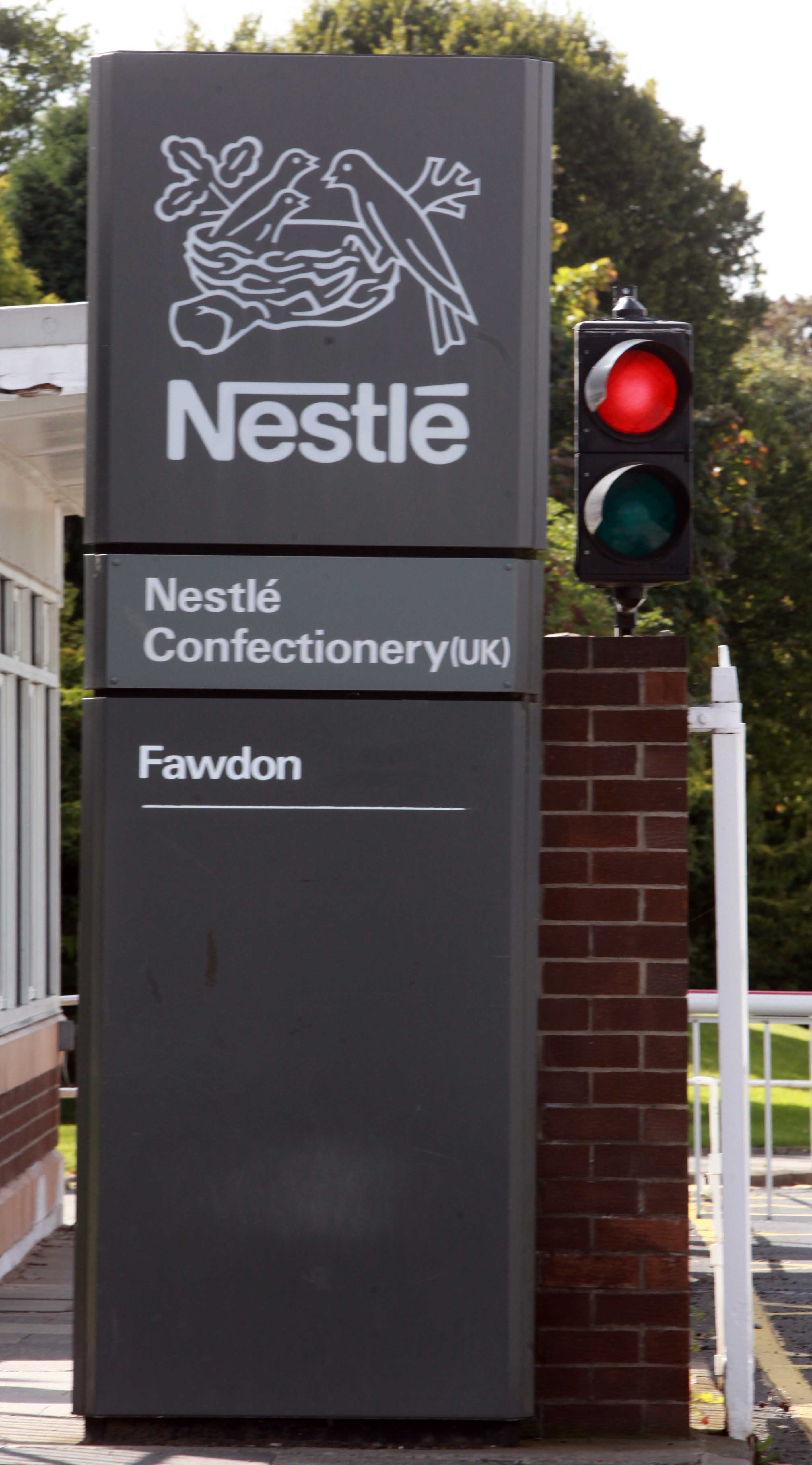 30 members of staff at a Nestle factory in Newcastle caught the virus - sparking "widespread testing" at the Fawdon siteCredit: NCJ Media 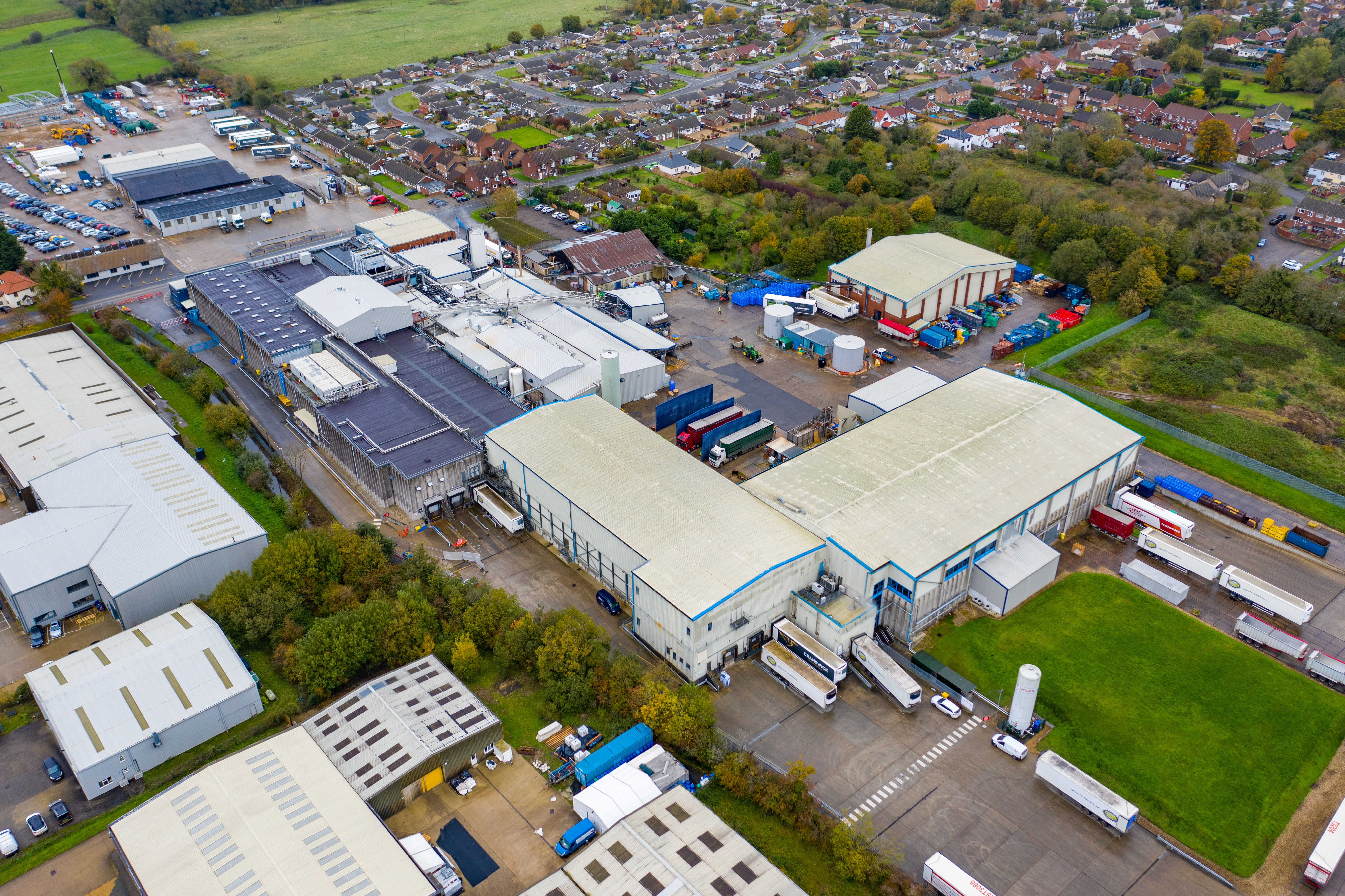 Over 140 people have the virus at the meat processing factory Credit: GEOFF ROBINSON. 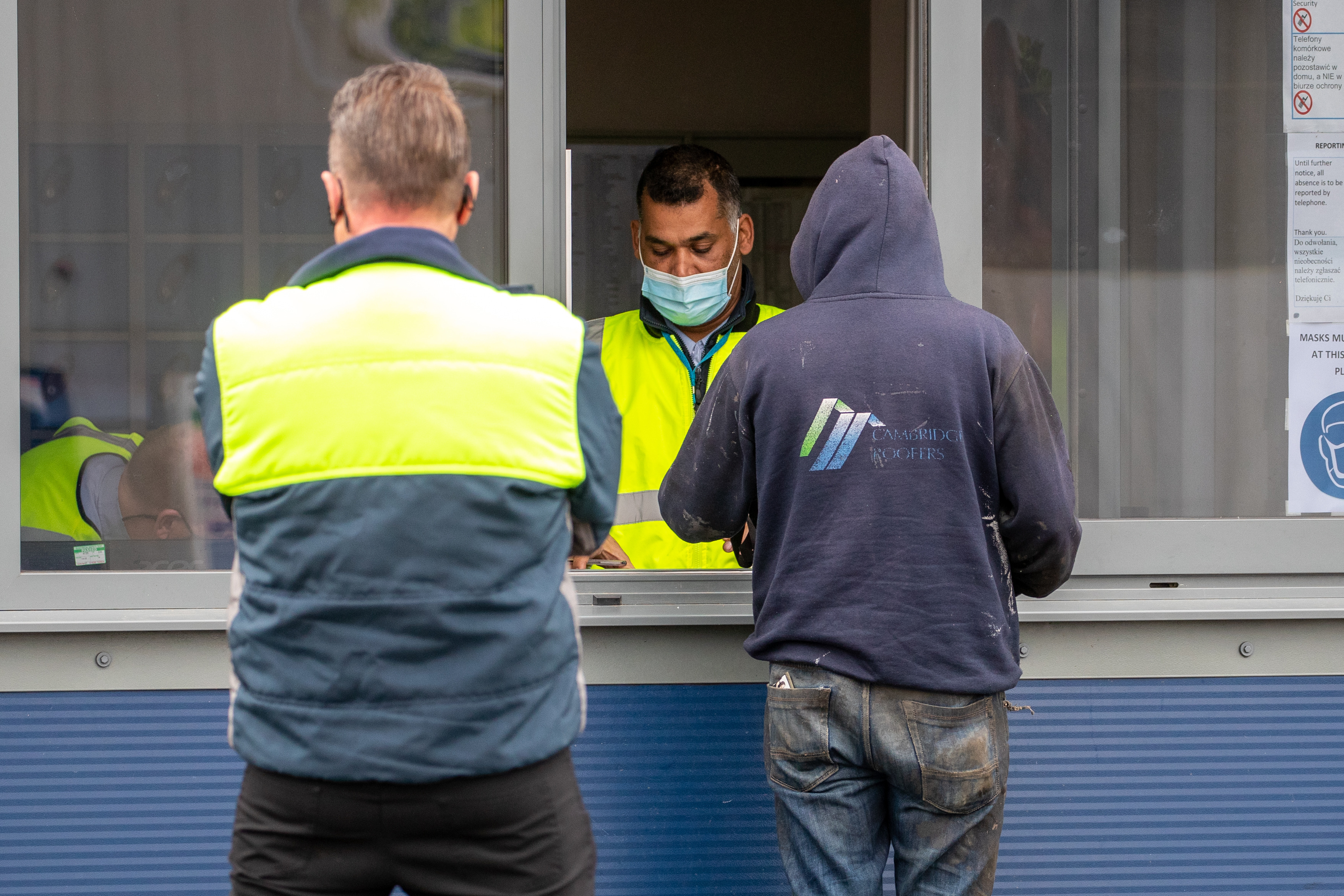 In Norfolk, some 300 members of staff at the factory have been tested so farCredit: GEOFF ROBINSON. 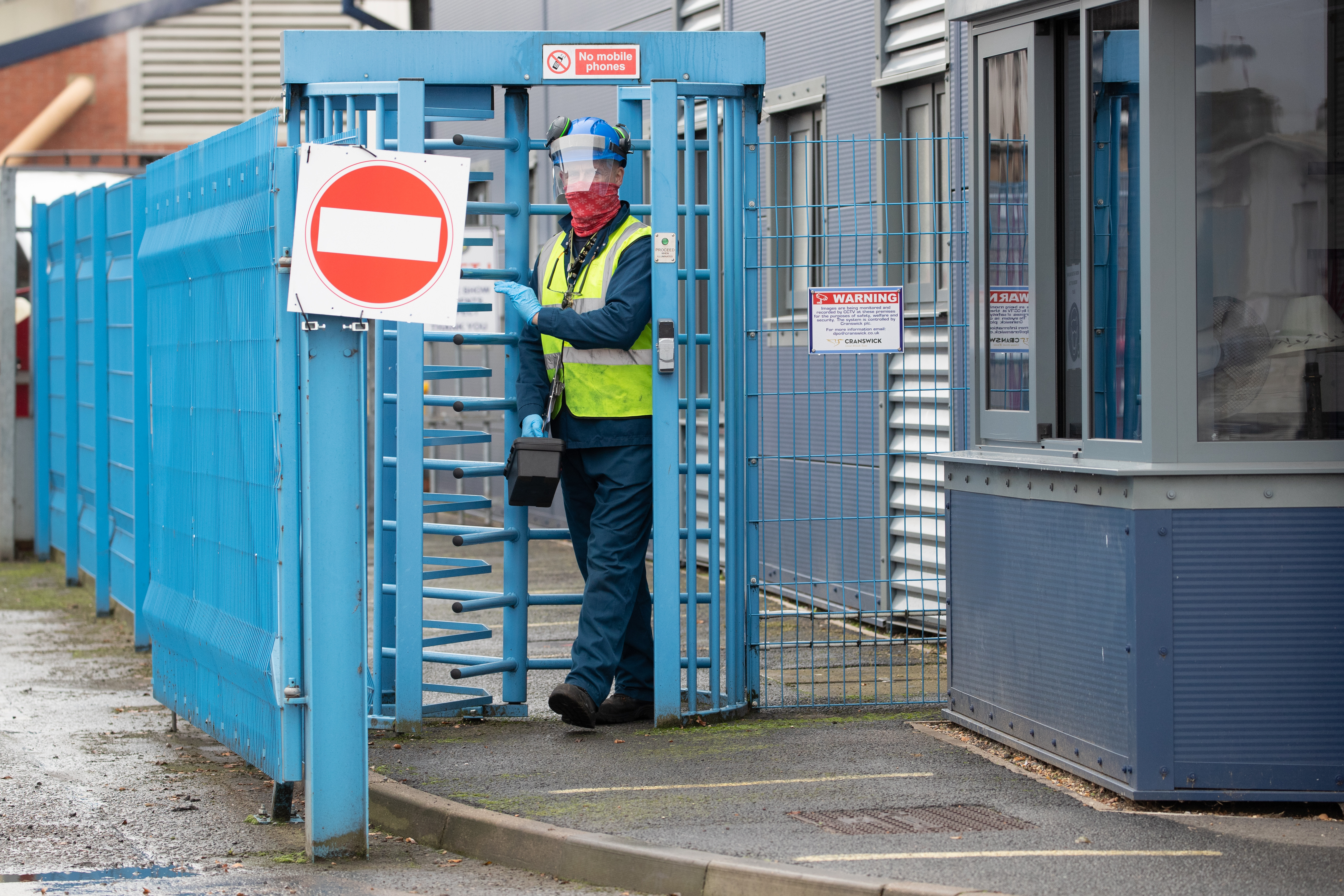