5G CONSPIRACY theorists are buying metal cages to protect themselves from nonsense fears of deadly radiation from their routers - only to complain that it kills their WiFi.

Baseless online theories continue to run wild about the non-existent health risks of radiation associated with internet signals, and some are now turning to this bizarre - and useless - gadget to protect themselves. 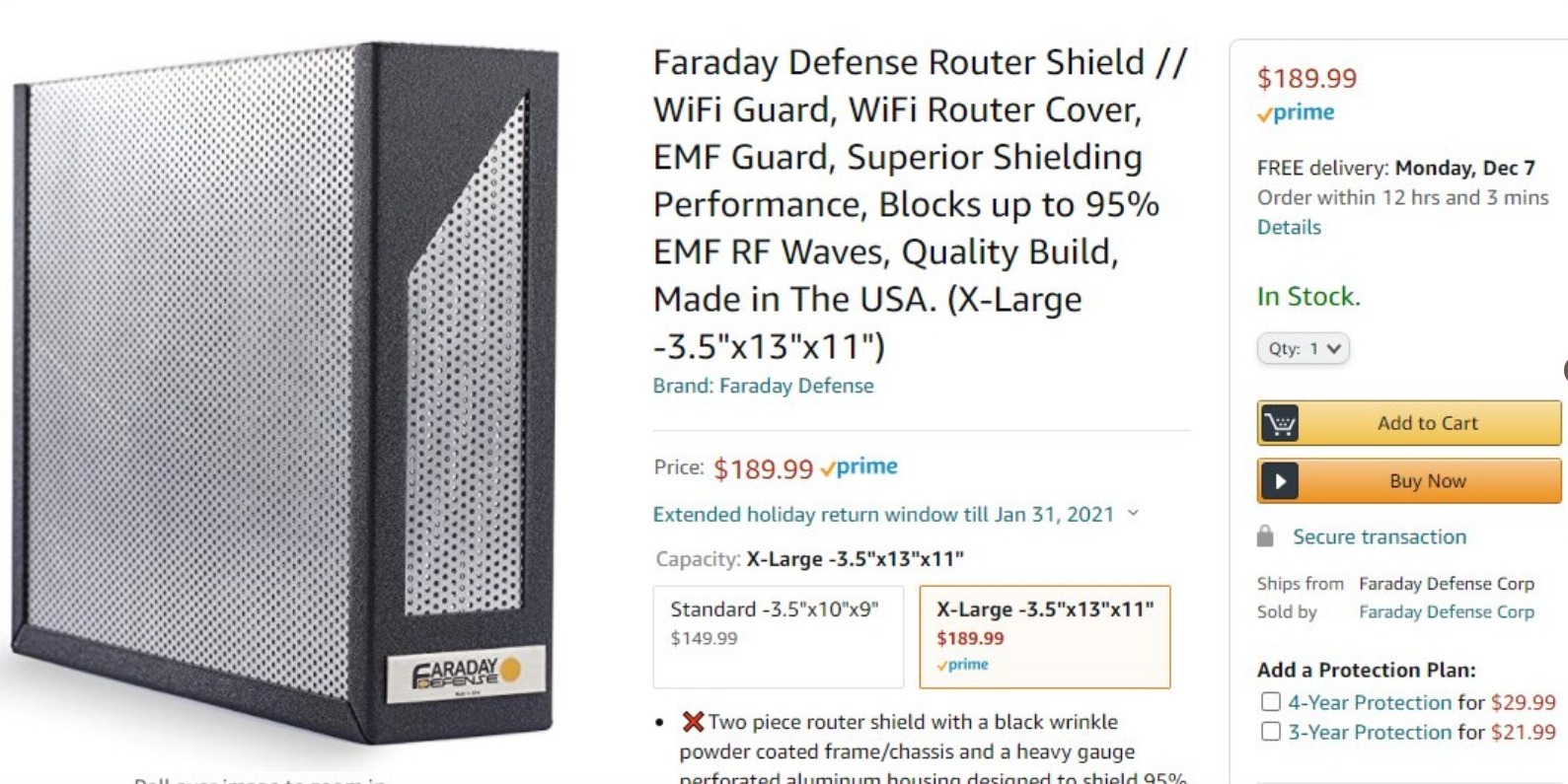 Furious 5G conspiracy theorists have moaned the cages have broken their WiFiCredit: Amazon 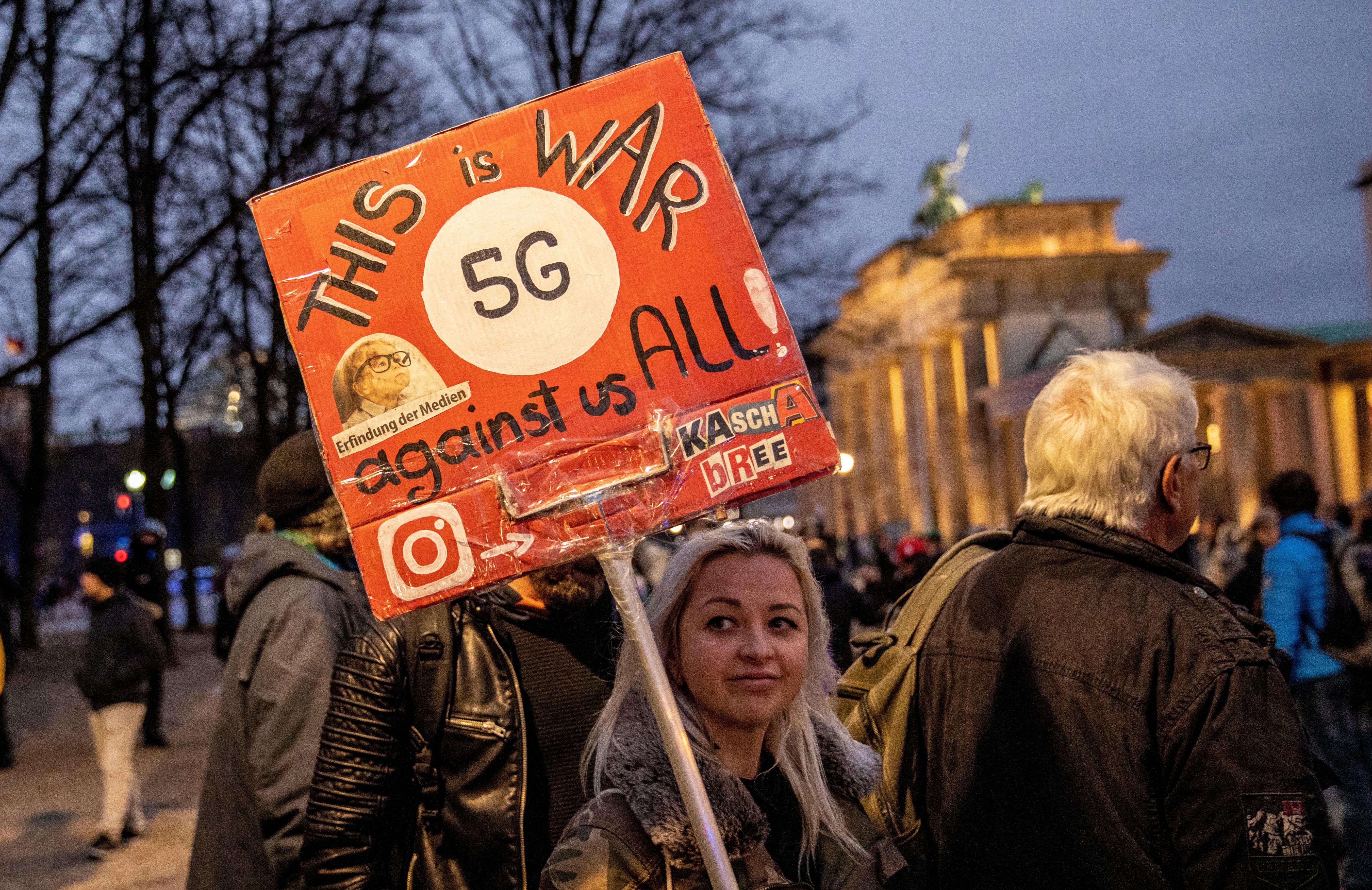 5G protesters linking the signal to coronavirus have marched in cities around the worldCredit: Getty Images - Getty

Amazon sellers are flogging metal boxes which they claim will stop radiation and 5G signals from emitting from their home internet boxes.

They claim the boxes are Faraday Cages, an enclosure designed to block electromagnetic signals - which are often used in MRI machines and microwaves.

Conspiracy theorists are buying these cages and then being frustrated when they find it unsurprisingly also renders their internet almost useless.

Twitter user Ansgar Odinson shared grabs from Amazon which showed some of the metal cages for sale - and some of the angry reviews.

He wrote: "So apparently putting Faraday cages around routers has become a thing for the 5g conspiracy nuts and there are companies out there ready to cash in.

"My sides are in orbit."

The tweet has gone viral as it has been liked almost 40,000 times and retweeted nearly 15,000 times.

EMF - electromagnetic force - is a natural field created by electric currents, and there is no evidence low level exposure is harmful.

Furious reviewers have given the item one star as they moaned it was working too well and ruining their internet signal.

One angry reviews claims it left it 'impossible' to use the internet on his phoneCredit: Amazon 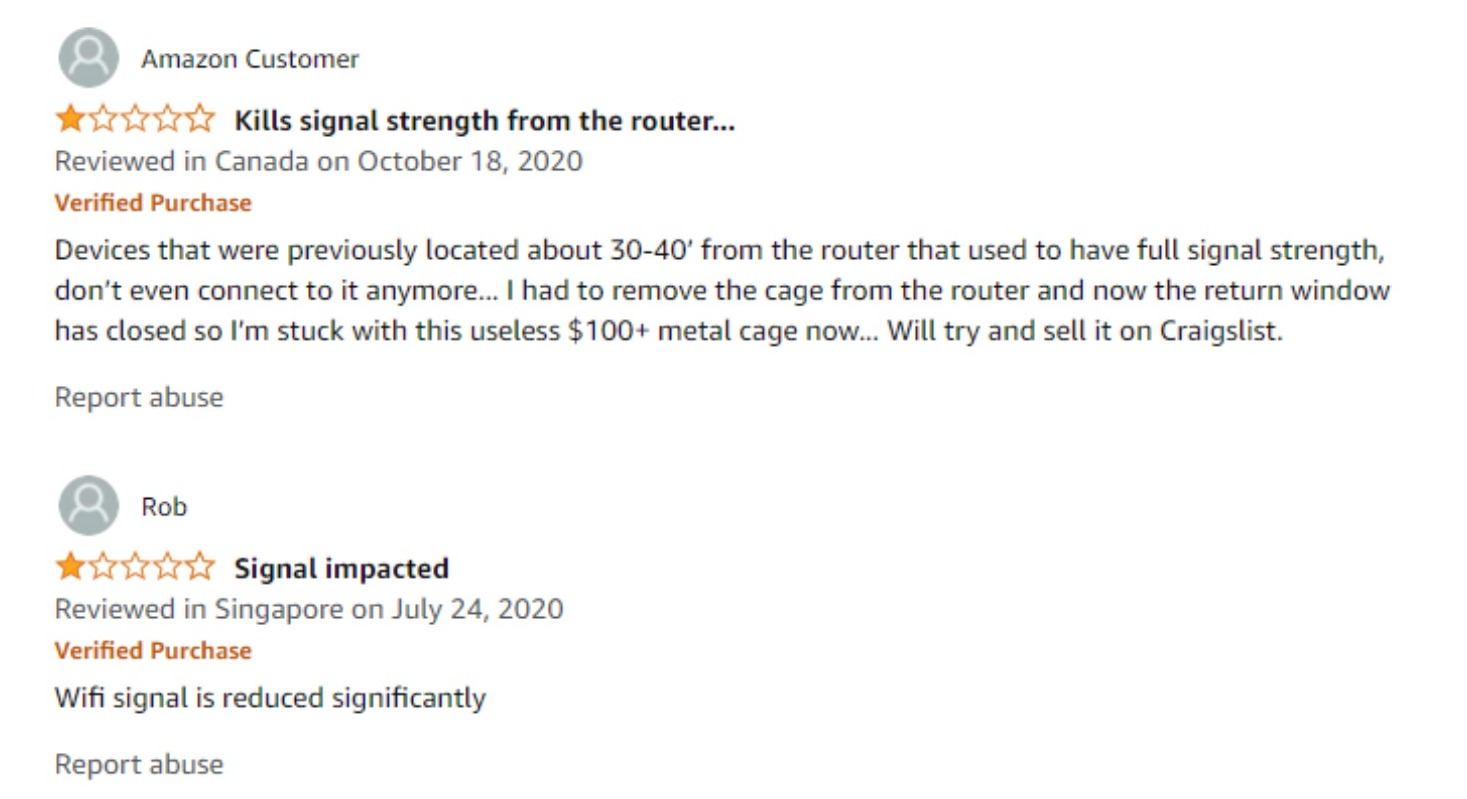 Another furious reviewer claims he was left with a 'useless metal box'Credit: Amazon

"The box does work at keeping radiation in but also WiFi will not work unless your in same room as router! It decreases the signal by 90%," moaned one Amazon shopper named Margarita.

"We really wanted to like it but it was impossible to use our phones in any other room of the house."

Another added: "Devices that used to have full strength don't even connect to it anymore. I had to remove the cage from the router.

"Return window has closed so I am stuck with this useless $100+ metal cage now."

HERE is what you need to know...

Just like 4G (and 3G before that), 5G is simply a new generation of mobile internet Phone networks have tweaked the technology to deliver faster speeds – and have dubbed it the "5th generation", or 5 ll signals fall on the electromagnetic spectrum – from radio waves, to X-rays, and even visible light Phone networks use microwaves of a very specific frequency to deliver the internet to your iPhone or Android mobile This was true of 3G and 4G, and it's still true with 5G In the UK, 4G signals generally sit between 800MHz and 2.6GHz on the electromagnetic spectrum 5G is a little higher at 3.4GHz to 3.6GHz, but that's tiny when you consider that microwaves go up to 300GHz And visible light comes in at a range of around 430THz to 770THz That's more than a thousand times higher than the maximum microwave – and 100,000 higher than 5G Dangerous radiation, like UV rays, X-rays and gamma rays are also far higher up the spectrum still Online conspiracy theorists are claiming that 5G can cause harm Early theories suggested 5G could lead to cancer – and now crackpots have linked it to coronavirus too But it's simply impossible for 5G to cause any of these problems Radiation damages cells by breaking them apart, but 5G microwaves simply lack the power to do this 5G is a low-frequency radiation, far below infrared and visible light In fact, it's essential that 5G is low-frequency, because higher frequencies are less useful at delivering mobile signals over large areas We know that this level of radiation is safe, because otherwise the visible light from our televisions would have killed us a long time ago 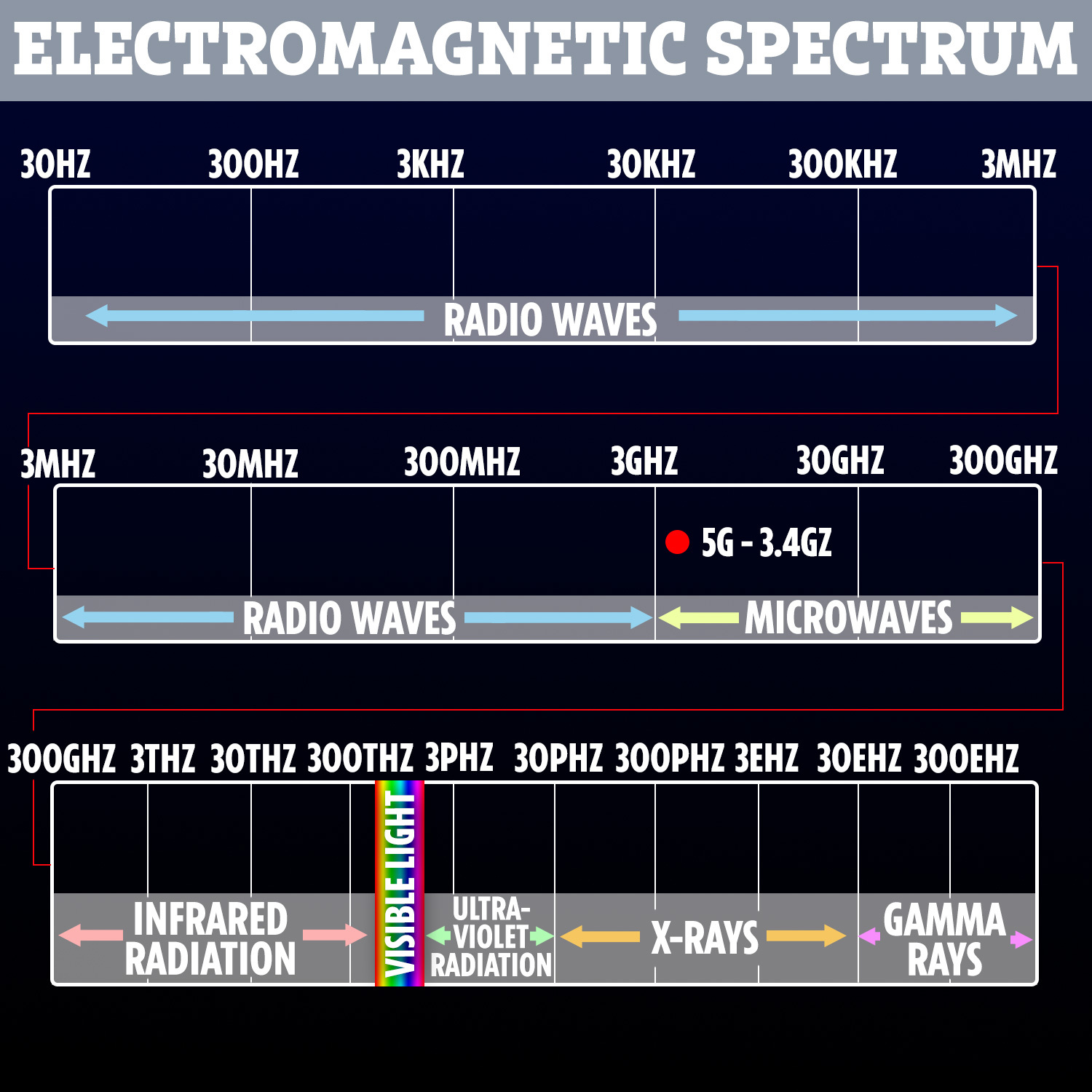 Britain now has a 5G network up and running, delivering ultra-fast speeds that are proving to be 10 times faster than 4G.

Widely debunked conspiracy theories have run wild over 2020 and even led to attacks on mobile phone masts.

There are even "Stop 5G UK" petitions and Facebook groups, attracting tens of thousands of fearful Brits to their cause.

But last year, experts told The Sun that 5G simply can't hurt us.

Dr David Robert Grimes, an Irish physicist, cancer researcher and scientific myth-buster, said: "Radiation is just the transmission of energy through a medium – light is radiation."

He added: "Once you're suckered into these beliefs, it's hard to leave them.

"Even if we want to believe it, we almost have to put our questioning hat on, and say what evidence is there for that?

"Particularly online, you have to treat things with a massive pinch of salt."

From COVID-19 to 5G to NASA's moon landings – why do people believe in conspiracy theories?