All Universal Credit kids could get free school meals in future in win for Marcus Rashford’s campaign, minister hints

ALL children whose parents are on Universal Credit could get free school meals in future - in a win for Marcus Rashford - a minister hinted today.

Nadhim Zahawi was asked about recommendations from the Government's food tsar about extending those people who are able to access free school meals and holiday club help as the row over extra help rumbles on. 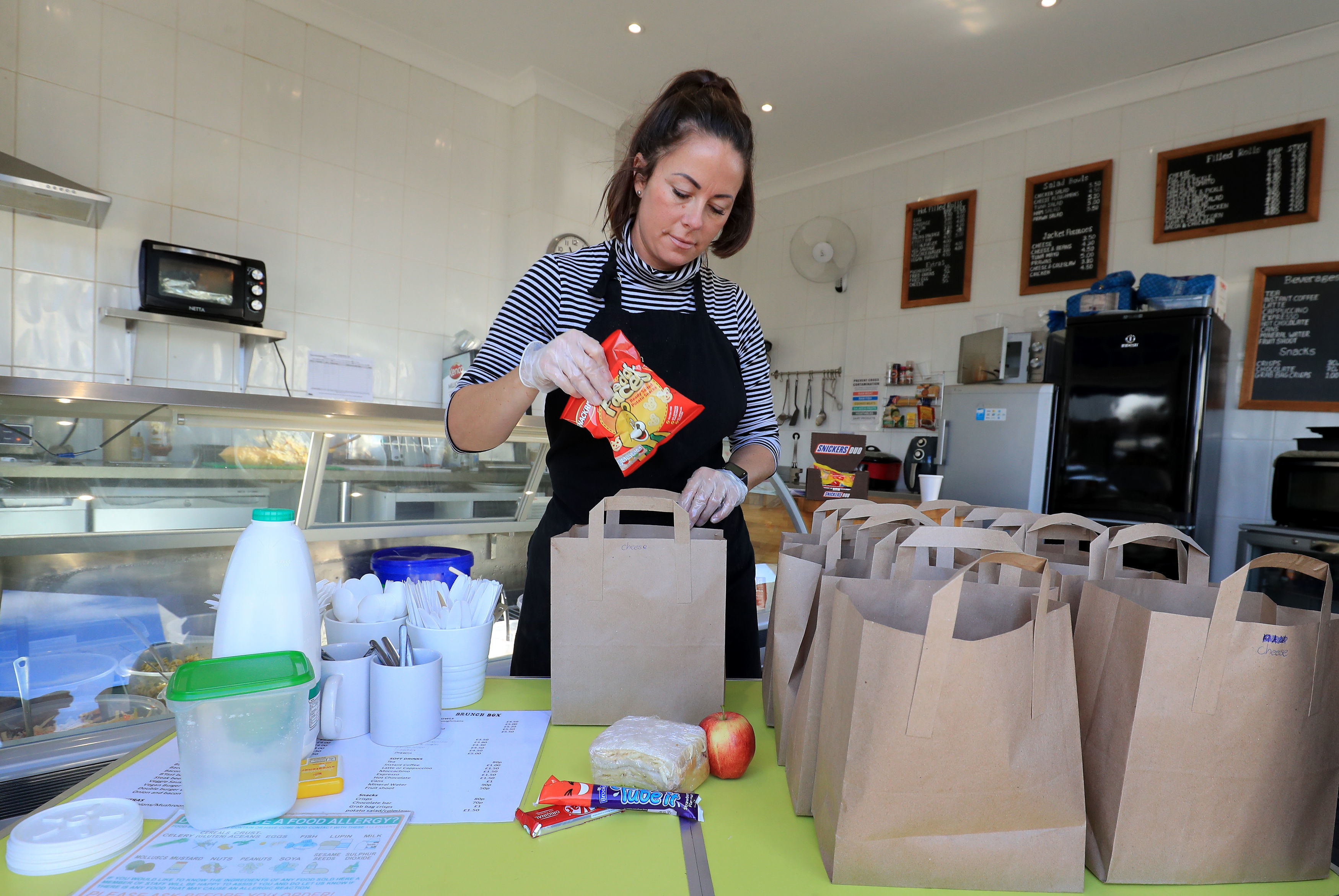 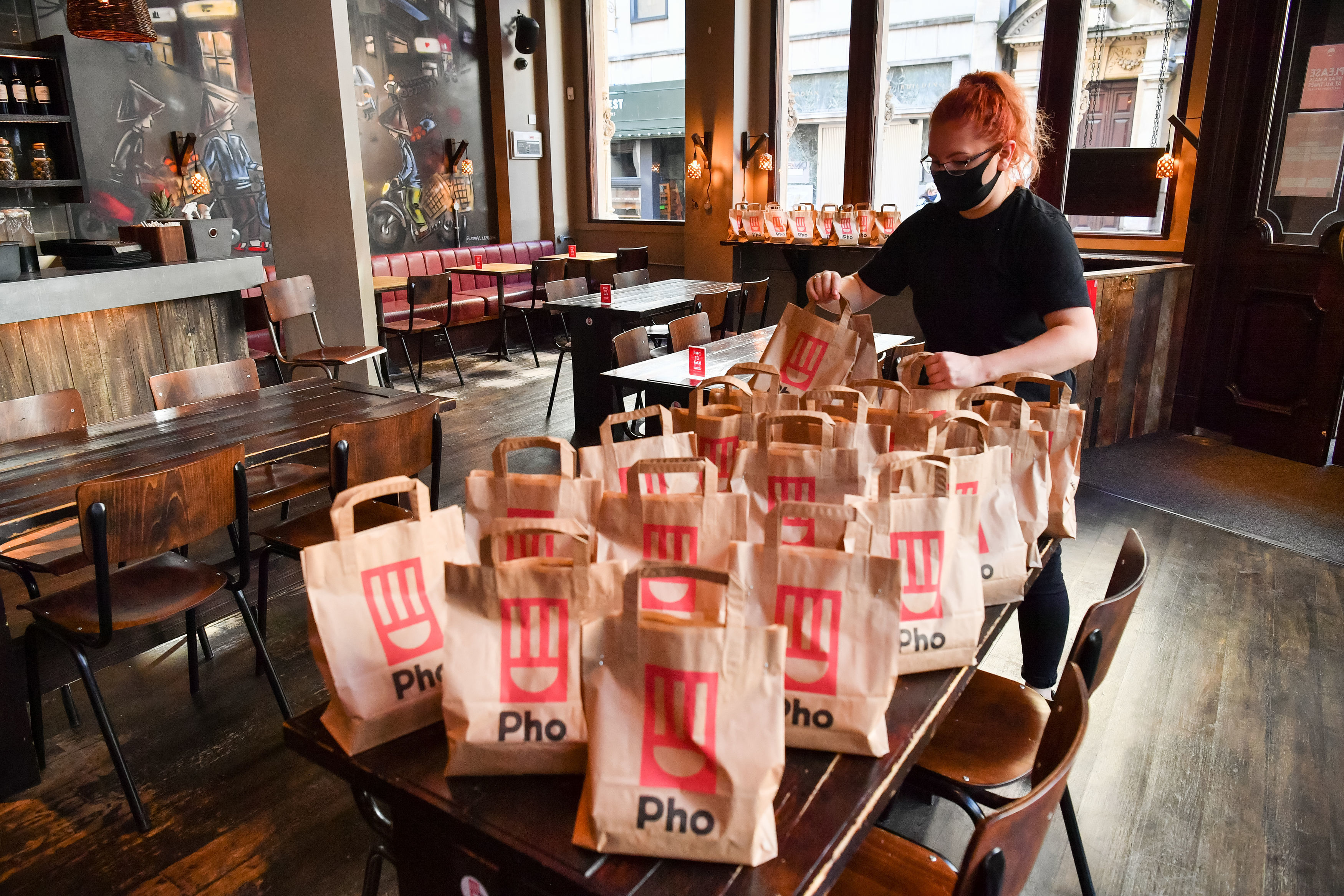 Thousands of businesses have stepped up to provide food for kids after the Government said it would not fund extra meals for the half term holidaysCredit: PA:Press Association

Football ace Rashford has backed Henry Dimbleby's recommendations for everyone on Universal Credit to be able to access free school meals.

And today the minister was asked about the idea.

"We have got to make sure we look at that, and look at how we do that," he told Radio 4 today.

"The most important thing is to be able to target the money to those who most need it."

The Government is facing mounting public anger at its refusal to extend free school meals into half-term and beyond following a campaign spearheaded by England footballer Rashford.

Businesses, community groups and councils have answered his call and provided thousands of free meals for children as schools in large parts of England began their October break yesterday.

The Holiday Activity and Food programme - which was piloted over 17 areas over the summer - could also be extended.

The idea is the brainchild of Henry Dimbleby, the Government's food tsar and co-founder of the Leon restaurant chain.

He said this morning of child poverty and hunger: "the problem is real, it's immediate and it's going to get worse".

"One in seven families already are reporting not be able to afford enough food."

He said that "in-kind support" through holiday clubs, providing food and education, had been shown to have a better impact than putting the same "small amount of money" into Universal Credit.

"I haven't been backward in coming forward with ideas that I have been feeding in to Treasury, to Education and to Number 10, ideas of how they could rapidly implement this by Christmas," he added.

Of the holiday clubs, where meals and activities can be provided, Mr Zahawi told Sky News: "These are incredibly important pilots, and we will look at how we can learn from those and how we can build on this.

"The best way to do it - as the Prime Minister quite rightly outlined - is through local government, 17 local authorities participated in that pilot, and of course through the actual welfare system, the Universal Credit system, delivering that additional help for those families."

Universal Credit has also been increased by £20 a week throughout the pandemic - but ministers have yet to say whether that will continue beyond April.

He told the same programme: "We are on course to cut that money back in just a few months time and for me that's just unconscionable.

"You can't give money to some of the poorest people in the country and then go out publicly and celebrate that fact and then say 'oh by the way, even though we may still be living with the consequences of the pandemic next April we are going to cut that money back by around £20 per week, £100 per month'.

"And that's going to be a much bigger headache for the Government than school meals."

And he argued that benefits for people who are still working have "become too squeezed" and that surviving on Universal Credit is "very very difficult" for a family. 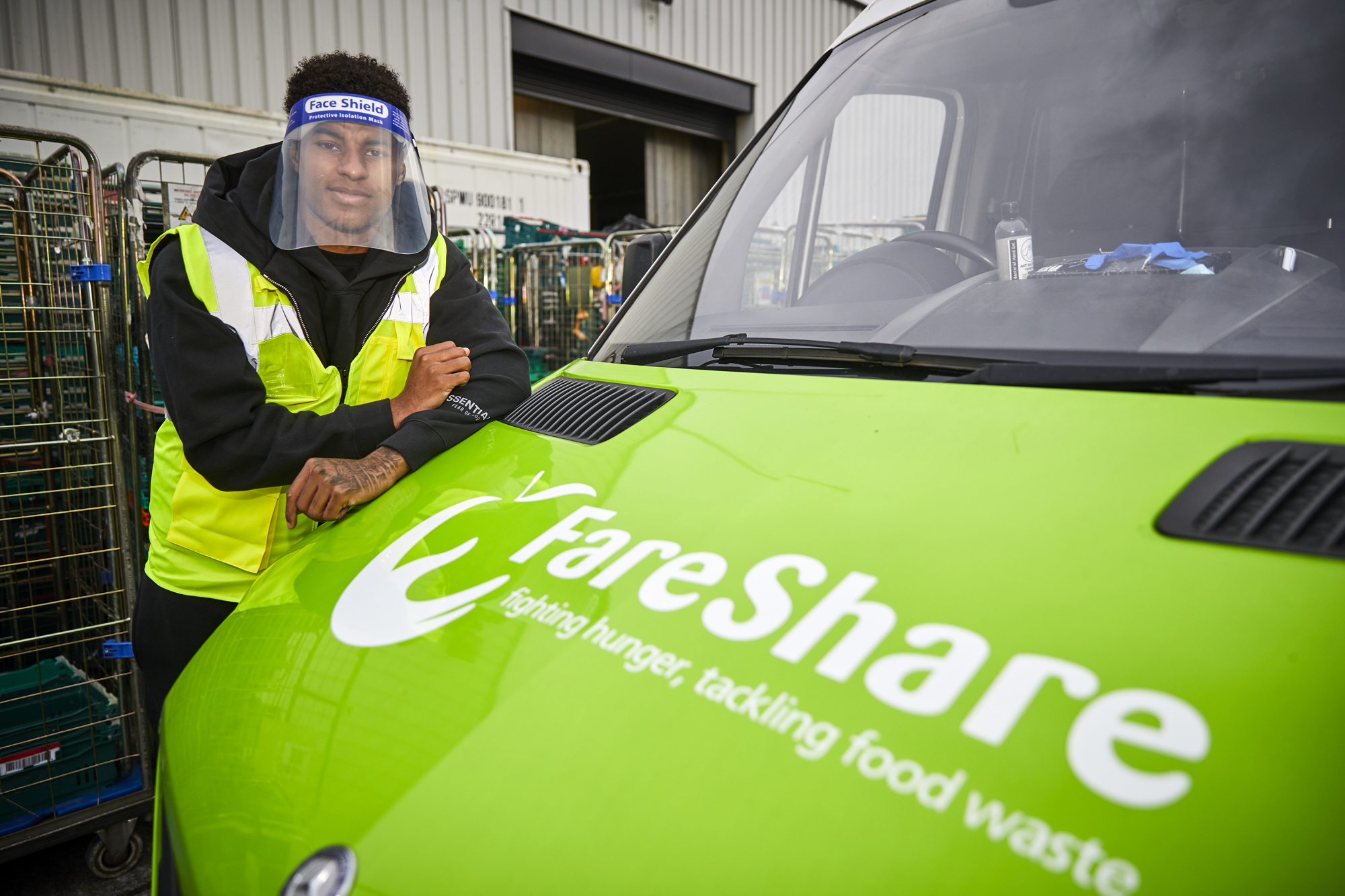 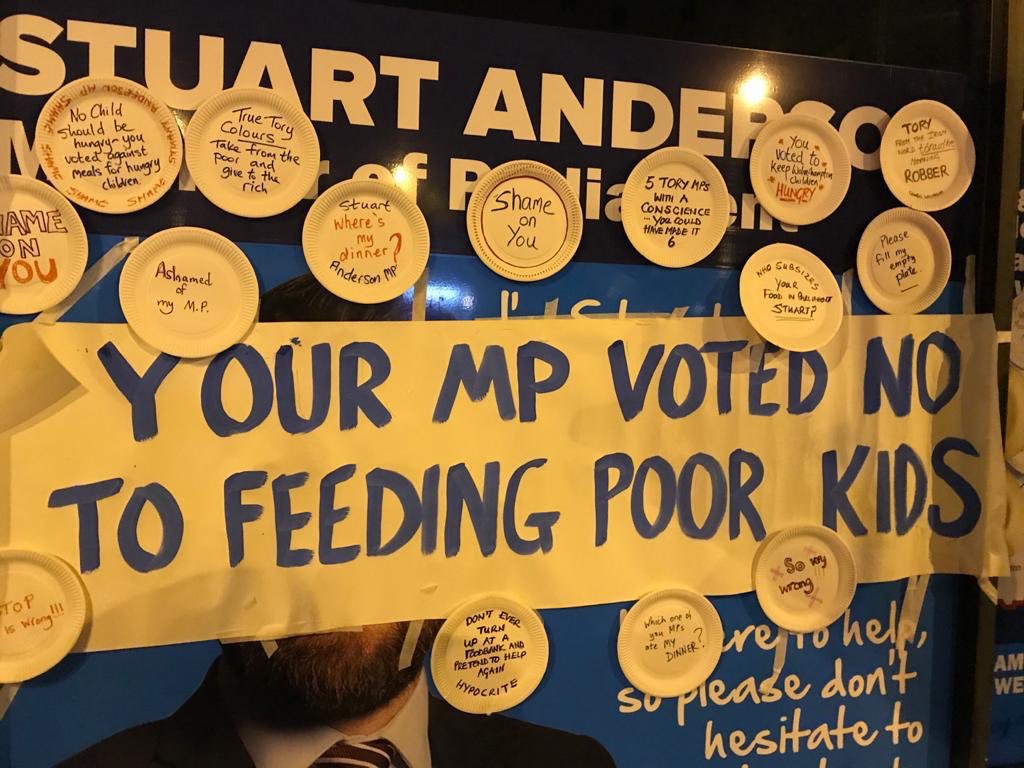 Tory MPs have had furious constituents attack them for the decision

The Sun has been campaigning for families to keep more of what they earn by reducing the punitive taper rate.

Through our Make Universal Credit Work campaign we have demanded ministers pay childcare costs upfront and slash the five-week wait for cash - aims supported by MPs.

Meanwhile, £63 million was announced in June by ministers to help local authorities feed vulnerable families - although officials say most of that cash has already been spent.

One million people are already receiving it and by the time the system is fully rolled out in 2023, nearly 7 million will be on it.

But there are big problems with the flagship new system - it takes 5 weeks to get the first payment and it could leave some families worse off by thousands of pounds a year.

And while working families can claim back up to 85 per cent of their childcare costs, they must find the money to pay for childcare upfront - we’ve heard of families waiting up to 6 months for the money.

Working parents across the country told us they’ve been unable to take on more hours - or have even turned down better paid jobs or more hours because of the amount they get their benefits cut.

It’s time to Make Universal Credit work. We want the Government to:

Get paid faster: The Government must slash the time Brits wait for their first Universal Credit payments from five to two weeks, helping stop 7 million from being pushed into debt. Keep more of what you earn:The work allowance should be increased and the taper rate should be slashed from 63p to 50p, helping at least 4 million families. Don’t get punished for having a family: Parents should get the 85 per cent of the money they can claim for childcare upfront instead of being paid in arrears.

Together, these changes will help Make Universal Credit Work.

Ministers are looking at ways to address the growing anger and come up with a solution before the Christmas period.

Labour has said it will force another vote in Parliament if the Government doesn't act.

The PM said yesterday: "I totally understand the issue of holiday hunger, it is there, we have to deal with it.

"The debate is how do you deal with it." 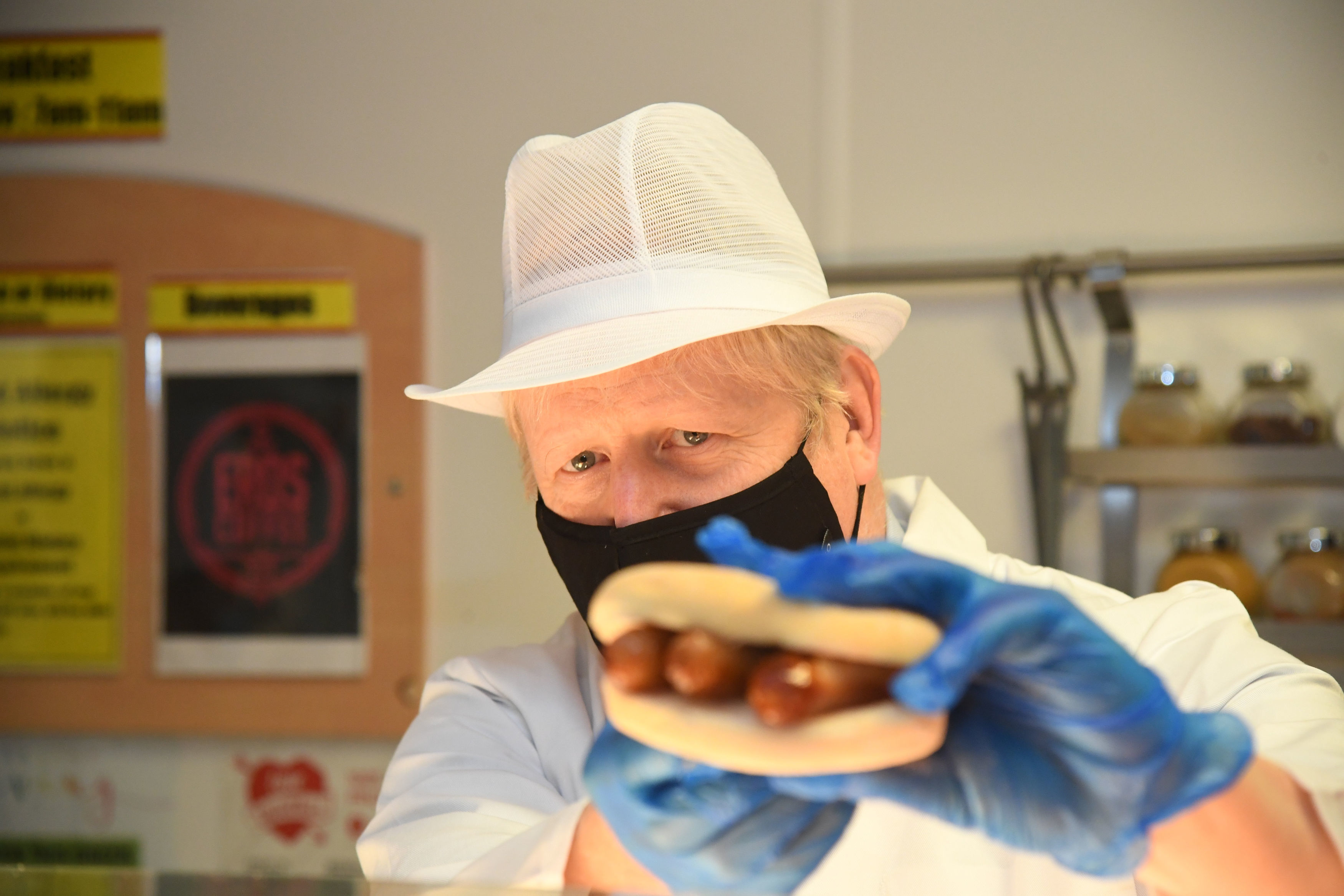 Boris Johnson said he was looking at how best to tackle child hungerCredit: PA:Press Association