A SUPER dad spent a year building a 50-foot pirate ship in his garden after his daughter asked for a pirate-themed Halloween.

Tony DeMatteo, from Rochester, New York, began working on the ship for 13-year-old Ali in November last year, and has kitted it out with firey lights that glow at night, smoke, and even a custom soundtrack. 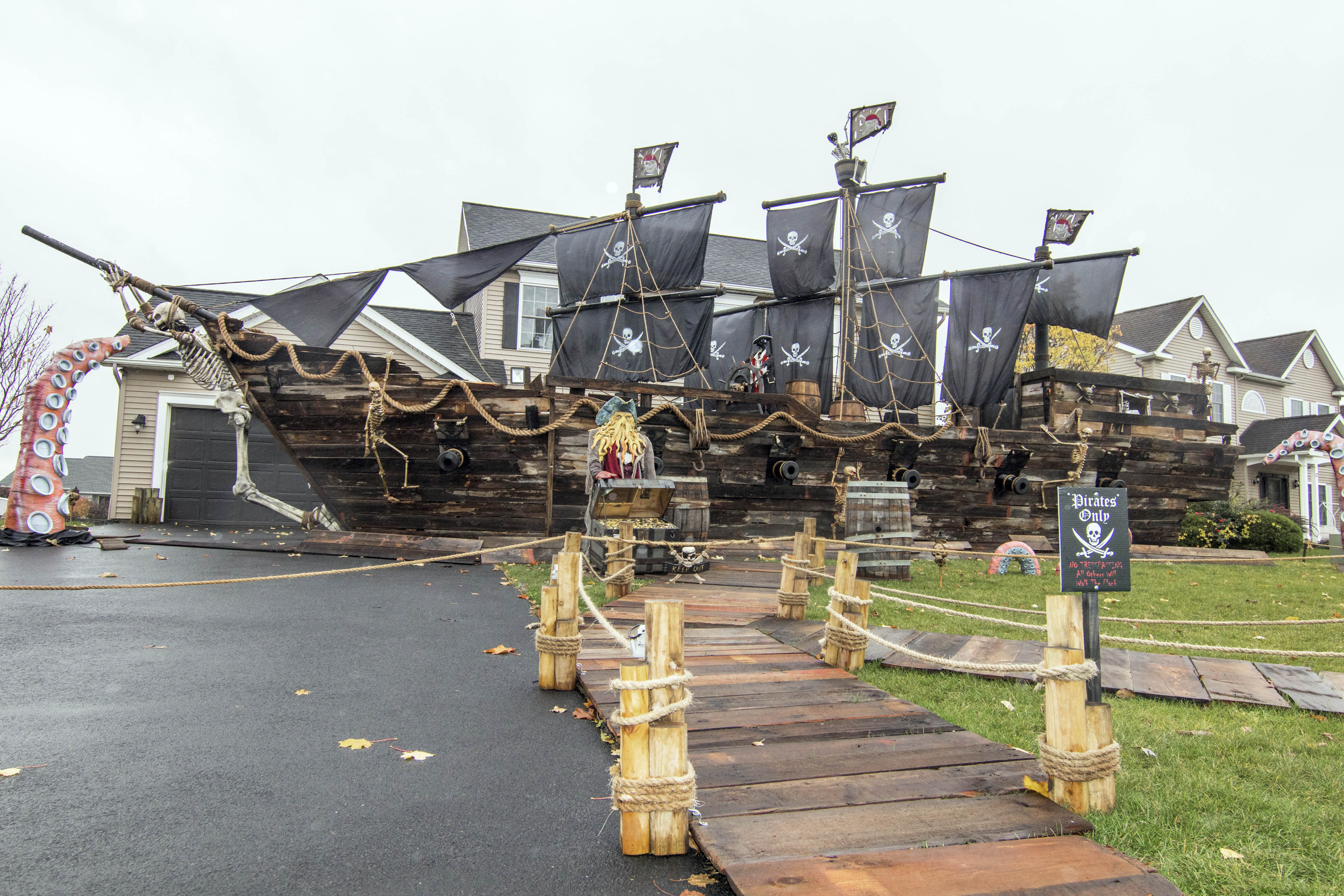 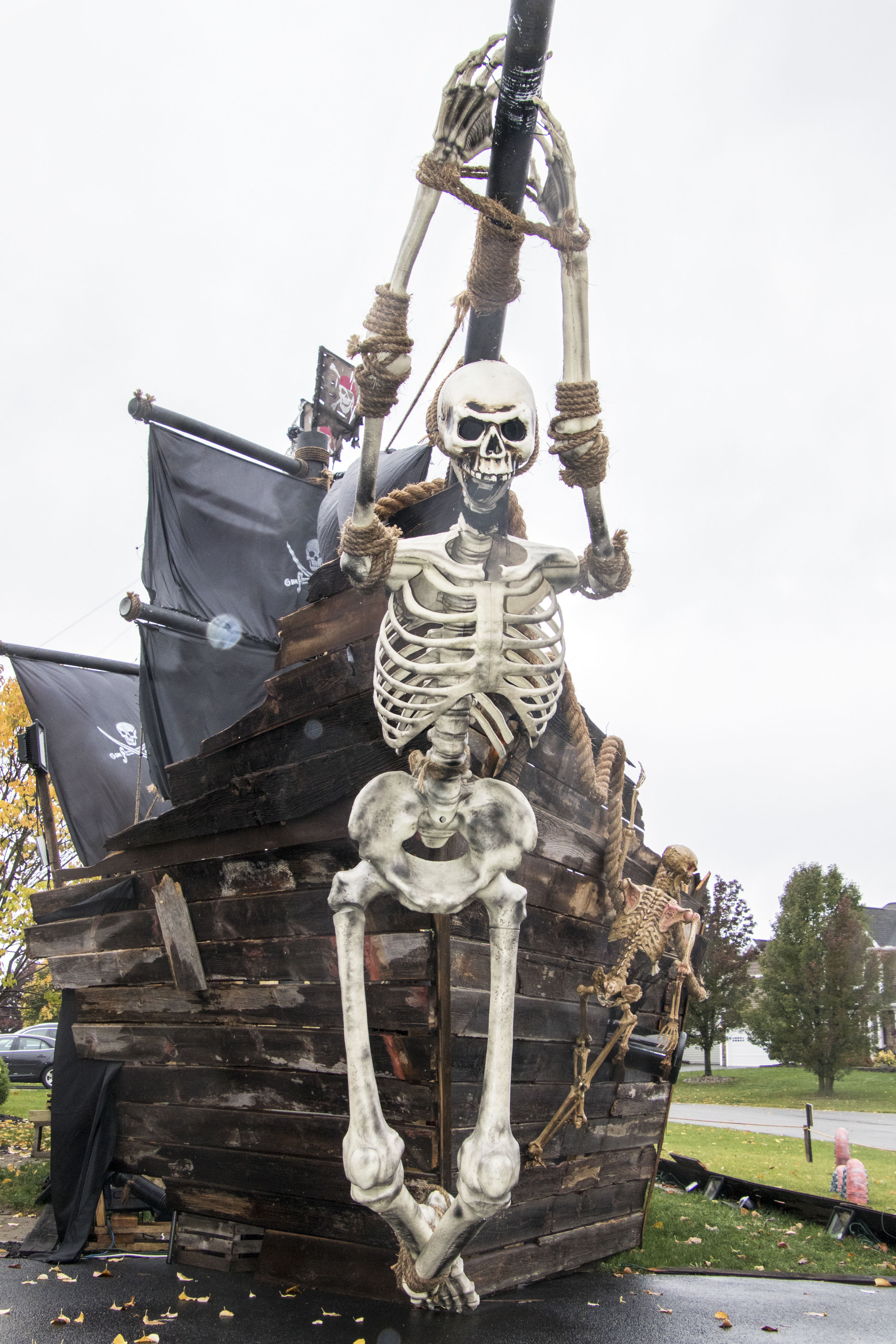 Tony built the ship after daughter Ali asked for a Pirates of the Caribbean-themed celebrationCredit: Caters News Agency 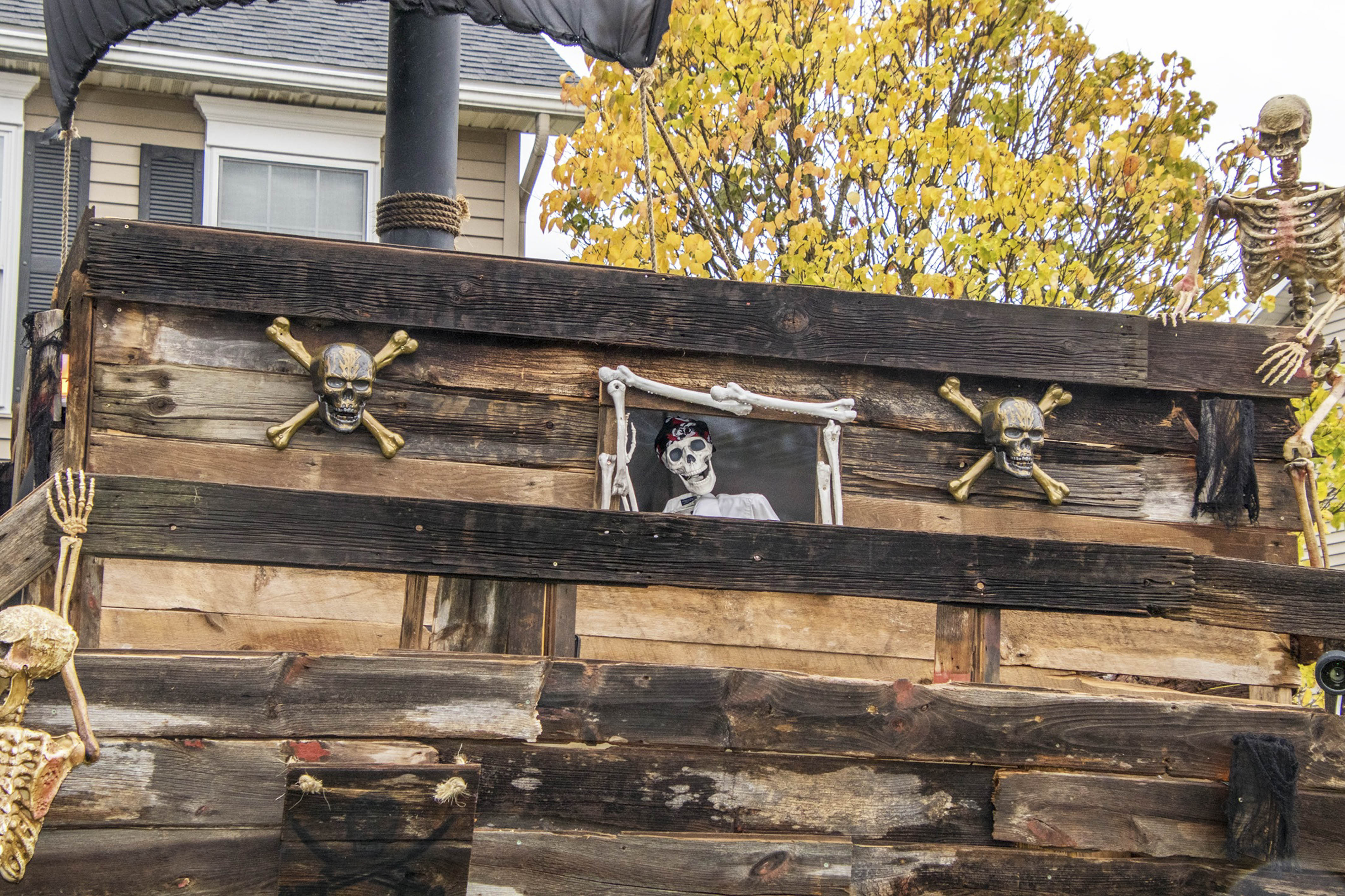 The ship is made entirely from scrap wood and metalCredit: Caters News Agency 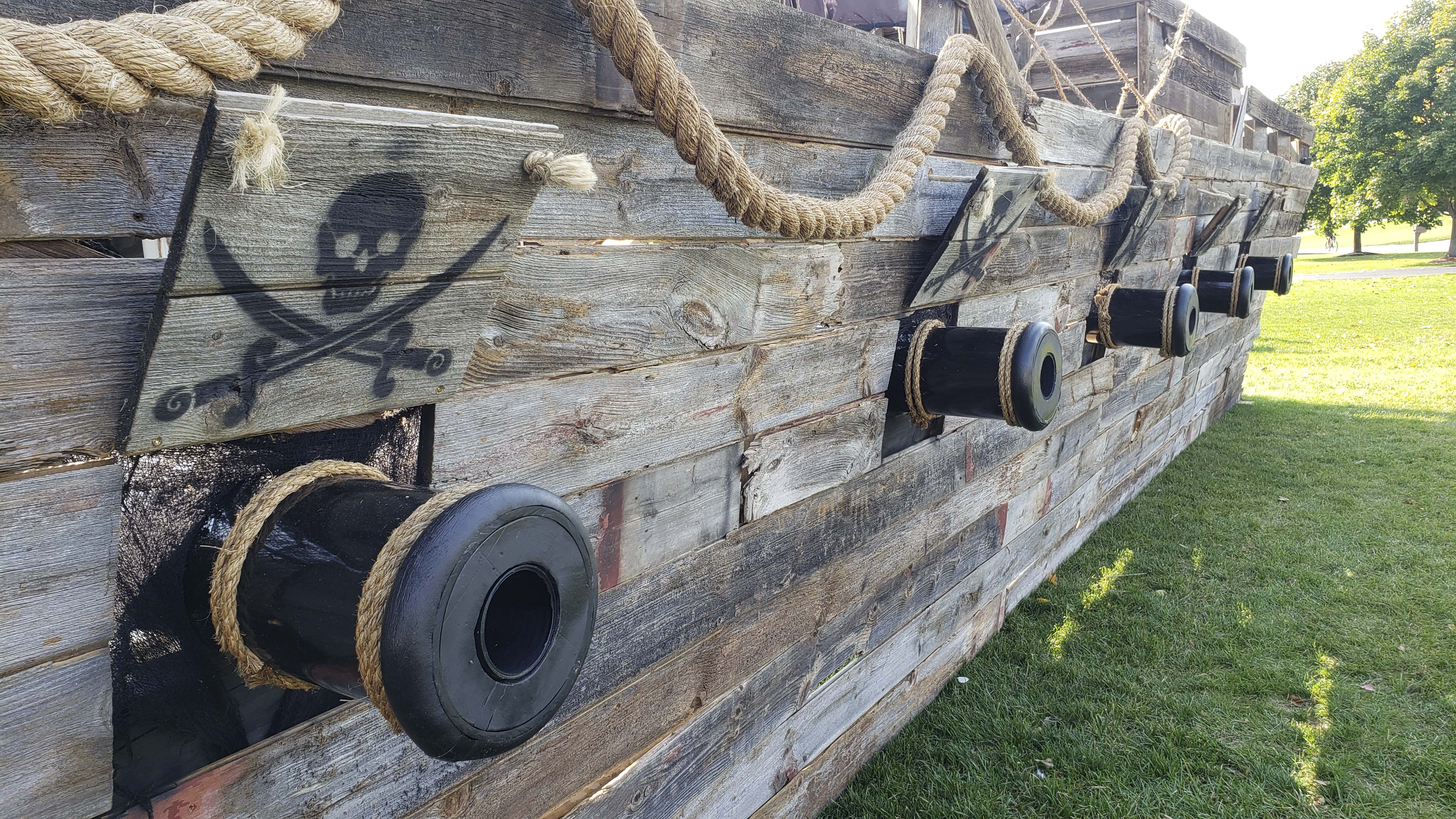 It is decorated with lights, smoke, and cannonsCredit: Caters News Agency

The ship was finally put up this month.

The 41-year-old dad says the project didn't cost him anything, and that he instead dedicated weekends to gathering old wood and metal and building the ship himself.

“Ali said she really wanted a pirate theme and I really wanted to do that for her but I didn’t think I could pull it off," he said.

“Over the course of the year I started gathering materials and it really started to look possible, I designed it all myself and built it.

“It started with a 30-minute soundtrack, which took forever. I started that in 2019 and finished it late on in this year.

“Everything you can see was made entirely from scratch."

Tony says he and his family have been putting on Halloween shows for around eight years, and that Ali wanted this year's celebrations to be based on Pirates of the Caribbean.

“It has gone down so well. My daughter loved it when it went up and it I was so happy to grant her wish.

“I don’t have any background in carpentry or set design and I didn’t need anything fancy, just enough to give it an authentic look.

“We used lights that we already owned, and I got all of the materials from scrap sites and friends."

Pictures from the construction stages of the ship show its frame and a set of flag poles - complete with Jolly Roger flags - in the family's garden.

Tony built each section individually before connecting them altogether and decorated the structure with props. 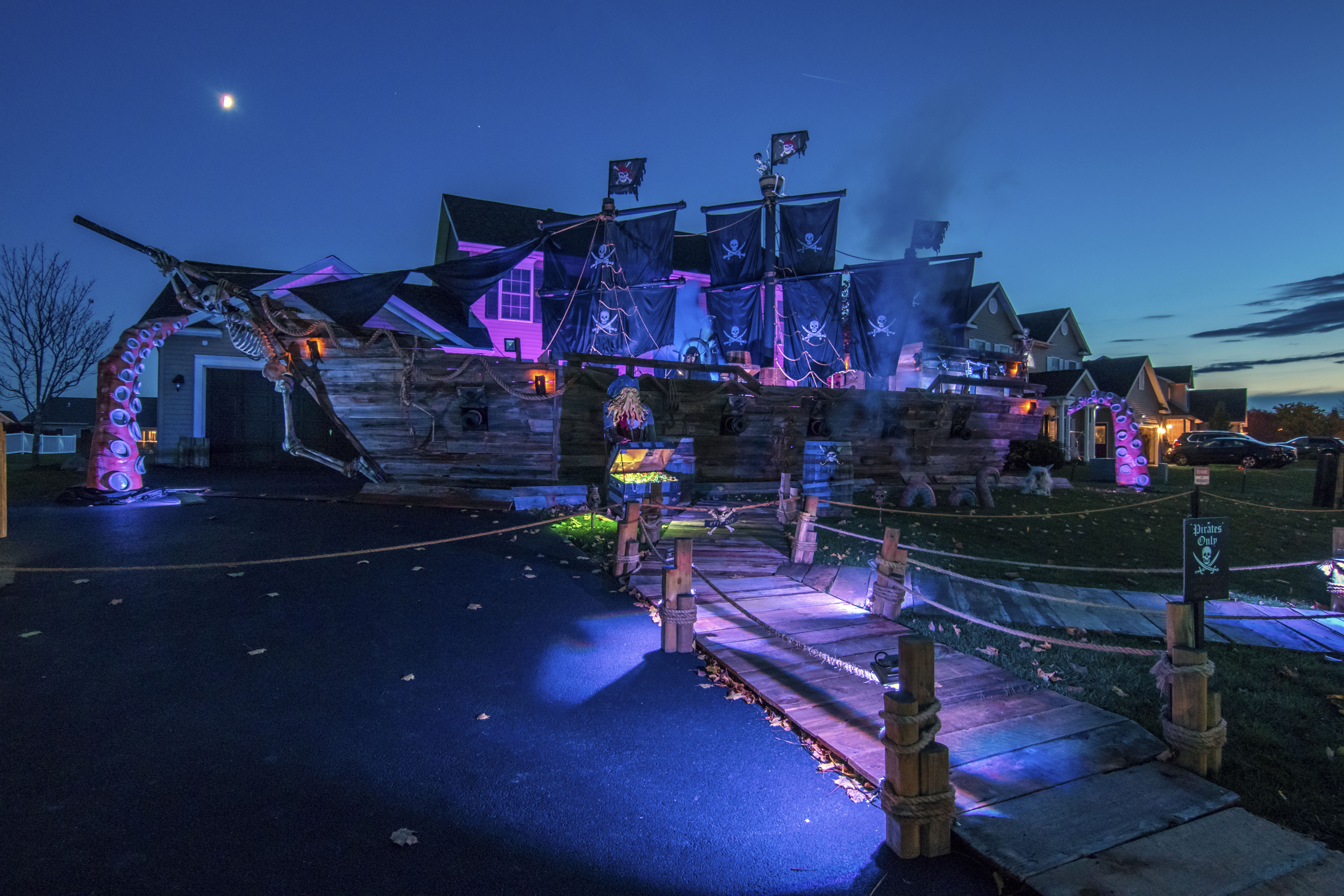 The ship seen lighted up at nightCredit: Caters News Agency 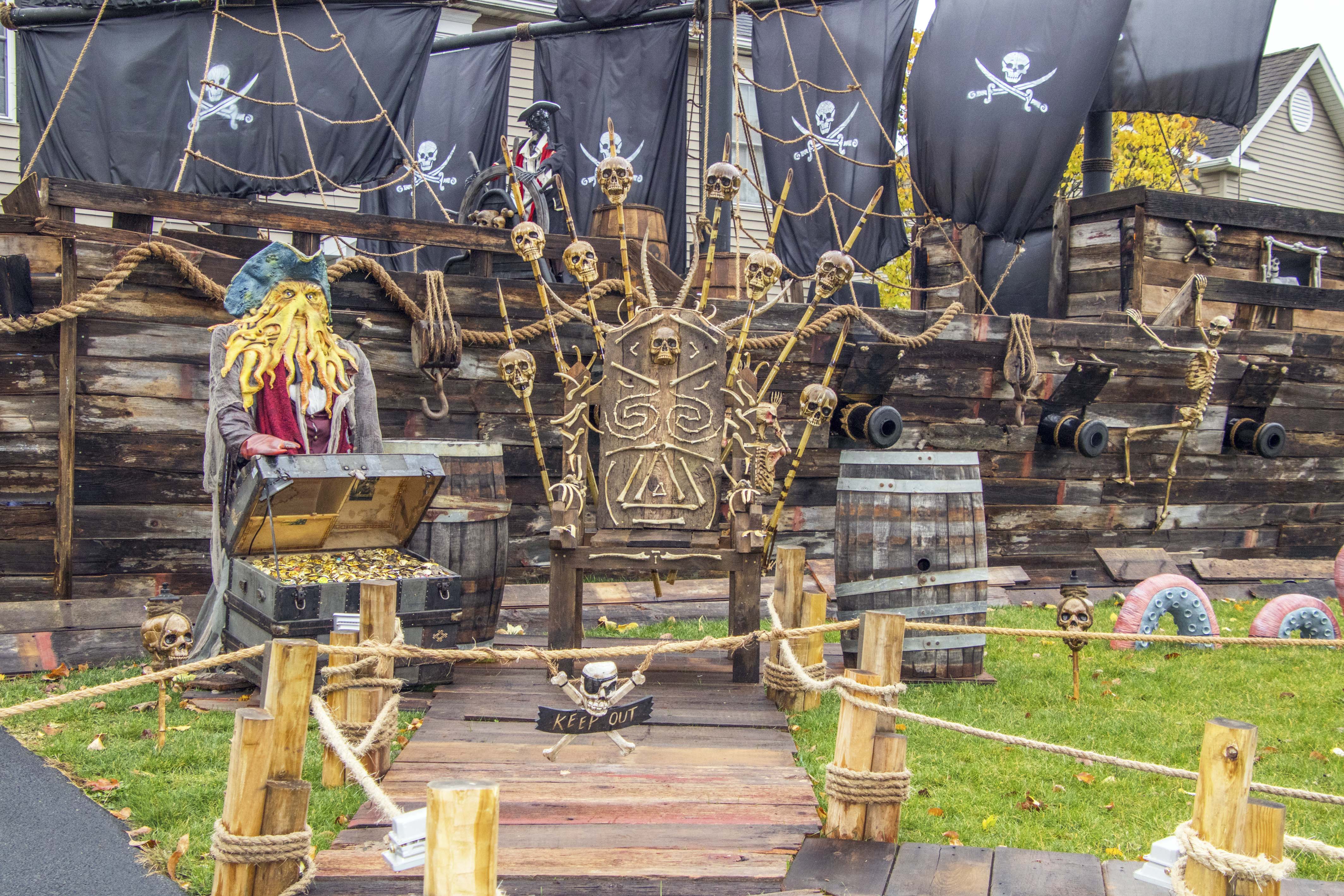 A throne and other props based on the Pirates of the Caribbean filmsCredit: Caters News Agency 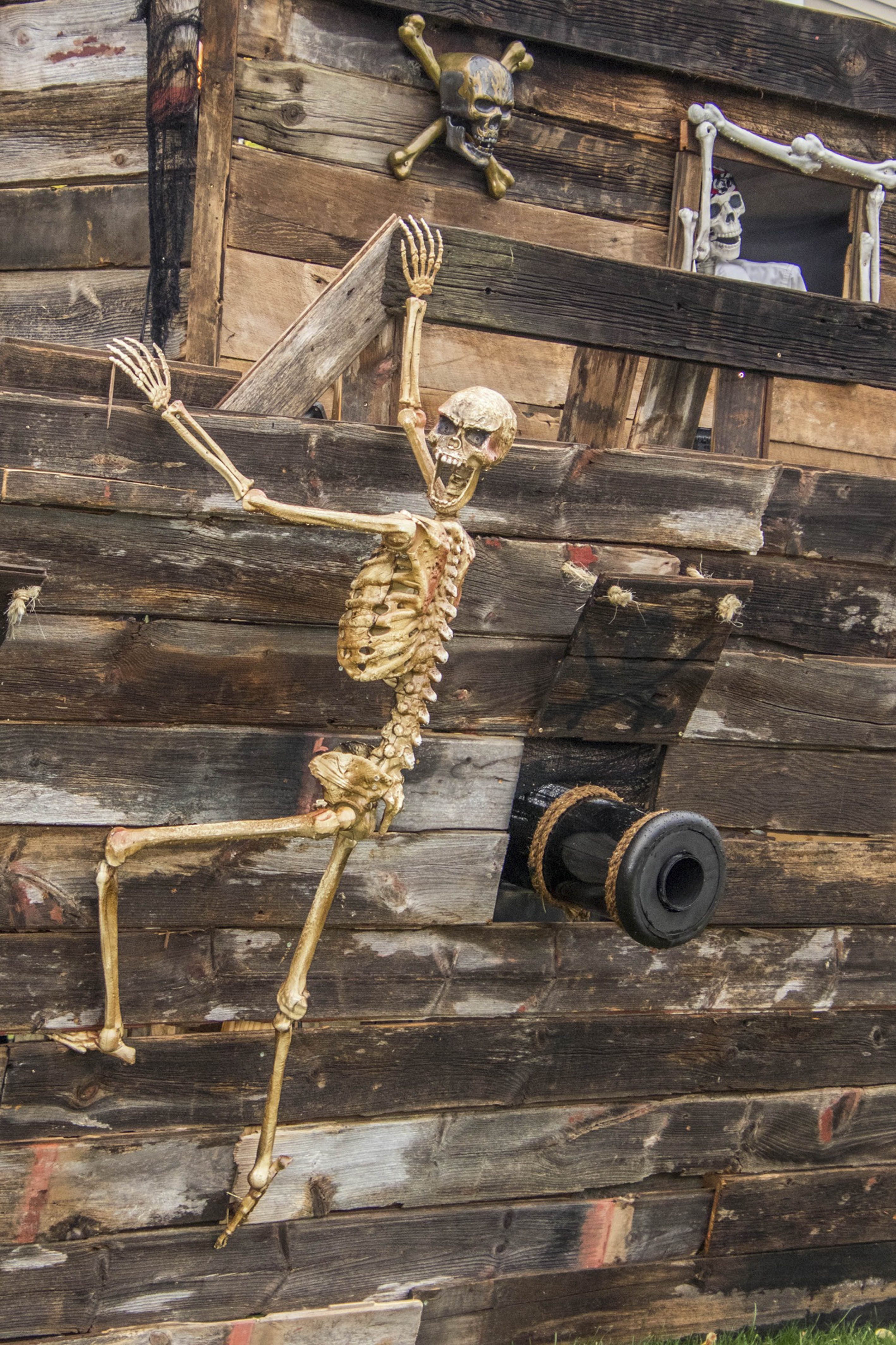 Tony got the materials for the ship from scrap sites and friendsCredit: Caters News Agency 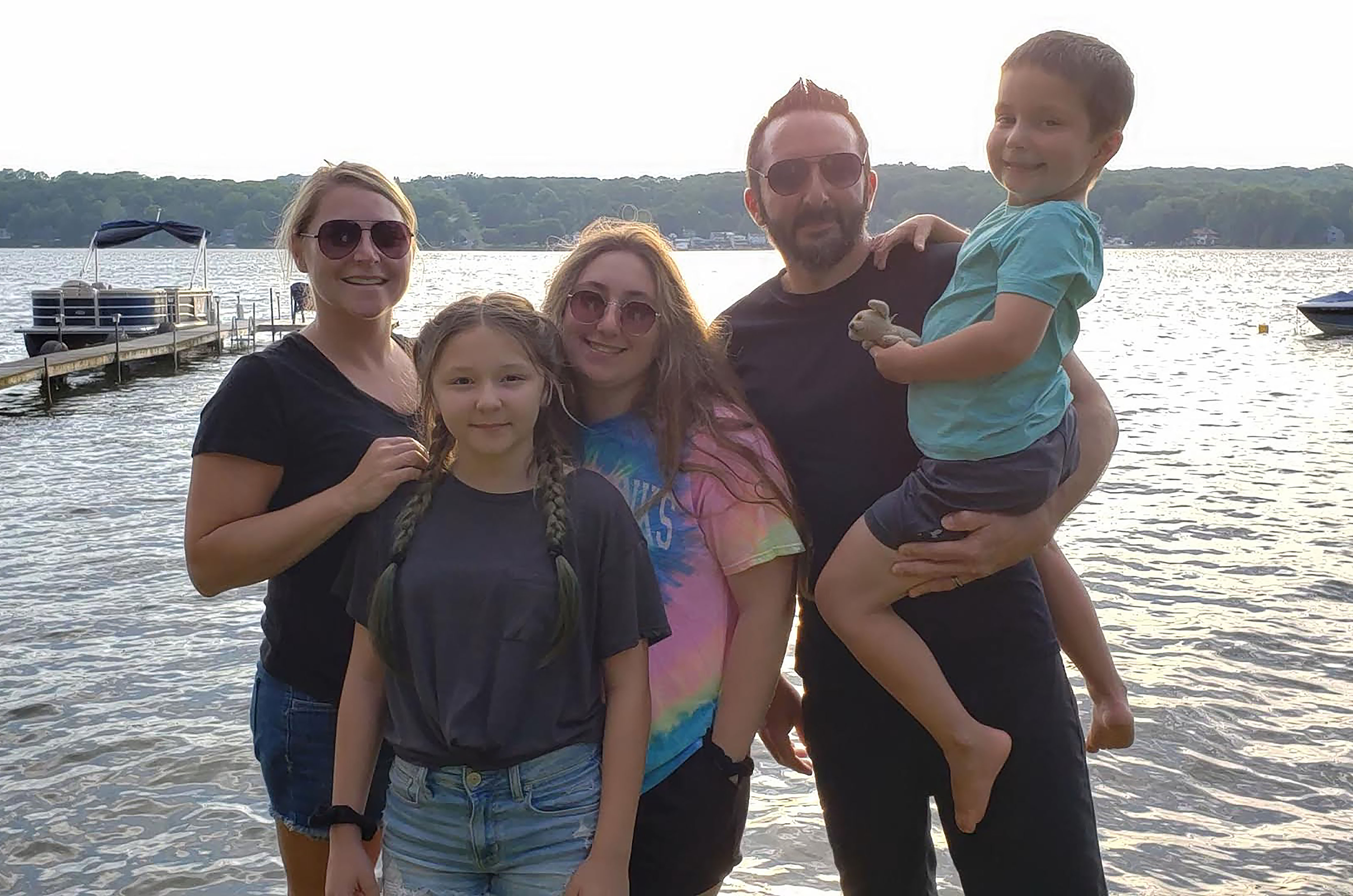 He and his family have been putting on Halloween shows for around eight yearsCredit: Caters News Agency

“Everyone that sees it is amazed," he said.

"I do it for fun and my kids get involved, which is great, but I never expected it to get the reaction it has.

“This year has been hard for everyone. Events are getting cancelled and kids are not in school so the positive reactions have been out of this world.

“It’s like being at Disney World for my kids and all of our neighbours come out to see it, eating snacks and enjoying the show.”

Tony says the ship took a lot of hard work but that it's been rewarding to see the joy it's brought to his kids, friends, and neighbours.

“The best part of this was seeing Ali’s face when it finally went up. Everything else is just a bonus," he said.

“I’m already thinking of what to do next year but whatever it is I’ll start making it now and try and go bigger and better." 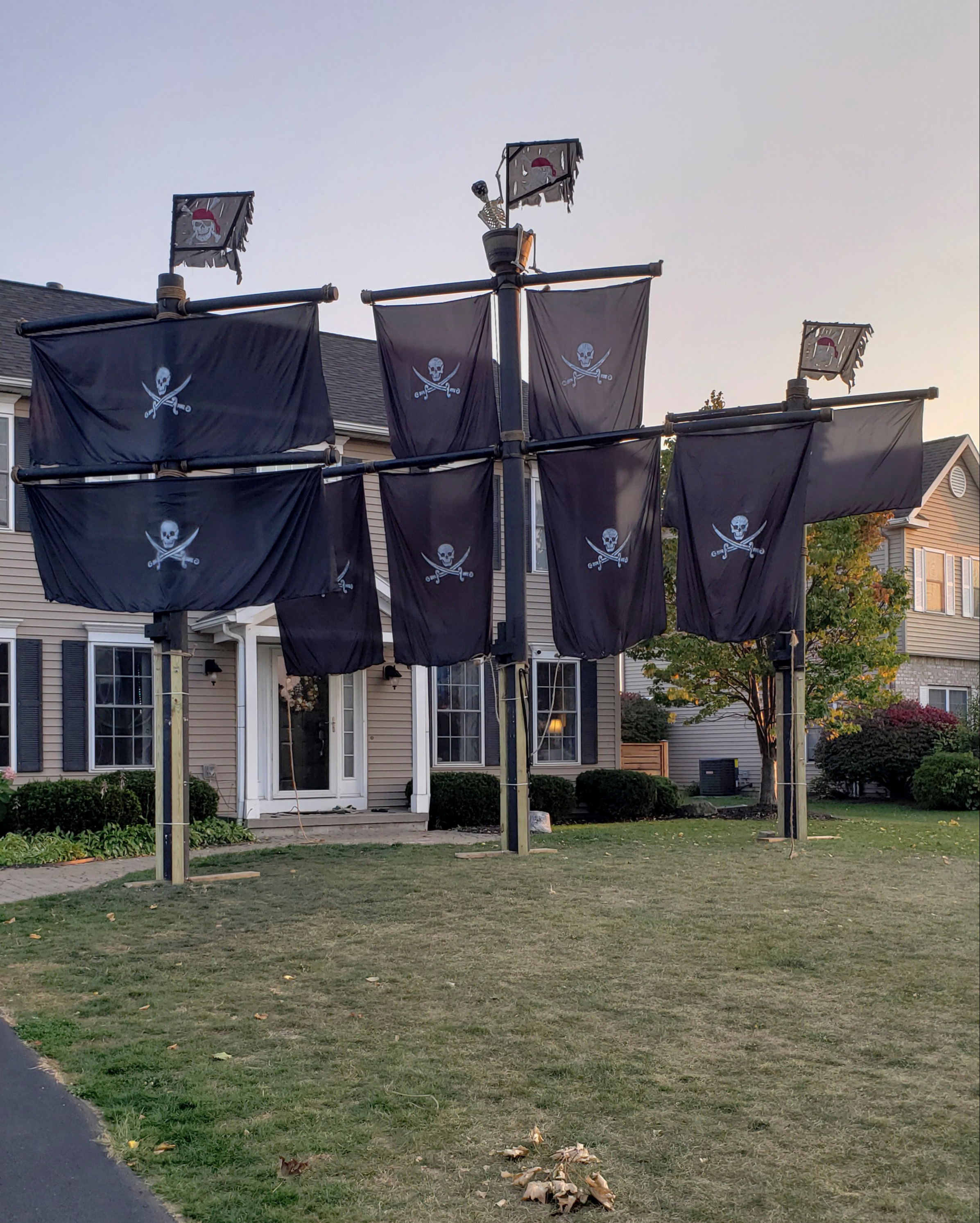 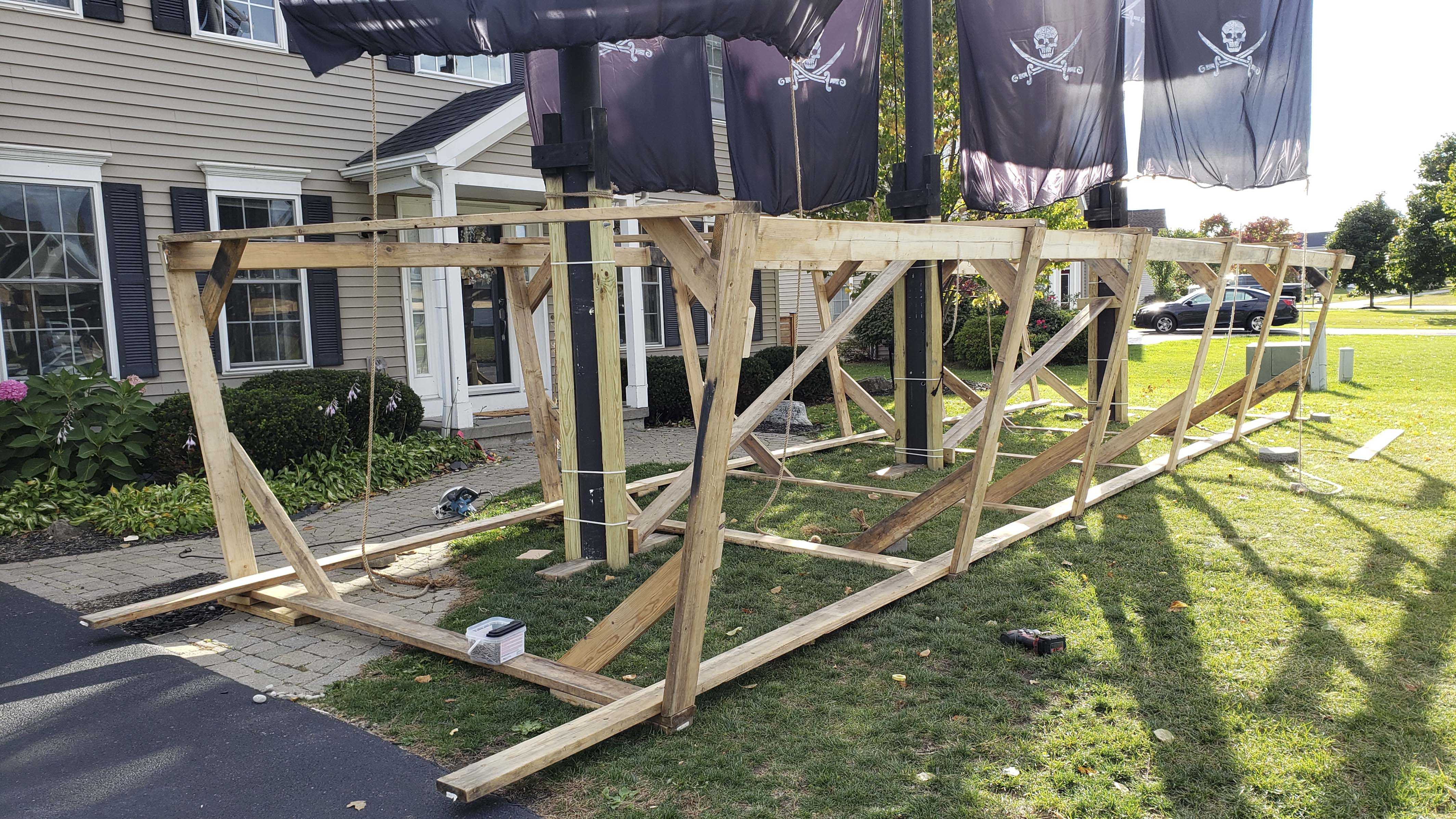 The frame of the ship seen part way through the constructionCredit: Caters News Agency 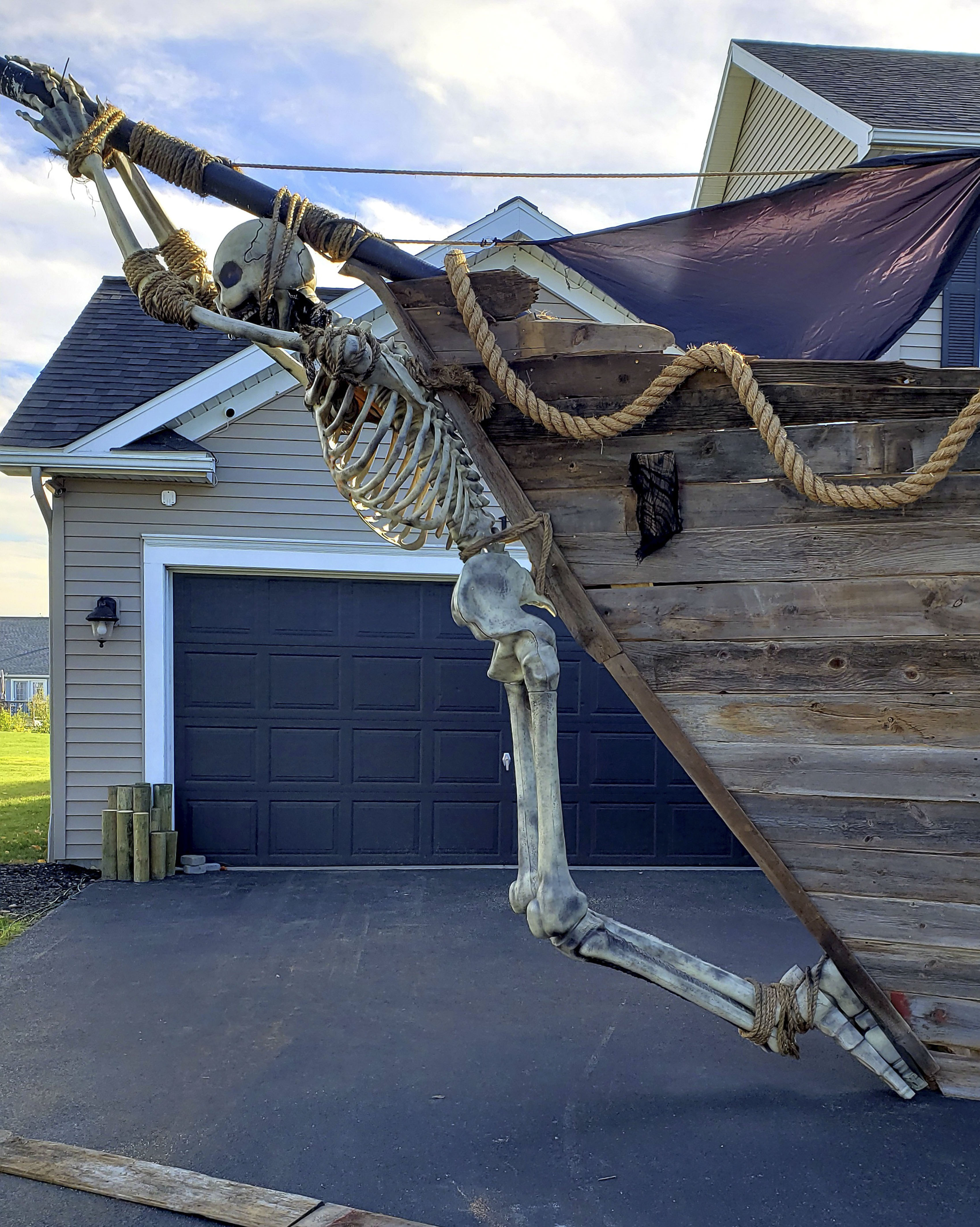 A model skeleton seen on the bow of the shipCredit: Caters News Agency
Read Entire Article