Alyssa George, 22, was arrested after she was allegedly caught taking packages from Missouri homes with the help of an unidentified man, KSDK reported. 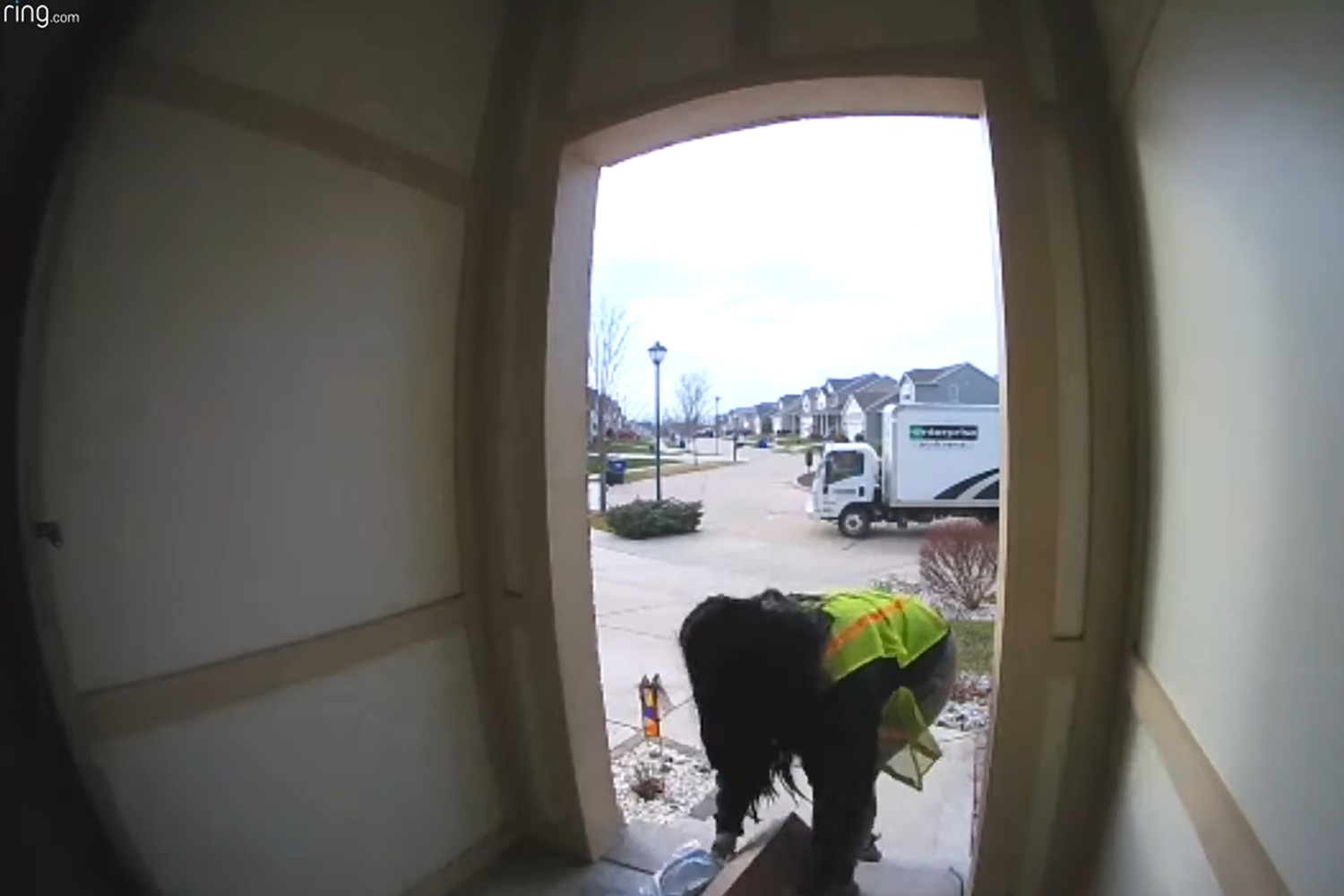 A woman was seen taking packages from homes – just days before ChristmasCredit: ring.com 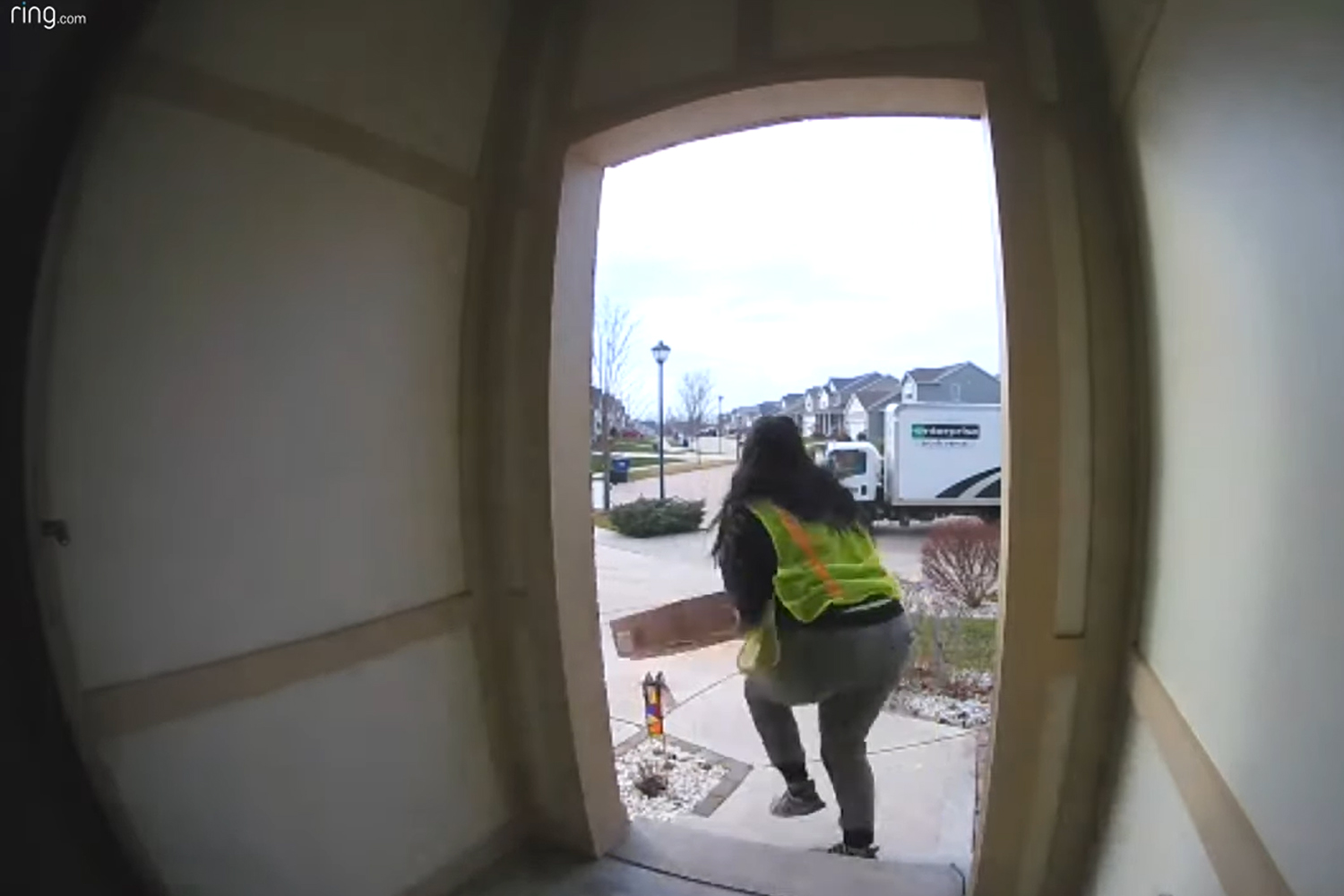 The St. Charles County Police Department shared video of a woman taking a package from outside a home.

Police said they were contacted about the incident on December 15 – just days before Christmas.

Video from a home surveillance system showed an Enterprise truck pull up outside the house, before the woman went up and snatched a package off the front porch.

Police asked for the public's help in identifying the woman.

"The suspect is described as a white female with long dark hair," police said. 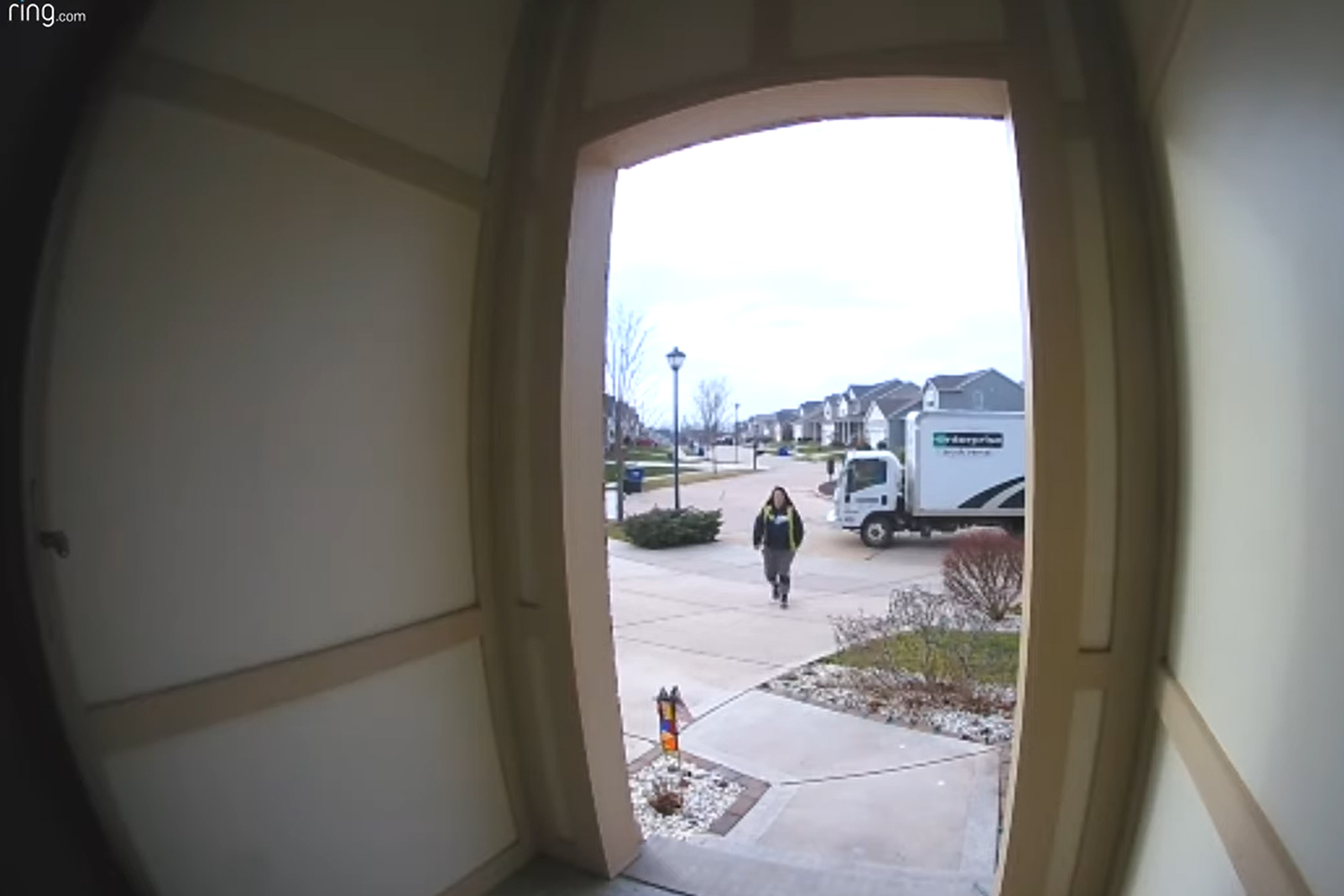 Video showed an Enterprise truck pull up outside the home as a woman walked up the drivewayCredit: ring.com 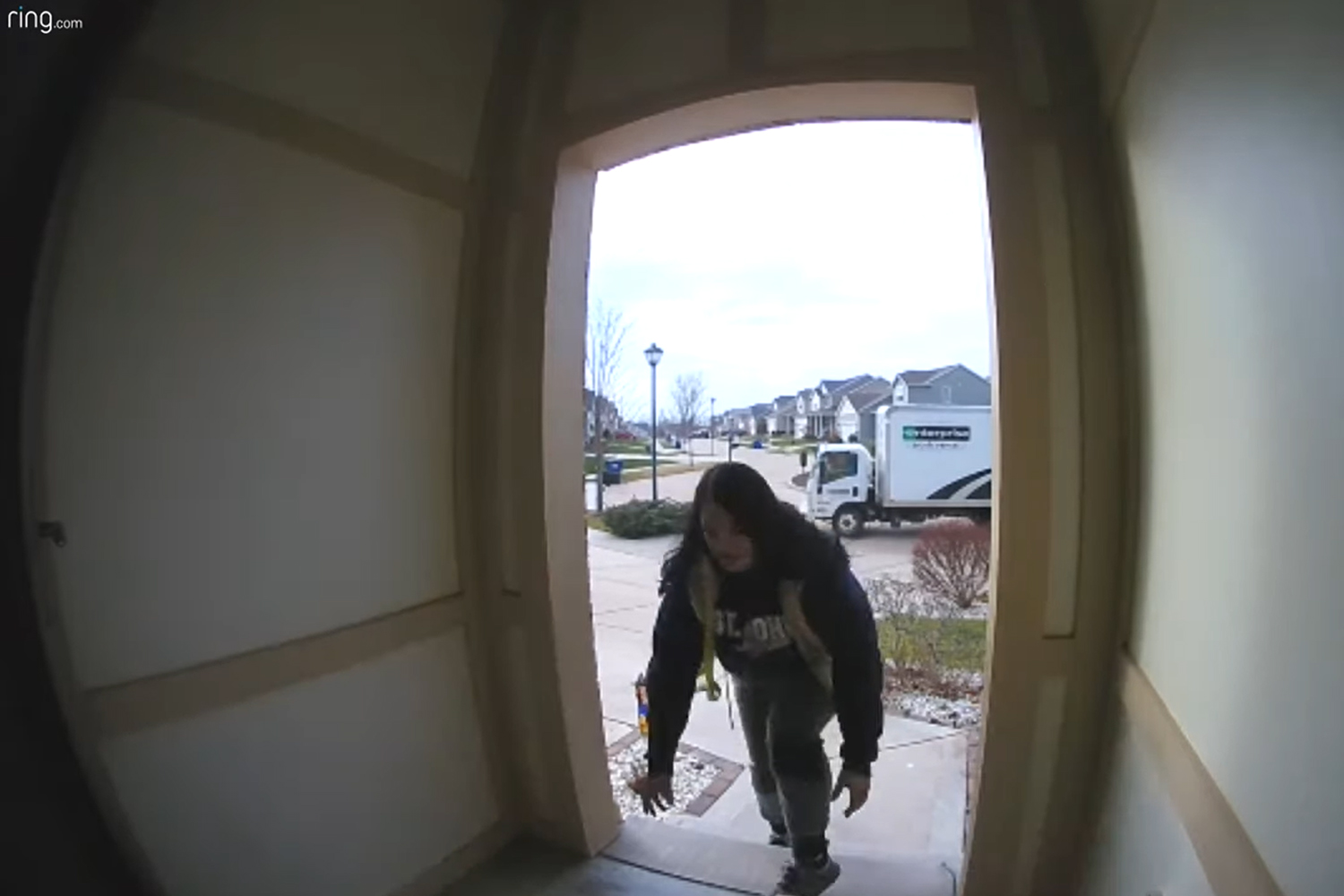 The woman bent down and scooped a package off the front porchCredit: ring.com

"She was wearing a dark-colored hoodie with the word St. John’s in white lettering, gray pants and shoes, and a fluorescent yellow and orange striped vest."

On December 17, police said in an update: "This suspect has been identified and charges are pending."

Police said they would not release the suspect's identity until charges were made in the incident.

The alleged thief was identified as Alyssa George, 22, KSDK reported.

She was accused in court documents of taking around 20 packages – totaling over $750. 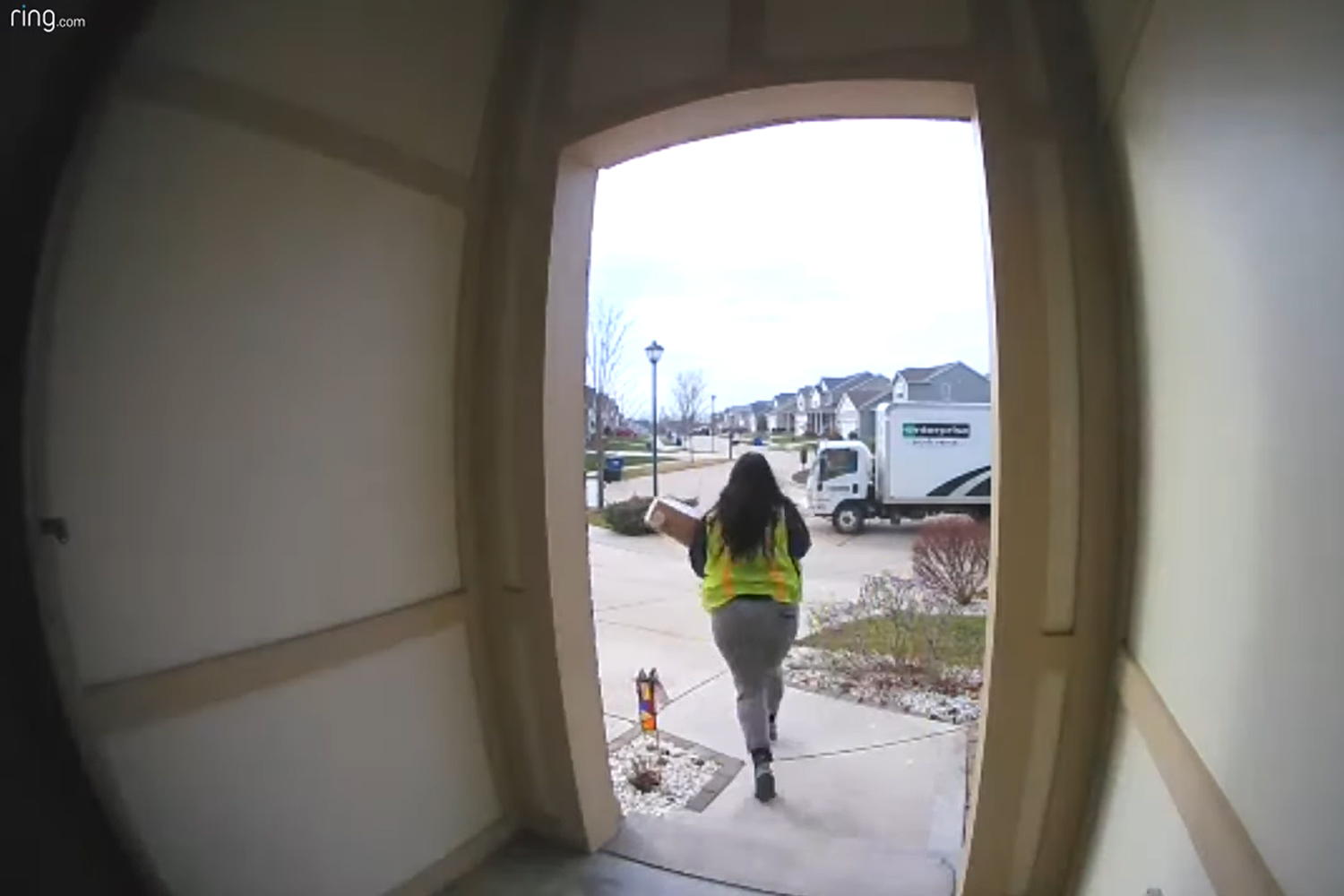 Police said the woman – with the help of an unidentified male – took around 20 packagesCredit: ring.com 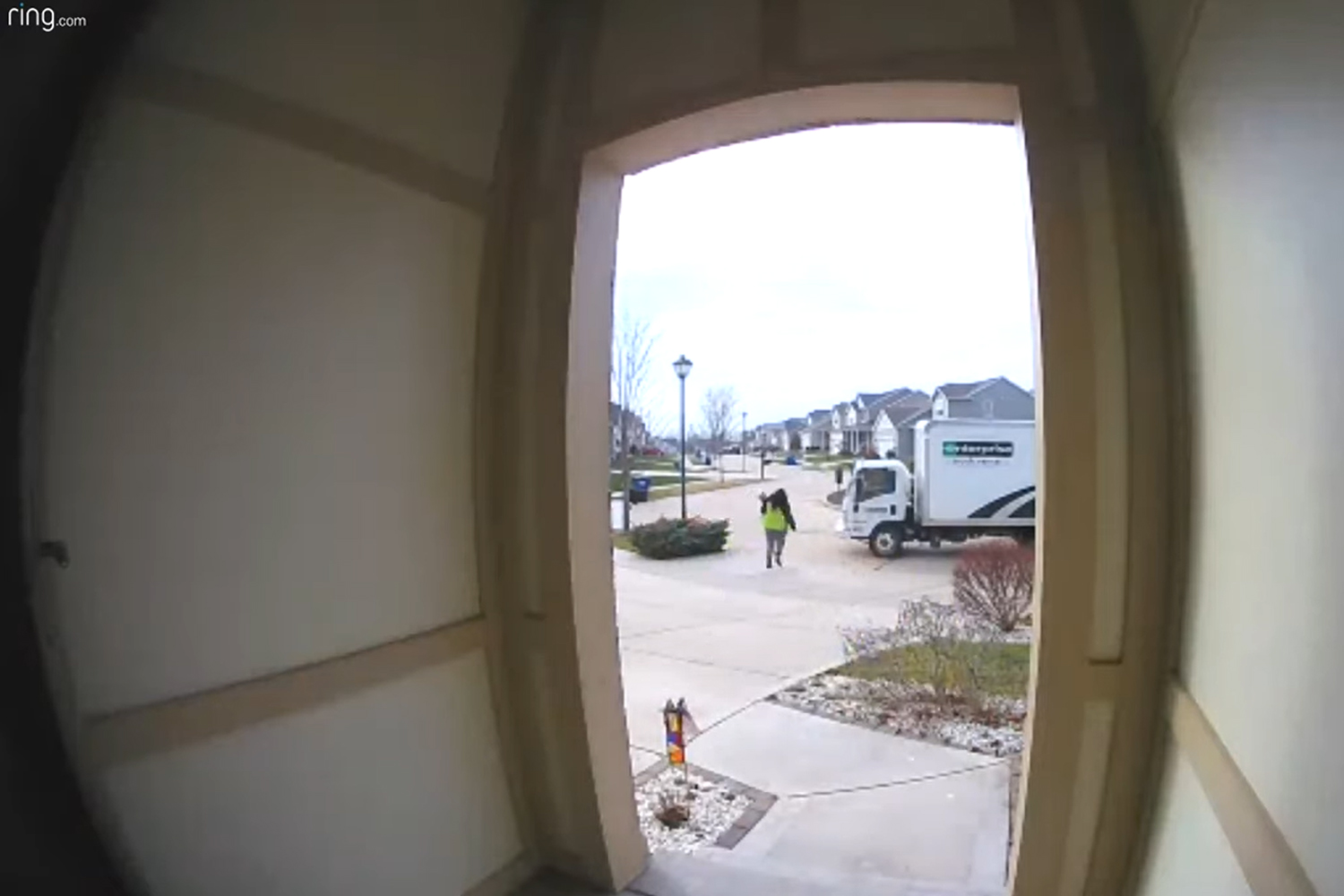 The woman was identified as Alyssa George, 22, in court documentsCredit: ring.com

The alleged package snatching is said to have taken place from December 15 to 17.

George was working for a third party Amazon delivery service, called Southland Parcel – and allegedly took the packages with an unidentified man while on her delivery route, according to court papers.

George told cops she does not work with Amazon anymore.

The ecommerce giant also confirmed George no longer is employed with them, KSDK reported.