A SENATOR said "hell no" and gave a thumbs down as she voted against Amy Coney Barrett's confirmation to the Supreme Court.

Footage shows Senator Mazie Hirono walking off the Senate floor after declaring her view as the roll call of the vote continued to be read out. 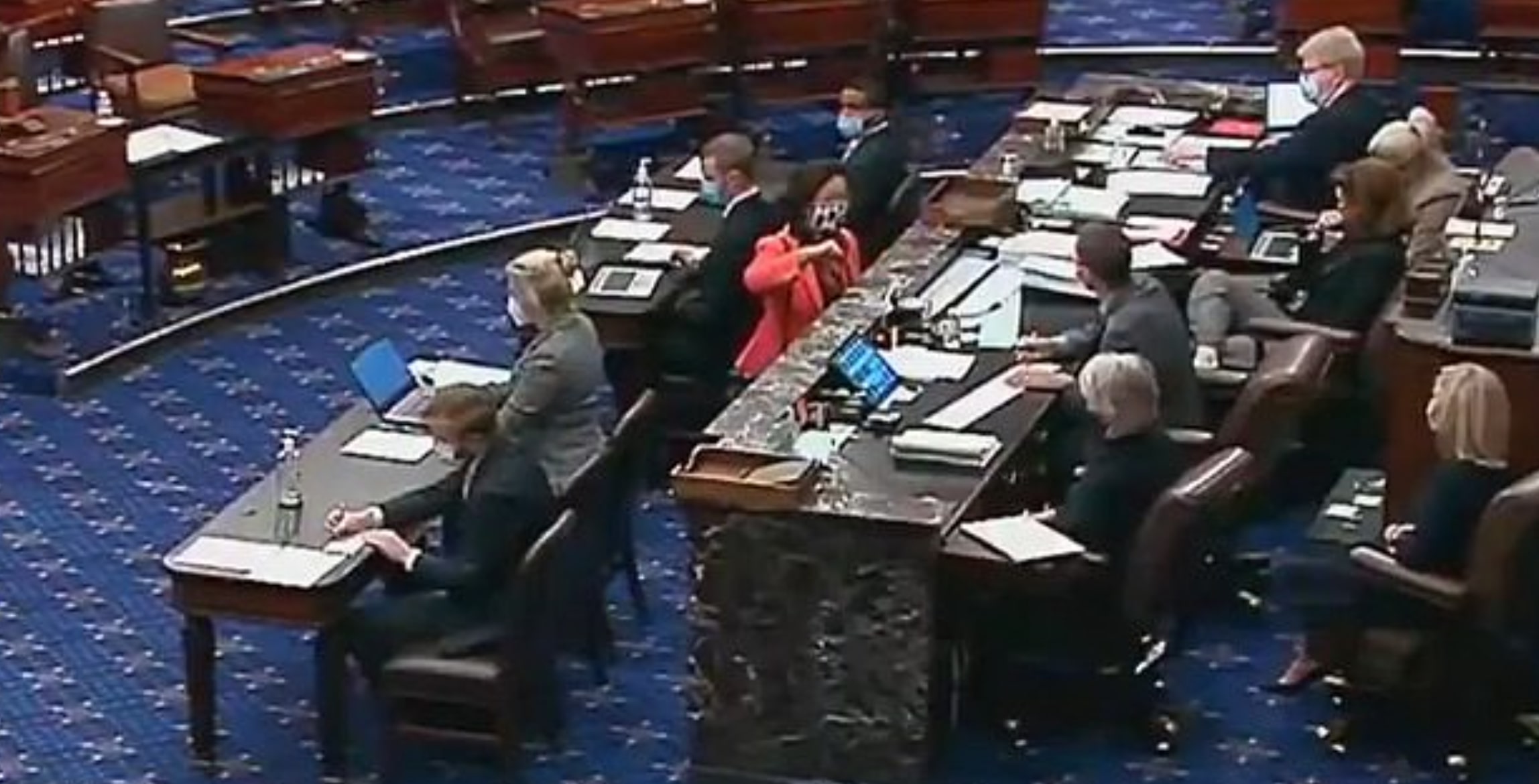 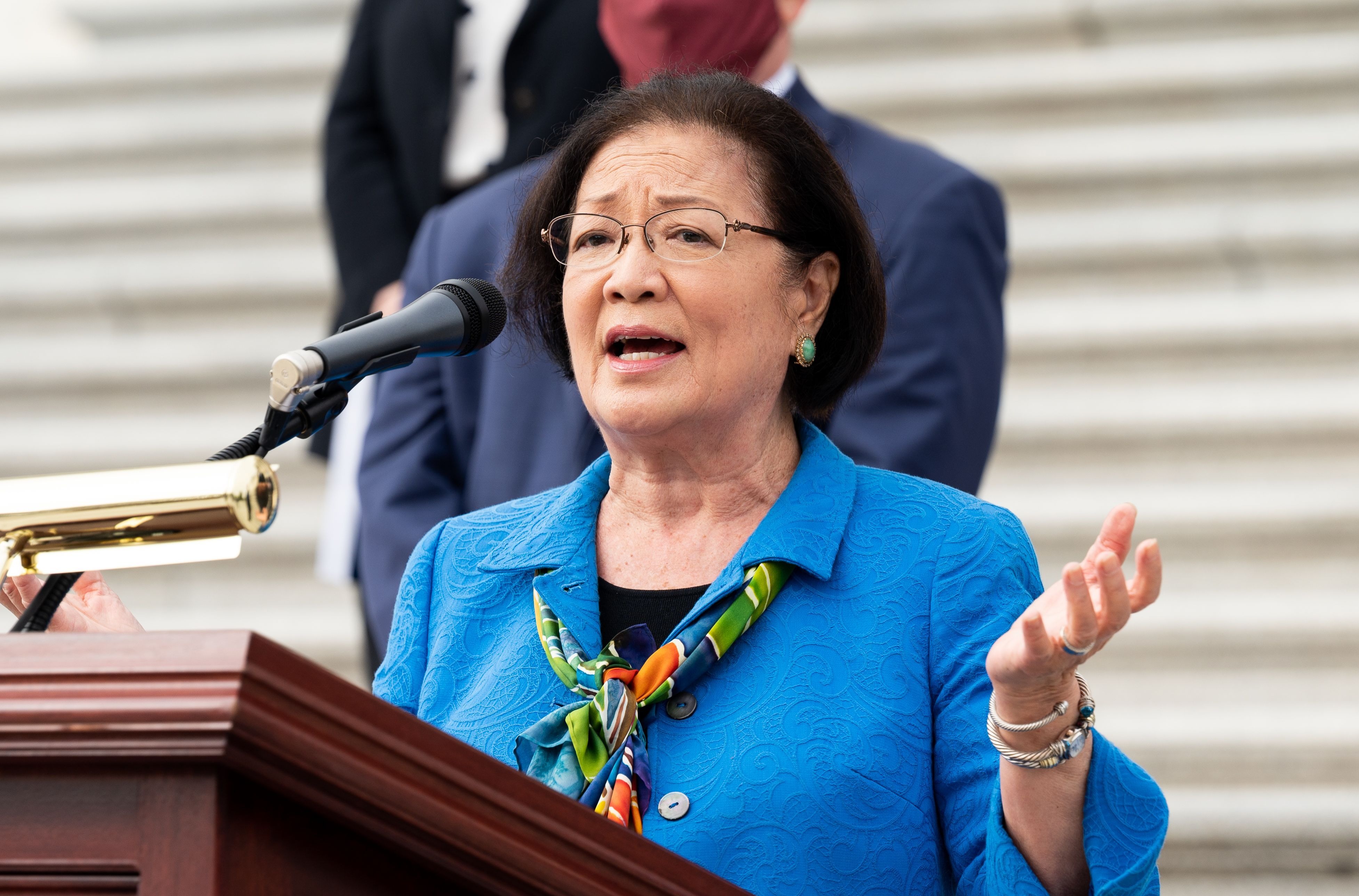 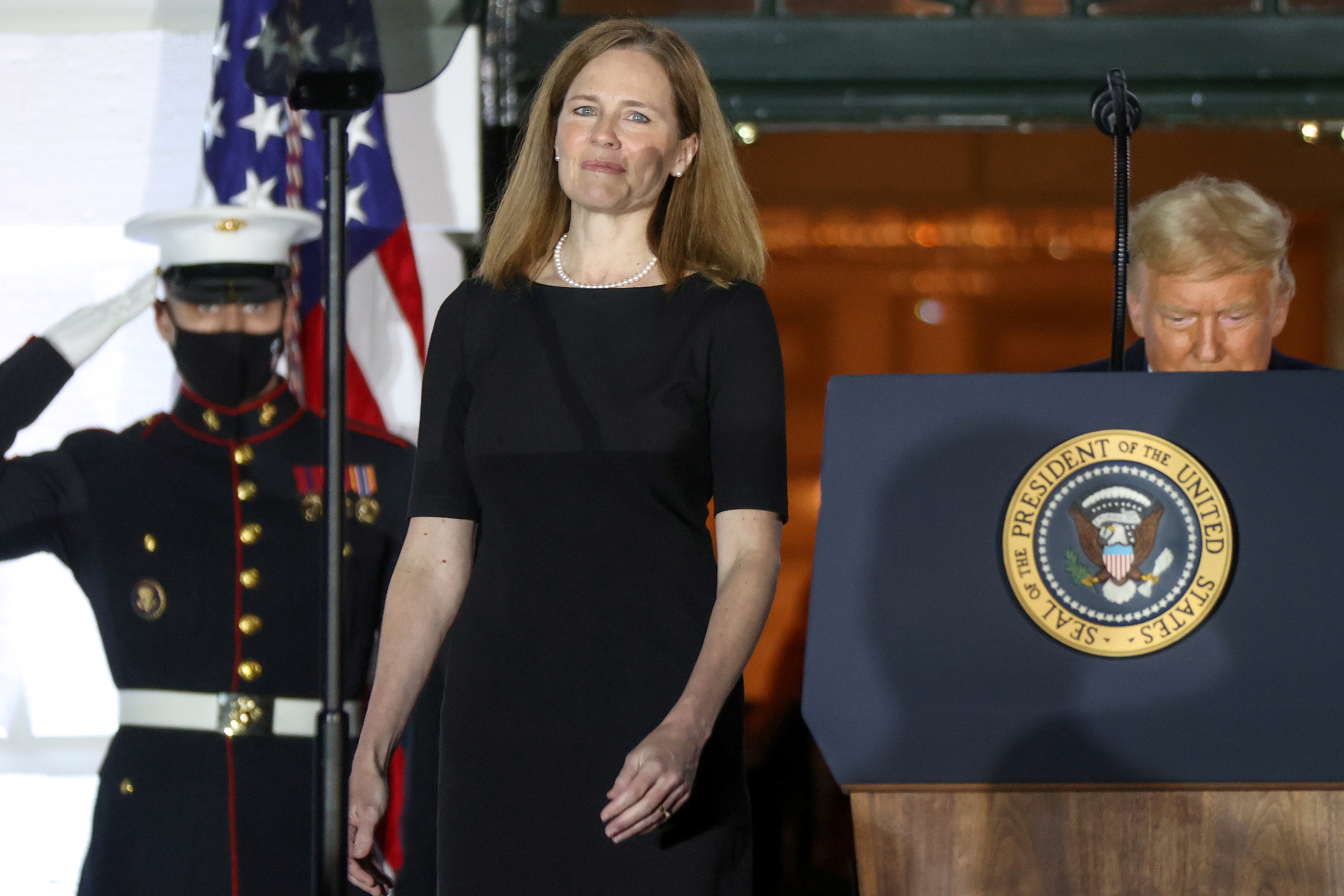 Amy Coney Barrett arrives with Donald Trump to take her oath of office at a ceremony on the South Lawn of the White House Credit: Reuters

"Judge Barrett’s radical views and her disregard for real-world impacts show #WhatsAtStake if she is confirmed to the Supreme Court."

Democrats have argued for weeks that the vote was being improperly rushed and insisted it should be up to the winner of the November 3 election to name the nominee to replace the late Ruth Bader Ginsburg.

Despite the outburst from Hirono, Barrett was confirmed to the Supreme Court on Monday by a 52-48 vote.

Barrett is expected to start work as a justice on Tuesday after taking the second of two oaths required of judges by federal law.

Last month, Hirono outlined the reasons she would not be supporting the nomination of Barrett in a lengthy tweet.

"I will not support the nomination of Amy Coney Barrett to the Supreme Court for the following reasons: She will vote to strike down the Affordable Care Act after being rushed on the Supreme Court in time to hear the case on November 10. Millions of Americans will lose their health care – catastrophic in the middle of a pandemic," she said. 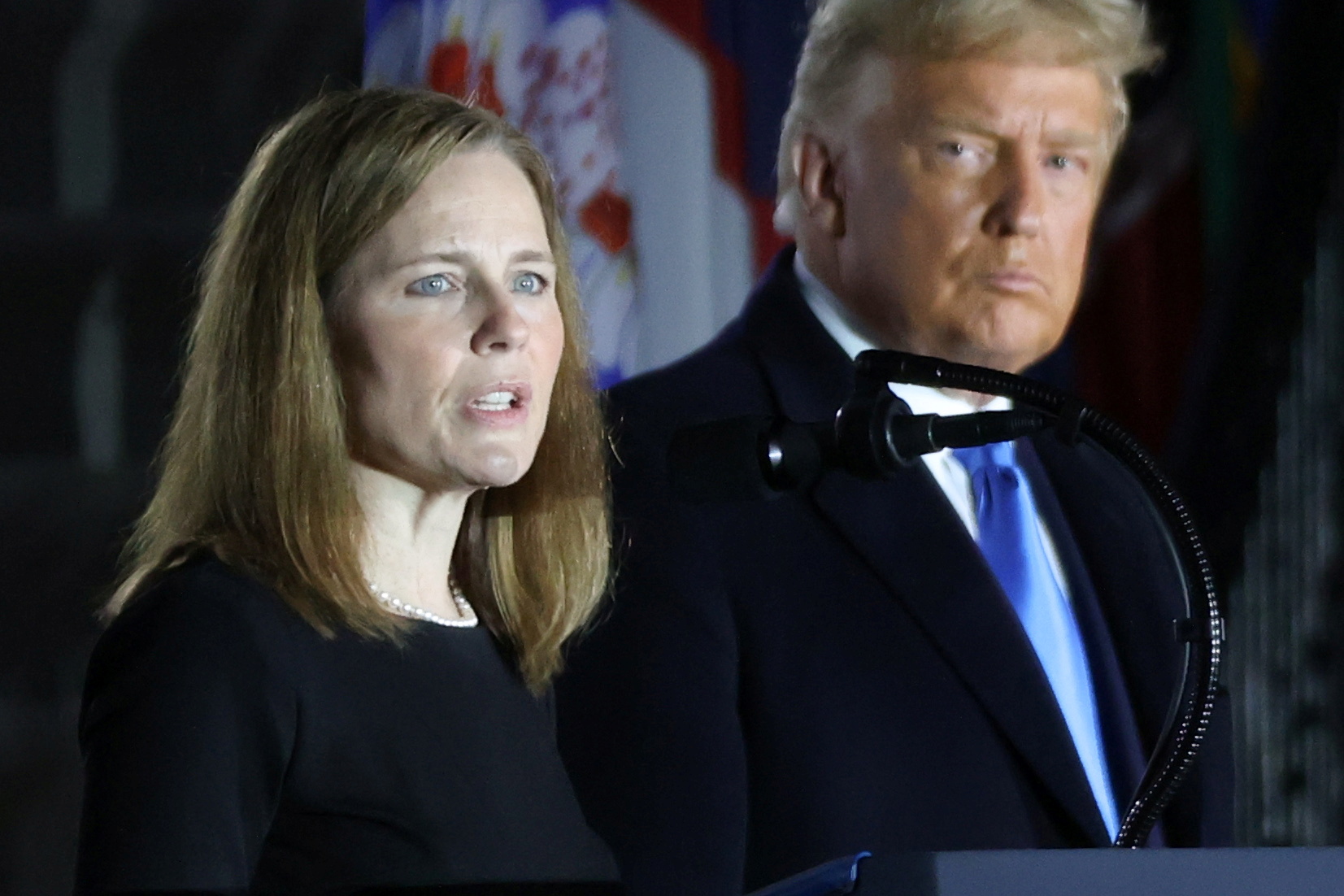 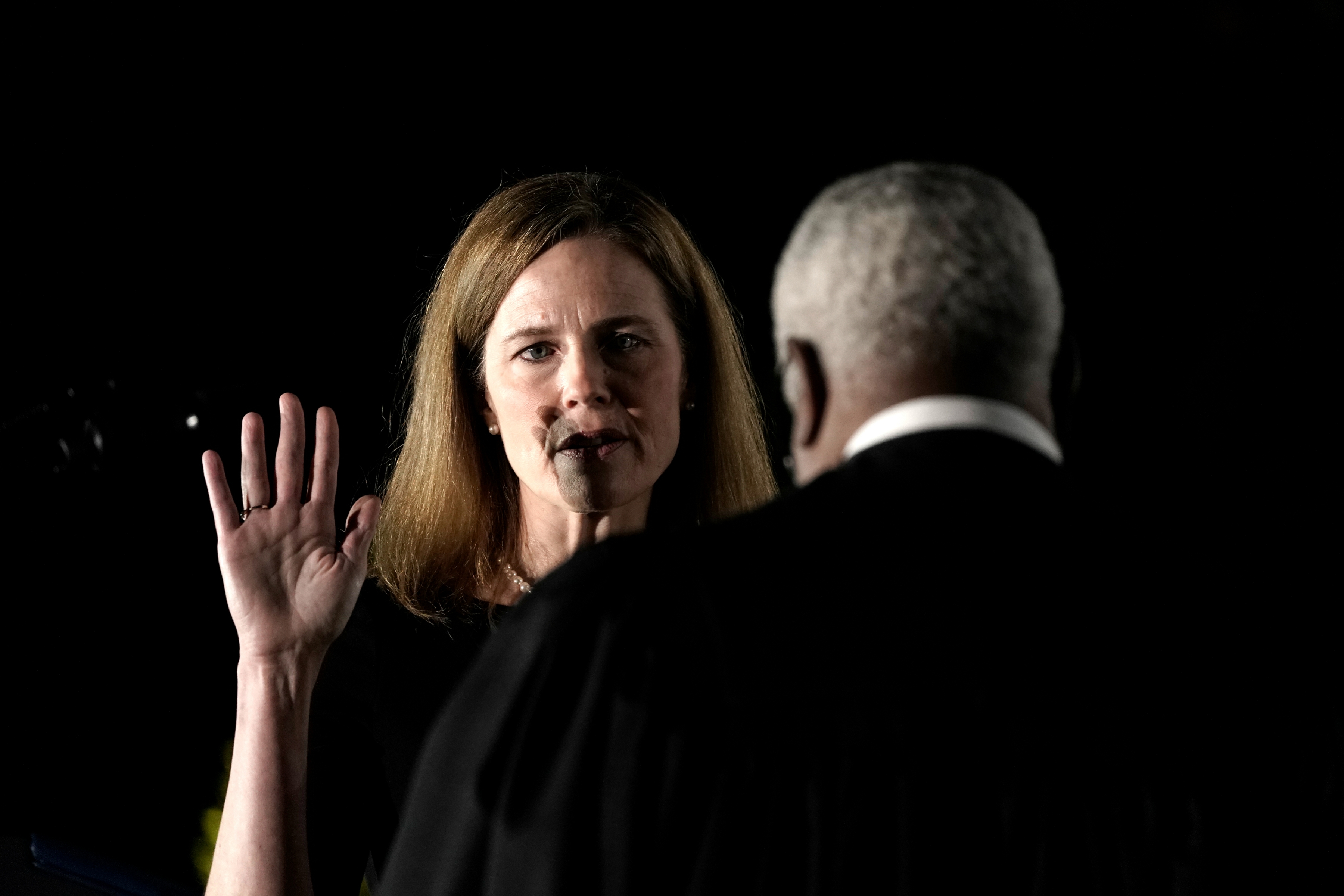 Amy Coney Barrett takes the oath of office during a ceremony at the White HouseCredit: CNP 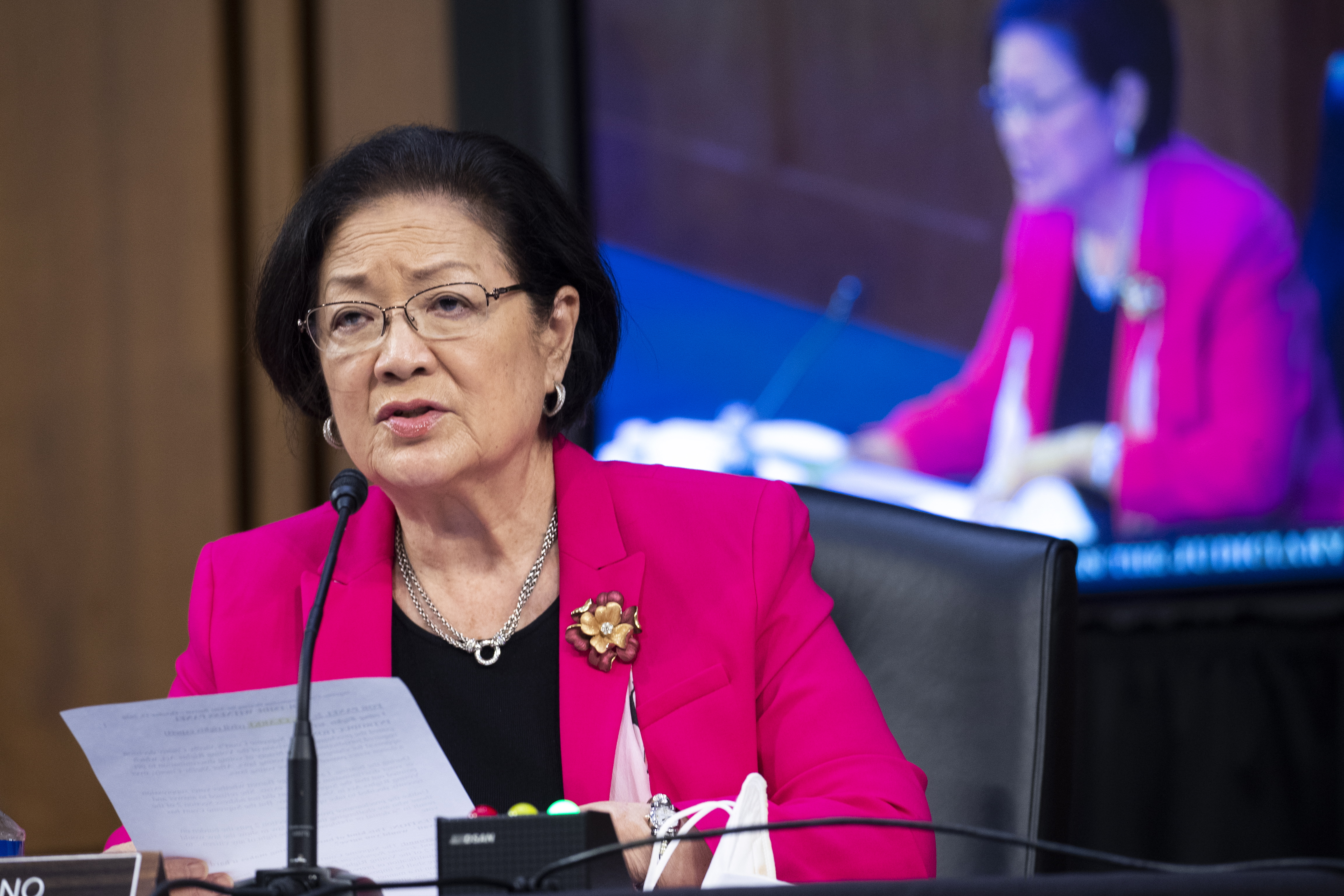 "She has a long history of being anti-choice and an explicit willingness to reverse SC precedent – endangering the protections of Roe v Wade. A woman's right to control her own body is at stake.

"The president expects her to support any challenge he mounts to the election results."

Earlier this month, Hirono was blasted for asking Barrett if she has ever sexually assaulted anyone - a swipe at previous nominee Brett Kavanaugh.

During a hearing in Washington, Hirono asked: "Since you have become a legal adult, have you ever made unwanted requests for sexual favors, or committed any physical or verbal harassment or assault of a sexual nature?"

The president expects her to support any challenge he mounts to the election results."

Hirono continued: "Have you ever faced discipline or entered into a settlement related to this kind of conduct?"

Hirono asked a similar question to Kavanaugh in July 2018, after he was nominated as a Supreme Court judge.

On Friday, Barrett, the most open opponent of abortion rights to join the court in decades, could be called upon to weigh in on Mississippi's 15-week abortion ban.

The state is appealing lower court rulings invalidating the ban.

Abortion opponents in Pittsburgh are also challenging a so-called bubble zone which prevents protesters from getting too close to abortion clinics.

The court put off acting on both cases before Barrett joined the court, without offering any explanation in the Mississippi case. 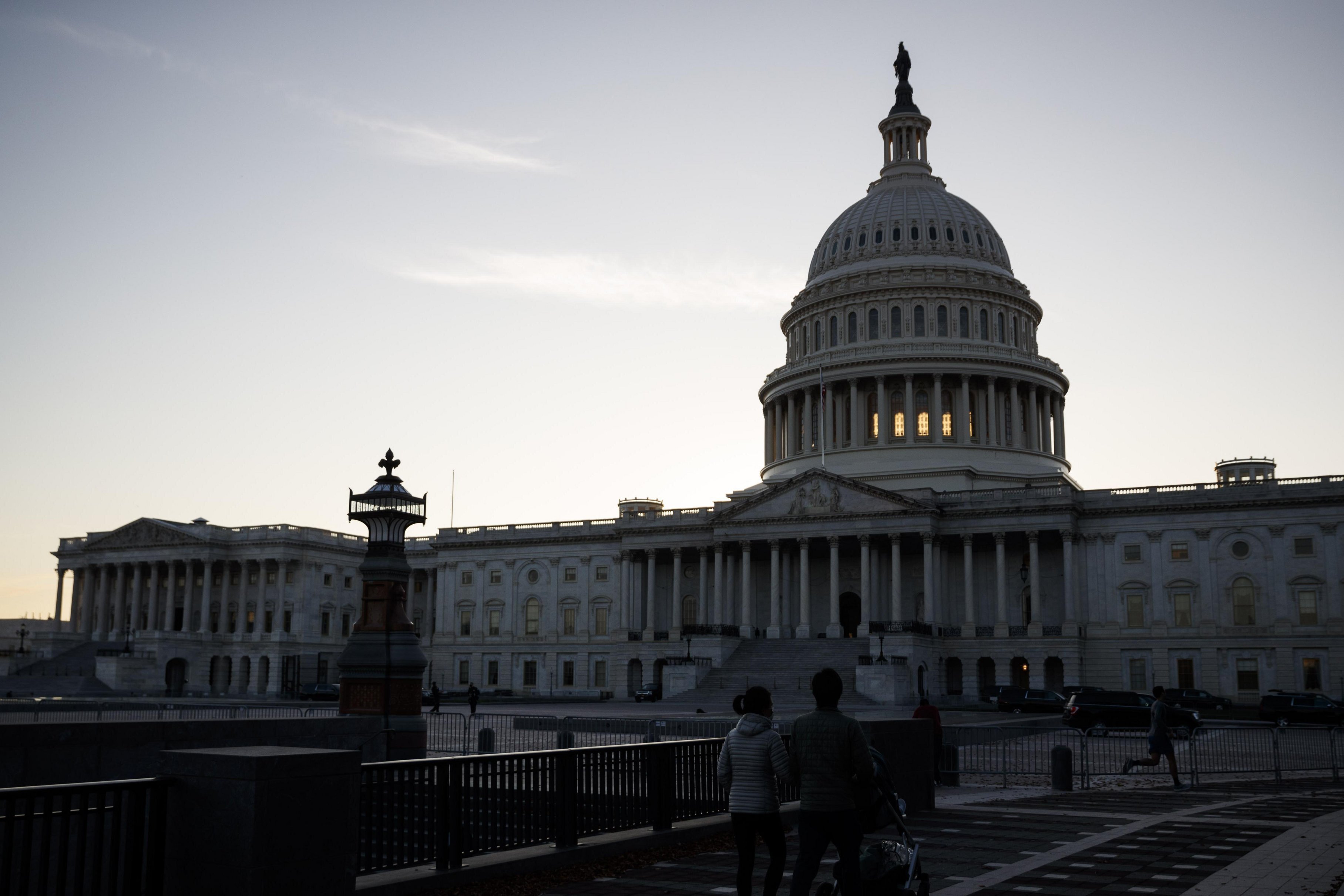 The US Capitol Building in Washington, DCCredit: Alamy Live News 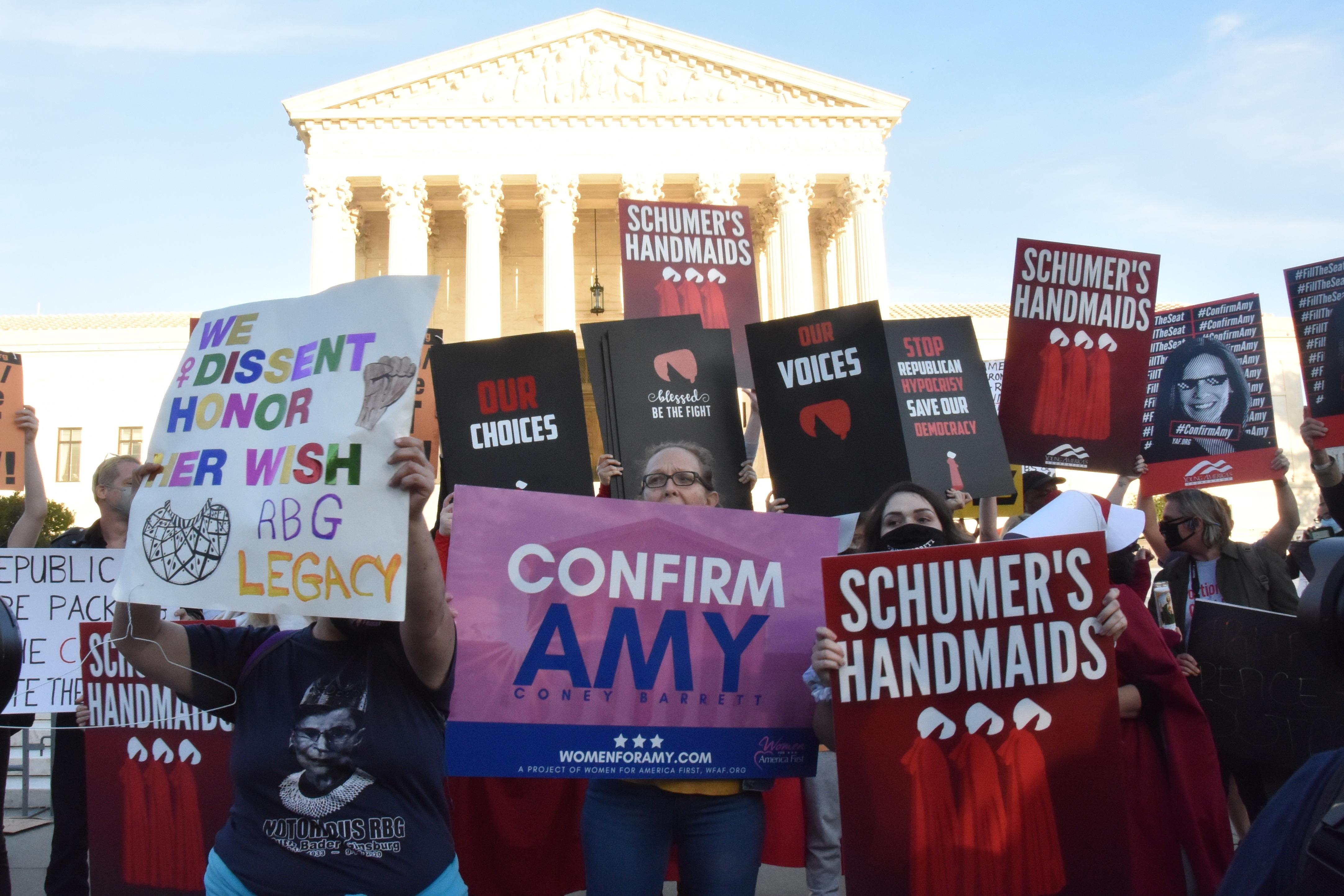 People in support and against the confirmation of Amy Coney Barrett demonstrate outside the US Supreme Court on MondayCredit: Getty Images - Getty

The justices also are weighing Donald Trump's emergency plea for the court to prevent the Manhattan District Attorney from acquiring his tax returns.

During several days of public testimony before the Senate Judiciary Committee, Barrett was careful not to disclose how she would rule on any such cases.

At 48, Barrett is the youngest justice since Clarence Thomas joined the court in 1991 at age 43.

No justice has assumed office so close to a presidential election or immediately confronted issues so directly tied to the incumbent president's political and personal fortunes.

As she settles into her new office at the court, Barrett will be joined by four law clerks, usually recent law school graduates who have experience working for federal judges.

Following Barrett's confirmation to the court, Alexandria Ocasio-Cortez and Ilhan Omar called to "expand the court".

Congresswoman Ocasio-Cortez said: "Republicans do this because they don't believe Dems have the stones to play hardball like they do.

"And for a long time they've been correct. But do not let them bully the public into thinking their bulldozing is normal but a response isn't. There is a legal process for expansion."

The Democrats were unified in their vote against Barrett.

According to information provided by the Senate Historical Office, no other Supreme Court justice has been confirmed on a recorded vote with no support from the minority party in at least 150 years.