ANTI-LOCKDOWN protesters called coronavirus a "hoax" during a march against the pandemic restrictions. 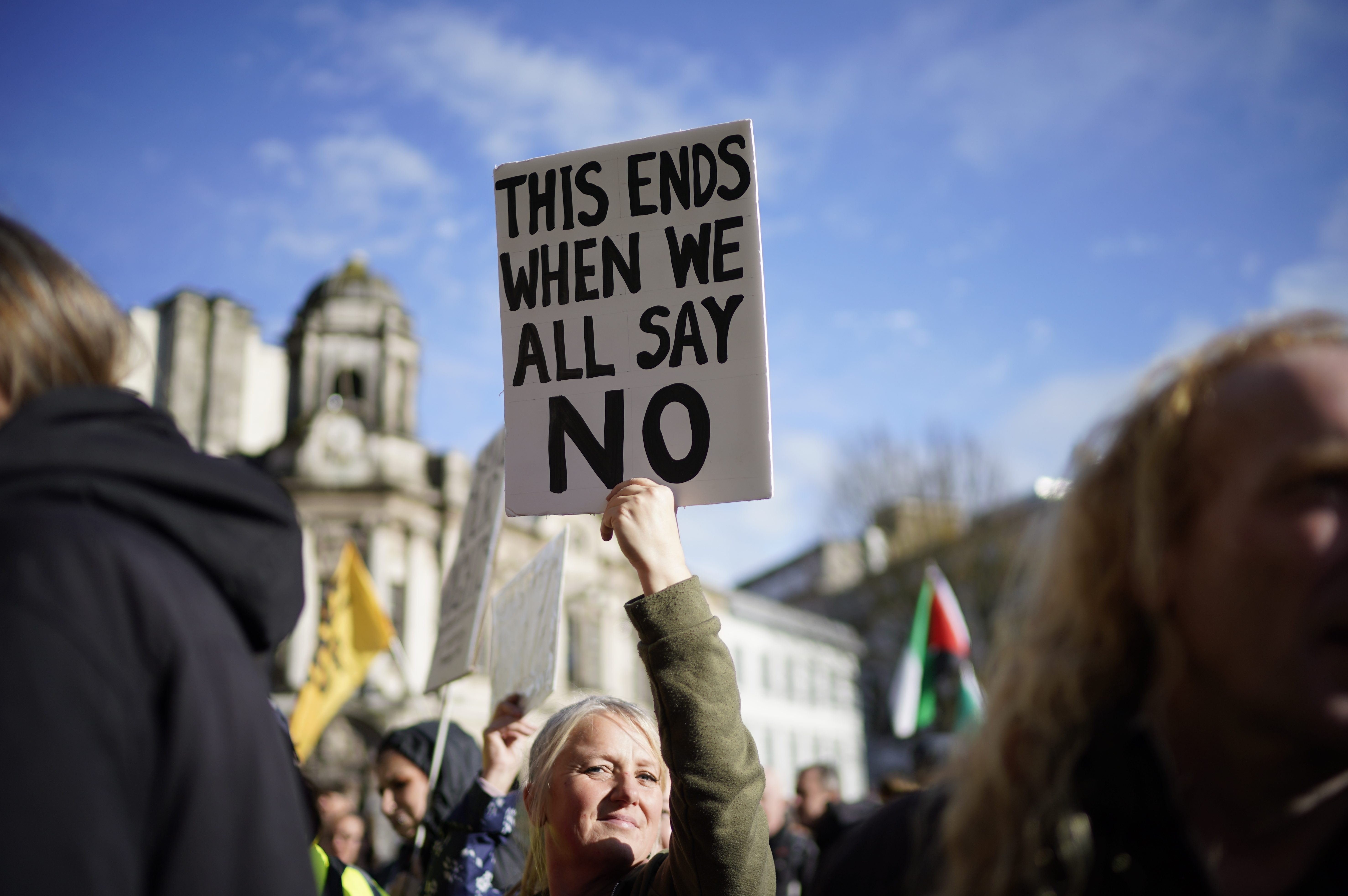 A protester holds a sign saying "This Ends When We All Say No" during an anti-lockdown protest earlier todayCredit: Getty Images - Getty 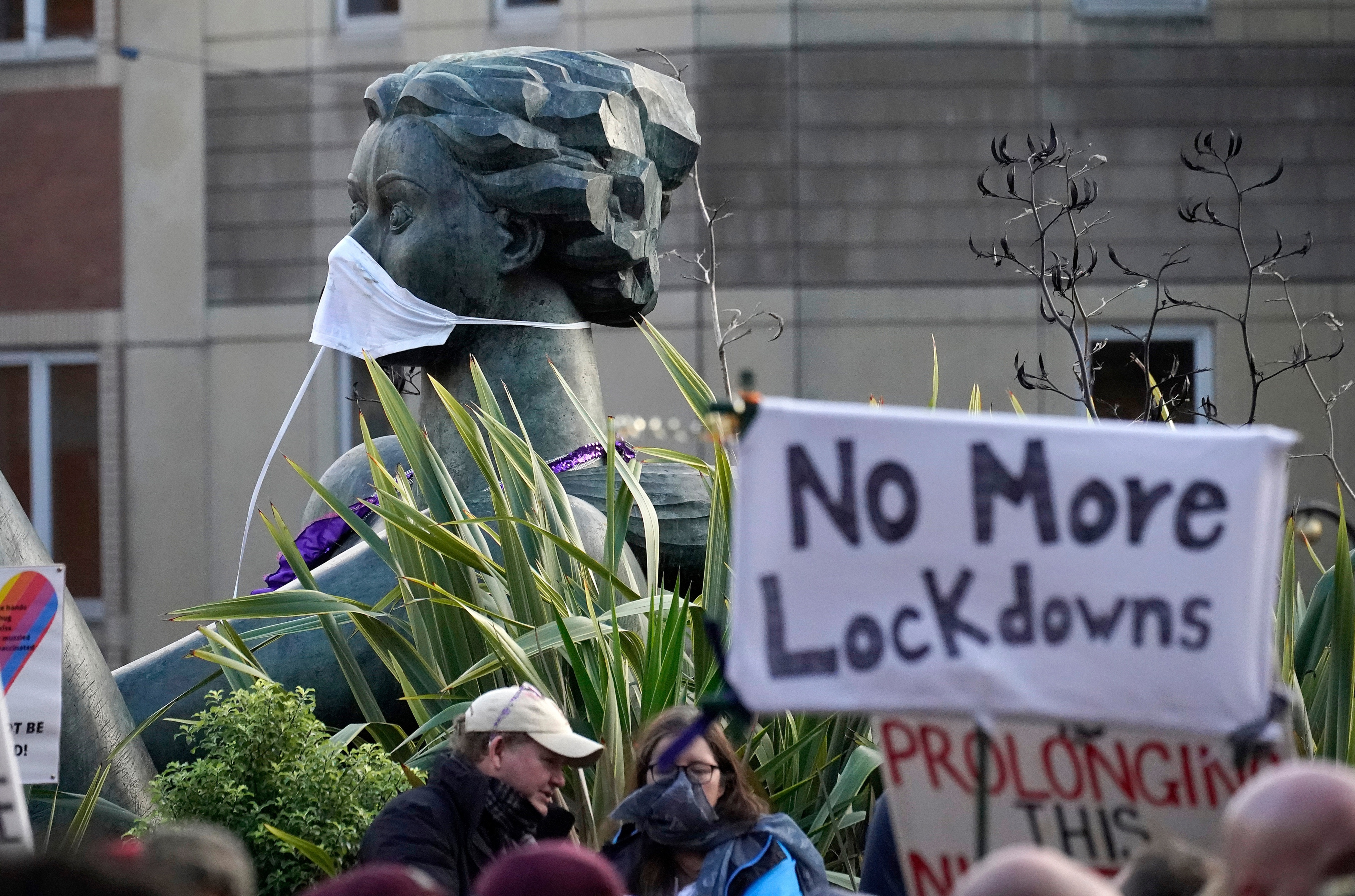 A mask sits on a sculpture named "The River" during a demonstration against a second lockdown in Victoria SquareCredit: Getty Images - Getty

Angry protesters held banners calling the virus a "hoax" with signs saying "your government is lying to you".

The large group demanded "freedom" and called for other members of the public to resist the restrictions that were announced by PM Boris Johnson today.

Footage from the rally shows a large crowd chanting "take off the masks" along with a song about not accepting the vaccine from the government.

At the "Birmingham Freedom Rally", held outside the council house in Victoria Square, protesters held signs that said "No More Lockdowns" and "This Ends When We all Say No".

Conspiracy theorist and climate-change denier David Icke was one of the keynote speakers at the event.

In Dorset, protesters gathered outside the town hall before marching through the town.

Demonstrators marched with signs that read "WHO admits it's a lie" and "say no to mass surveillance". 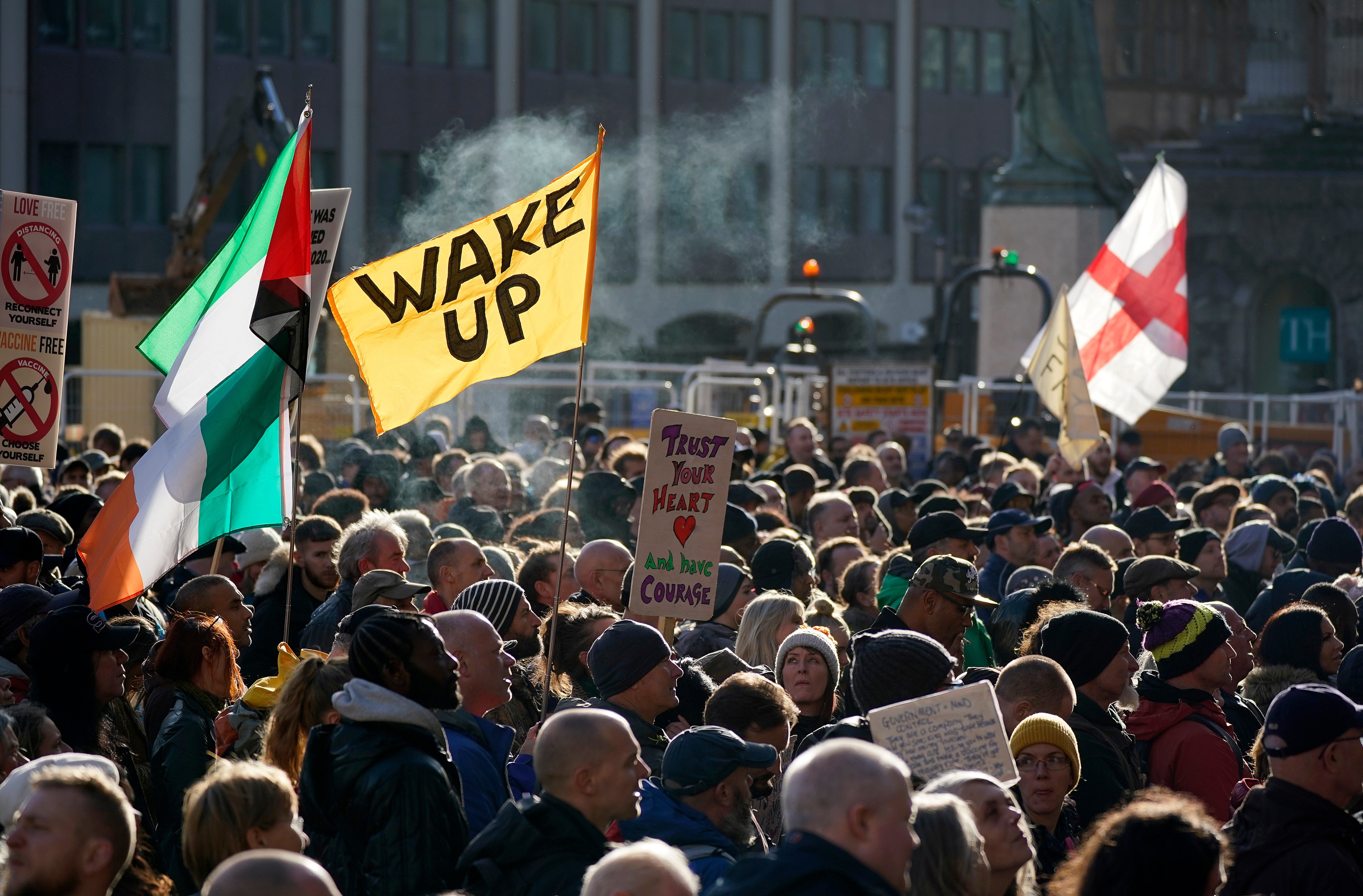 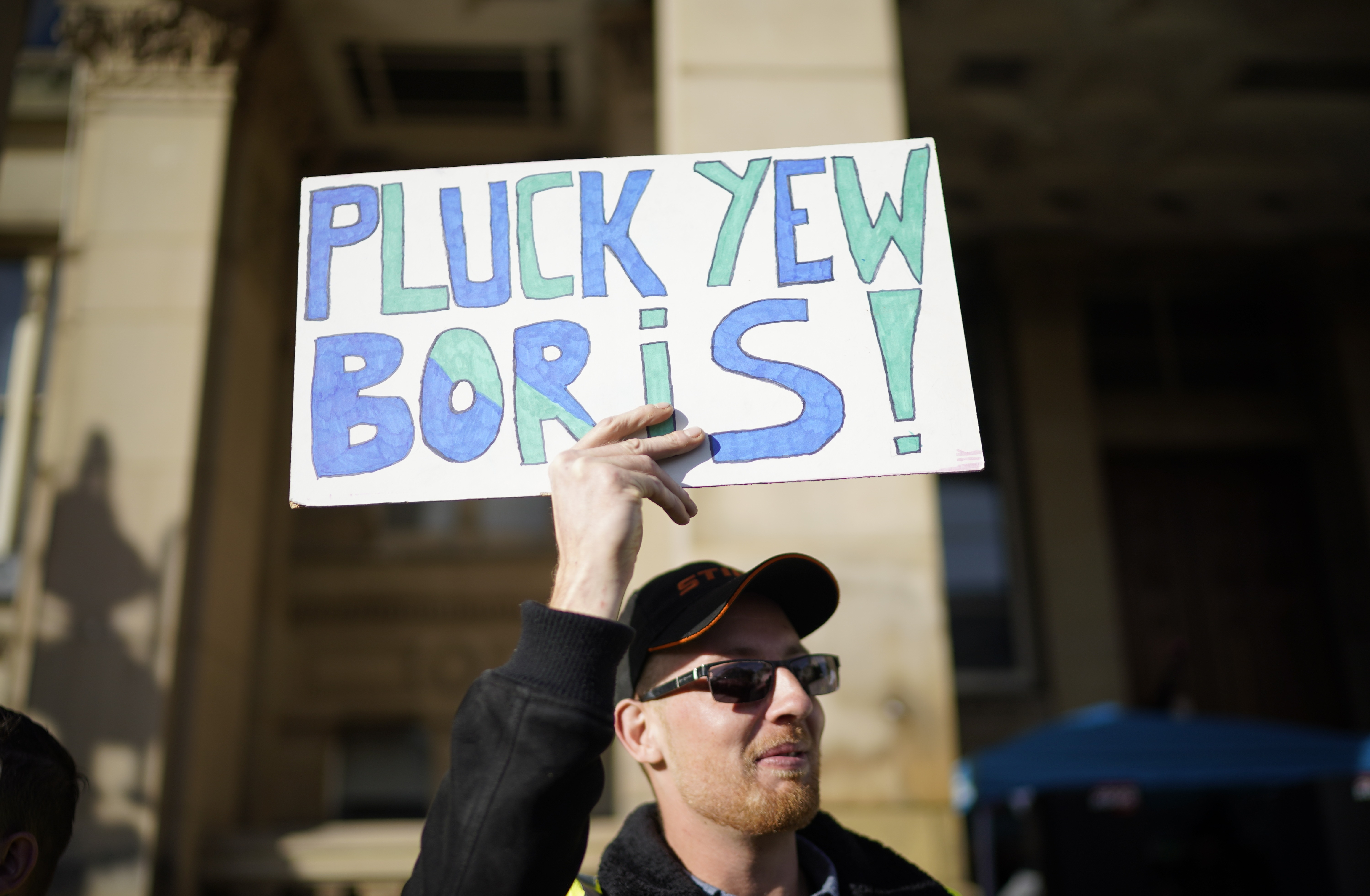 Demonstrators gathered at Camden Town tube station in north London on Friday night for a "Cancel The Curfew" rally.

The group of protesters showed off party tricks while they protested the 10pm curfew.

The 5G conspiracy theorist who set up controversial weather forecasting business Weather Action said on Twitter he had been handed the fixed penalty fine as "organiser".

In the tweet to his more than 31,000 followers, he called the demonstration an "epic success".

Under new changes to regulations, those attending a gathering of more than 30 people may be committing a criminal offence.

This comes as the PM told the nation that they must "stay at home" for four weeks from Thursday in a fresh lockdown to "protect the NHS and save lives".

The PM revealed tonight at a press conference that nearly everything will shut again for a MONTH in a huge U-turn - just four months after the end of the first UK-wide shutdown.

He brought back the slogan from the original March lockdown as he told the nation they must once again stay home to stop the NHS from being overwhelmed.

Professor Chris Whitty and Patrick Vallance showed the nation a set of grim slides tonight - warning that the death numbers could pass the first peak as early as the start of December.

When will the new lockdown rules start?

And they said the number of deaths in the second wave could be DOUBLE that of the first.

Mr Johnson insisted he was right to try a local approach to try and get the rates of infection down, but admitted it was not enough and he "could not ignore" the reality.

The PM admitted: "I'm afraid from Thursday, the basic message isn't the same. Stay at home, protect the NHS, save lives." 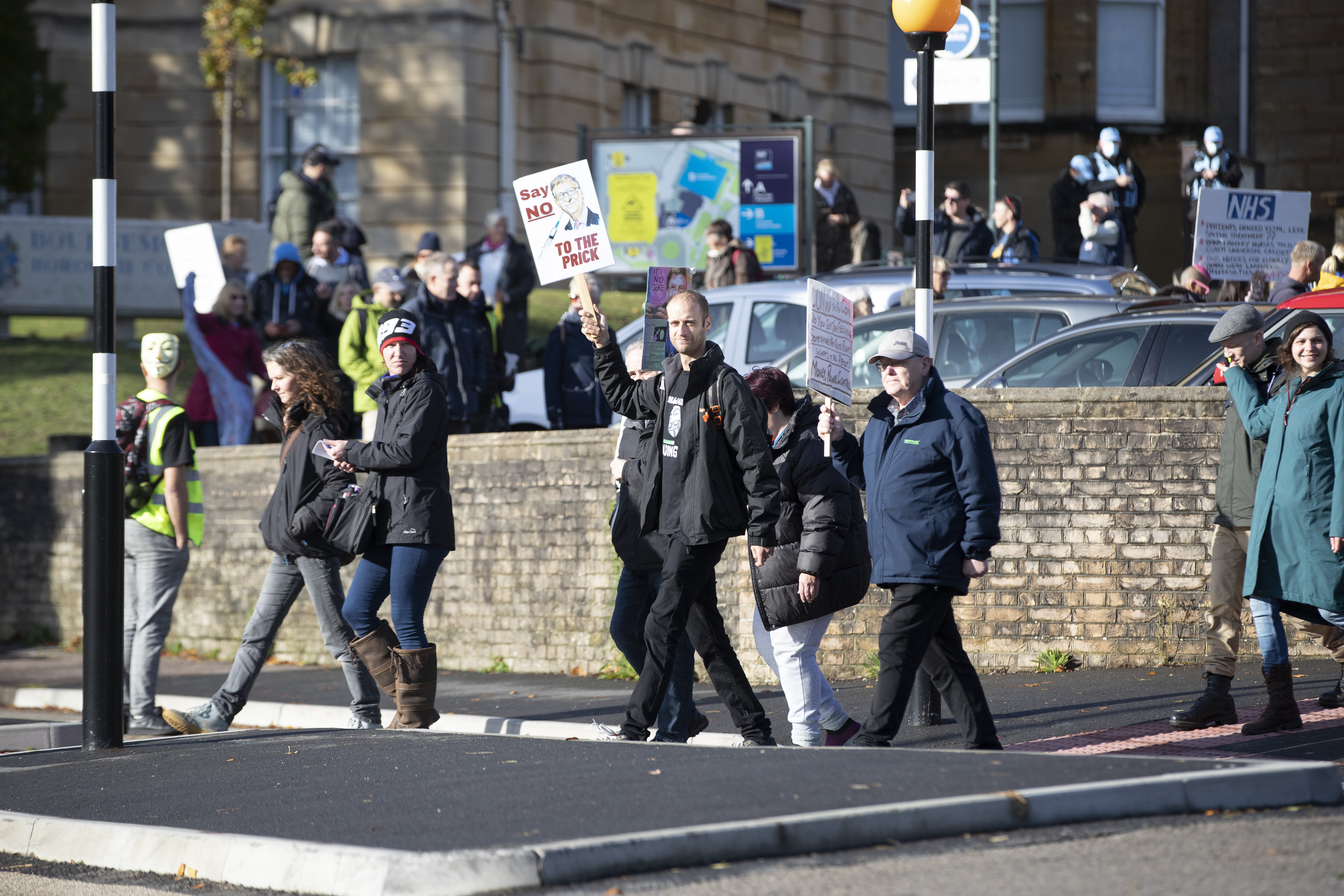 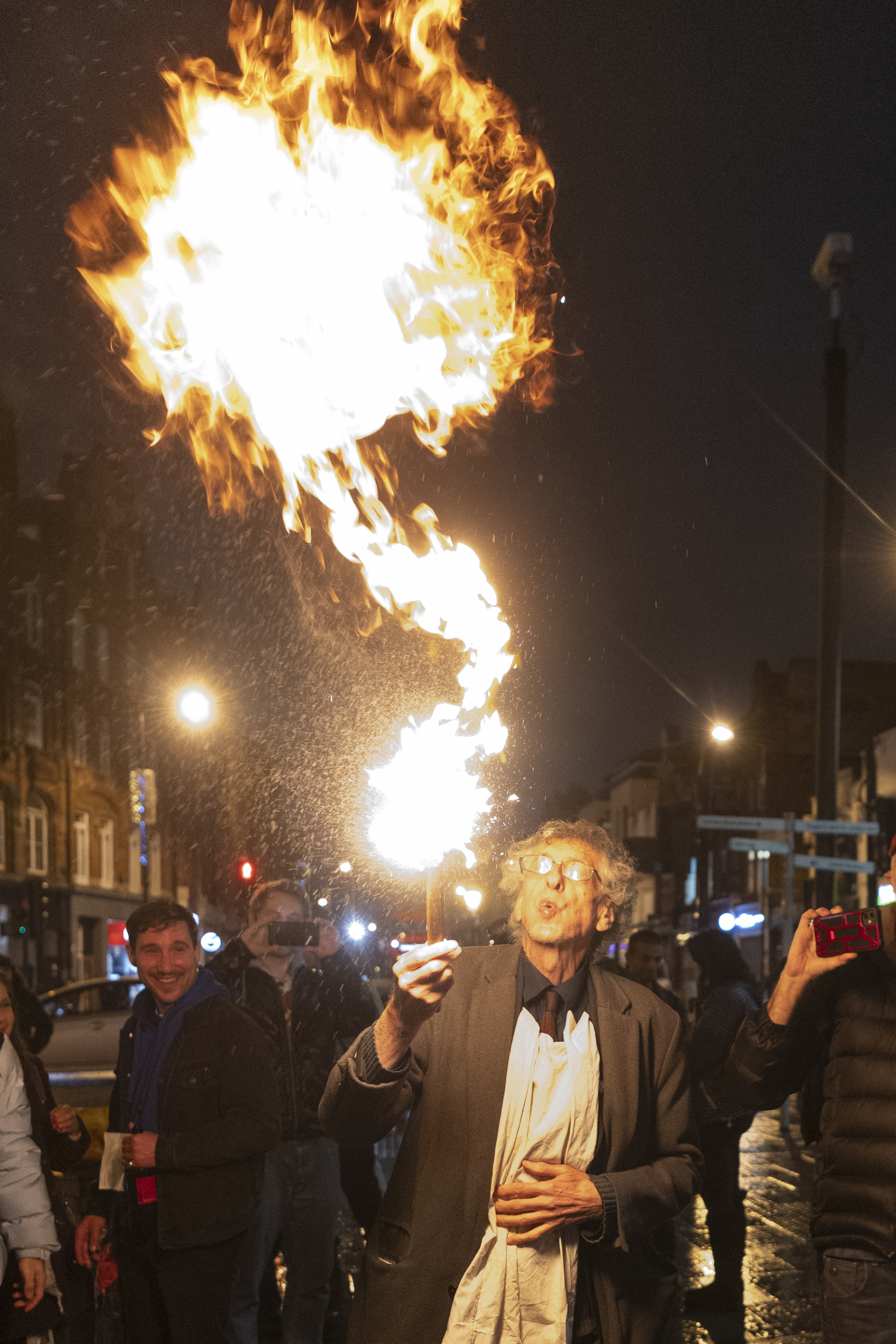