A VACCINATION center at Dodgers Stadium in Los Angeles was forced to close temporarily after it was stormed by anti-vaxxers.

The group of 30 became shouted "you are lab rats" to elderly patients queueing to get their vaccines at the Elysian Park stadium. 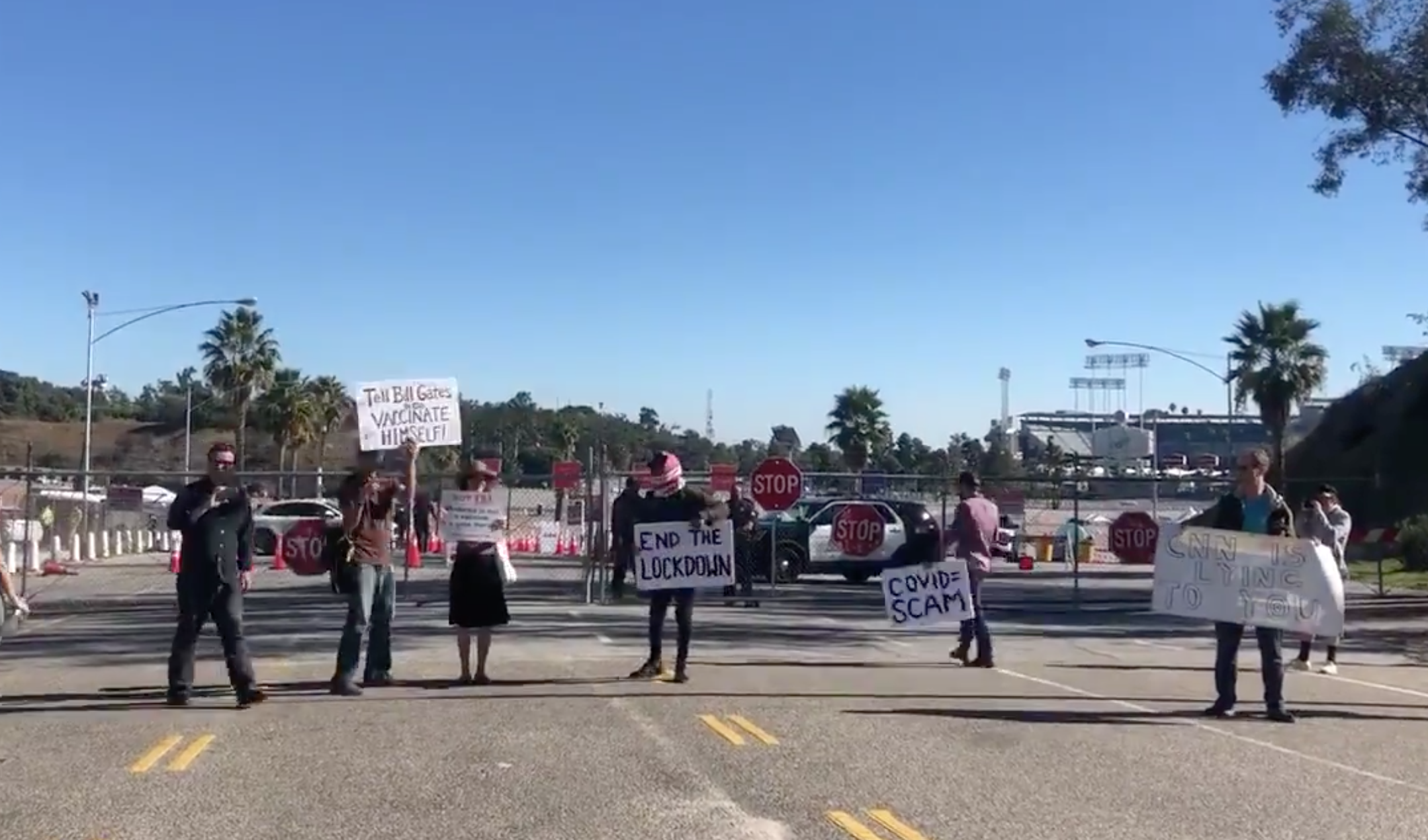 The anti-vaxxers held signs as they blocked the gates to Dodger Stadium, a temporary vaccination site

Today, anti-vaccination protesters marched to Dodger Stadium, which is currently serving as one of the largest vaccination sites in the nation. LAFD and CORE temporarily closed the gates & paused vaccinations. A long line of cars built up. pic.twitter.com/pwGE1yUcuW 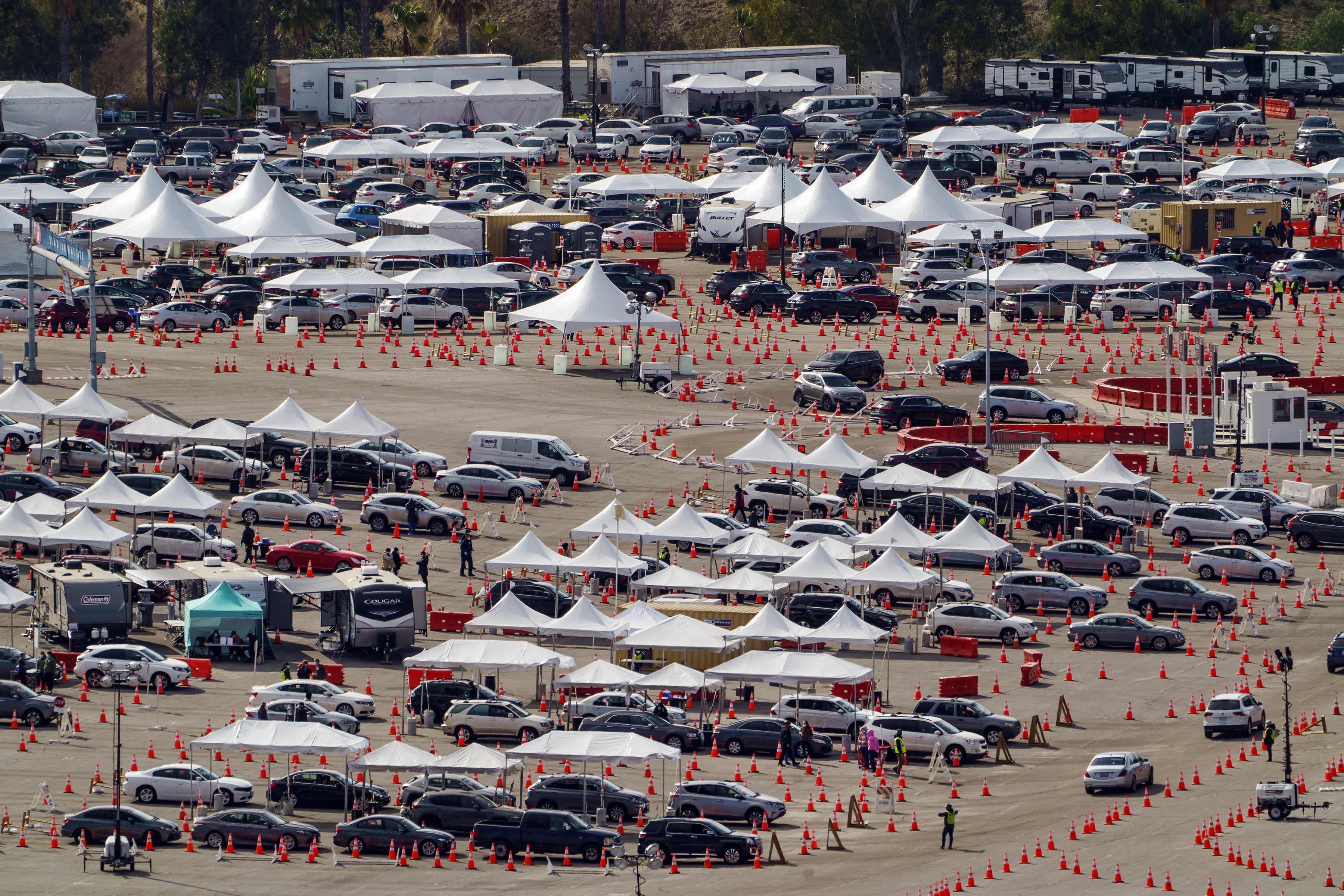 The center had plans to vaccinate 12,000 a day Credit: AP:Associated Press

The disruption caused the gates to be temporarily closed to the vaccination center, brandished signs that read messages like "end the lockdown" and "Covid=scam".

A queue of cars full of people waiting to be vaccinated began to form outside the stadium.

Mikel Jollett, an author from Silver Lake, took to Twitter: "We're at the mass vaccination site at Dodger Stadium to get my mom the vaccine.

"The anti-vax protestors have approached the entrance to the site.

"The LAPD have now closed the gate. We have been sitting here for about half an hour.

In one video, the jeering anti-vaxxers were seen pressing signs against car windows.

One protester was heard saying to a man who was in his car with a dog in the back: "Like sheep running to their death. Your dog is smarter than you."

Earlier this month it was announced officials were planning on vaccinating up to 12,000 a day once the site was fully up and running.

Mayor Eric Garcetti said previously: “Vaccines are the surest route to defeating this virus and charting a course to recovery, so the city, county, and our entire team are putting our best resources on the field to get Angelenos vaccinated as quickly, safely, and efficiently as possible."

Dozens of police cars arrived at the scene, reopened the gate and forced the anti-vaxxers to step aside.

We’re at the mass vaccination site at Dodger Stadium to get my mom the vaccine. The anti–vax protestors have approached the entrance to the site. The LAPD have now closed the gate. We have been sitting here for about half an hour. Nobody is moving. pic.twitter.com/GrJPA5wrqx