ALEXANDRIA Ocasio-Cortez claims that massive lines at a polling station in her borough represents “voter suppression” - as she waited TWO hours to cast her ballot.

Voters waited in line for several hours before the Bronx congresswoman showed up. 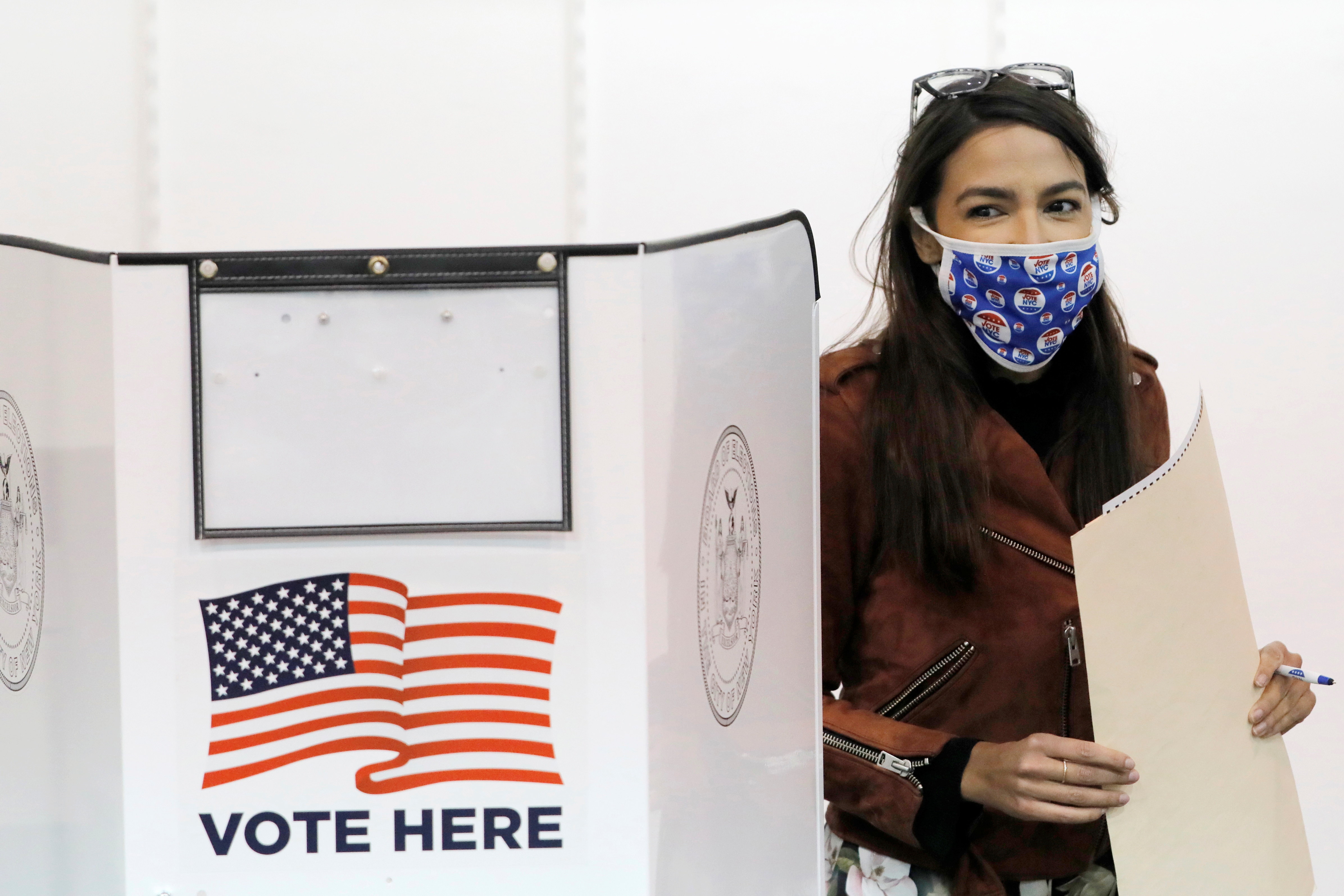 AOC claimed that massive queues at a polling station in her borough represents “voter suppression”Credit: REUTERS 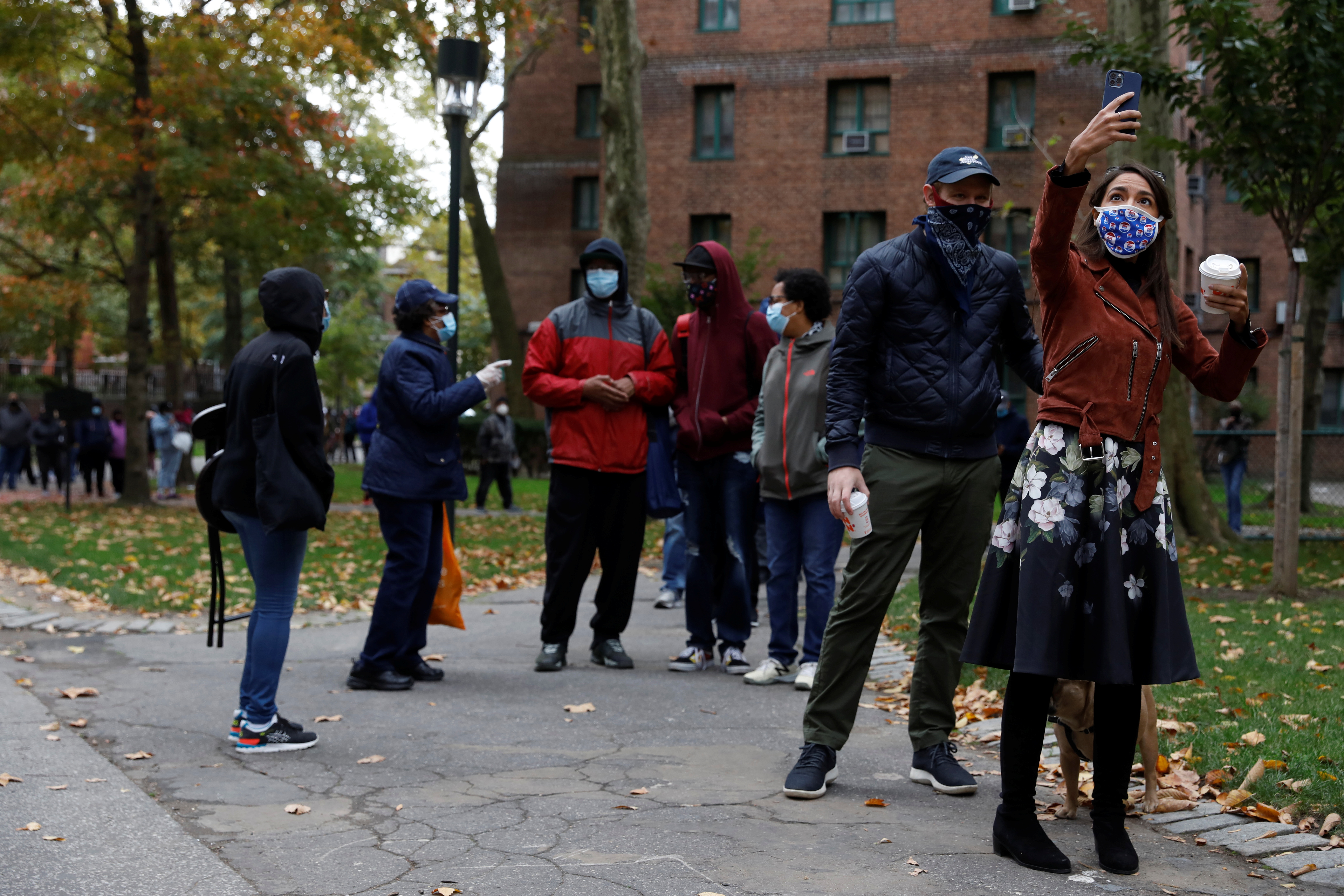 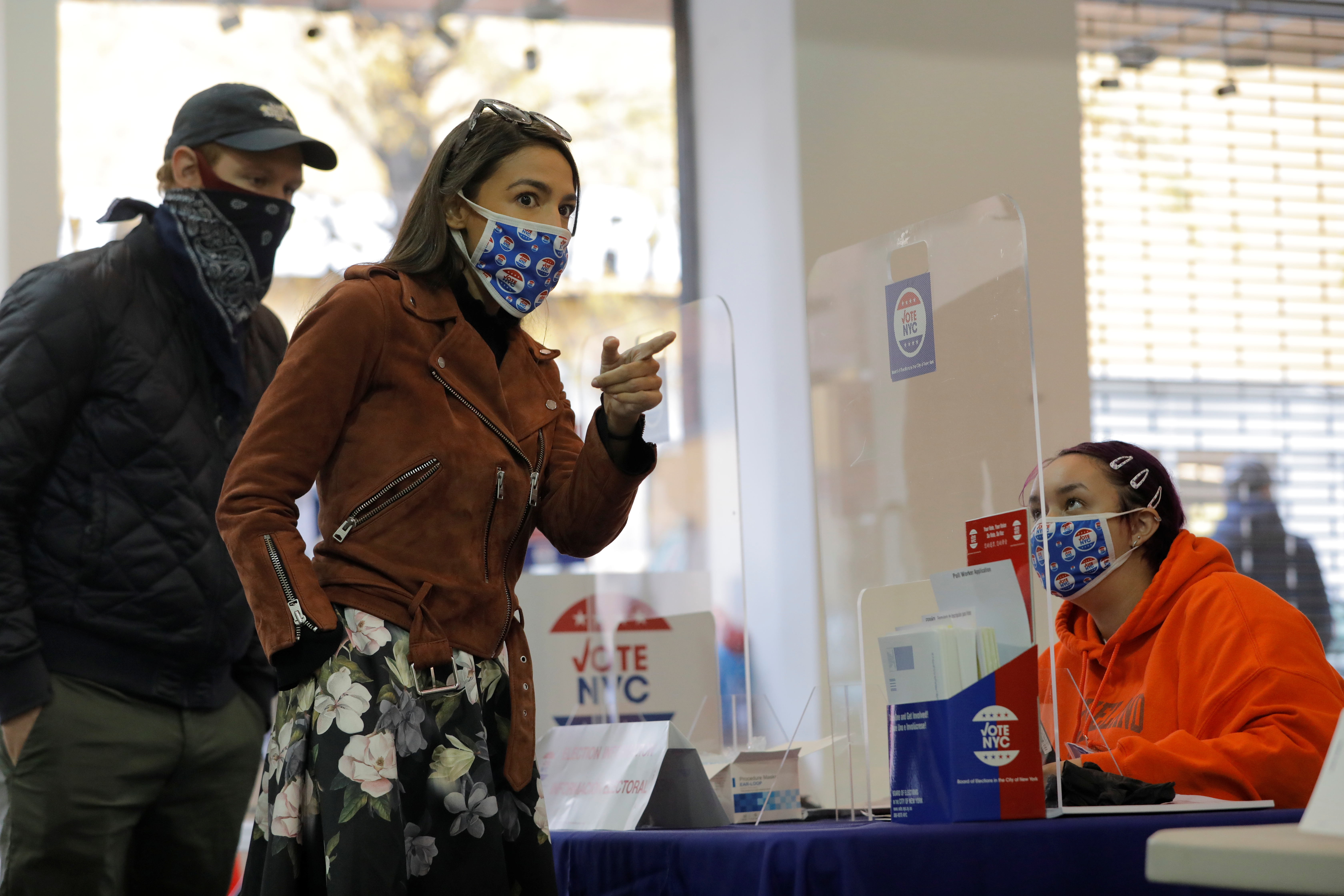 She said the wait to vote was 'not acceptable' Credit: REUTERS

Speaking outside the site in Parkchester yesterday, the Democrat blasted the long wait to vote.

She said: “There is no place in the United States of America where two-, three-, four-hour waits to vote is acceptable.

“And just because it's happening in a blue state, doesn't mean that it's not voter suppression.

“If we are waiting three hours, four hours, five hours, if this was happening in a swing state, there would be national coverage.”

The Congresswoman added: “Frankly, this also shows the success of early voting as well.

'I will wait two hours just like my neighbors are.”

There are currently 88 polling sites open around New York city, with many reporting lines stretching around the block.

Citizens across the state have been casting their ballots since the beginning of early voting on Saturday.

According to ABC, some voters said waiting lines were so long on Saturday that they decided to queue to vote as early as 6.30am the next day - despite polling sites not opening until 10am.

Similar lines were also seen in Ohio, Virginia and Georgia - where some citizens waited up to ten hours to cast their ballot. 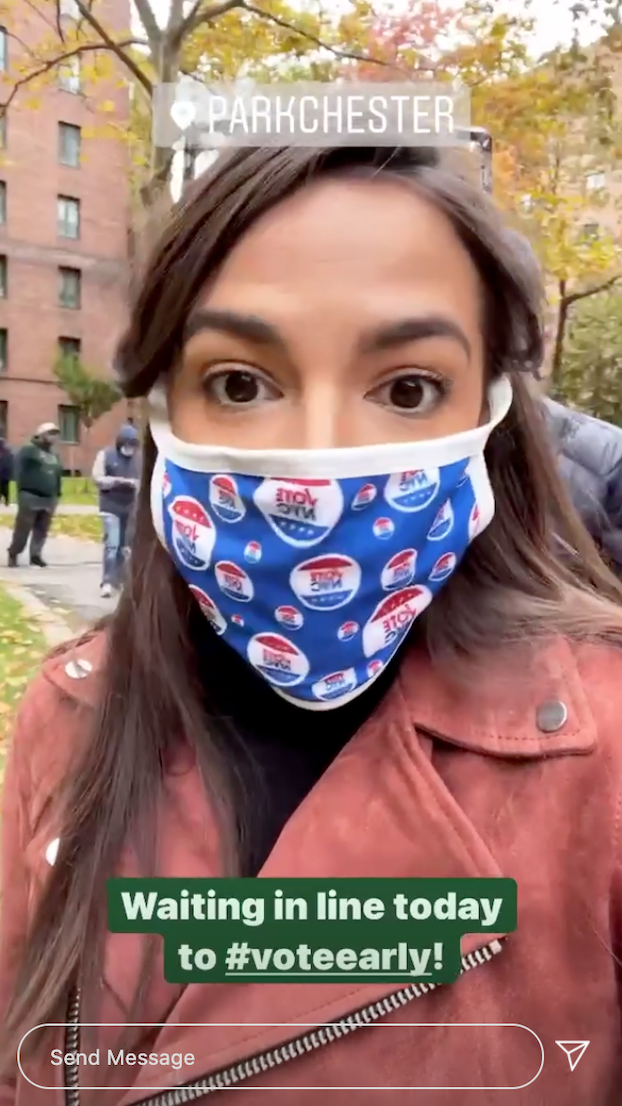 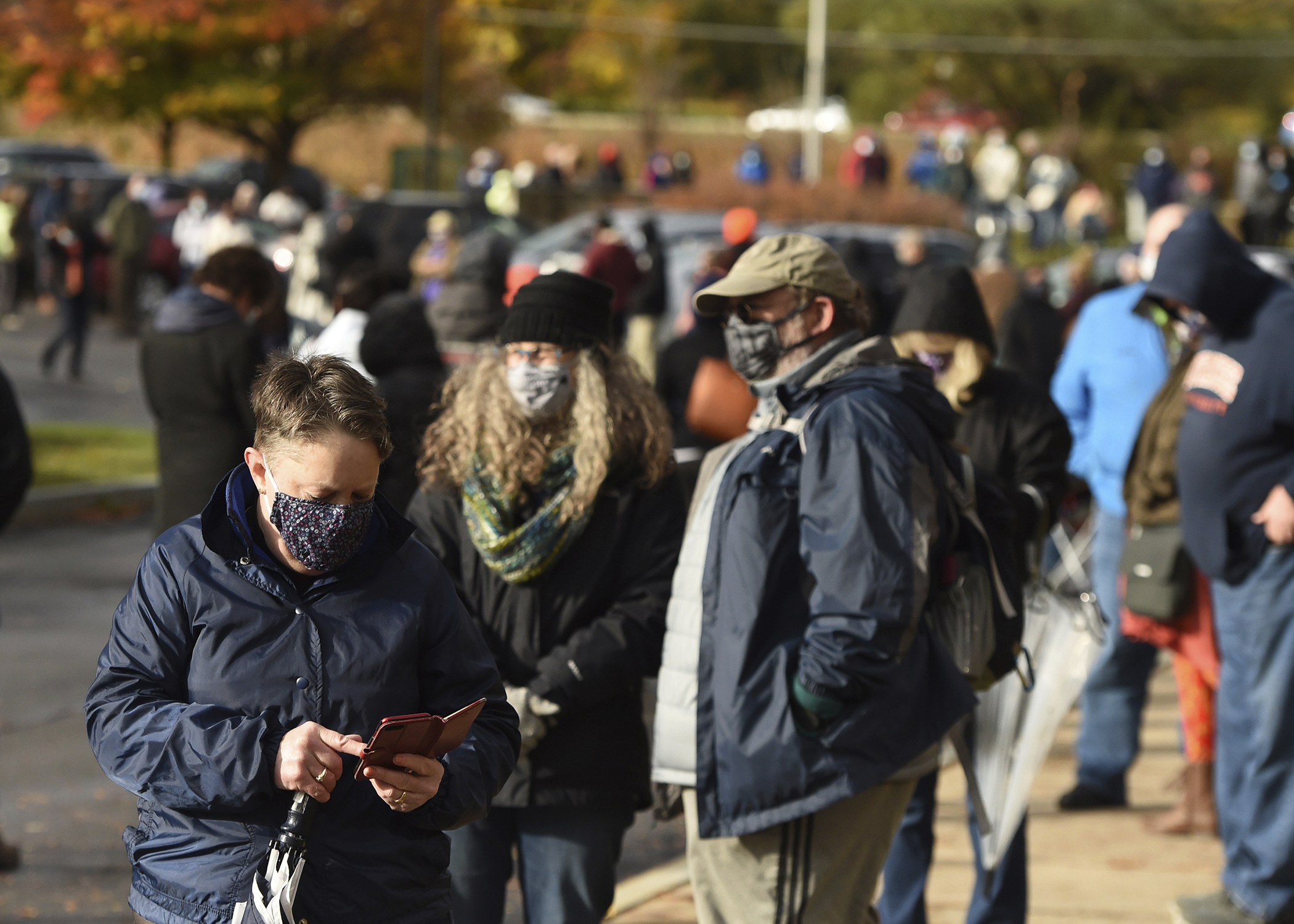 There are currently 88 polling sites open around New York city, with many reporting queues stretching around the blockCredit: AP:Associated Press 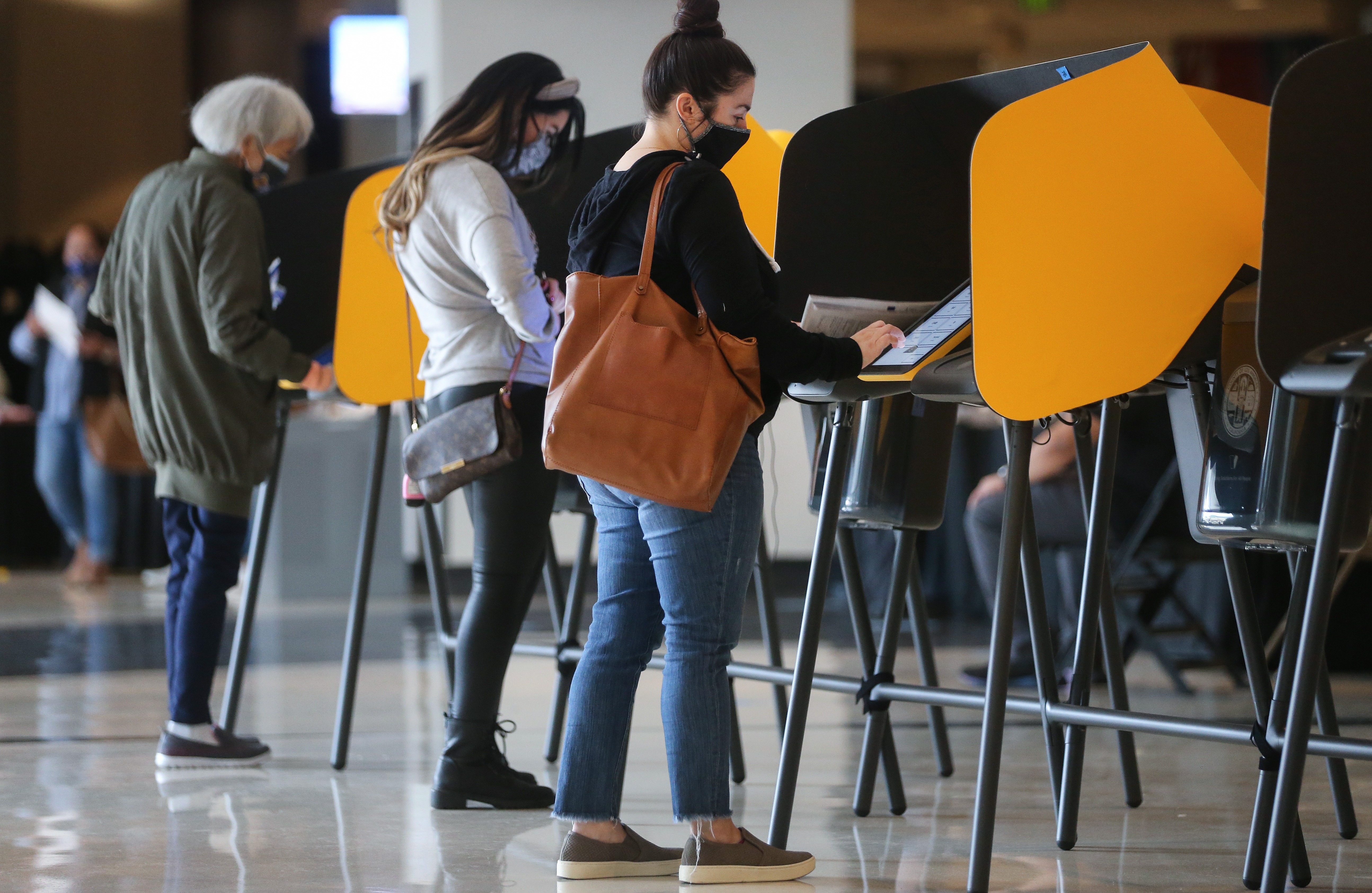 Voters mark their ballots at a Vote Center located at the Staples Center on the first weekend of early in-person votingCredit: Getty Images - Getty

University of Florida Professor Michael McDonald, who administers the US elections project, predicts that 150 million Americans will cast their vote this year.

This far eclipses turnout in 2016, when approximately 137 million people voted.

And 58 million citizens have already cast their vote ahead of the election on November 3 as the race draws to a close.

Texas has seen the most ballots cast so far followed by California and Florida, according to the US Elections Project.

Wisconsin has also seen a record number of early votes, with some 1.1 million returning their ballots.

Many states have expanded in-person early voting and mail-in ballots  in a bid to provide Americans with a safe way to vote amidst the coronavirus pandemic. 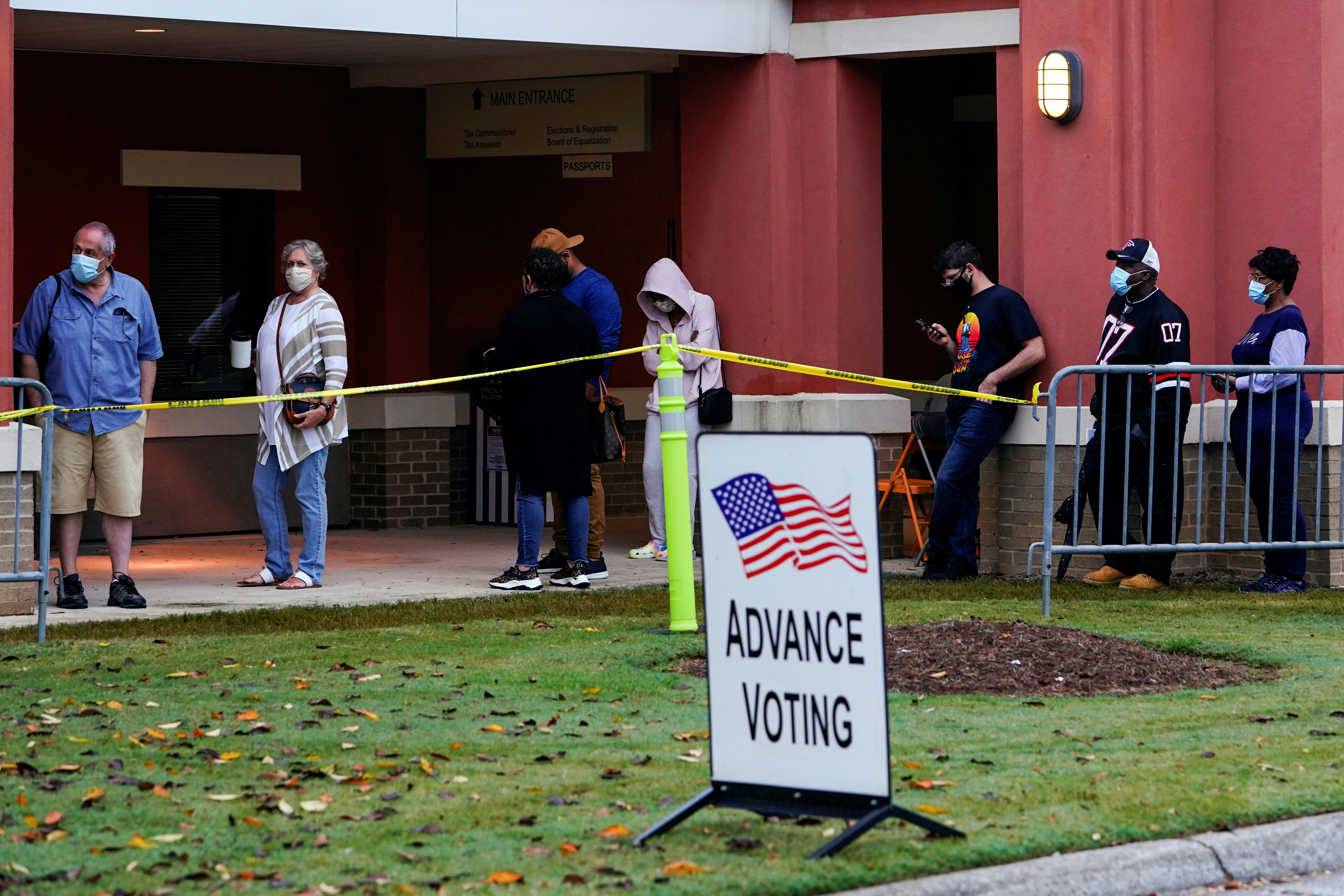