A 2,000-year-old Roman chariot has been discovered "almost intact" on the outskirts of the doomed city of Pompeii.

The ceremonial carriage was found at a villa close to the walls of the ancient metropolis, which was buried during a volcanic eruption in 79AD. 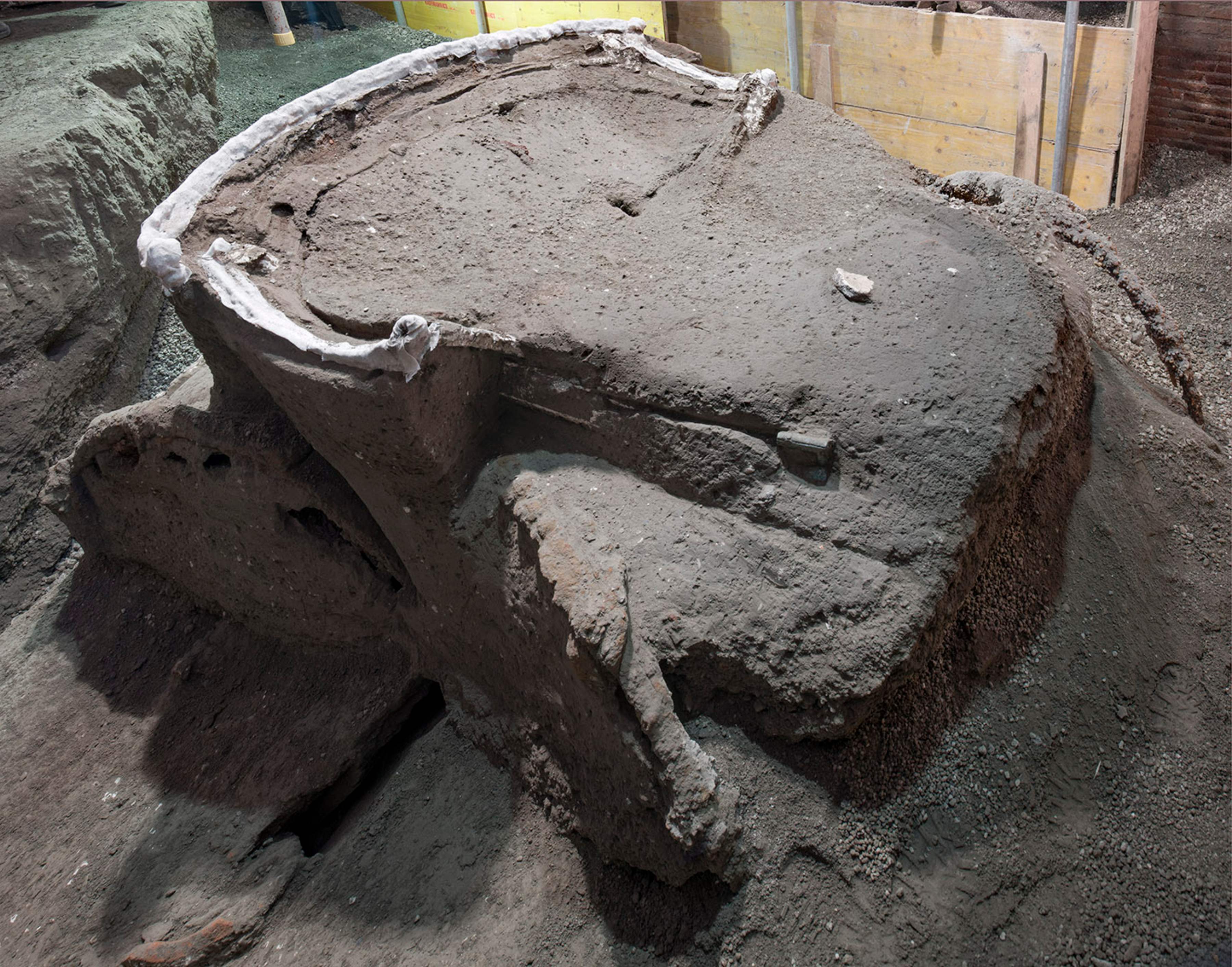 Archaeologists have unearthed a Roman ceremonial carriage near PompeiiCredit: AFP or licensors 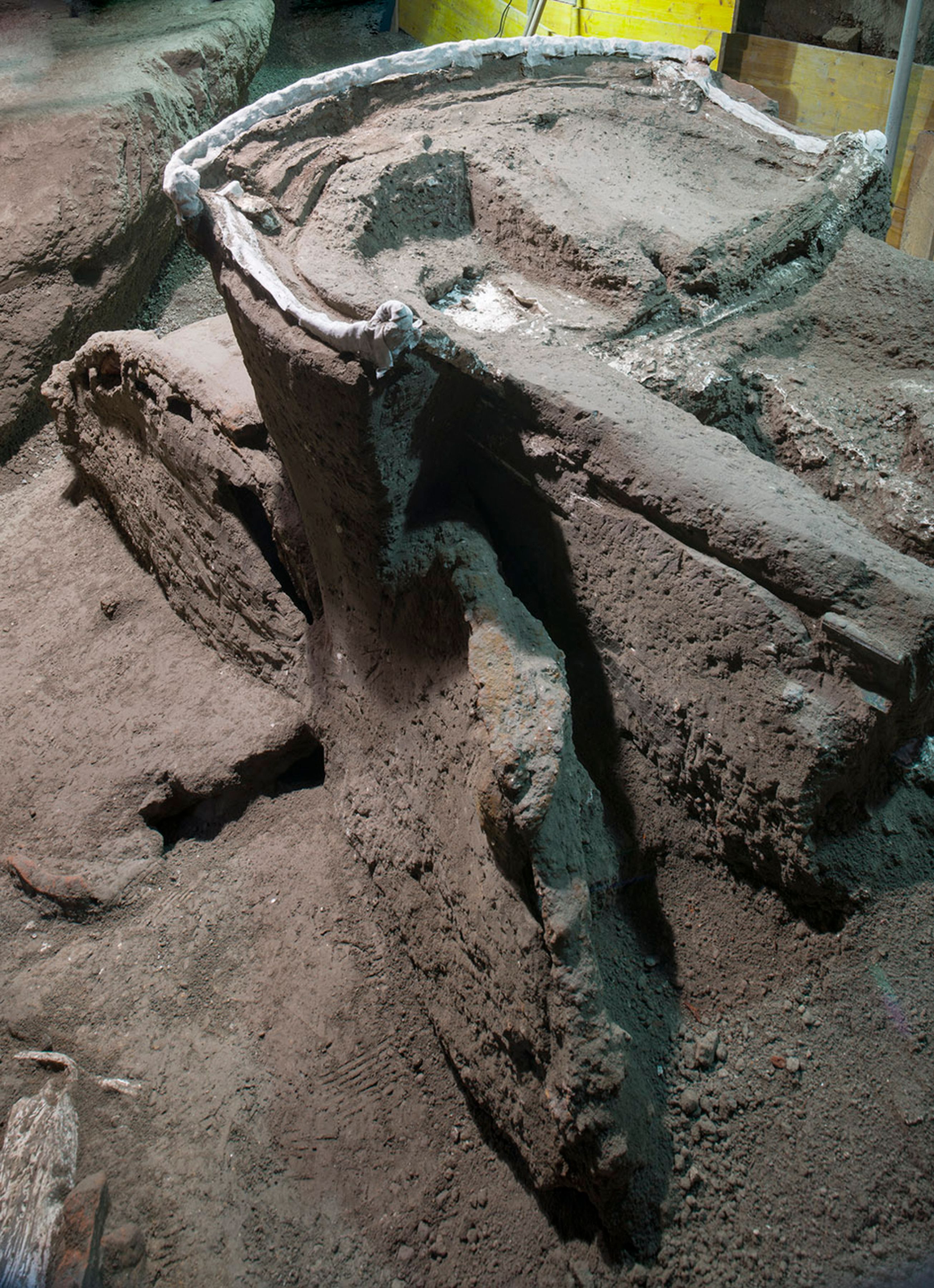 It was found at a villa close to the walls of the ancient metropolisCredit: AFP or licensors

Italian archaeologists say the important historical discovery has "no parallel" in the country.

It was found in the portico to stables where the remains of three horses were unearthed in 2018, including one still in its harness.

Pompeii was buried in boiling lava when Mount Vesuvius erupted killing between 2,000 and 15,000 people.

"A large ceremonial chariot with four wheels, along with its iron components, beautiful bronze and tin decorations, mineralised wood remains and imprints of organic materials has been discovered almost intact," a statement issued by the archaeologists said.

"This is an exceptional discovery... which has no parallel in Italy thus far - in an excellent state of preservation."

News of the find comes just weeks after the Sun Online told how an ancient Roman fast food takeaway shop has been uncovered in Pompeii. 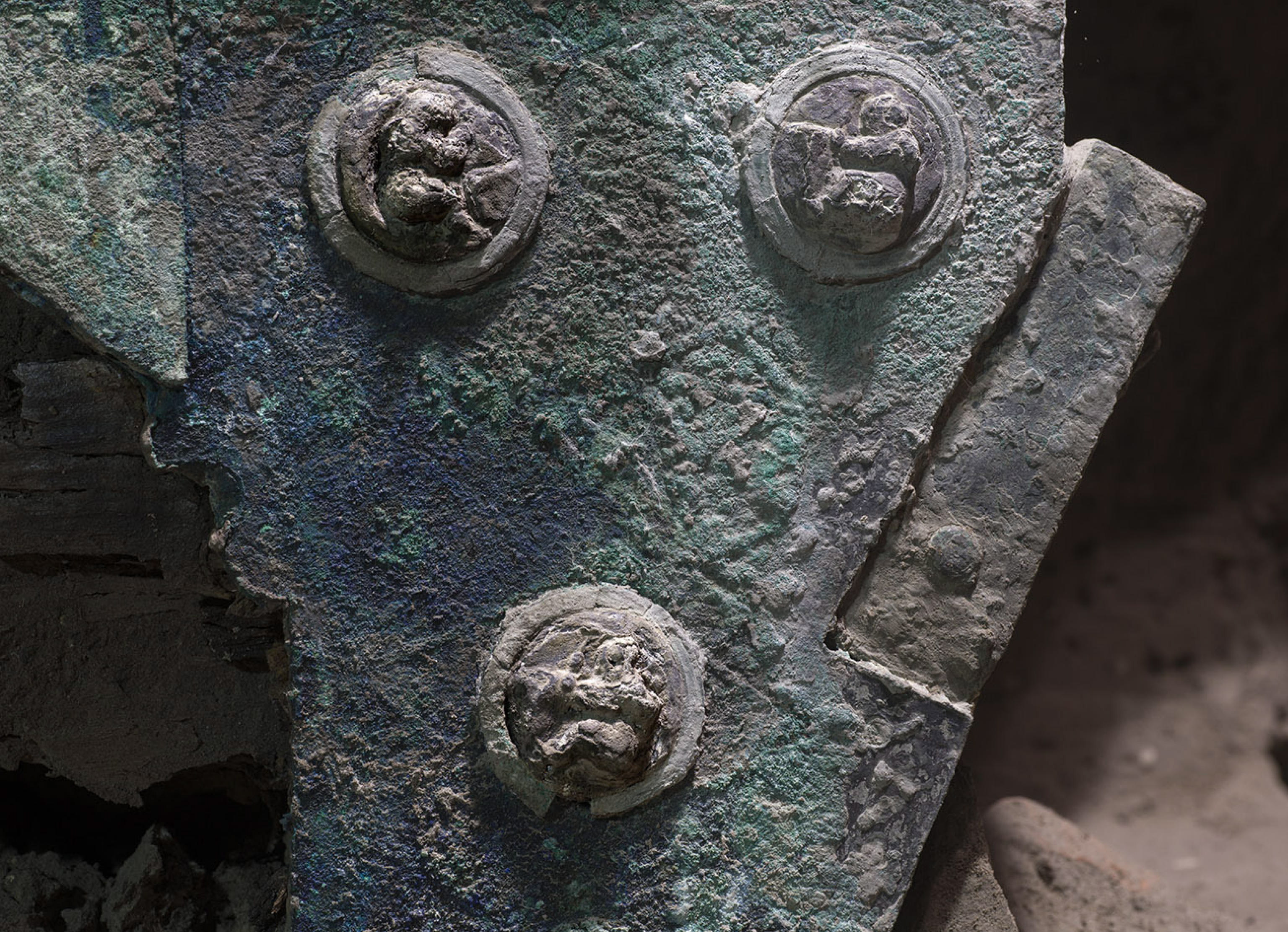 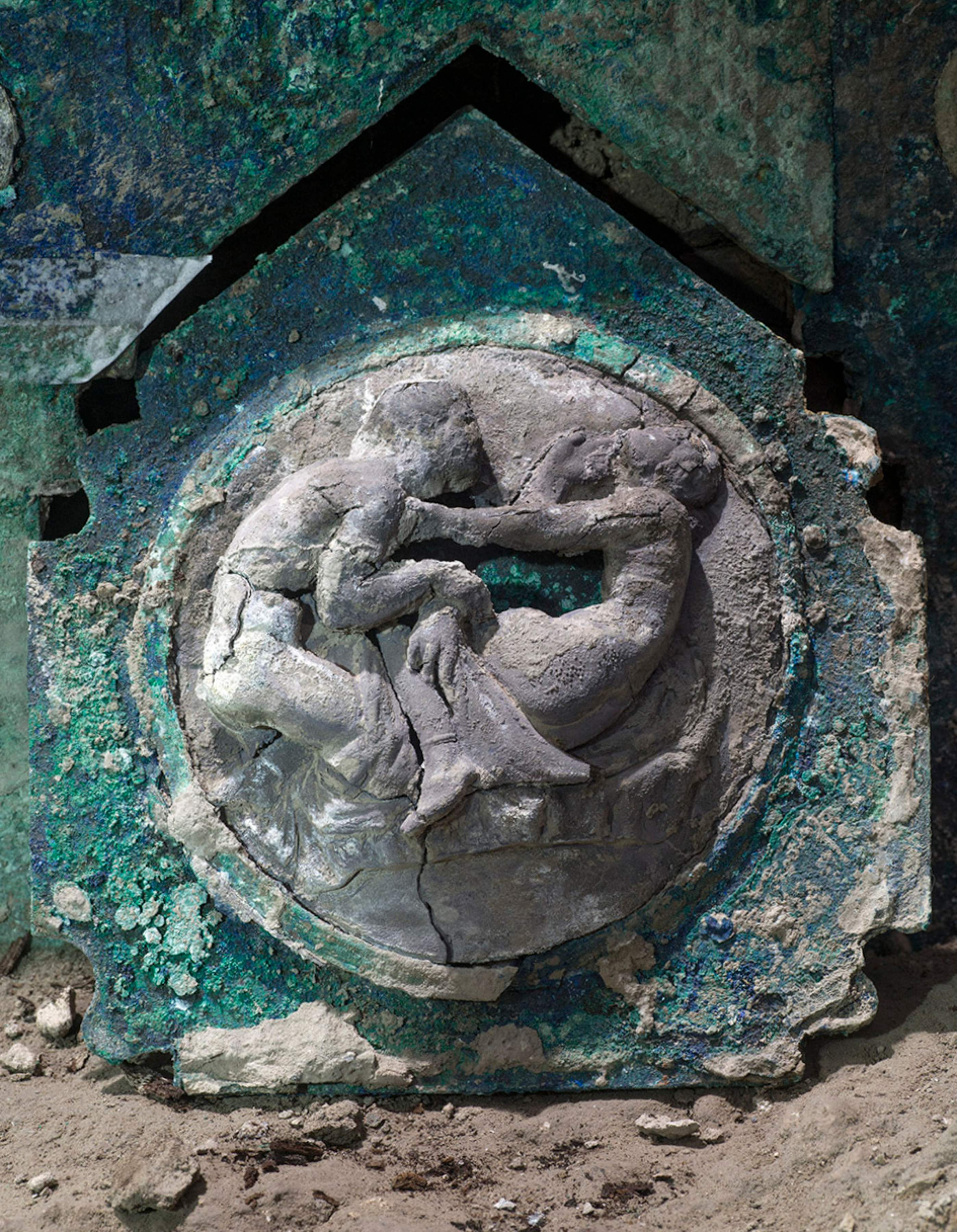 Pompeii was buried in boiling lava when Mount Vesuvius erupted in 79ADCredit: AFP or licensors 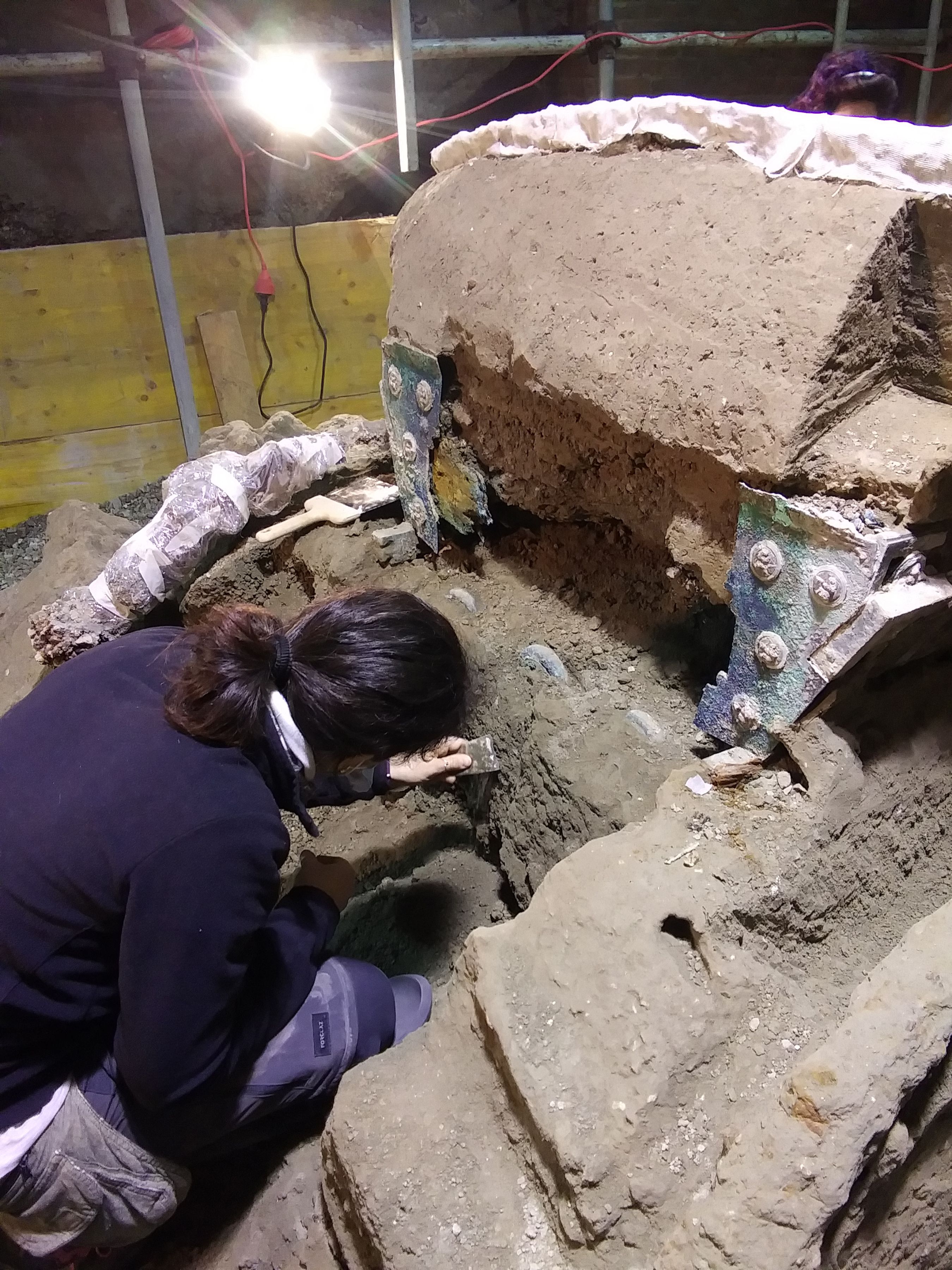 The 2,000-year-old carriage was discovered in a porch in front of a stableCredit: AFP or licensors

The snack bar was buried under tonnes of volcanic ash but has now emerged and provided a fascinating insight into daily life.

The excavation site where the carriage was found is known as the Civita Giuliana, a suburban villa that lies just a few hundred metres from the ancient city itself.

The excavation is part of a programme aimed at fighting illegal activity in the area, including tunnel digging to reach artefacts that can be sold on illicit markets.

Looters missed the room where the chariot had lain for almost 2,000 years, tunnelling by on both sides.

Specialists took great care to unearth the vehicle, for example by pouring plaster into voids "to preserve the imprint of any organic material".

Historians said this had allowed it to emerge well preserved down to the imprints of ropes, "thus revealing the chariot in all of its complexity". 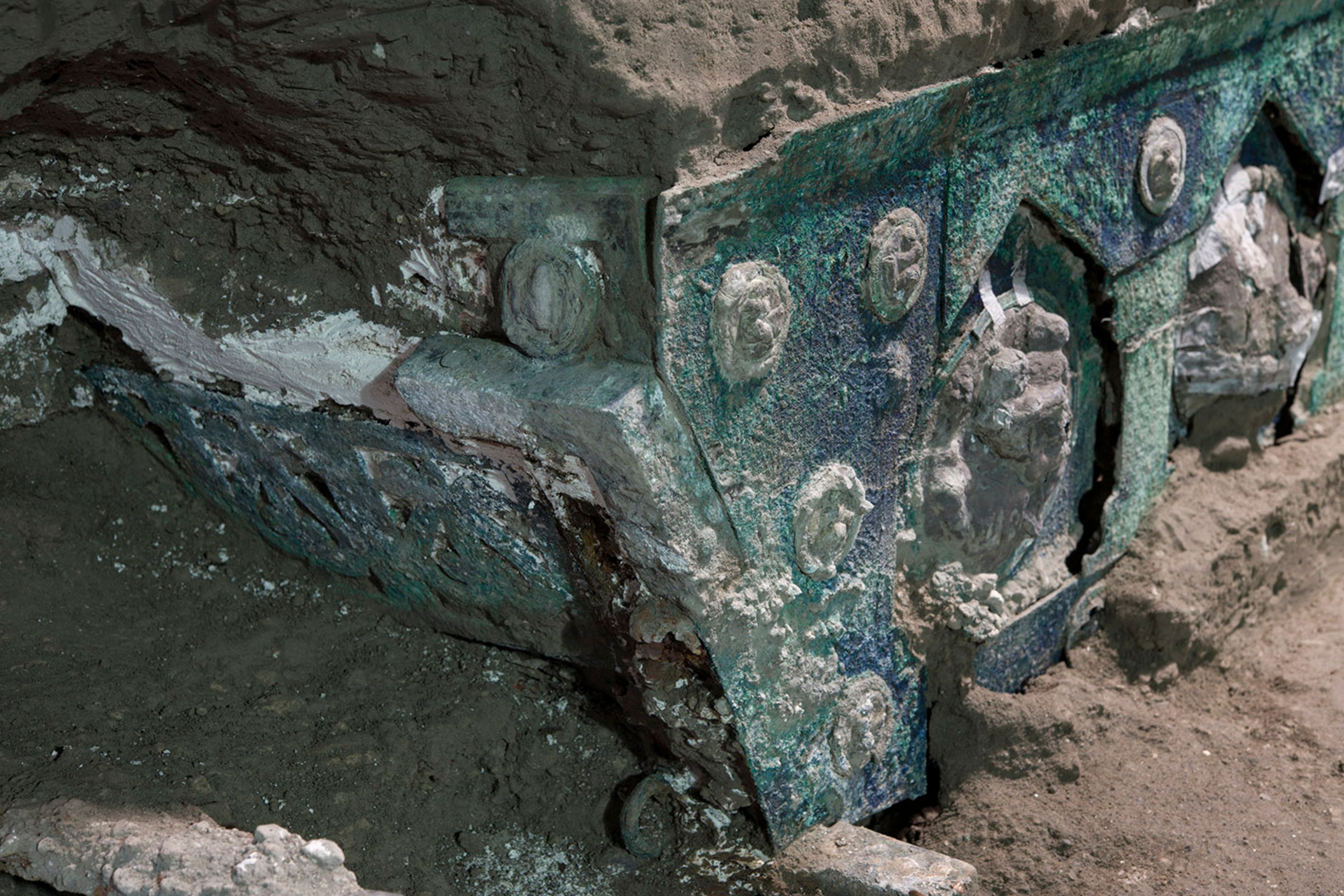 The excavation is part of a programme aimed at fighting illegal activity in the areaCredit: AFP or licensors 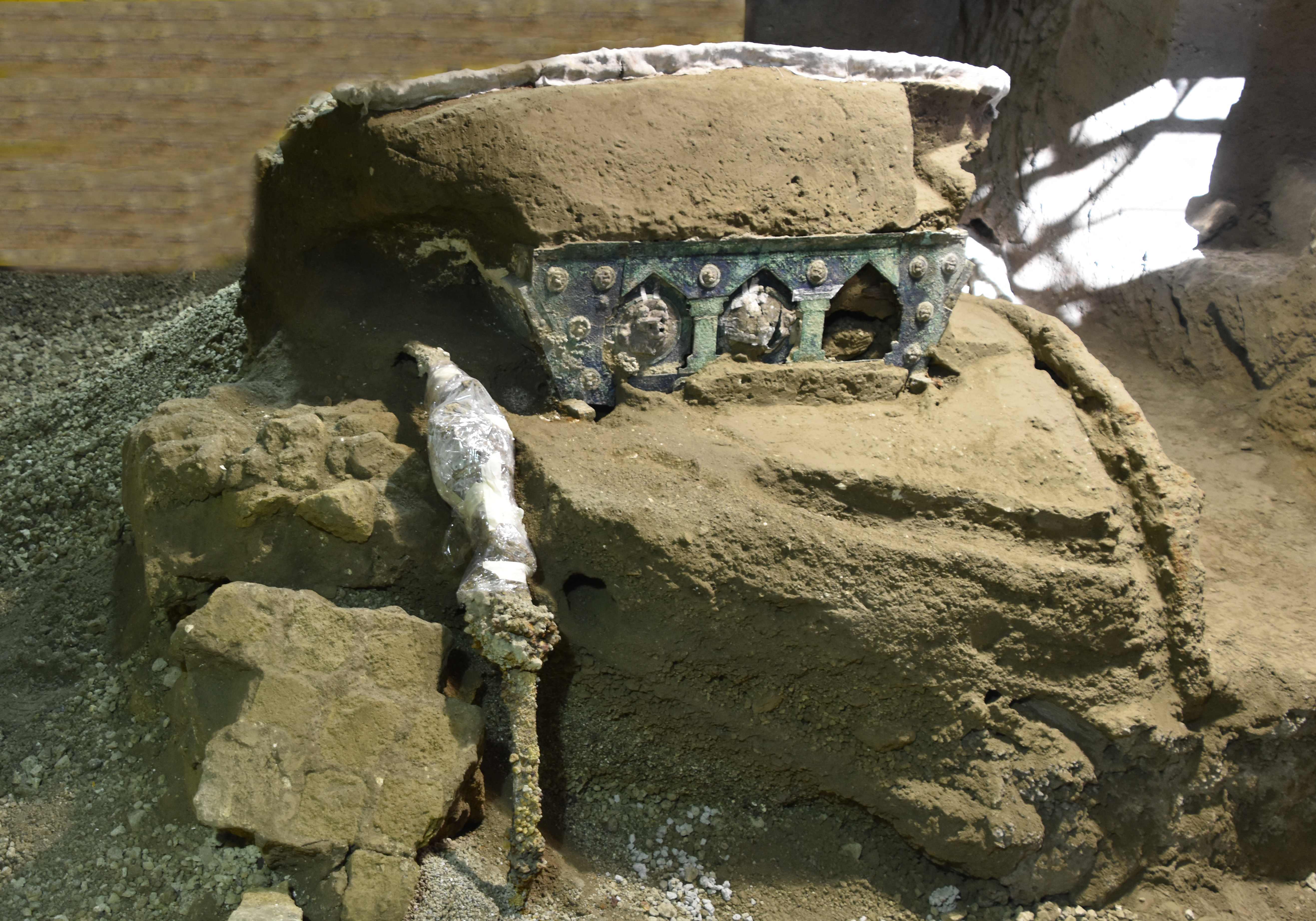 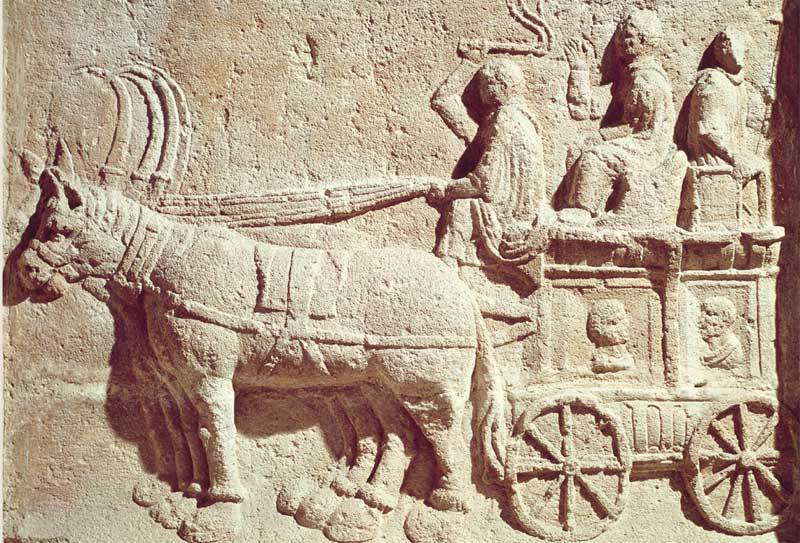 An image of what the carriage would have once looked likeCredit: Rex

"Pompeii continues to amaze with all of its discoveries, and it will continue to do so for many years yet, with 20 hectares (50 acres) still to be excavated," said Culture Minister Dario Franceschini.

"It is an extraordinary discovery for the advancement of our knowledge of the ancient world," added Massimo Osanna, outgoing director of the Pompeii archaeological park.

"What we have is a ceremonial chariot, probably the Pilentum referred to by some sources, which was employed not for everyday use or for agricultural transport, but to accompany community festivities, parades and processions."

Pompeii's remarkably well-preserved remains have slowly been uncovered by teams of specialists.

It is Italy's third most visited tourist site, drawing more than 3.9 million visitors in 2019.

The ancient city was closed after the coronavirus struck, and only reopened on January 18.