NHS Test and Trace has recorded its worst week ever - as the second national coronavirus lockdown begins.

New figures show the system reached the lowest ever proportion of contacts of people who tested positive for Covid-19 in England. 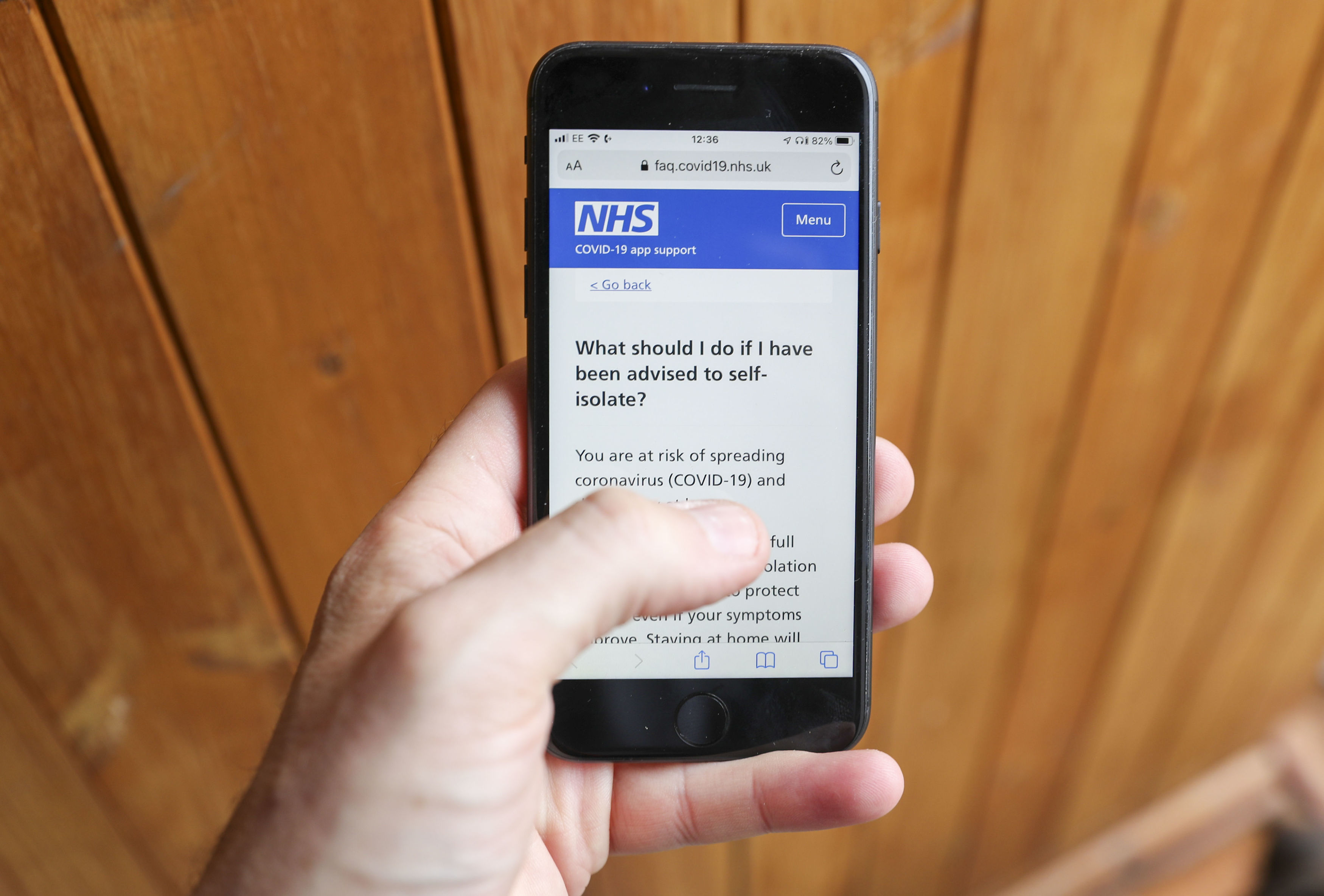 Four in 10 close contacts of people who tested positive are still not being reached, at the same time as it recorded its highest weekly number of positive cases.

A total of 137,180 people tested positive for Covid in England at least once in the week to October 28.

It is an increase of eight per cent on the previous week and the highest weekly number since Test and Trace was launched at the end of May.

According to the latest figures, 59.9 per cent of close contacts of people who tested positive in England were reached through the system in the week ending October 28.

This is the lowest since Test and Trace began and is down from 60.6 per cent for the previous week.

For cases managed by local health protection teams, 97.9 per cent of contacts were reached and asked to self-isolate in the week to October 28.

For cases managed online or by call centres, the figure was 58.5 per cent.

Just 26.4 per cent of people who were tested in England in the week ending October 28 at a regional site, local site or mobile testing unit - a so-called "in-person" test - received their result within 24 hours.

This is up from 22.6 per cent in the previous week.

Baroness Dido Harding, interim executive chair of the National Institute for Health Protection, said: “We know that there are areas where we still need to improve and we are working tirelessly to make the service quicker and more effective every day.

"We have expanded capacity to over 500,000 tests a day to help meet demand over the winter period and continue to improve test turnaround times.

"Increased capacity and testing innovations have also allowed us to start regular testing of staff across the NHS and care homes, which will start tomorrow.

“NHS Test and Trace is a crucial weapon against this virus, but it is not a silver bullet.

"I urge everyone to follow new restrictions and book a test if you have symptoms to help protect each other during this time.”

Boris Johnson had pledged that, by the end of June, the results of all in-person tests would be back within 24 hours.

The Prime Minister told the House of Commons on June 3 that he would get "all tests turned around within 24 hours by the end of June, except for difficulties with postal tests or insuperable problems like that".

Before the new figures were published, Justice Secretary Robert Buckland said the month-long lockdown that began in England today will be used to "redouble our efforts" to expand the NHS Test and Trace programme.

Speaking to BBC Breakfast, he said it is also vital to increase the speed at which test results are returned.

"Lots of people are receiving them the next day which is good, but there are still too many people who are having to wait for days and we are going to continue to work to speed that up," he said.

"We've got to use this time not only to deal with Test and Trace but also to prepare for when we get a vaccine."

He said any future vaccination programme would prioritise those in greatest need "so we can avoid a stop and start scenario where we're having to go in and out of lockdowns".

Only 3.5 per cent of people in England who used a home test kit for Covid-19 received their result within 24 hours in the week to October 28.

This is the same percentage as the previous week.

Some 36.5 per cent of people received the result of a home test within 48 hours, up from 24.9 per cent in the previous week.