KAMALA Harris was caught on a hot mic asking an aide which city she was in — just before she addressed a campaign rally in Cleveland.

The vice-president candidate is heard asking the bizarre question to an assistant in a clip that circulated widely on social media and retweeted by Eric Trump. 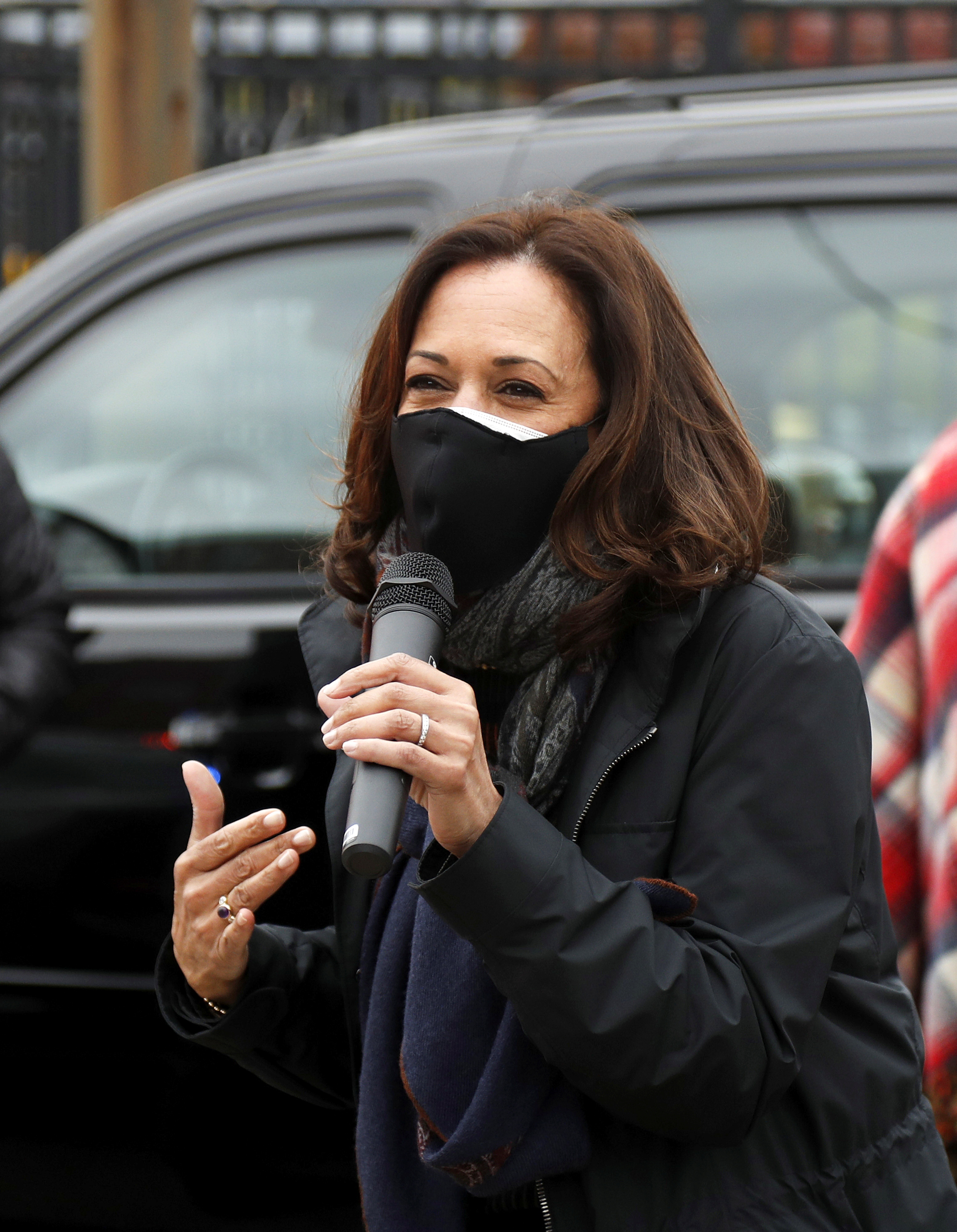 On the hot mic she says: "Are we in Cleveland?"

When the aide confirms she is, the Democratic vice presidential candidate says: "Hey, Cleveland, it’s Kamala!"

Harris spoke at a campaign rally at Cuyahoga Community College on Saturday and urged Clevelanders to vote for Joe Biden.

During her appearance, Harris took a page from Joe Biden by dropping a gaffed, saying the coronavirus pandemic had killed "over 220 million" Americans.

Ohio is a key swing state with polls showing Biden and Trump in a virtual tie in the Buckeye State.

She told supporters: "You are going to make the difference!

"It is through the voice of your vote, and you have the power.

"The power is with the people, and you know that. That's why you're standing in this line today, and I just came to say thank you!" 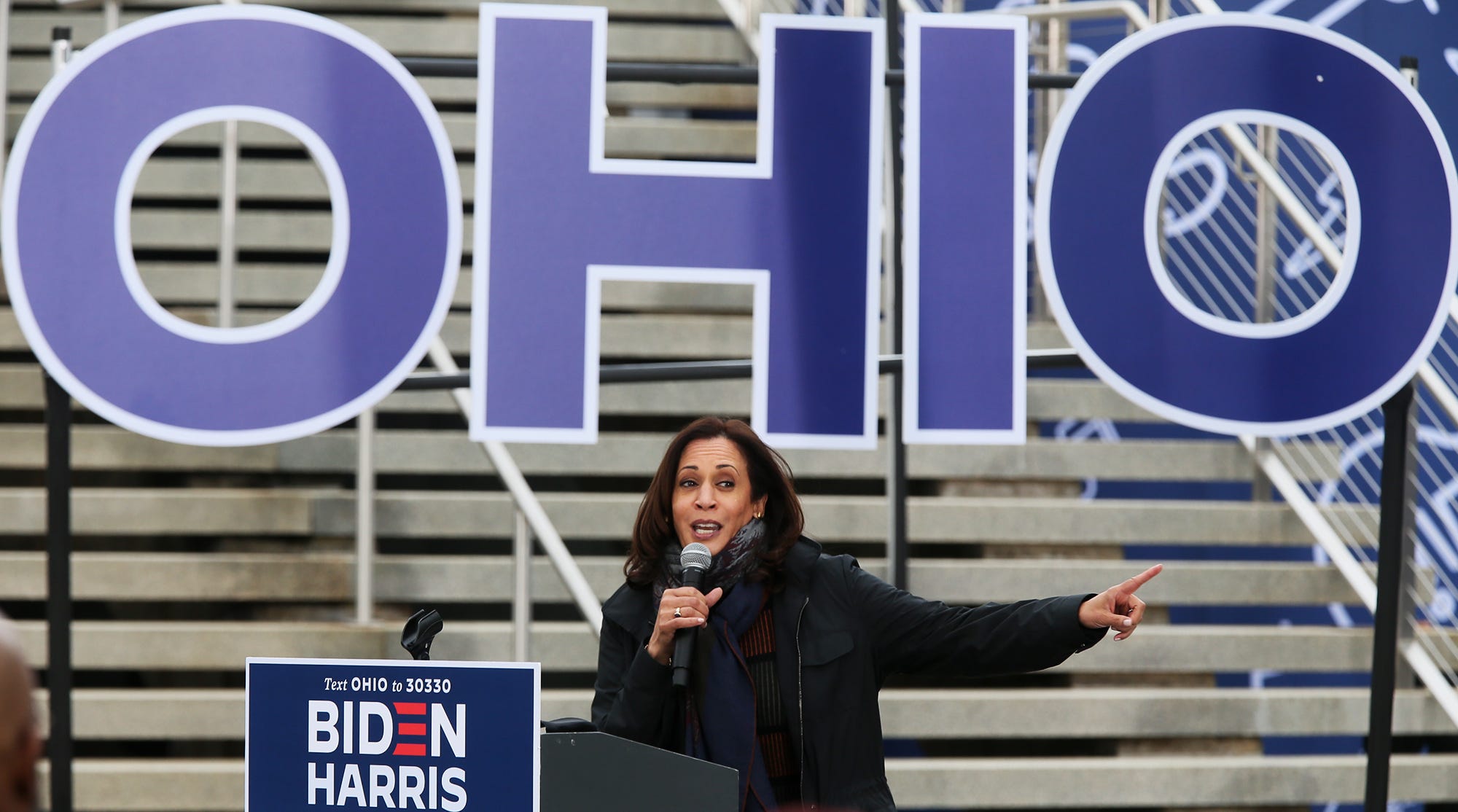 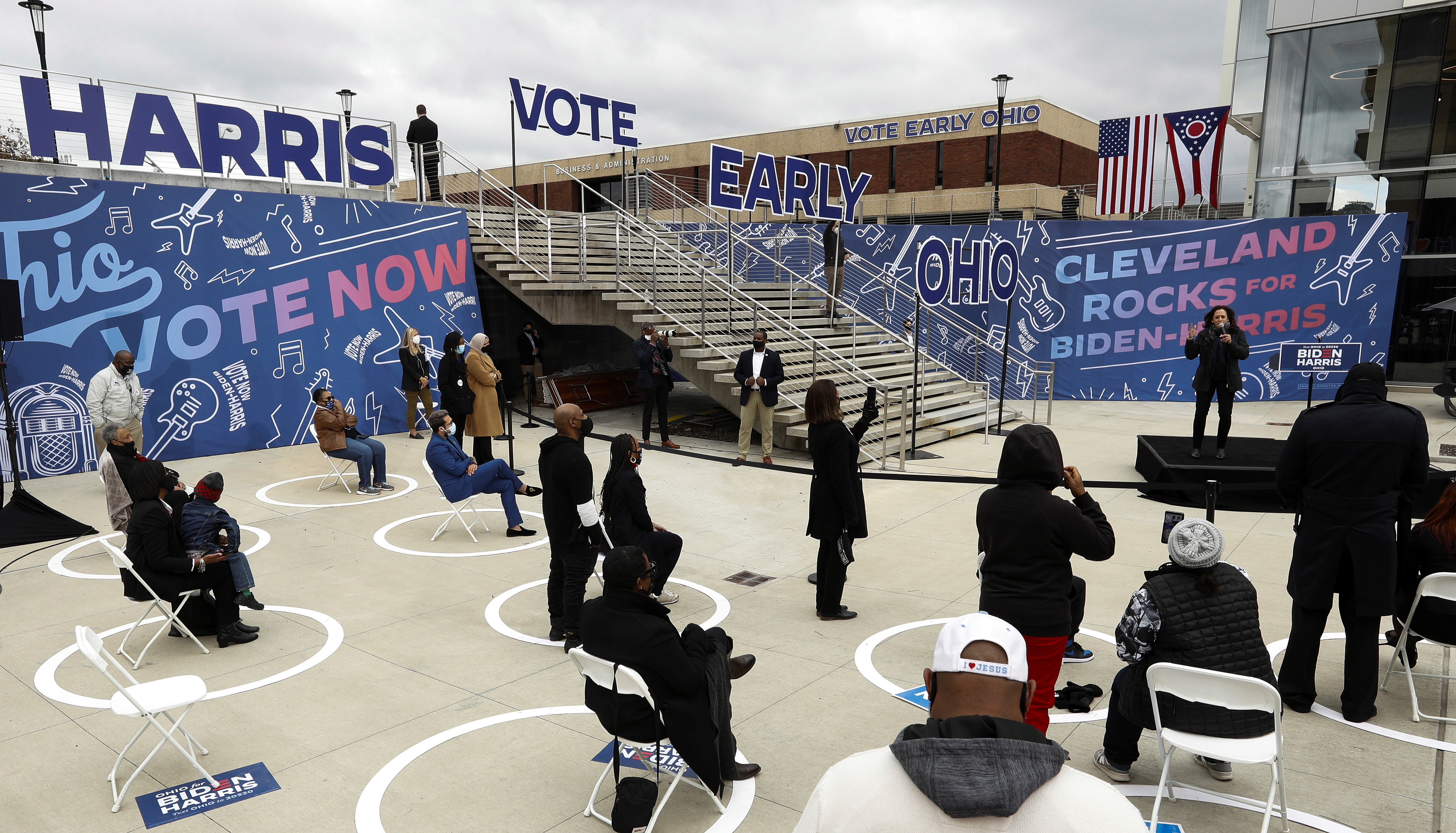 The event was socially distancedCredit: Reuters

Harris, the first black woman on a major party’s national ticket, made a direct appeal to black men on Friday.

Defending her record as a prosecutor, she blasted President Donald Trump as “racist".

She said: "I’m not going to tell anybody, including black men, that they’re supposed to vote for us.

"We need to earn that vote." 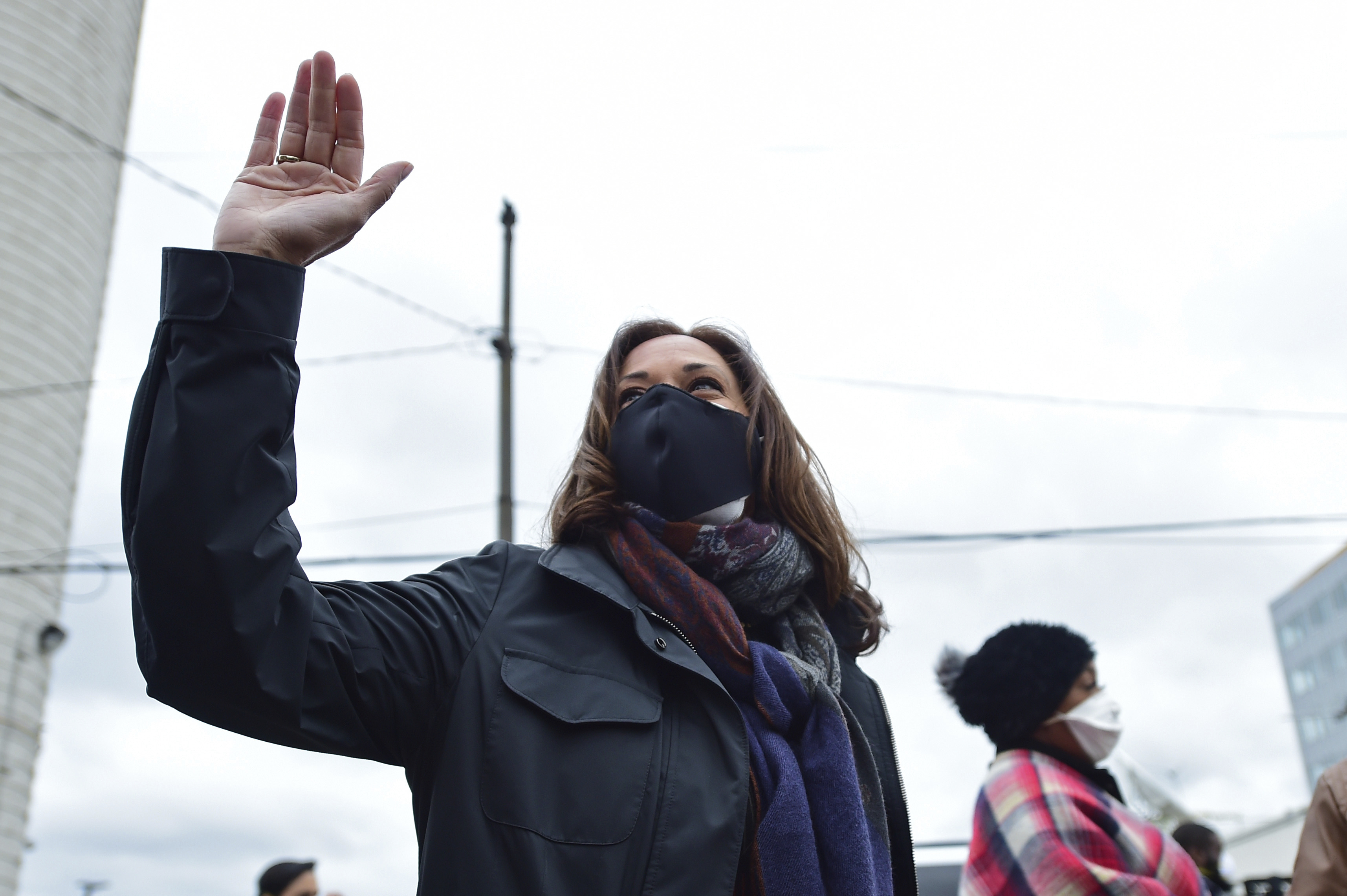 Kamala Harris waves to Cleveland after it was confirmed where she wasCredit: AP:Associated Press