BELGIAN doctors infected with coronavirus have been asked to keep working or the health system “will collapse in days”.

Belgium has the sixth-highest number of recorded Covid-19 cases in Europe following France, Spain and the UK. 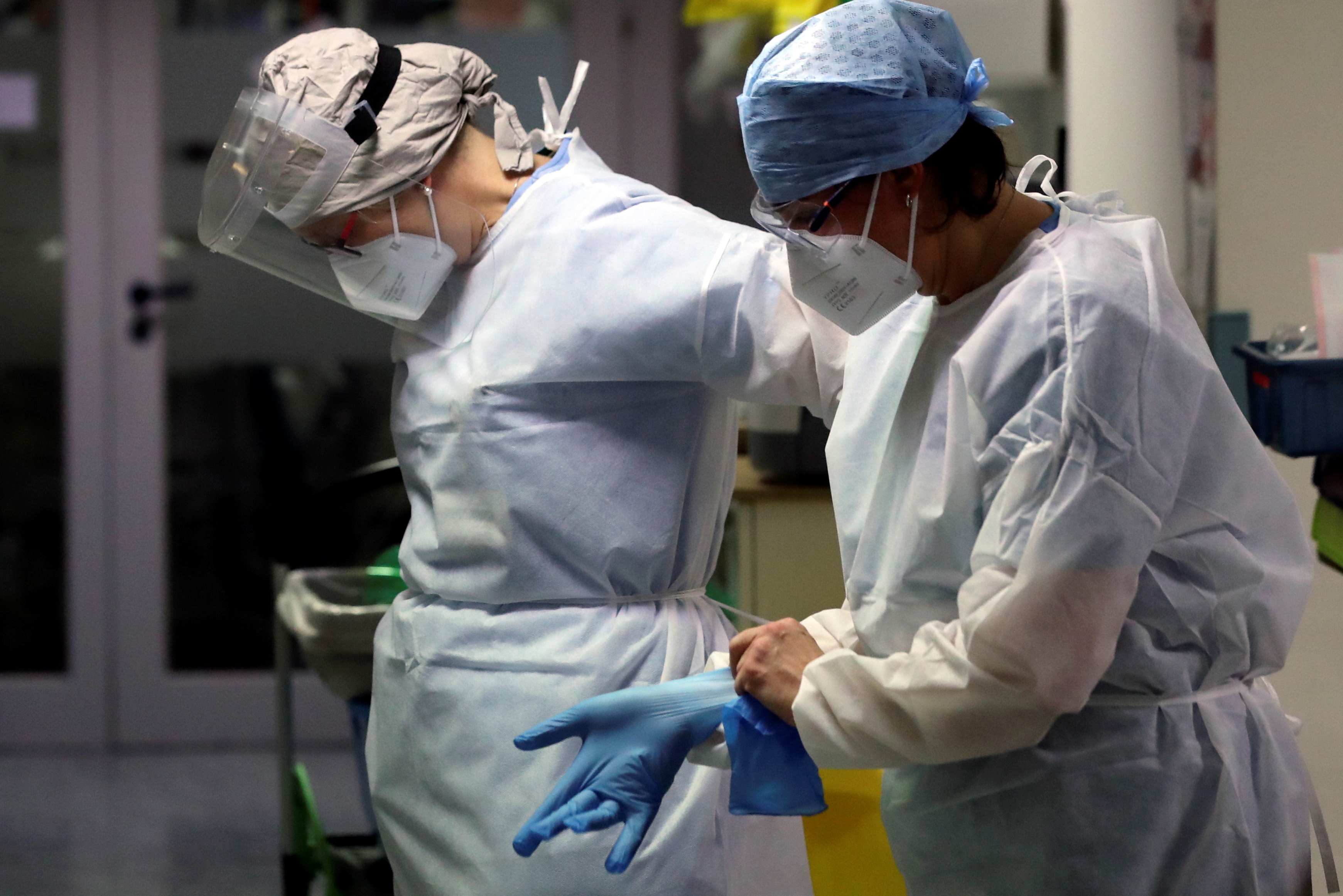 Hospital staff in the city of Liège have been asked to continue to work if they have tested positive for the virus but show no symptomsCredit: REUTERS 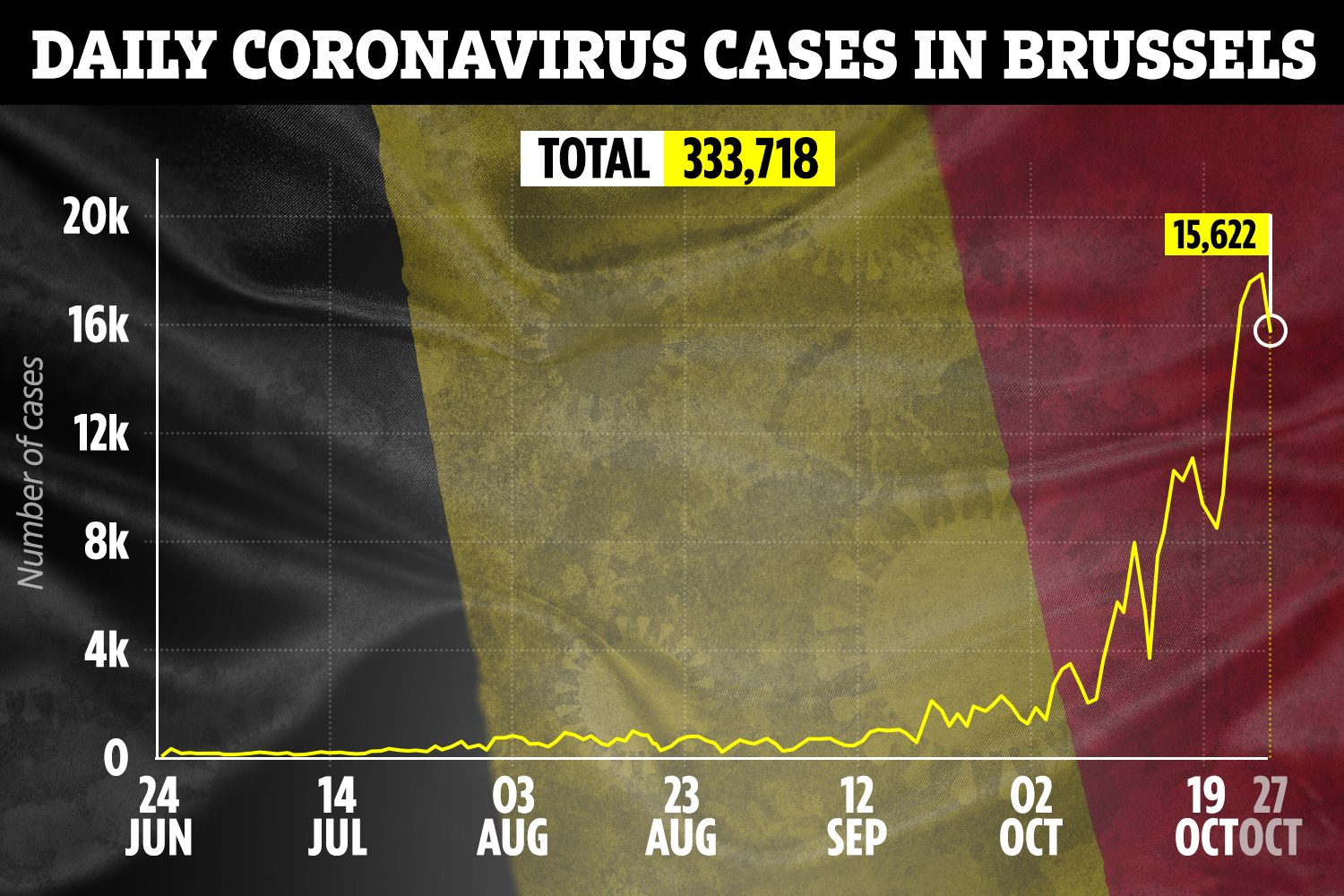 Hospital staff in the Belgian city of Liège who have tested positive have been asked to stay working in a bid to keep up with the surge of new cases and hospitalisations.

According to the BBC, a quarter of medical staff in Liège are off sick with Covid-19.

10 hospitals have requested infected staff who have tested positive but have no symptoms to keep working.

The head of the Belgian Association of Medical Unions told the BBC they had no choice if they were to prevent the hospital system collapsing within days.

Dr Philippe Devos acknowledged that there was an obvious risk of transferring the virus to patients.

In an intensive care unit of the University Hospital of Liège a nurse who had contracted the virus has carried on working.

Speaking to Euronews nurse Thomas, 33, said: “I don't have much choice.

“I didn't have many symptoms. I alerted by a superior.

“He told me 'we can't replace you, you must come in'. It's a difficult decision.

“The patients can't take a break, also I'm sticking with my team. We're afraid of infecting the sick. We're taking even more precautions.”

Thomas is one of four nurses who have tested positive for Covid-19 out of a total of 23 on his unit. 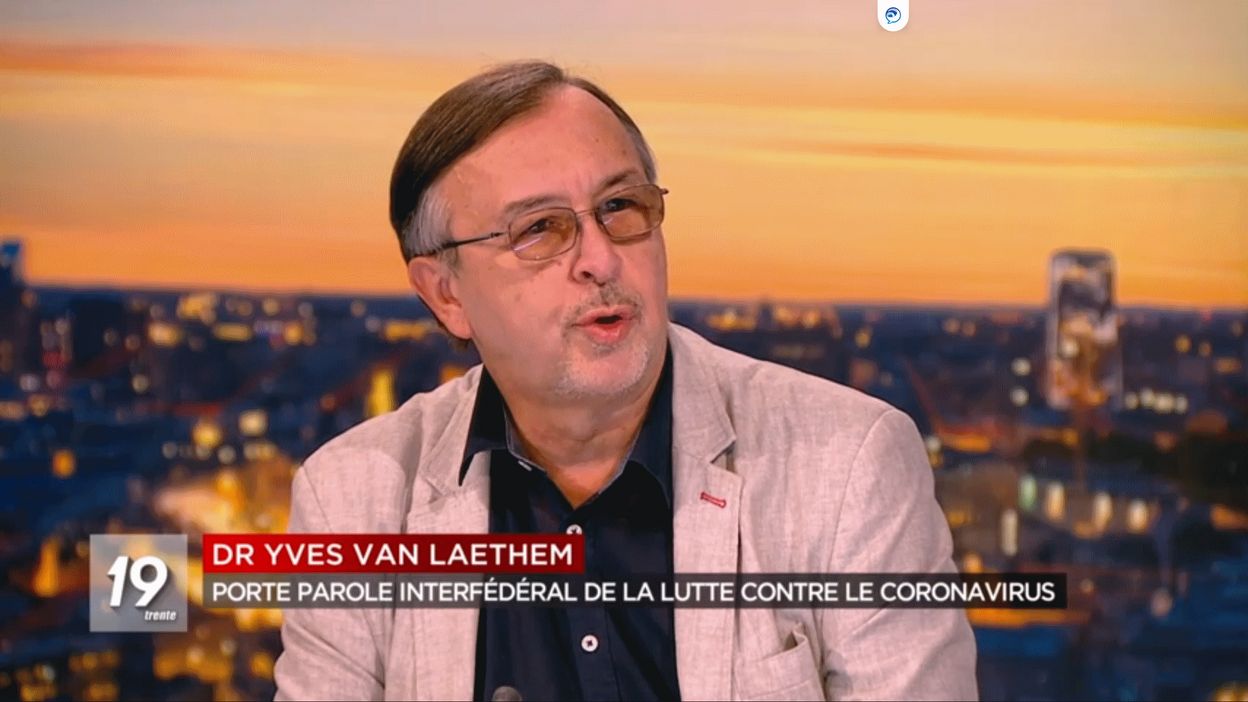 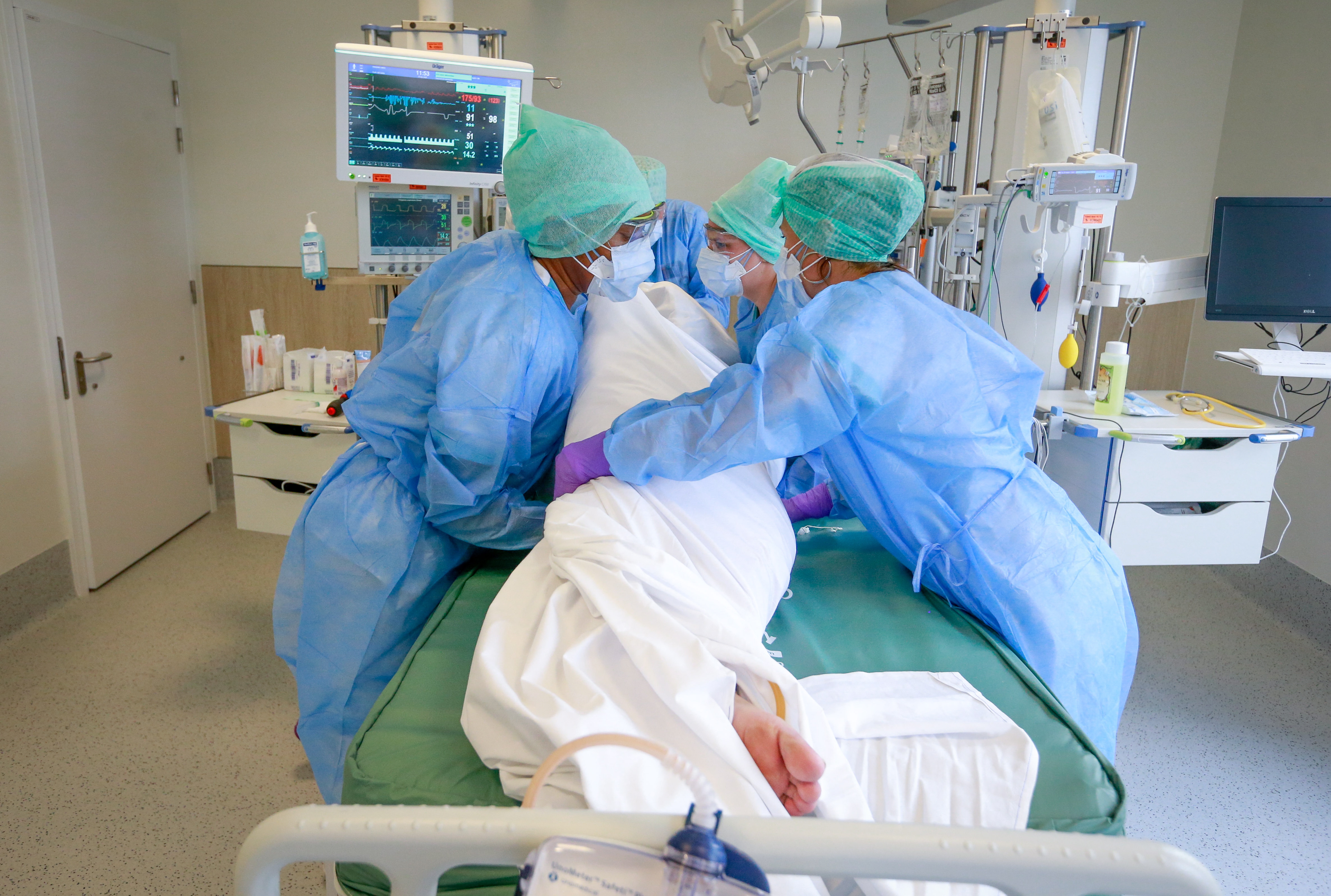 Belgium has the sixth-highest number of cases in EuropeCredit: EPA

Over the last two weeks, Belgium has recorded 1,390 cases per 100,000 people according to data from the European Centre for Disease Prevention and Control,

It comes as a top health official warned that the country could run out of intensive care beds in as little as two weeks.

Speaking at a press conference yesterday, Belgium’s health ministry spokesperson Yves Van Laethem said: “Within four days, by the end of the week, we should pass the milestone of 1,000 patients in intensive care.

“Without changing the curve of our behaviour, we should reach 2,000 patients in intensive care in two weeks, i.e. our maximum capacity."

The number of hospitalisations over the last seven days has increased by 85% with an average of 468 people being admitted every day.

In desparate need of intensive care beds, Belgium has asked the Netherlands to take some of its Covid-19 patients but Dutch hospitals have little capacity to help out, local media reports.

Out fo the 80,000 tests sent out every day, one in five are coming back positive, one in three are coming from the province of Liège.

144 workers at meat factory in Norfolk test positive for coronavirus

How to claim your extra $300-a-week in unemployment benefits

The 45-year-old is conscious and her condition stable, her spokesman said.

Wilmes said on Saturday she had tested positive and that she had probably caught the virus from a relative rather than at work.

Alexander De Croo, who took over as Prime Minister at the start of October, said on Twitter he hoped she would recover swiftly. 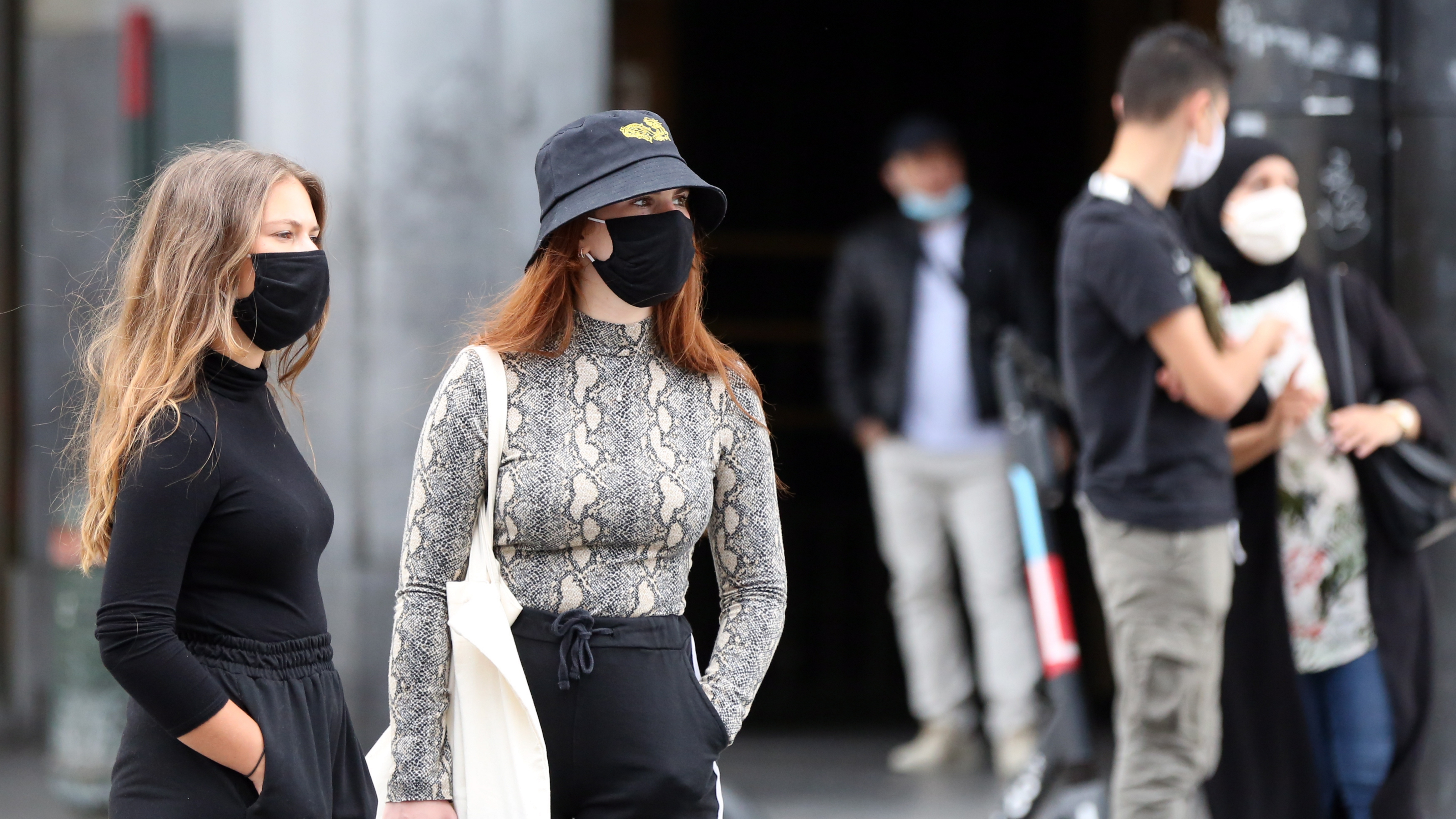 In Belgium one in five of the people who are tested every day test positive for the virus Credit: Getty Images - Getty 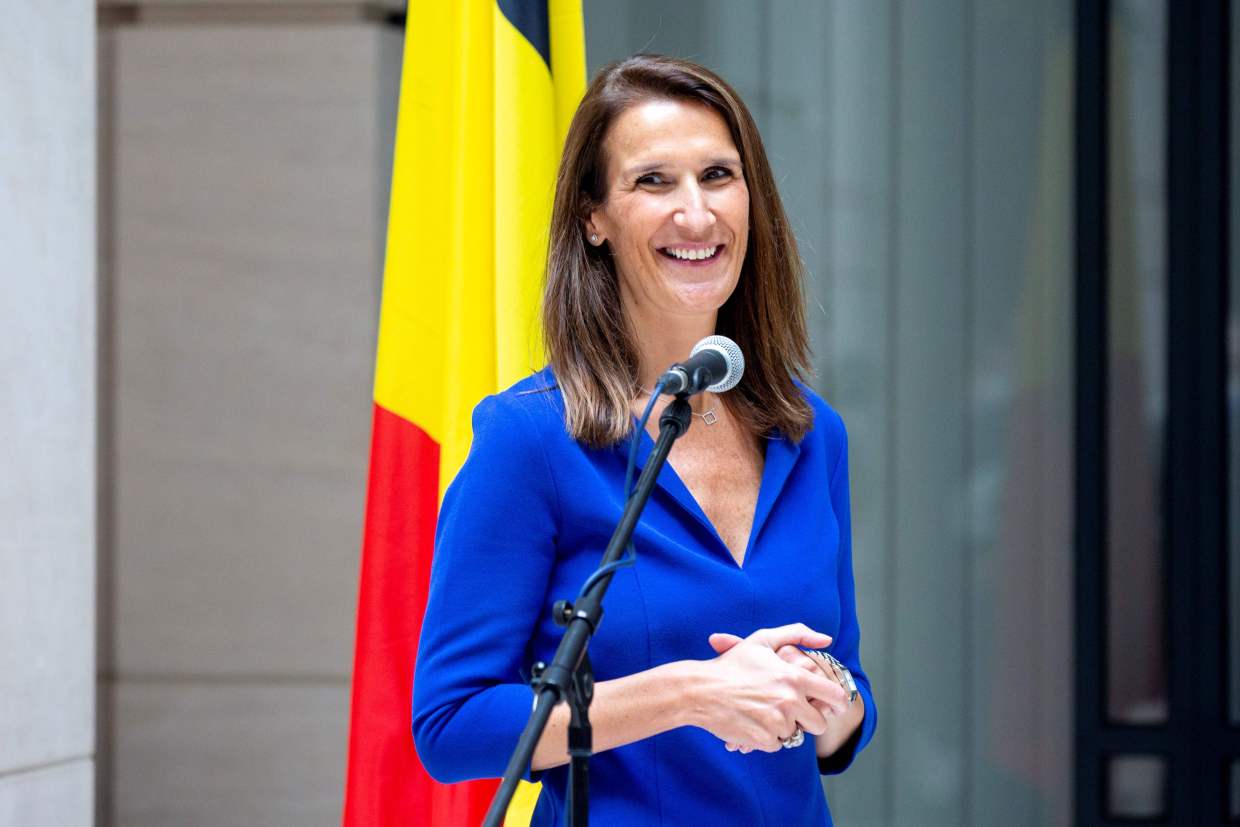