JOE Biden must "tell supporters not to commit acts of violence and destruction," Fox News host Laura Ingraham has said.

The anchor urged the Democrat to tell the protesters to step down on or around Election Day. 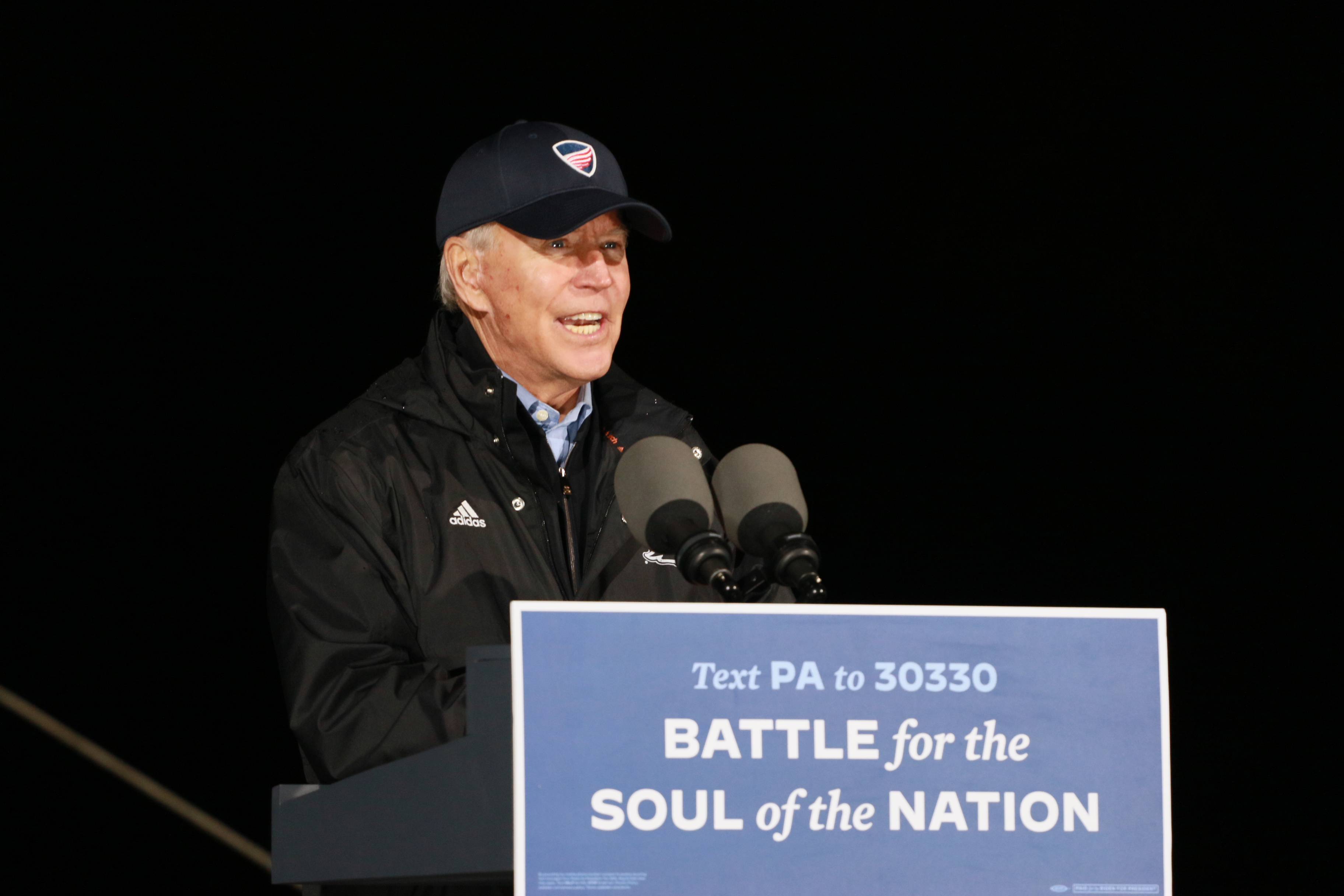 The anchor called on Biden to tell protesters to step downCredit: Splash News

"I call on Joe Biden to urge his supporters not to commit acts of violence and destruction on Election Night," Ingraham raged on Sunday.

She went on to show several photographs of stores being boarded up across Washington DC in anticipation of violent riots.

"It's not boarded up because [Washington D.C.] Mayor Muriel Bowser thinks MAGA supporters will rampage if they don’t get their way," the anchor said.

"This may actually be a good sign so long as Biden calls off his rioters on November 4." 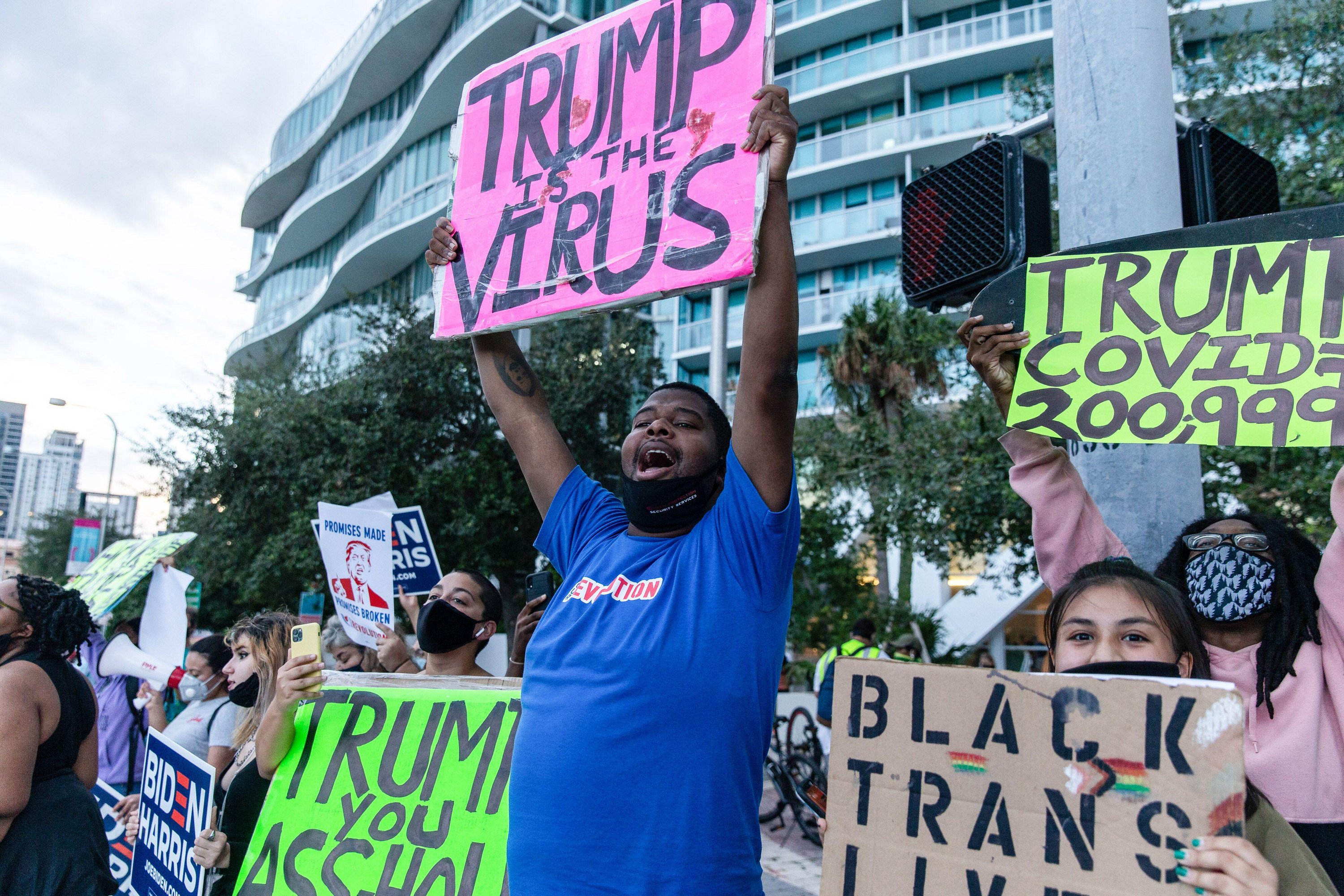 She asked him to 'urge his supporters not to commit acts of violence'Credit: Alamy Live News

Ingraham then spoke directly to her audience, encouraging them to vote despite anyone trying to "demoralize" them.

"No one can stop you from casting your vote on Election Day. They wanted to demoralize you, but look at these [Trump] rallies.

"Look at them. Look at these caravans. Look at the boat parade. Trump supporters weren’t fazed at all by the left's intimidation or social media censorship. They showed up for their man in Washington."

The news comes just days after a hangman's noose near polling booths was covered up amid accusations it was there to intimidate black voters. 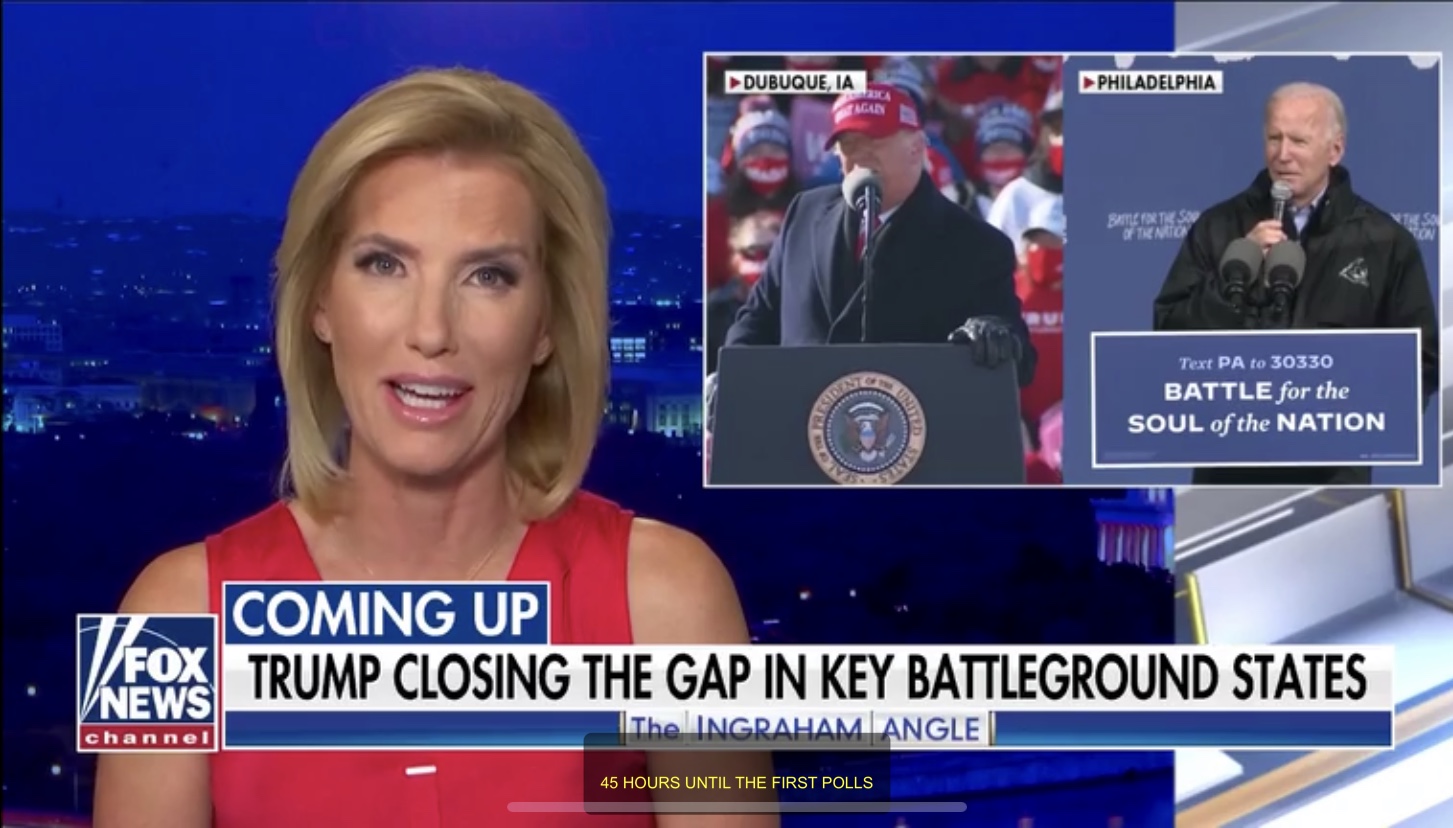 The replica noose is in a display cabinet in a southwest Missouri county building, next to photos as part of a historical exhibit.

The Missouri Democratic Party released a photo of the display with several voting booths nearby in a hallway of the Stone County building in downtown Galena, about 20 miles northwest of Branson.

Clem Smith, the acting chair of the Missouri Democratic Party, said: “For a noose to be displayed next to voting booths is clear intimidation targeting Black voters.

“This symbol’s purpose is to stoke the fires of racial prejudice and strike fear in the hearts of people of color. It is a painful reminder of the murders and lynchings of Black Americans.

“To see one next to a voting booth is offensive, inappropriate, and outrageous. It should be obvious to anybody that a noose does not belong at anybody’s election booth.

“It must be taken down immediately.”