BORIS Johnson today warned that sick Brits would be turned away from hospitals and doctors forced to choose who would live and who would die, unless the country enters a new national lockdown.

The PM told of the "existential threat" to the NHS as he faced down critics in the Commons who told him the country was slipping into a "authoritarian" regime. 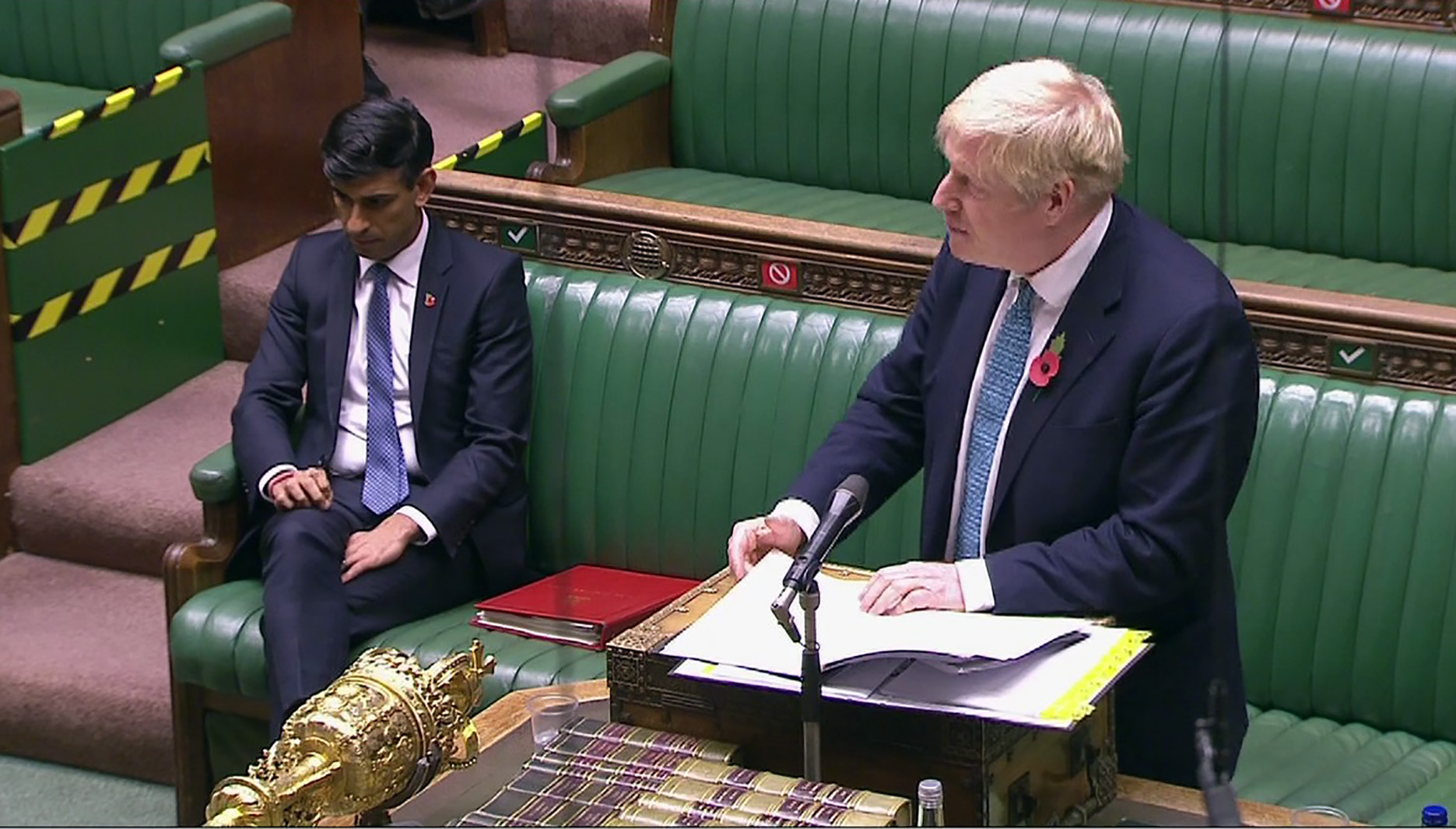 Boris warned of painful times to come but that he hoped coronavirus could be defeated by the springCredit: supplied by Pixel8000 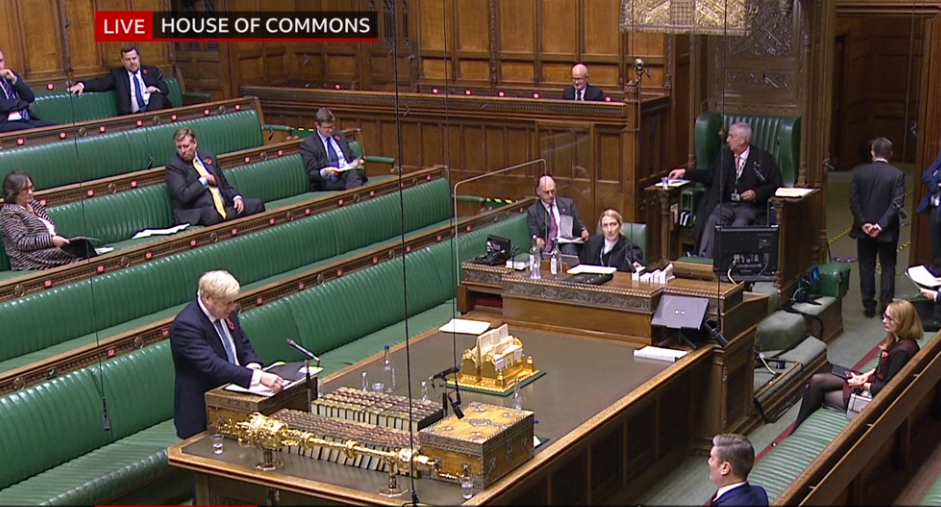 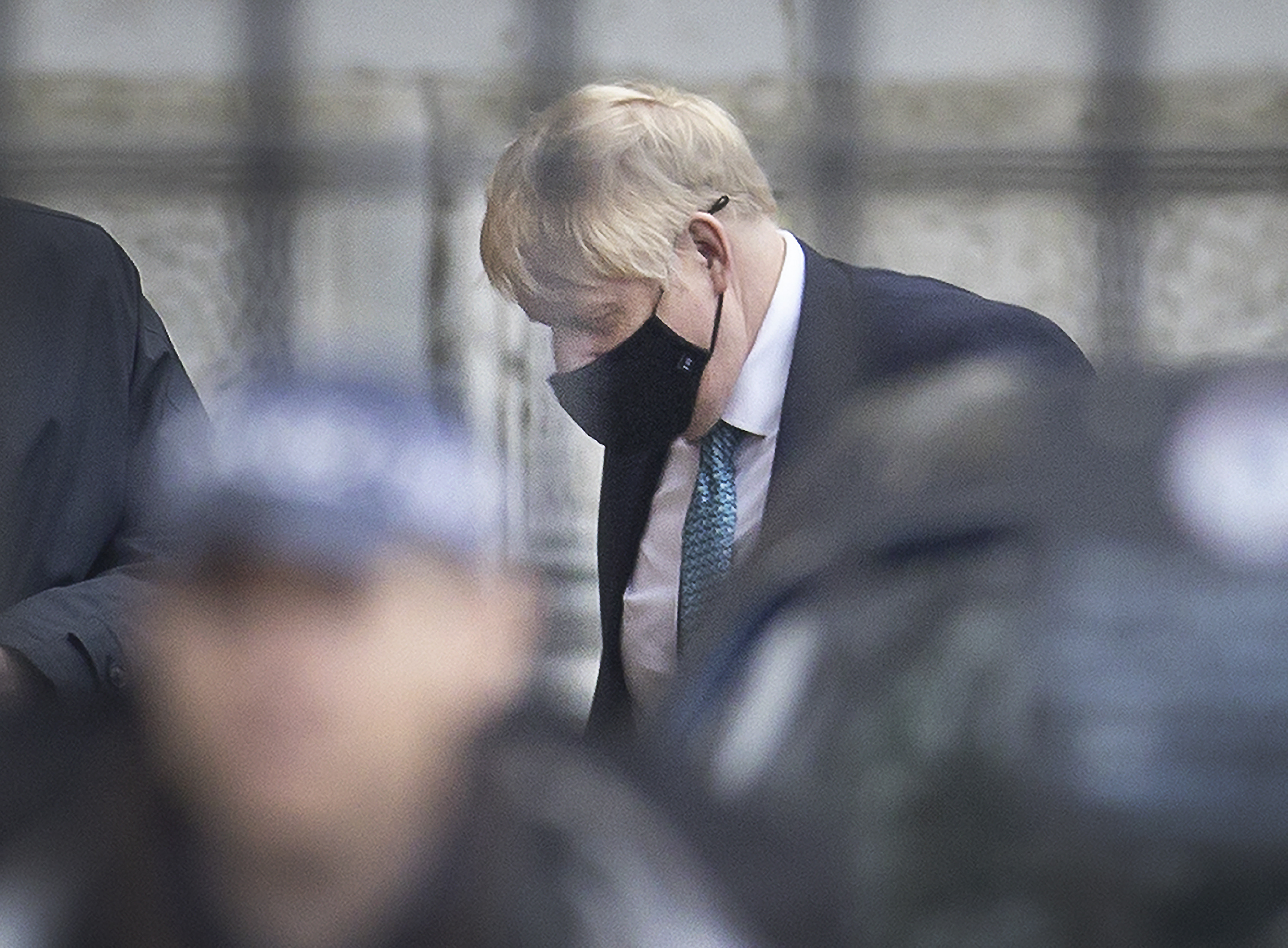 The PM gave the nation the lockdown news on Saturday at a press conferenceCredit: London News Pictures

He is outlining the one-month lockdown measures he will put in place from Thursday - if MPs vote for it on Wednesday.

Non-essential businesses will shut, people will be banned from meeting others and everyone will be ordered again to work from home.

The PM made the case to avoid a "medical and moral dilemma" of the NHS being overwhelmed, acknowledging the way ahead will not be easy.

But mass testing and "the real prospect of a vaccine" gave him hope that we can "defeat the virus by the spring".

If there is no second lockdown, he warned: "We would also reach a point where the NHS was no longer there for everyone.

"The sick would be turned away.

"The sacred principle of care for anyone who needs it, whoever they are and wherever whenever they need it, could be broken for the first time in our lives.

"Doctors and nurses could be forced to choose which patients to treat - who would live and who would die."

Cancer treatment, heart surgery and other life saving NHS treatments could be "put at risk", he added.

"I cannot pretend that the way ahead is easy or without painful choice for us all."

But he fell of promising the rules will definitely be lifted at the end of the month as the country hopes.

Boris told MPs the restrictions were "time limited and after four weeks they will expire" unless MPs renew them.

He added: "And we intend to return to a tiered system - according to latest data and the house will have a vote to agree the way forward.

"We are continuing to work with the devolved administrations on plans for Christmas and beyond."

The PM vowed new rapid result tests would be rolled out in "the next few days and weeks" with the army brought in to help the distribution.

It would allow pregnant women to have their partners beside them throughout births, and would allow "testing [of] whole towns and even cities".

And he revealed that the self-employed support would double over the next month to 80 per cent of profits.

Boris Johnson's 500,000 a day testing target was met after a huge ramping up of capacity Another SAGE adviser said the lockdown should last LONGER if schools stay open - as militant unions and Andy Burnham said they should And one recommended that secondary school students wear masks in classroooms - following Scotland The Scots Tory boss Douglas Ross said the PM was wrong to ignore calls for a national lockdown and says furlough should have been replaced earlier Business Secretary Alok Sharma promised a "steady but significant" deployment of rapid coronavirus tests as he acknowledged a vaccine which can eradicate Covid-19 "may never materialise" Nicola Sturgeon's five-tier system comes into play today - and she warned it could be replaced by a nationwide lockdown as early as next week People in England will be banned from popping over the border into Wales for a pint during the national lockdown in England

He blasted the PM for his "failure" to lock down early enough, ignoring advice for 40 days.

And he said: "At every stage the Prime Minister has been too slow, behind the curve."

But furious Tory MPs insisted they couldn't support another lockdown which would harm lives and restrict the public's movements yet again.

Charles Walker MP said he couldn't back the PM's plans "as we drift further into an authoritarian coercive state".

He said the nation would never forgive the Government for banning them from seeing their own families.

And the DUP's Sammy Wilson even compared him to appeasing Hitler at the height of his rampage across Europe.

We will get through this - but we must act now to contain the spread of coronavirus.

It is my sincere hope and belief that by taking tough action now, we can allow families across the country to be together. pic.twitter.com/81yGUSYcB7

LIVES COULD HAVE BEEN SAVED

It comes after scientists revealed a grim set of data over the weekend - warning the number of deaths could be double that of the last lockdown.

And it was feared that deaths could reach into the thousands a day in weeks.

However, the extreme data modelling is said to have been based on older information - which was already incorrect when it was revealed to the nation.

And he claimed that thousands of lives would have been saved if the Government had imposed a two-week "circuit-break" lockdown when advised to by experts in September.

He told Radio 4: "I think if we had chosen a two-week circuit-break at that time we would definitely have saved thousands of lives.

"And, we would clearly have inflicted substantially less damage on our economy than the proposed four-week lockdown will do."

Boris will tell them it was right to "try every possible option to get this virus under control at a local level".

And he will outline more measures to help the self-employed with a new package, Rishi Sunak said.

But Conservative MPs and business leaders warned the strict measures would cripple the economy and may not work anyway.

They want to see a full impact assessment of the lockdown and a guarantee of a vote to extend any measures - the Government has already promised the latter.

The Government are set to get the support of Labour in pushing through the lockdown measures, which will see off any possible rebellions from the Tories.

However, former minister Esther McVey has said she would be voting against the measures.

In a post on Instagram, she wrote: “I will be voting against the new national lockdown on Wednesday when it comes before the House of Commons.

“The world cannot be put on hold, and the Government must stop pressing the pause and stop button for the whole nation on a whim, with all the disastrous effects this brings to our lives, livelihoods, health and relationships.

"The virus is here and we will be living with it for some time to come. We need to go about our daily lives whilst taking sensible precaution. Collapsing the economy is never a sensible solution to any problem.”

1922 boss Sir Graham Brady said he was likely to vote against the new restrictions, warning of a "mission creep" of new rules.

He told Radio 4 last night: “If these kinds of measures were being taken in any totalitarian country around the world we would be denouncing it as a form of evil and here the removal of people’s fundamental liberties is going almost without comment.

"And I think it is very important that we focus on those basic human rights and find ways, of course, to deal with the serious threat of Covid 19 but do it working with people rather than doing things to people."

And he attacked ministers for "telling people who they are allowed to sleep with or not depending on whether they are deemed to be in an established relationship or not" - an infringement of the nation's liberties. 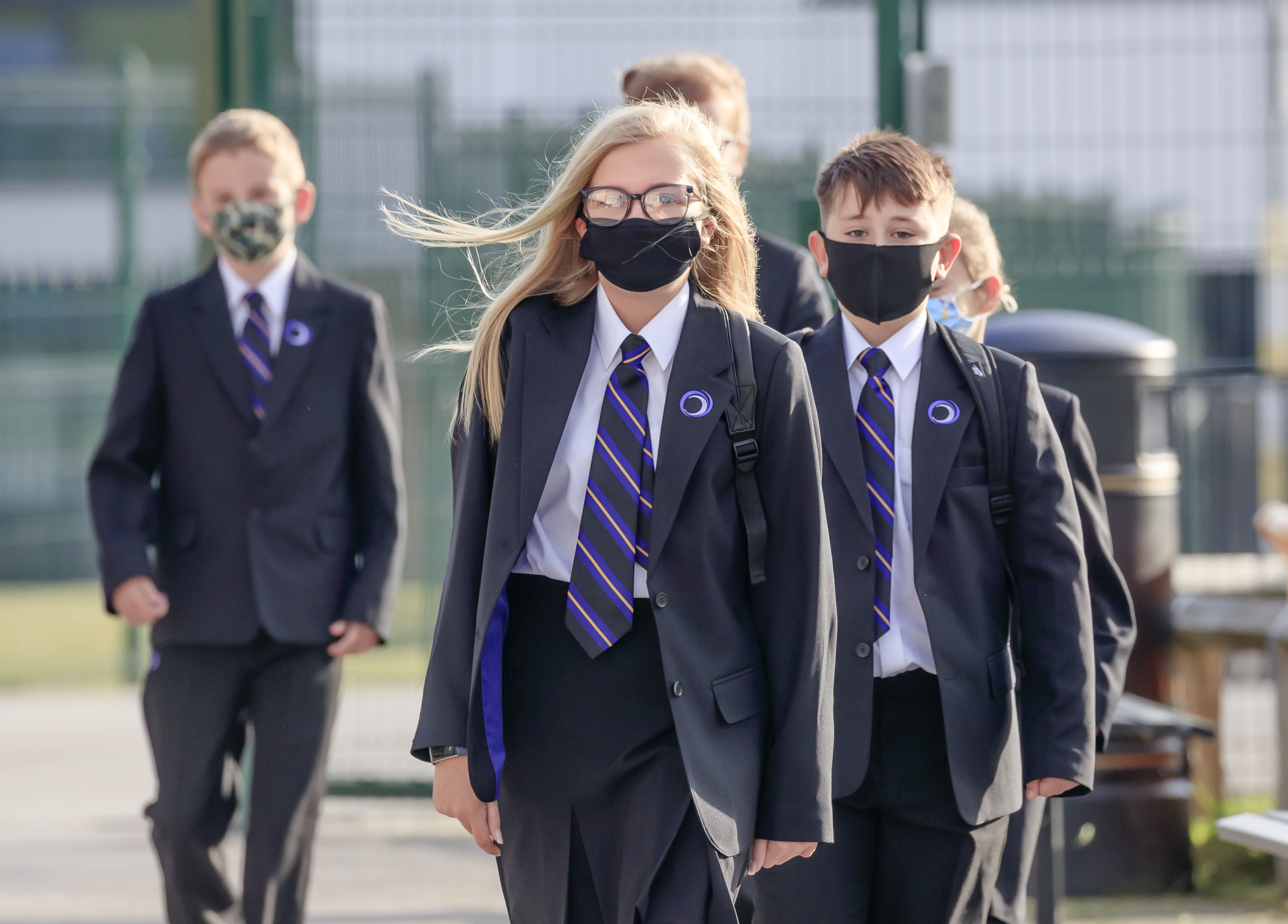 Peter Bone told BBC Radio 4's Today programme he had not yet decided how to vote on the measures and would weigh up the evidence.

Mr Bone said: "At the moment, I have not been convinced that I should vote on Wednesday with the Government.

Former Tory boss Iain Duncan Smith warned that if the data was wrong in some way "we will have struck the wrong balance between saving lives and ruining lives".

Writing in the Daily Mail he said today: "Make no mistake, the consequences – in terms of the human cost of closing hospitals to non-Covid patients, and the economic pain caused by the destruction of businesses – will be horrific."

Mr Duncan Smith warned he will need to be certain the data is "fair and accurate before supporting such a drastic step as full lockdown".

He went on to blast the way the Government defended the Tiers policy before u-turning completely.

Speaking on the BBC's Good Morning Scotland programme, he said: "I've said that I don't think anything should have been ruled out and it probably was a mistake of the Prime Minister to rule out a national lockdown.

"Because if this virus has shown us anything it's that you can't rule anything out given the way it develops and how cases can go up and come back down again."