Boy, 14, and tour guide have arm and leg ripped off in shark attack while snorkelling in Red Sea off Sharm El-Sheikh

A 14-YEAR-old boy has lost an arm and a tour guide a leg in a shark attack at the popular tourist destination of Sharm El-Sheikh in Egypt.

The brutal attack took place on Sunday when two tourists, a mother and her son, and their tour guide went snorkelling in Ras Mohammed National Park. 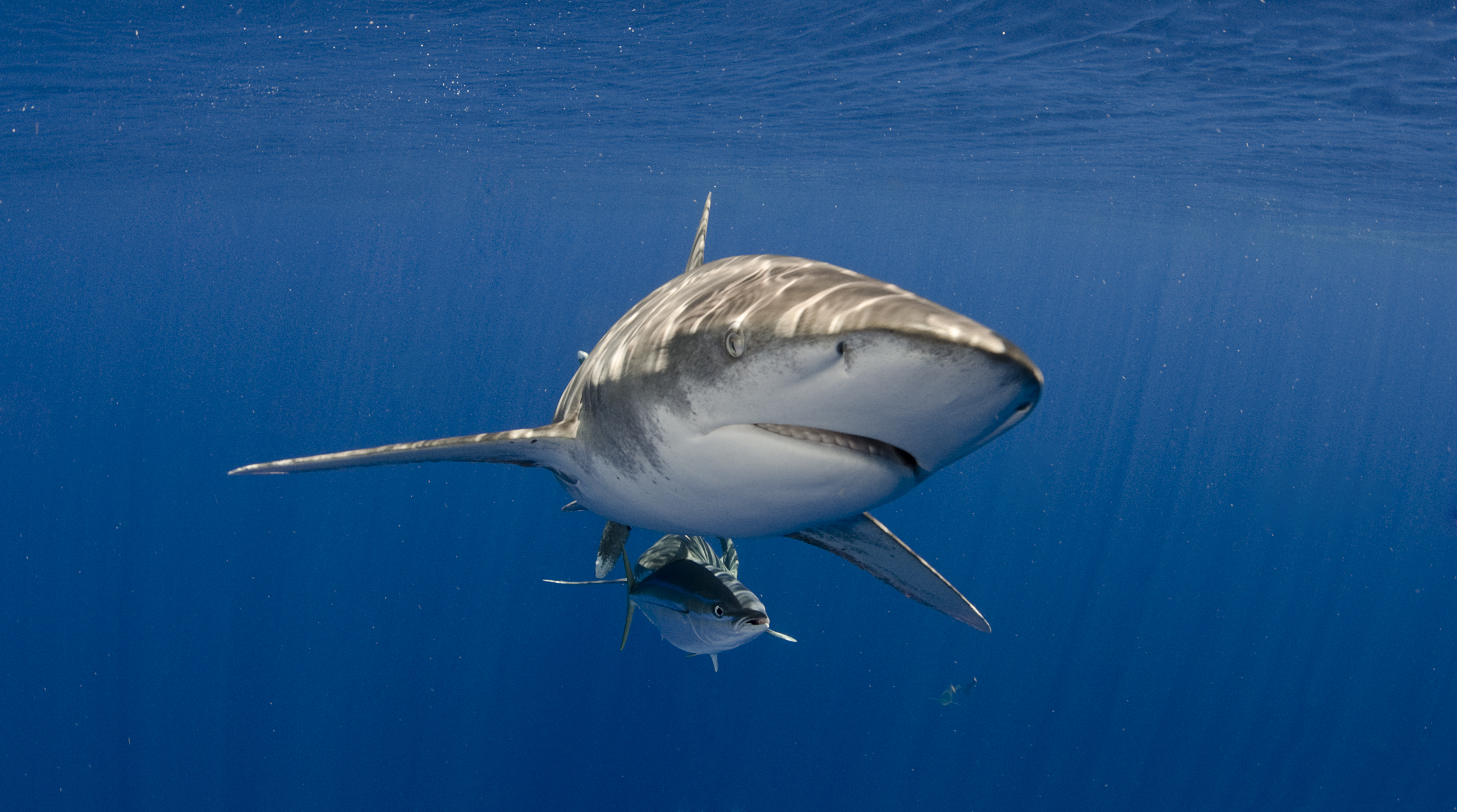 According to the Environment Ministry, the guide and teenager were brought to a nearby hospital where they were treated for their injuries.

An initial investigation showed that the attack involved a six-foot-long Oceanic Whitetip shark.

The Ministry did not release details of the injuries but a statement was released by Ukraine’s State Agency for the Development of Tourism to say the 14-year-old Ukrainian national was in intensive care, and that surgery had failed to save his arm.

An Egyptian health official said that the family’s tour guide had lost a leg, and the mum had suffered light injuries.

Officials have closed the area of Ras Mohammed National Park where the attack took place.

Shark attacks have been rare in the Red Sea coastal region in recent years.

In 2018 a Czech dad was killed by a shark while swimming in the Red Sea.

The tourist's body was found on Marsa Alam beach, according to local media.

In 2015, a German tourist was killed by a shark off the Red Sea coast - the first such death in five years.

Sharm El-Sheikh, based in the southern tip of the Sinai peninsula, has become a major tourist destination in recent years for European tourists.

The Oceanic Whitetip shark has been included on many "most dangerous" lists.

The shark keeps to deep and open oceans with temperatures greater than 18C.

The cold-blooded creature has earned its reputation for being first on the scene when ships run off course - especially during wartime.

During World War 2 the shark was blamed for many fatalities relating to the sinking of a steamship off the coast of South Africa.

Numbers of the Oceanic Whitetip have declined over recent years due to fishing and the shark fin trade.

The area is renowned for its sandy beaches and coral reefs and is popular with divers exploring the coral and other marine life, including fish and sharks.

Nine people have been killed in some 60 shark attacks worldwide so far in 2020 - the highest figure since 2013.

Scientists have suggested shifting hunting grounds, the weather, an increase in staycations, overfishing and even "chance" may have played a role in the spike.

Out of those nine, seven have died in Australia alone - the country's highest number in 86 years.

The two fatalities outside of Australia occurred in the US, in California and Maine.

Data for 2020 however is likely incomplete, with the ISAF set to release a full yearly summary in January.

According to the ISAF, there have been been some 441 fatal shark attacks between 1958 and 2019 - which averages at around seven deaths per year.

Shark attacks since 2010 have however averaged six fatalities per year up until 2019. 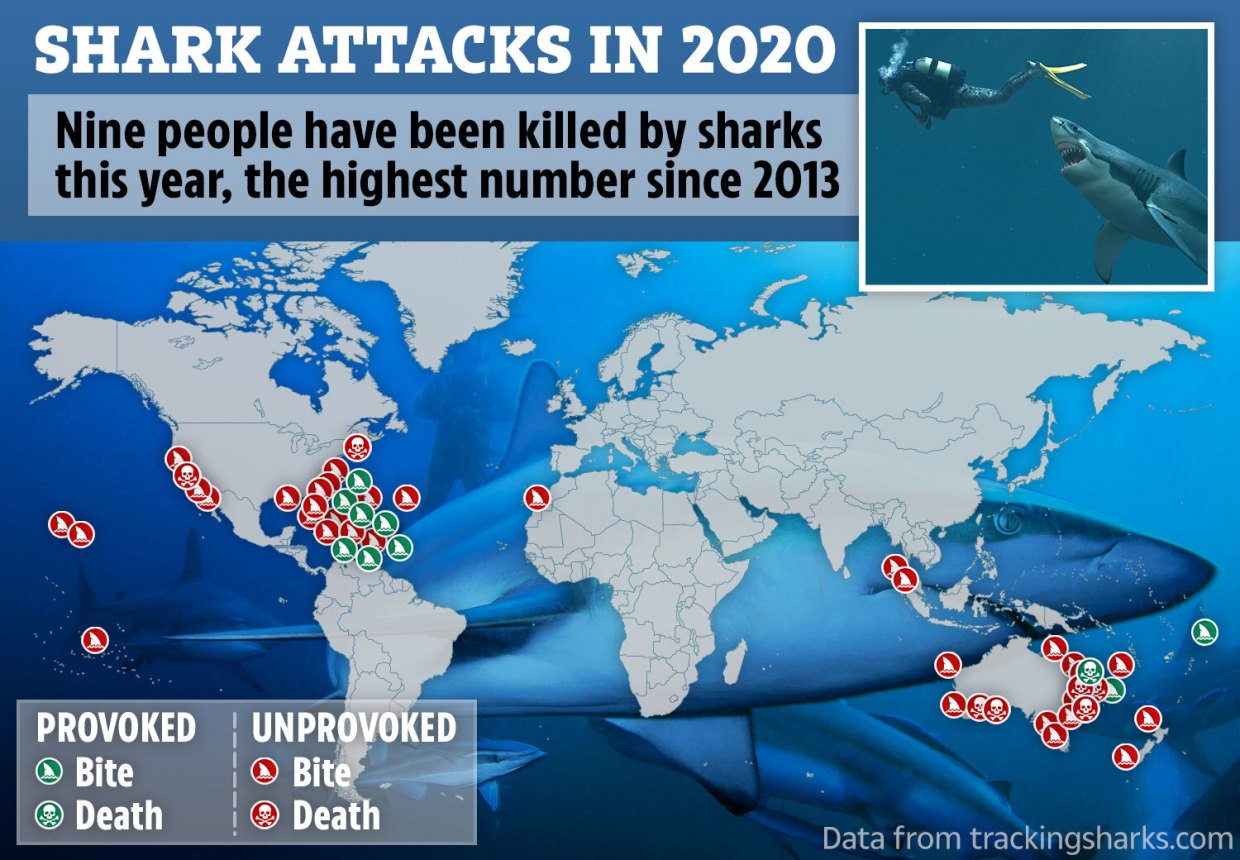 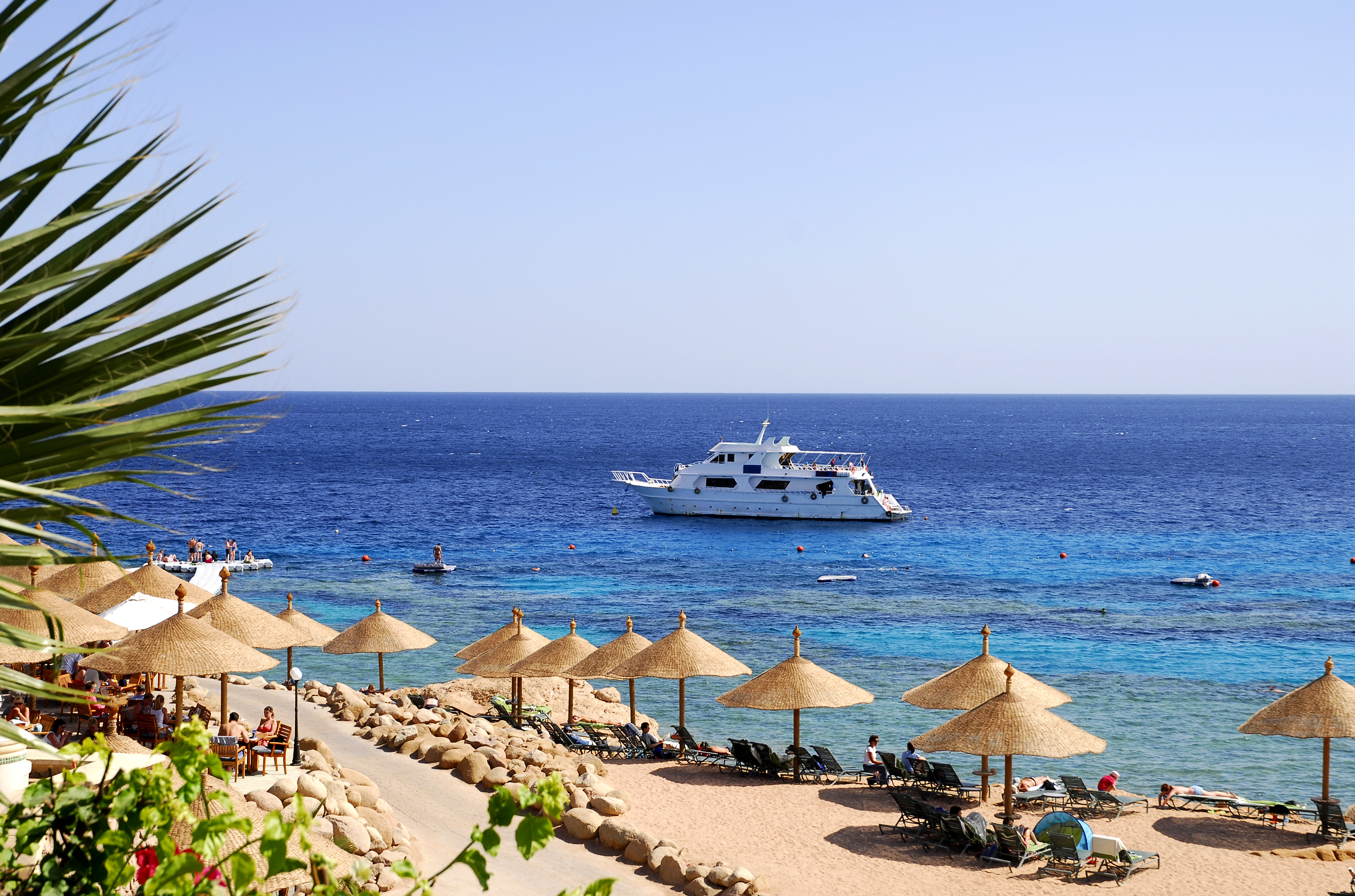 The attack happened in the waters of the popular tourist destination of Sharm El-SheikhCredit: Getty - Contributor