BRITAIN is facing a "massive spike" in coronavirus deaths on Christmas Eve, scientists have warned.

One projection being looked at by No 10 gives a grim outcome of a rise in fatalities over the festive period. 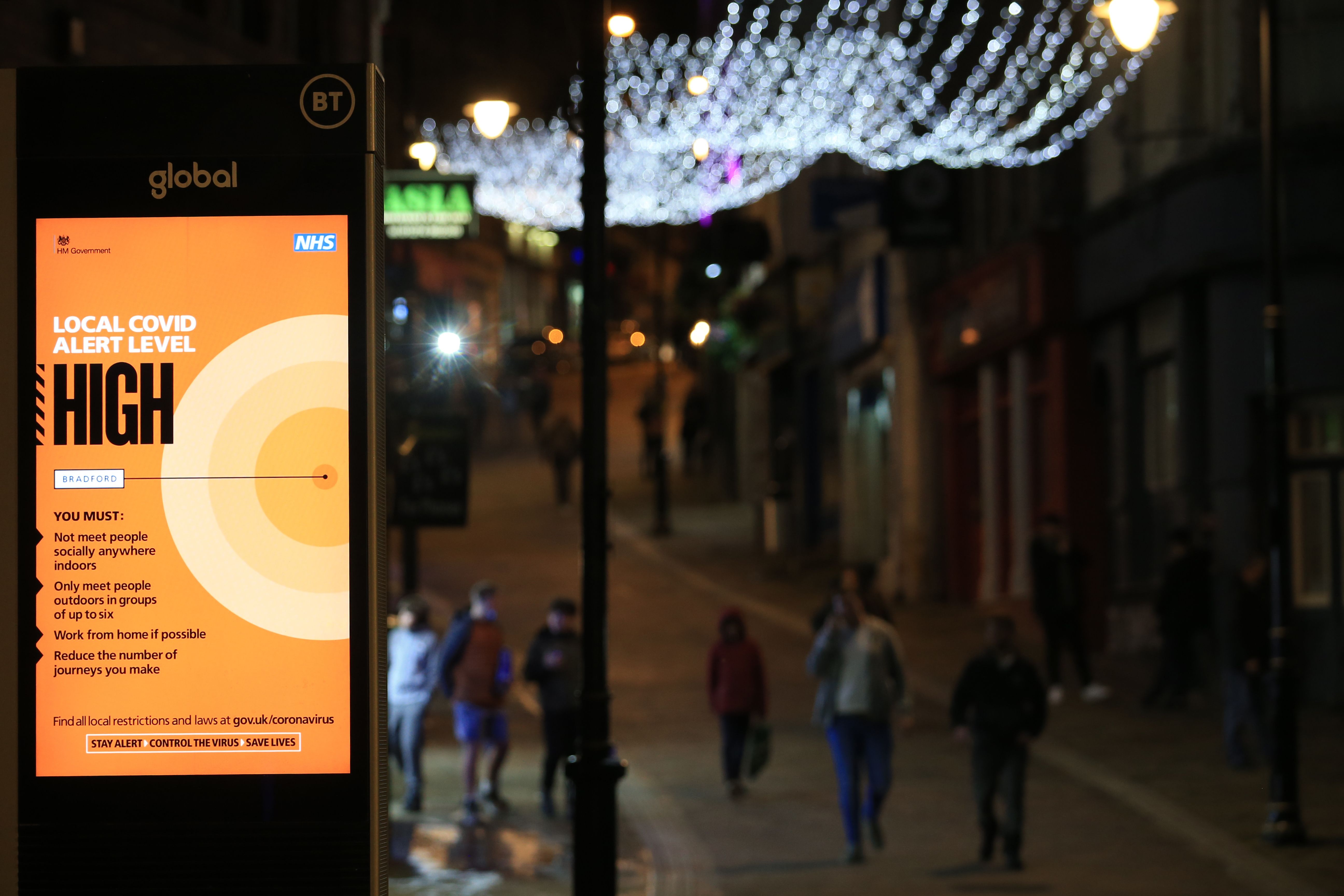 Christmas Eve could see a spike in deaths, experts have warnedCredit: AFP or licensors

Jonathan Van-Tam, deputy chief medical officer, is said to have warned: “We’ve got to hit this hard and fast.”

Grim projections looking at all outcomes have left Downing Street fretting about the festive period, and the spread of the virus.

The Times reports a meeting earlier in the week saw the series of predictions have pushed No 10 back towards a national lockdown.

Boris Johnson has been adamant he didn't want to put the country back into an all out lockdown, but it has emerged he is set to announce new restrictions.

But, crucially, the projections predict NHS beds will become overwhelmed with Covid patients.

Government medics warned some hospitals may not even have enough staff to cope with the extra patients on top of the normal winter strains on the NHS.

It comes after Professor Calum Semple, a member of the Scientific Advisory Group for Emergencies (Sage), told BBC Breakfast that "the tiered approach to restrictions hasn't worked particularly well".

When asked what could be achieved with a reported four-week lockdown, Prof Semple said: "If that was applied nationally and was adhered to you would see a dramatic fall in hospital admissions and that's in four weeks' time."

He suggested there should be a review at four weeks and there could be a "bit of easing around the festive activities" but that a lockdown would give officials "time to get test, trace and isolate processes really up to scratch".

Experts have warned a circuit breaker style two-week lockdown would now not be long enough to curb infections.

They told No 10 it is too late for that option now, with a month-long national lockdown the only way to bring down cases

Professor John Edmunds also confirmed that the situation in the country is worse than the reasonable worst-case scenario produced by Sage.

He told Today: "We've been significantly above that reasonable worst-case scenario for some time actually."

Prof Edmunds said it was "possible" that there would be 85,000 coronavirus deaths this winter - more than there were in the first wave.

"It is really unthinkable now, unfortunately, that we don't count our deaths in tens of thousands from this wave.

Christmas as we know it won't be possible this year and extended gatherings likely to be off, minister admits