BRITS are set to spend £163.44 on "little treats" for friends and family this year - to show they’re thinking of them from afar, according to a study.

Thoughtful consumers are on track to buy as many as 53 small gifts such as flowers and chocolates for others by the end of 2020. 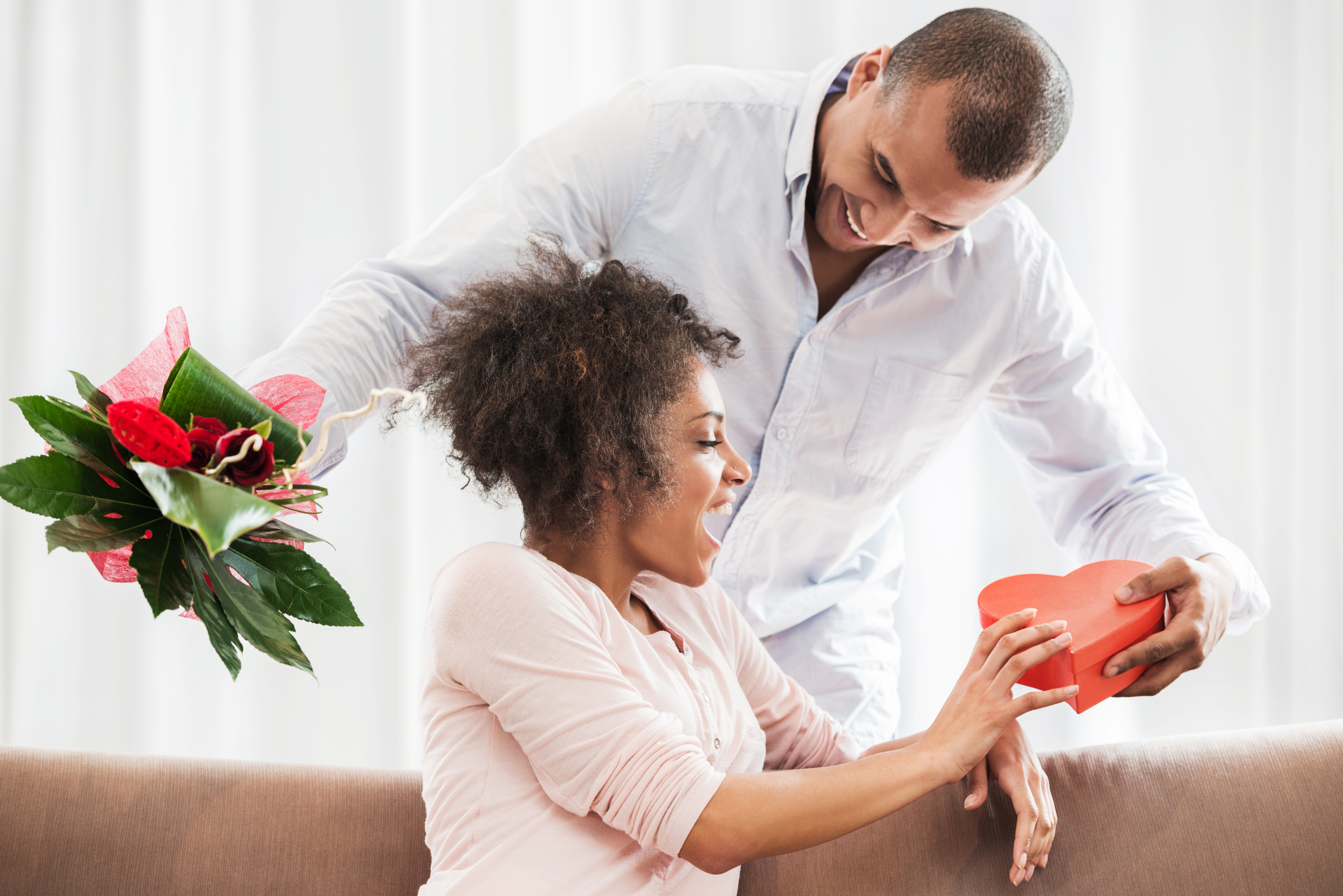 Brits are expected to spend over £150 on treats for friends and family this year, a survey revealsCredit: Getty - Contributor

Two thirds said giving little treats has been especially meaningful during the past 12 months because they've not been able to see their loved ones as much.

The M&S Bank poll of 2,000 adults found that the most popular pick-me-ups to purchase for others are chocolates (44 per cent), flowers (34 per cent) and a bottle of wine (27 per cent).

While a cup of coffee, tea or hot drink from a café (19 per cent), scented candles (13 per cent), and cakes fresh from the bakery (17 per cent) have also been favoured this year.

Almost half (46 per cent) of those surveyed said a desire to brighten up the day of loved one is a major factor behind this "mini treat" trend.

This is followed by wanting to show someone they’re thinking of them (44 per cent) or because they have missed seeing them in person (38 per cent).

Shoppers aren’t just sharing gifts to cheer up their loved ones as almost a quarter have let friends and family know they are thinking of them by sending cards.

While a third have sent pictures and videos over email or social media, 15 per cent have sent a handwritten letter and a fifth (20 per cent) have surprised them with a video call.

THE TOP 20 TREATS FOR OTHERS 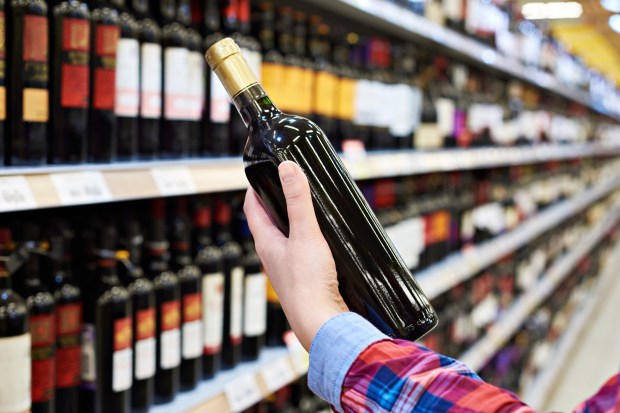 Brits are set to spend more than £150 on small treats for others this year, a survey reveals

"Psychological research has long shown the importance of acts of kindness, whether that be sharing a loving note or sending a bunch of flowers to a friend," said psychologist Emma Kenny.

"Taking the time out of your busy day to show someone you care can not only positively impact the recipient, but also help to improve your mood too.

"That’s why, in these uncertain times, the need to practice caring – and self-care – has never been greater; this mini ‘treat effect’ that we’re seeing is so important for yourself and for your loved ones," she said.

"For example, having plans to look forward to can help to reduce stress and lift your mood, which is why something as simple as a coffee date with a friend – albeit virtually -  can make a big difference to your day."

The research into the mini treat effect revealed that adults are also on track to spend an average of £180.48 on little treats for themselves this year, buying as many as 56 small treats.

The most popular items to purchase for themselves are chocolates (45 per cent), takeaways (33 per cent) and a hot drink from a café (29 per cent).

More than one in 10 surveyed have also felt more inclined to treat themselves this year because they’ve felt they needed cheering up more than usual.

In fact, 86 per cent say treating themselves improves how they are feeling, but despite this, half of adults (50 per cent) don’t think they treat themselves often enough.

Interestingly, 79 per cent of people consider ‘me-time’ to be a treat, with reading a book (40 per cent), a long bath (35 per cent), and watching films (35 per cent) the most popular pick-me-ups of this type.

"As well as treating others, we mustn’t forget the importance of looking after ourselves – research shows that people who practice a high level of self-care feel more optimistic, energetic and able to meet the needs of those closest to them," Ms Kenny said.

"The research suggests that ‘me-time’ is an important and popular way of treating yourself.

"Planning ahead to have some undisturbed time for something you enjoy is a way of recharging and research shows that it helps your mood and ability to look after those around you.

"So you can relax knowing that it’s positive for you and your loved ones," the psychologist said.

The M&S Bank study also found many of those polled have adopted savvy ways of purchasing treats – whether that’s for themselves or others – with three in 10 having used loyalty points or vouchers.

Further to this, 54 per cent think earning loyalty points and vouchers have enabled them to earn more little treats than they would have otherwise.

Gill Roberts, head of M&S Bank Premium Club, said: "It’s really important to stay connected to our friends and loved ones right now, and sending little treats or notes is a lovely way to do this.

"Our research also shows that treating yourself – or taking just a little time for yourself – is also really important.

"In addition, as we head towards the festive period, it’s a timely reminder to check for any unused reward points or vouchers, which many of us have earned on our spending throughout the year, and could be utilised for those little treats we may be planning over the Christmas and new year period." 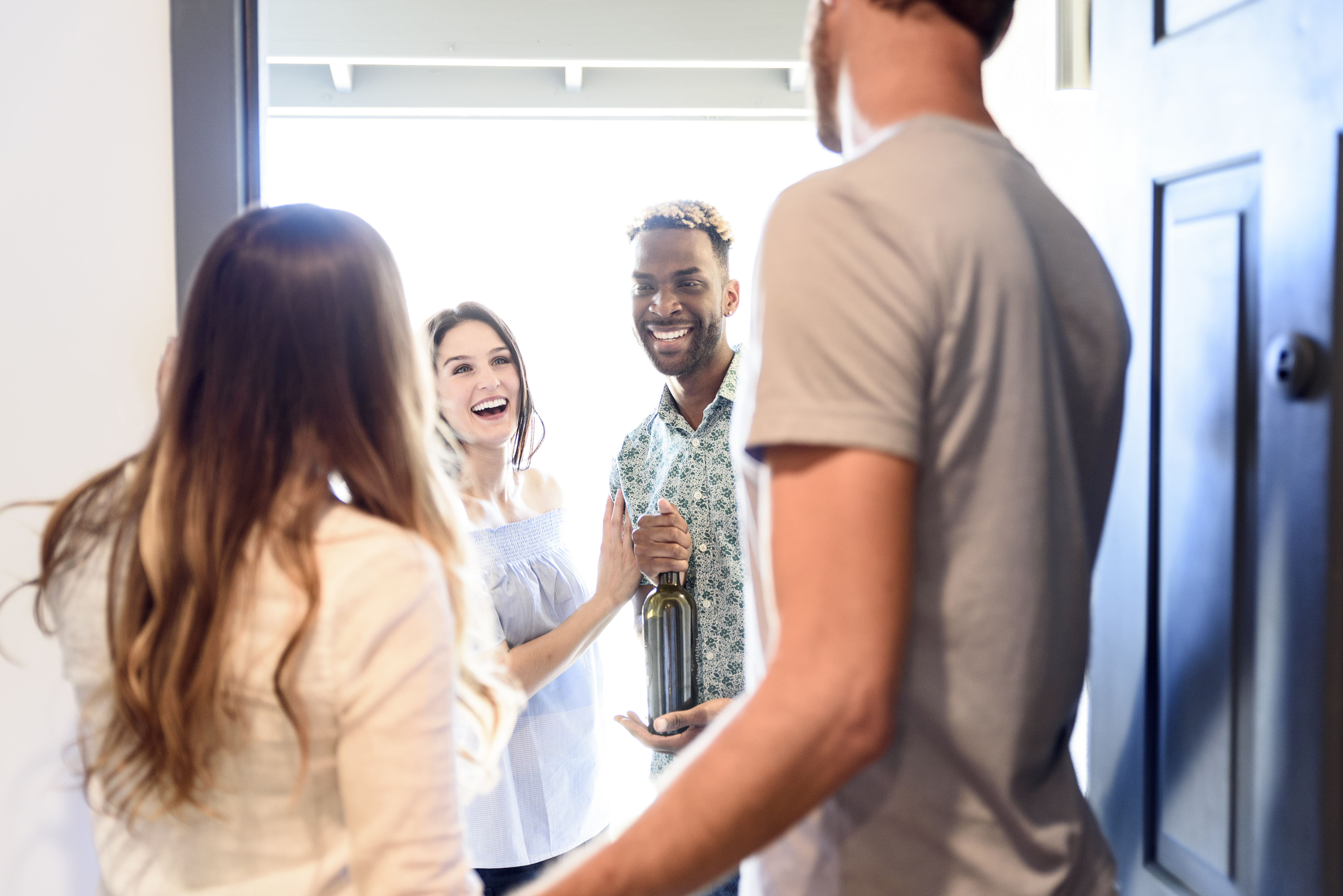 The survey found that a bottle wine is one of the most popular gifts when buying for othersCredit: Getty Images - Getty

Research has shown the importance of acts of kindness, says psychologist Emma Kenny.

Taking some time out to treat someone you care about - it can be as simple as a virtual coffee date - if and when you're able to - can be one of the best treats of all for both of you. Time with your nearest and dearest boosts immunity, reduces stress and reminds you of your meaning within the world. Helping someone else get some ‘me-time’ can ensure that they instantly feel a sense of validation which is excellent for improving self-esteem, and also reminds them that they matter to you, which increases a sense of belonging. Busy modern life means we often need to plan ahead so spontaneity and surprise can mean so much to someone, particularly if you time it for when they really need it. We often underestimate the impact a small gesture, such as a phone call, has on the person receiving it. Why not send a handwritten note or card? While the digital age is upon us and technology means that we can message our friends and family in an instant, the reality is that nothing says ‘I care for you’ quite like a handwritten note, letter, or card. Planning ahead for self-treats might feel indulgent, however looking after ourselves means we’re better equipped to look after others. Doing something as simple as collecting rewards or vouchers - so you know you can enjoy a special treat now and then - helps to remind you that your needs matter. People who make plans tend to feel happier than people who don’t, this is down to having treats to look forward to, along with feeling a sense of accomplishment once these have been achieved. A planned coffee – or virtual catch-up – once a week with a friend can give you something positive to look forward to.
Read Entire Article