A BUILDER is on a mission to dispel the idea of haunted houses this Halloween, by proving that dodgy pipes and creaky stairs are the real culprits.

A frightening third of homeowners (32 per cent) believe they live in a haunted house, but experienced tradesman Andy Simms said things that go bump in the night are much more likely to be simple problems at home in need of fixing. 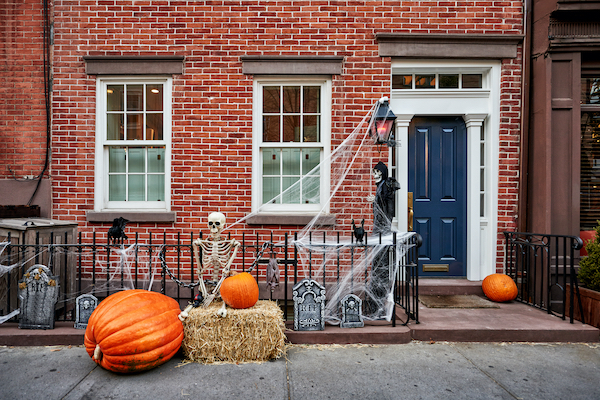 A builder is determined to disprove homes are haunted

To help homeowners understand the bangs and hissing which can plague a night’s sleep, find a tradesperson service MyBuilder has released an informative ‘seven deadly sounds’ video that addresses the most common nocturnal clatterings.

In it, MyBuilder’s Andy identifies the noises which come from broken guttering, mice in the walls, wind coming through a gap in a window, and more.

The explainer video titled ‘Ghosts or Guttering’ comes after 52 per cent of Brits said they have heard spooky noises at night, but haven’t been able to identify where they are coming from.

The most common noises reported were a creaking sound (54 per cent), banging from a radiator (49 per cent), and gurglings from a toilet (26 per cent).

An unfortunate 23 per cent have smelt a mysterious odour in their home at night, while randomly flickering lights have plagued 42 per cent of homes.

It may come as no surprise then that 13 per cent feel their home could benefit from an exorcism.

A terrified 44 per cent said they would not explore creepy noises, with 30 saying they’d send their partner to explore instead.

The poll for MyBuilder also found 52 per cent are scared to tackle home improvement projects on their own.
The video is part of   My Builder’s Know Your Home  campaign, which aims to demystify the issues millions of homeowners face.

MyBuilder’s Andy Simms said: “Our homes can be scary places if we don’t understand them, and never more so than in the dead of night.

"But every spooky sound has a perfectly common explanation - so before calling an exorcist, find a great tradesperson instead.”