CAPTAIN Sir Tom Moore’s family were at his bedside as he died after battling Covid-19 and pneumonia. 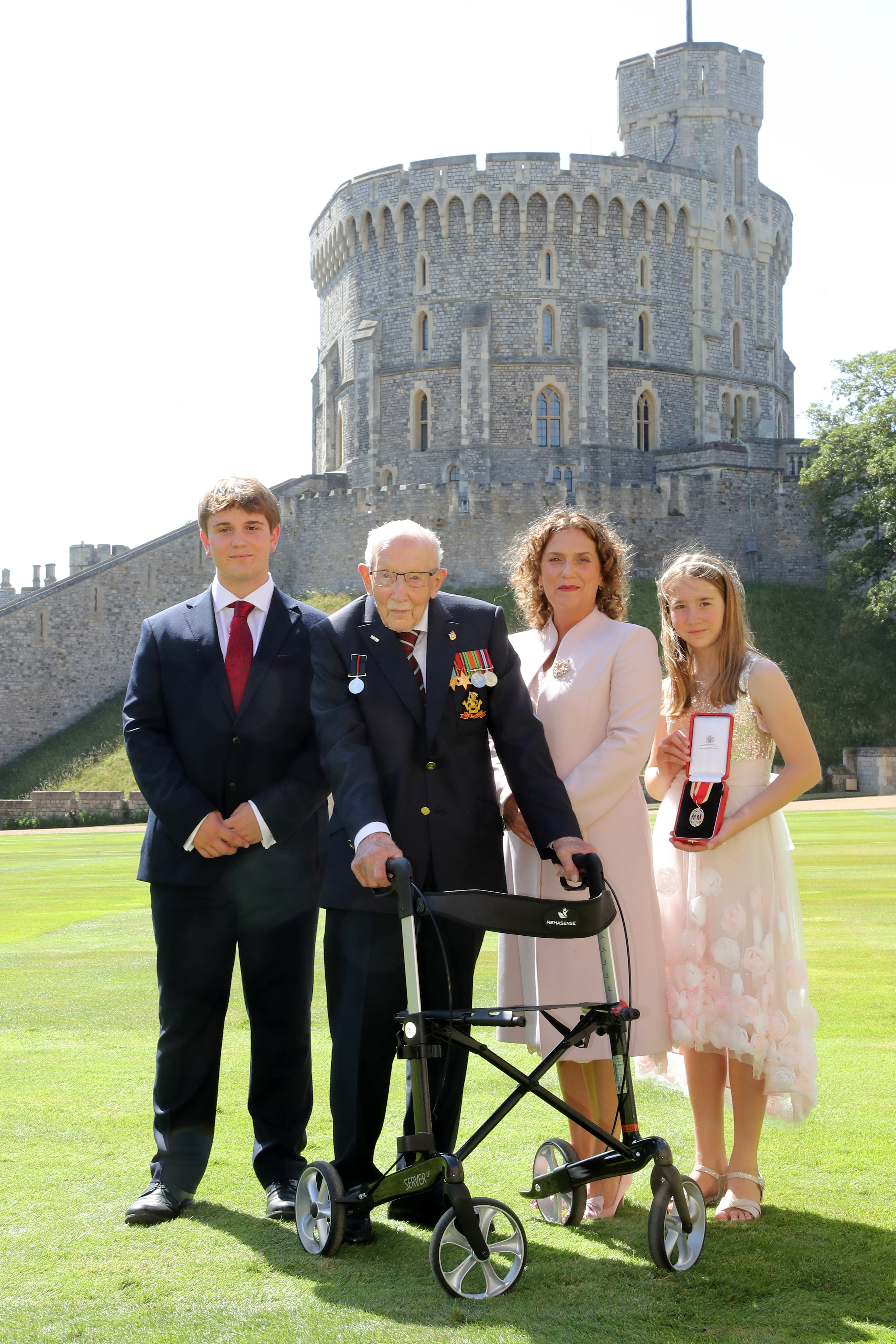 Captain Sir Thomas Moore poses with his family after being awarded with the insignia of Knight Bachelor by Queen Elizabeth II at Windsor Castle on July 17Credit: Getty Images - Getty

Who are Captain Tom's children

Captain Tom had two children with his second wife Pamela, whom he married in 1968.

They had two daughters, Lucy and Hannah.

Captain Tom Moore lived with his daughter, Hannah, and his son-in-law Colin Ingram and grandchildren Benji and Georgia in the village of Marston Moretaine in Bedfordshire.

She is a business recruitment officer who manages her own company Maytrix, which focuses on recruitment, brand development and training for businesses.

Hannah was the one who suggested her dad walk as a way to celebrate his big 100th birthday.

Tom is also a dad to daughter Lucy Teixeira who is based in Reading.

She is a mum of two and started to work in homeopathy after the death of her mother in 2006.

According to her website her business specialises in "energetically rebalancing the body".

After her father’s incredible achievement, Lucy said she "just can't believe what has happened".

She told BBC: "My heart is bursting. Well done, Daddy.

"I'm having to get used to the thought of sharing you with millions and millions of people.”

Who are Captain Tom's grandkids?

Sir Captain Tom struggled to hold back tears as he discussed his grandchildren on Piers Morgan’s Life Stories.

He said: "I've got four grandchildren, and what more could you ask for than that."

He lived with two of his grandchildren after moving in with daughter Hannah and his son-in-law, Colin.

The 16-year-old stood by his grandad as he carried out his epic 100 laps of his garden before his 100th birthday.

He was unveiled as the winner of the Rising Star category in the 2020 Independent School of the Year awards for his part in helping his grandfather raise a staggering £39million.

She is a schoolgirl who attends Bedford Girls’ School.

Maz is the 19-year-old son of Lucy Teixeira, who lives in Reading.

Commenting on his grandfather’s astonishing achievement, he said: "We're just shocked and proud of him beyond belief."

In September he retained a golf championship title which was held at The Club at Mapledurham, Reading.