THIS moggy has turned into a su-purr-hero dressed up like Catman, er, Batman.

It was also decked out as Marvel character Thor in another cosplay outfit. 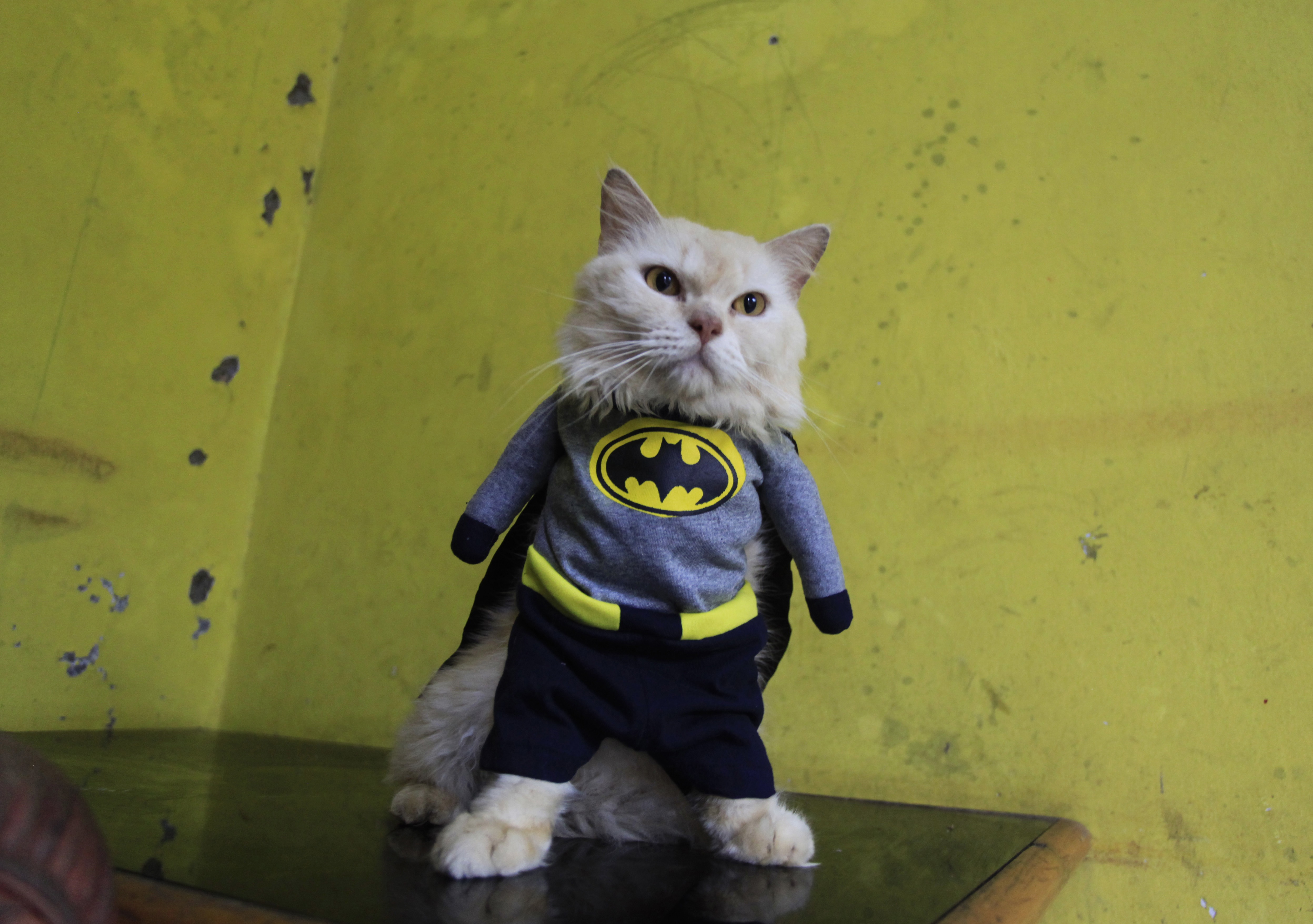 A cat models a Batman costume for felines made in Indonesia Credit: Rex Features

From Batman to, 39, has built a thriving business creating clothes for cats at his workshop near Jakarta, Indonesia.

He said: “It’s funny to see them with costumes.”

After quitting his job as a teacher, Fredi tried his hand at a number of businesses, including running a motorbike repair shop, before stumbling upon cat fashion.

The former school teacher turned tailor said: “At first, my cousins who love cats gave me the idea to make these costumes and I thought it was weird.” 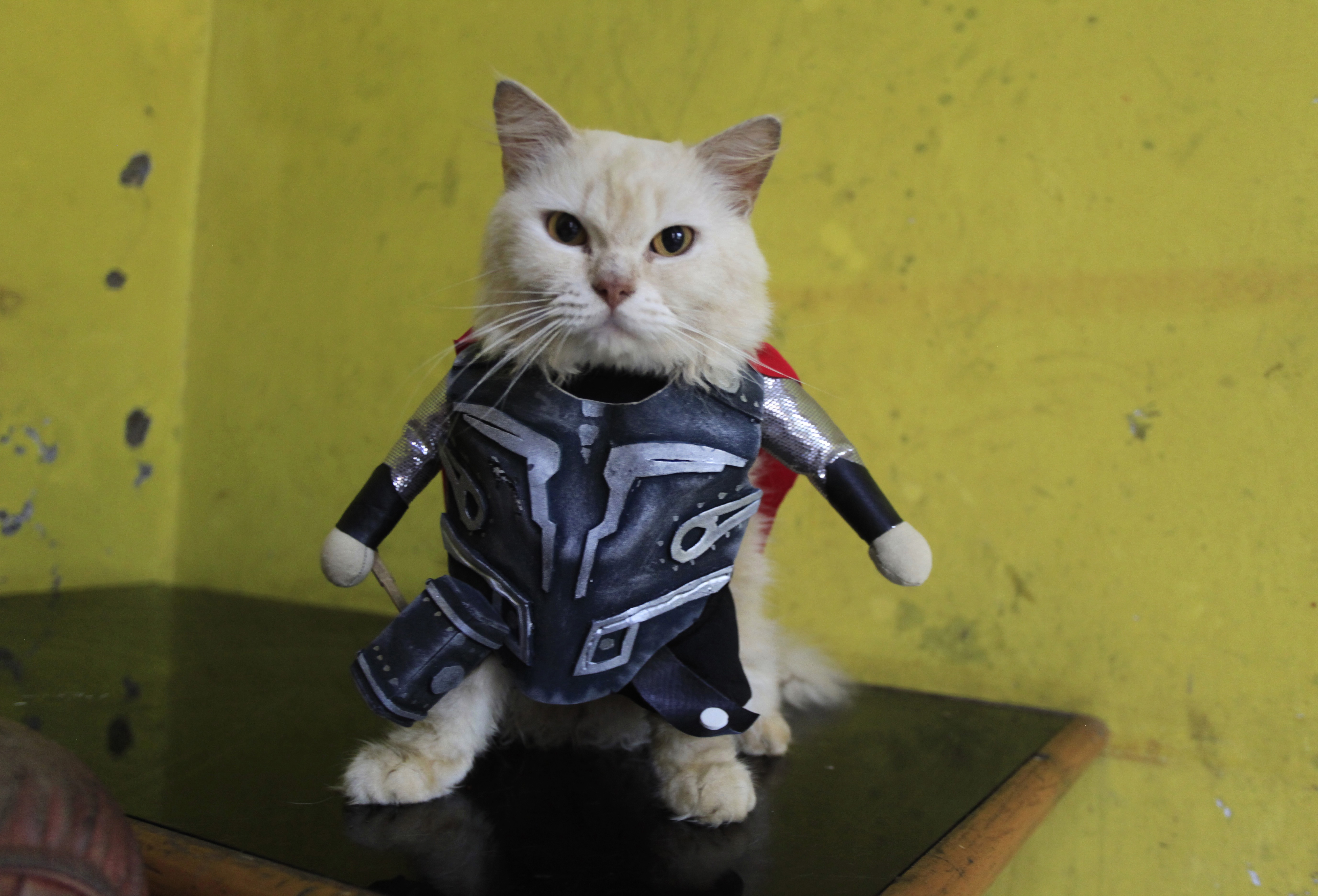 The moggy in yet another comic book hero costume - ThorCredit: Rex Features 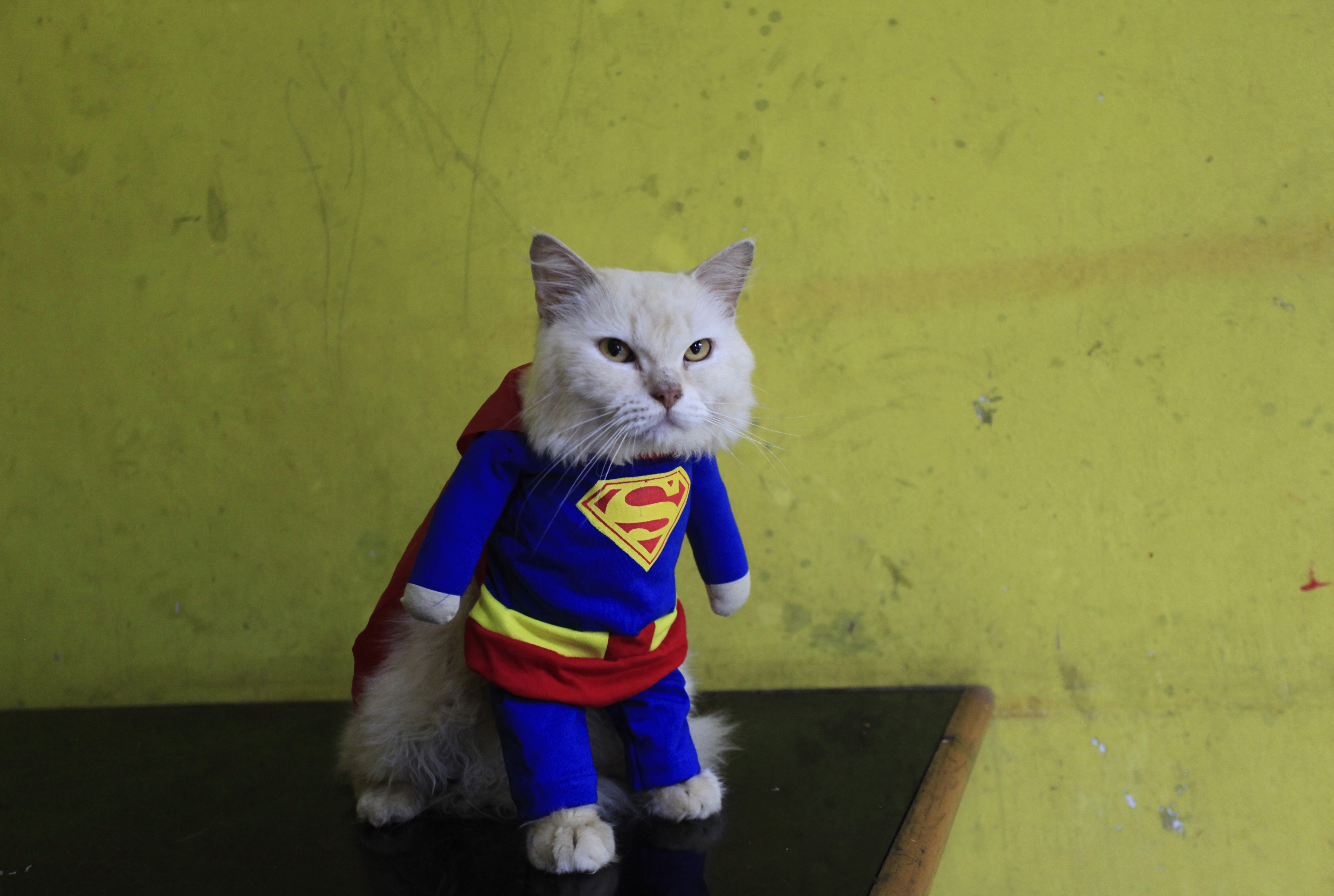 The Super-cat looks ready to take off from the edge of the tableCredit: Rex Features

Netflix producer, 39, dies after 'being poisoned by co-worker'

But he set up his rustic workshop with a sewing machine in Bogor just south of the capital Jakarta.

The 39-year-old now supplies bespoke outfits to picky pet owners looking to dress their felines as everything from superheroes to cosplay characters and nurses.

And the felines are lucky to don his haute cat-ure. 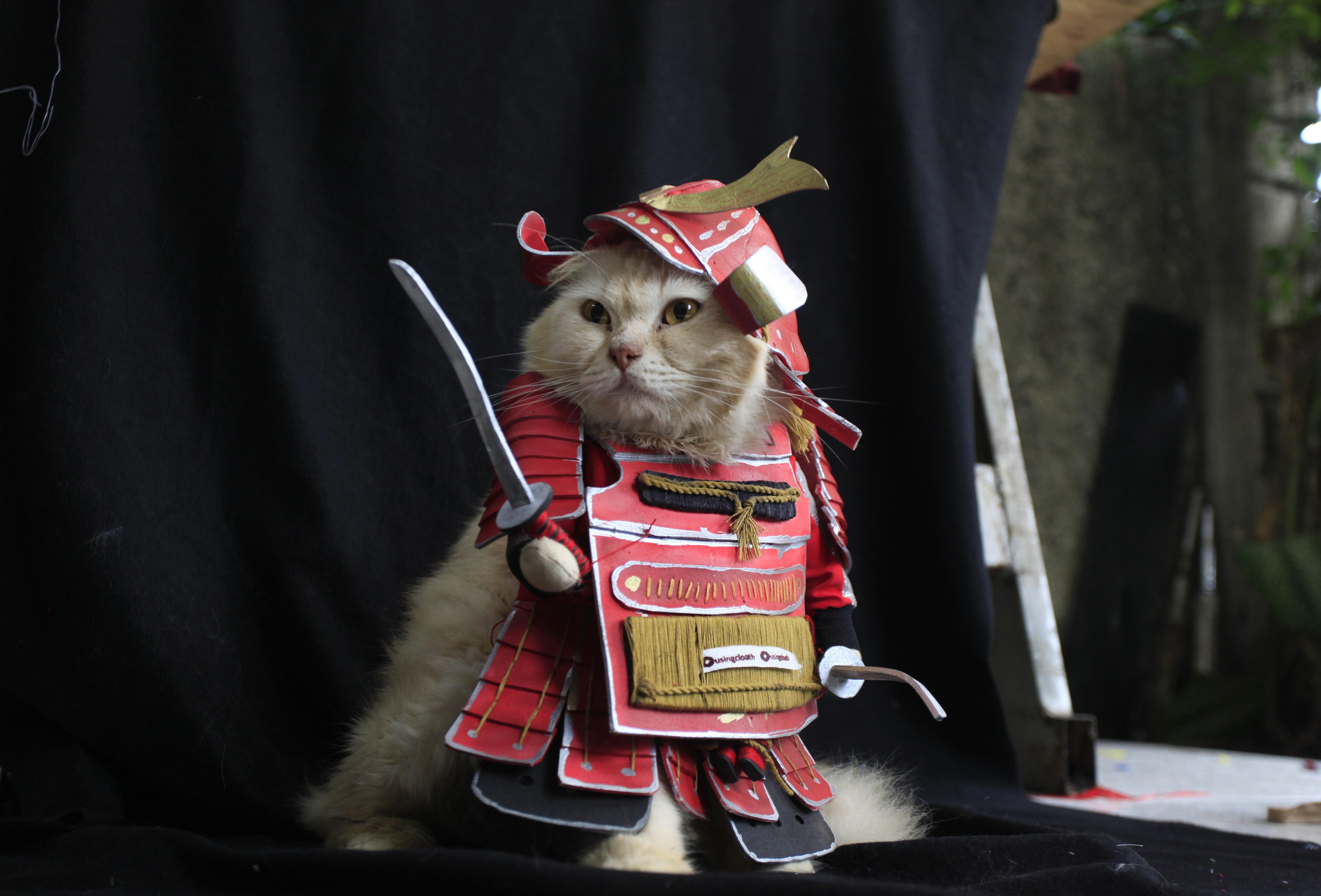 In another snap the feline dresses up as a Samurai Credit: Rex Features 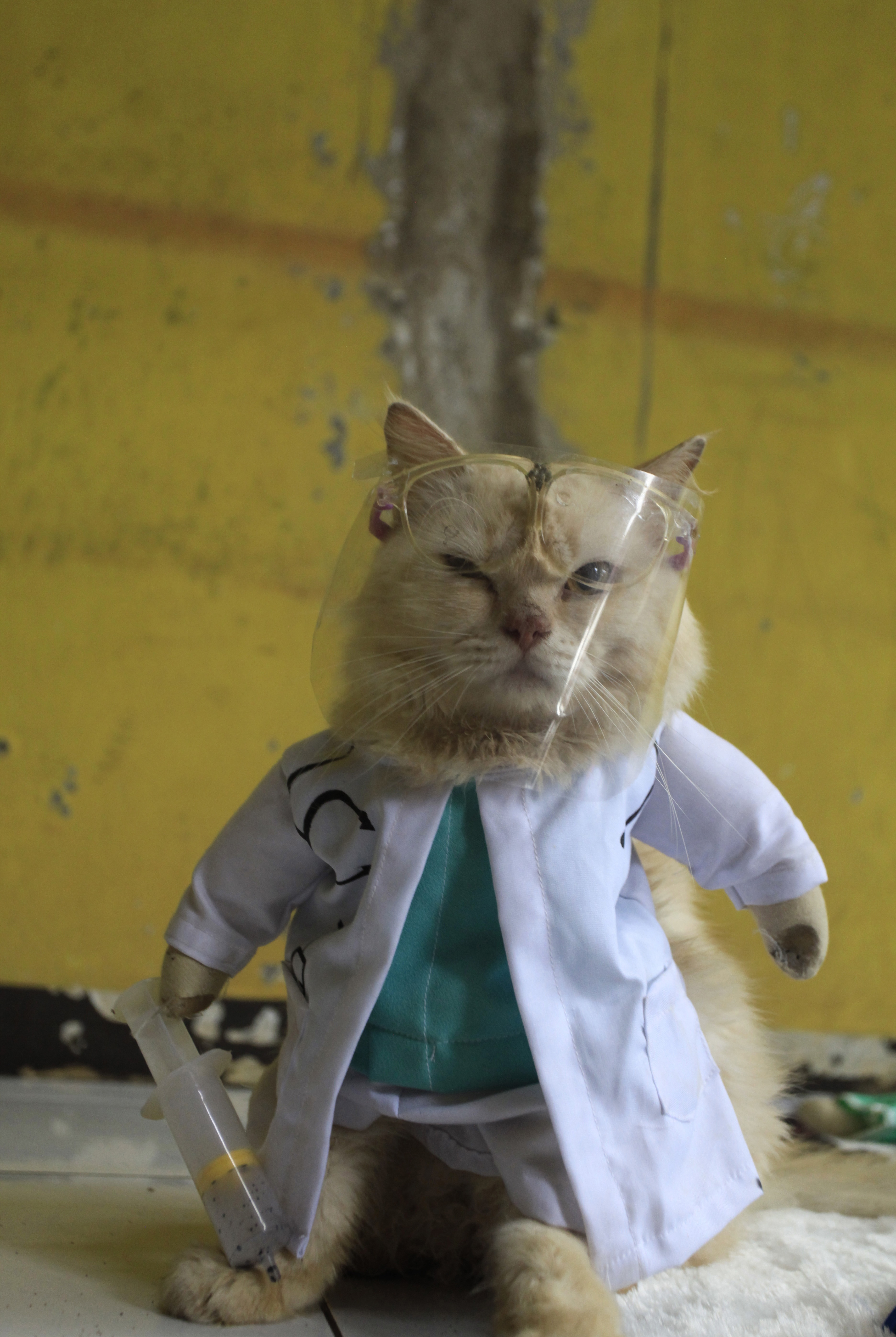 It's not all superheroes though, as this nurse get-up showsCredit: Rex Features 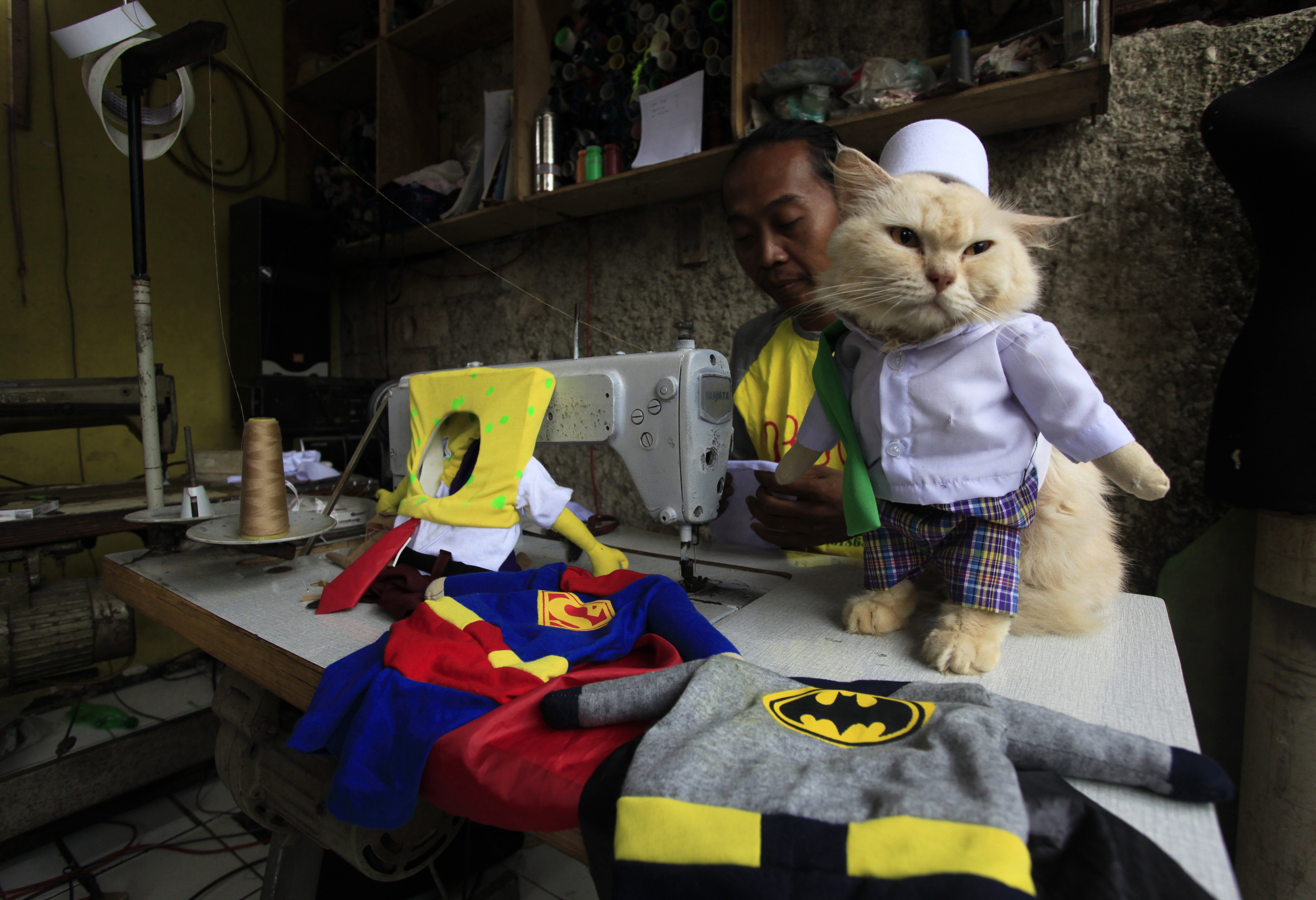