A TECH firm founded by a Forbes wonderkid risks a multi-million pound fine over failing to protect kids online, Cabinet Ministers have warned.

Free chat website Omegle, that pairs strangers via webcams, has horrified Ministers who have built up a dossier of “predatory” behaviour by users. 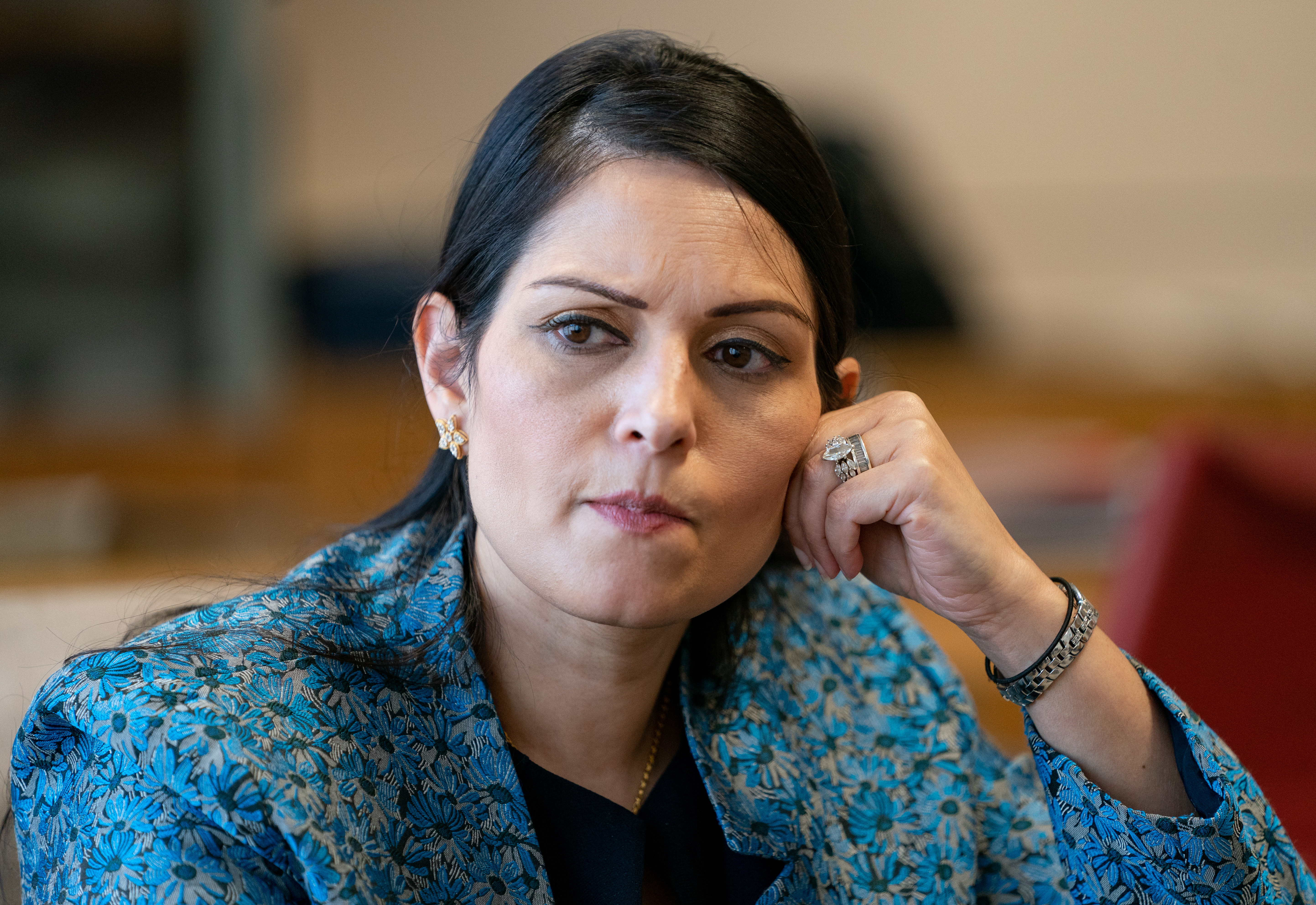 Priti Patel warned earlier this year the Government would crack down on online firms who do not keep kids safeCredit: Dan Charity / The Sun

The site was founded by Leif K-Brooks aged just 18 who has since been listed in the prestigious Forbes 30 Under 30 hotshots.

Celebrities such as rapper 50 Cent, singer Jason Derulo and band Maroon 5 use the platform which starts off millions of automated conversations with users.

But Home Secretary Priti Patel and Culture Secretary Oliver Dowden have now written a hard-hitting letter to the US firm demanding sickening abuse and grooming is stopped.

The threat comes ahead of proposals to tackle online harms that will see penalties of up to 10 per cent of global revenue or £18 million - whatever is higher - for firms over failures in stopping harmful content.

In the letter, the Cabinet Ministers say: “We expect Omegle to take steps now to protect children.”

The pair say this must include “efforts to stop the live-streaming of abuse and stop grooming and predatory behaviour”.

It adds: “We have not been assured by the correspondence with your attorneys that Omegle is taking any such efforts before the legislation comes into force.”

Officials want to talk to the firm so they “understand the level and nature of the online child sexual exploitation and abuse (CSEA) threat and areas of high risk on the platform”. 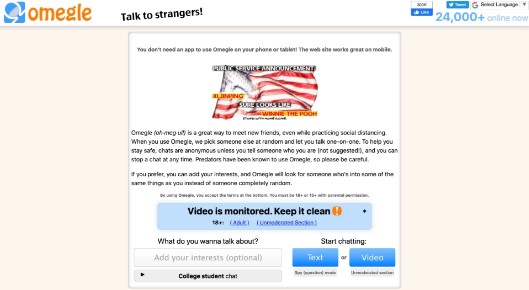 The firm's own website warns 'predators have been known to use Omegle'Credit: Omegle

Omegle lets unverified users talk one-on-one with strangers without any registration. The site says its for over-18s or over-13s with parental supervision.

Parents have raised the alarm over Omegle whose videos have been tagged 9 billion times on TikTok with their own site reaching 65 million visits.

A note on its home page reads: “Predators have been known to use Omegle, so please be careful.”

Andy Burrowes, head of child safety online policy at the NSPCC, has previously said of the site: “We know that very often how the grooming process works is that you’re able to develop a relationship with children and earn their trust - here, not only can you talk on a live stream, but you can identify what their passions and hobbies are.”

Ministers will also reserve the right to impose criminal sanctions on senior executives if firms fail to take the measures seriously.

Ms Patel said earlier this year: “We will not allow child sexual abuse, terrorist material and other harmful content to fester on online platforms.

A government source last night said: “Ministers have been horrified by allegations made about what’s happening on this platform.

“It is clear protecting children is not a priority of this company. They’ve got to act now, and if they don’t, our new laws will bite immediately with up to 10% global turnover fines.”

Site founder Leif K-Brooks last night told The Sun on Sunday:  “My goal when I created Omegle more than 10 years ago was to help people meet and share perspectives with a new, broader and more diverse group of people from around the world.

“The vast majority of interactions on the site are helping to do that. The inappropriate behavior that has occurred, while a very small percentage of the millions of daily interactions, is deeply disturbing to me and unacceptable.

“And, we have been and will continue working to enhance Omegle’s moderation practices and eliminate inappropriate use of our platform.

“Omegle is fully committed to addressing the concerns raised so that a small number of bad actors don’t ruin the positive experience of millions of users.

“We have been working to enhance Omegle’s moderation practices to eliminate inappropriate use of our technology.

“For example, we have implemented a fully-automated AI moderation service that many of the world’s largest social platforms use to help protect their online communities.

“In conjunction with a team of human monitors working 24/7, it has significantly reduced inappropriate uses of the site.”