Child rapist is jailed for seven years for sex attack on girl, 13, after member of public recognises devil horns tattoo

A VILE predator who raped a 13-year-old girl has been jailed for more than seven years.

John Patrick, 39, was caught after a member of the public recognised him from a wanted poster showing the devil horns tattoo on his face. 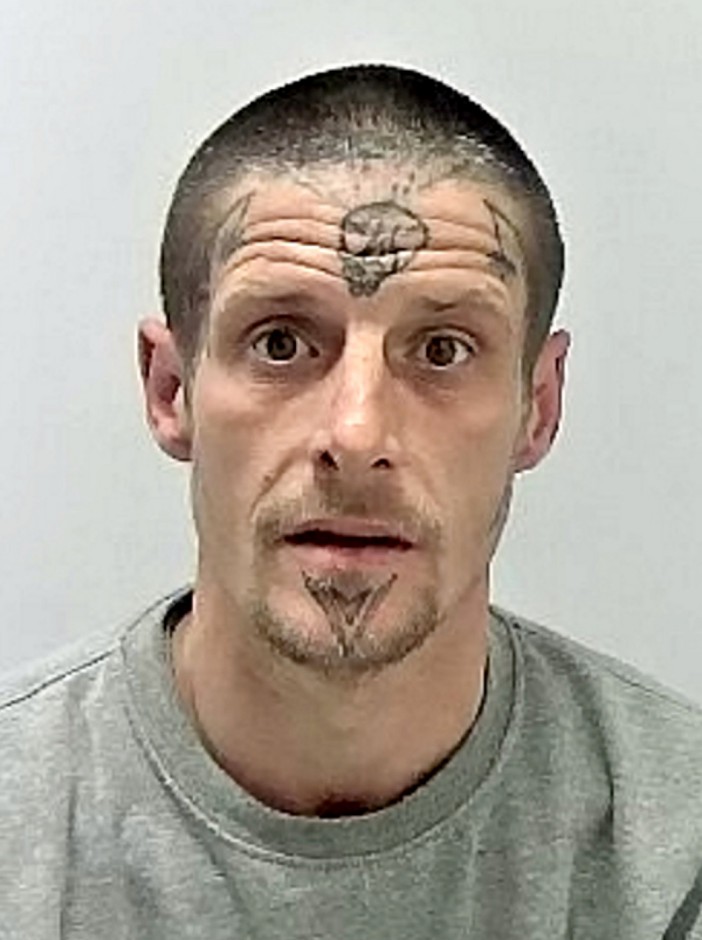 John Patrick, 39, was jailed for seven years for raping a 13-year-old girl

His markings included devil horns and a fake goatee beard on his chin.

Patrick, of no fixed address, was imprisoned for seven years and three months after he admitted to rape and possession of Class B drugs at Shrewsbury Crown Court.

He was also given a 20-year Sexual Harm Prevention Order when he appeared in court last Friday.

The court heard he raped the schoolgirl in Frankwell in Shropshire, on April 13 this year.

Detective Sergeant Laura Breeze said: "This was an atrocious offence and the investigating officers and detectives have worked tirelessly to bring Patrick to justice in order to keep the community safe."

"My hope is also that this conviction will provide reassurance to other victims of sexual offences, giving them the confidence to report their ordeal in the knowledge that they will be listened to and supported.

"Police will always investigate and do everything in their power to bring offenders to justice.

"If anyone has been affected by this case then I urge them to come forward and make a report to police."