A POLICE officer was killed by a rooster during a raid on an illegal cockfight in the Phillippines after being sliced open by a blade on the bird’s foot.

Lieutenant Christian Bolok was killed in the freak accident on Monday in a village in the Samar province. 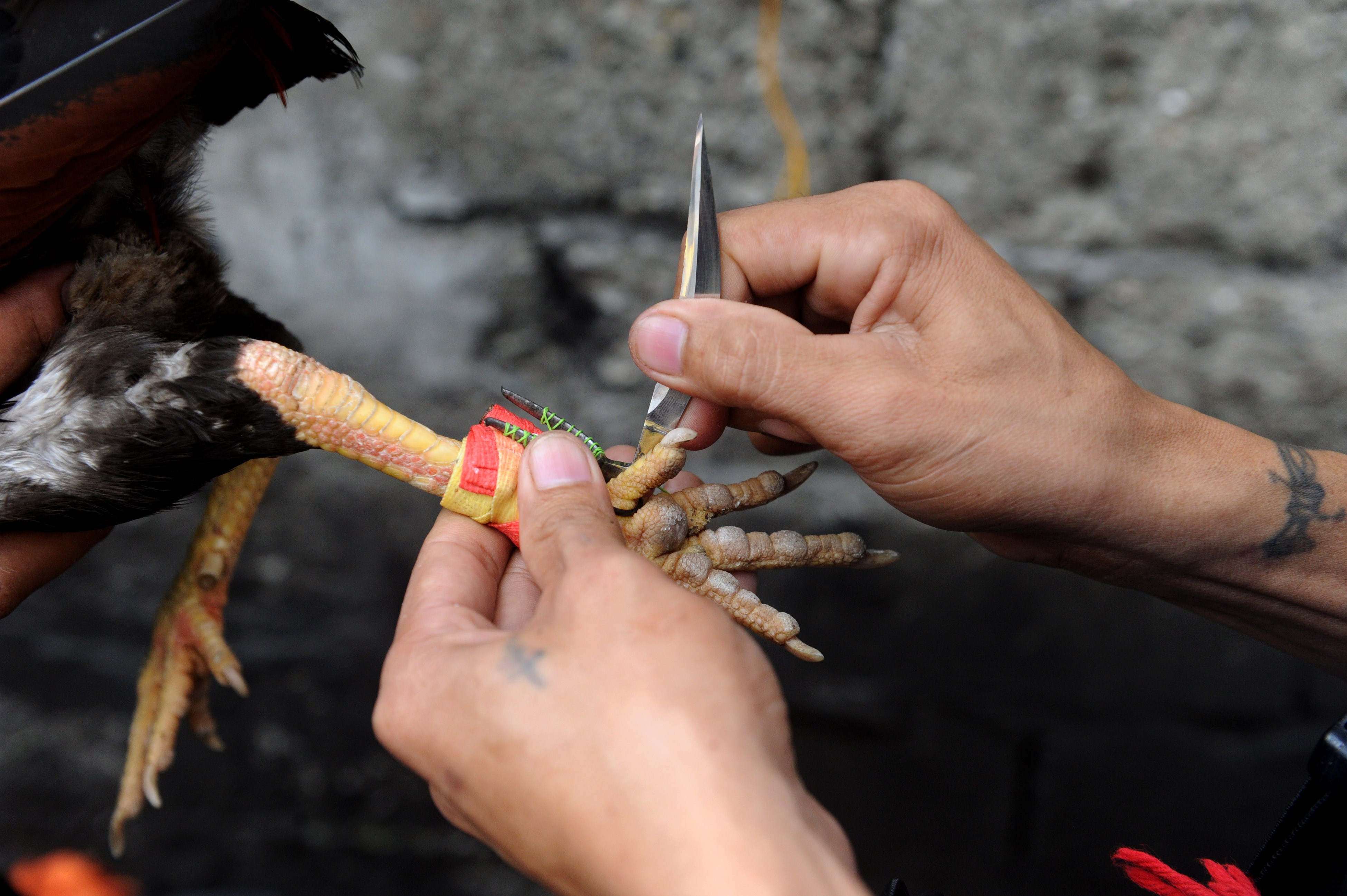 The police officer was killed when the blade on the bird's foot slashed an artery in his legCredit: AFP - Getty

The officer bled to death after the razor-sharp metal blade on one of the roosters slashed an artery in his leg, officials said today.

Police have been cracking down on illegal cockfights as the gatherings have been blamed for spreading coronavirus.

Bolok, who was in his mid-30s, was trying to grab a rooster when one of the small steel blades attached to a rooster's legs cut a gaping wound on his left leg and hit his femoral artery, provincial Governor Edwin Ongchuan said.

“He was trying to confiscate the roosters but the problem was the rooster’s blade may have been laced with poison,” Ongchuan said.

Bolok was immediately rushed to hospital but was declared dead on arrival.

Seven roosters, £8.76 (550 Philippine Pesos) in cash and two sets of gaff were seized by police, a police report said.

Ongchuan and his local government praised Bolok’s dedication and determination to enforce safeguards to fight the rise of coronavirus infections in the region.

“We grieve with our provincial police in the loss of such a committed and selfless officer whose enforcement of our community quarantine regulations has cost him his life,” Ongchuan said in a statement.

Police chief Colonel Arnel Apud said that Lieutenant Bolok's death was "a piece of bad luck" that he could not explain.

"I could not believe it when it was first reported to me," he said.

"This is the first time in my 25 years as a policeman that I lost a man due to a fighting cock's spur."

Cockfighting is a popular pastime and gambling sport in many rural areas in the Philippines however it is only allowed in licensed cockpits on Sundays and legal holidays.

All such events, however, are currently prohibited as part of efforts to fight the coronavirus.

The Philippines has recorded more than 375,000 infections since the pandemic began, the second-highest in Southeast Asia, and at least 7,114 deaths.

This isn't the first human fatality that occurred during a cockfight this year.

In January a man was killed in India after a sharp blade tied to a rooster slashed his neck.

The cockfight took place in Pragadavaram village in West Godavari, in the state of Andhra Pradesh, India — despite a Supreme Court ban on the practice.

Saripalli Chanavenkateshwaram Rao, 50, was punctured in the neck with a razor-sharp blade tied to the rooster's claw on January 15, police said.

The fatal injury was reportedly inflicted as one of the organisers held the animal in his hands, waiting to release it into the arena to fight.

Mr Rao, a devoted father-of-three, was a regular at local cockfights and was on his way to enter the rooster in a competition when it tried to break free.

A police spokesman revealed he was rushed to the hospital, where he later died from a stroke. 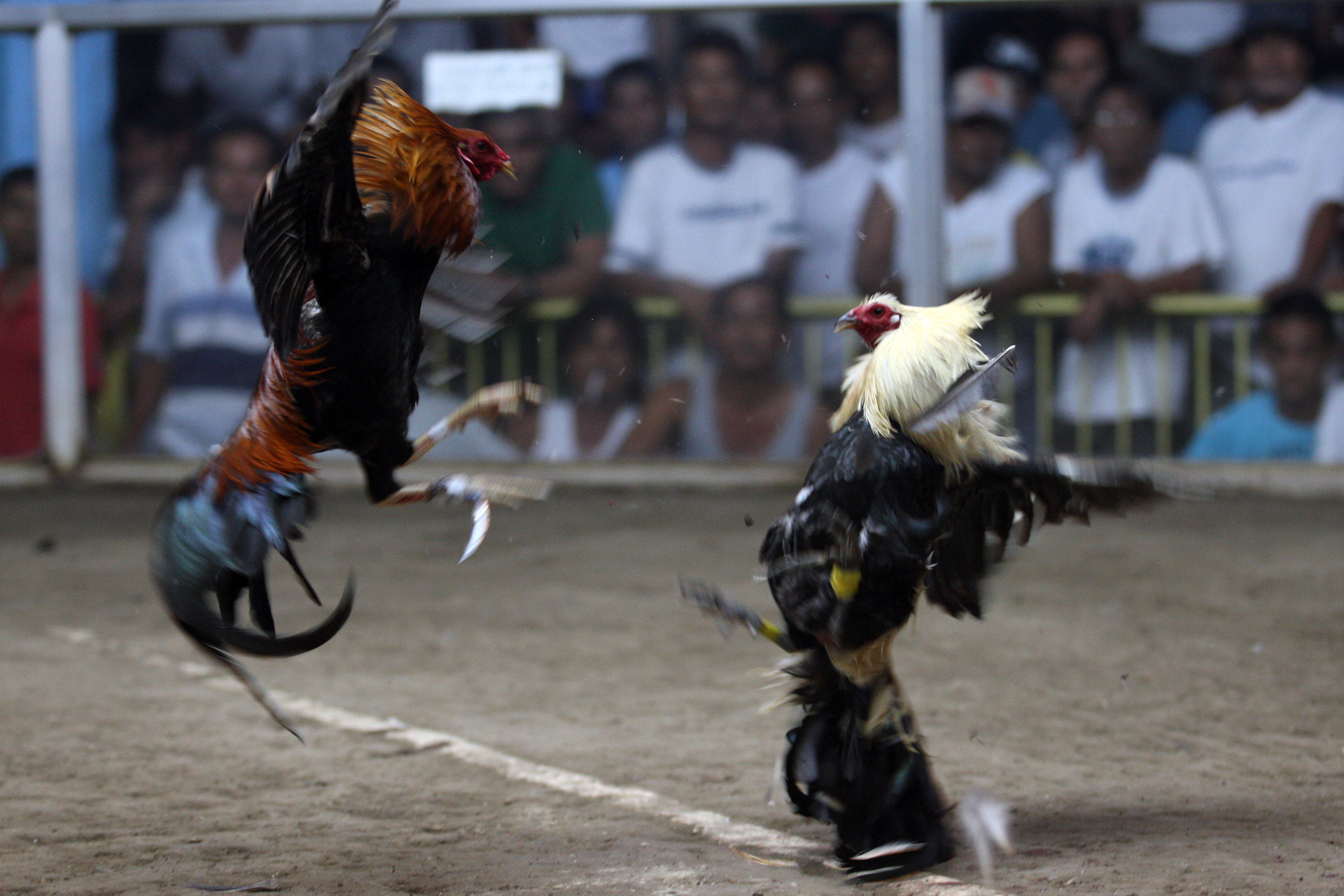 Cockfighting has been temporarily banned in the Philippines due to the pandemic and the fear that the crowds would spread the virusCredit: Getty Images - Getty
Read Entire Article