A COP killed himself after he was struck on the head with a pole during the Capitol riot and “wasn’t the same” again, his wife says.

Capitol Police Officer Jeffrey Smith suffered the blow while he was defending the building during the deadly siege on January 6. 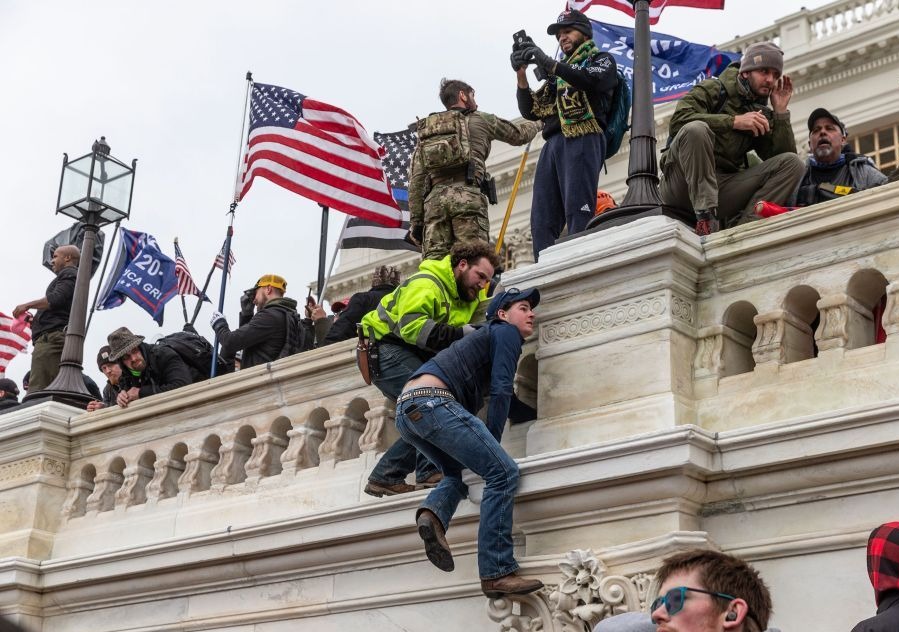 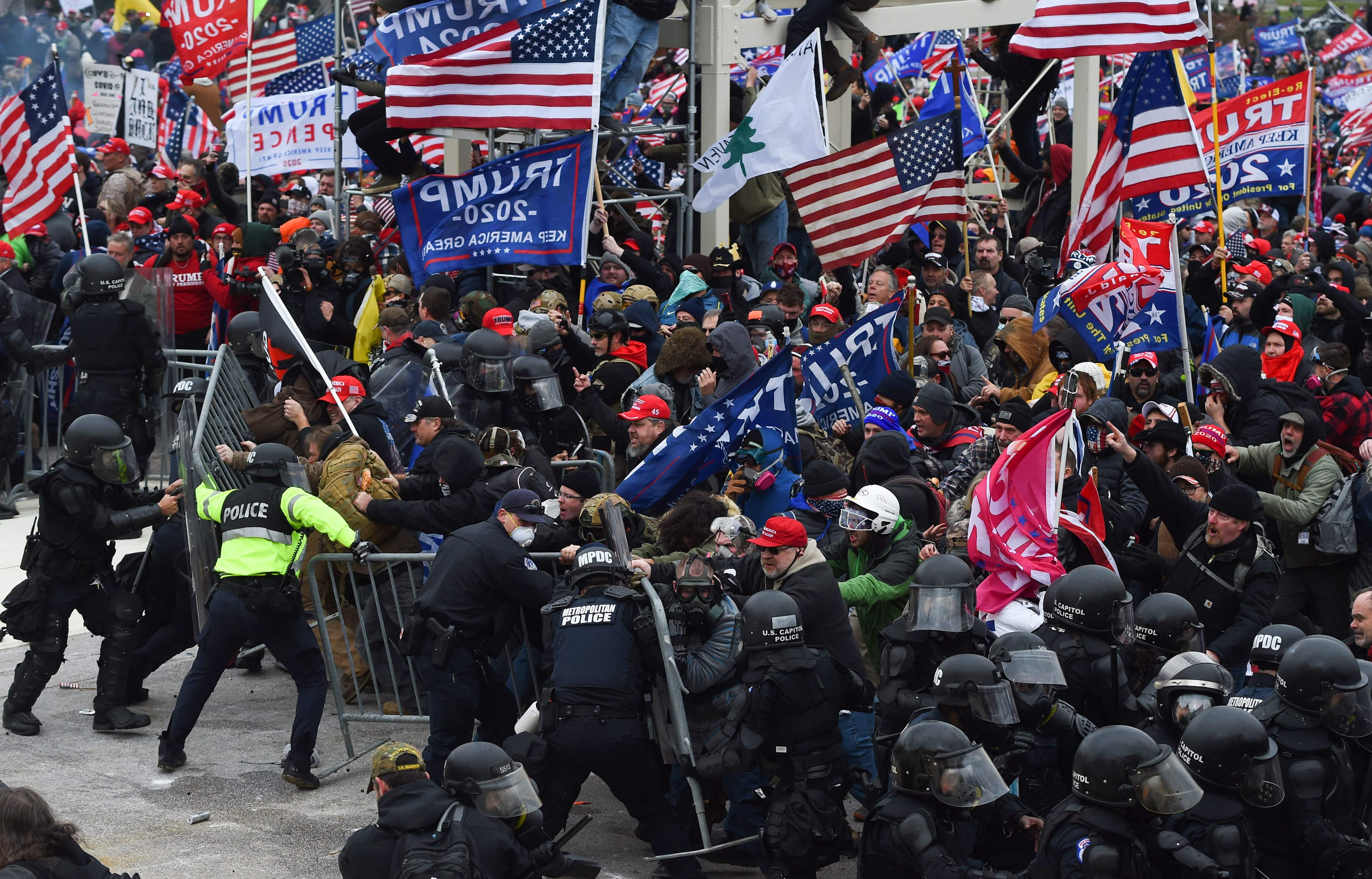 Jeffrey Smith was one of the officers attempting to control Trump supporters as they pushed barricades to storm the US CapitolCredit: AFP or licensors

A rioter tossed the metal pole, which struck Smith’s helmet and face shield, according to a report from the Washington Post.

The 35-year-old officer worked on into the night, then visited the police medical clinic.

He was put on sick leave and, according to his wife Erin, was sent home with pain medication.

Erin said her husband seemed in constant pain in the days following, unable to even turn his head.

He did not leave the house and refused to talk to other people or watch television.

She sometimes woke up during the night and would find him sitting up in bed, or pacing, she said.

“I told him I’d be there if he needed anything, that no matter what, we’ll get through it. I tried to do the best I could.”

Smith was ordered back to work after a follow-up appointment to the police clinic on Jan 14. His wife has now questioned this decision.

After a sleepless night, the officer set off for work the next afternoon for an overnight shift, taking the sandwiches, trail mix and cookies his wife had packed for him.

Smith shot himself in the head on the way to the District. 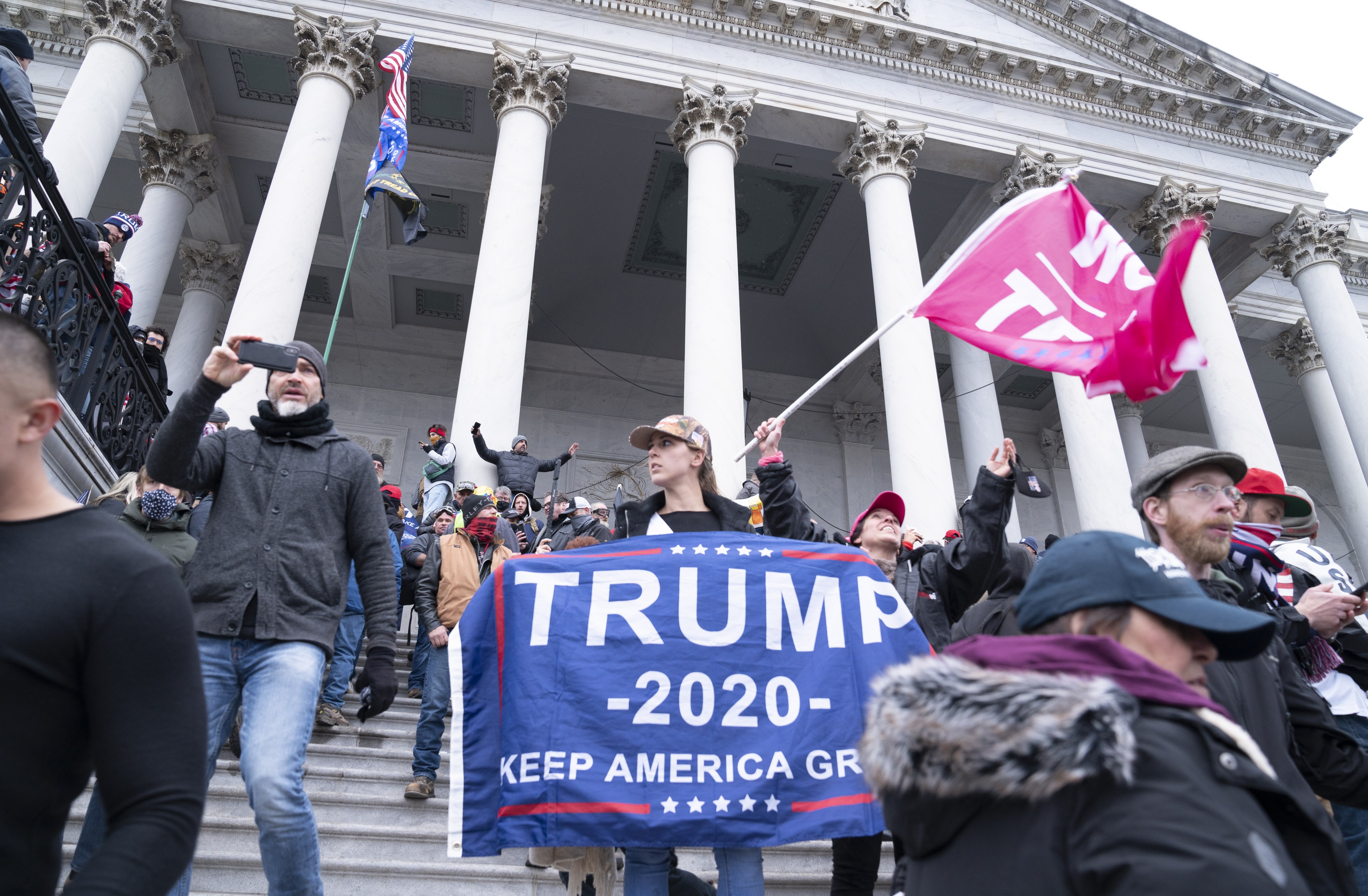 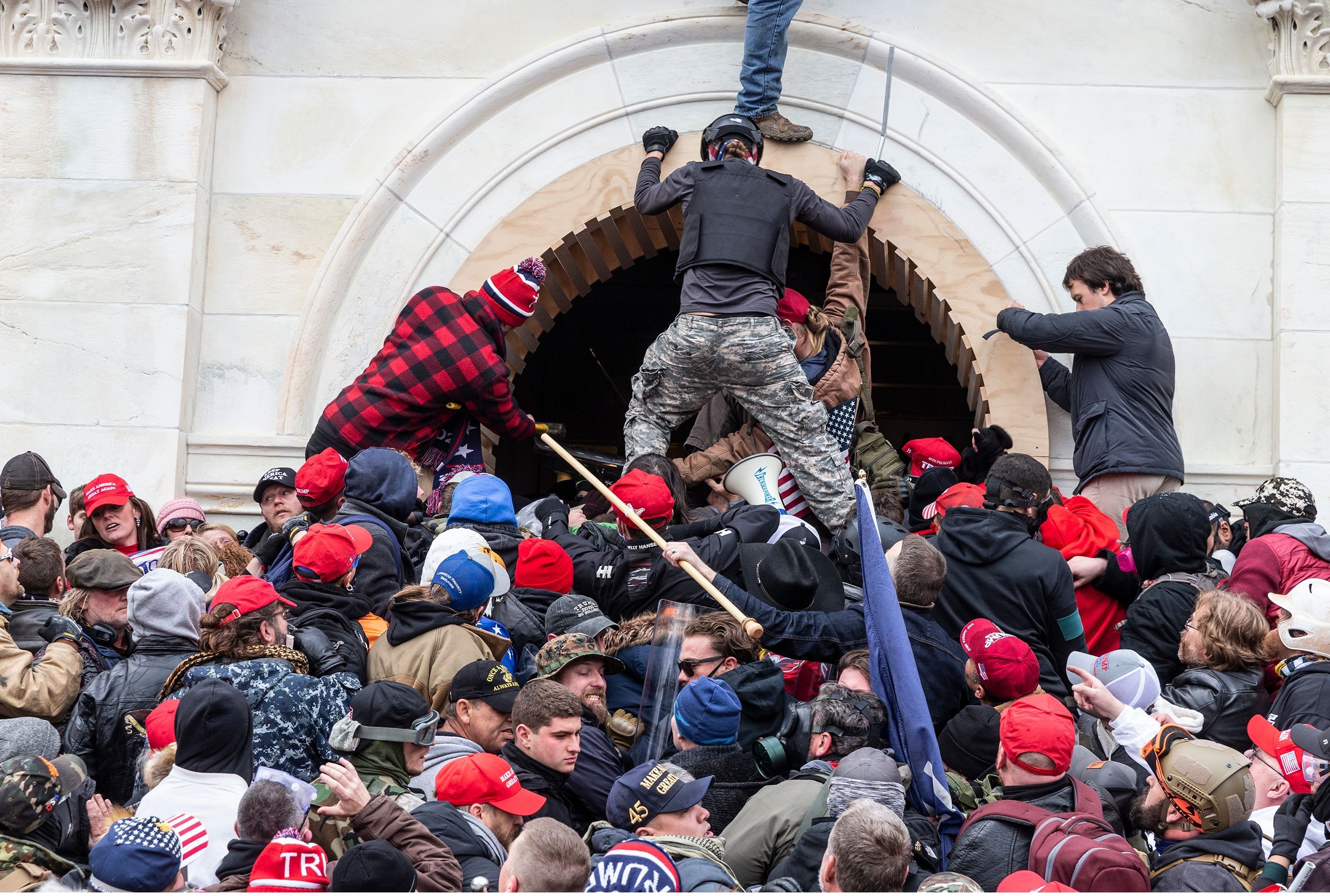 Police found him in his Ford Mustang, which had rolled over and down an embankment along the George Washington Memorial Parkway, near a scenic overlook on the Potomac River.

Smith was the second police officer who had been at the riot to take his own life.

"Selfless" Howard Liebengood, 51, an officer for the United States Capitol Police (USCP), passed away three days after serving on the front line during the riots.

According to the Associated Press, two people familiar with the matter said Officer Liebengood's death was an apparent suicide.

It was not clear whether his death was connected to Wednesday's events, despite the officer being one of several cops who responded to the riots inside the Senate.

Gus Papanthanasiou, union chairman for Capitol police, confirmed officer Liebengood was among the cops who responded to the riots.

He added: “This is the second death of a USCP Officer in just two days, with the passing of Officer Brian D. Sicknick on Thursday evening from injuries sustained while on duty during the assault on the Capitol on January 6th.

If you have been affected by any of the issues in this article contact The Samaritans on 116 123.

They are available for free at anytime.

Brian Sicknick, died the day after the riots after reportedly having been hit over the head during the siege by a fire extinguisher.

Four people died during the riot, after hundreds of Trump supporters stormed the Capitol building in violent scenes as lawmakers met to certify the results of November's election.

Police confirmed the identities of those who died as Ashli Babbitt, 35, of Maryland, Benjamin Phillips 50, of Schuylkill Pennsylvania, Kevin Greeson, 55, of Alabama, and Rosanne Boylan, 34, of Georgia.

The violence on January 6 erupted just hours after Trump addressed his supporters at a nearby rally.

"We're going to walk down to the Capitol," he told his supporters earlier on Wednesday.

"And we're gonna cheer on our brave senators and congressmen and women. And we're probably not going to be cheering, so much for some of them, because you'll never take back our country with weakness, you have to show strength and you have to be strong."

In a video message posted online the following day, the outgoing president took an uncharacteristic u-turn, describing the riots as a "heinous attack on the nation's capitol". 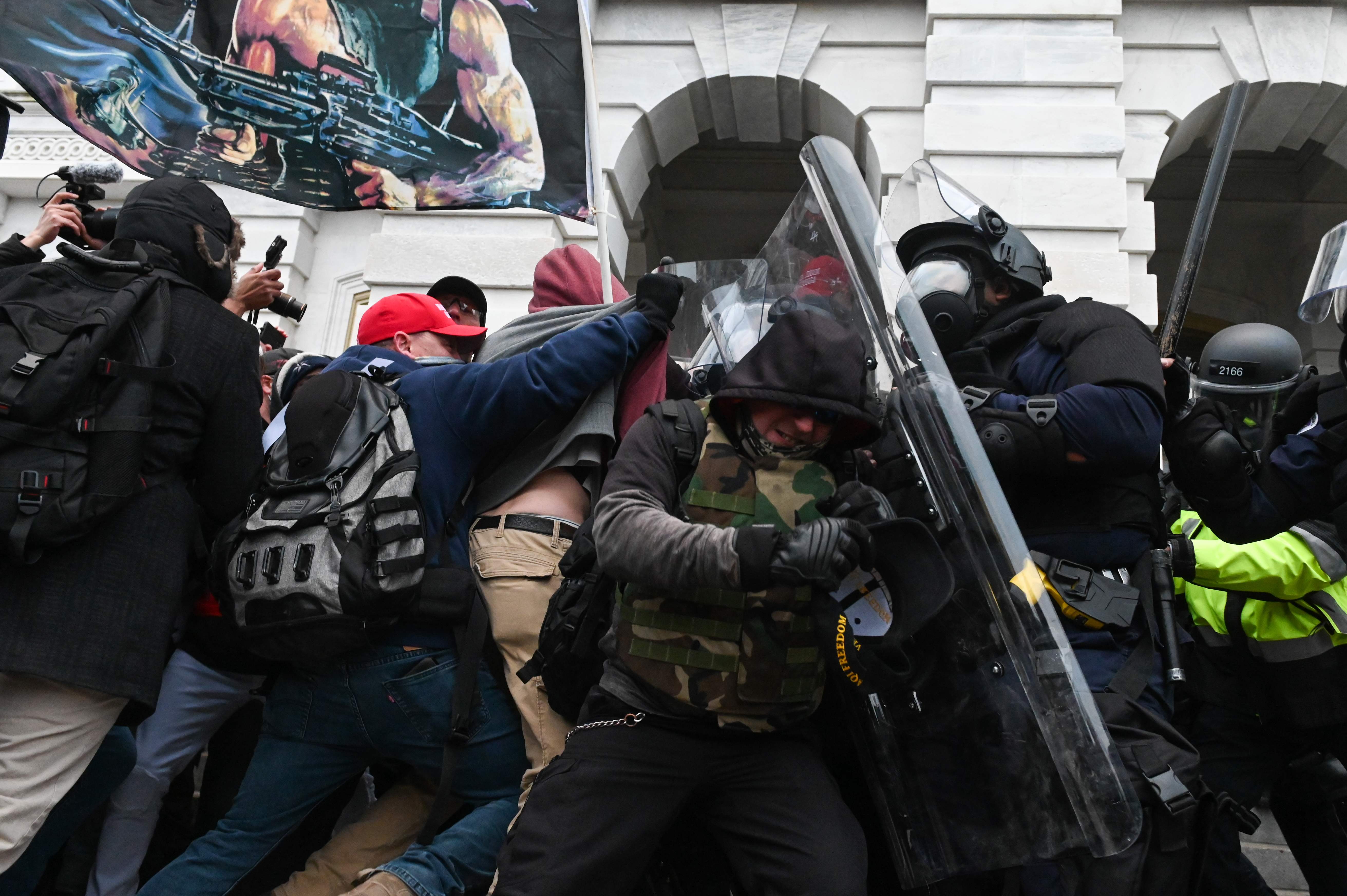 Riot police push back a crowd of supporters of former US President Donald TrumpCredit: AFP or licensors 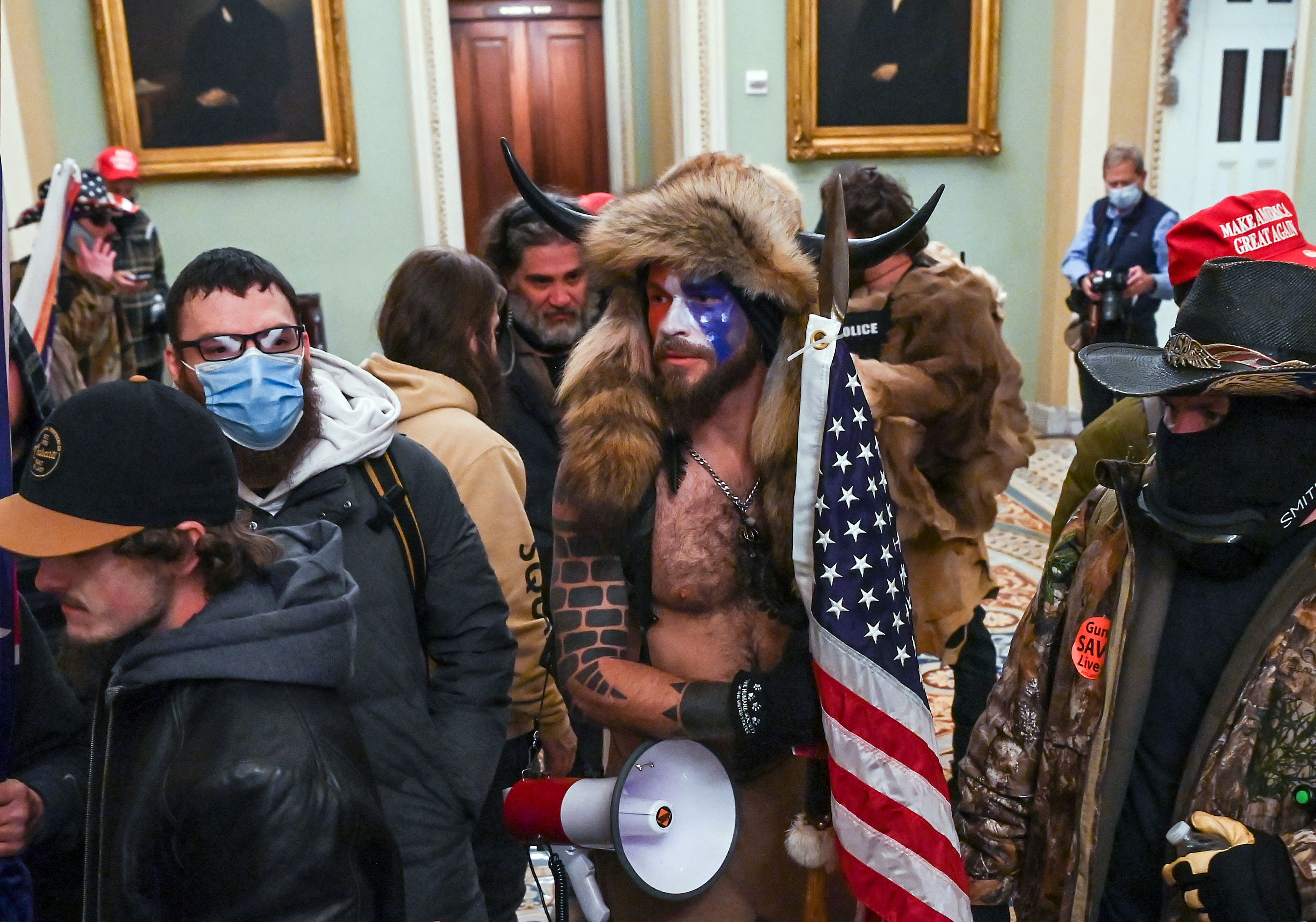 Jacob Anthony Chansley, also known as Jake Angeli, and two others -- one of them a newly elected state official -- were charged in federal court in connection with the violenceCredit: AFP or licensors 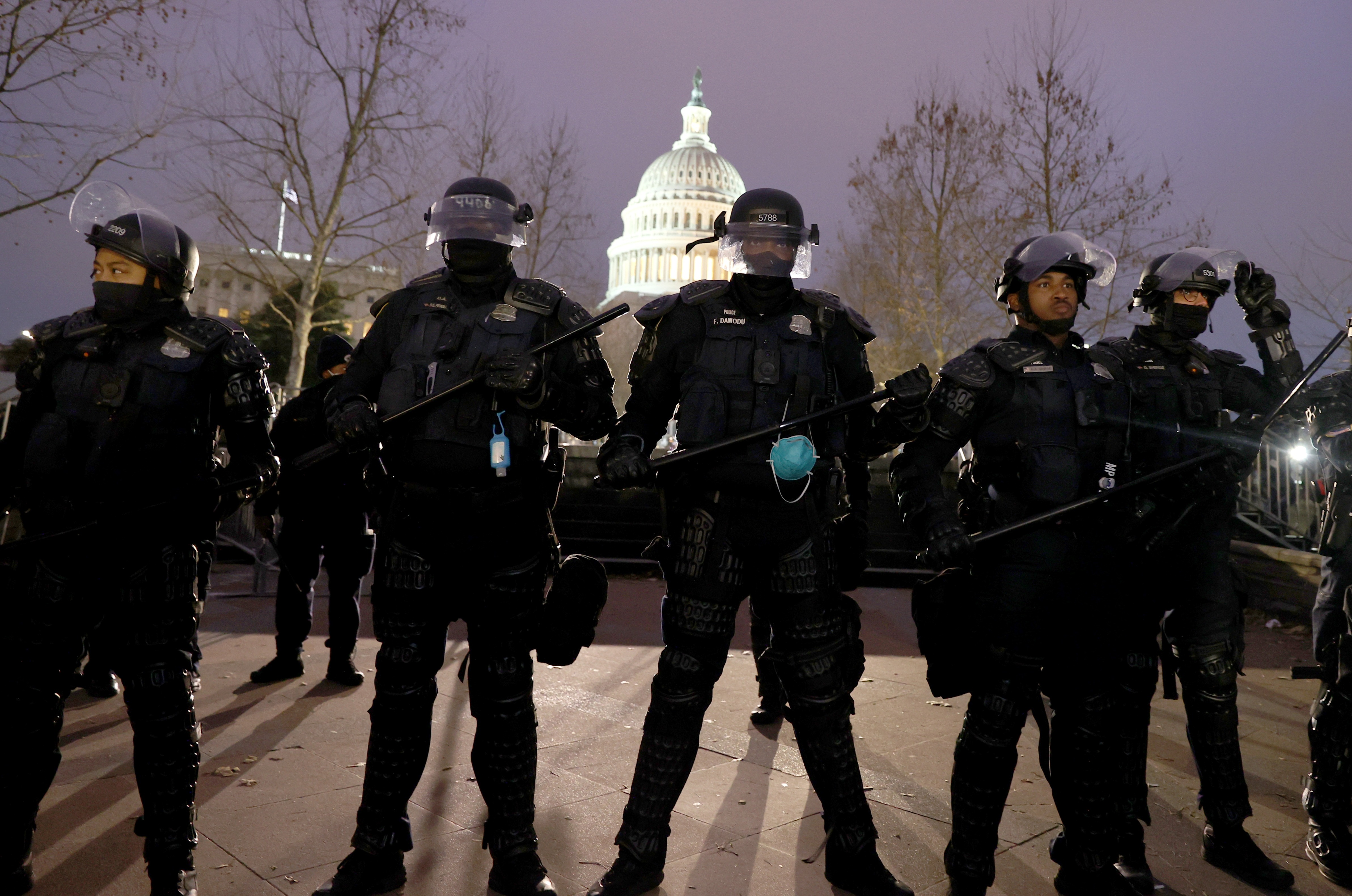 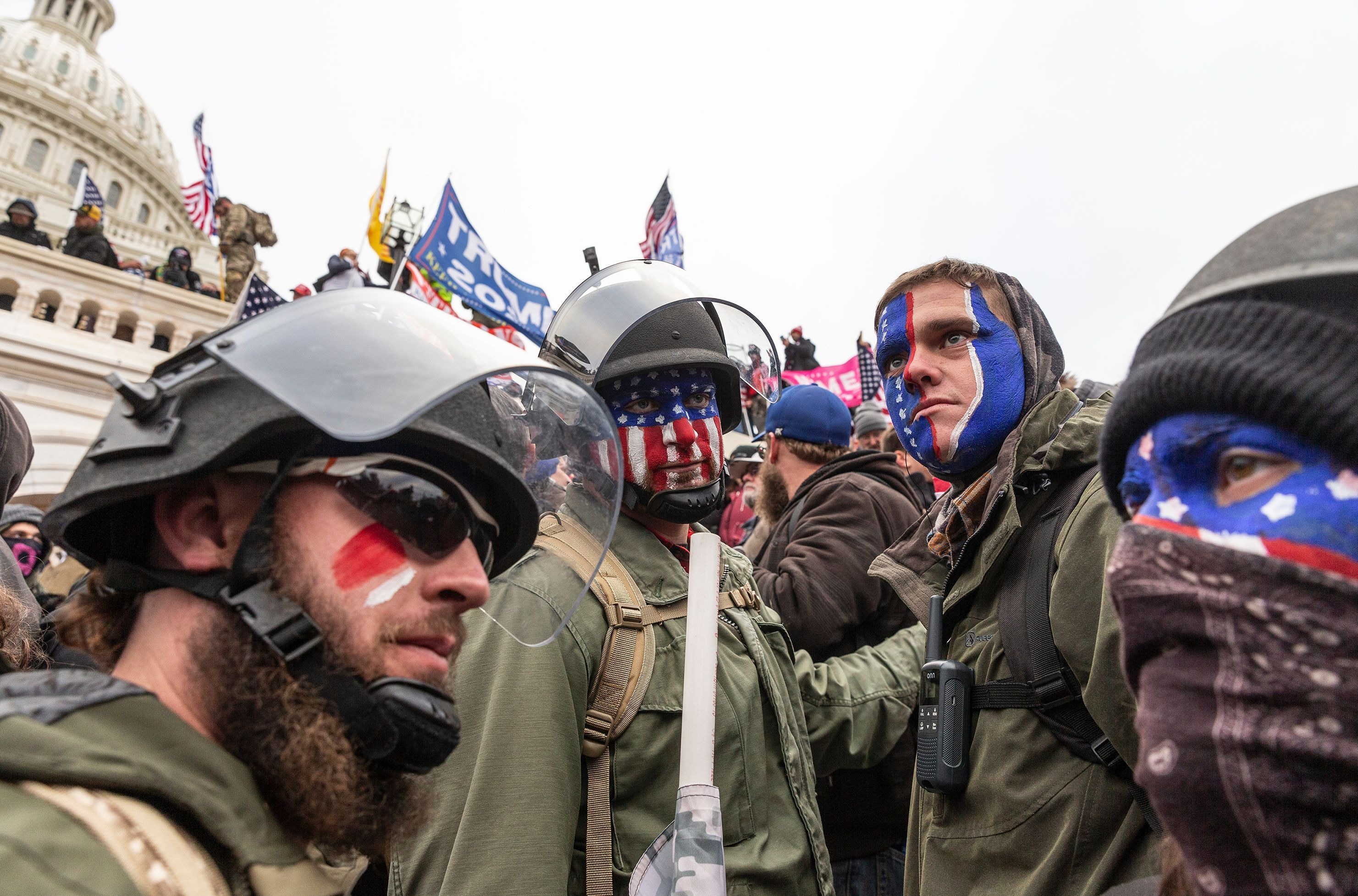