COPS, SWAT TEAM, and security guards were deployed "with billy clubs" as pro-Trump and Antifa protesters gathered in Beverly Hills on Saturday.

City officials had announced that they would be sending police out to the streets in a bid to shut down demonstrations. 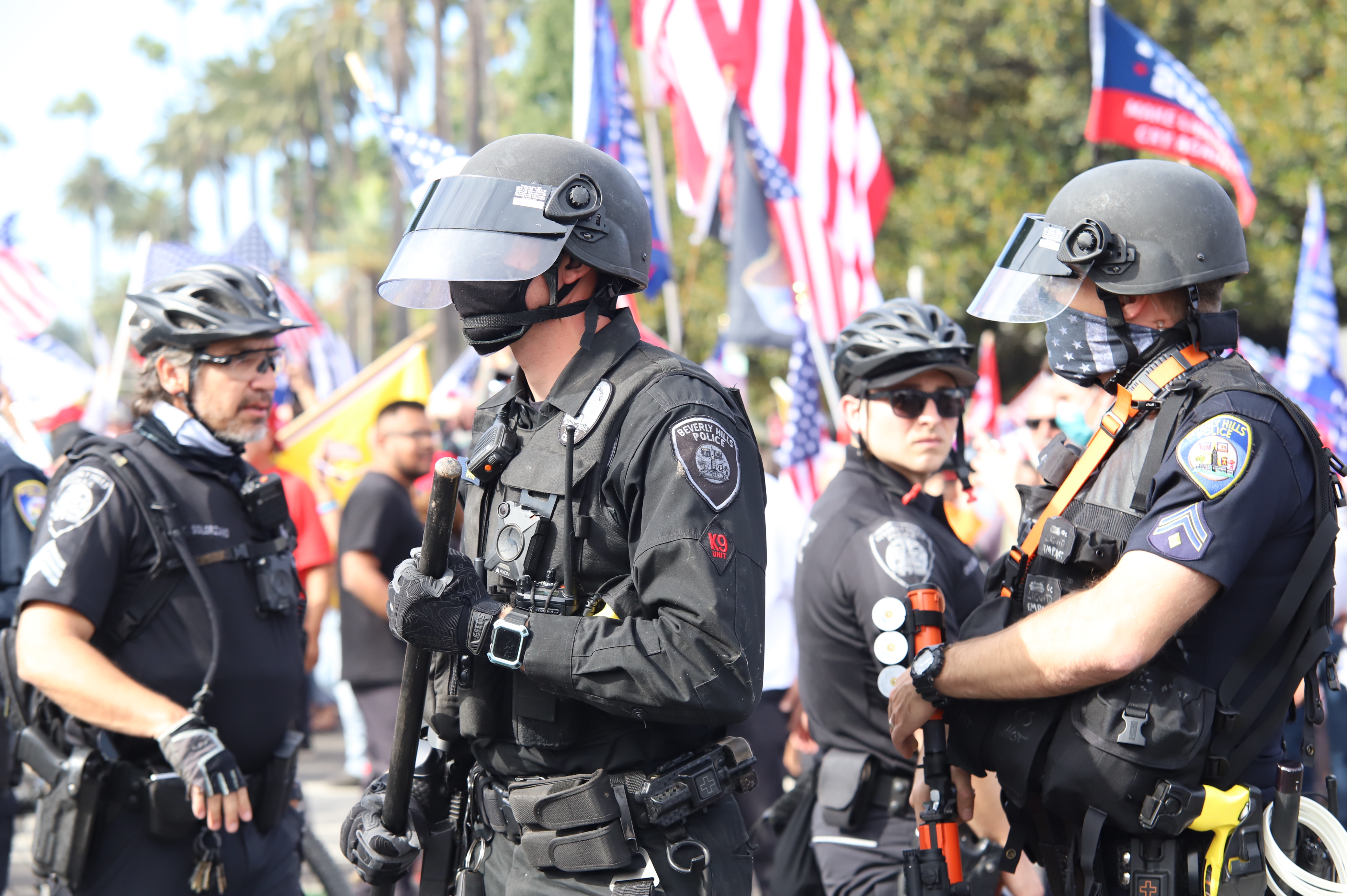 Beverly Hills breaks out in riots with clashing of Antifa and pro-Trump groups Credit: The Mega Agency 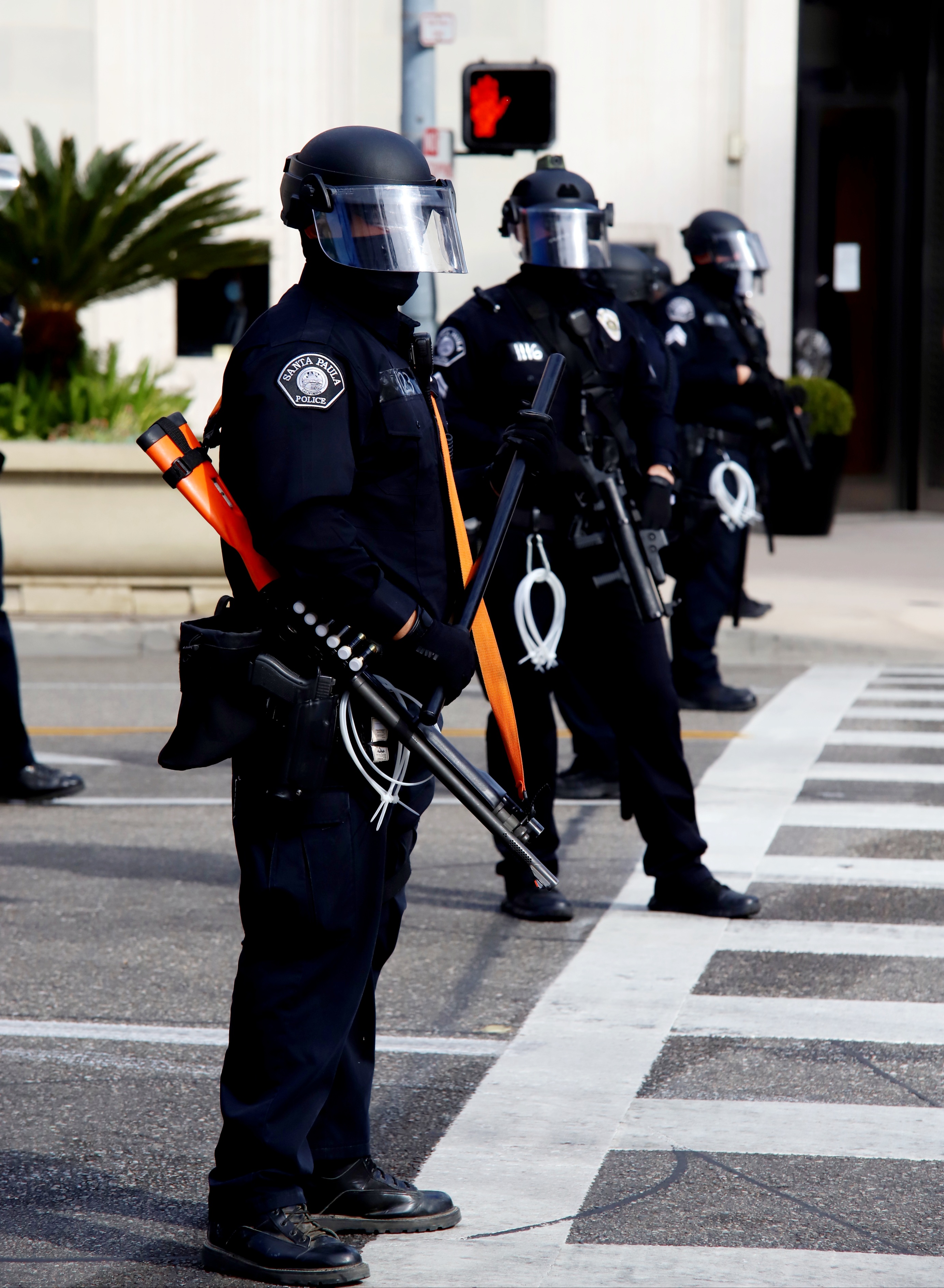 Police were seen carrying billy clubs as they kept an eye on the two rival groupsCredit: The Mega Agency

Officers held billy clubs as they looked on at crowds building in the Beverly Hills area.

Armored trucks lined the streets with officers in full riot gear as shop owners bordered up their storefronts and boutiques on Rodeo Drive.

Violence has been breaking out between pro-Trump and Anti-Fascist groups who have both been marching in Beverly Hills.

According to TMZ clashes between the two groups of demonstrators have been a regular occurrence in the Los Angeles area.

Reports claim that cops have already broken up some fights which have led to more aggressive behavior and violence.

Meanwhile in Washington American flags were burned as tensions arose between BLM protesters and far-right counter-protesters.

Hundreds of people gathered near where Kevin Peterson Jr. was shot dead by police one day earlier.

Demonstrators lit candle vigils in protest of the police shooting for a second straight night in Clark County.

Although the shooting is still under investigation, deputies approached Peterson believing he had been selling drugs in the parking lot of a suburban hotel.

The Southwest Washington Independent Investigative Response Team, investigating the shooting, said Peterson "produced" a gun before deputies fired on him.

The first group held a candlelight vigil in Peterson's memory. However, a second group approached the area with calls to "take a stand" against violence caused by the "Portland antifa."

Tensions arose as the two groups began shouting at each other and police refrained from interfering.

How much does Corpse Husband make?

'GET OUT THE WAY'

A woman told a crowd of 40 people at the vigil not to engage with people from the other side.

"I have a Black brother and a Black dad and Black friends, and I would hate to see this happen to one of them," the woman, Natalie Scott, said.

"And if this happened to them, this is exactly what I would want everybody to be doing. Standing up for them. Or me, even."

Peterson's tearful relatives also arrived at the vigil, with the crowd growing to over 300 people by 8PM and speakers encouraging mourners to attend Black Lives Matter protests in the future. 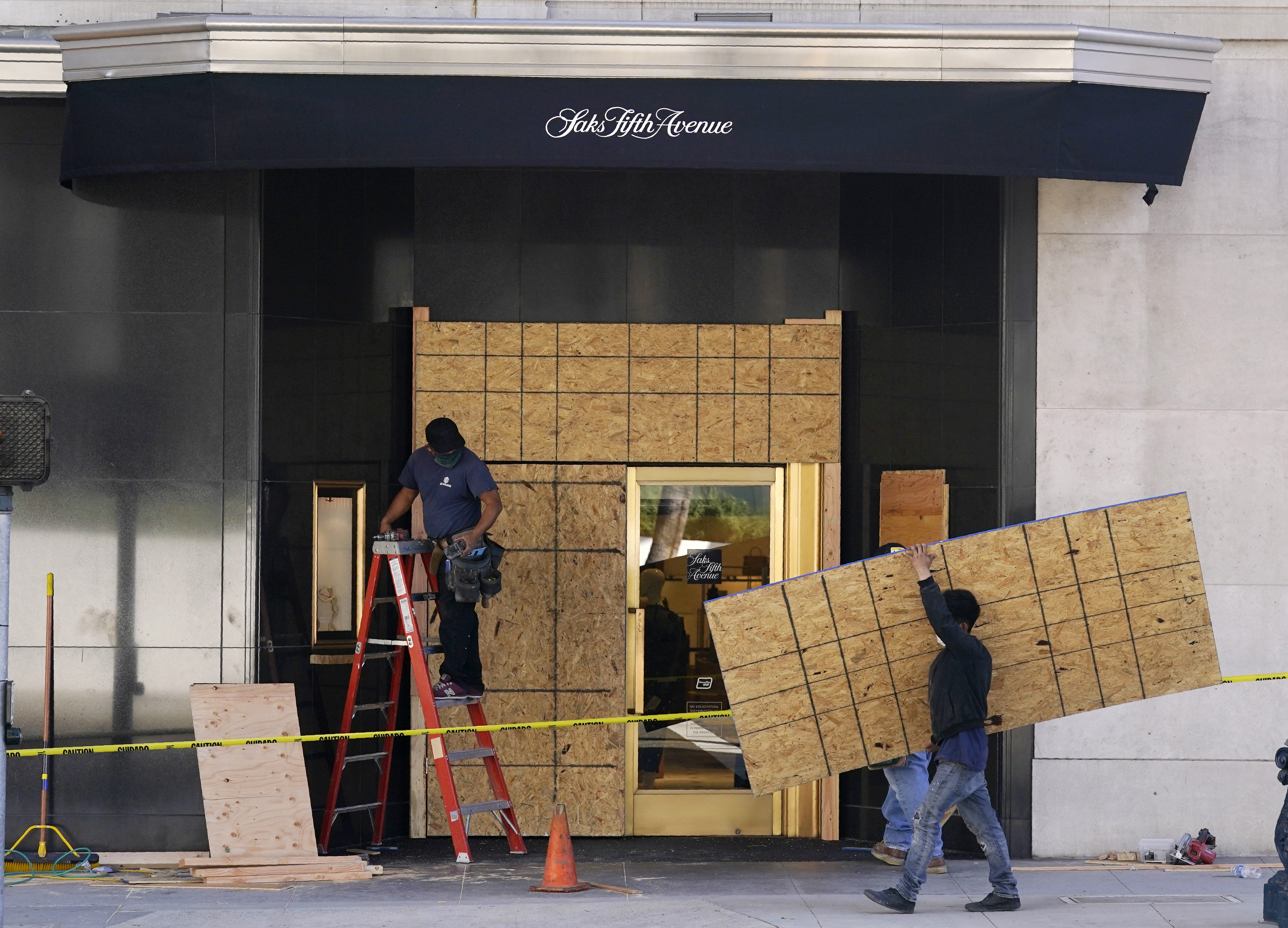 Boutiques board up their doors on Rodeo DriveCredit: AP:Associated Press 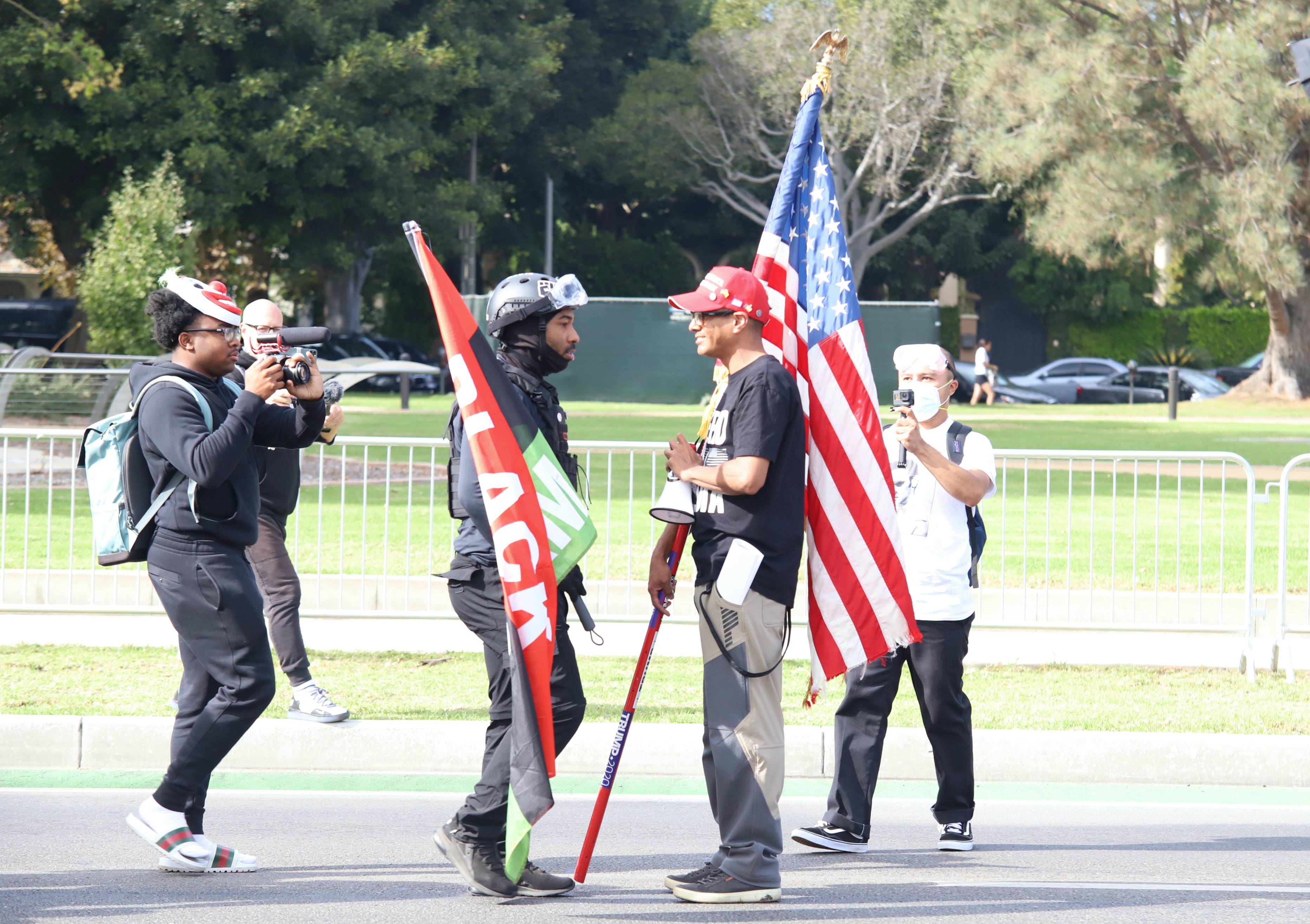 Antifa and Pro-Trump protesters clash on the streets of Beverly HillsCredit: The Mega Agency 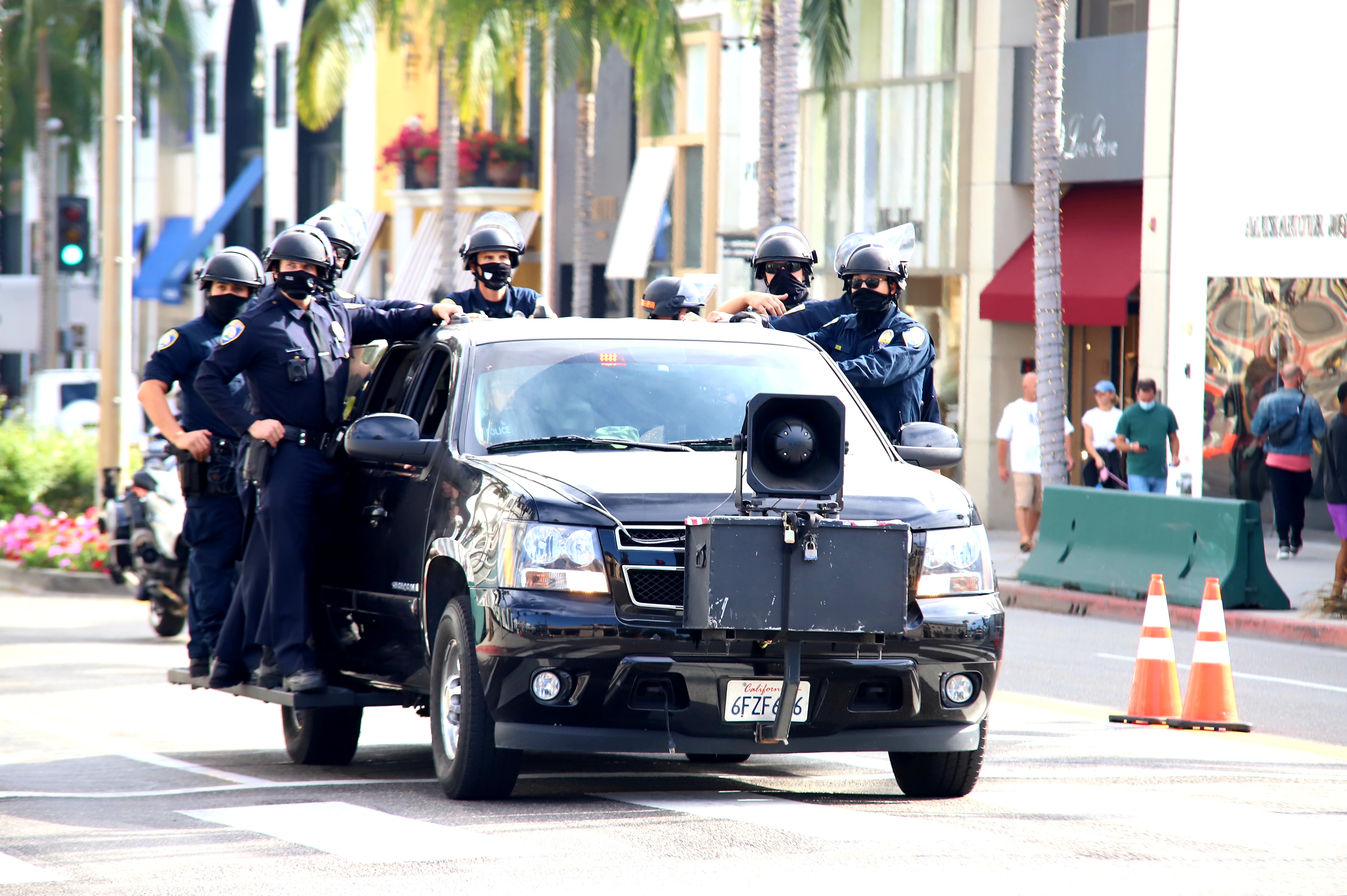