ISRAEL is hailing its speedy two-jab Pfizer inoculation victory for a dramatic 45 per cent plunge in Covid cases.

But a recent study warns that the UK's 12-week vaccination delay is risky as one shot is not "very effective". 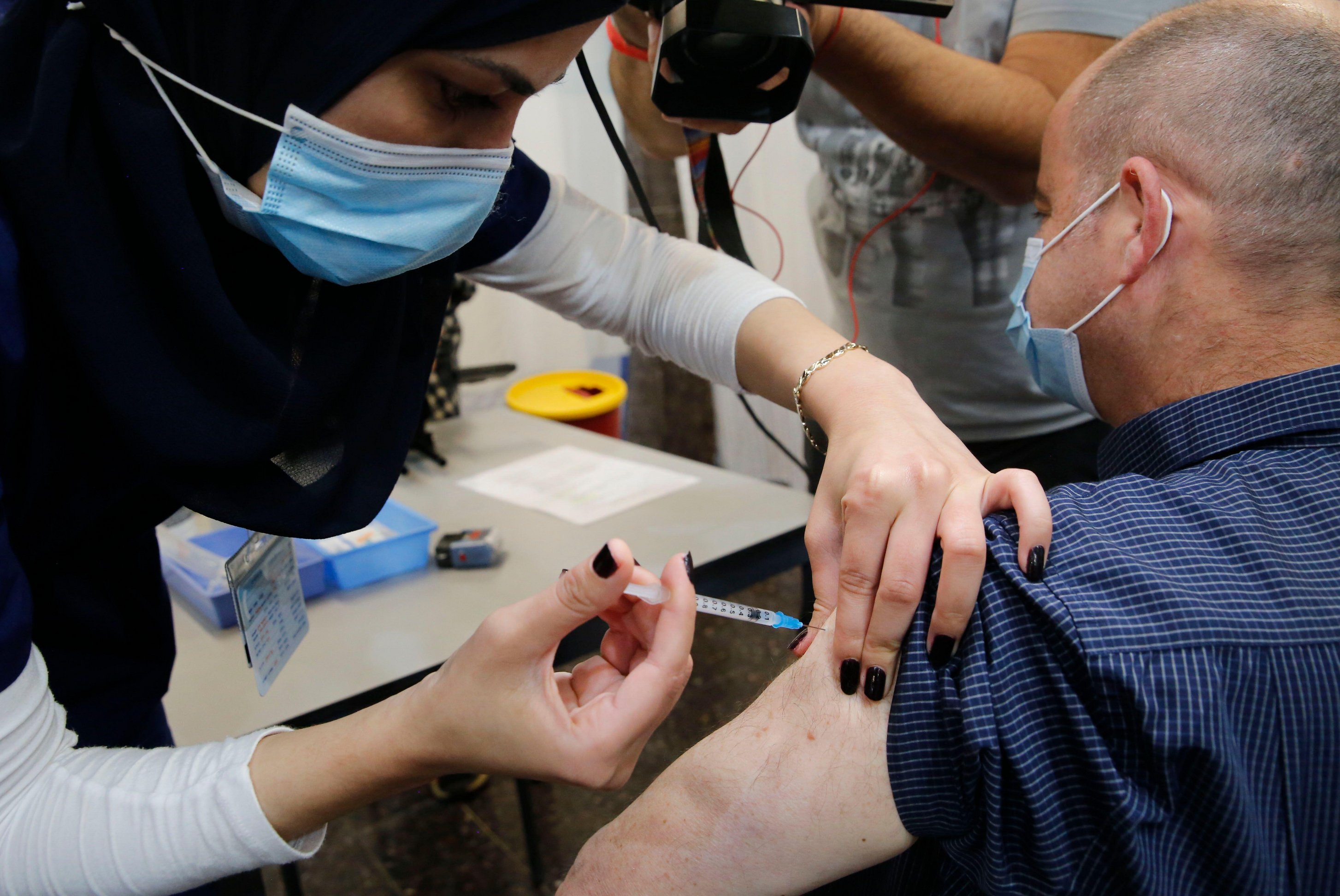 Israel is fighting against the pandemic via a massive jab programmeCredit: Alamy Live News 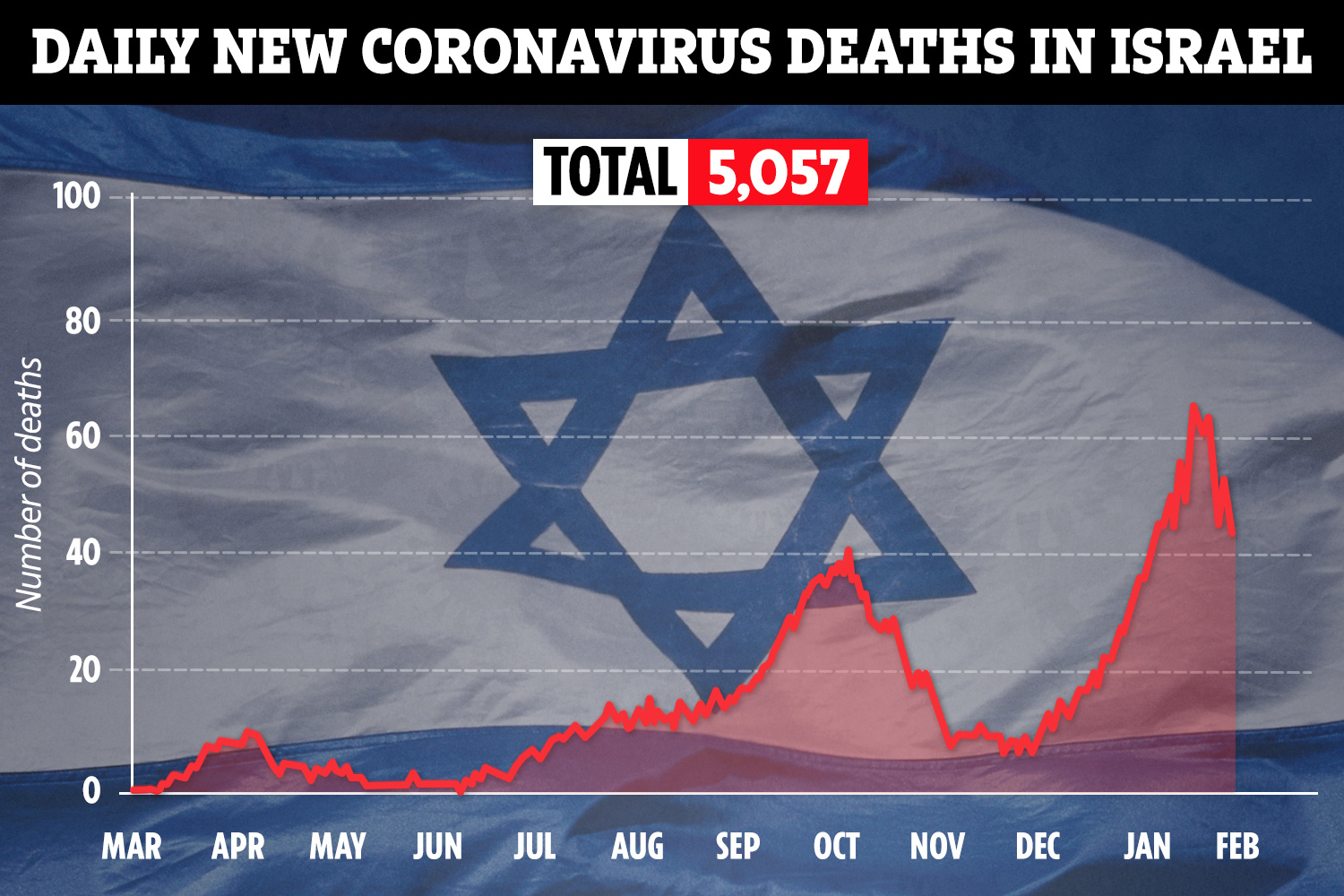 And its jab rollout had made such an impact that it's announced an easing of lockdown measures from Sunday.

Prime Minister Benjamin Netanyah said that for the over-60, the first group vaccinated, serious Covid-related hospitalisations have dropped 26 per cent while confirmed infections have plunged 45 per cent over the past 16 days.

“This is a direct result of the vaccinations - the vaccines work," he said.

Prof Eran Segal, a computer scientist from Weizmann Institute, said: "We say with caution, the magic has started."

More than one-third of Israel’s 9.3million population received at least one shot in mere weeks.

And over 1.9million have now been given both vital doses, possibly putting the country on track to inoculate nearly its entire adult population by the end of March.

The magic has started.

Nature reports that the country is the first to see a direct effect of vaccines working successfully in such a large group of people.

Researchers are reporting that the jabs are helping to curb infections and hospitalisations among older people, almost six weeks after shots were rolled out in the over-60s.

About 90 per cent of people aged 60 and older in Israel have received their first dose of Pfizer’s two-dose vaccine so far.

“What we see here are early and very encouraging signs that the vaccine is working in the population,” says Florian Krammer, a virologist at Icahn School of Medicine at Mount Sinai in New York City.

A study by the Israel Institute of Technology reveals that the Pfizer jab is between 66 to 85 per cent effective at preventing infection. 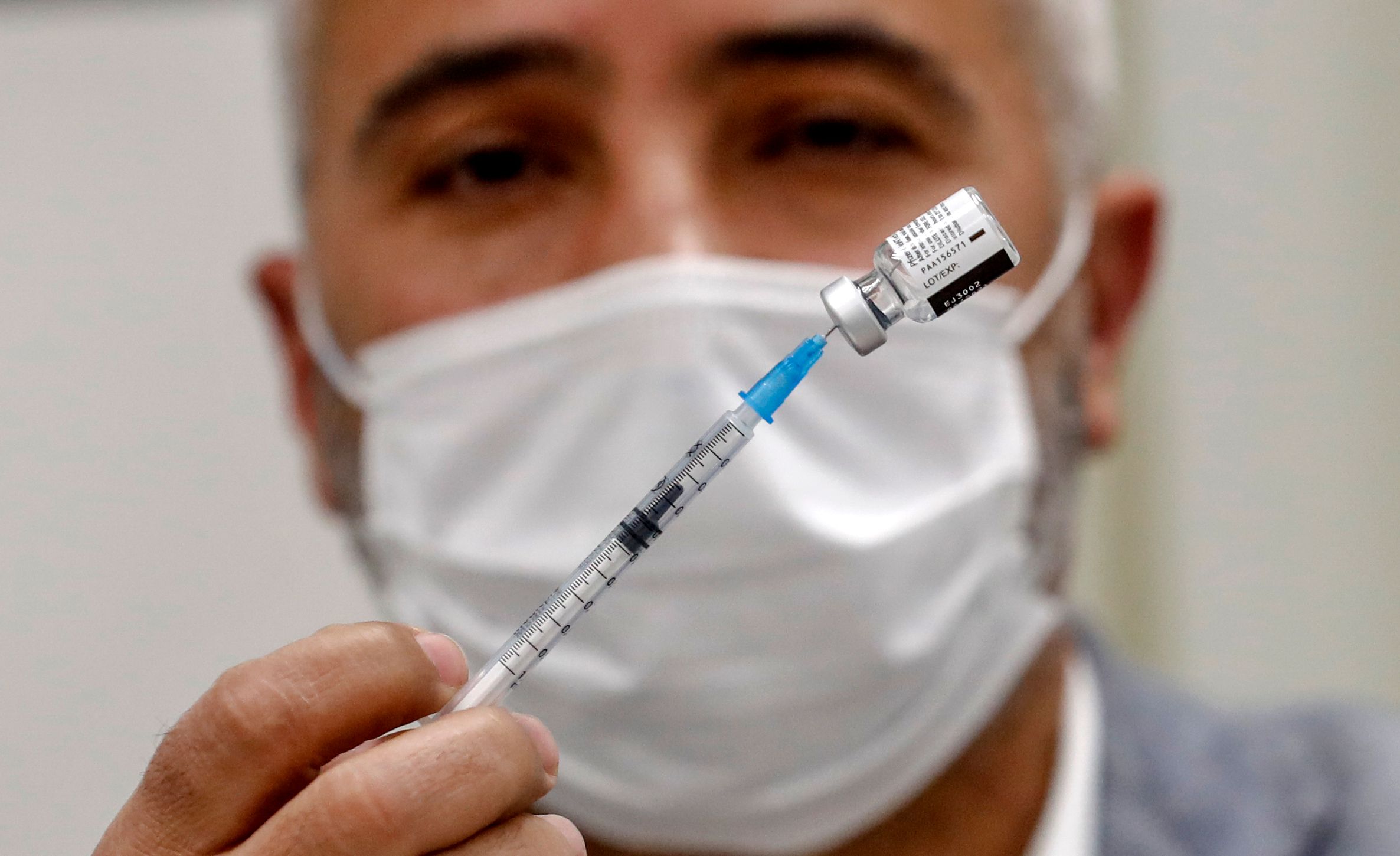 The Israeli campaign has been hailed as 'outstanding' by expertsCredit: AFP or licensors 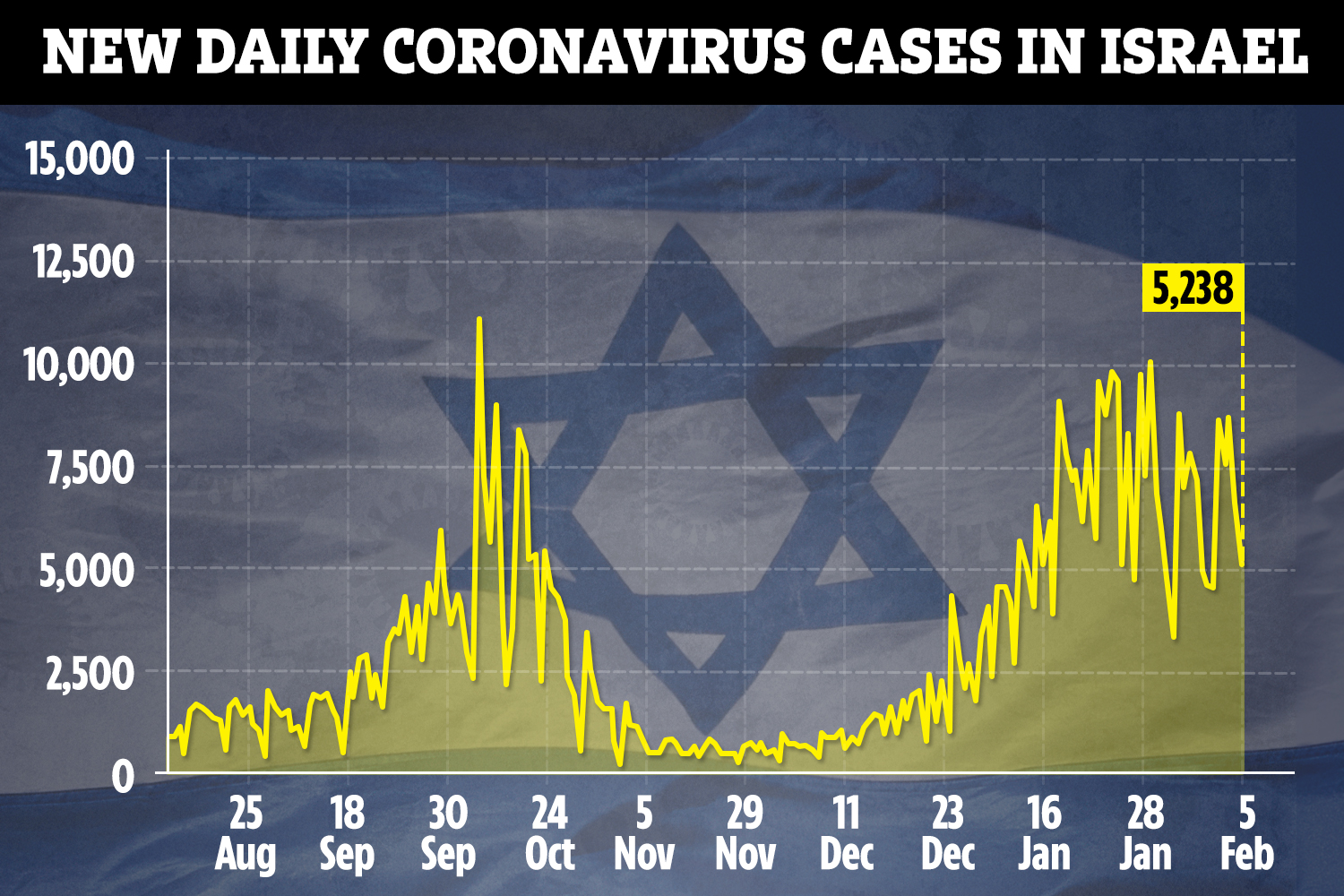 Also, the Pfizer vaccines are between 87 and 96 per cent effective in stopping severe disease from the contagious coronavirus, reports the Telegraph.

Prof Dvir Aran, the study's author, said: "Our sensitivity analysis provides an estimate for the effectiveness of the vaccine in reducing positive and severe cases.

"While this estimate is lower than the efficacy of the [Pfizer trial] it is still substantive and provides reassurance for the vaccine efficacy."

But he warned that just getting a first Pfizer dose is not "very effective" against Covid, in a blow to the UK's plans. 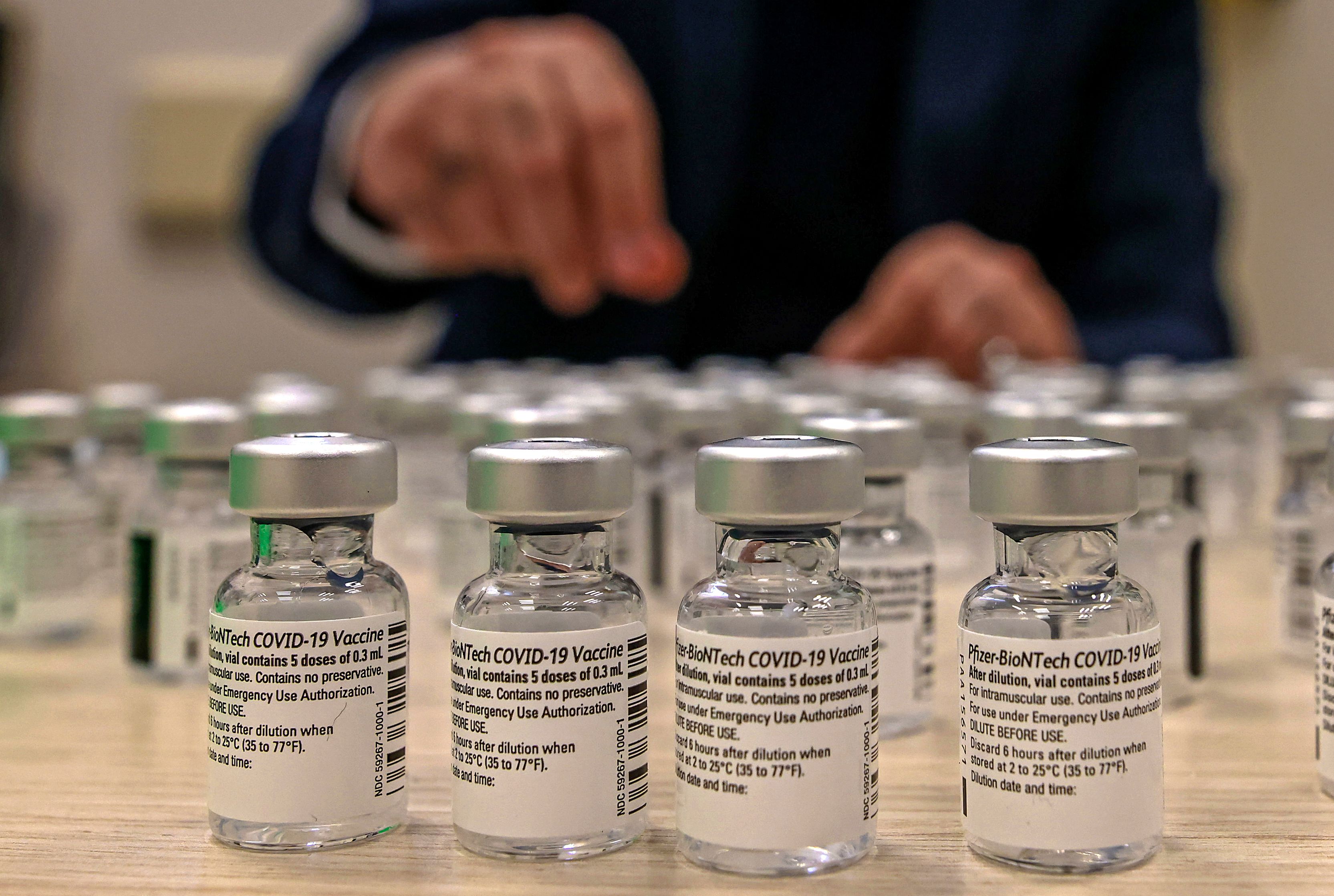 Its high rate of vaccinations means vulnerable populations will be protectedCredit: AFP or licensors 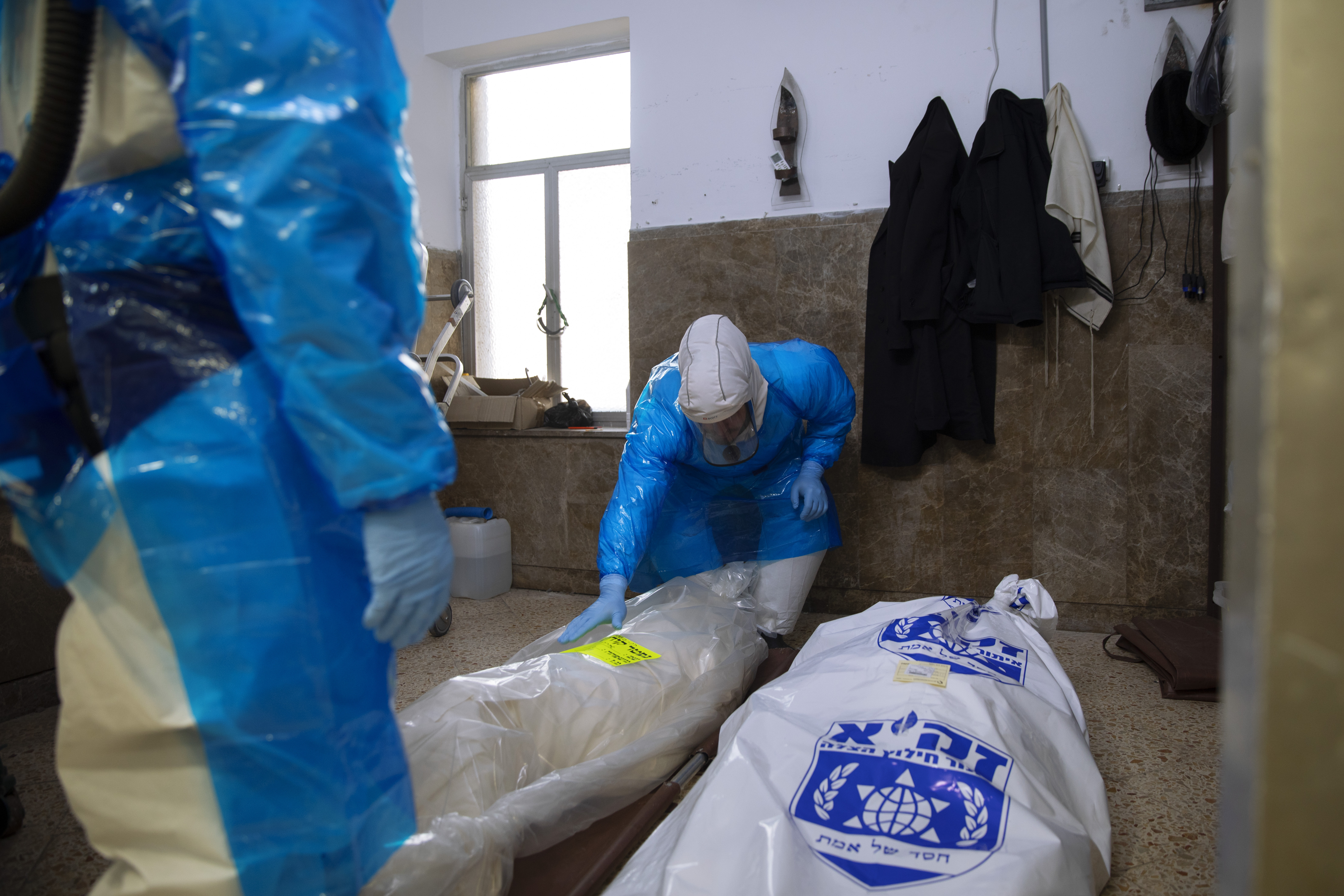 There have been over 5,000 Covid-related deaths in Israel so farCredit: AP:Associated Press

Prof Aran added: "We see that immediately after the second dose the effectiveness jumps."

The expert explained this could be due to the fact that it takes up to a fortnight for the first dose to boost immunity against the killer bug.

He also said that he and fellow researchers would wait and see "numbers from the UK".

The study's finding comes a month after medical scientists criticised the British government for delaying second doses of Covid vaccines by up to 12 weeks, saying proven dosing schedules should not be altered “without solid scientific support or evidence”.

He added that as it tends to spread faster and causes more severe disease, "this may have been another factor that off-set the [early] impact of the vaccine".

The expert said the Pfizer jab had a "strong" impact on older people.

Just over 5,000 people have died of Covid in Israel, more than a quarter of them in January alone.

And experts around the world are watching its vaccination programme with interest.

“Israel’s aggressive inoculation program demonstrates that it is indeed possible for a country to get vaccines into people’s arms quickly and efficiently,” said Jonathan Crane, a bioethicist at Emory University in Atlanta. 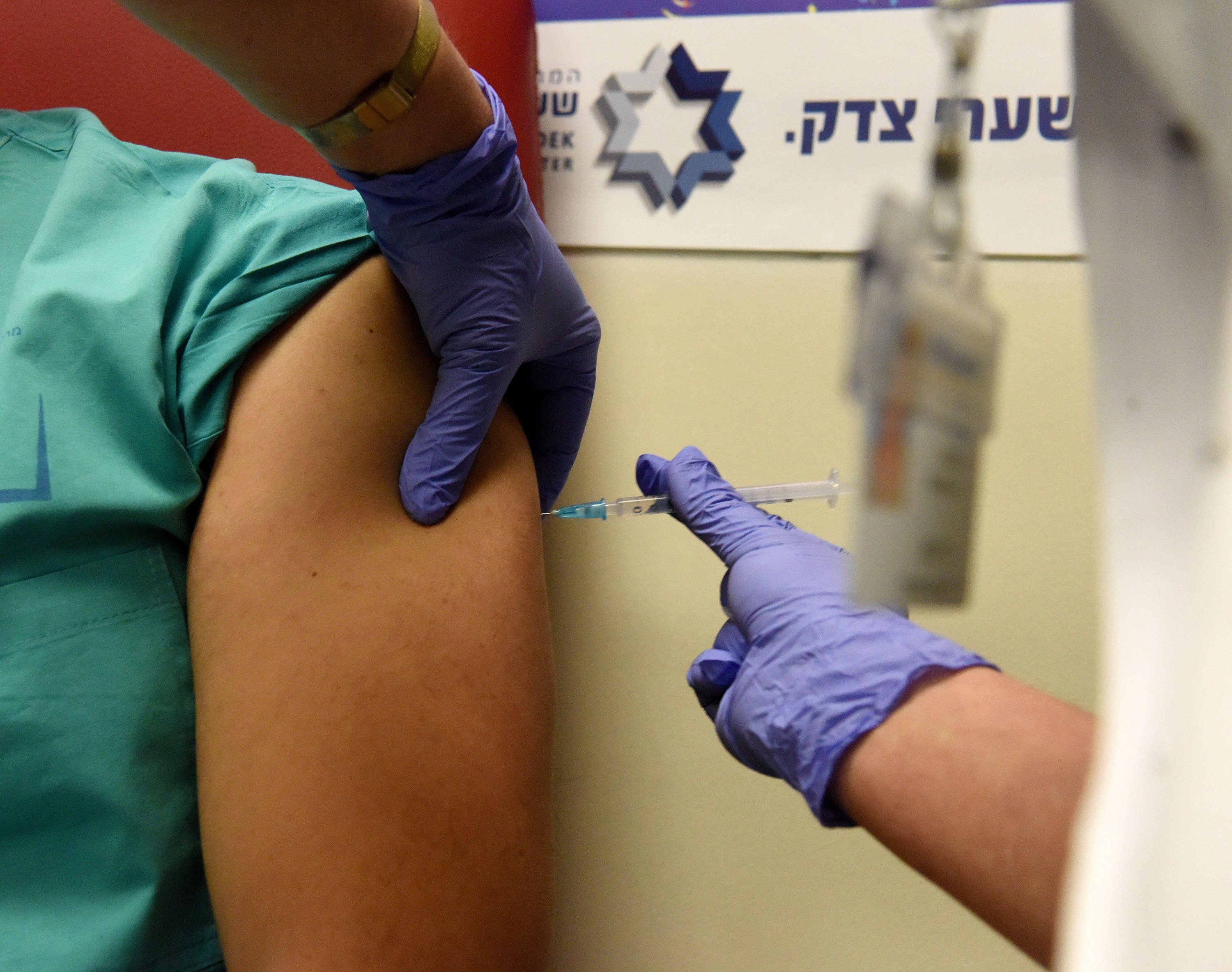 Confirmed infections have fallen 45% among the over-60s in IsraelCredit: Alamy Live News