FRENCH president Emmanuel Macron has warned that the coronavirus pandemic is likely to last until at least the summer of next year.

The comments came as France saw a record 52,010 cases of the virus in one day and outbreaks continue to worsen across Europe. 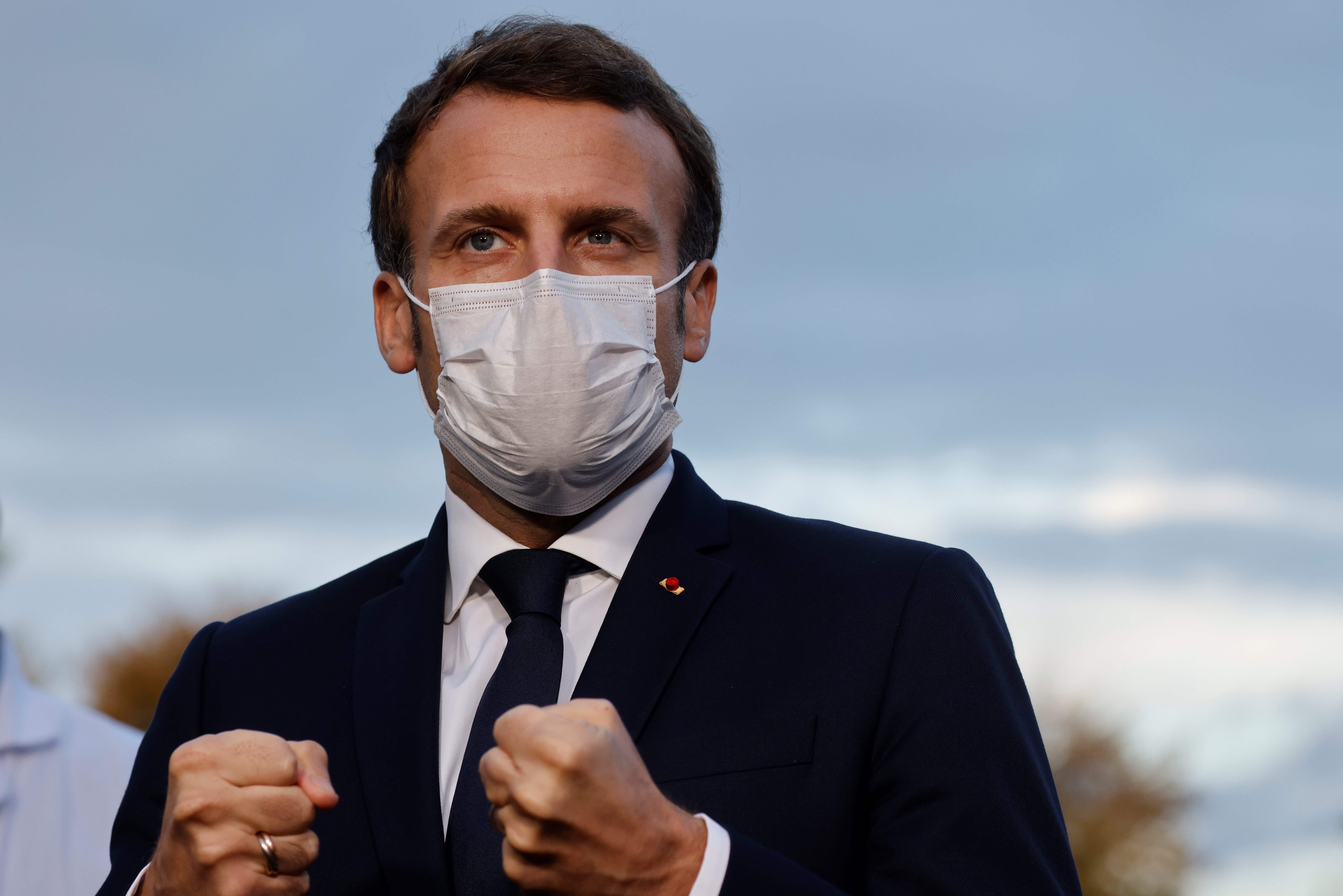 French president Emmanuel Macron has said the coronavirus pandemic is likely to last until at least the summer of next yearCredit: AFP or licensors 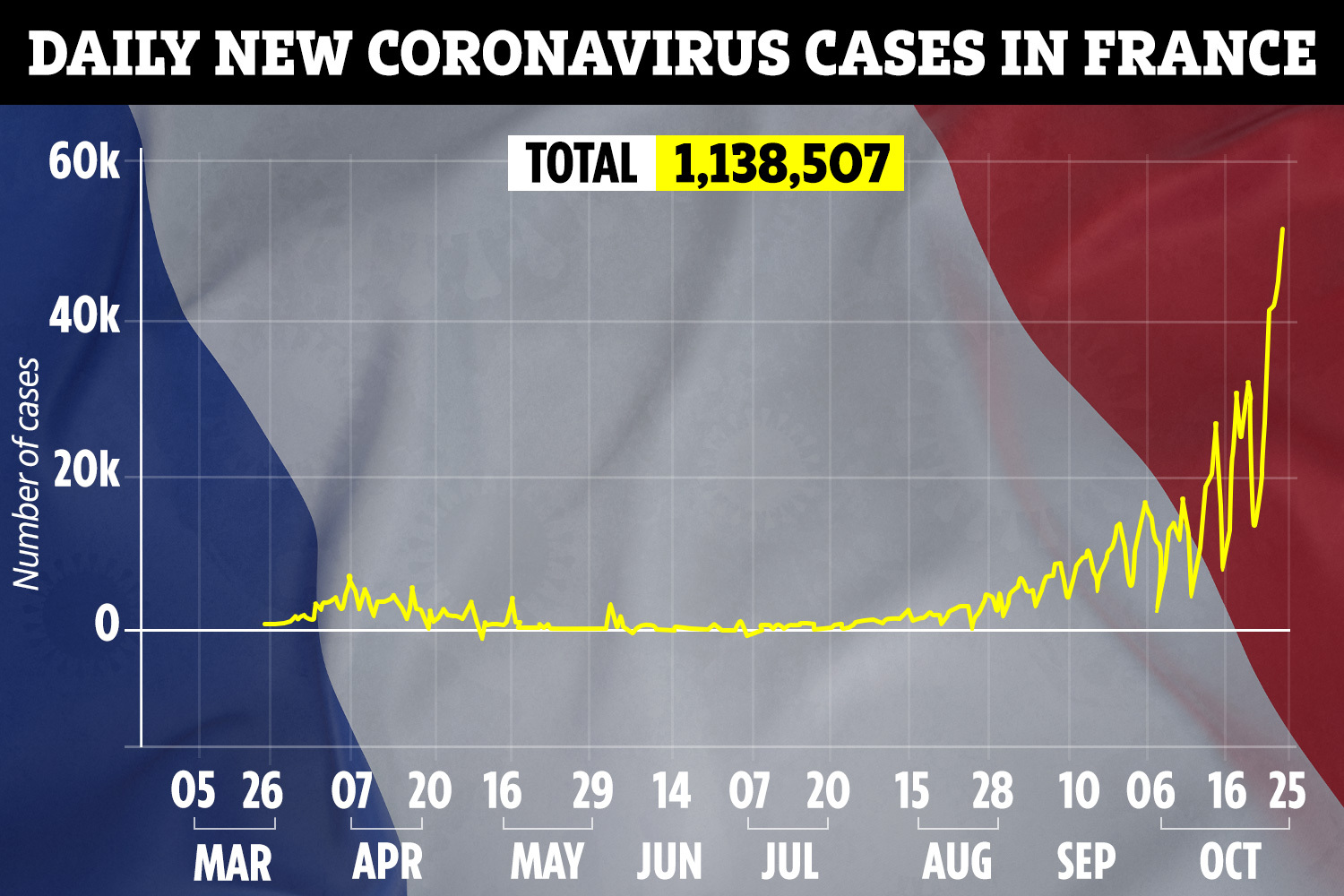 New cases in France fell dramatically through May and June but have risen again in recent months following the easing of lockdown measures.

The country has seen its total case count rise by more than 40,000 on each of the last four days.

Speaking on Friday during a visit to a health centre, Macron said: "When I listen to the scientists, and the Scientific Council, we foresee [living with the virus] at best until next summer."

He added that new restrictions could be necessary, but that he would aim to introduce them in a targeted way.

Friday saw a 9pm-6am curfew expanded to cover two thirds of the country.

The measure will affect 46million people and is currently set to stay in place for the next six weeks.

Macron has said it will be relaxed once the daily infection rate falls back to between 3,000 and 5,000.

Epidemiologist Arnaud Fontanet, an advisor to Macron's government, also said last week that the second wave of coronavirus was spreading faster than the first.

"The virus is circulating more quickly than in the spring," he said.

“And then there was one cold week in September and all the indicators went the wrong way again all over Europe.

“The virus spreads better in the cold because we live more inside.

"Hospitals and medical staff will find themselves in a situation they've already known.”

He added that France was “facing a difficult period”.

The Spanish government yesterday announced a second nationwide state of emergency following a spike in cases.

Spain has now recorded 1,110,372 since the start of the pandemic, making its outbreak the sixth-worst in the world.

The state of emergency, which took effect from last night, will require all regions except the Canary Islands to impose a nighttime curfew and limit social gatherings to six.

Travel between regions will also be banned.

It will initially last for two weeks, but Prime Minister Pedro Sanchez has called for parliament to approve its extension up to May 9.

The measure will need parliamentary approval to last beyond 15 days.

"We are living in an extreme situation. It is the most serious health crisis in the last century," Mr Sanchez told a news conference following a cabinet meeting.

Speaking on Tuesday, Spanish health minister Salvador Illa said: “The second wave is no longer a threat, it is a reality." 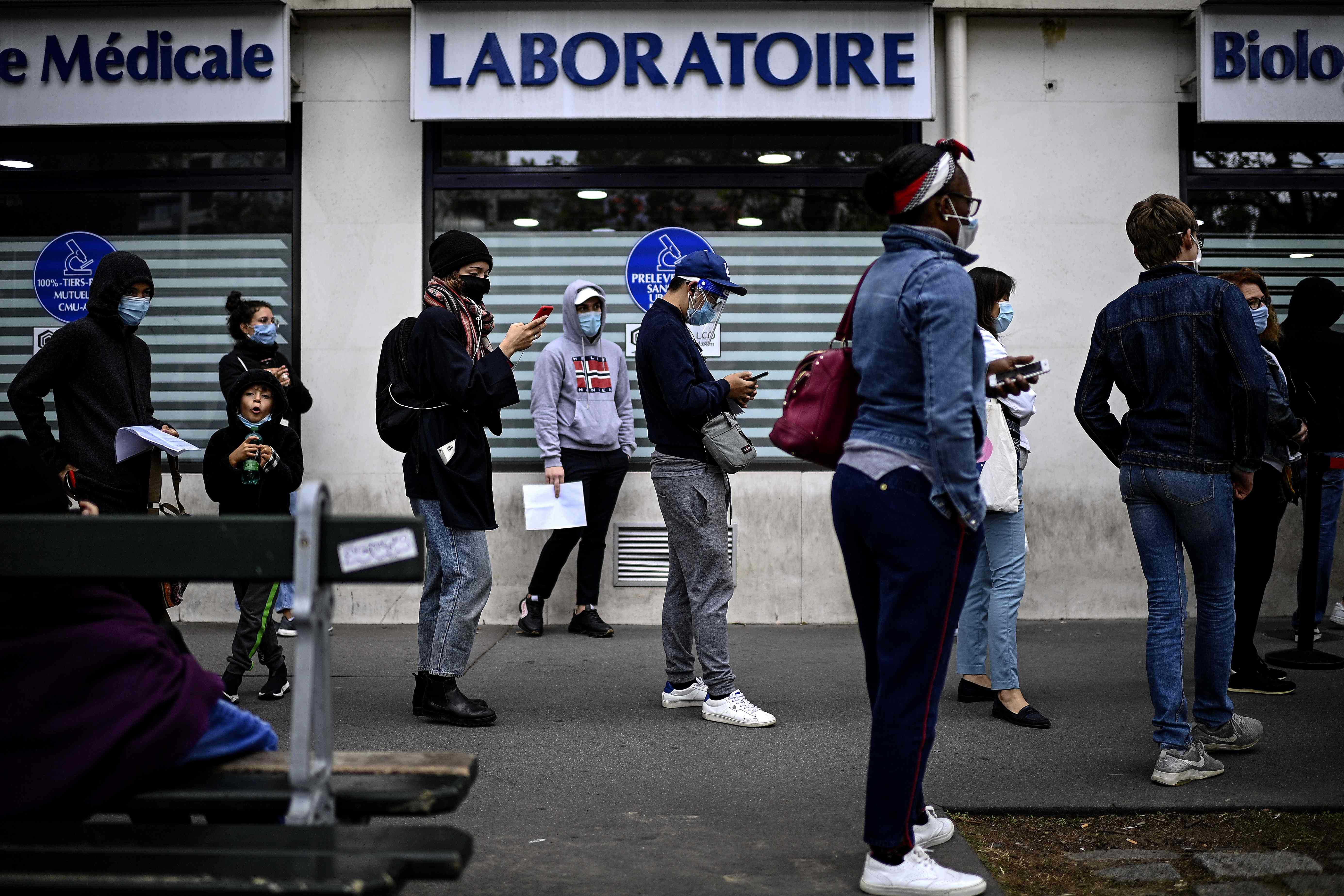 People queue to be tested for coronavirus in ParisCredit: AFP or licensors 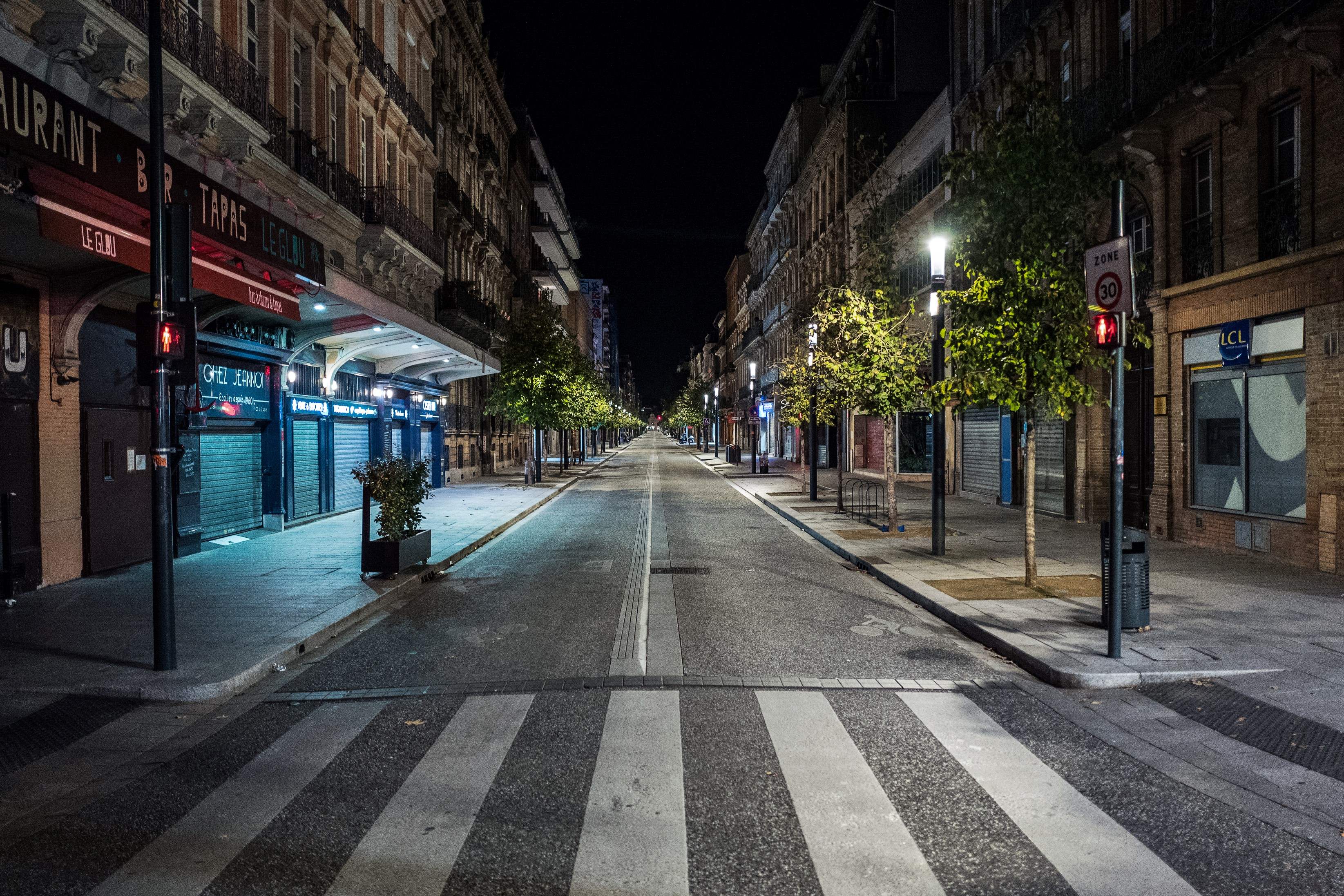 A nighttime curfew has now been introduced across two thirds of France Credit: AFP or licensors
Read Entire Article