DC police have released images of the Capitol rioter who they believe crushed a hero cop against a door as he screamed in a harrowing video.

Daniel Hodges, 32, was filmed being squeezed into a small gap between a door as he tried to hold off the rampant Donald Trump supporters storming Capitol Hill. 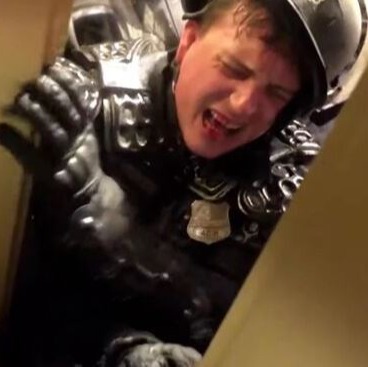 Daniel Hodges is crushed as he battles the mob at the CapitolCredit: DC Police 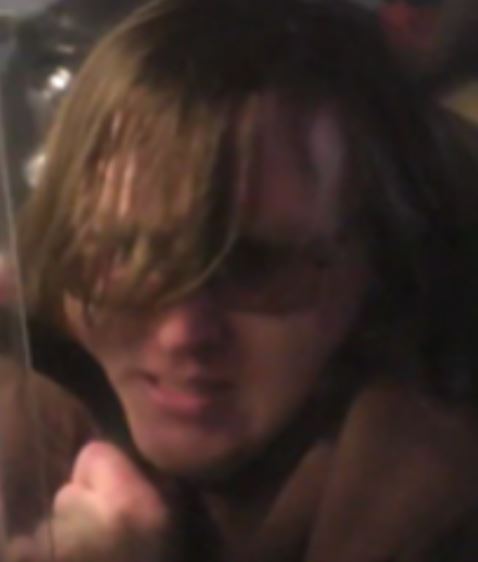 The man police have identified over the attack on HodgesCredit: DC Police 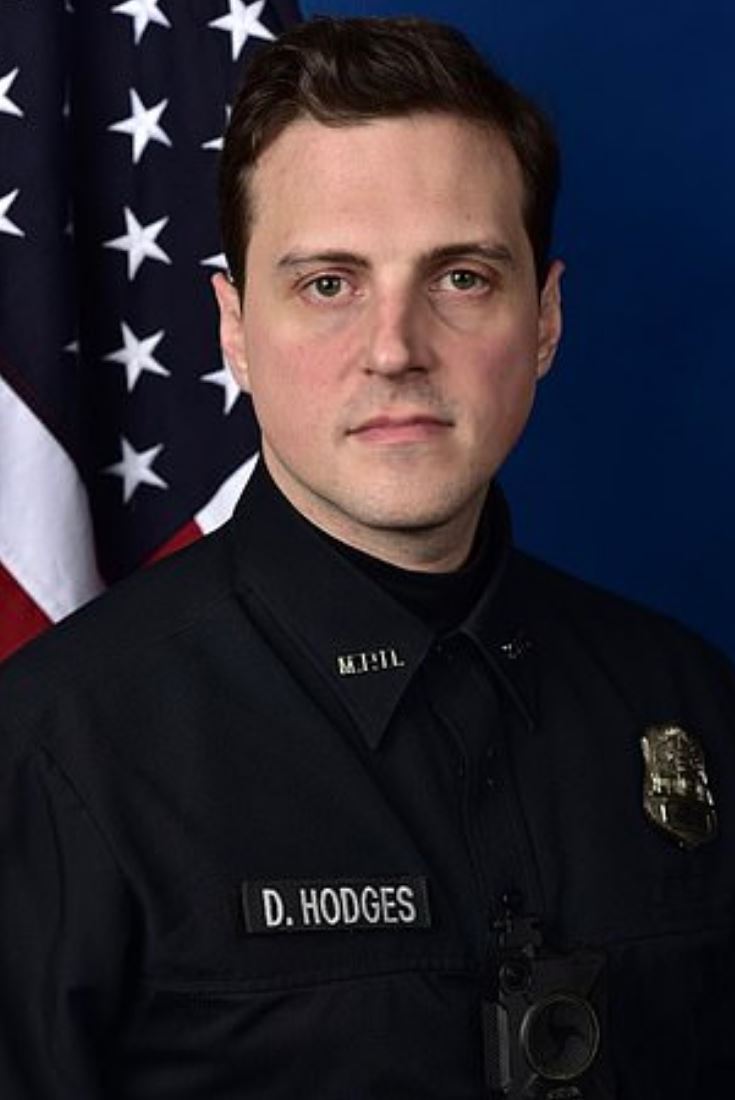 Daniel Hodges has spoken of his horrific ordeal - but said he would do it all again to protect the CapitolCredit: DC Police

Washington DC's Metropolitan Police Department have now released two pictures of the man they believe to be responsible for the horror crush.

"You’ve seen images of [Officer] Hodges crushed in the doorway during the insurrection at the US Capitol," the force said.

"Now we need your help finding the suspect who used a police shield to pin him against the door jam."

Photos released by the force show a man with long straight hair and glasses, and he is the latest rioter to be identified amid a nationwide manhunt.

The Department of Justice has opened 275 cases as arrests mount across the US.

Horrific video of Hodges with blood dripping from his mouth as he screams in pain has become one of the most infamous clips of the violence.

But the brave officer has said he would do it all again to protect the United States.

"If it wasn't my job, I would have done that for free. It was absolutely my pleasure to crush a white nationalist insurrection," Hodges told NBC.

"I'm glad I was in a position to help. We’ll do it as many times as it takes."

His gas-mask had been ripped off by rioters as one of them attempted to gouge out his eyes and another beat him with his own baton.

We were battling, you know, tooth and nail for our lives.

Hodges cried for help as the life is crushed out of him amid carnage which resulted in the death of Capitol officer Brian Sicknick and four of the mob.

Cops managed to push through the chaos and rescue him, and Hodges has said he couldn't risk turning his gun on the mob to save himself as he feared further bloodshed.

Some 15,000 rioters stormed the building as they faced off against fewer than 1,000 cops, leaving the officers hopelessly outnumbered - and Hodge says outgunned. 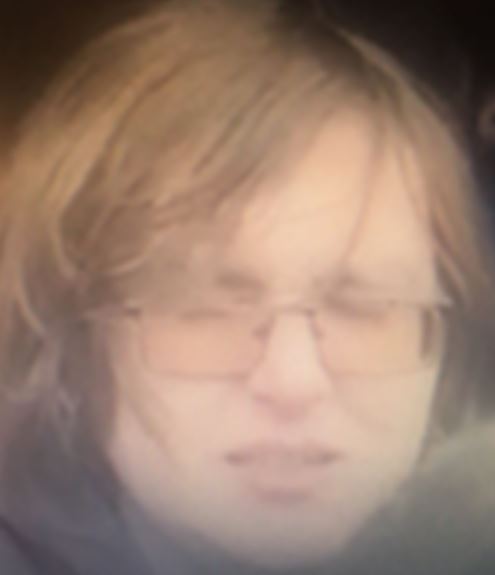 "I didn't want to be the guy who starts shooting, because I knew they had guns — we had been seizing guns all day," he told The Washington Post.

"And the only reason I could think of that they weren't shooting us was they were waiting for us to shoot first.

"And if it became a firefight between a couple hundred officers and a couple thousand demonstrators, we would have lost."

He told ABC: "We were battling, you know, tooth and nail for our lives.

"That was one of the three times that day where I thought: Well, this might be it. This might be the end for me."

Speaking to WAMU, he added: "I had conspiracy theorists and everyone you could think of yelling at me, saying, 'Why are you doing this, you're the traitor'.

"We're not the traitors. We're the ones who saved Congress that day, and we'll do it as many times as necessary." 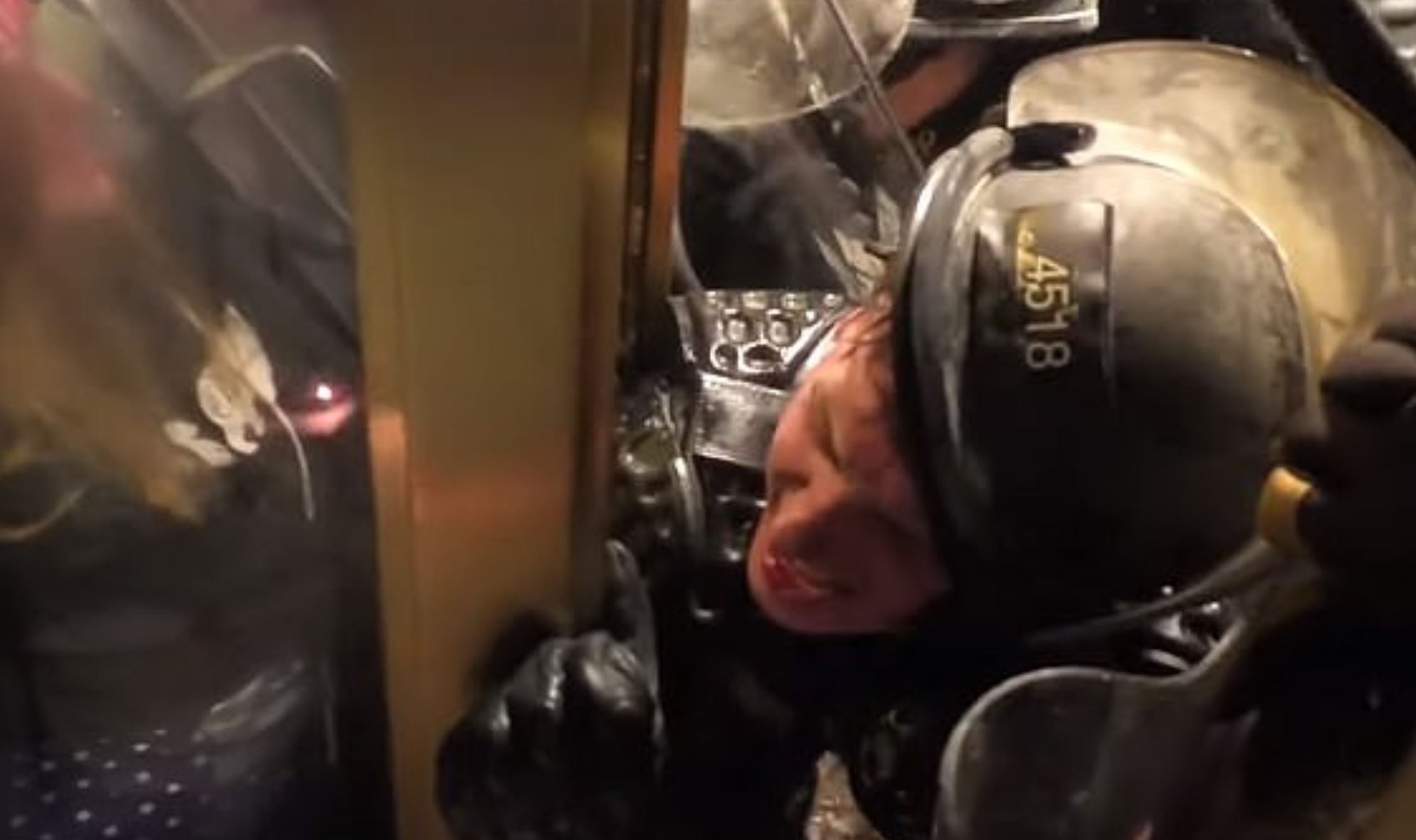 Hodges was crushed during the melee by a sea of rioters 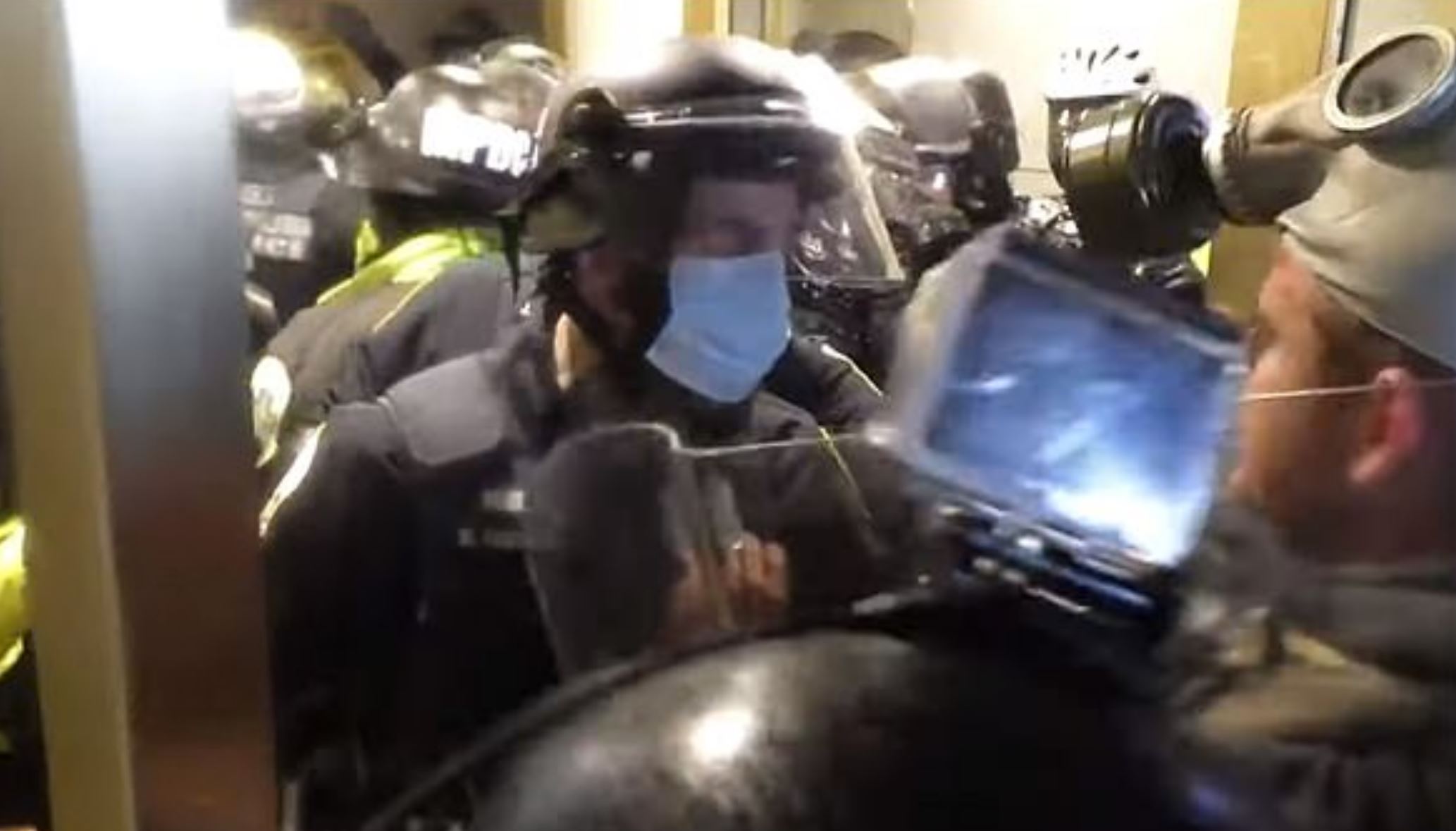 Many officers were injured as rioters attempted to enter the Capitol

Cops and the FBI have launched a massive crackdown on the Capitol rioters amid fears of further violence ahead of Joe Biden's inauguration.

The mob stormed the building as Congress was certifying the votes for Biden on January 6.

President Donald Trump has been impeached as he was accused of inciting the riot during a speech nearby in which he urged the crowd to march on the Capitol.

Ten Republicans sided with the Democrats in the House, but many GOP members have warned the proceedings will only sow further division.

Trump has denied allegations that he played any role in the violence, and has since repeatedly called for peace.

The President has spent the months repeatedly spreading baseless claims that votes were stolen from him in a wide-ranging conspiracy executed by the Democrats.

Fears of more rioting ahead of Biden's inauguration loom large as the Capitol has been flooded with National Guard troops, while the FBI warned of further "armed protests". 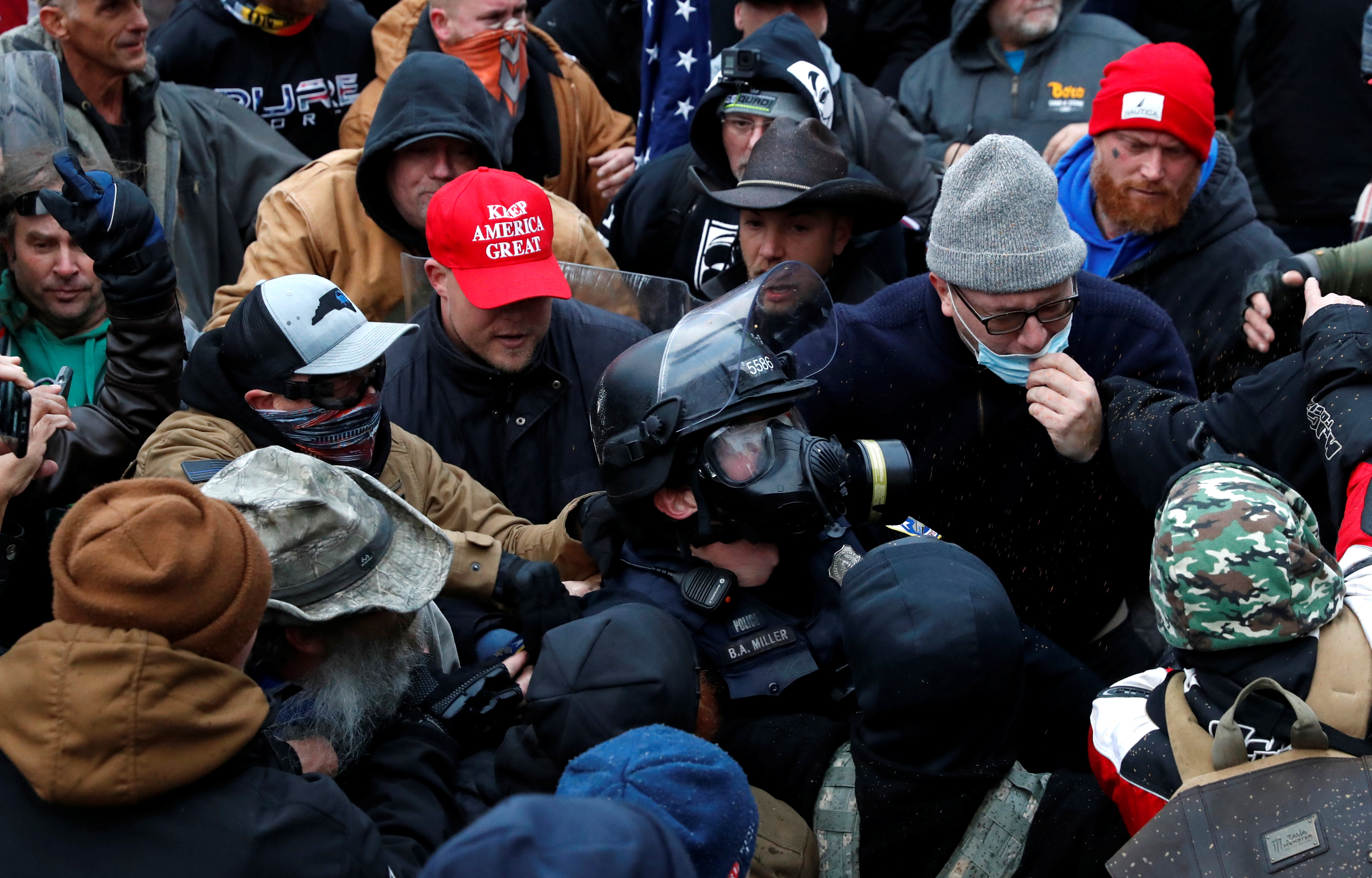 Rioters outnumbered the police some 15 to one during the chaosCredit: Reuters 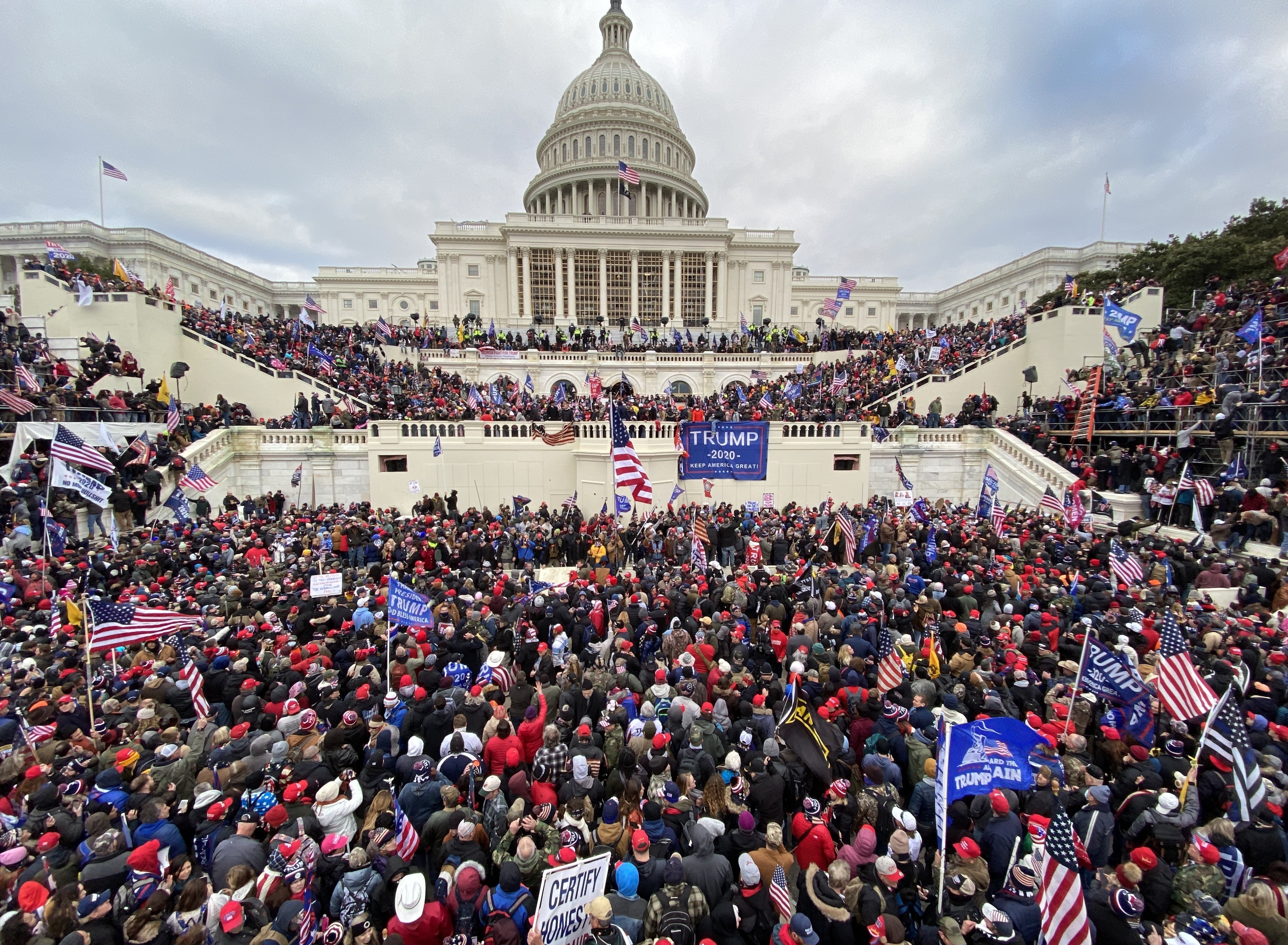 Trump has denied any role in stoking the mobCredit: Getty Images - Getty

Some five dozen Metropolitan Police officers were injured during the Capitol assault, suffering wounds such as “bruised and sprained limbs, concussions, and irritated lungs".

Officer Michael Fanone, 40, detailed how he was knocked down, beaten with pipes torn off nearby scaffolding, and tased with his own stun gun as he fought off the mob.

"Some guys started getting a hold of my gun and they were screaming out, 'Kill him with his own gun,'" said the cop who has served for almost 20 years.

Fanone, a father of four, quickly realized he had no control over the situation and said it crossed his mind to use deadly force, but he thought he’d be killed if he did.

"The other option I thought of was to try to appeal to somebody’s humanity,” he told CNN.

“It was all about self-preservation...I appealed to their humanity...I just remember yelling out I have kids."

That strategy turned out to be effective he said when a group within the mob circled the officer to protect him until backup arrived, Fanone recalled.

"Thank you, but f*** you for being there," Fanone said of the people who saved his life in that moment. 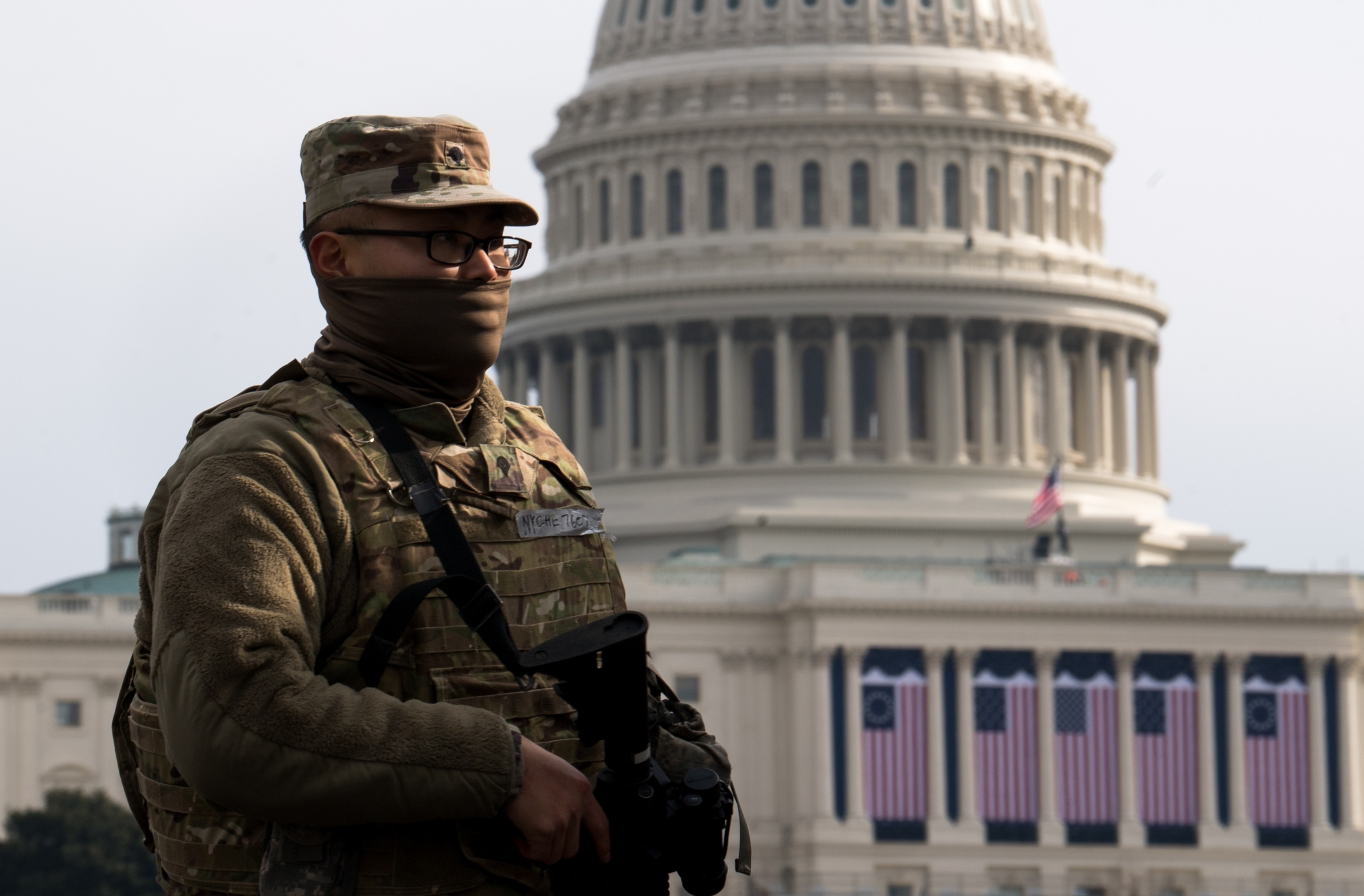 National Guard troops are now protected the US Capitol ahead of January 20Credit: Getty Images - Getty

FBI Director Christopher Wray said that the bureau has made more than 100 arrests so far, and that more than 200 suspects have been identified.

Rioters picked up this week included Peter Stager, from Arkansas, who allegedly battered a cop with an American flag and said "everyone" inside the Capitol was a "treasonous traitor".

Stager was reportedly part of a mob that grabbed a police officer who was guarding the entrance to the Capitol and pulled him down a flight of stairs.

Also arrested were Kevin and Hunter Seefried, a father and son pair from Delaware who turned themselves into authorities - with the elder Seefried seen carrying around a Confederate flag during the chaos.

Jenna Ryan, who live-streamed the insurrection after flying to DC on a private jet has also been arrested by the FBI.

Ryan, a radio host and realtor based in Frisco, Texas, bragged about her journey and involvement in the riot on social media.

“We just stormed the capital. It was one of the best days of my life,” the supporter of President Donald Trump tweeted.

Chilling details continue to emerge about the violence which is feared to potentially been a massacre as the FBI warn the riot may have been an "inside job".

Washington beefs up security ahead of Biden's Inauguration Day