The allegations against Shane Taylor, 51, were made in a lawsuit filed last week by a former paralegal at the offices of his firm in Spanish Fort, Alabama. 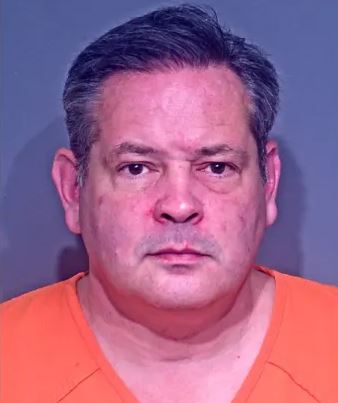 Shane Taylor, 51, is accused of a range of sexual harassment by a former employeeCredit: Baldwin County Jail

The details of the suit were reported following Taylor's arrest on Thursday over separate allegations of domestic violence.

In the suit, the former employee alleges a range of sexual harassment by Taylor.

She claims that he once pinned her up against a desk while groping her breasts and buttocks.

Taylor hasn't yet been charged over the claims, but in the suit he accused of sexual assault, battery, and invasion of privacy, WKRG reports.

Taylor was arrested on January 14 in connection with allegations of domestic violence made by a different person.

According to Taylor's website, he enlisted in the army before working as an officer in the Birmingham Police Department for more than ten years.

He is also listed as the author of a book about the impact on online privacy of the war on drugs.