DONALD Trump hinted he may SACK long-serving Dr Anthony Fauci during a midnight rally in Florida.

Speaking to supporters, the president cast serious doubt on the future of America’s top infectious disease expert if he goes on to win the election. 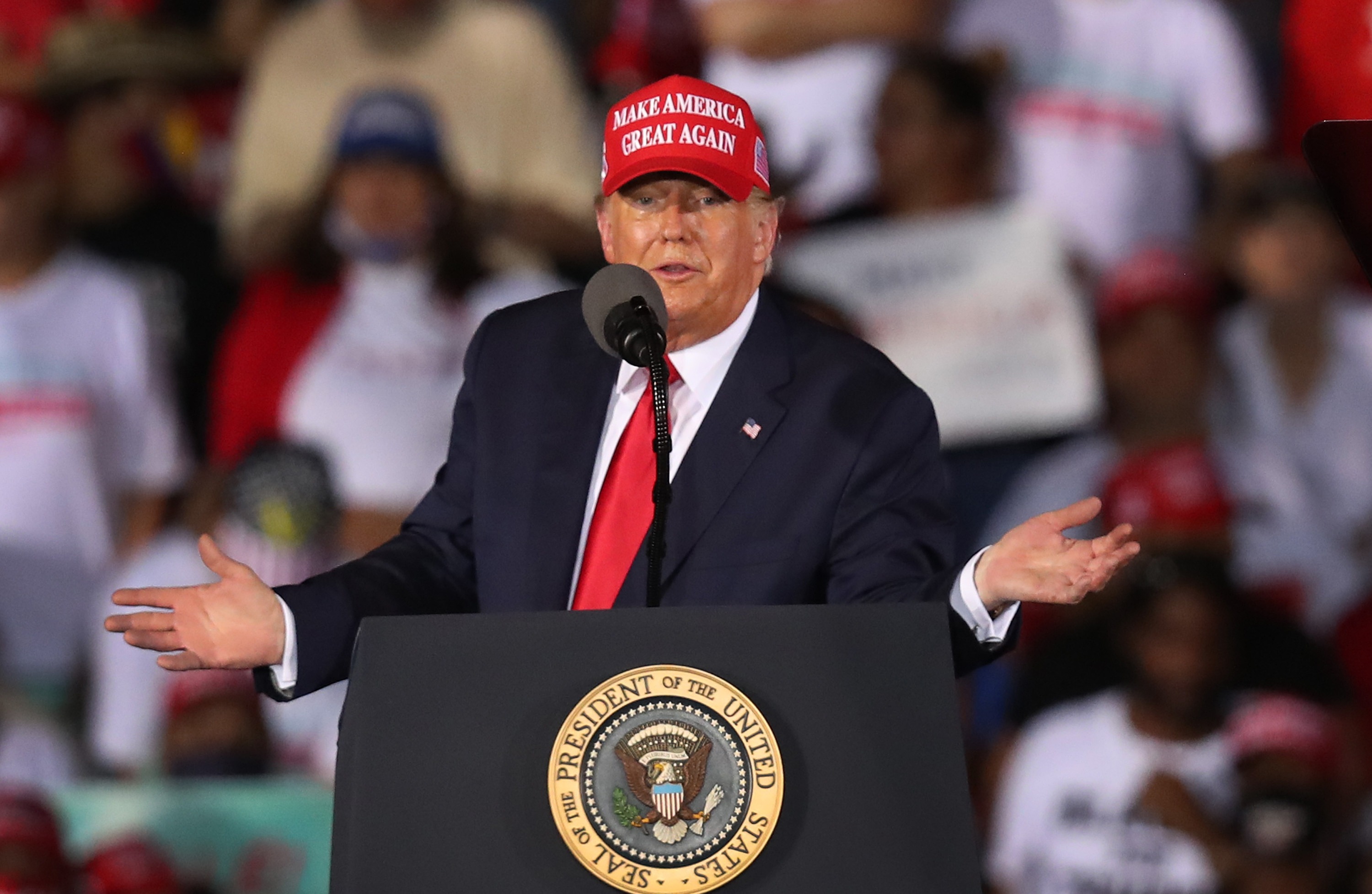 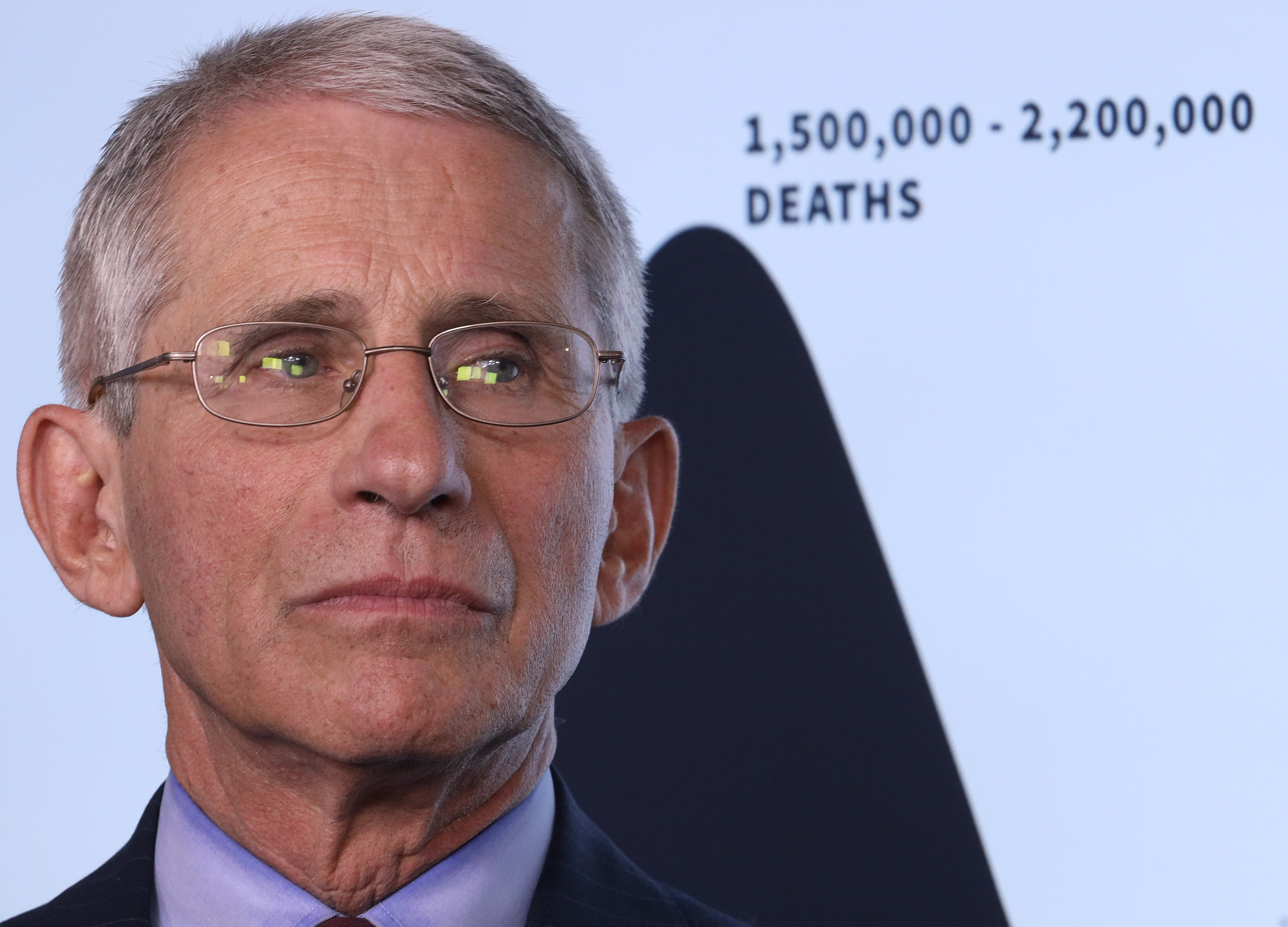 The expert has grown outspoken about Trump ignoring his advice for containing the coronavirusCredit: Getty Images - Getty

Fauci has served for more than three decades as the director of the National Institute of Allergy and Infectious Diseases.

However, as crowds at Miami Opa-Locka airport chanted "Fire Fauci”, Trump replied: “Don’t tell anybody, but let me wait until a little bit after the election.

His warning came as the U.S. sees its most alarming outbreak of the coronavirus since the spring.

Trump also expressed frustration that the surging cases of the virus - that has killed more than 230,000 Americans - remains so prominent in the news.

Trump's comments on Fauci are the most direct he has been in suggesting he is serious about trying to remove Fauci from his position. 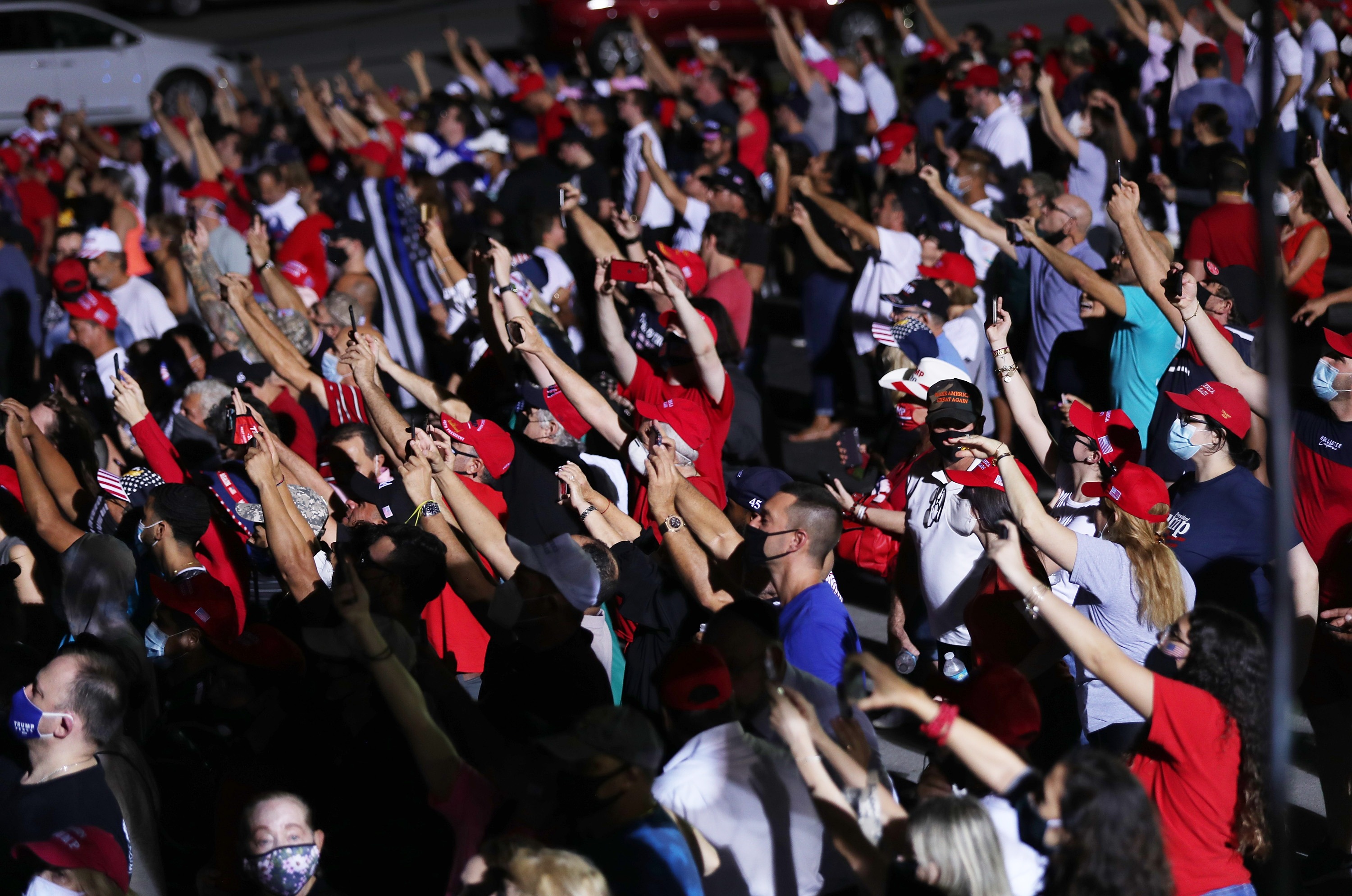 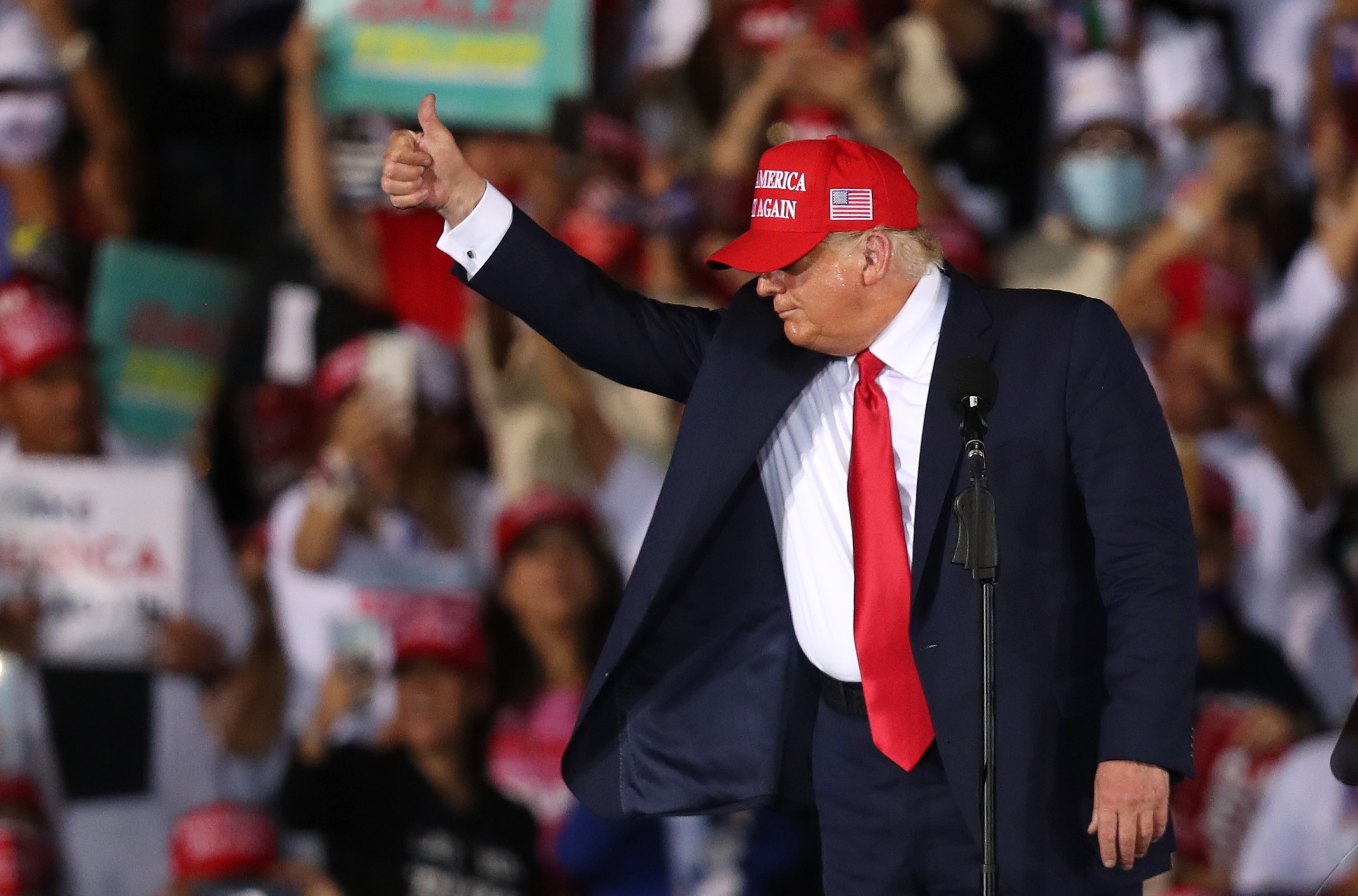 Trump hit out after Fauci leveled his sharpest criticism yet of the White House's response to the coronavirusCredit: Getty Images - Getty

He has previously expressed he was concerned about the political blowback of firing the popular and respected doctor before Election Day.

Trump hit out after Fauci leveled his sharpest criticism yet of the White House's response to the crisis and Trump's claims the nation is turning the corner on the virus.

Fauci has grown outspoken that Trump has ignored his advice for containing the virus, saying he hasn't spoken with the president in more than a month.

He has raised alarm that the nation was heading for a challenging winter if more isn't done soon to slow the spread of the disease.

In an interview with the Washington Post at the weekend, Fauci warned the U.S. has problems ahead.

"We're in for a whole lot of hurt. It's not a good situation," Fauci said.

"All the stars are aligned in the wrong place as you go into the fall and winter season, with people congregating at home indoors.

"You could not possibly be positioned more poorly."

He then declared that Joe Biden's campaign was taking the pandemic "seriously from a public health perspective. 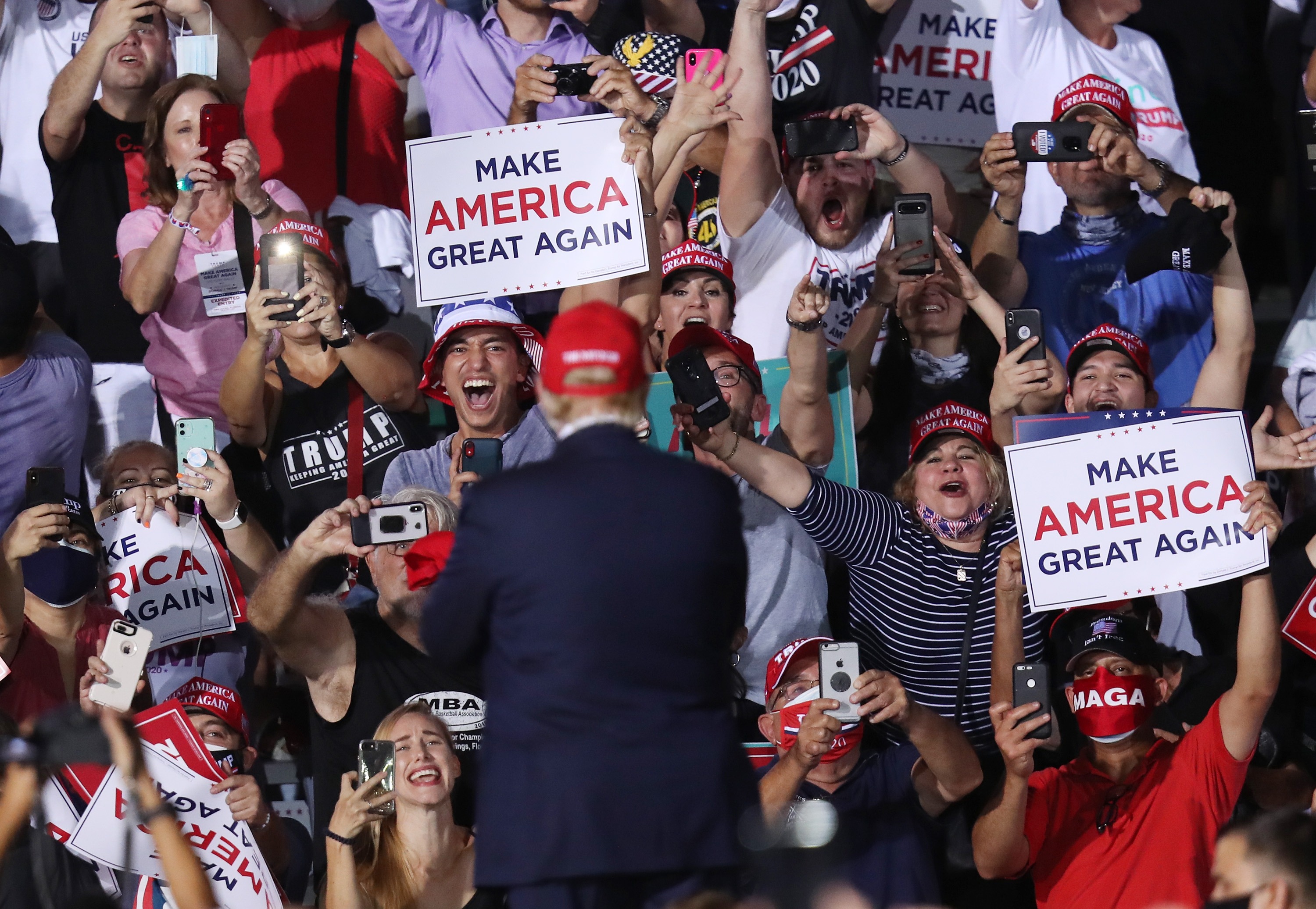 Trump's warning came as the U.S. sees its most alarming outbreak of the coronavirus since the springCredit: Getty Images - Getty 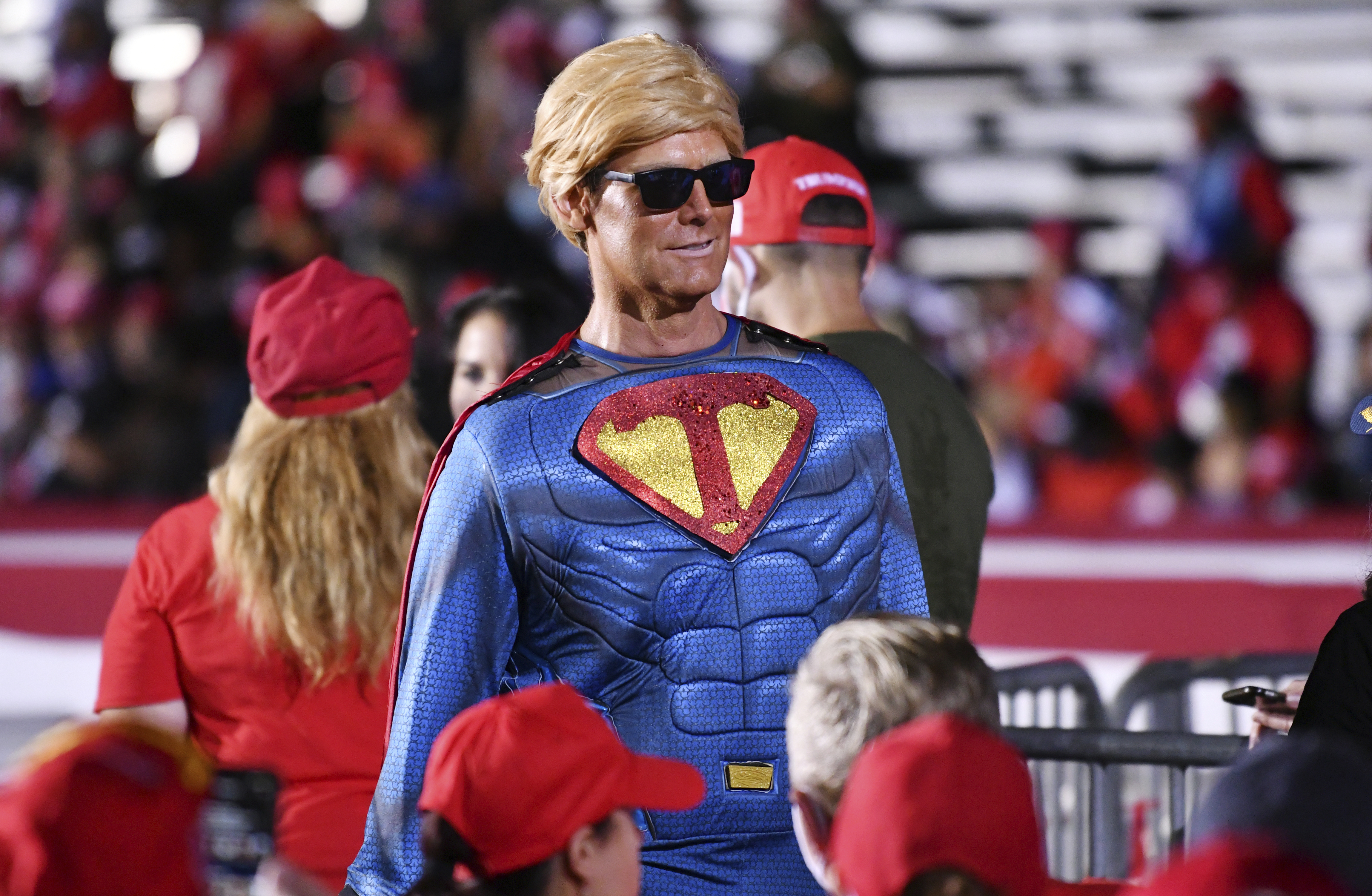 Deere added Fauci has a duty to express concerns or push for a change in strategy but instead is choosing to criticize the president in the media and make his political leanings known.

Trump has recently stepped up his attacks on Biden for pledging to heed the advice of scientists in responding to the pandemic.

He has claimed his rival would lock down the nation once again if he wins the election..

The Democrat hopeful has promised to heed the warnings of Fauci and other medical professionals but has not endorsed another national lockdown.

Trump has recently relied on the advice of Stanford doctor Scott Atlas, who has no prior background in infectious diseases or public health, as his lead science adviser on the pandemic.

Atlas has been a public skeptic about mask wearing and other measures widely accepted by the scientific community to slow the spread of the virus.

Other members of the White House coronavirus task force have grown increasingly vocal about what they see as a dangerous fall spike in the virus.

Trump's aggressive approach to Fauci carries some risks this close to Election Day,

A Kaiser Family Foundation poll in September showed 68 per cent of Americans have a great deal or a fair amount of trust in Fauci to provide reliable information on the coronavirus.

That compares with 52 per cent of Americans who trusted Biden to do that and 40 per cent for Trump.