DONALD Trump is plotting revenge against the ten Republicans who voted to impeach him as he faces a potential criminal probe in Georgia.

The President reportedly was briefed by aides on Wednesday afternoon as he plans political punishment for the GOP members who sided with the Democrats.

Read our Donald Trump live blog for the very latest news on the President... 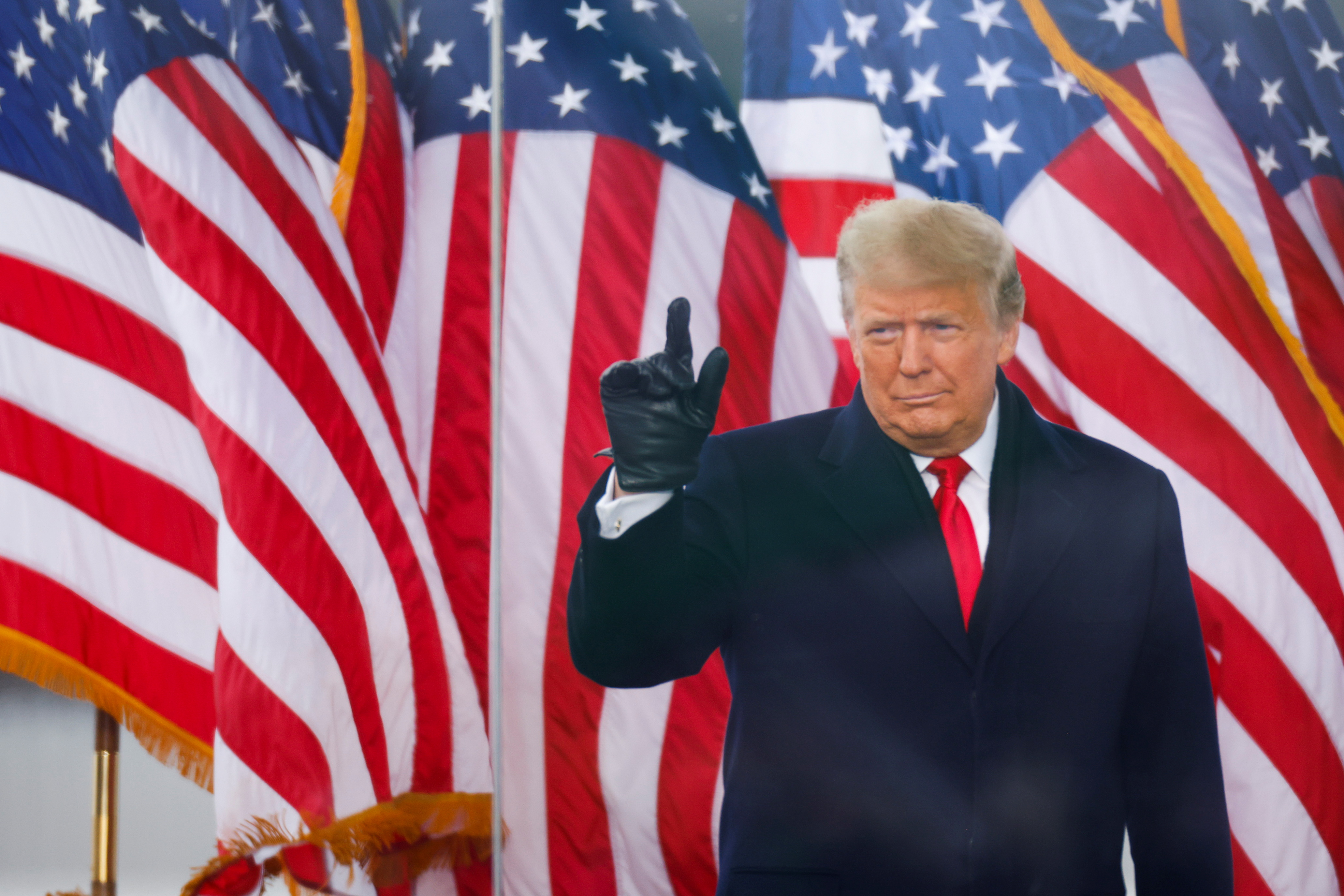 Meanwhile, it is reported prosecutors in Georgia are preparing to open a criminal investigation into Trump over his efforts to overturn the results from the 2020 election.

Trump is facing a chaotic final few days in office ahead of Joe Biden's inauguration on January 20 after his efforts to secure himself a second term failed and appeared to end with the riot at the Capitol.

Legal challenges against him are mounting after he spent months claiming - without evidence - that the election had been stolen from him in an elaborate multi-state conspiracy involving hundreds of thousands of votes.

The President however is remaining defiant to the end as its reported he will leave Washington DC with a large send off and will refuse to the attend Biden's inauguration.

He may yet be drawn back however has the Democrats are attempting to impeach him even after he's left office - making him the first President to be impeached twice - despite Biden's calls for the country to unite.

Some ten Republicans voted to impeach him, the most ever to cross a party line on such a vote, and Trump is now considering how to get back at them, reports the Wall Street Journal.

The breakaway group voted to impeach him on a single count of inciting an insurrection as critics accuse him to setting the mob on the Capitol during the process to certify election votes on January 6.

Trump summoned his aides to brief him on the ten rebels as he demanded to know "whether he had ever done anything for them".

He also inquired who might run against them when they face re-election in two years time as he may seek to have them de-selected.

Trump is expected to remain a powerful figure in the Republican party after he managed to gather a huge base of loyal supporters - despite a wave of fresh criticism from GOP grandees following the riot at the Capitol. 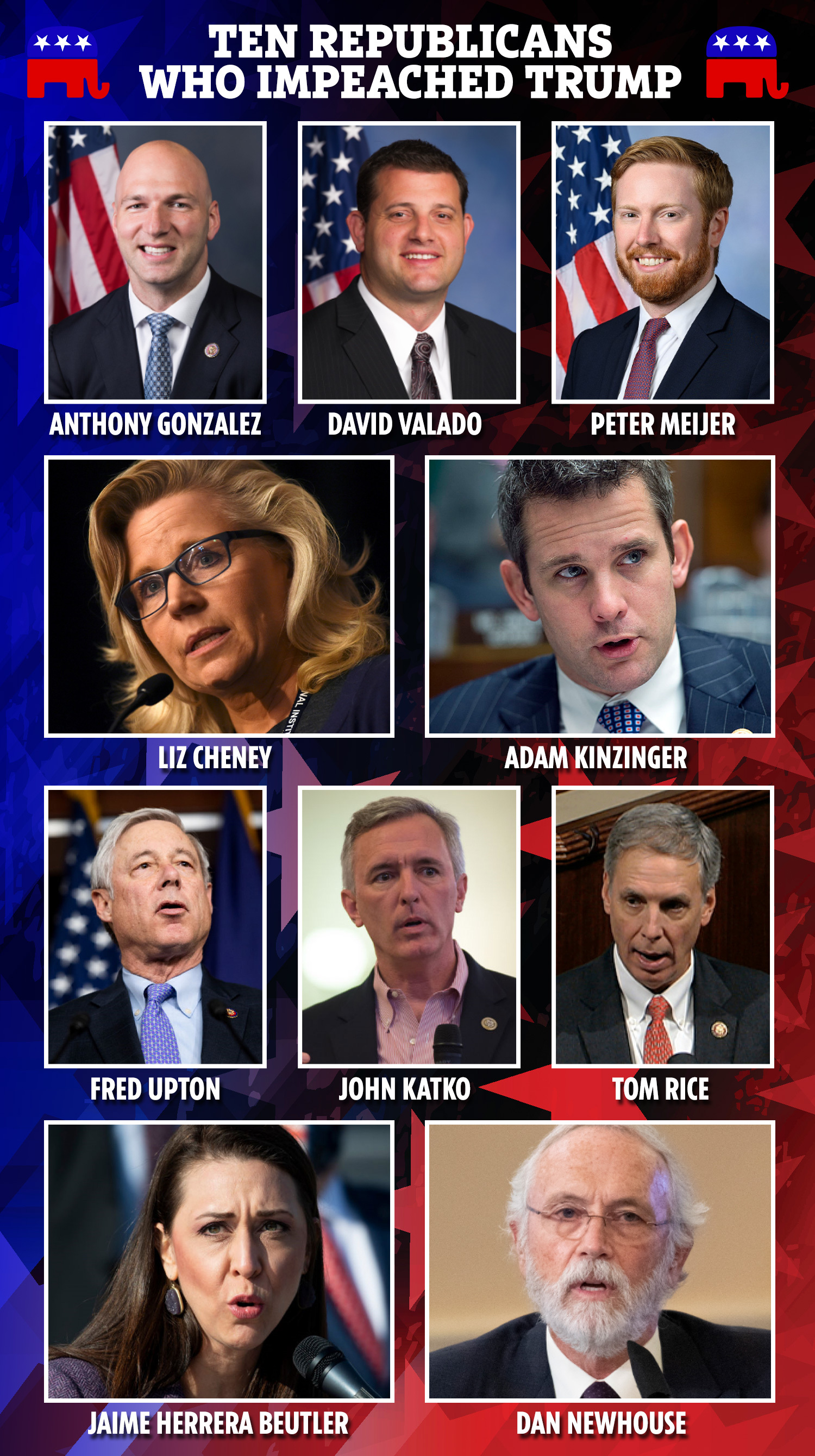 After losing control of the House, the Senate and the White House, the Republicans are facing the task of rebuilding going into the 2022 mid-terms and the 2024 election.

It is likely there will be a split between the more traditional groups and pro-Trump loyalists, with the former reality TV star and his family's future in the party likely to be determined in the coming months.

At least 17 Republicans senators would have to turn against Trump to convict him in an impeachment trial, and its been suggested as many as 20 are open to the idea.

The Senate could also bar Trump from ever holding public office again, which may temper his influence within the GOP.

And other potential legal challenges over his bid to overturn the election despite not having any evidence could also impact his power going into 2024.

Trump focused on Georgia in the final days ahead of Biden's certification and received widespread criticism after a phone call emerged in which he attempted to pressure electoral officials to "find" him votes. 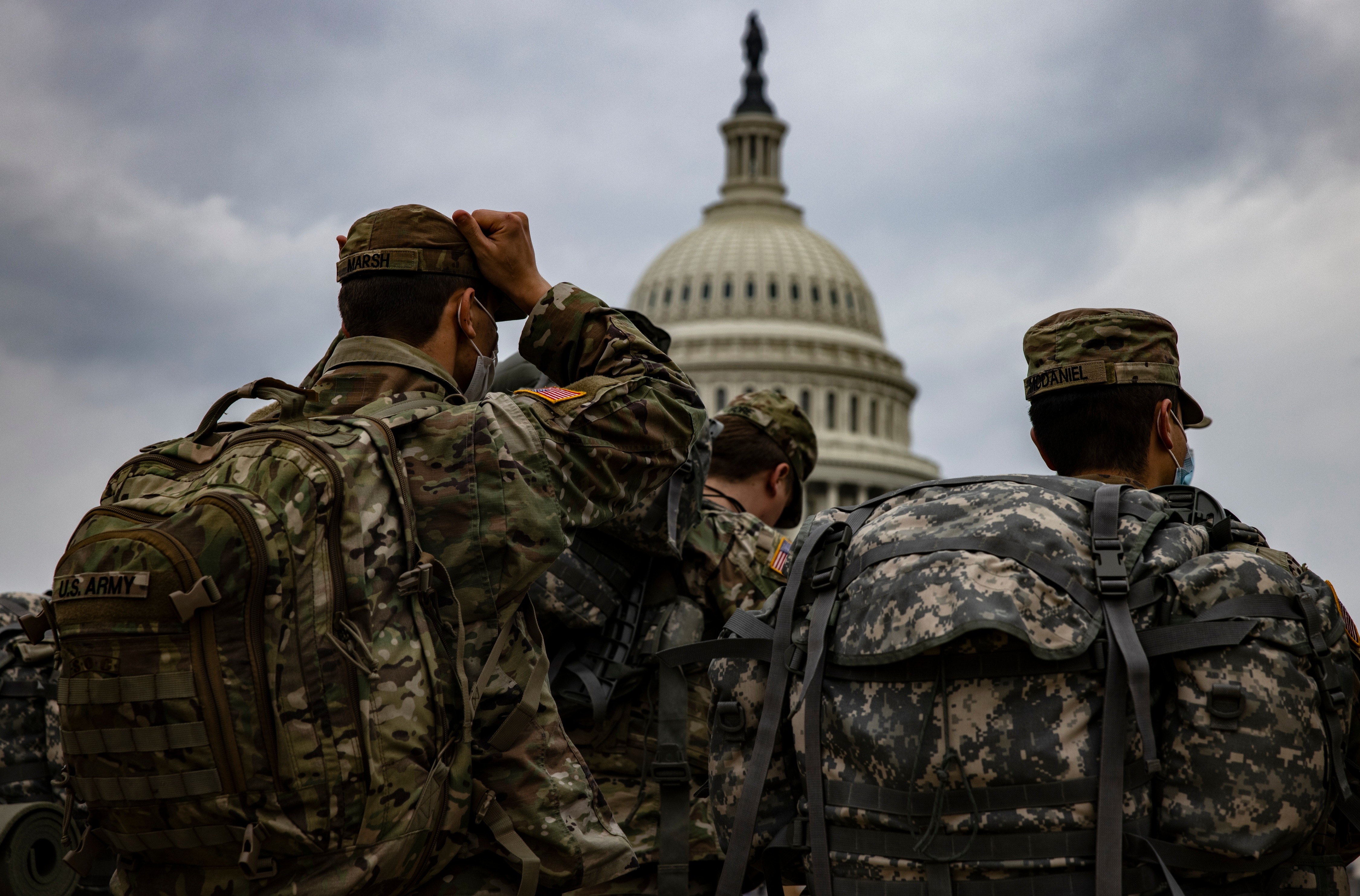 Michael J. Moore, the former United States attorney for the Middle District of Georgia, said: "If you took the fact out that he is the president of the United States and look at the conduct of the call, it tracks the communication you might see in any drug case or organized crime case

Moore said he believed there had been “a clear attempt to influence the conduct of the secretary of state, and to commit election fraud, or to solicit the commission of election fraud.”

It is thought Georgia may pursue Trump on solicitation to commit election fraud, conspiracy charges and a misdemeanor for obstruction of the "performance of election duties".

The offenses could be beyond his federal pardon power should the inquiry materialize.

New York prosecutors are already pursuing Trump in a criminal fraud inquiry into his finances, and it has been suggested the Biden Administration could revive Special Counsel Robert Mueller’s investigation.

The Mueller Report spelled out 10 times in which the president may have obstructed justice – but did not recommend criminal charges at the time. 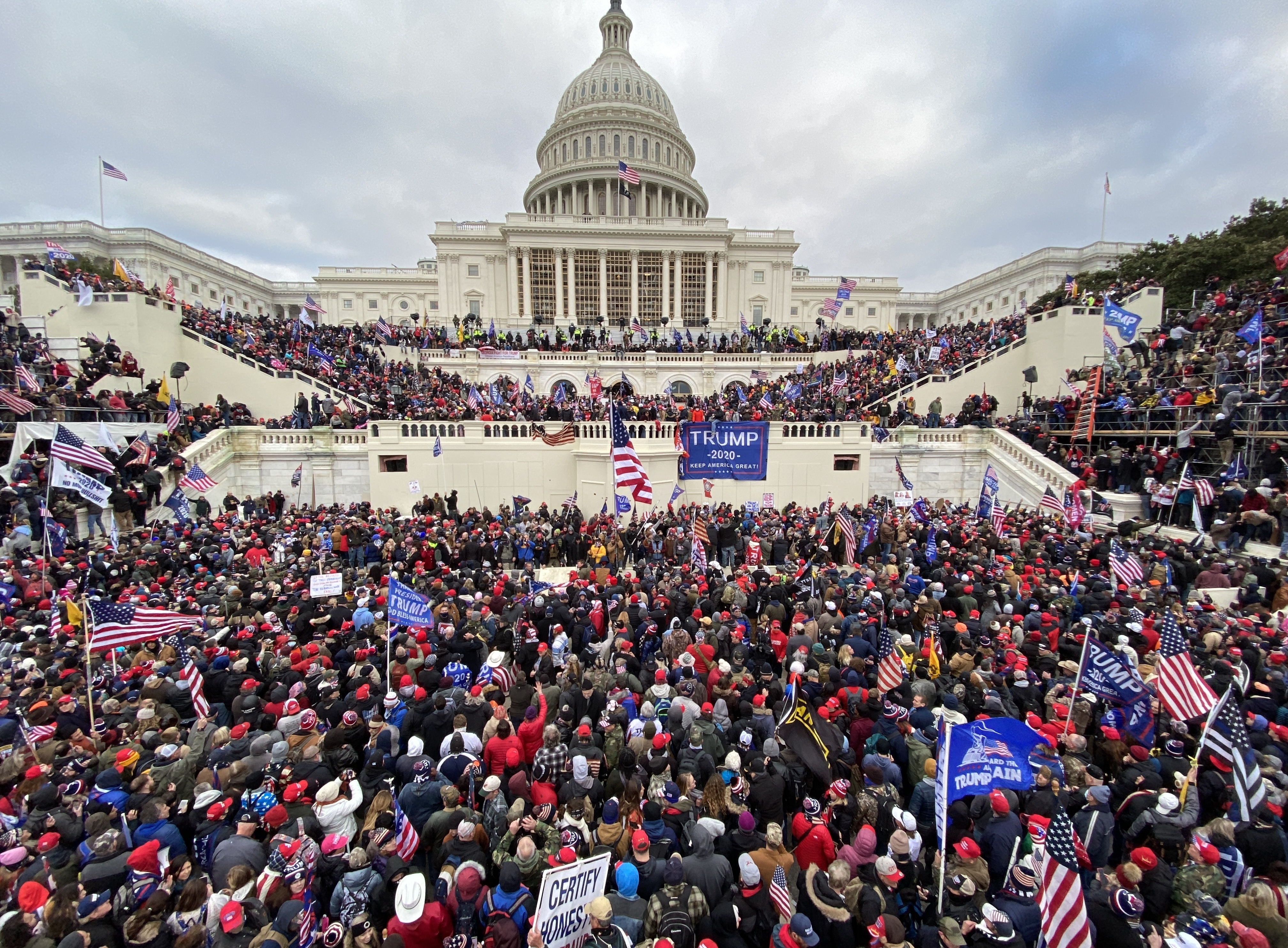 Washington DC and a number of other states have placed their Capitols on lockdown amid fears of further violence.

Unprecedented numbers of National Guard troops have been stationed in DC as the FBI warned for "armed protests" in the days ahead of Biden's inauguration.

Trump has called for peace - despite refusing to concede or admit the election wasn't rigged - as he blasted the violence on January 6.

"I unequivocally condemn the violence that we saw last week," Trump said.

"Making America great again has always been about defending the rule of law, supporting the men and women of law enforcement and upholding our nation's most sacred traditions and values."

Trump has since been banned from Twitter and many other social media platforms as outrage grows amid allegations he incited the mob.

Chilling details continue to emerge about the violence - which left five dead, including a cop - as the FBI fear it may have been an "inside job".

Washington beefs up security ahead of Biden's Inauguration Day