Family share harrowing pics of gran, 90, after she was ‘sexually assaulted and beaten by fellow care home resident’

A FAMILY has shared harrowing images of their grandmother after she was allegedly sexually assaulted and beaten by another resident at a care home.

A grandson, 41, shared the shocking images of his 90-year-old grandmother for the first time since her ordeal last November. 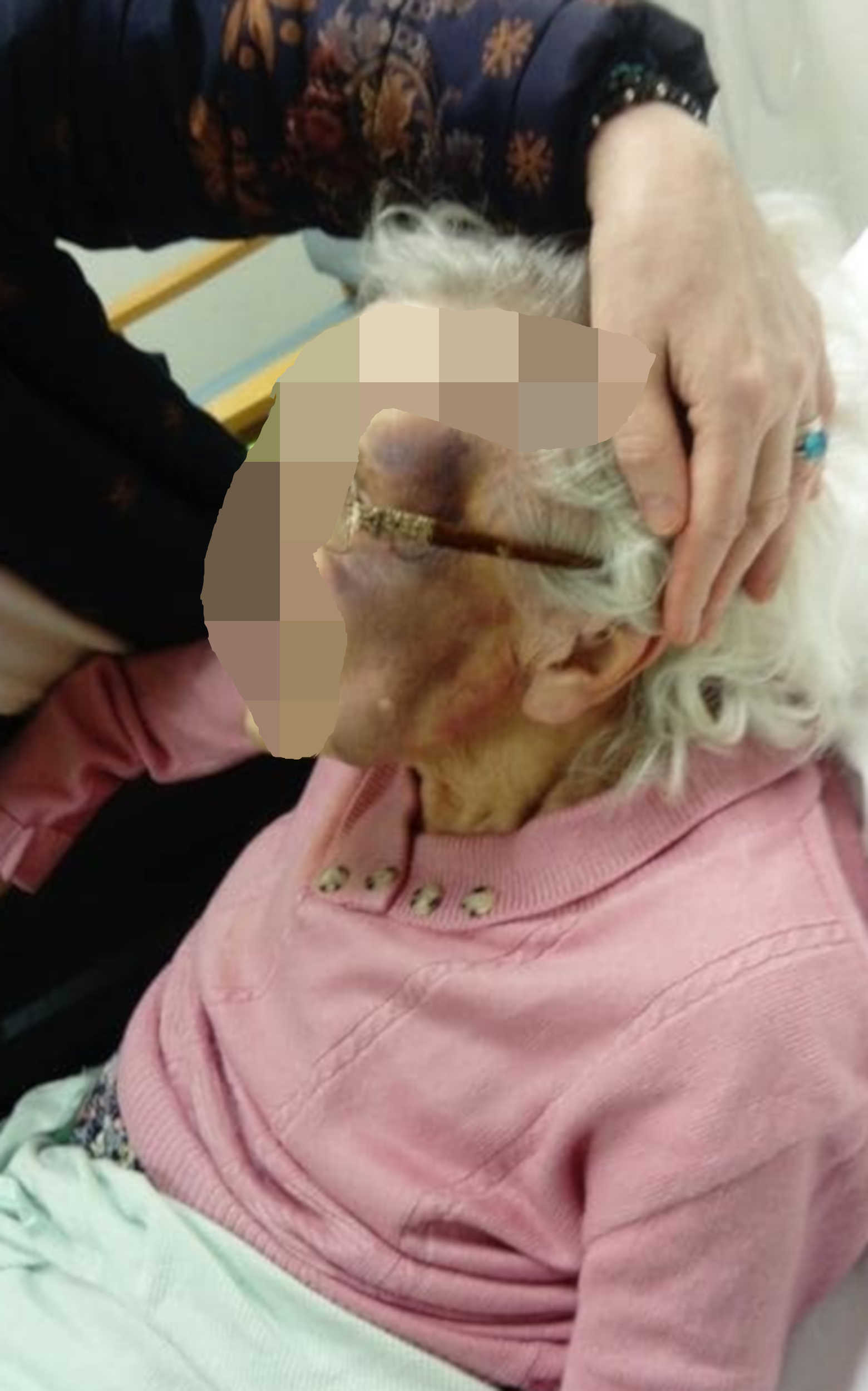 The 90-year-old woman was black and blue from the alleged assaultCredit: Deadline News 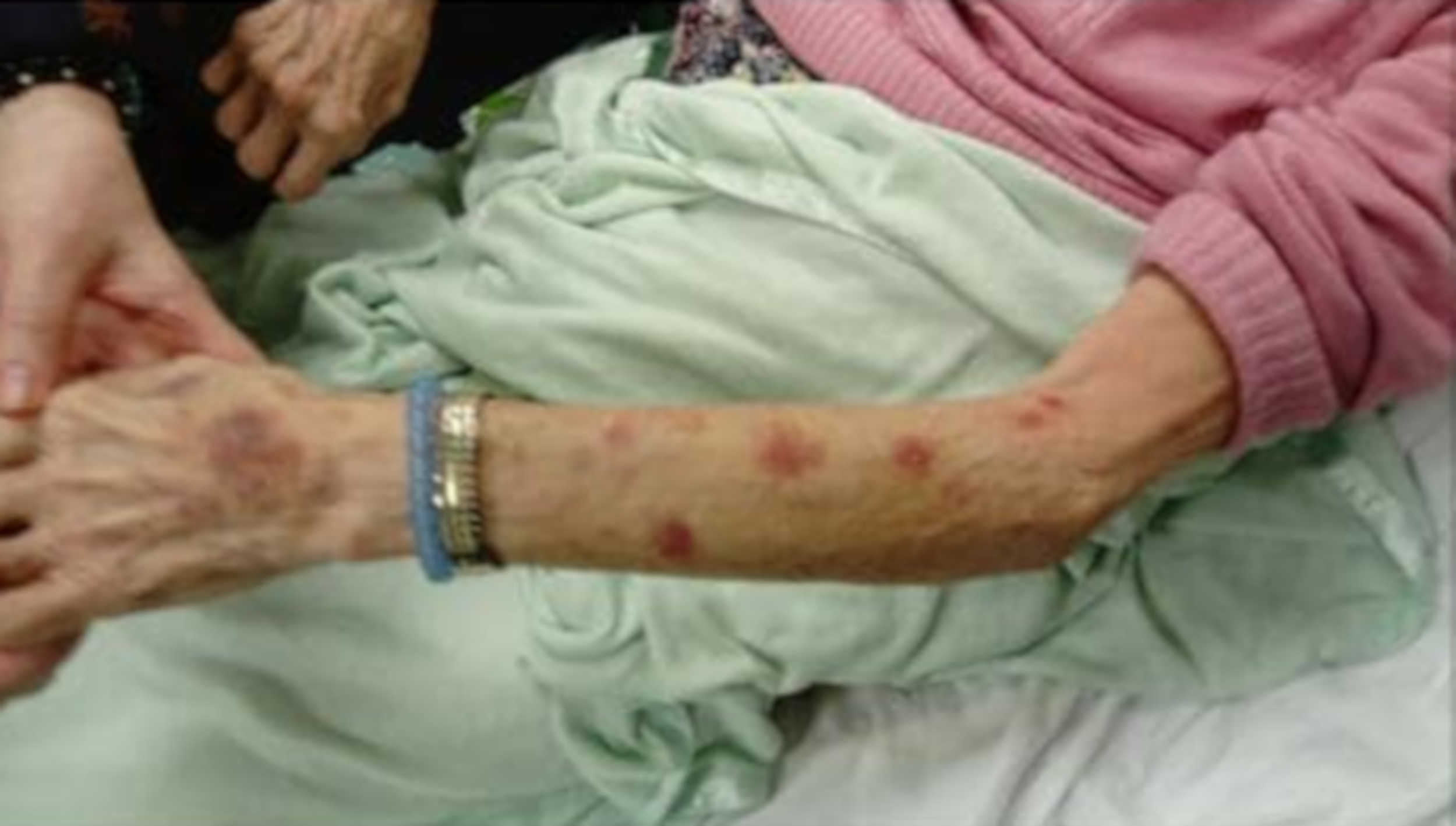 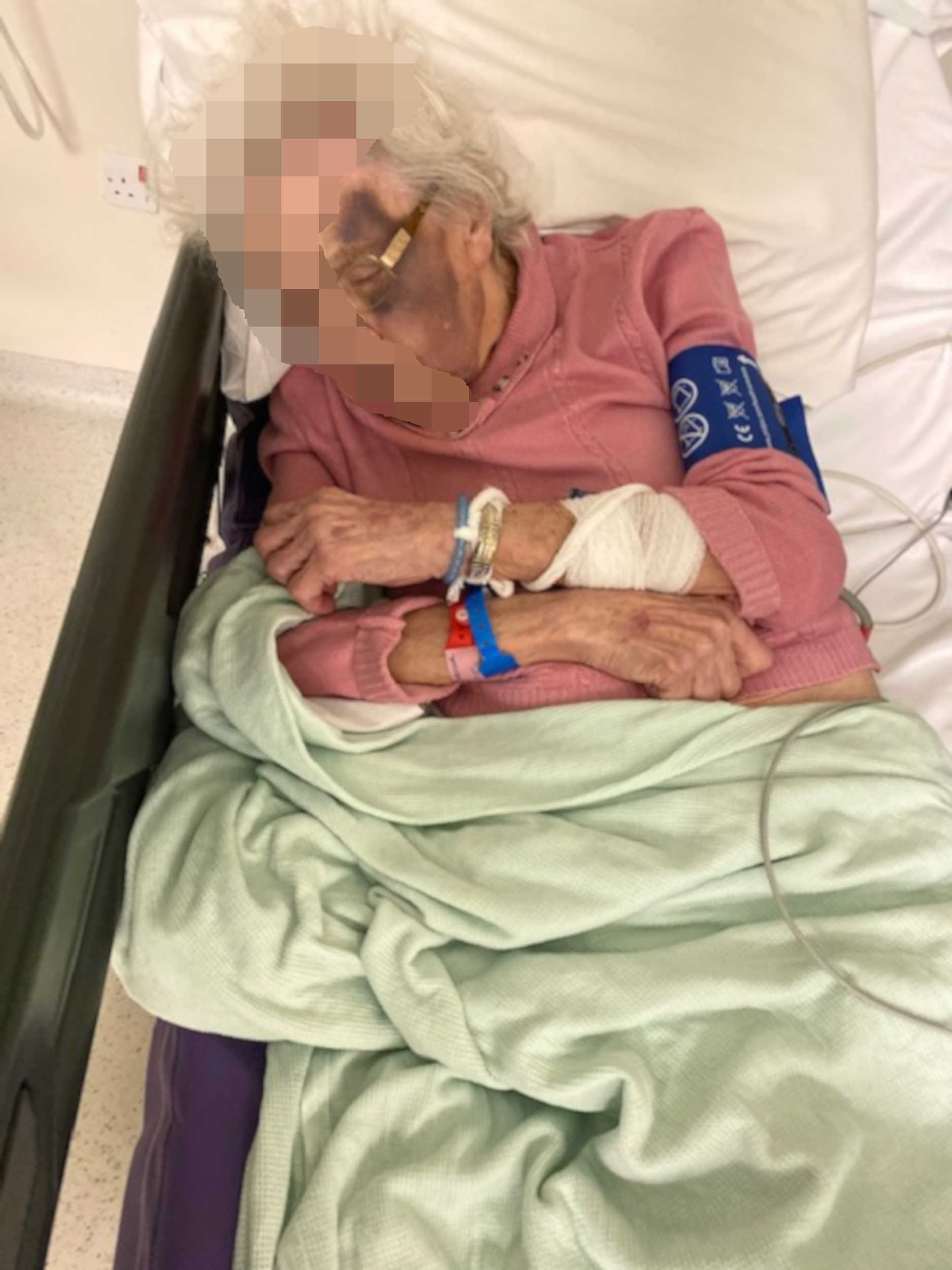 She allegedly faced the assault in a care home in Greater ManchesterCredit: Deadline News

He claims the pensioner was sexually assaulted while a resident at a care home in Greater Manchester.

The family has now released the images for the first time to raise awareness.

The shocking images show a 90-year-old lady with a large purple bruise on the right side of her face.

Another shows her frail arm peppered with painful-looking bruises.

While one snap shows her lying in bed with a visible gash on her head and a white bandage on her wrist.

The woman's grandson took to Facebook on October 16 to share the horrific photos, saying:  “Nearly twelve months ago, she was sexually assaulted and beaten by another resident whilst being cared for in a care home

“This home that had allowed my gran to be assaulted in the worst unimaginable way ever.

"A lady that was being kept bed bound against her will and could not fight back was beaten, held down and sexually assaulted.

"Needless to say this lady found the courage to survive and healed and was moved to another home for her safety after a very lengthy stay in hospital.”

The photos prompted an outpouring of support online.

One person wrote: “Shocking. Your poor grandmother. I hope she is doing well now.”

Another said "That is horrendous.”

A third said: “Why has there been no prosecution. I am so very sorry what happened to this beautiful soul. Prayers for her and your family for justice.”

The grandson said no prosecutions are being brought as the alleged perpetrator is "mentally incapable".

He claims that there is a joint police investigation into the latest allegation, but does have much hope it will be dealt with.

Speaking today, the grandson said: “The police can’t prosecute him as he is mentally incapable, even though the CCTV captured the act.

"We were horrified when we discovered what happened. My grandmother told my mum: ‘I’ve never let him have it.’ She’s a lot worse and feeling guilty and she put her into that home.

“She is now in a new nursing home but it’s not suitable for her. She no longer trusts male nurses and has been left with PTSD and needs three to four nurses to deal with her."

He says he was prompted to come forward with his images after hearing about another incident at the home.

The grandson added: "Families need to keep checking in on their families in homes and ask for pictures of them to ensure they are safe.

"I want a public apology from the care home, especially having to pay extortionate fees believing she would be getting the best care." 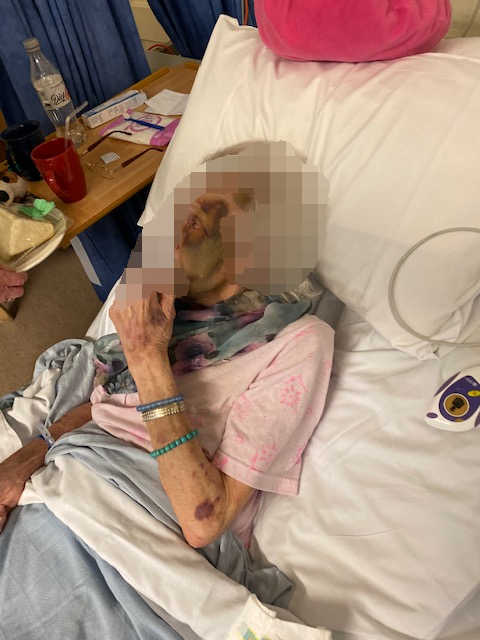 One picture showed her lying in bed with a visible gash on her headCredit: Deadline News 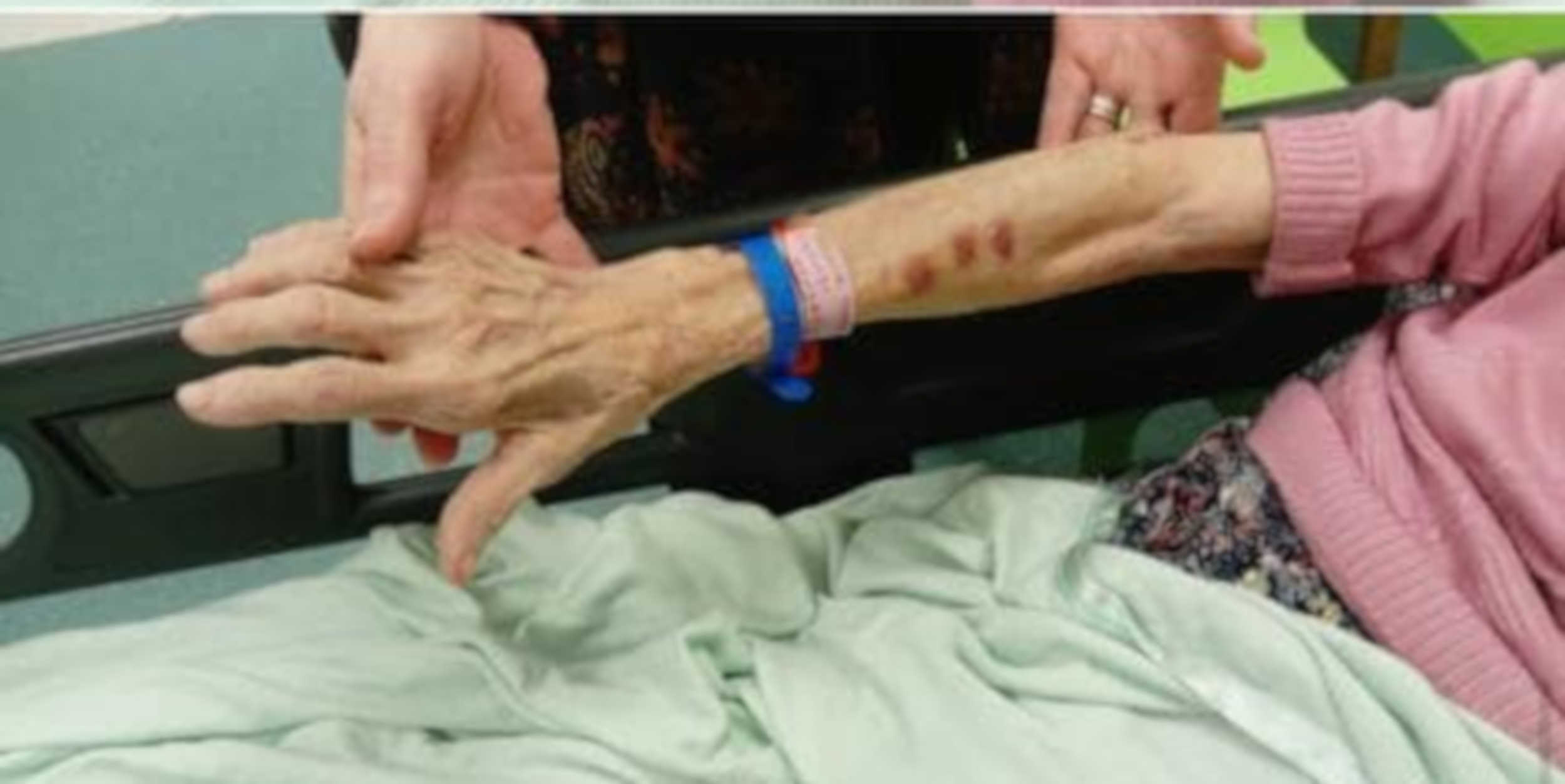 The 90-year-old had bruises on her armCredit: Deadline News 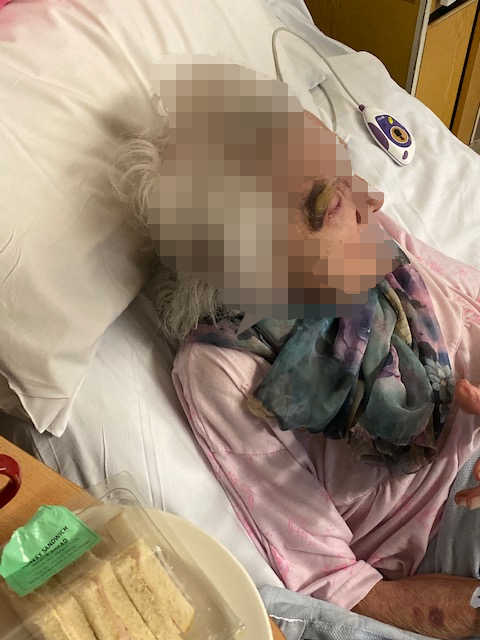 The grandmother was pictured with bruises on her headCredit: Deadline News
Read Entire Article