WHEN I heard the news that there is a new solution to obesity, I raised a quizzical brow. 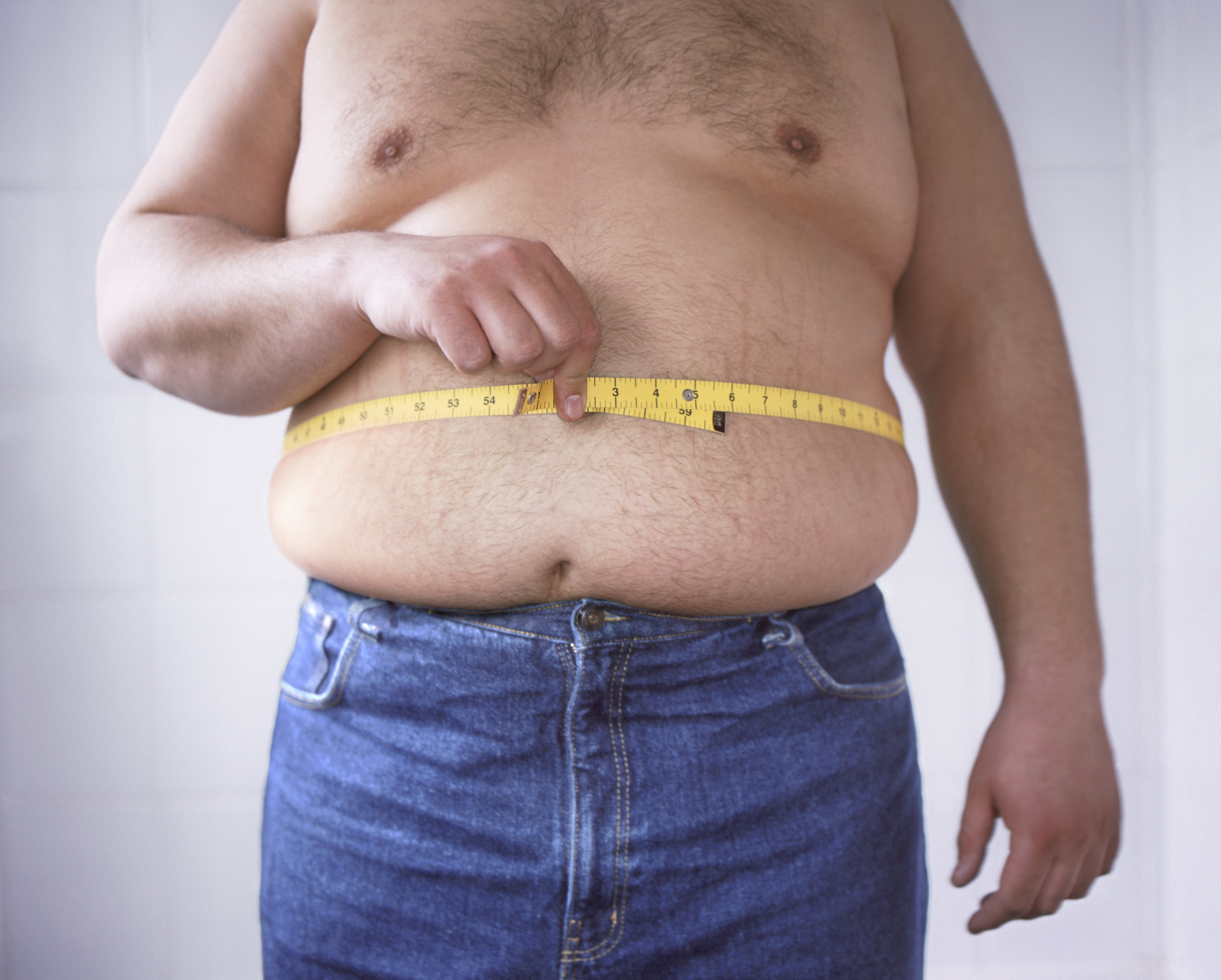 Many people feel they have no control over their bodyCredit: Getty - Contributor

The majority of patients who were given semaglutide in a trial lost at least one tenth of their body weight.

While I am sure there are many people out there who on hearing this would like to try the drug, I find myself wondering whether this is really what we need in the battle against obesity.

I should say here that I realise how lucky I am to not have had to battle with addiction.

I also realise that makes it harder for me to really understand what it must feel like to truly crave something so badly you have no control.

I know people who have battled with their weight for their whole lives, for all sorts of reasons, from a genetically inherited slow metabolism to a dodgy thyroid.

And I resist the temptation to offer solutions. I have always believed that losing weight isn’t rocket science — we just need to eat less and move more.

But I know that when it comes to obesity, I probably just don’t quite get it.

Many people feel they have no control over their body and what they put into it.

That is the only explanation for the increasing popularity of gastric sleeve surgery.

Some people feel that the only way they will lose weight is with a physical intervention that prevents them from eating.

Because increasingly we are realising that obesity is something to be really scared of — the new cancer. 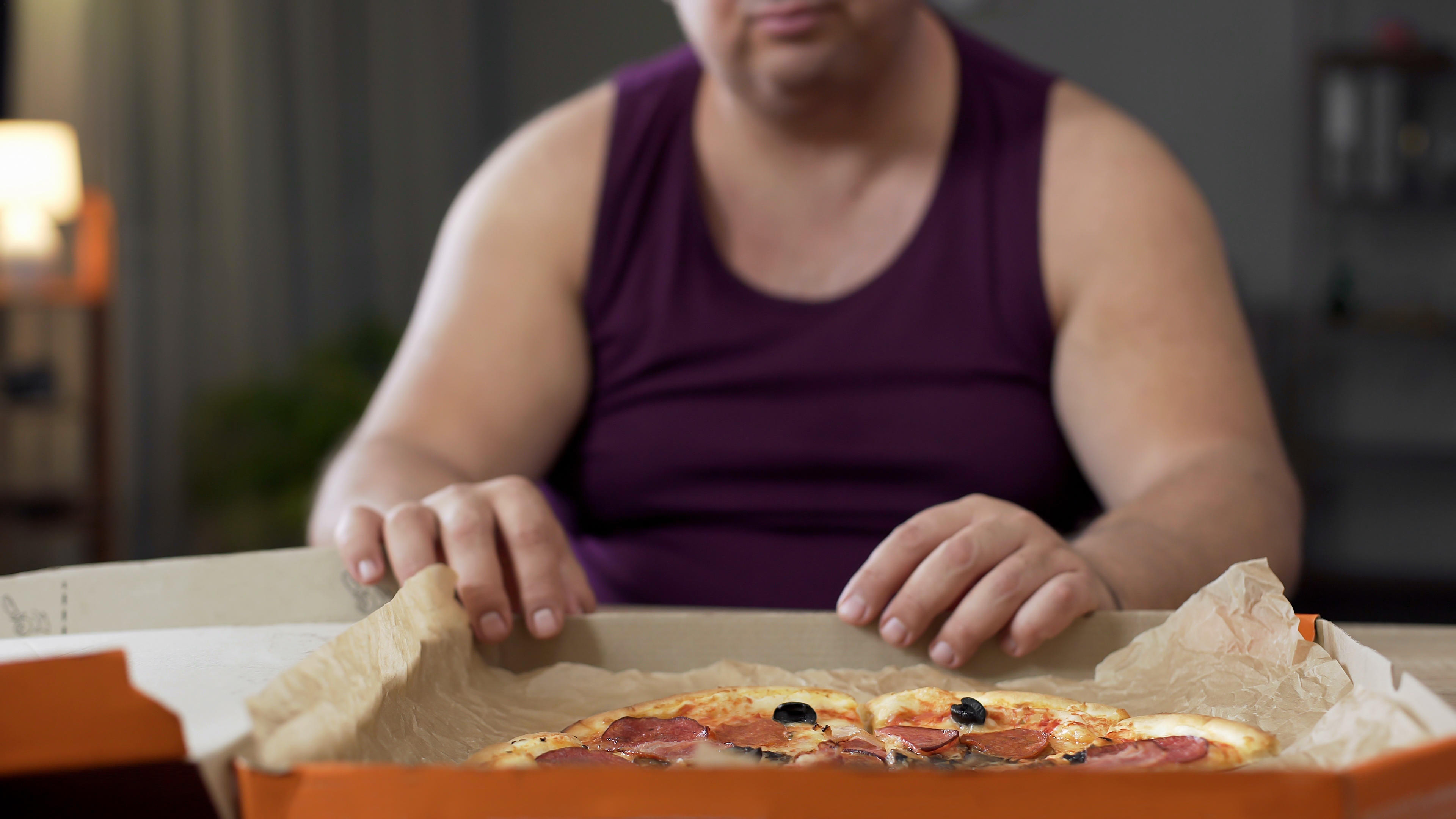 An injection does not address the root cause of obesity.Credit: Alamy

Being overweight can lead to serious health issues including cardiovascular disease, Type 2 diabetes, osteoarthritis and some cancers.

Since 2014, obesity and excess body fat have contributed to more deaths in England and Scotland than smoking.

Still, I have doubts that the solution lies in a weekly injection. And it’s not because of the possible side-effects, such as nausea, diarrhoea, vomiting and constipation.

The real issue in my mind is that an injection does not address the root cause of obesity.

When the injections stop, people risk piling on the pounds again.

During the pandemic, many of us have put on weight.

After all, we have all been at home, doing less, moving little and eating and drinking too much.

The problem is that we are all addicted to bad types of foodCredit: Alamy

People often refer to obesity as an economic issue, but the brutal truth is that we all need to take more responsibility for our own health.

Unless there is a medical reason for weight gain, my advice to anyone who wants to lose some extra pounds is to cut calories and start moving more.

Yes, I can see that a “fat jab” sounds easier.

But considering there will be a significant cost to taxpayers, the solution would ideally lie with individuals, rather than the NHS.

No matter the trigger, it would be better to identify and address it, rather than try to jab it away.

After all, we know we get fatter if we eat cakes, takeaways, sugary foods, greasy foods. The problem is that we are all addicted to them.

All too often, eating that kind of food is easier than cooking a meal from scratch.

With less focus on cooking lessons in schools, we have a significant number of people who don’t know how to make a healthy, balanced dinner.

Portion sizes have increased, as has the amount of sugar and salt in convenience meals. 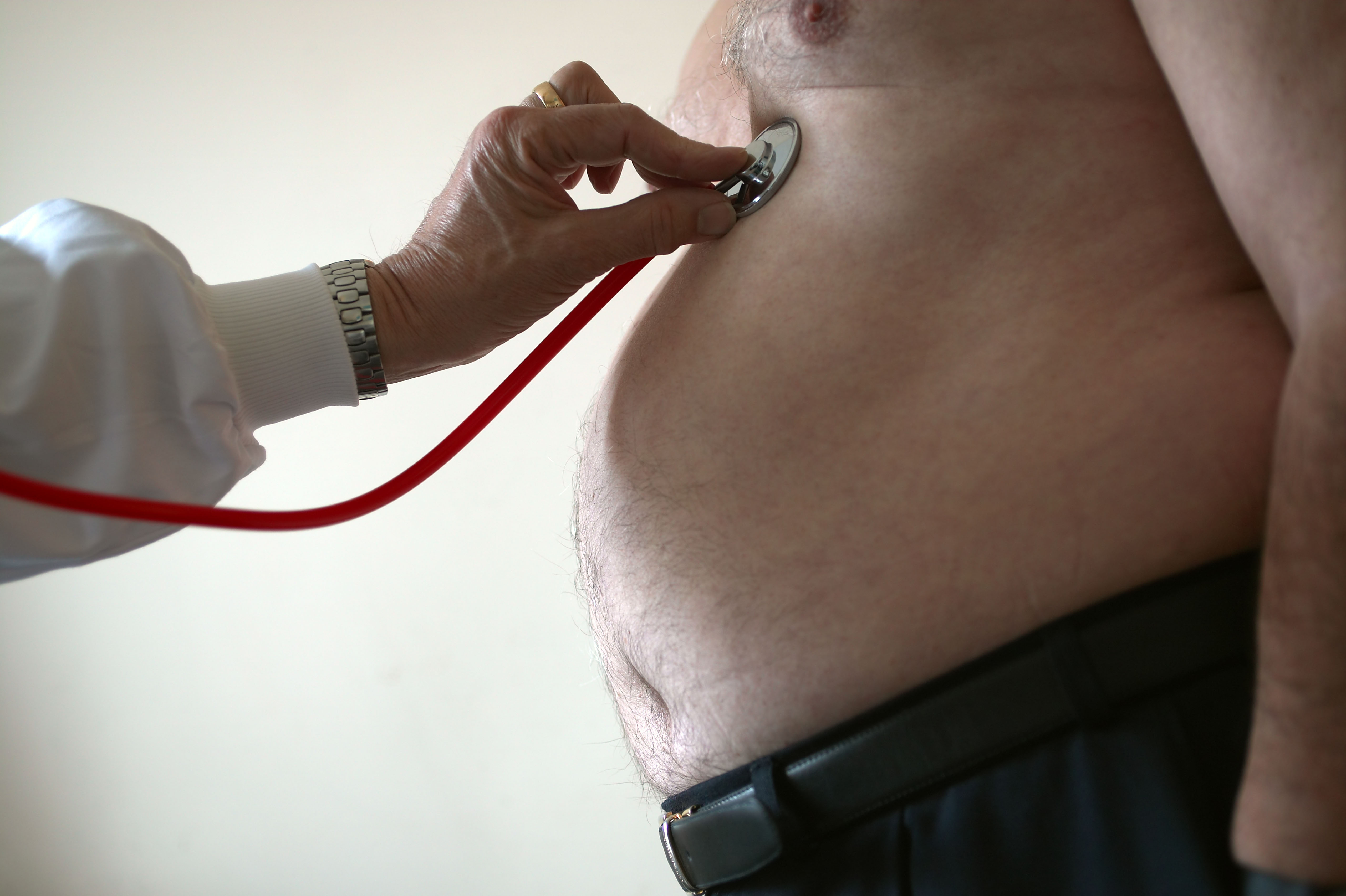 Parents must teach kids about obesity and set a good exampleCredit: Alamy

All this is simple to say, of course. The reality is that if it was easy to shed the pounds then 60 per cent of people would not be overweight.

I also know that willpower plays a huge part and that, in these miserable times, is not easy.

So the big question is: Does this new fat jab give people willpower? If it does, that’s quite something.

But if it doesn’t, well, then the question of how effective it is in the long-term remains to be seen. 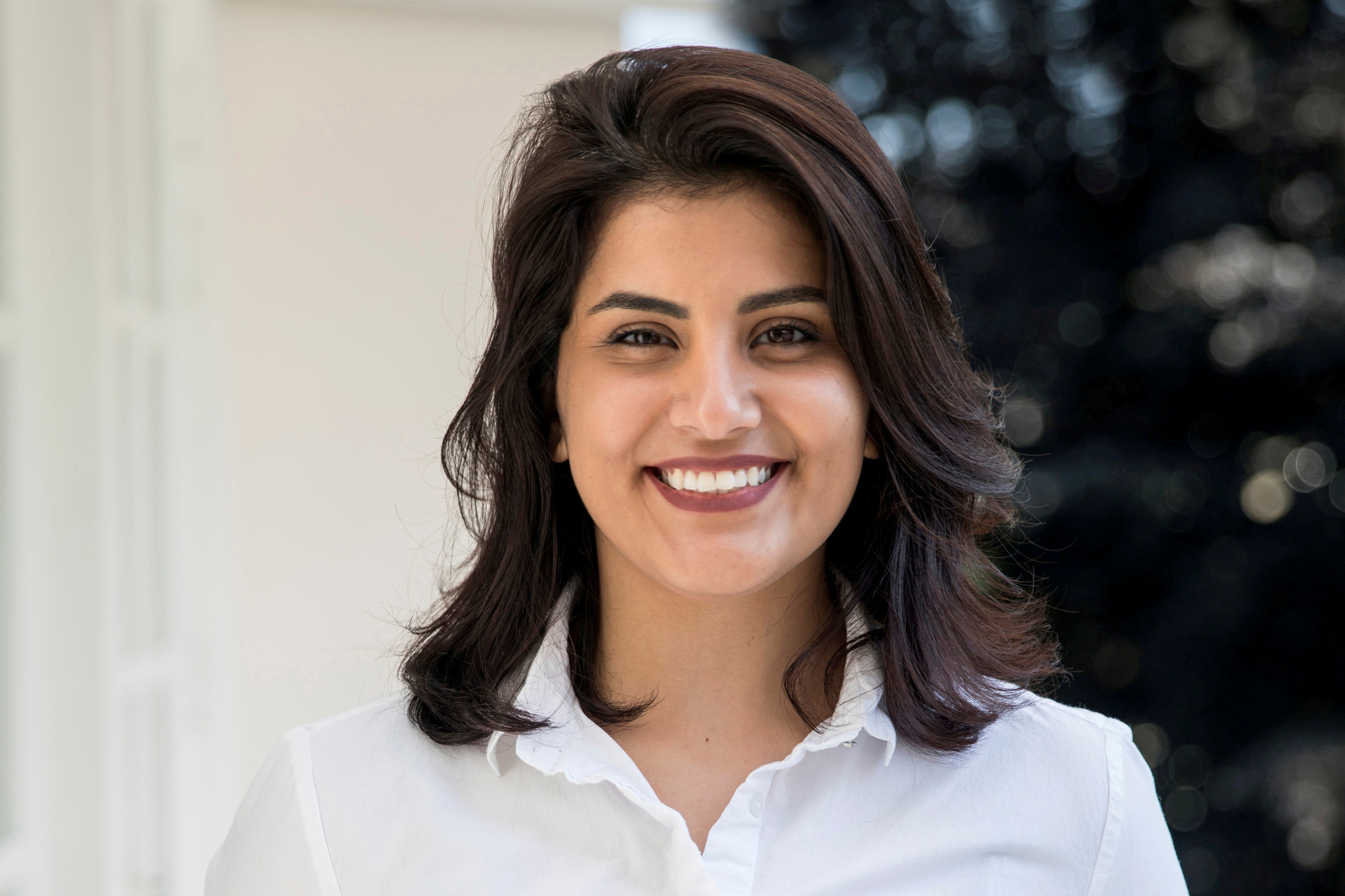 ONE of Saudi Arabia’s bravest political activists, Loujain al-Hathloul, was released on Wednesday after nearly three years in prison.

Her crime was simply campaigning for more rights for women, including an end to the ban on them driving, which was lifted soon after her imprisonment.

It has since emerged that in prison she was abused and tortured by her interrogators.

The story is appalling – not just her jailing but what happened when she was there.

We rightly talk so much about China and its human right abuses.

But we also need to tune into the oppression going on in Saudi Arabia, where attitudes towards women seem to come from the 15th century.

It's no bed of roses 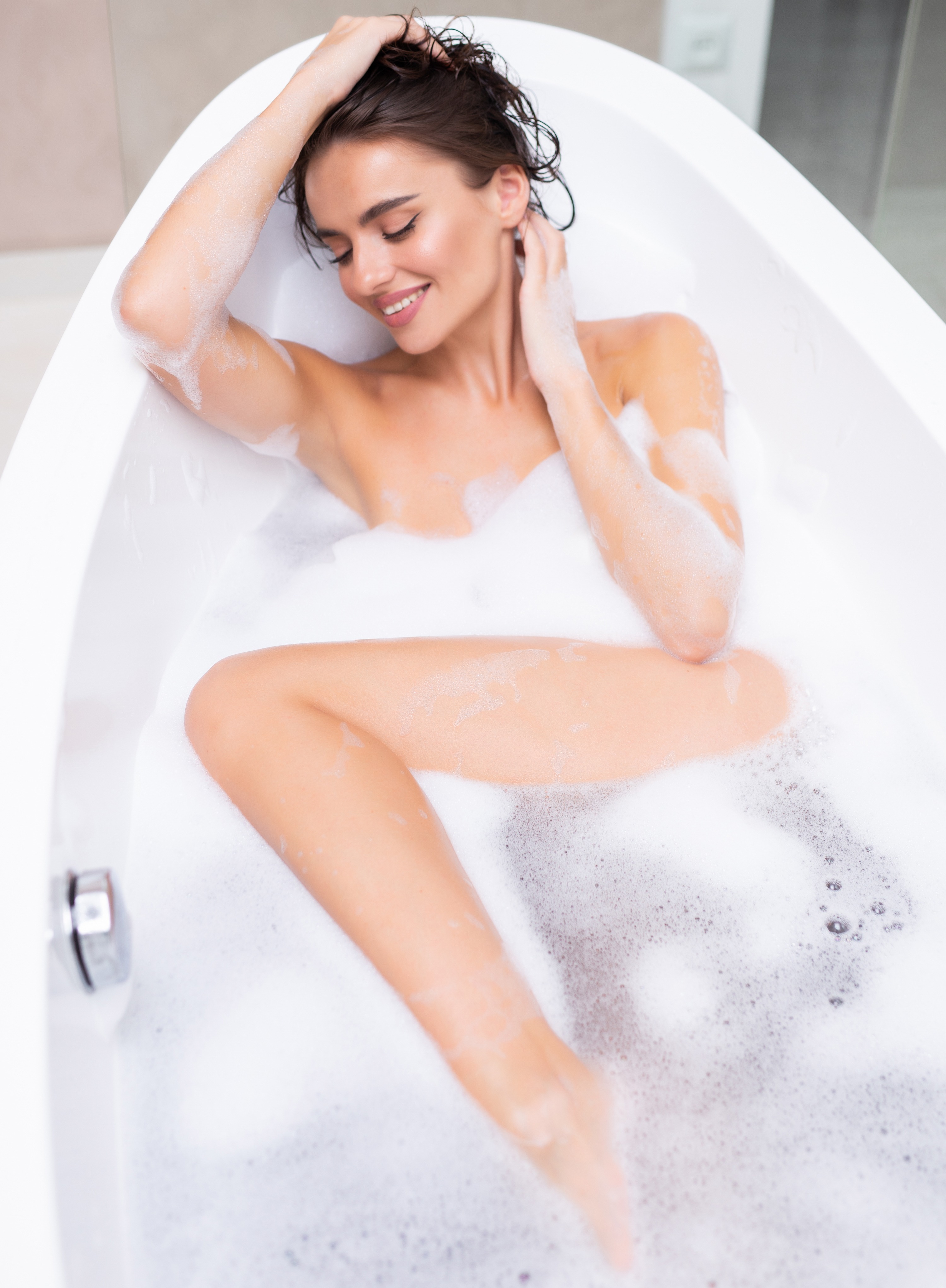 What women want is a bit of 'me' time on Valentine's DayCredit: Shutterstock

I would love to say today will be filled with rose petals, long baths and Champagne.

But I fear that is not going to be the case.

I’ve never been one to celebrate on February 14 but even the most ardent romantic is surely struggling this year if they have been locked down with their partner.

In my house we are spending so much time together, including every meal, what would feel really romantic is a bit of me time.

Davina McCall is right to make no exceptions over The Masked Singer's secretsCredit: ITV

WHEN I read Masked Singer presenter Davina McCall’s comments about having to keep her lips sealed on the identity of the show’s mystery celebs, I knew how she felt.

It is one of the perils of working on a pre- recorded show, like I do on The Apprentice.

I have been asked – even by family – divulge secrets but it just wouldn’t be fair to ruin the surprise.

There can’t be special rules for loved ones. 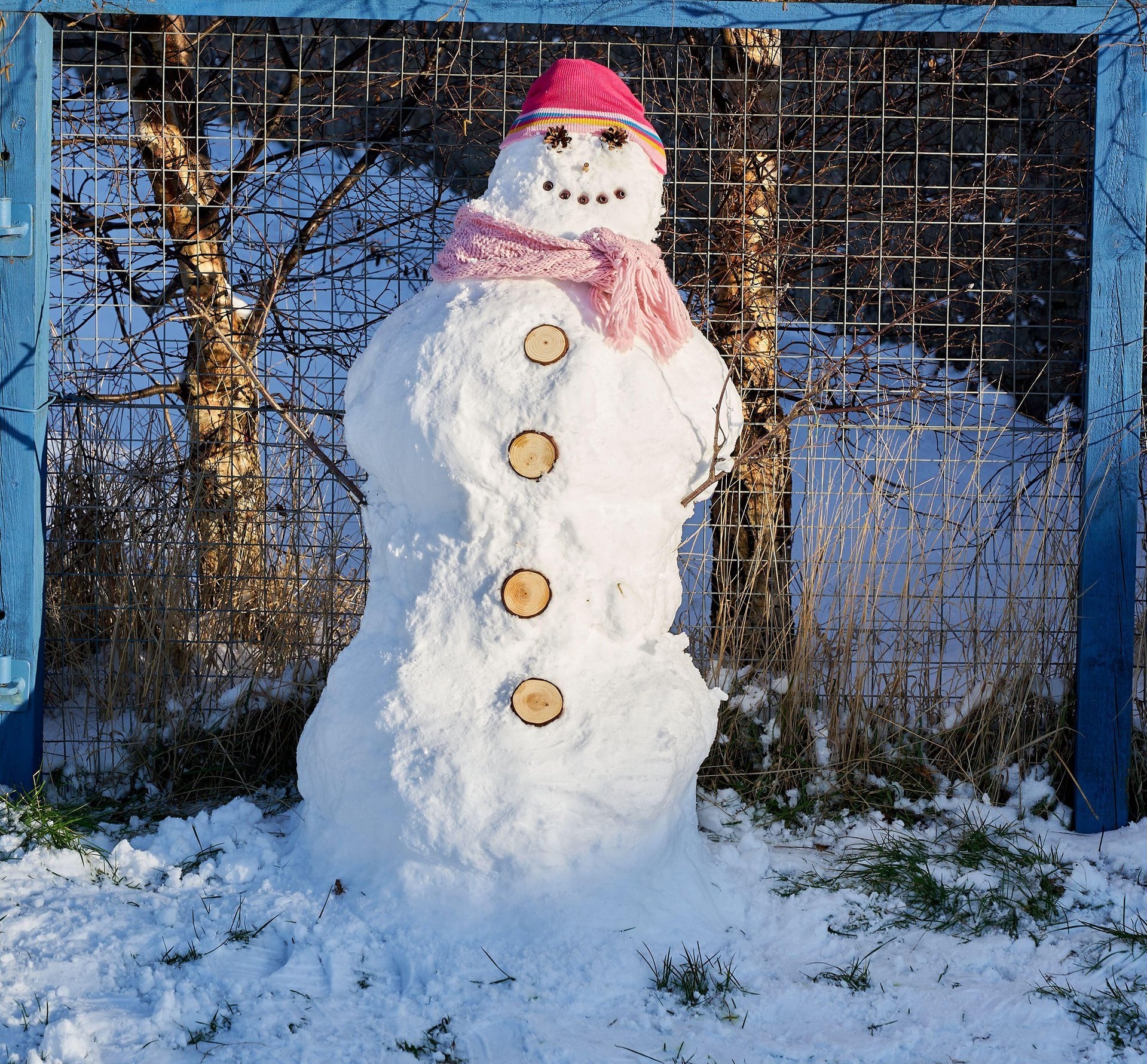 I prefer a sunny break but the snow was a nice distractionCredit: Alamy Live News

THS week we had the coldest night in 25 years, as temperatures tumbled almost to –23C.

I know the snow gave joy to many but when you ask if I want to build a snowman, the answer is absolutely not.

I want to build a sandcastle. I want to go somewhere in the sun as far away from snow as possible.

But as “holiday” seems to have become a dirty word and none of us can book one without the chance of it being cancelled – or spending ten years in prison – I guess I will have to put up with the cold for now.

20k for a glue hairdo

Tessika Brown was asking for trouble putting Gorilla Glue in her hairCredit: BackGrid

I DO feel sorry for the woman in Los Angeles who styled her hair with Gorilla Glue – and needed treatment from a plastic surgeon to remove the adhesive from her locks and scalp.

But it’s hard to imagine how she got herself into such a sticky situation.

After all, how on earth did she expect this to turn out?

Tessica Brown, 40, had her first day of what will be three days of treatment from Dr Michael Obeng last week and clearly felt so foolish about her predicament that she hid under a sheet on her way into the doc’s building.

I don’t know what surprises me more – that she used glue to style her hair in the first place . . .  or that she set up a GoFundMe page and raised more than $20,000 to spend on wigs and medical treatment.