A “FEARLESS” police officer has died just a month after testing positive for Covid-19.

PC Abbasuddin Ahmed, 40, was described by heartbroken colleagues as “a lovely man who was never seen without a smile on his face”. 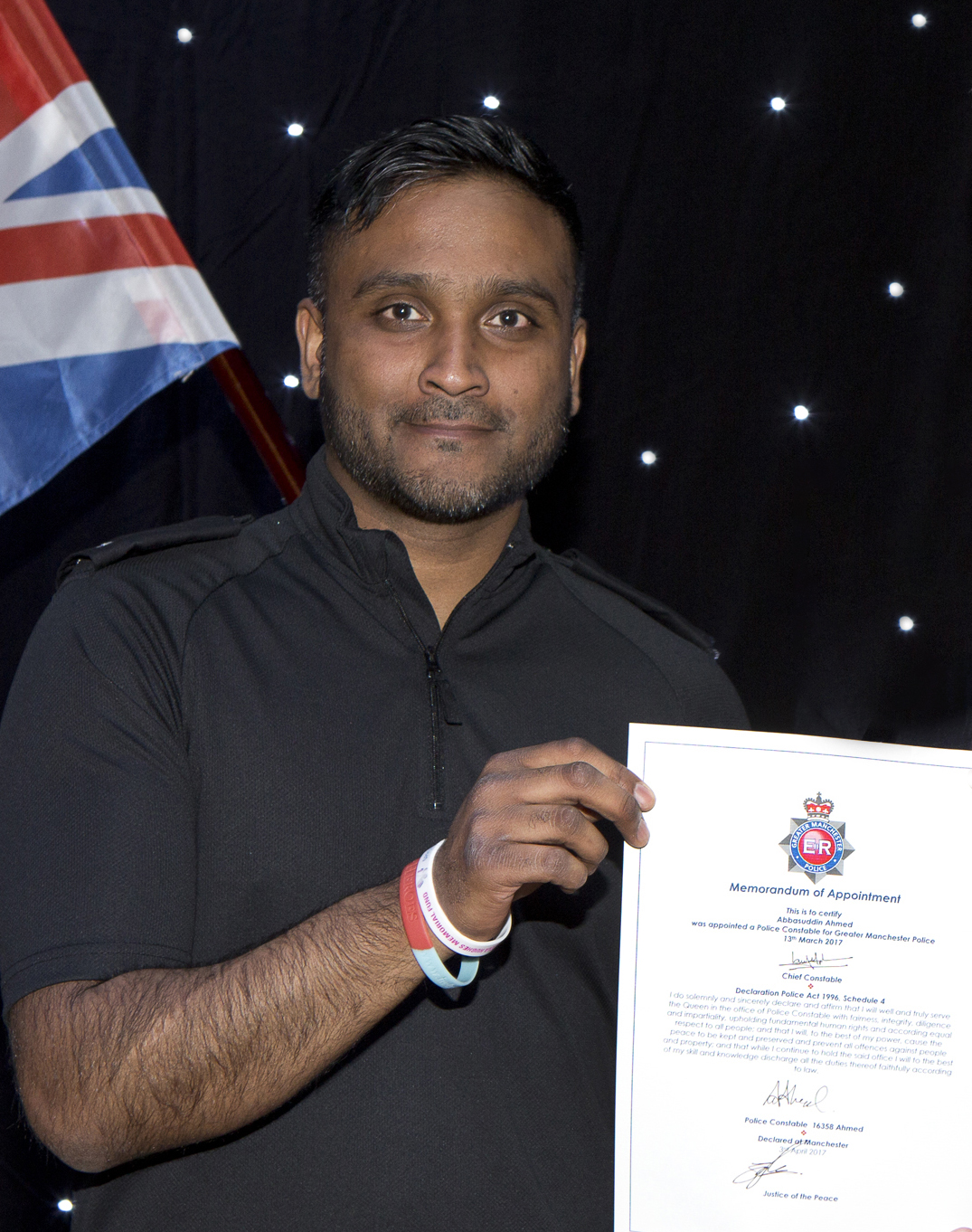 The married dad-of-two, known as Abbas, had served with Greater Manchester Police since 2017.

"I have spent time with Abbas both in a professional and personal capacity.

“I would describe him as a committed police officer, true friend and family man.”

“Abbas will be greatly missed by everyone that knew him." 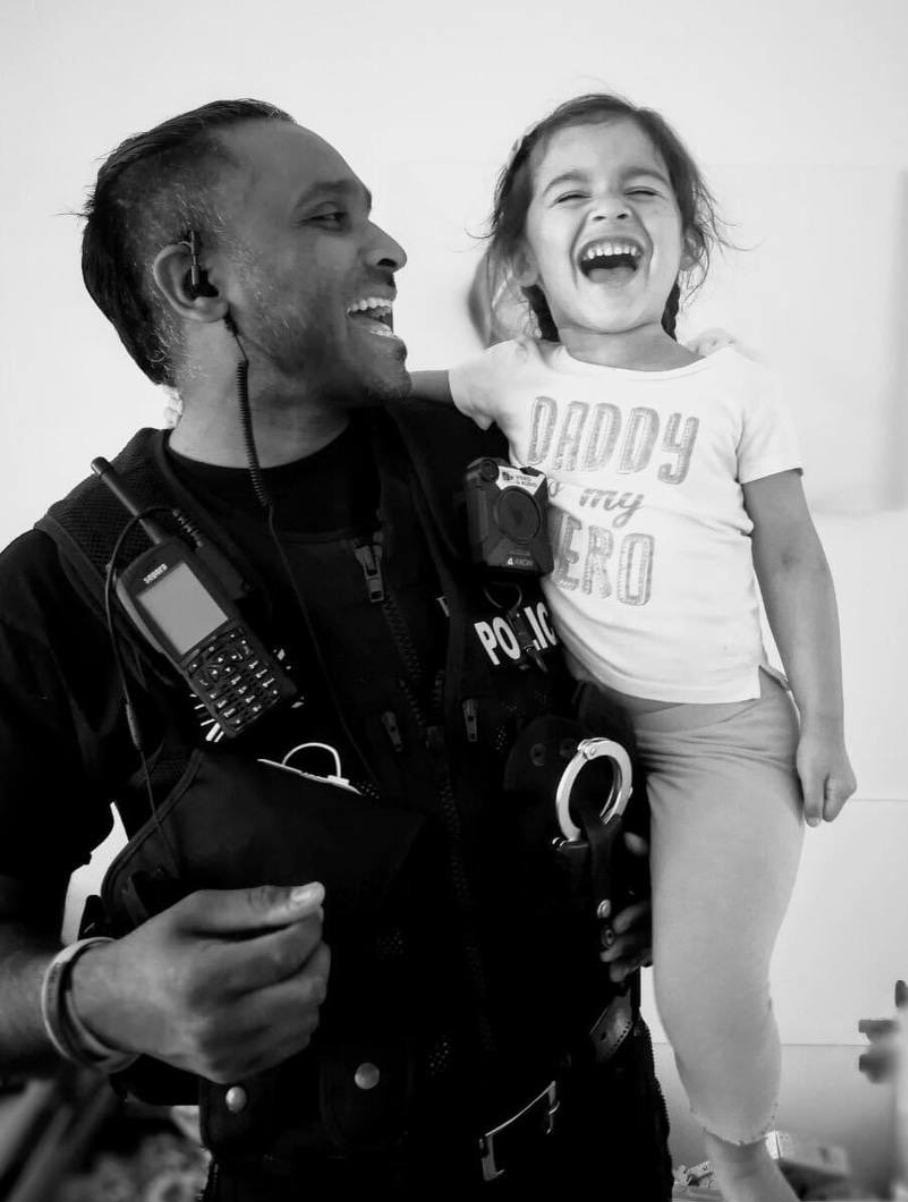 Married dad-of-two, Abbas, pictured with his daughter, had served with Greater Manchester Police since 2017Credit: GMP 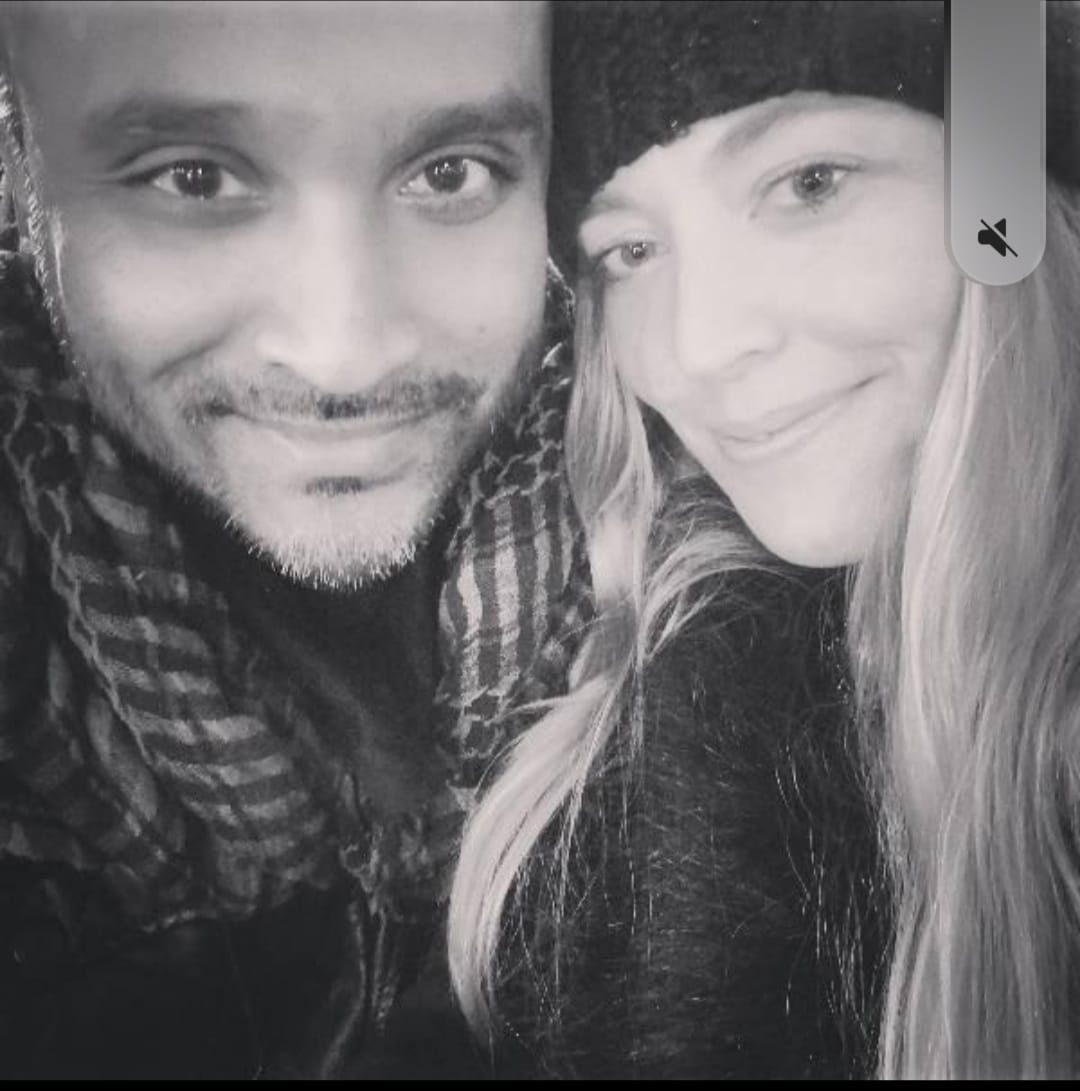 Inspector Abid Sardar said: 'I would describe him as a committed police officer, true friend and family man', pictured with his wifeCredit: GMP

Fellow cops also paid tribute to his pride in being a police officer.

One colleague said: "Abs lived up his name meaning 'lion' - brave, loyal, a fighter, protective, and completely fearless. Abs will live in our hearts forever."

A GoFundMe page has been set up by colleagues to support his family.