First picture of girl, 18, killed in horror crash that left three others in hospital

A TEENAGE girl who was killed in a horror crash that left three others in hospital has been pictured for the first time.

Bethany Ovenden Gumm, 18, died when the car she was travelling in lost control and crashed into a garden wall in Westbury, Wiltshire, last night. 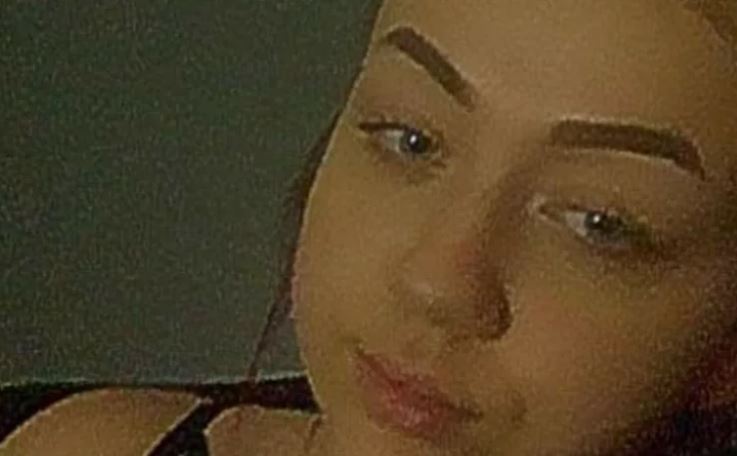 Bethany Ovenden Gumm, 18, died at the scene of the crash 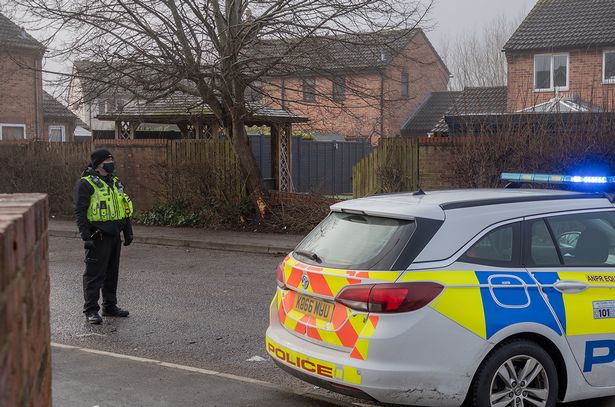 An 18-year-old woman was killed and three other teenagers were injuredCredit: Estelle Legg / wiltshire999s.co.uk 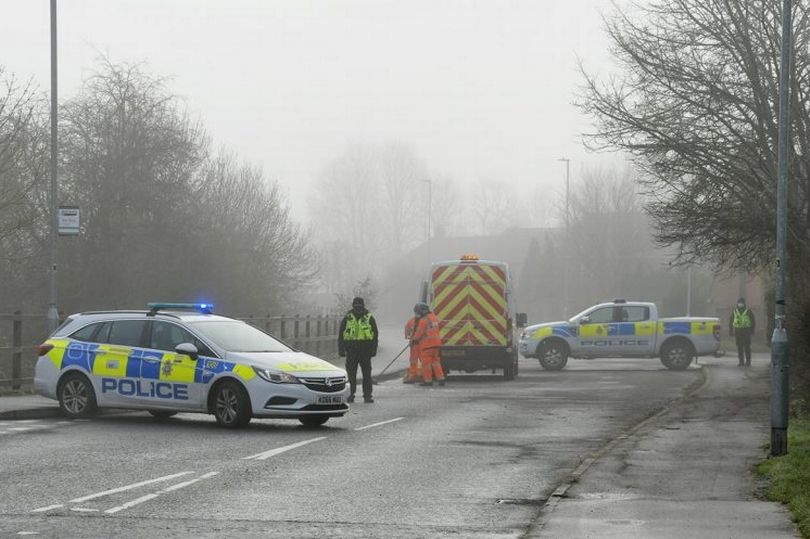 Three teenagers were rushed to hospital after the collision on Friday nightCredit: Estelle Legg / wiltshire999s.co.uk

At the time of the collision, the Ford had four occupants.

Ms Gumm, who was a passenger, was pronounced dead at the scene.

The vehicle "appeared to have lost control, left the road and collided with a garden wall and tree in Westbury", Wiltshire Police said.

The driver, a 19-year-old man, was seriously injured and taken to Southmead Hospital where he remains at this time.

Inspector Andrew Lemon said: "Firstly I would like to start by offering my sincere condolences to the family and friends of Beth.

"We completely understand how devastating this must be on those affected by this tragic incident and of course understand people want to come together at the scene to pay their respects and comfort each other.

"We want to make sure this is done safely and that we don't exacerbate the situation by spreading the virus, so please try to bear in mind Covid restrictions and social distancing. 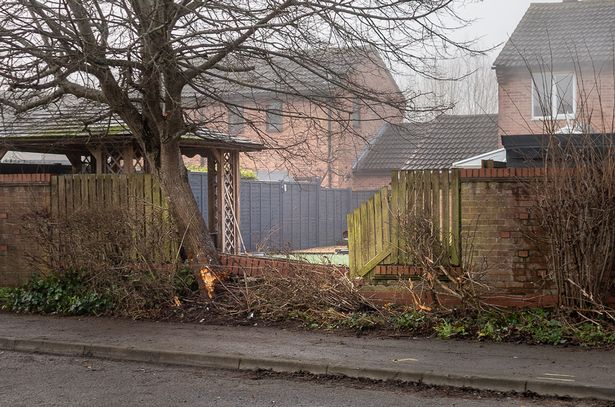 A silver Ford Fiesta was travelling along The Mead in Westbury at about 11.40pm , February 5Credit: Estelle Legg / wiltshire999s.co.uk

"We know this is a difficult and distressing time but we want people to try and remember social distancing to keep everyone safe, the last thing we want is for friends and family to become ill in the coming days.

"We'd like to thank the community of Westbury for their support at this time and ask that the privacy of the family is respected."

In a press release, Wiltshire Police said: "A teenager has tragically died in a collision in Westbury late last night (Friday).

"At about 11.40pm a silver Ford Fiesta was travelling along The Mead in Westbury towards the roundabout with the A350.

What is the Kent Covid strain and why is it more contagious?

"The vehicle appears to have lost control, left the road and collided with a garden wall and tree."

The road was closed for several hours and reopened shortly before 10am on Saturday, February 6.

If you have any information regarding the collision, please call 101. 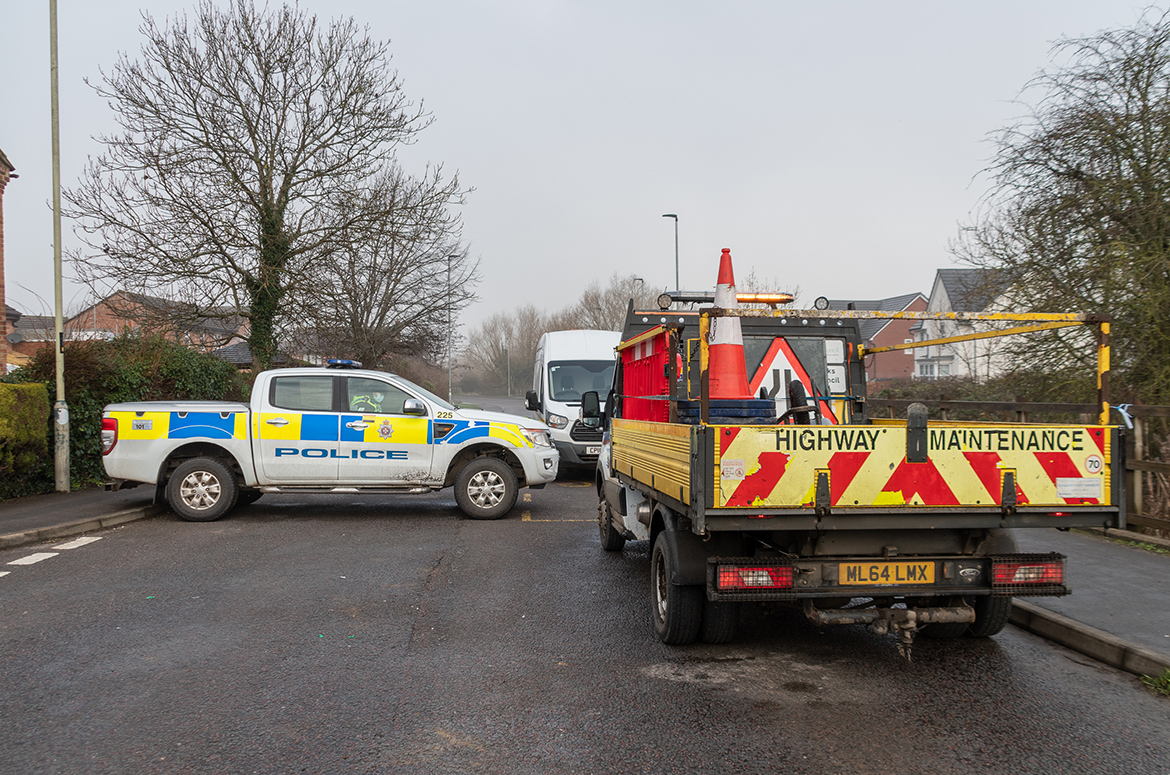 The road was closed for several hours and reopened shortly before 10am on Saturday, Feb 6Credit: Estelle Legg / wiltshire999s.co.uk 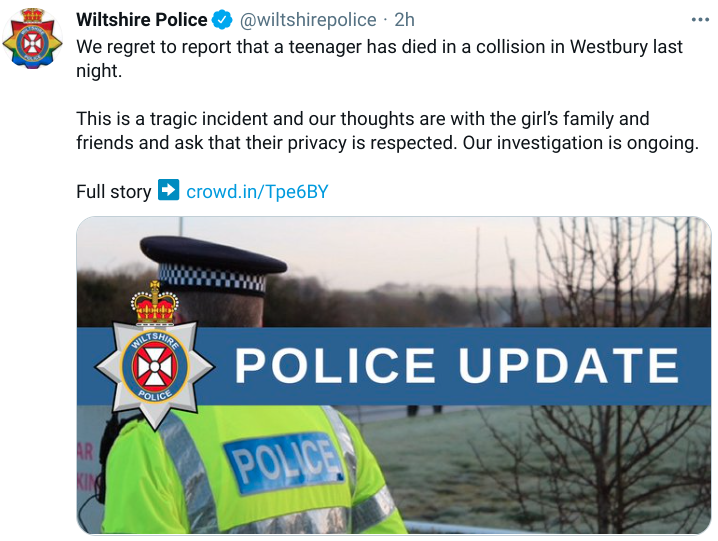