AS ANXIETY washes over Americans awaiting vote reporting from several battleground states, others turned to memes for comic relief.

One meme of a sloth Disney character, Flash Slothmore from the Zootopia movie, contained the message, “This is the mf counting ballots in Nevada. 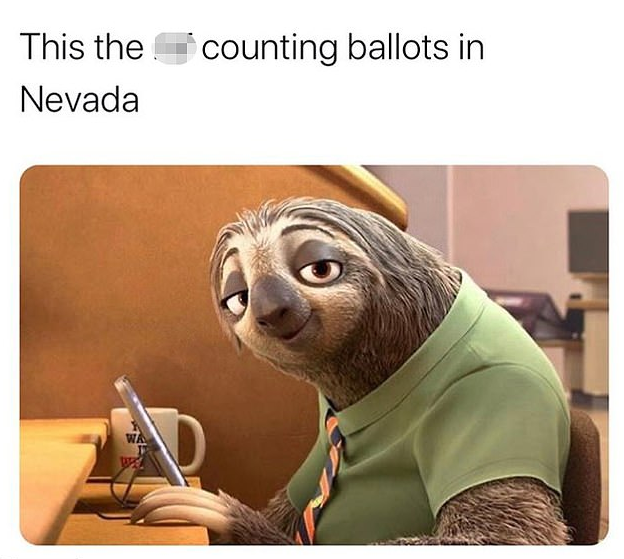 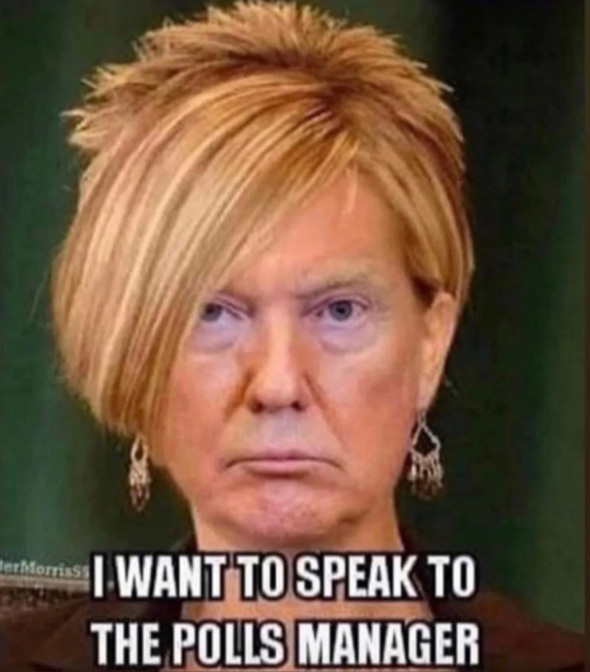 The post injected humor into the importance of the crucial state that temporarily halted counting for two nights and as of late Thursday still had more than 10 percent of ballots left to tally.

Nevada’s six Electoral College votes are all that Democratic presidential candidate Joe Biden would need to win the election, if he indeed secures Arizona’s 11 electoral votes that the Associated Press and Fox News called for him on Wednesday.

Another meme mocked President Donald Trump’s multiple attempts to sway the election outcome in his favor, including suing several states over ballot counting. 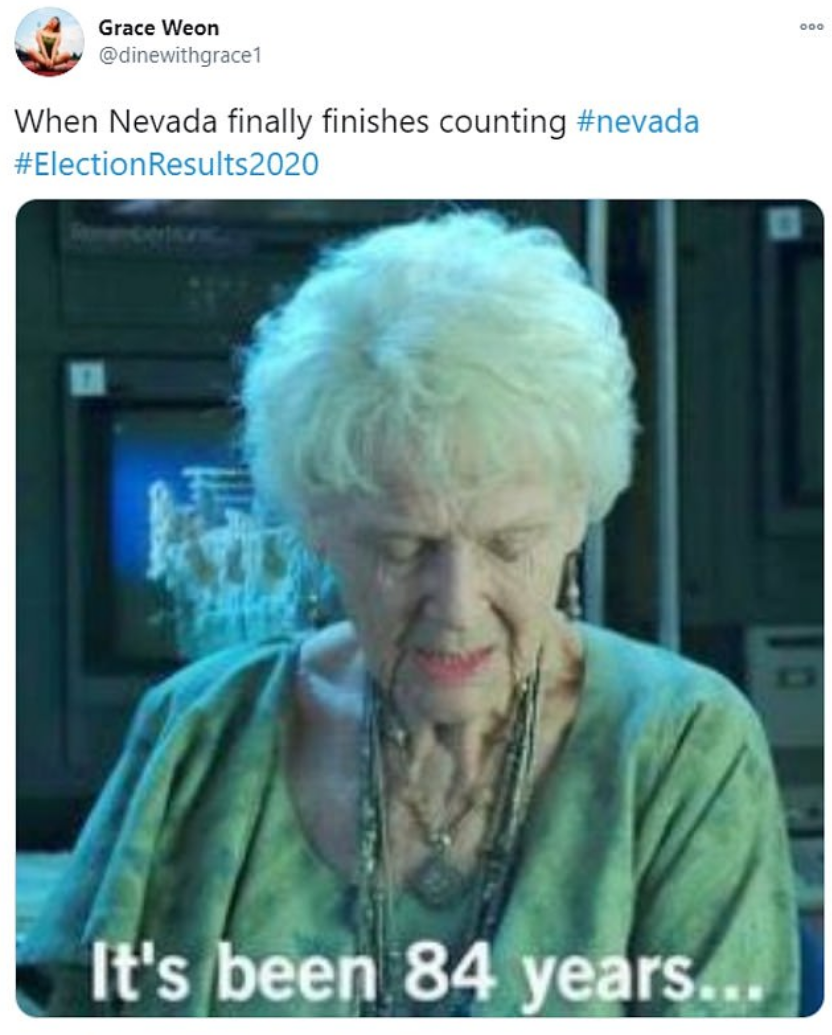 A meme of Rose from Titanic conveys Nevada's count is taking an eternity Credit: Twitter 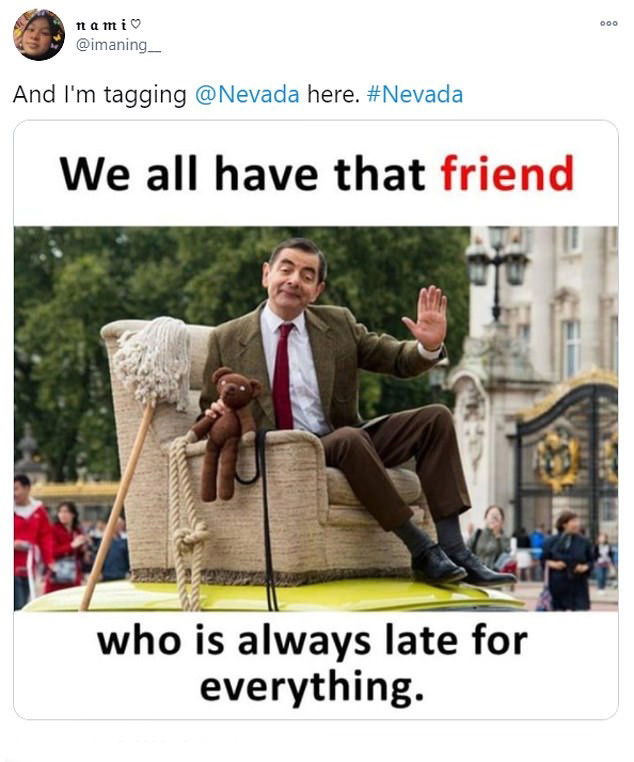 The meme had Trump’s face photo-shopped onto the head of a woman with earrings and makeup along with the phrase, “I want to speak to the polls manager.”

It seemed to resemble a “Karen,” the name of a middle aged or older white woman who feels entitled to demand things go her way with no regard for others.

Many of the memes focused on Nevada, including one of Rose from the movie Titanic saying “it’s been 84 years” since the ship sunk and her lover Jack drifted off. 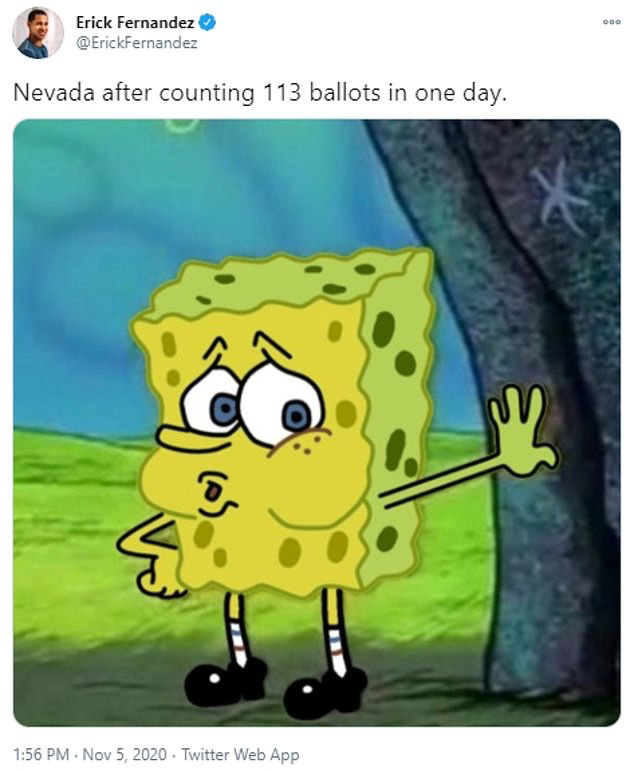 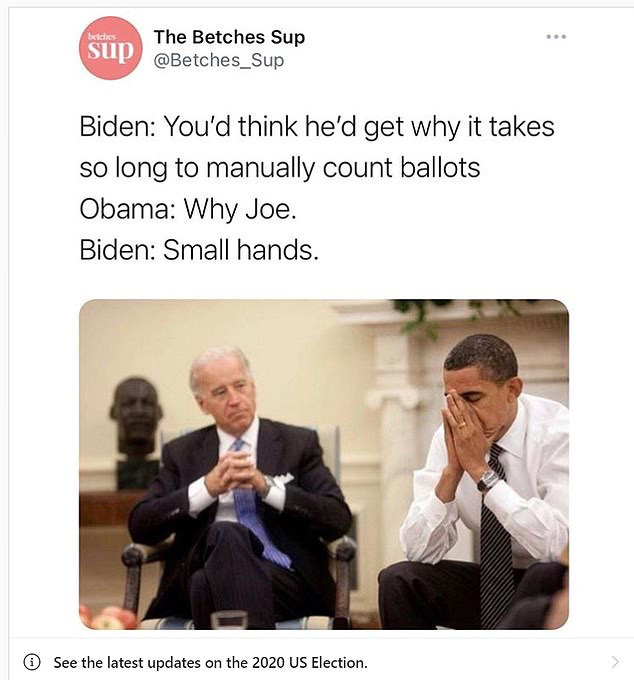 The meme sharer captioned it, “When Nevada finally finishes counting,” conveying that it felt like the state was taking an eternity to report its votes.

“We all have that one friend who is late for everything,” it stated. 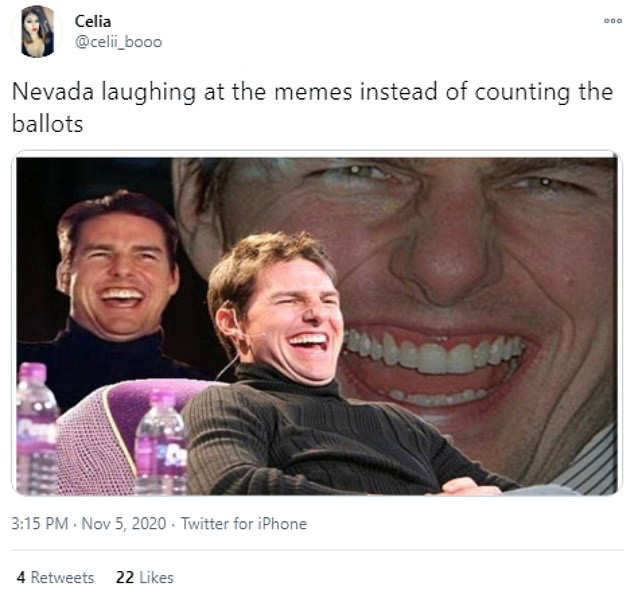 A Tom Cruise meme casts Nevada as distracted by memes rather than counting ballotsCredit: Twitter 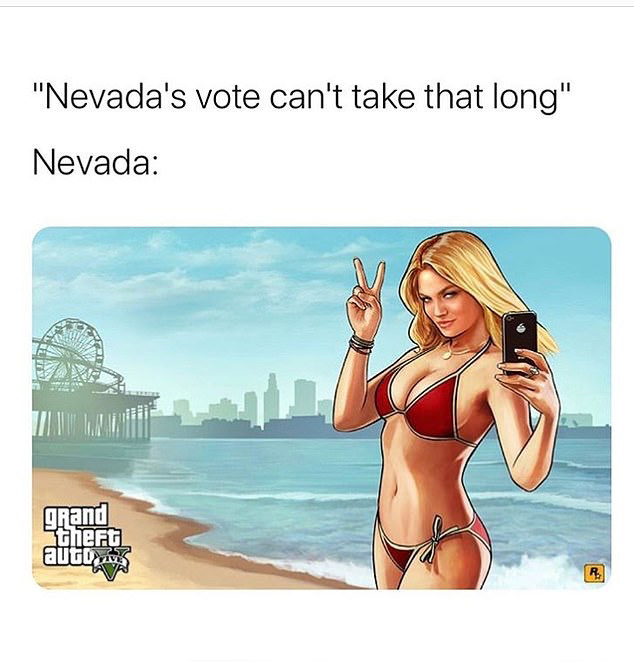 “Nevada after counting 113 ballots in one day,” the caption read.

A meme with actor Tom Cruise laughing suggested that the Silver State could be distracted by all the jokes on social media.

“Nevada laughing at the memes instead of counting the ballots,” the description stated.

The Trump campaign sued Nevada on Thursday, alleging that “illegal votes” from “tens of thousands” of people who are no longer residents of the state were being tallied.