Girl, 14, ‘did celebratory dance with 23-year-old brother after he shot their mother through the neck at dinner table’

A 14-YEAR-OLD girl allegedly did a celebratory dance with her older brother moments after he shot their mum dead, another sibling told cops.

The unnamed girl's brother Mike Lopez, 23, allegedly blasted his mother Victoria Ramirez, 43, in the neck with a shotgun at the dinner table in Springville, Utah on Wednesday. 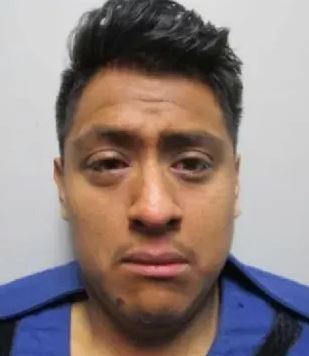 It is alleged the young girl nodded at her brother before he allegedly pulled the trigger at their home.

According to another sibling, a 17-year-old girl, the pair then did a dance in celebration after the alleged murder.

The older teenage sister claims she witnessed the killing and locked herself in a bathroom before jumping out its window to escape.

She then ran to a relative's house nearby and called the police.

The witness told cops that she believes her 14-year-old sister knew Lopez allegedly planned to kill their mother.

She alleges that her brother had been giving the young girl cannabis to smoke and that he talked about "meditating a lot where he claims to go to different dimensions and (was) talking about a lot of bad people."

According to ABC4, the girl, 14, acted "very strange" and "emotionless" when she was quizzed by cops who she tried to sing a song for.

It is claimed that the girl smiled and said she "remembered dancing" when asked by officers about her older sister's claims.

However, she denied being in the room when Ramirez was shot - who she claimed was not her biological mum. 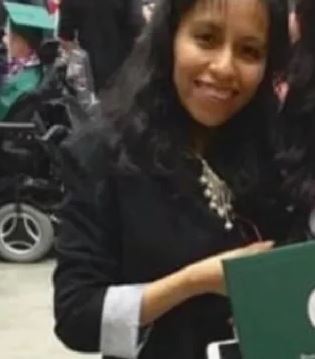 Victoria Ramirez was allegedly gunned down by her own son at her home in Springville, Utah on Wednesday

She also denied knowing that Lopez allegedly planned the killing, the report says.

The 14-year-old reportedly told cops that her brother bought the shotgun used in the shooting, along with a pistol, the day before the murder.

Lopez is alleged to have pretended to collapse when cops arrived at his home.

He reportedly had THC - the active ingredient in marijuana - in his system.

The alleged killer is being held in custody on suspicion of murder.

Police have not confirmed if the younger sister will face any charges.