GOVERNMENT scientists have predicted that the second Covid-19 wave could be even more deadly than the first with a "lower but longer peak."

Downing Street is supposedly working on the assumption that the death toll during the second wave this winter is going to be worse than what Britain experienced in the spring. 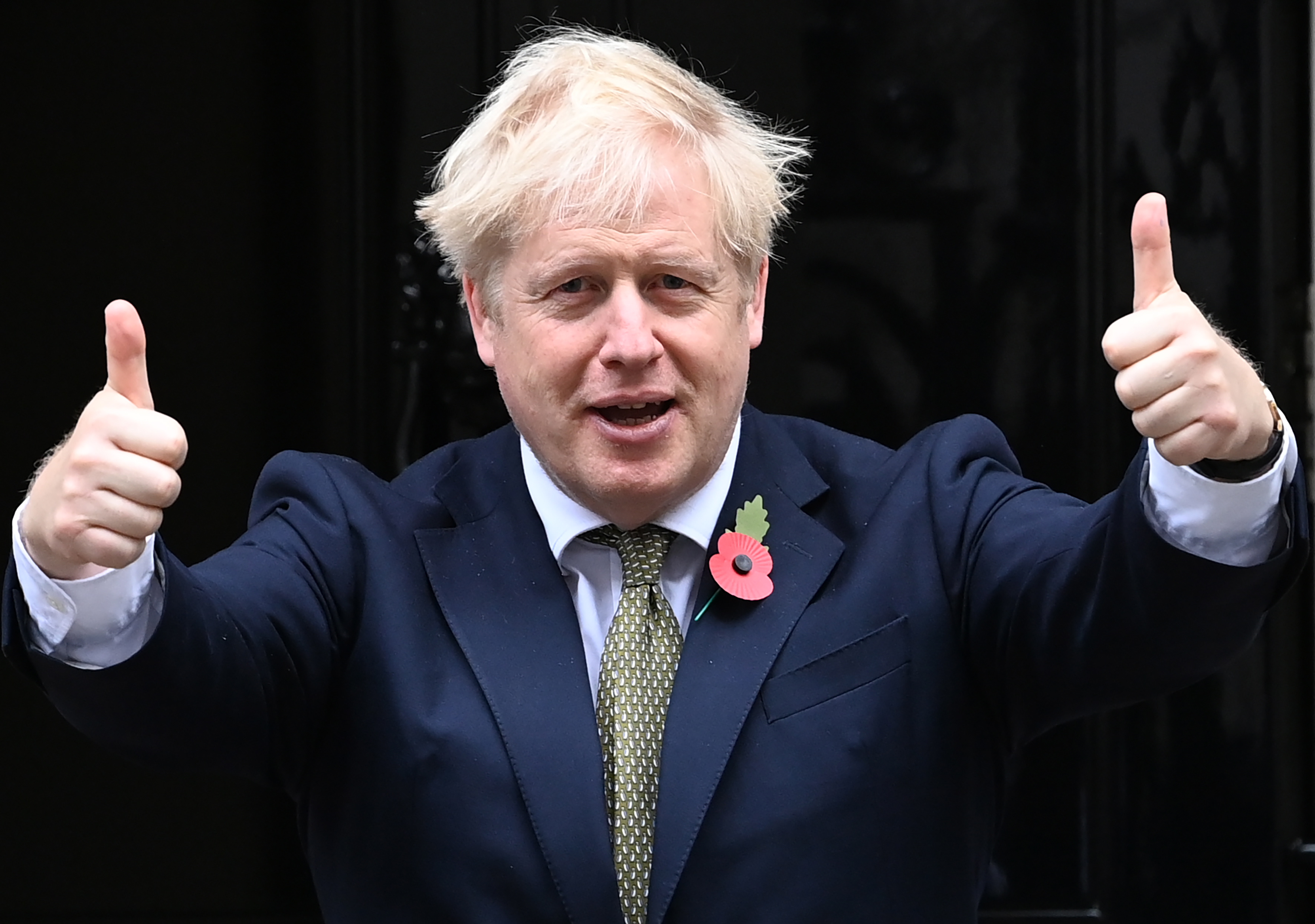 Boris Johnson is now being pressured to do more to control the virus as the second wave is expected to be more deadly than the firstCredit: EPA 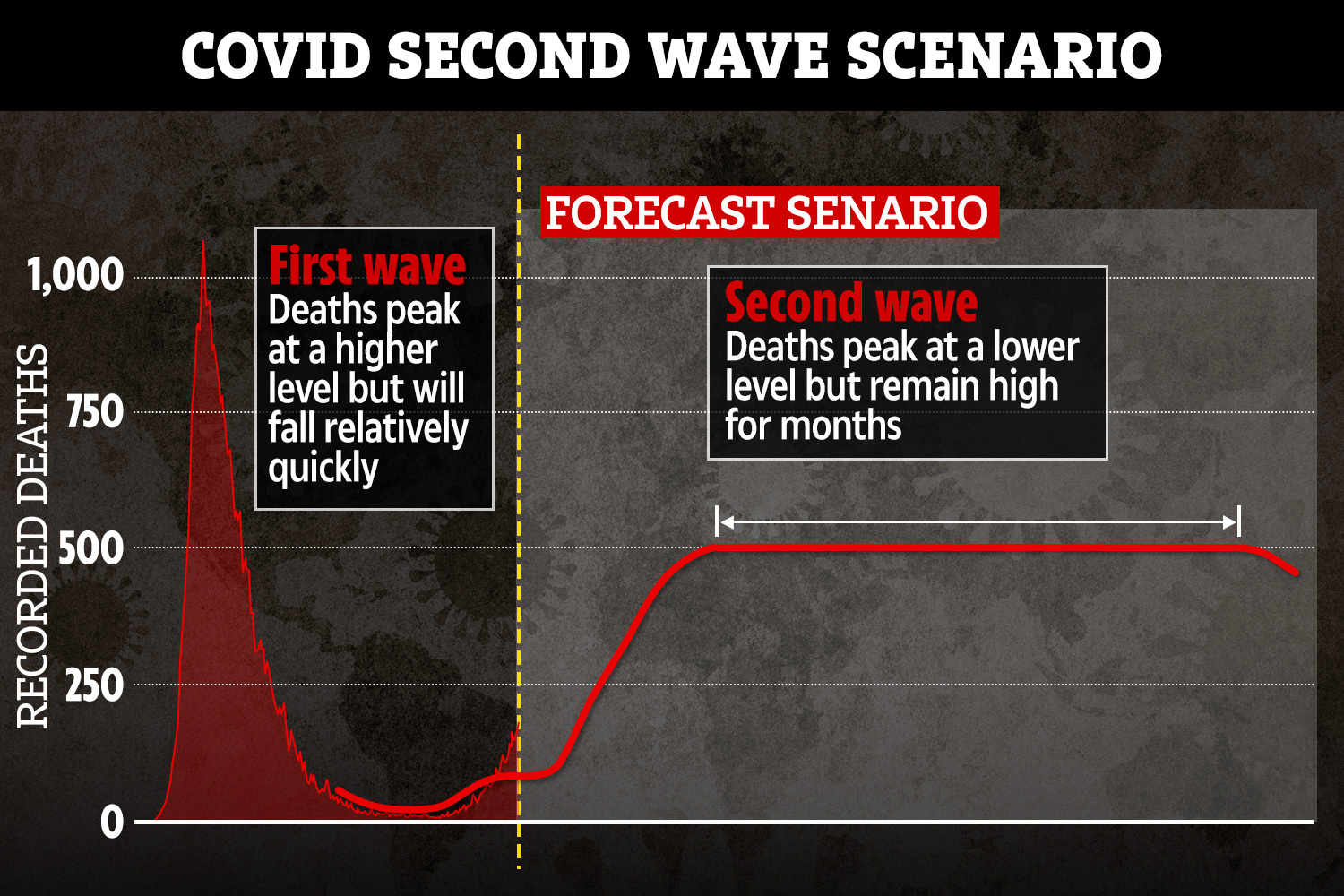 While the death rate is set to peak at a lower number than what we saw earlier in 2020 - deaths are set to stay at the same level for weeks or even months on end.

If the analysis of the second wave is correct, it will mean that the coronavirus death toll could stay steady for longer than it did in March and April.

A source told the Telegraph: "It's going to be worse this time, more deaths.

"That is the projection that has been put in front of the Prime Minister, and he is now being put under a lot of pressure to lockdown again."

The analysis from Scientific Advisory Group for Emergencies (Sage) has caused government advisors to push Boris Johnson to take more drastic measures to control the virus.

The Sun has also learned that the ­latest government modelling overseen by chief scientist Sir Patrick Vallance shows more than 25,000 will be in hospital with the virus by the end of November.

This comes as Britain has suffered its highest daily Covid death toll for more than five months yesterday - after 367 more people lost their lives to the virus. 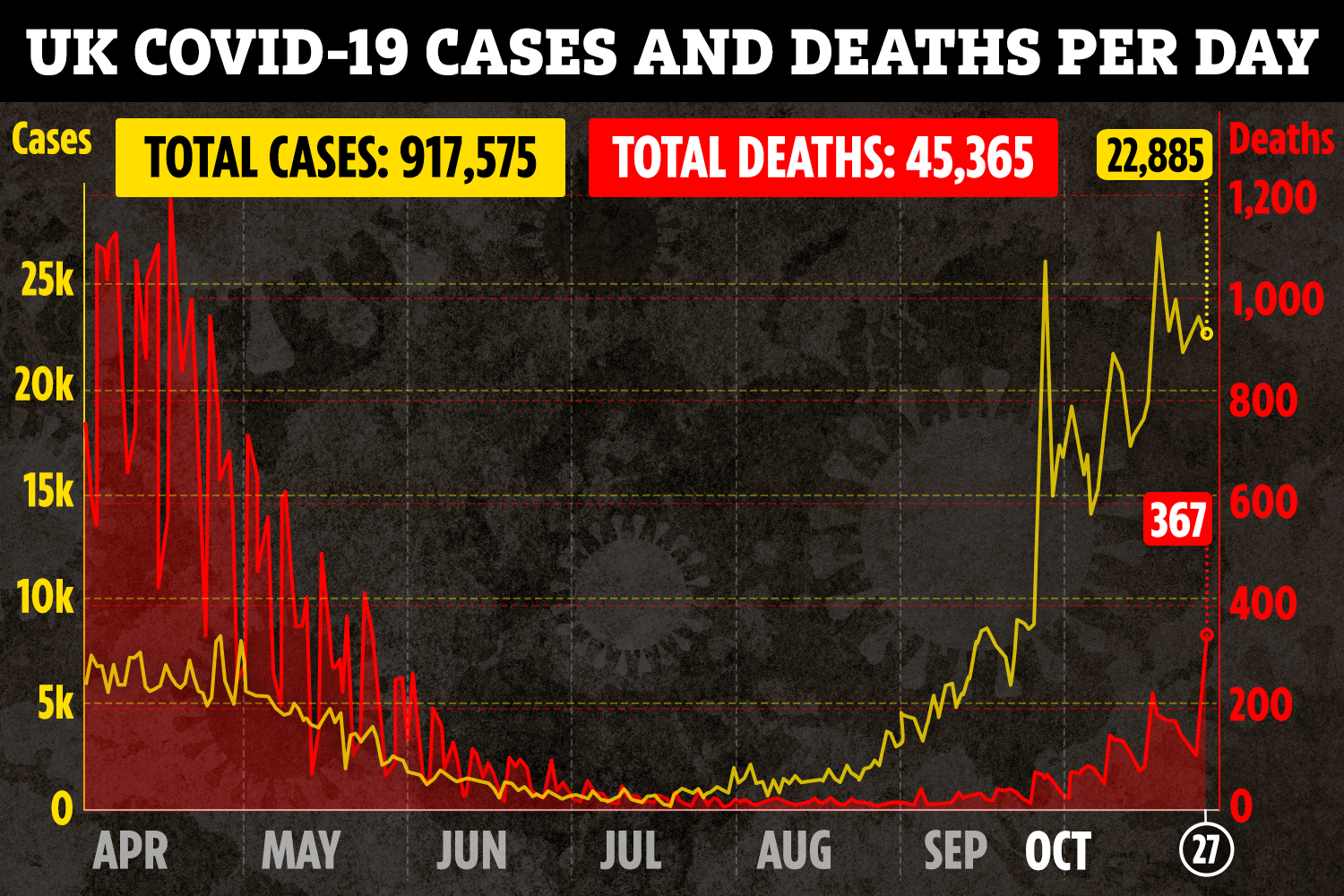 Yesterday was the darkest day for fatalities since May

Another 22,885 people have also tested positive for coronavirus overnight as the country battles a second spike.

Yesterday's deaths figure means, on average, 200 coronavirus deaths have been reported every day in the UK over the last week.

Dr Yvonne Doyle, the medical director of Public Health England, said: "We continue to see the trend in deaths rising, and it is likely this will continue for some time.

"Being seriously ill enough from the infection to need hospital admission can sadly lead to more Covid-related deaths."

Last week, the UK recorded its biggest ever infection rise of 26,688 on Wednesday.

However, a new study has suggested that Britain is "miles off" achieving coronavirus herd immunity.

Woman, 34, forced to live in a tent in the woods after losing job at McDonald’s

On Tuesday, the World Health Organisation (WHO) said Europe's daily Covid deaths had risen by almost 40 per cent in a week. 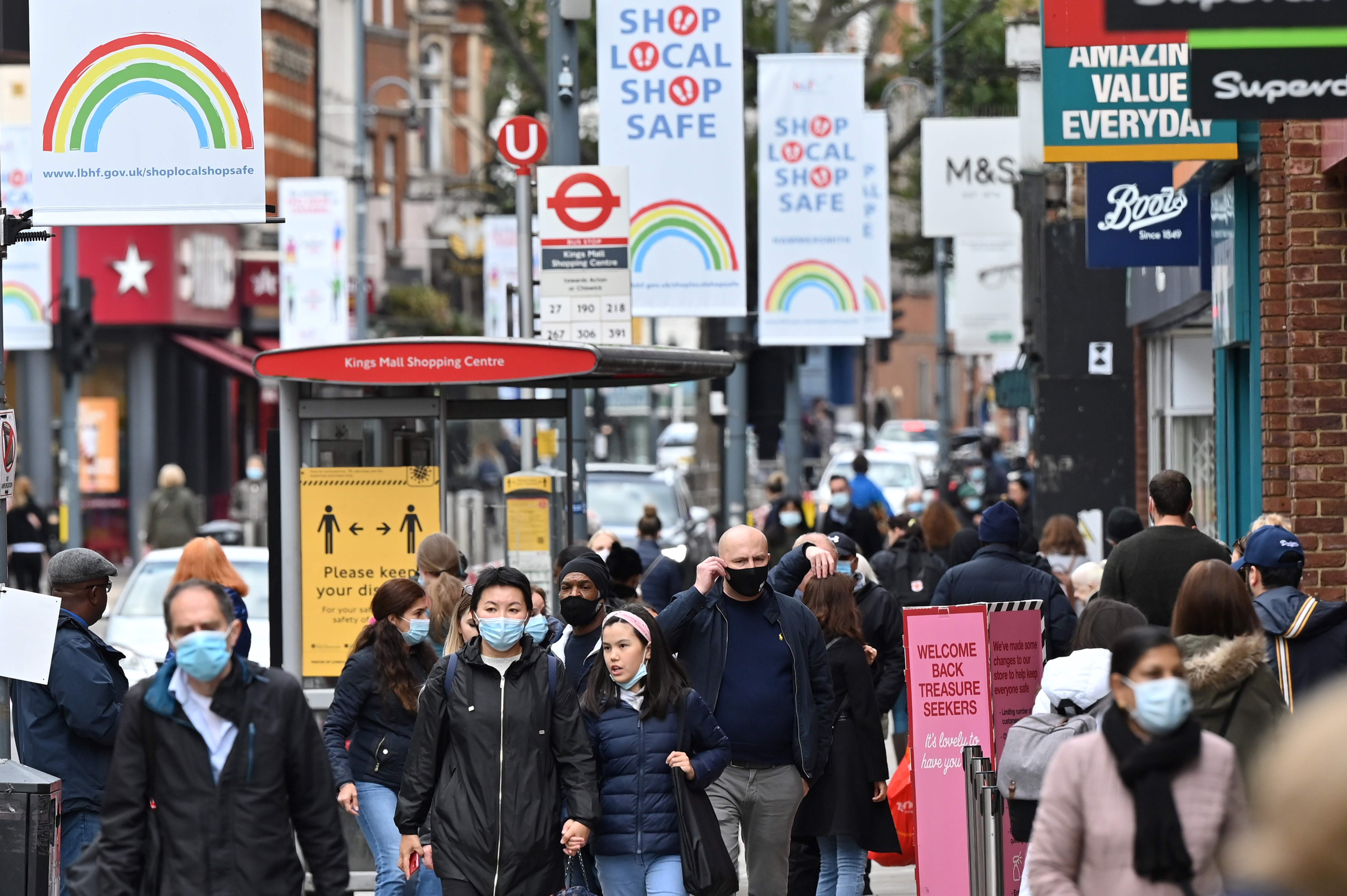 Britain is a 'long way off' achieving herd immunity, top experts have warned 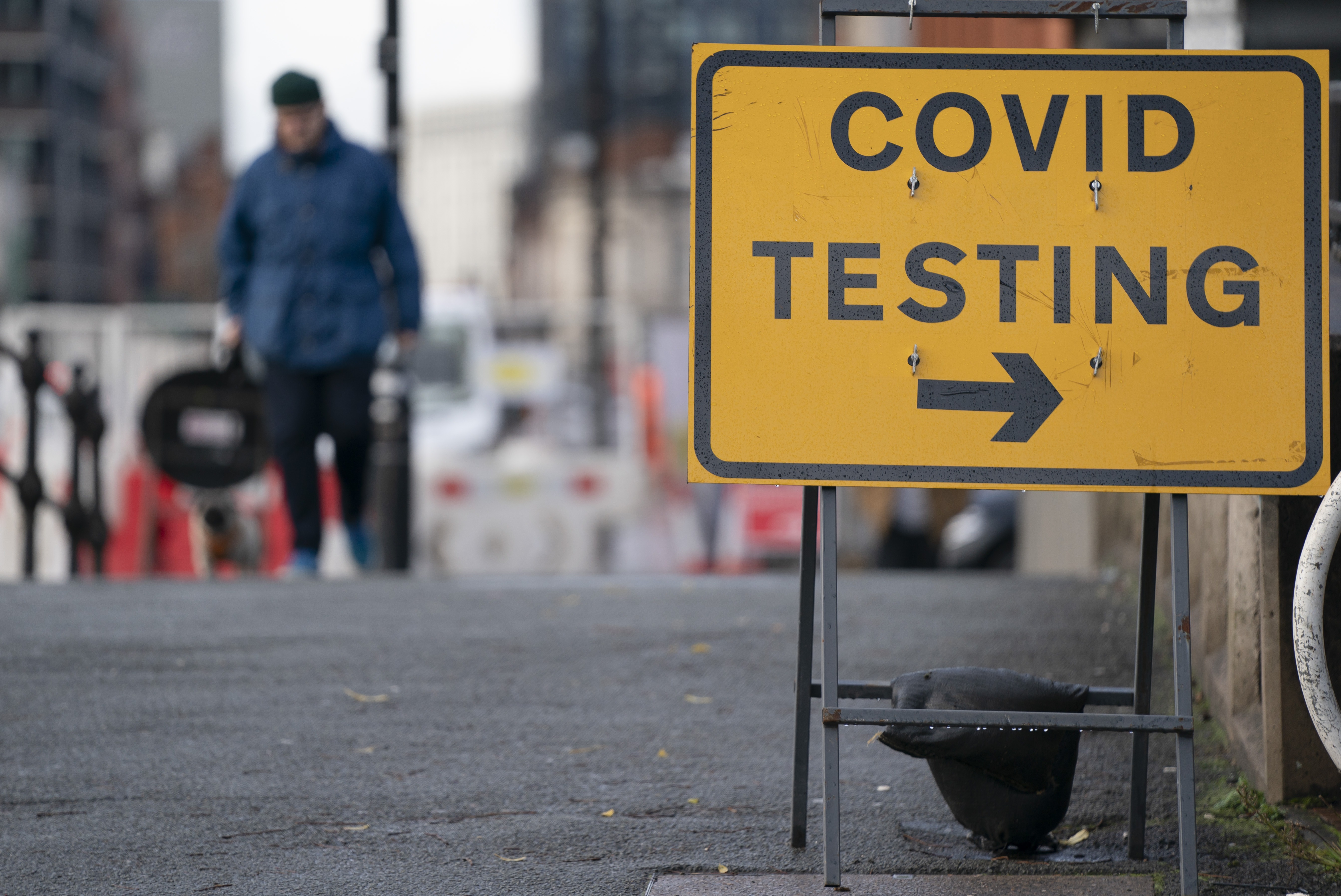 The second wave may be more deadly than the first Credit: Rex Features
Read Entire Article