MORE than half of the UK’s adult population has now received a first dose of the Covid vaccine, the health secretary confirmed today. 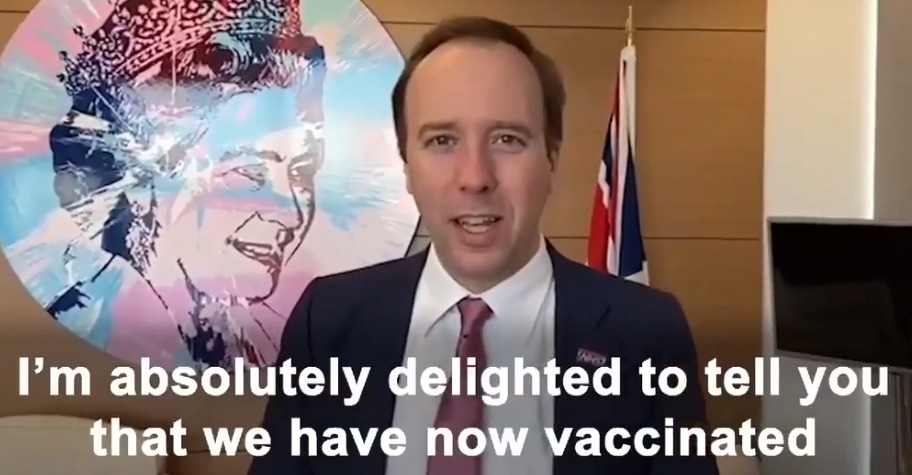 Matt Hancock today confirmed more than half of the adult population has had their first dose of the Covid jabCredit: Twitter

Matt Hancock said in a video this morning: “I’m absolutely delighted to tell you that we have now vaccinated half of all adults in the United Kingdom.

"It’s a huge success. I want to say many, many thanks to all those involved, including the half of all adults who’ve come forward.

"It’s so important because this vaccine is our way out of the pandemic. So when you get the call, please, come forward and get the jab. And join the majority of adults who’ve now been jabbed.”

It meant another 300,000 more jabs were needed to smash the halfway mark.

Boris Johnson - who received his first dose yesterday - has pledged to offer a jab to everyone aged 18 or over in the UK by the end of July 2021.

And in a new Covid vaccine record, the NHS dished out more than 660,000 jabs in a single day on Thursday.

The PM tweeted today: "More than half the adult population of the UK have now received their first jab.

"Many thanks to everyone involved in this fantastic achievement. Let’s keep going!" 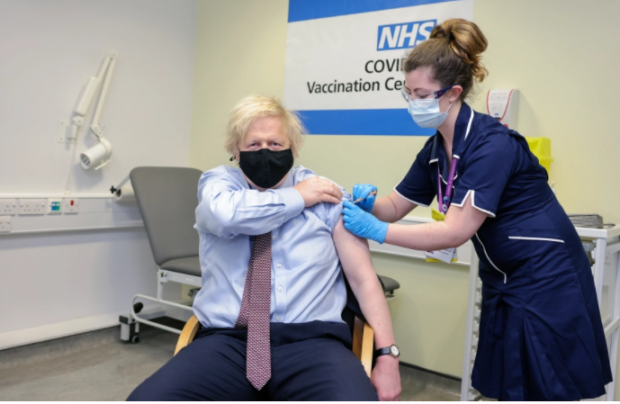 But while ministers said we would have a "bumper" supply this week, that is likely to drop off next month, it is understood.

Under 50s will have to wait for millions more doses to come in to get their jabs.

And instead the NHS will refocus efforts on jabbing anyone who was turned one down the first time.

Ms von der Leyen told AstraZeneca it would block all vaccine supplies leaving the continent if the EU does not receive its deliveries first.

That's the message to AstraZeneca: you fulfil your contract with Europe first before you start delivering to other countries.

In an interview with Germany's Funke media group Ms von der Leyen said: "We have the option of banning a planned export.

And earlier this week she said: "All options are on the table. We are in the crisis of the century and I’m not ruling out anything for now because we have to make sure Europeans are vaccinated as soon as possible."

AstraZeneca's fellow drugs giant Pfizer has urged the EU to back down on its threats, warning that production could "grind to a halt" if Britain retaliates.

Pfizer, and its partner BioNTech, have told the EU that Britain can strike back against any export ban by withholding vital materials, The Telegraph reports.

It comes in the midst of the EU's shambolic jab rollout, which has been plagued by issue after issue.

EU leaders, including French President Emmanuel Macron, were criticised earlier this year for making baseless allegations about the efficacy of the AstraZeneca jab in older patients, which has fuelled a wave of anti-vax sentiment.

More than a dozen EU nations halted use of the vaccine over unsubstantiated fears it may trigger blood clots.

But leaders later admitted it was a political decision.

The fears, however, have damaged confidence in the AstraZeneca jab meaning uptake across Europe has been low.

Within minutes of the EU regular saying the jab was "safe and effective", Italy, France and Germany resumed rollout.

In a desperate bid to prove the jab's safety to Brits, Boris Johnson was given a dose of the AstraZeneca vaccine yesterday.

The PM gave a double thumbs-up to mark the occasion as he was given the jab at Westminster Bridge Vaccination Centre at St Thomas' Hospital in central London shortly after 6.30pm.

Leaving hospital he told reporters: "I literally did not feel a thing and so it was very good, very quick and I cannot recommend it too highly." 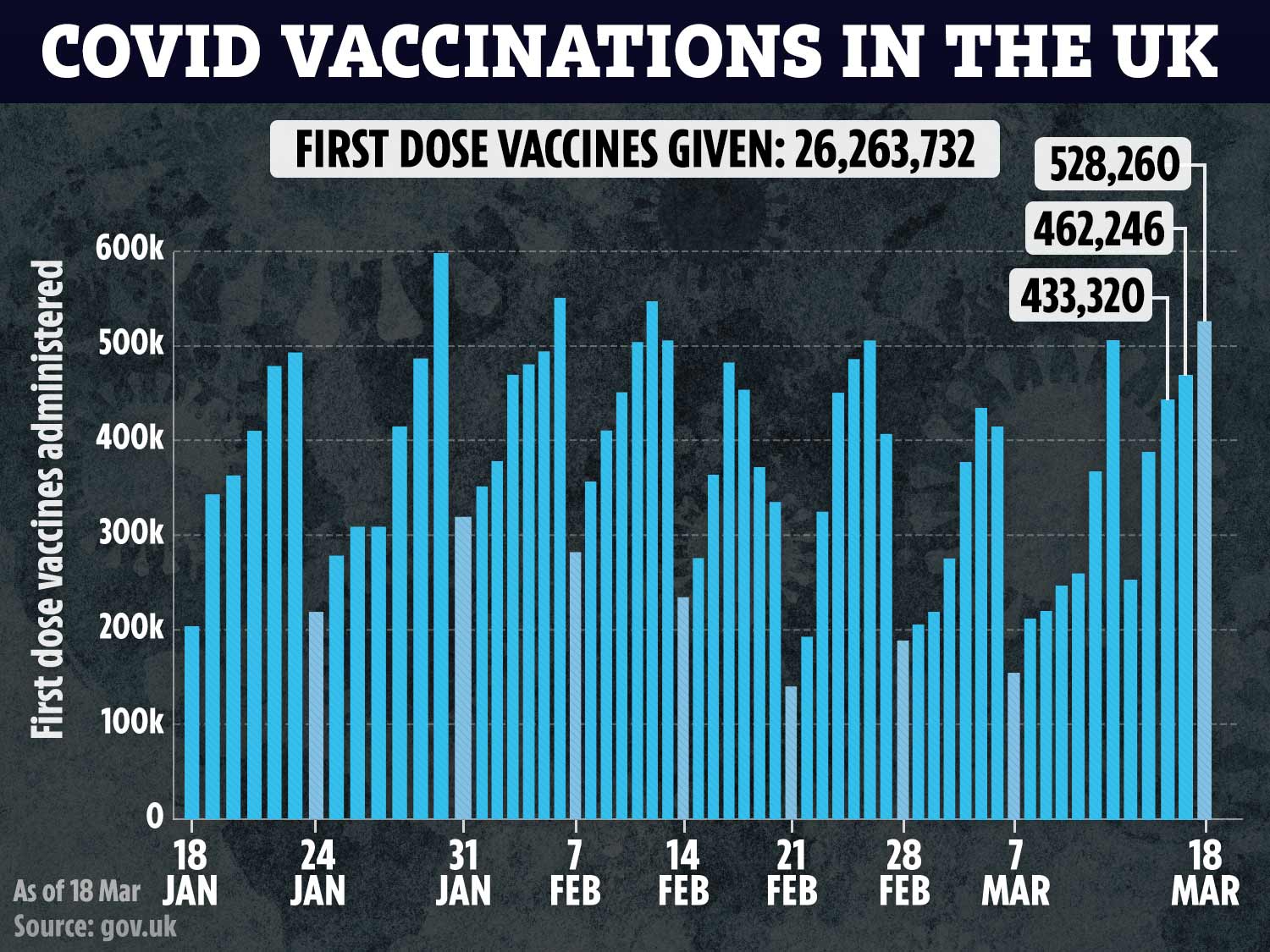 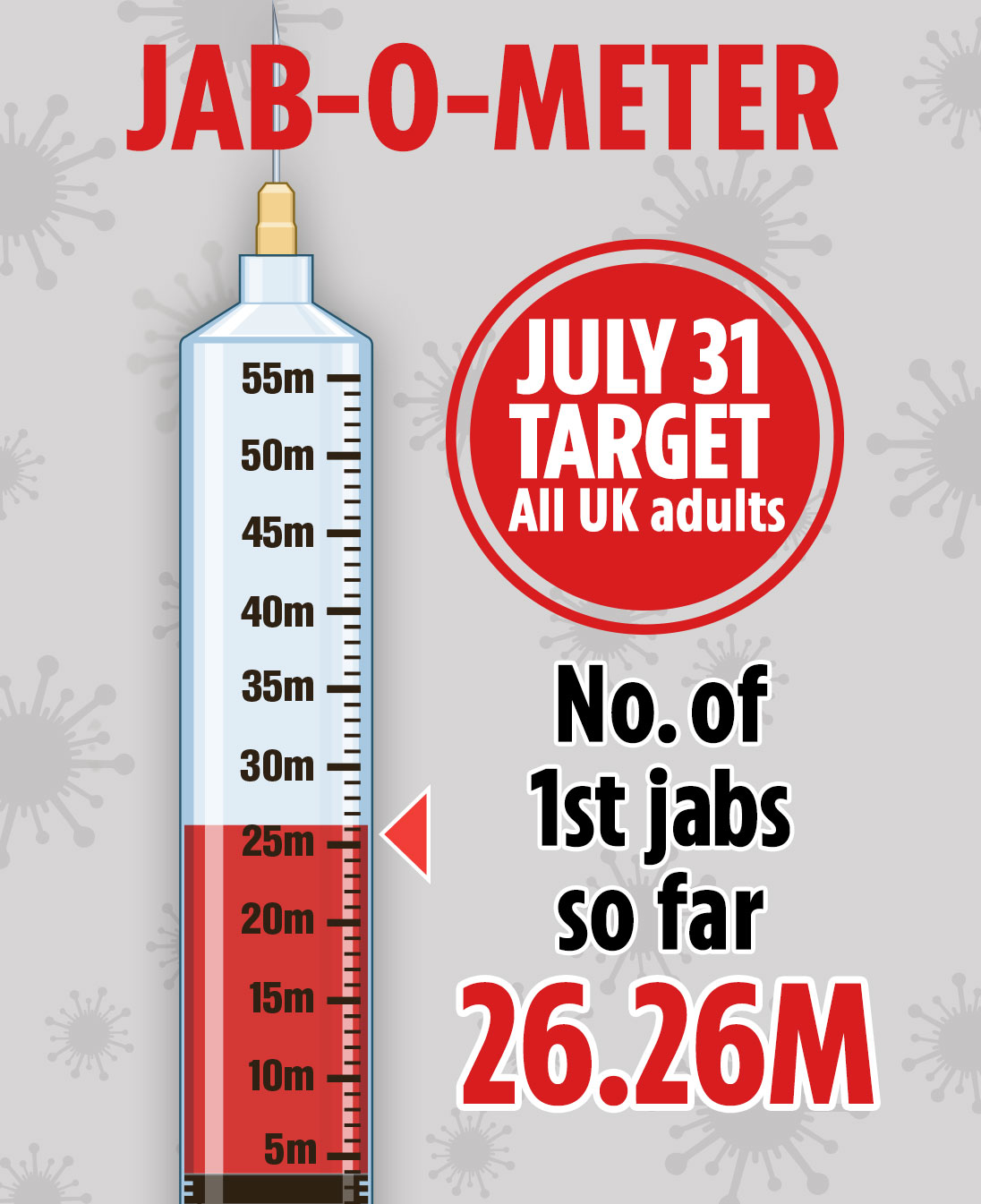 UK breaks Covid vaccine record with more than 660,000 jabs doled out in a DAY