Halloween 2020: Real-life trick-or-treat horrors from cocaine accidentally given to kids to ‘acid-throwing’ ghosts

TRICK-OR-TREATING is supposed to be scary – but these horrific tales of Halloween crime and bloodshed are truly spine-tingling.

Kids in Tier 1 and Tier 2 areas will be allowed out this year as long as they follow Covid rules – but some parents say they'll never let their kids out after previous disturbing experiences. 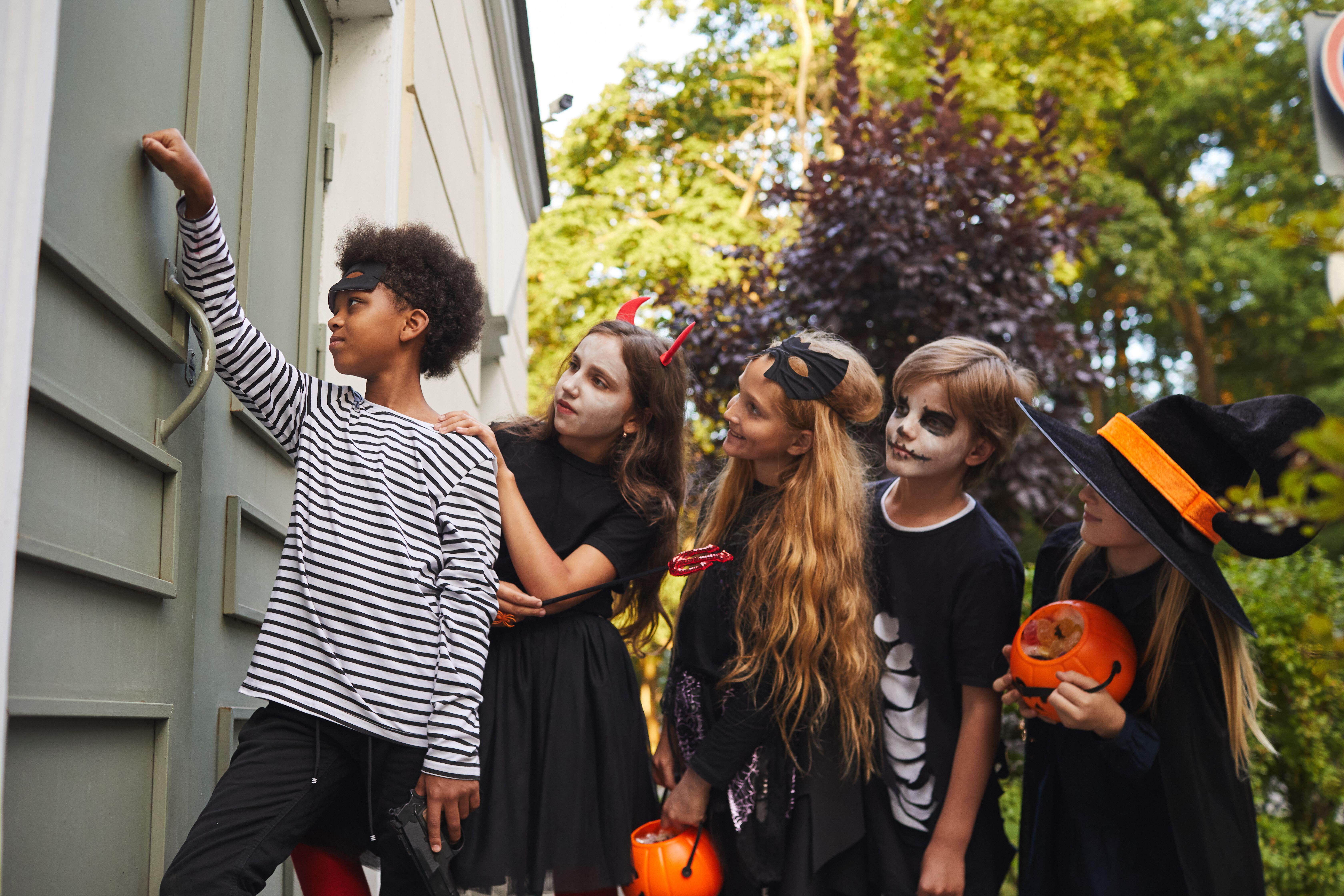 Trick-or-treaters around the world have found themselves in some truly nightmarish situations, including getting caught in gangland crossfire and being chased by vicious dogs.

And even homeowners have found themselves on the receiving end of shocking violence when they've opened their doors to masked strangers on Halloween.

Here are some of the most disturbing true trick-or-treat stories.

It's every parent's worst fear – a stranger giving their child a deadly Class A drug.

That's exactly what happened to Amy Dixon's five-year-old daughter when she went out trick-or-treating in Shiremoor, North Tyneside, in 2018.

Amy found a padded envelope containing pink pills in little Lexi-Mai's Halloween bucket – which cops later told her they believed to be ecstasy. 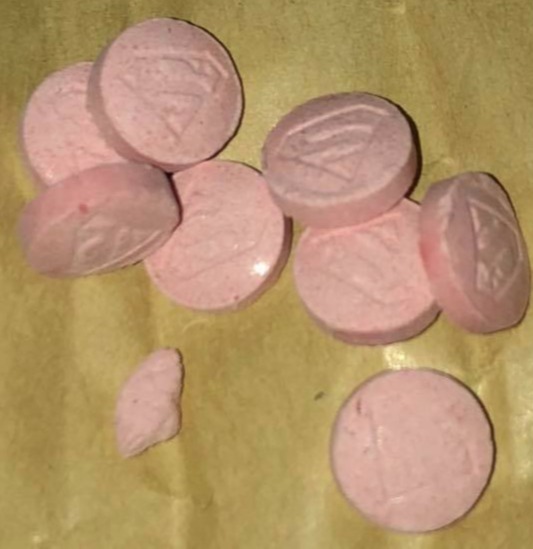 These were the pills that turned up in Lexi-Mai's sweets after she went trick-or-treatingCredit: NCJ Media

Mum-of-four Amy even says she had to stop Lexi-Mai excitedly grabbing them and putting them in her mouth when Amy poured them on to the kitchen counter.

"I have always taught my kids to share, but what would have happened if they had shared these?" Amy said after she found the pills, Metro reports.

"I could have had four little bodies in intensive care, or even in body bags.

"Every single possible situation has gone through my mind. It’s so lucky I found them when I did. Luckily everyone is alright, but I would just urge all parents to check their sweets, if not somebody is going to get seriously hurt." 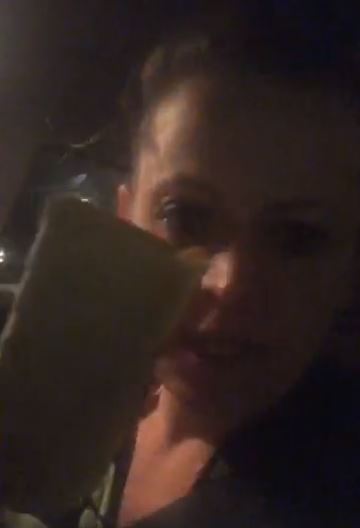 Amy Dixon shared her shock at finding the drugs in a video on FacebookCredit: NCJ Media

Amy says she didn't know if the drugs had been given to Lexi-Mai intentionally or by mistake, but Northumbria Police said they were treating the "extremely concerning" incident seriously.

Coke given to cop's kids

One trick-or-treat mishap which definitely was a costly mistake came in 2012 – when £200 worth of cocaine was given to an off-duty police officer's kids.

Donald Junior Green was at his girlfriend's house in Royton, Greater Manchester, on Halloween when PC Simon Fowell and his three kids knocked on the door.

Green put what he thought were packets of Haribo sweets in the buckets of the kids, aged eight, six, and five, who then thanked him and walked off accompanied by their father. 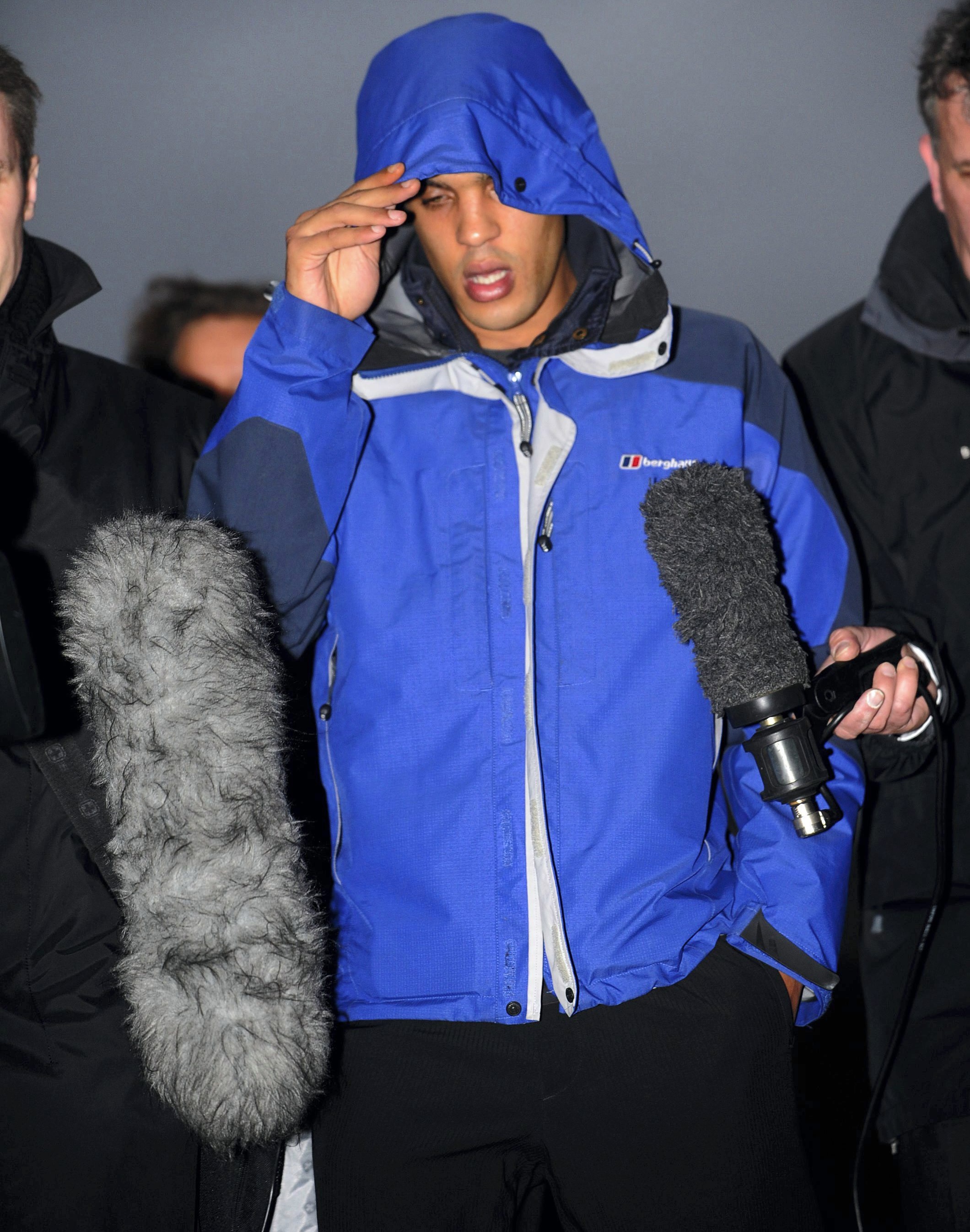 Just a few minutes later, Green reached into his pocket to pull out the eight snap bags of cocaine that he'd bought earlier that day.

To his horror, he only found the Haribo he'd meant to give to the kids.

He immediately got in his car and drove around the area to find the children before it was too late.

But they'd already returned home – where their dad found the drugs and called his on-duty colleagues.

This is clearly a highly unusual and unfortunate case

At trial, Green, who'd never been in trouble with the law before, was given a 12 month community order and sentenced to 130 hours of community work.

Steven Sullivan, defending, said: "This was an accidental act. It was grossly foolhardy," The Mirror reports.

"It took him only a matter of minutes to realise his error. This is clearly a highly unusual and unfortunate case."

Chased down street and mauled by dog

Sometimes the owner isn't the only danger lurking behind strangers' front doors – as one poor schoolgirl found out last Halloween.

Six-year-old Miley Smith was horrifically bitten by a dog which chased her from a house she'd knocked on the door of while trick-or-treating in Newbiggin-by-the-Sea, Northumberland.

Miley had gone out with her 13-year-old sister when the terrifying ordeal started. 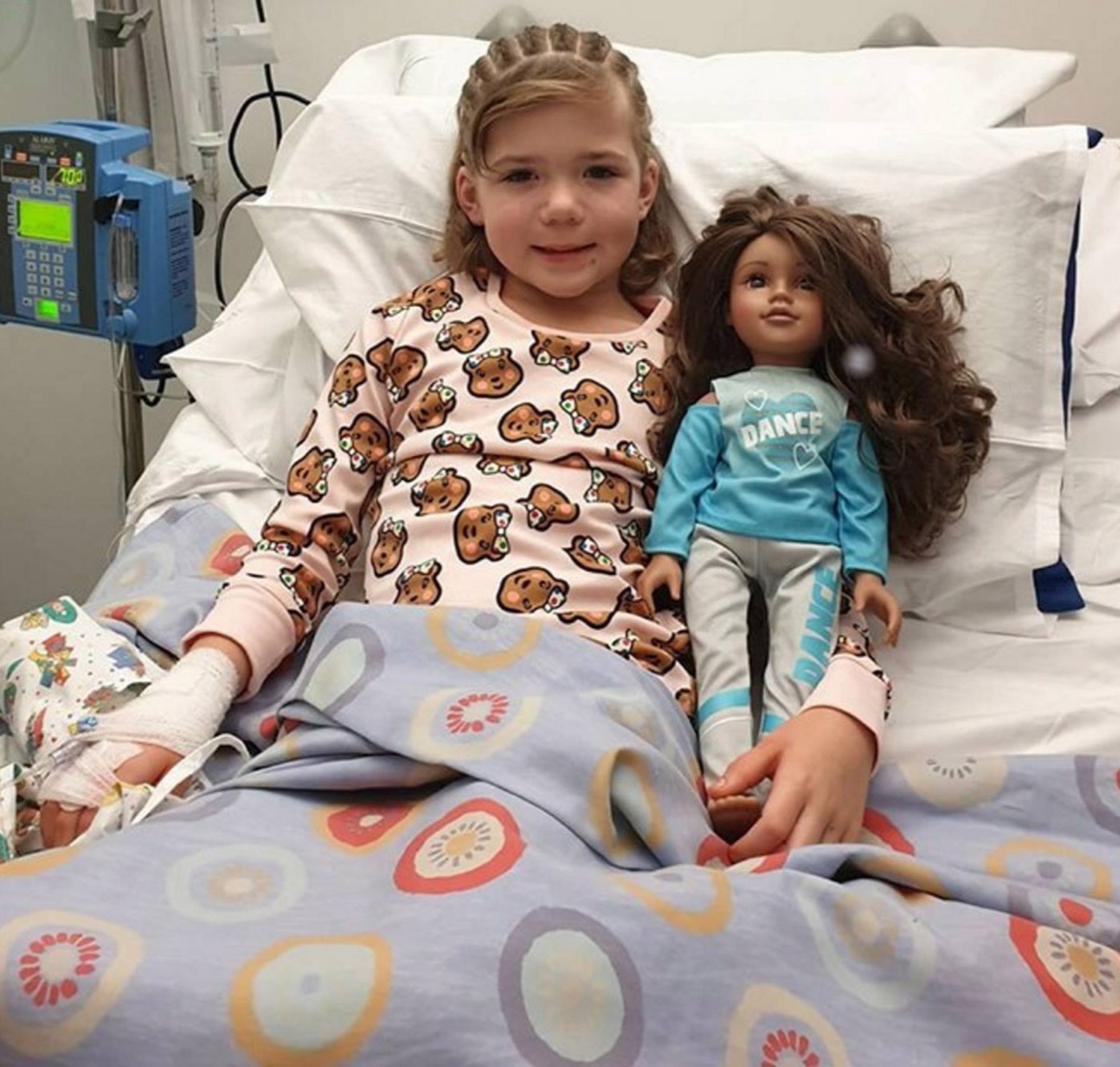 Miley Smith needed hospital treatment after she was bitten by a dog while out trick-or-treating last yearCredit: North News and Pictures

At one house, two large dogs barged past the homeowner and chased the sisters as they ran away in terror.

As Miley attempted to climb over a gate to escape, one of the dogs painfully bit her above her bottom.

She was brought home "screaming and shaking" to mum Vicky who rushed her to hospital.

Miley's wounds were cleaned and stitched up and was told she'd need to return for follow-up appointments. 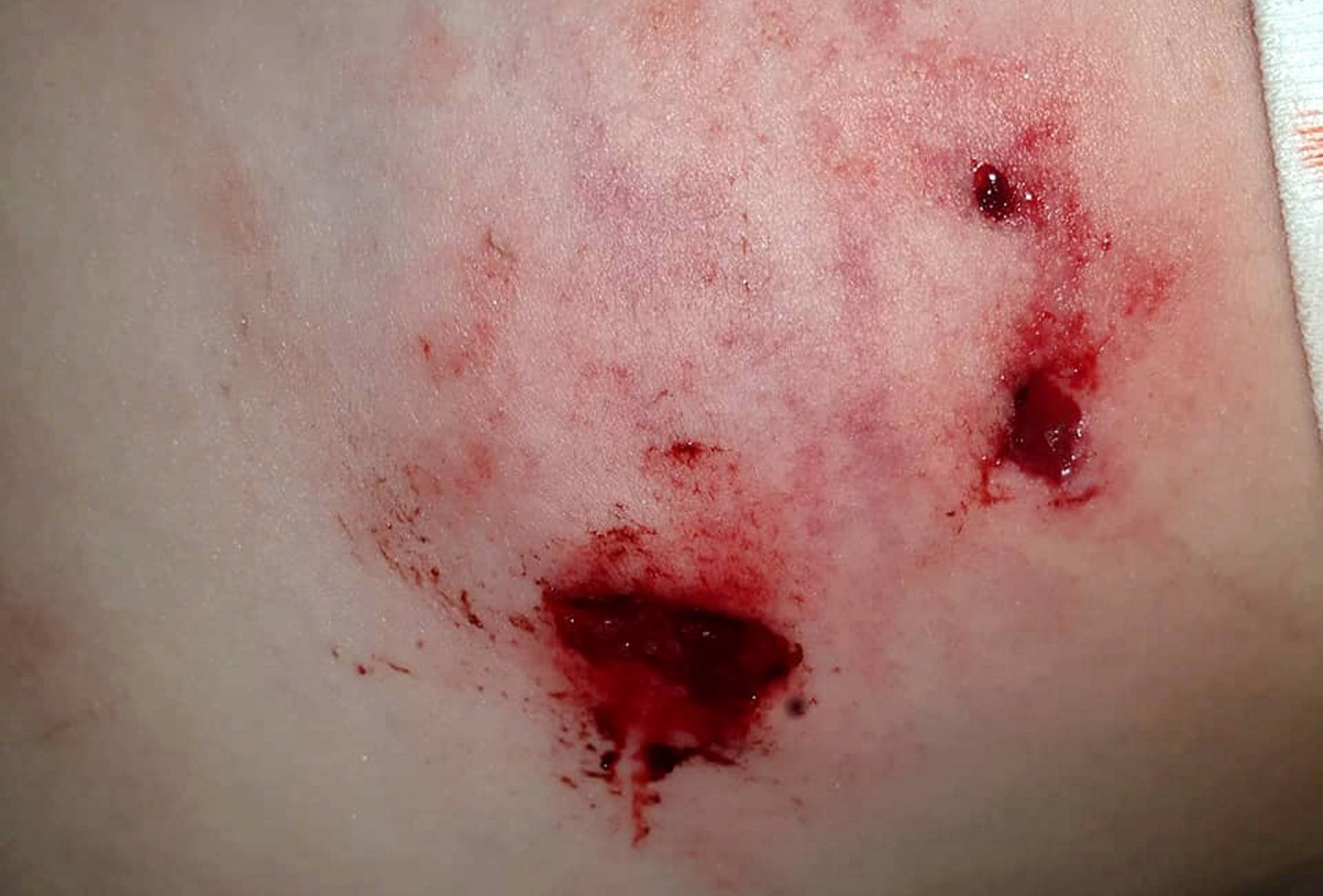 Miley's wounds after she was bitten trying to escape a dog chasing herCredit: North News and Pictures

"Those dogs live a few yards from a play park and they could easily escape and attack another child.

"I do not want another child to go through what she has or what we as a family have been through."

Girl shot in the throat

Some trick-or-treating tragedies have even nearly cost some children their lives.

A 15-year-old boy was charged with attempted murder after he shot a seven-year-old girl dressed in a Minnie Mouse costume in the neck. 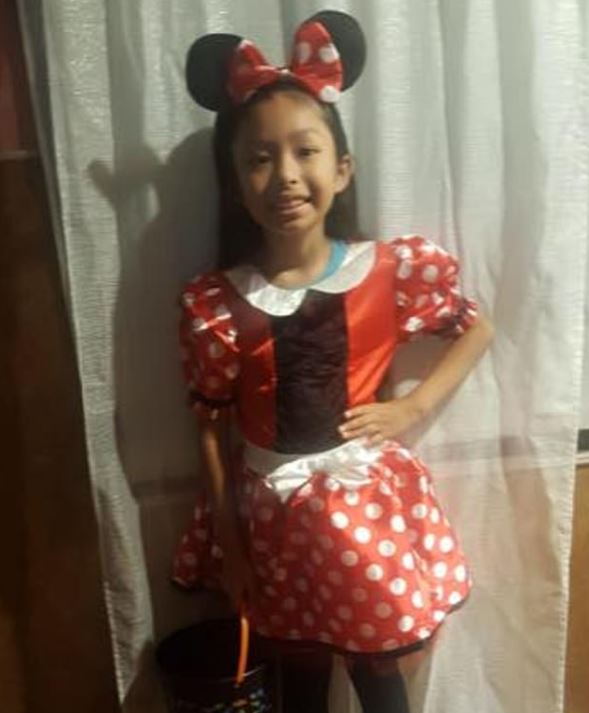 Giselle Zamago was just seven years old when she was shot in the neck in Chicago last HalloweenCredit: GoFundMe 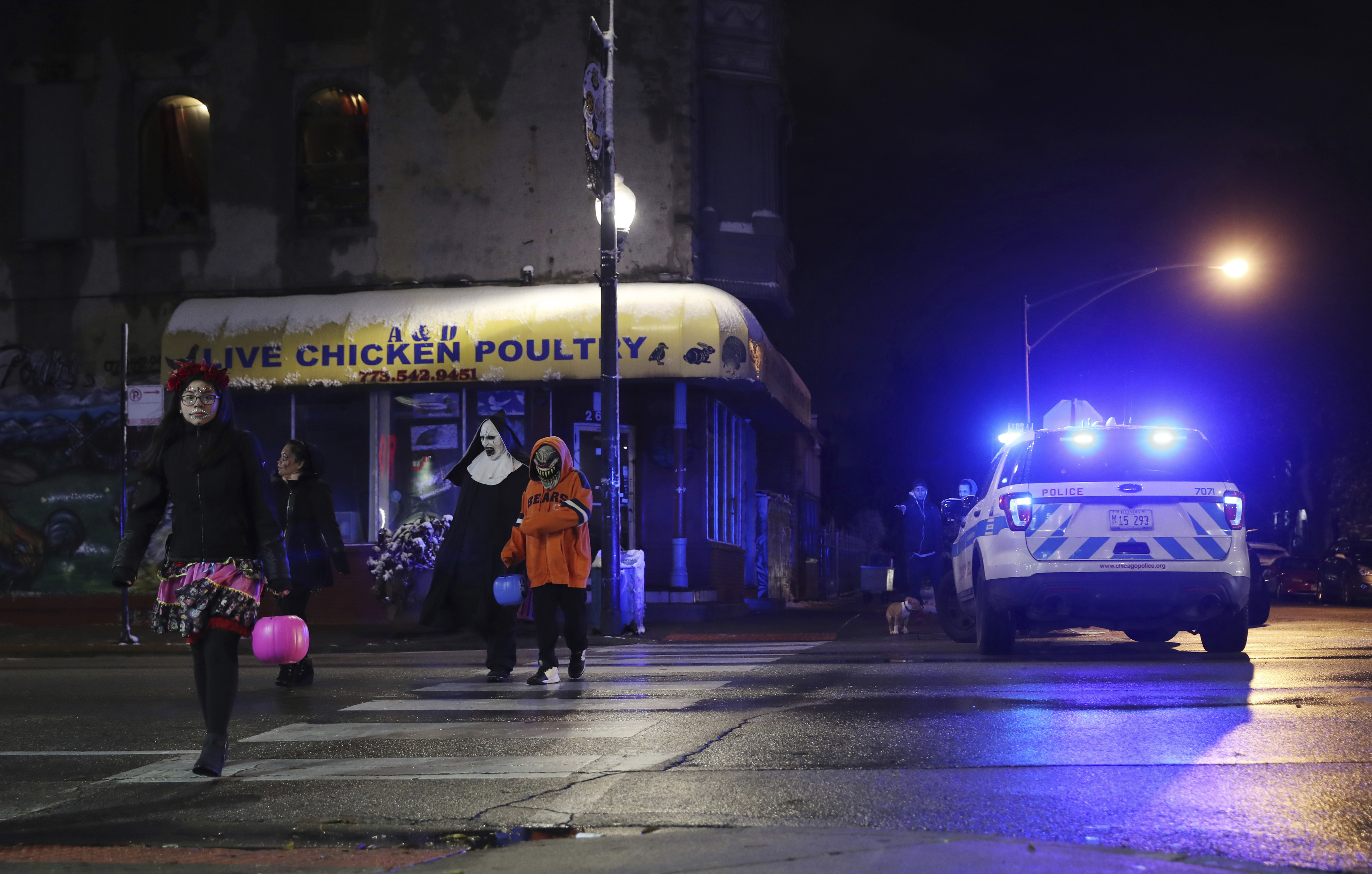 Cops and trick-or-treaters near the site of the shooting, which could have killed GiselleCredit: AP:Associated Press

The shooter, who was wearing a Friday the 13th-style hockey mask, was thought to have been targeting a rival gang member, instead hitting the child and a 31-year-old man in the hand.

The little girl, Giselle Zamago, was caught in the crossfire while trick-or-treating in the Little Village neighbourhood of Chicago.

She was taken to hospital in a critical but stable condition. 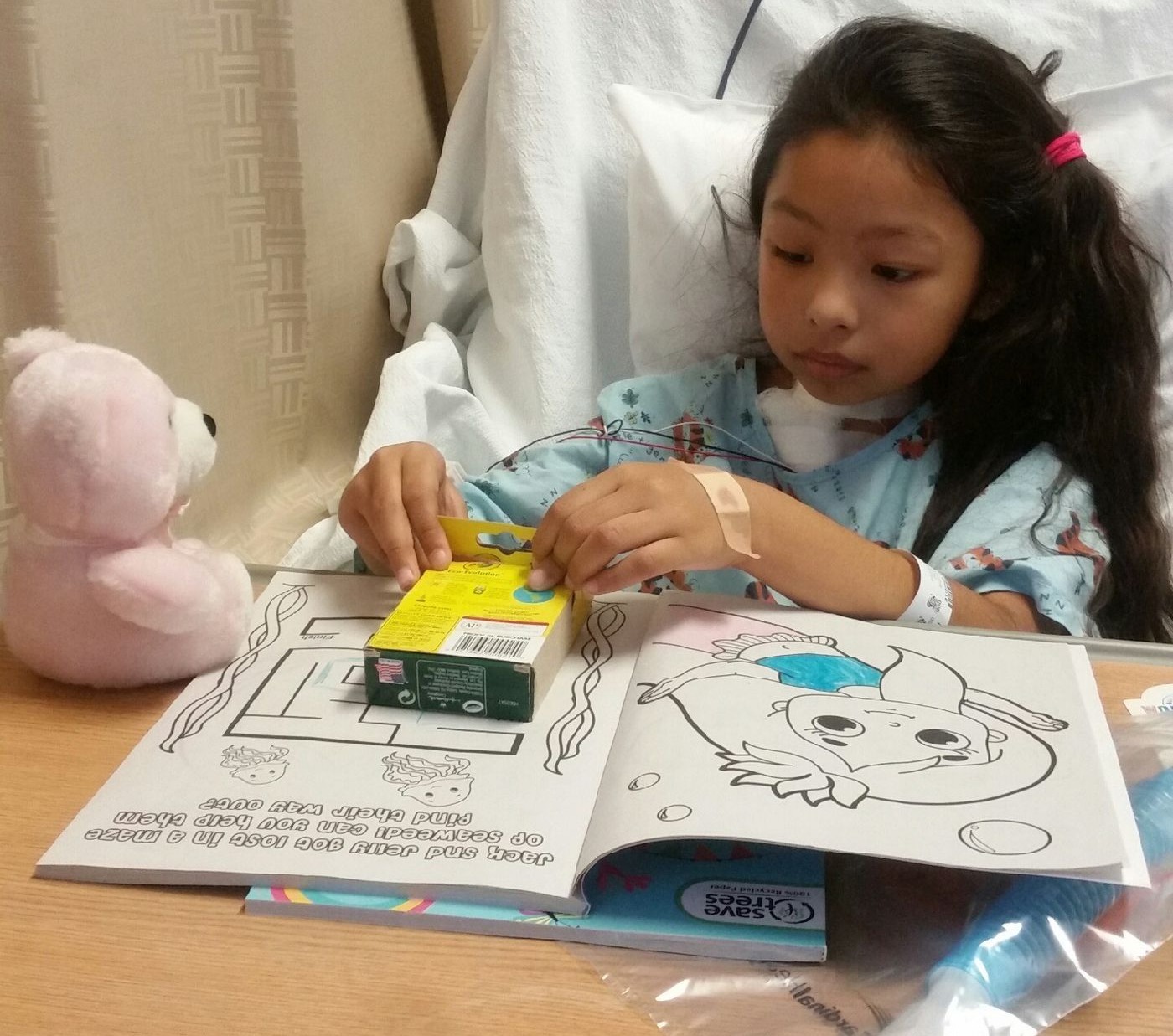 Giselle's parents said her survival of the shooting was a 'miracle'

Giselle spent two weeks being treated in hospital before she was allowed to go home.

Her parents described her survival as a "miracle", 5Chicago reports.

"Thanks to all of everyone’s prayers," mum Delfina Lagunas said, translated from Spanish.

"I am very grateful, my husband too. Thank God she is here with us."

It's not always trick-or-treaters who are at risk on Halloween.

In 2018, a man in his 30s opened his door in High Wycombe, Bucks, to find a trick-or-treater dressed as a ghost on his doorstep.

Without warning, the trick-or-treater threw a corrosive substance at the homeowner, causing him to suffer painful burns to his face and feet. 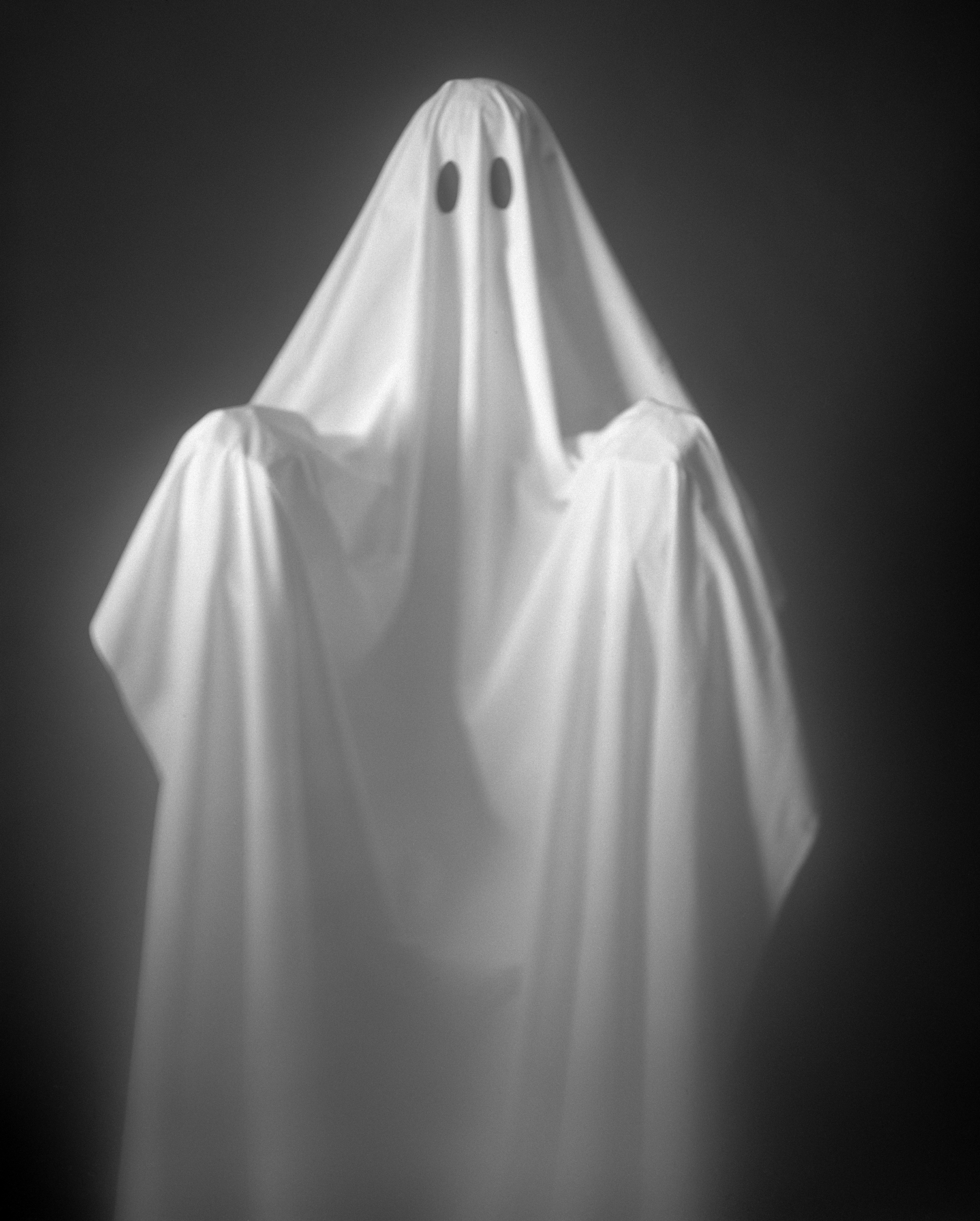 The attacker was wearing a white sheet with eye holes cut into it (stock photo)Credit: Getty - Contributor

The attacker, who was described as wearing a white sheet with eye holes cut out, poured a corrosive pink liquid on the victim before fleeing.

“As it was Halloween, the victim assumed he was answering the door to a trick or treater, but without warning the offender threw two cups of liquid at him," Det Sgt David Mitchell of Thames Valley police told Bucks Free Press.

“Although the victim sustained burns to his face and feet, thankfully these were not too serious and he is now recovering, having been treated by staff at Wycombe General Hospital."