Heartbroken family ‘devastated beyond words’ as PCSO, 48, dies of coronavirus

HEARTBROKEN family members have paid tribute to a police community support officer who died after testing positive for coronavirus.

Graham Wesley Dinning, 48, worked for Northumbria Police for 28 years before he contracted the killer virus - and his death has left his family "devastated beyond words." 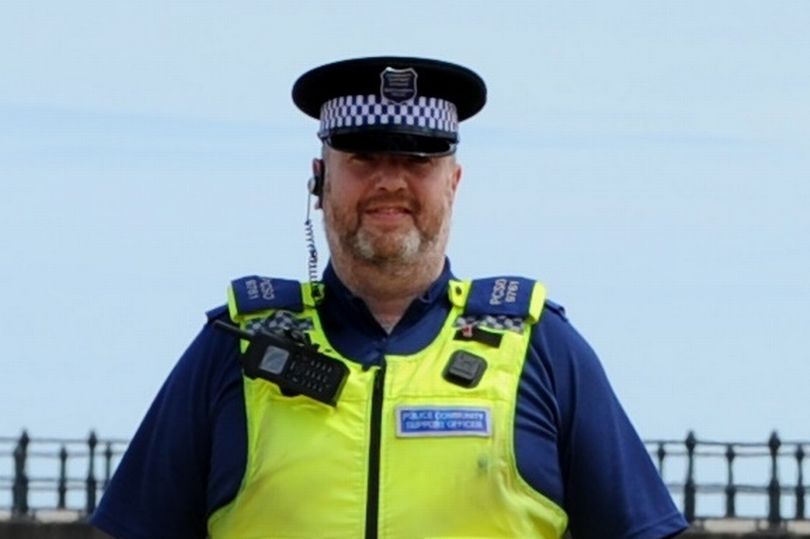 The popular PCSO, known as Wez, tested positive for coronavirus on October 14 and had been self-isolating at home.

However, his condition worsened and he sadly died on Wednesday.

The police force said he was a real character, well-respected and worked to make a difference to the communities he served.

Wez left behind his beloved wife Laura, who also works for Northumbria Police, and their son, Adam.

Paying tribute, his wife Laura said: "We are absolutely devastated beyond words.

"Wez was a caring and loving husband and father and an incredible friend who will be greatly missed by so many.

"He really loved working for Northumbria Police and was proud to be a PCSO.

"I would ask everyone who had the pleasure of knowing him, that they remember him with humour because I know that's what he would want."

He said: "The thoughts of everyone at Northumbria Police are with Laura and Adam and Graham's wider family and friends at this extremely difficult time.

"They have our deepest sympathies and our full support.

"Many of those friends include colleagues, and the impact of this tragic loss will be felt across the whole police family.

"Graham was a dedicated and well-respected member of Northumbria Police.

"He was a real character and was an extremely popular and likeable colleague who was committed to making a real difference to the communities he served."

Graham began his career with Northumbria Police more than 28 years ago as a general office assistant in Farringdon, Sunderland.

He went on to secure a role as a PCSO, working in central area command between September 2017 and April 2019.

He then made the move back to southern area command and was most recently involved in a project working with partner organisations in Southwick.

Mr Keenen added: "I would like to thank our officers, staff and volunteers - and all of our colleagues across the emergency services - who continue to display unwavering commitment and professionalism at these most challenging of times."

Another 310 Brits lost their lives to coronavirus as deaths double in just a fortnight - while a further 24,701 people tested positive overnight.

It's the second consecutive day that deaths have been above 300.

A further 367 people were reported to have died with the virus yesterday - the highest number in more than five months.