Homeowners left horrified as ‘river of sewage’ runs down drive of £260,000 new-build home

HOMEOWNERS were horrified when they spotted a "river of sewage" running down their driveway on their £260,000 new-build home.

Families were surrounded by foul flooding, raw sewage, and human waste after days of heavy rain on their housing estate in Cramlington, Northumberland. 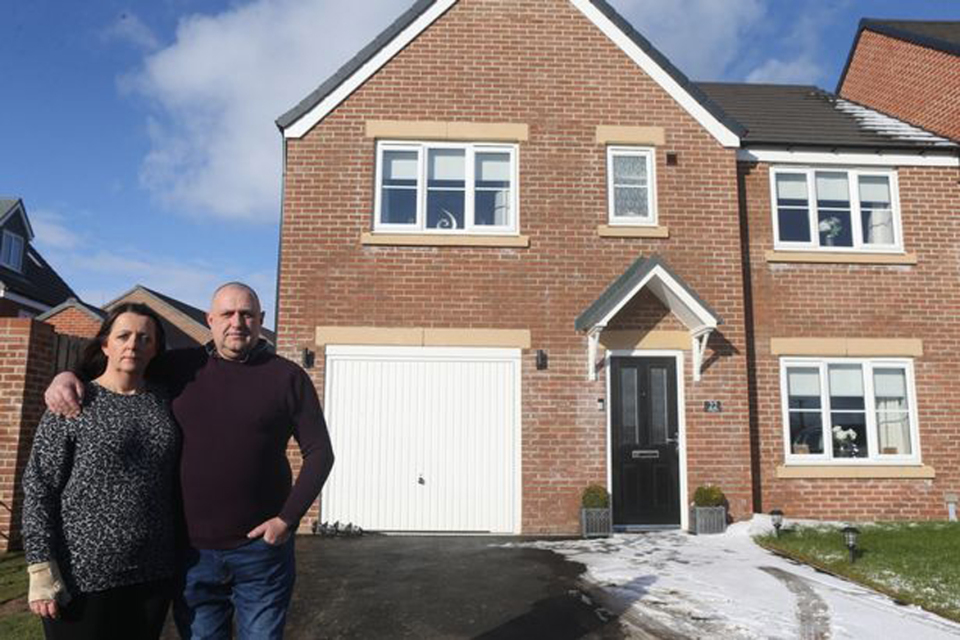 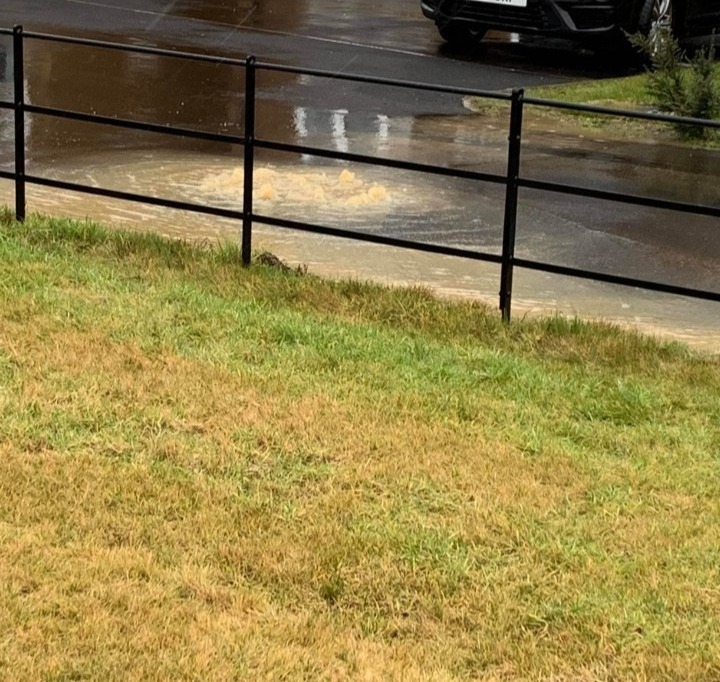 The streams of foul water gushed through the development, which even caused waste to be deposited in the homeowners' gardens and patios.

Kimberley Bourton, 48, moved into her brand new £260,000 home on The Fairways Estate with her husband Lee in August.

The pair were excited to start life in what should have been their "ideal home" - before the sewage problems began.

They claimed that manhole covers would overflow "after any heavy rainfall," and after a deluge in February, "disgusting" waste streams were freely flowing around much of the developement.

Inside the houses, the horror continued - with water rising up in toilet bowls, sinks and showers.

Persimmon Homes, who Kim and Lee bought their property from, have apologised for the foul flooding - and said that work is currently underway to solve the problem.

NHS worker Kim told Chronicle Live: "We actually had a river of sewage running down our front lawn and over the drive. You can't flush the toilets when the drains are overflowing, it's disgusting, absolutely terrible. 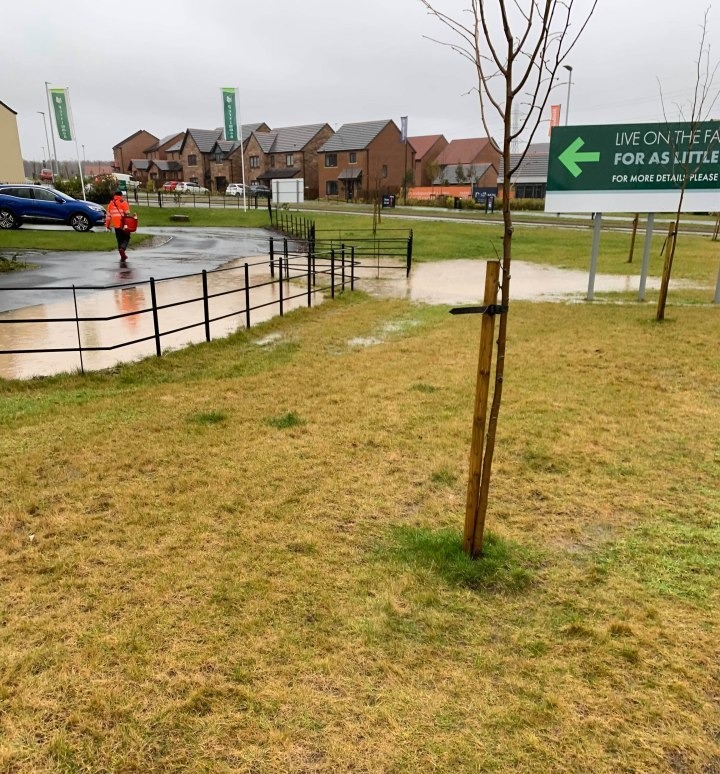 The foul flooding across the housing development, where some homeowners have seen human excrement in their gardens

"A lot of other houses on the estate have been affected. One lady had been out shopping and came back to find her garden was covered with faeces, all over the patio.

"We are concerned about the health of residents, especially with Covid, it's very worrying."

The couple added that they'd been "banging their heads off a brick wall" trying to get issues with their home resolved ever since they had moved in.

And despite the site now being free from sewage, Kim said she didn't have confidence that more rainfall wouldn't bring the problems to the surface again.

The 48-year-old added: "The plot that we chose has a beautiful outlook over the fields. This was meant to be our ideal property and it really hasn't worked out the way it was meant to.

"You just expect it to be a brilliant new house that you can move into with no problems at all, but it's just been one thing after another."

A spokesperson for Persimmon Homes said: “We apologise to our customers who were affected and wish to reassure them that our engineers are looking into the cause to ensure this does not happen again.

“We believe the extreme weather caused surface water to enter the foul drainage system which then escaped from the drainage covers.

“A soon as we were made aware of the problem, we arranged for specialist contractors to pump out and remove the waste-water from the systems, clean and sterilise the areas affected at the development.

“Work is currently underway by us and co-developer Bellway, to identify as a matter of priority where the surface water entered the drainage system and to prevent this being repeated.

"We will continue to keep our homeowners affected updated on progress.”

A Bellway spokesperson added: “Work between Bellway and Persimmon is already underway to ensure the prevention of surface water entering the drainage system again, and we will communicate directly to any of our homeowners affected by this issue to update them on the progress of this work.”