Horrifying moment teen yob kicks autistic girl, 14, in the face while she cowers on the floor

THIS is the horrifying moment a teen kicks a 14-year-old girl with autism in the face while calling her a sl*g as she cowers on the floor.

Hope Richmond had been lured to Chorlton Park in Manchester on Monday evening by a teen from school before she was savagely attacked by another girl on camera. 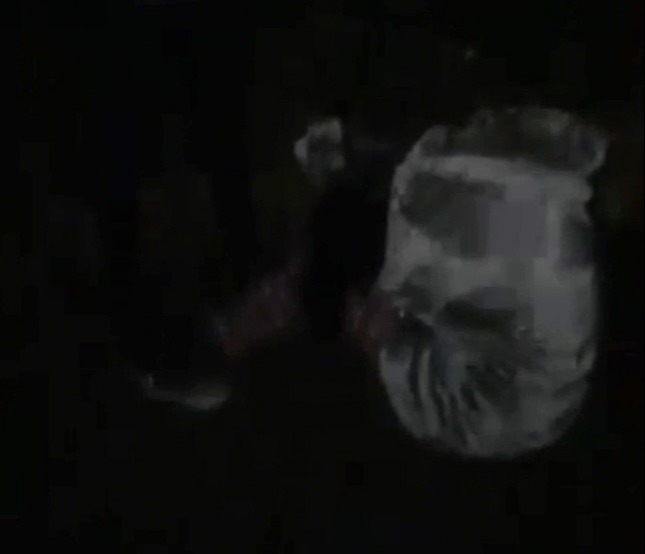 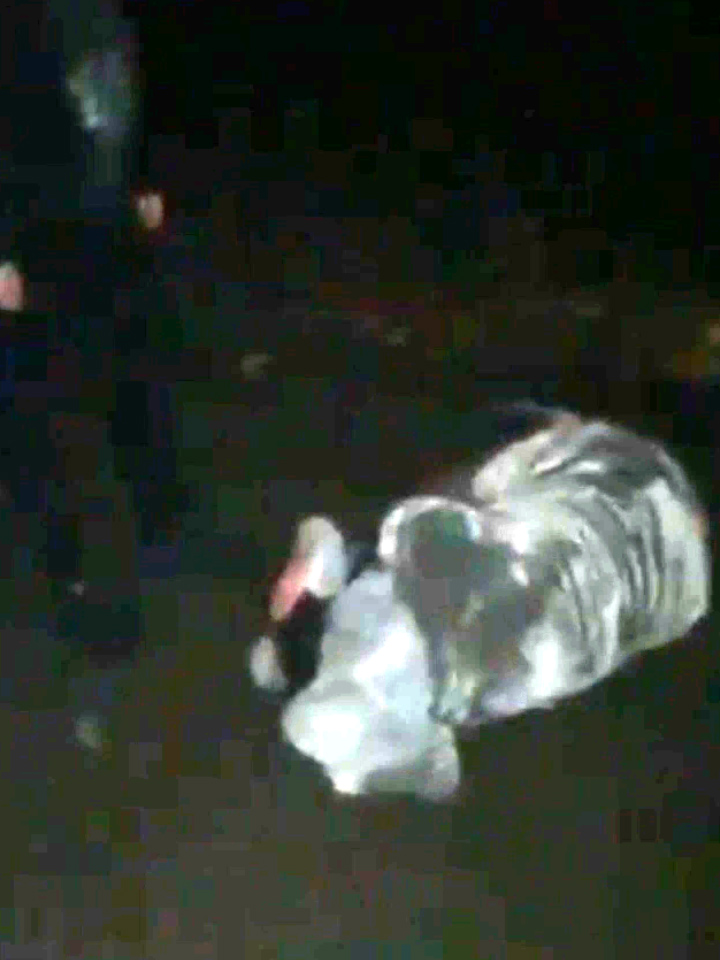 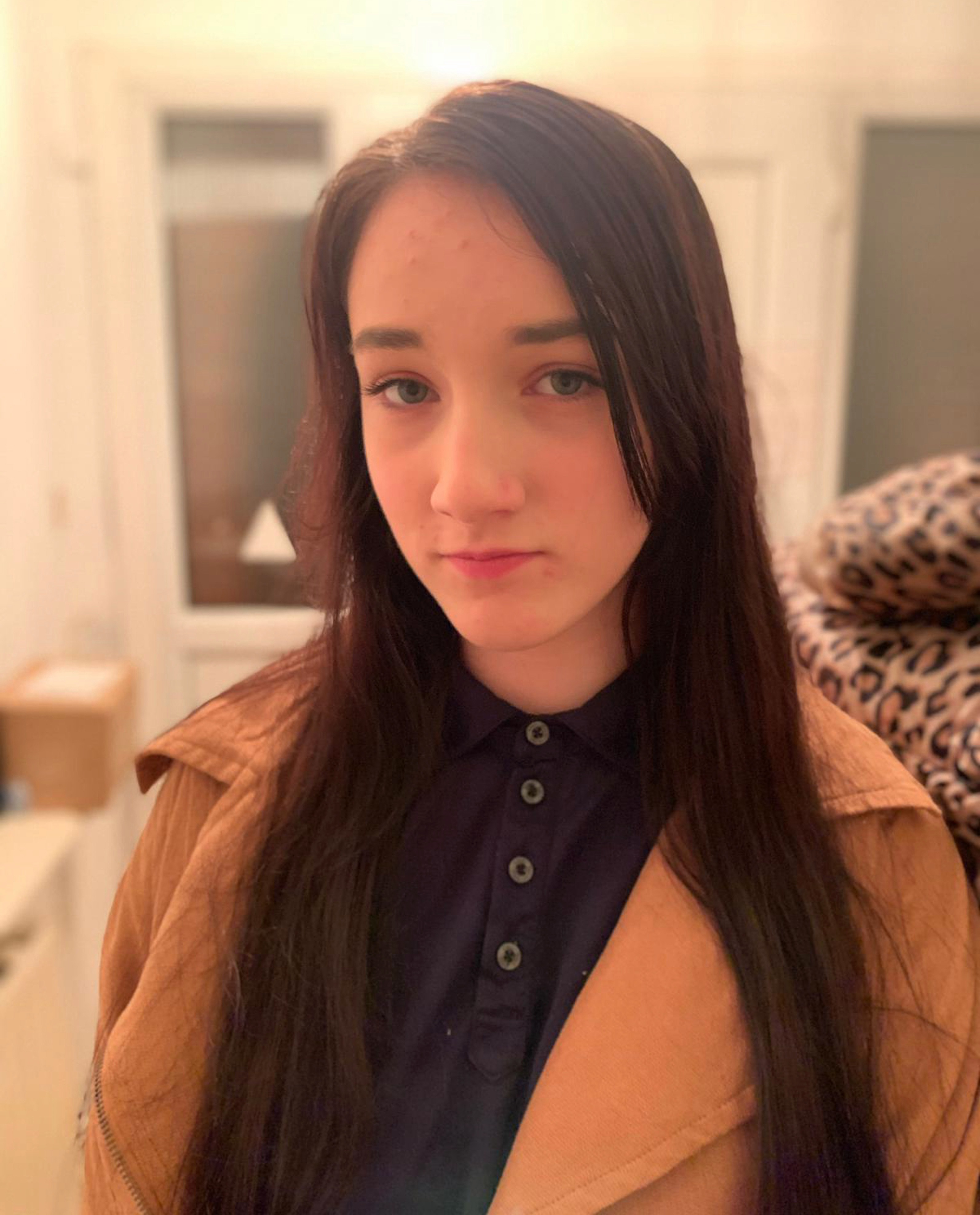 Hope Richmond was lured to a park in Manchester where she was horrifically beaten Credit: Mercury Press 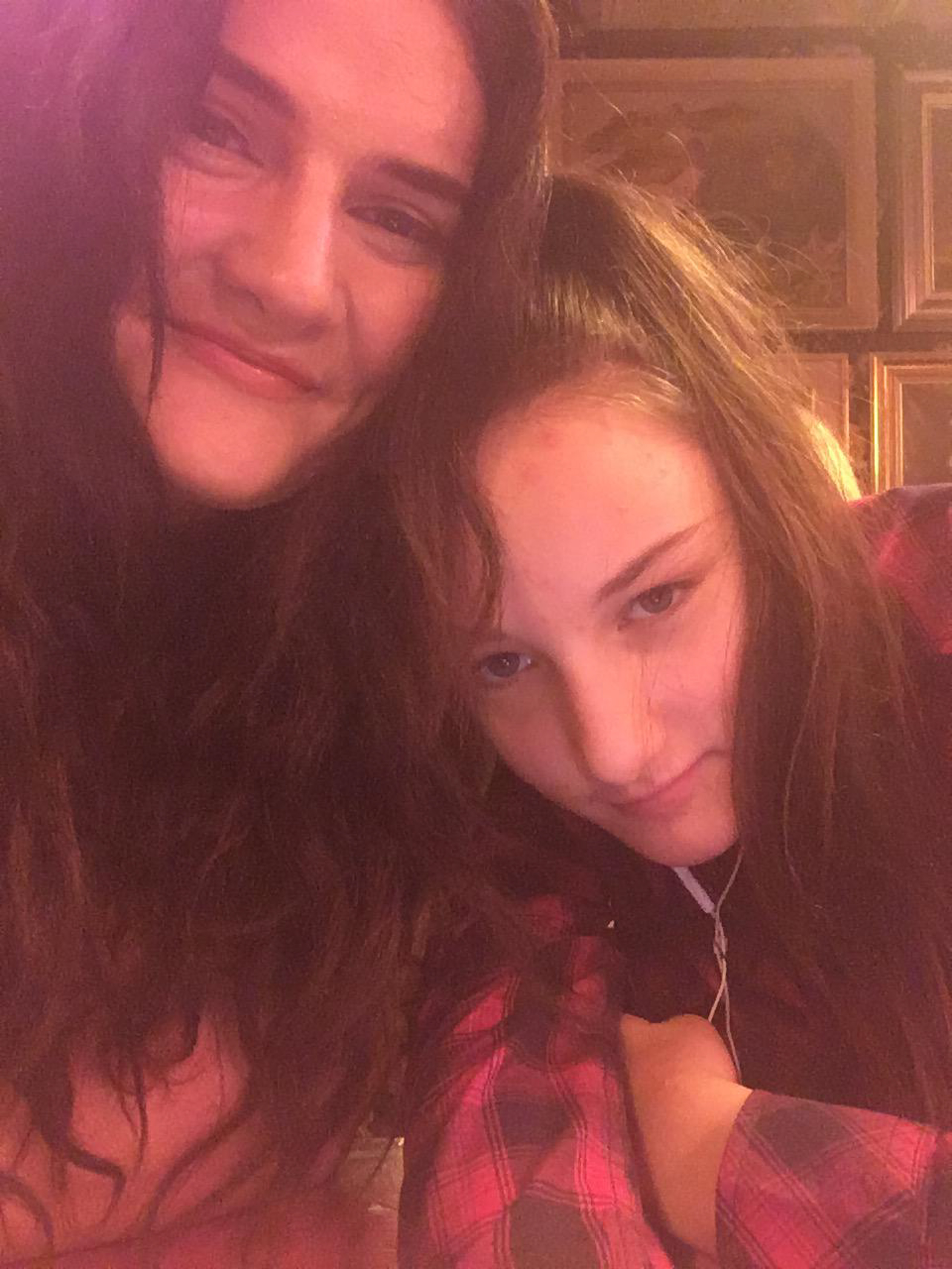 The shocking video, which is understood to have been recorded by a teen boy, was posted on social media and quickly circulated.

In the clip, Hope can be seen cowering on the ground in her pyjamas, as a girl hurls insults at her and kicks her repeatedly in the head.

At one point, the girl can be heard shouting "You look like a mouse," through the darkness as Hope groans in pain.

Hope's mum, Hannah Price, 31, has since described her shock at her daughter's unprovoked attack.

The mum-of-three from Manchester, told The Sun Online: "I can't even watch the whole video.

"It's messed up, like they were enjoying it. I don't know what's wrong with them.

"I know kids are having a hard time and they're bored but I didn't even know that girls behaved like that.

"We want to find this girl so she can be prosecuted."

Hope had been lured to the park by a school friend who'd messaged her to ask to meet her at the park.

Hannah said: "From Hope's account, they promised her snacks from the shop, went to the park and four boys and the girl appeared and attacked her.

"She was pulled to the ground and kicked in the head.

"Hope was supposed to be having a Christmas photoshoot so she was in Christmas pyjamas.

"She has communication difficulties and I've only just started letting her go out to the park and with friends.

"She's got a big bruise on the back of the neck which looks like a footprint, bumps all over her head and a bruised hand." 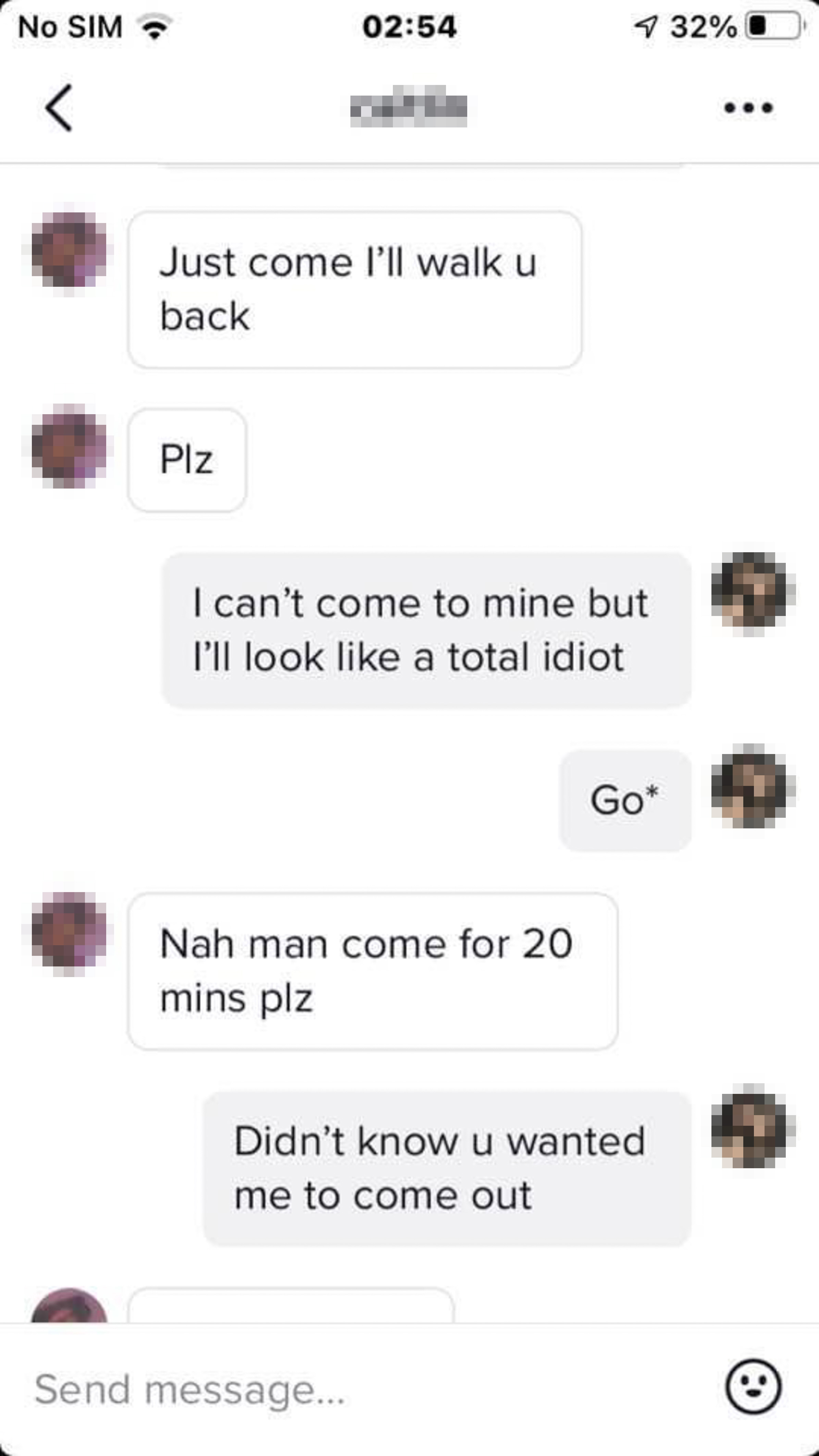 A friend messaged Hope repeatedly to get her to come outCredit: Mercury Press 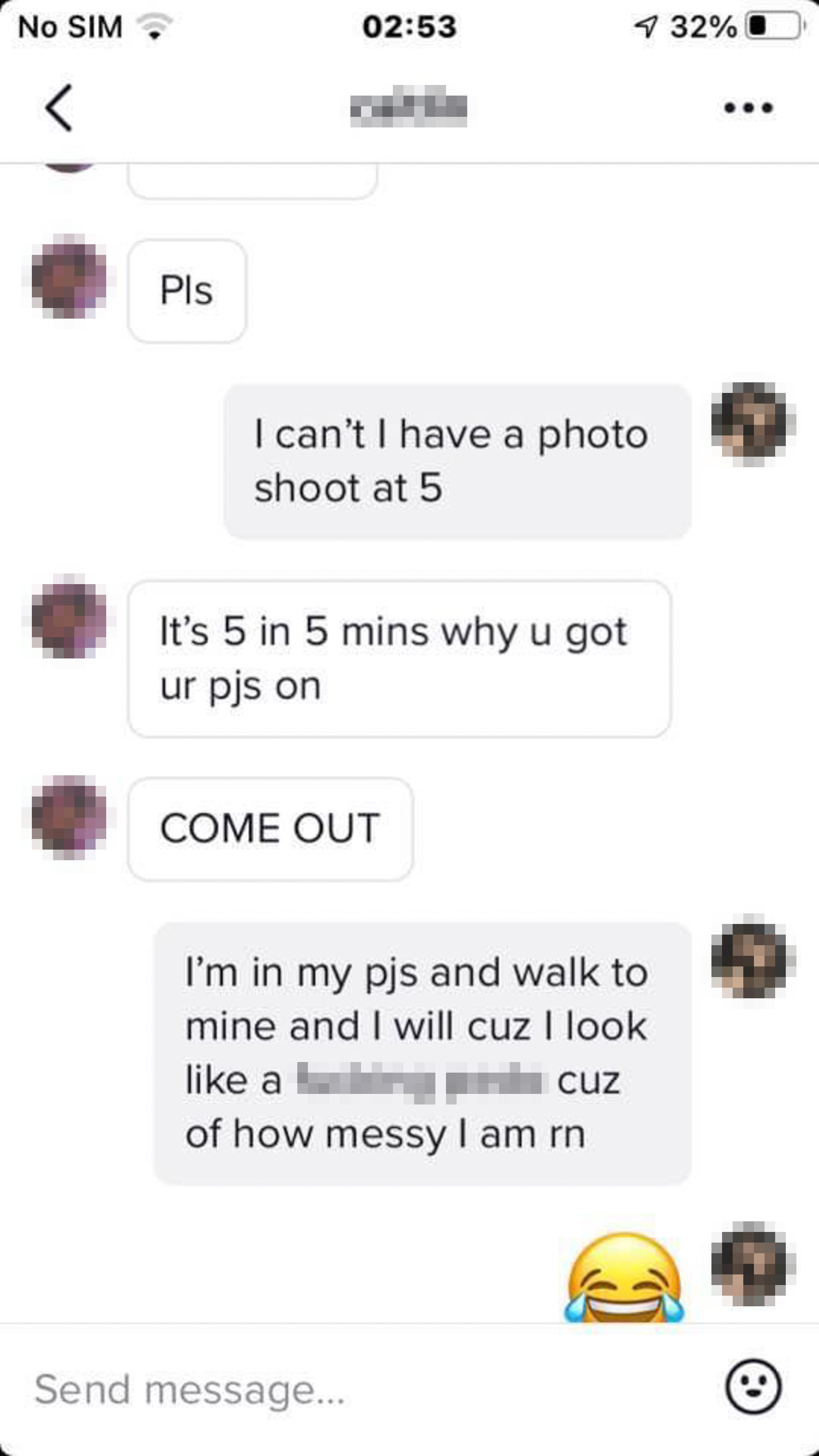 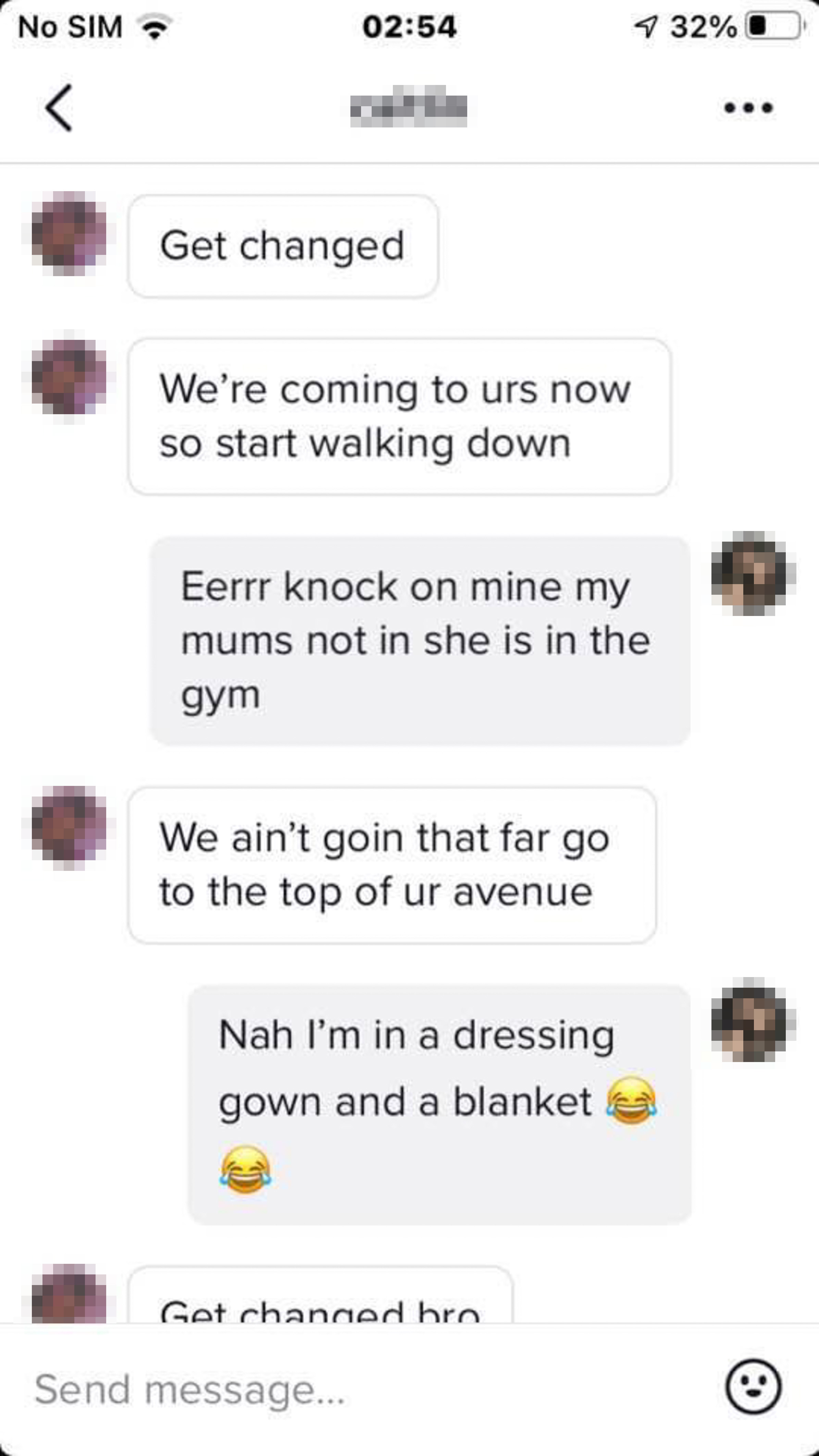 Eventually the friend told Hope they were coming to her houseCredit: Mercury Press

Hannah received the video from someone who'd seen it circulating on Snapchat.

Hannah, who is a photographer said: "Hope has been friends with the girl who asked her to go to the park since about year one.

"The girl's been going through a difficult time but I never witnessed anything bad behavioural wise or violent and I wouldn't expect this to happen."

She now fears that a similar attack could happen again and has arranged for Hope to attend self-defence classes.

The mum added: "I don't know if I'll be able to let her go out again.

"She comes across all streetwise and I've tricked myself into thinking she's more with it than she is.”

A Greater Manchester Police spokesman said: “Shortly after 9.30pm on Monday 2 November 2020, officers were called to a report of an assault at Chorlton Water Park play area in Manchester.

"A 14-year-old girl was assaulted at some point between 6pm and 6.30pm and taken to hospital with head injuries. She has since been discharged.

THE SUN'S BLOCK THE BULLYING CAMPAIGN SEEKS TO TACKLE ABUSE

Bullying is the biggest threat faced by children today, a parents’ survey has revealed.

Six in ten adults say they fear their youngsters being victimised in or outside school more than any other risk.

They listed it well above sexual abuse, drug addiction, boozing and smoking a their greatest concern.

The everyday fears of parents were laid bare in a survey by telly presenter and campaigner Martin Roberts.

The Sun recently launched a Block the Bullying Campaign with the NSPCC - calling on internet companies to take down sickening videos of children attacking other children. 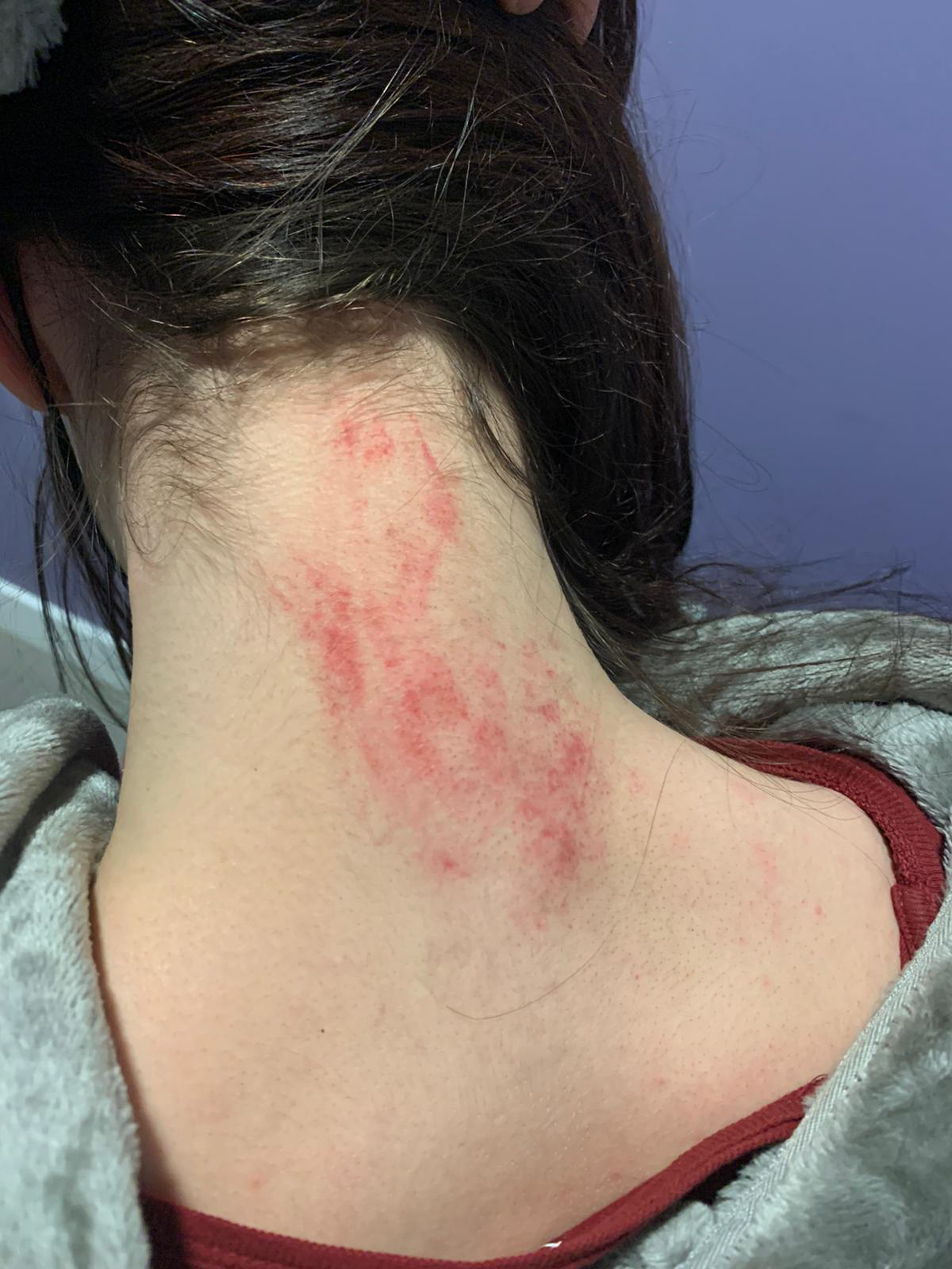 Hope was left with the mark of a footprint where she had been kicked in the neckCredit: Mercury Press 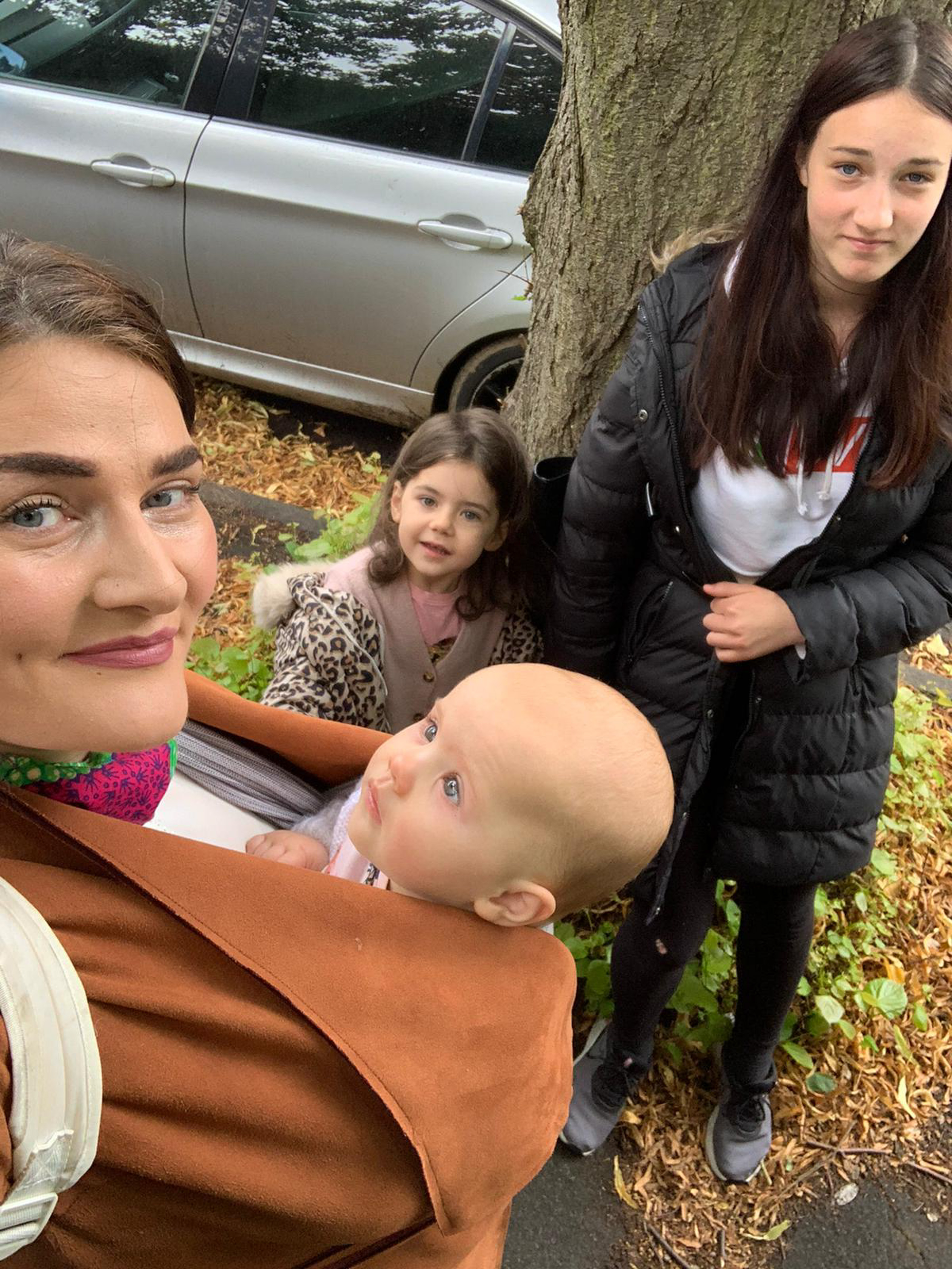 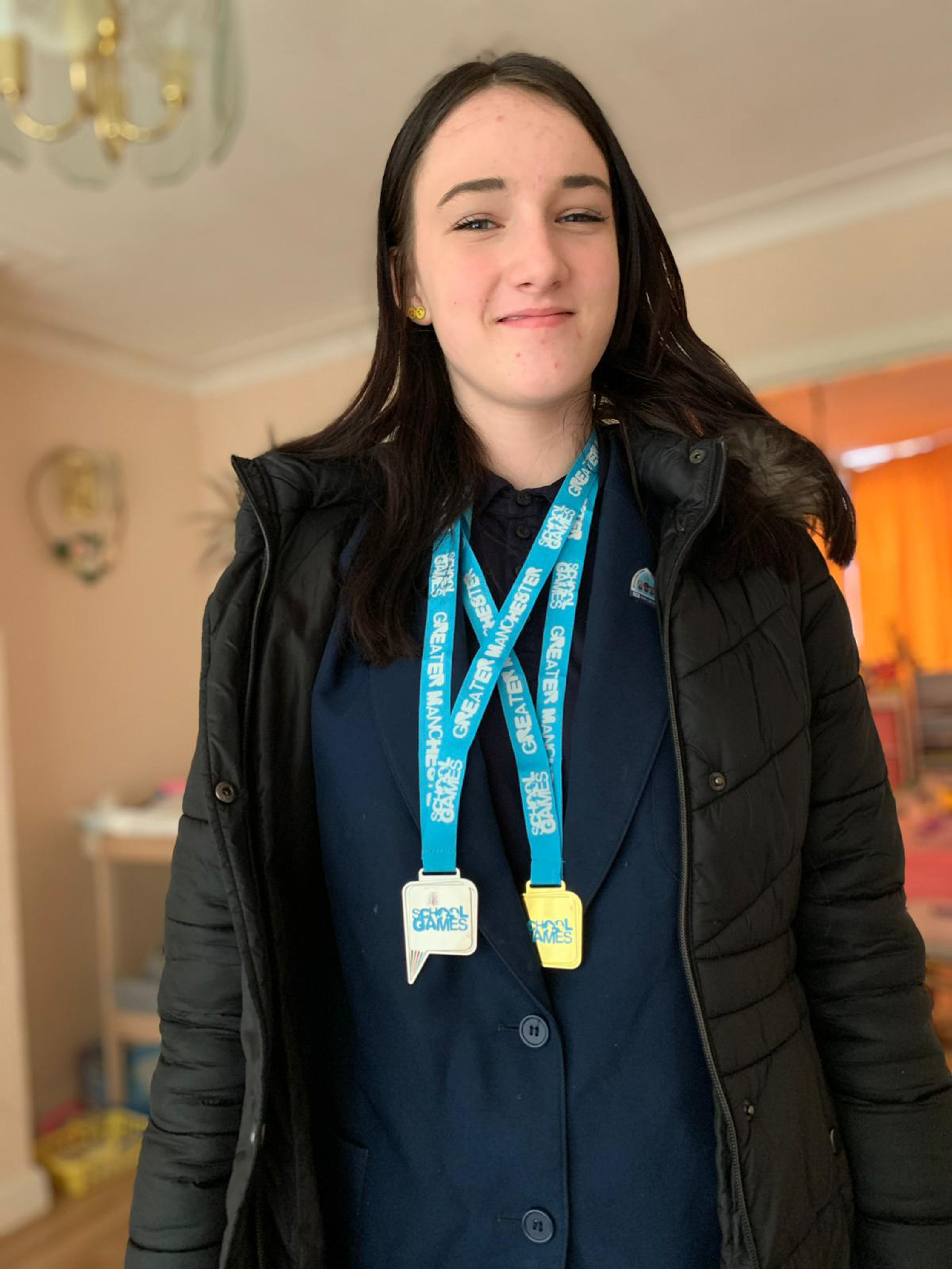 Hope has autism and her mum is now worried to let her go out alone again in futureCredit: Mercury Press


TOP TIPS ON HOW PARENTS CAN HELP THEIR KIDS COMBAT BULLYING

TALK TO YOUR KIDS - Parents need to explain that if they are being bullied, it’s not their fault and that bullying isn’t OK. TIME OUT - Try to make sure young people get some time out if they are being bullied. This might mean taking time away from iPads, computers or phones. BUILD CONFIDENCE - Find things they can do that make them feel good. This could be just spending time with people they like, playing a musical instrument or doing a sport they enjoy. TEACH 'SAFE' INTERNET USE - With online bullying, there is no escape. You have to make sure they get a break from it and teach children how to stay safe online so they know how to block abusive or humiliating messages. REPORT ONLINE ABUSE - Report any abusive content to the site involved. They are more likely to take a video down if the child or parent makes the report themselves. GO TO THE SCHOOL - Speak to whoever your child has the most positive contact with in school. Find out the school’s anti-bullying policy and ask them to work with you to keep your child safe and ensure they enjoy their education. KEEP A DIARY - It can be useful to keep a log of what’s happened so that if you do speak to a teacher you have all the evidence in front of you.