WE all love to reminisce on the good old days and mutter the typical response: "Times have changed" - but it seems some things do remain the same.

A savvy shopper scouring a second-hand store stumbled across a diary from 1957, detailing the daily exploits of an American housewife, that eerily echoes 21st-century escapades. 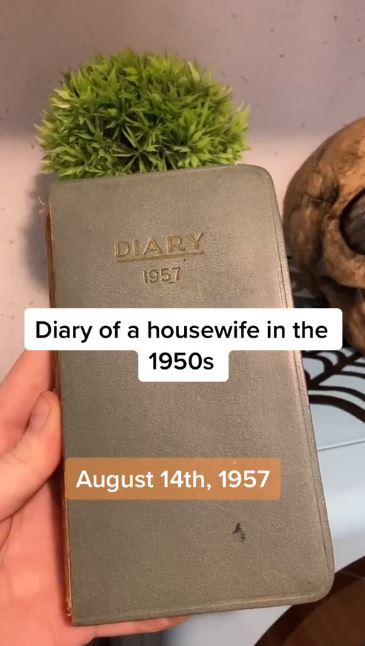 A TikTok user stumbled across the diary in a second-hand store in TennesseeCredit: TikTok/@otherworlddesign 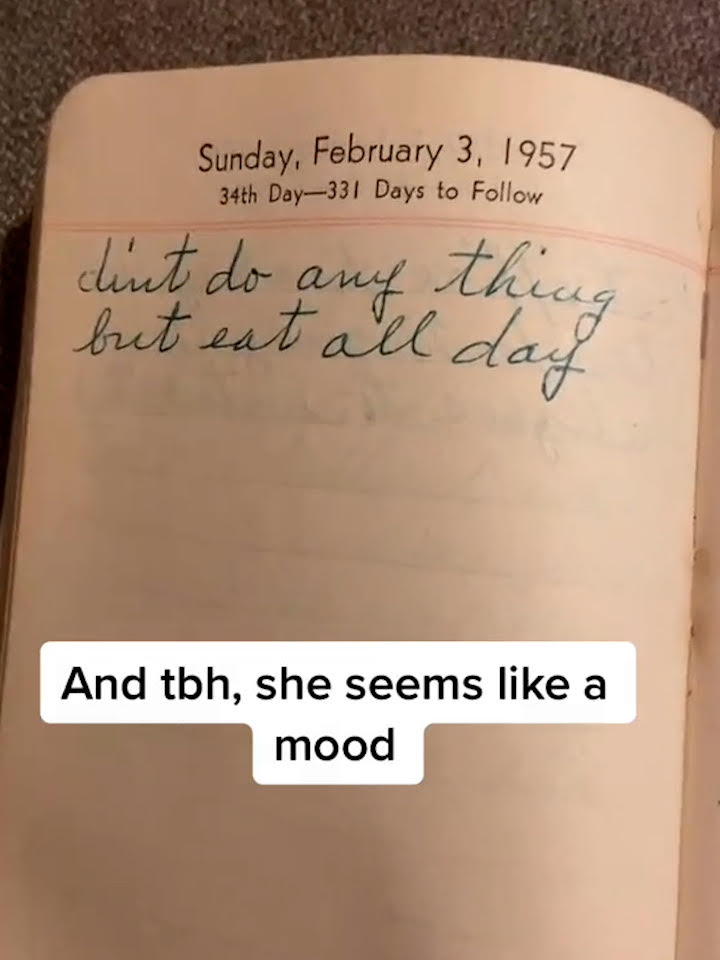 Nellie's humorous anecdotes show that not everything changes

Tik Tok user @otherworlddesign began sharing extracts from the melancholy memoir written by a woman named Nellie, that sees her discuss blowing off plans, her incessant boredom, and the weather.

After finding the journal in a thrift shop in Tennessee and deciding to share the entries on the video-sharing platform, the TikToker has amassed over 210,000 followers and 1.5 million likes in less than two weeks.

"Found this old diary at the local thrift shop today. So far, it seems like a housewife! She filled it out for the whole year. And tbh, she seems like a mood," the first installment of the series of clips read.

While exhibiting the design of the small light green notebook, she flipped through the relatable rambles before landing on the date February 3, 1957.

"Didn't do anything but eat all day," Nellie wrote, to which @otherworlddesign noted, "Tbh, she seems like a mood".

The humorous day-by-day accounts have sent social media users into a frenzy, and left them begging for more.

Another diary entry from November 10, 1957 reads: "Winnie called. Wanted me to come for dinner. I didn't feel like going."

It is only the accompaniment of music from the late 50's that reminds you these jottings are from nearly 65 years ago.

Winnie and Nellie seem to be on different pages on more than one occasion too - with another account on November 17 reading, "Called Winnie, told her I couldn't go to Okla T.J." 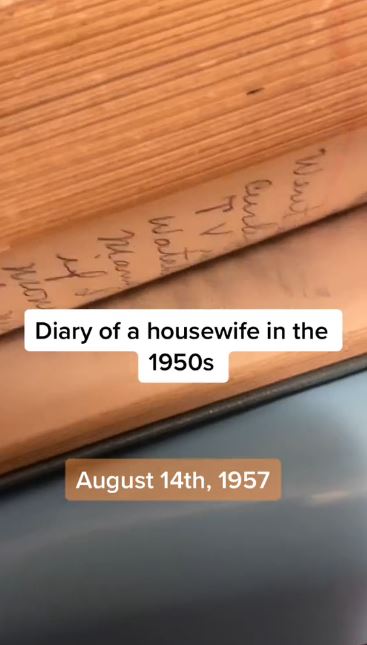 The instalments of the diary have proved a hit on social mediaCredit: TikTok/@otherworlddesign 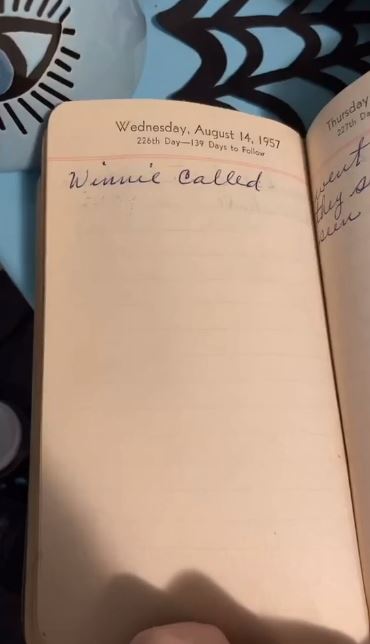 Nellie's friend Winnie seemed to bear the brunt of her unsociablenessCredit: TikTok/@otherworlddesign

The woeful Winnie is mentioned several times in the diary, suggesting the pair enjoyed a long-standing friendship.

Nellie then embraces quite the novel style when recording her activities, as she reveals her boredom got the better of her on September 24.

"Had nothing to do today, only catch flys (sic) for the lizard and done a little patching," she wrote.

Viewers encouraged the publisher to share the entry from March 15, to see what Nellie was getting up to on the same day 64 years earlier.

And the cryptic content soon set tongues wagging: "Chief just brought me home. Heard a police call.Kinda glad to be home for good. Such a nice family."

This brought around more questions than answers, with people left desperate to find out the backstory of March 15, 1957.

One commented on the Tik Tok: "The POLICE chief brought our sweet protagonist home? From WHAT?? What did she do? I'm hooked."

Despite requests for a daily rundown on Nellie's biography, @otherworlddesign explained it was unachievable as entries are usually kept short and sweet and don't "tell us too much".

Yet there were poignant parts of the secret diary too, such as notes from October 1, discussing her admiration of the union of a black couple. 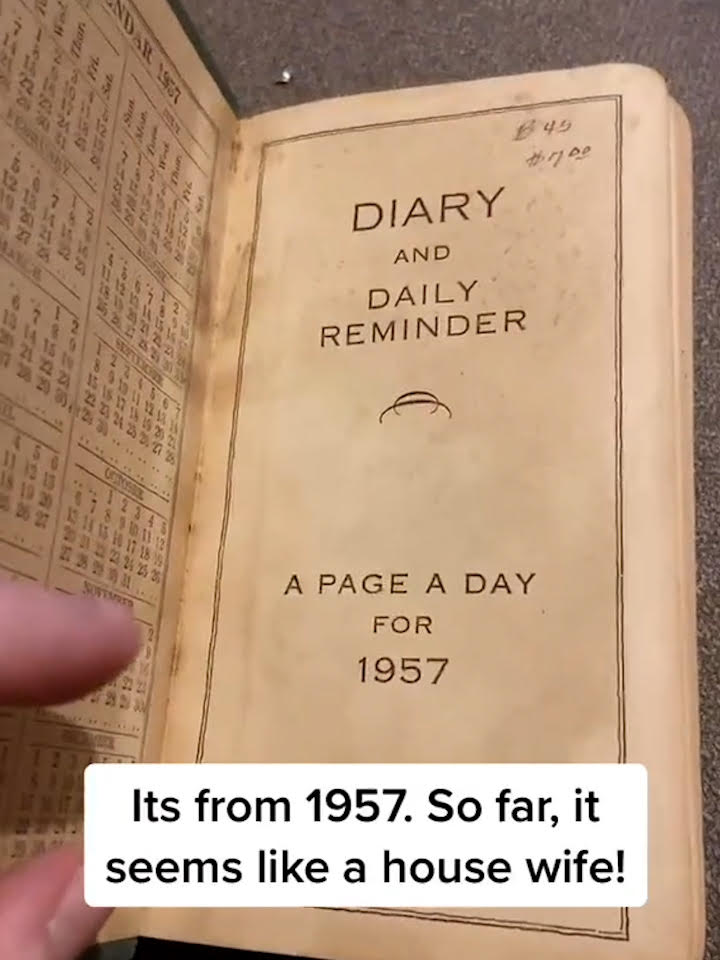 "Today is a colored wedding and it's just as beautiful as the others," Nellie recalled.

Her progressive mindset gained commendation from users, after the clip was captioned: "In a very different time where the nation was cruelly divided, Nellie was equal."

It is believed by @otherworlddesign that Nellie is referring to "a TV program like 90 Day Fiancé that aired then".

It is suspected to be alluding to a reality series focusing on couples getting married called Bride and Groom, which aired from 1951 to 1958.

Regardless of Nellie's seemingly relaxing pace of life, she did sometimes get her hands dirty - even if it was severely delayed.

On March 17, the mystery housewife was still removing her Christmas decorations in her home, as she wrote: "'Took care of Xmas cards. Got rid of a lot of (trash)."

Nellie was never shy to show off her sense of humour, and told of her fun day out with a gentleman named Bob and her granddaughter Vicki on October 6.

"(I) scared Vicki nearly half to death. She was poking in a fox hole and I barked like a fox. Boy did she jump.

"(I) got some dogwood. Bob got a tub full of dirt. Bob and Vicki went in the creek, got some rocks."

And it seems despite her occasional sluggishness, she had a few hidden talents, as she purchased a "spool of silver thread to make slippers".

On February 9, the following day, she wrote: "The sun is shining beautiful this morning. Made 2 pair (of) slippers."

The series has proved a huge hit online and has got Tik Tok users desperate for more information on the elusive and amusing Nellie. 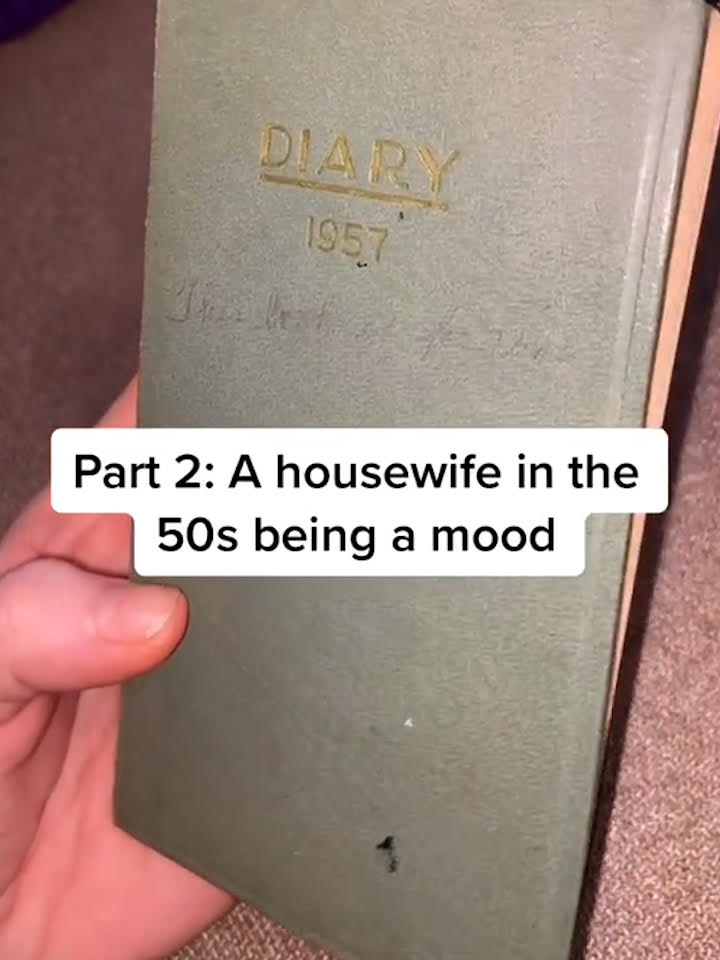 The author impressed users with her progressive mindset, with Nellie gaining praise for being "on the right side of history"
Read Entire Article