THE massive Black Lives Matter mural painted outside of Trump Tower in Manhattan has been vandalized with what looks like black tar or paint.

Vandals reportedly dumped the substance out from a van, and covered the full length of the mural, shortly after midnight on Sunday, the New York Post reported. 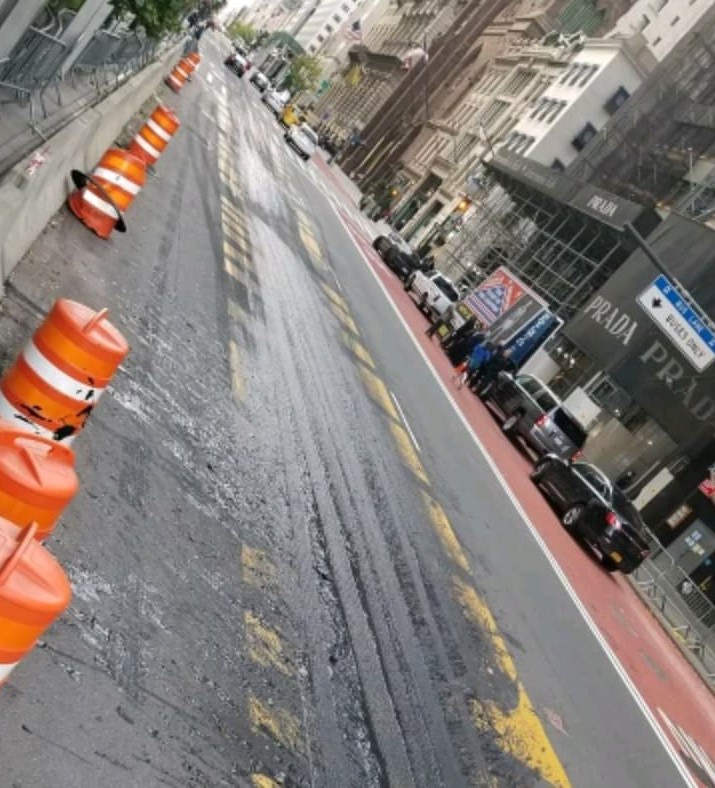 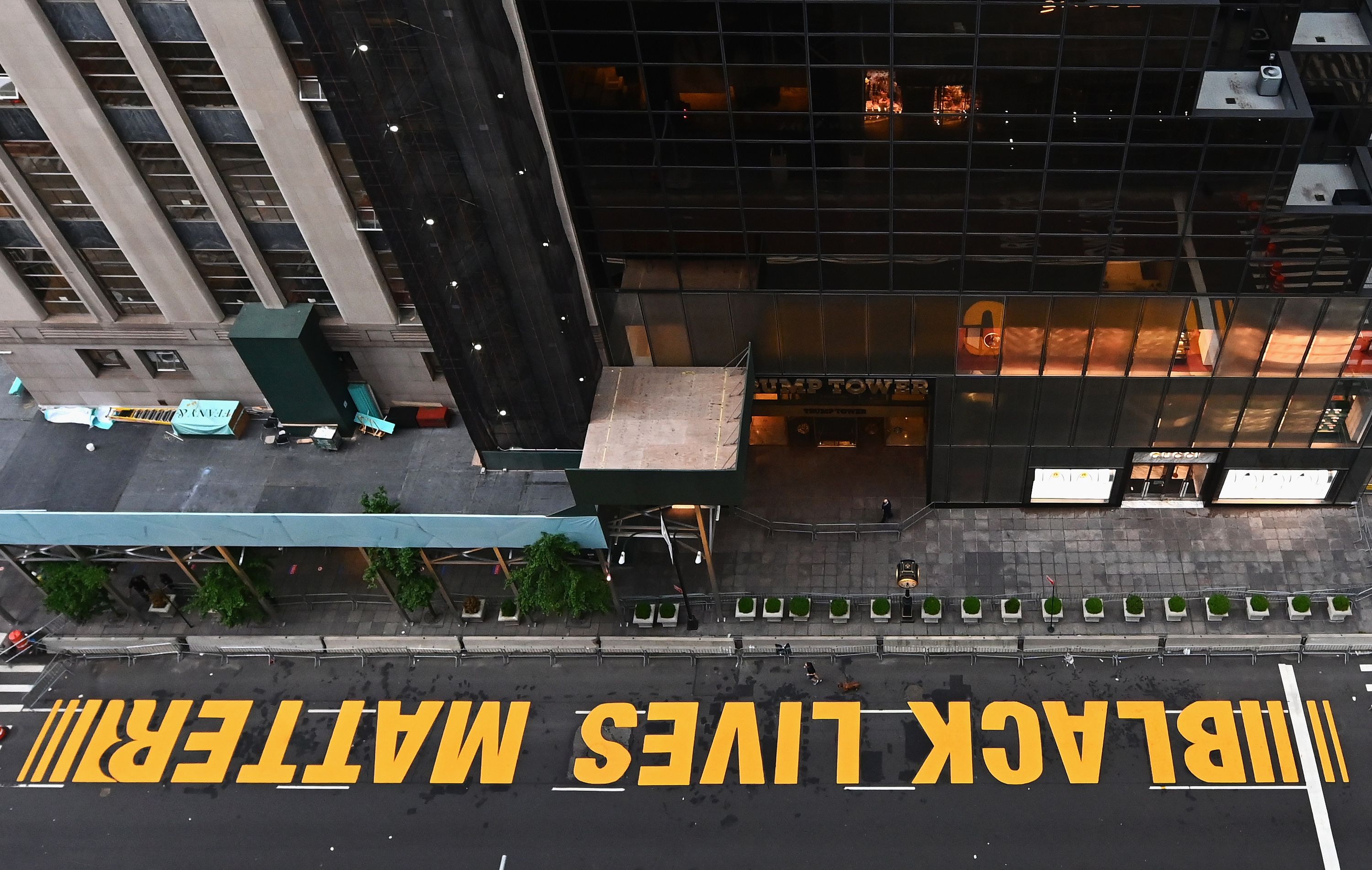 The massive mural is painted in front of Trump Tower on Fifth Avenue in ManhattanCredit: AFP or licensors

The bright yellow mural was painted in July after being commissioned by New York City Mayor Bill de Blasio, and has been targeted by vandals multiple times since.

After the mural was painted, it was vandalized at least four times in July alone, according to CNN.

The NYPD has previously said that they do not keep track of how often the mural is vandalized.

The first defacement occurred just days after the large mural, which covers Fifth Avenue where Trump Tower is located, was painted. 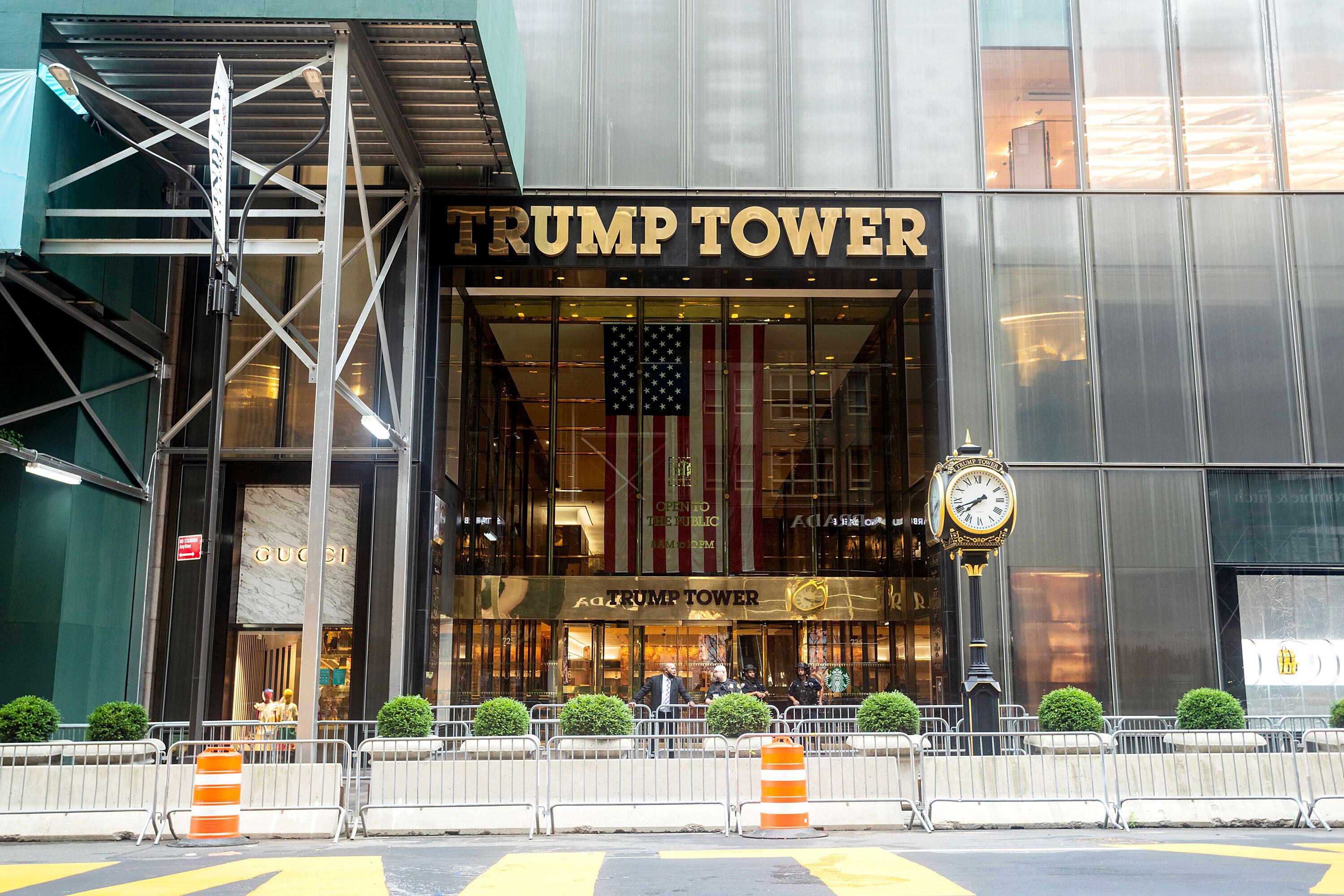 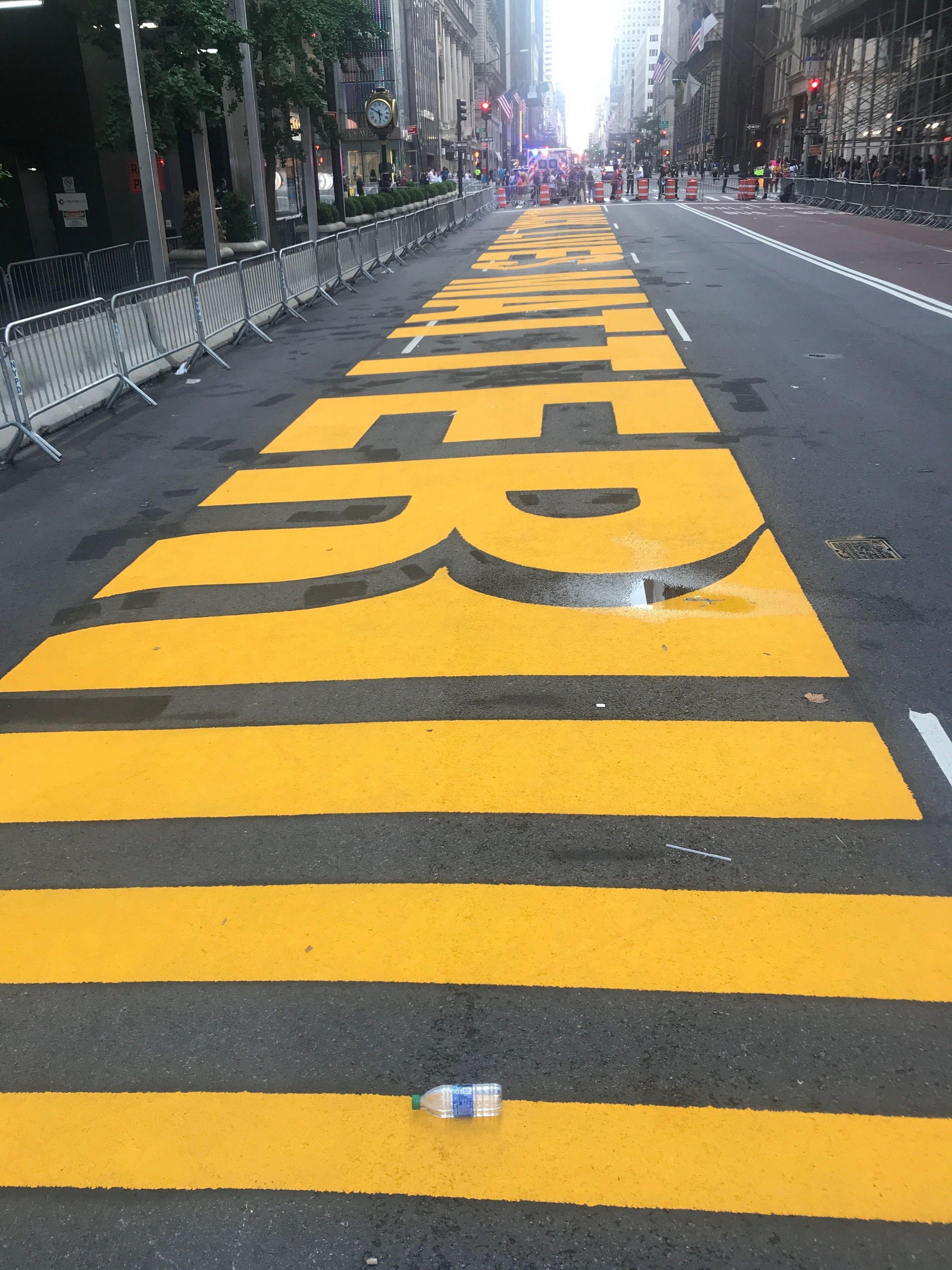 The mural has been defaced a number of times since it was painted in JulyCredit: Alamy Live News

One person reportedly dumped red paint all over the "V" in Lives.

In the incidents that have occurred since, suspects typically bring some sort of paint and attempt to smear it over the artwork.

One woman, 39-year-old Juliet Germonotta, has been arrested on two separate occasions for defacing the mural.

In August, she was caught on camera smearing blue paint across it with her hands.

She was also arrested on July 17 with two other women for a similar stunt, according to NBC.

President Trump has called the work, which was painted in support of racial justice and the Black Lives Matter protest movement, a "symbol of hate."

The president slammed de Blasio for "denigrating" the "luxury" of Fifth Avenue.

Mayor de Blasio responded with support of the movement, and slammed Trump for not acknowledging the role black Americans had in "building" Fifth Avenue.

"The fact that you see it as denigrating your street is the definition of racism," the mayor said.

The Manhattan mural is one of five located in each of NYC's five boroughs.