A CAT with its tail and back on fire made a leap of faith from the second story window of a burning building—and escaped with its life.

The remarkable moment in New York City on Saturday afternoon was caught on video and went viral. 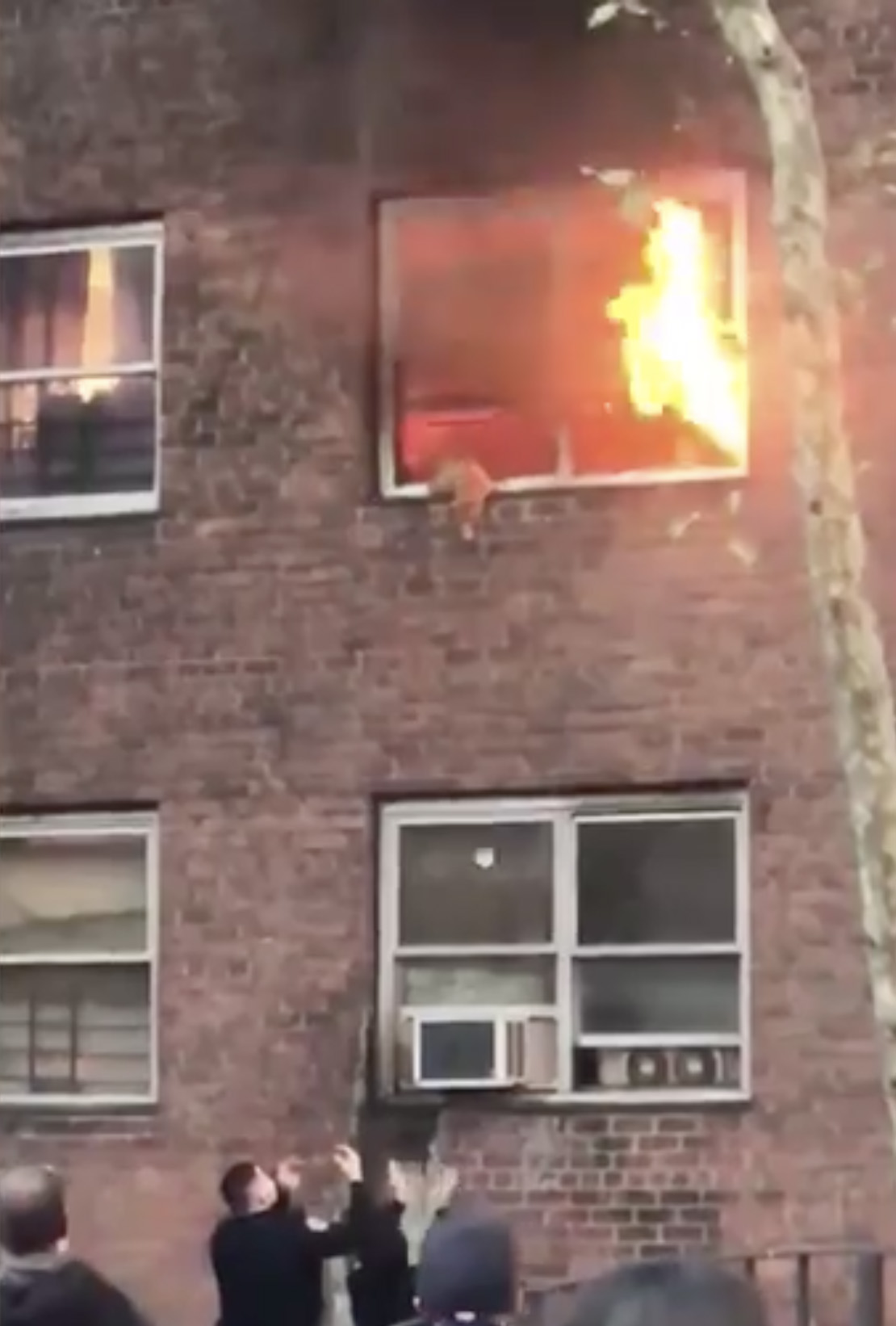 A cat eyes jumping down from the second story of a burning building Credit: Aaron Ganaway/NBC New York

In the video by Aaron Ganaway and shared by NBC New York reporter Anjali Hemphill, the cat is seen at the edge of the East Harlem window with flames behind it.

The cat sticks its front legs out, appearing to get ready to jump, before backing off slightly.

Several law enforcement officials stand below the building, trying to coax the animal down.

As the cat’s tail appears to be lit aflame, it leans onto the brick exterior of the building and jumps down. 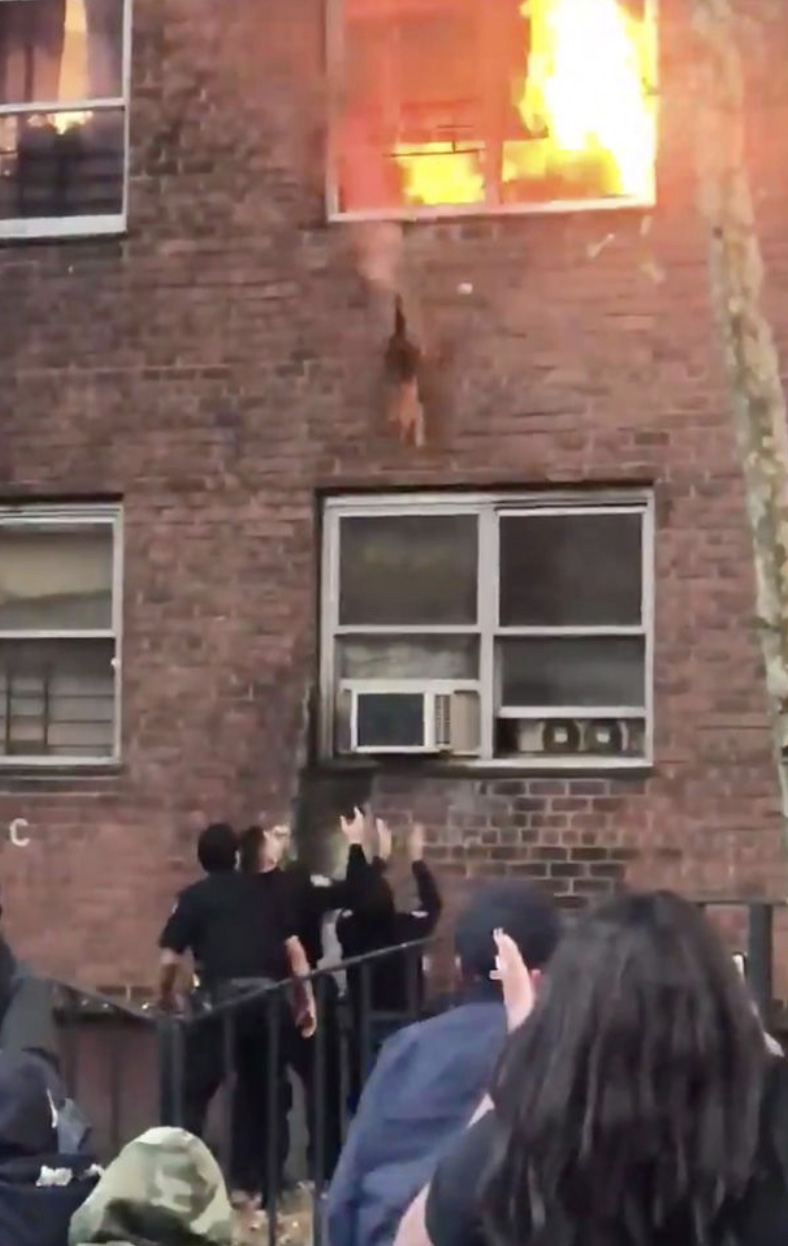 A cat with its tail and back on fire leaps from the window of a burning apartment Credit: Aaron Ganaway/NBC New York

Its timing is perfect, as the flames seep out of the window just seconds later.

The video then shows the cat on the ground by a residential gate, where a man picks it up and hands it to a police officer who takes it in for care.

Though the feline’s back fur is visibly scorched, it moves around in the officer’s hands.

The fire was started by a man who locked himself inside the apartment at Lincoln Houses, according to NBC. 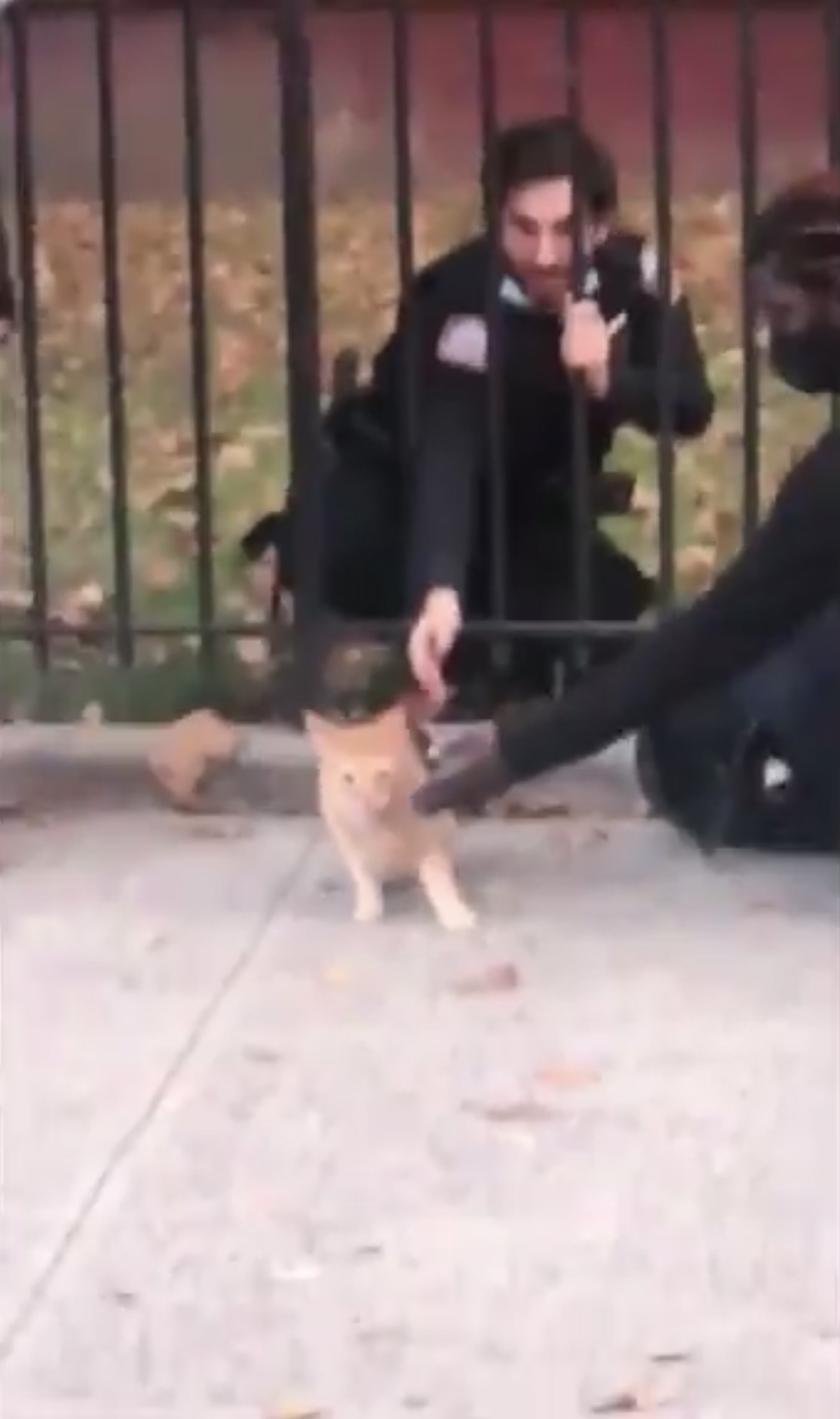 The cat survived the flames and jump down to the groundCredit: Aaron Ganaway/NBC New York

Police initially responded to a call for a domestic dispute near 5th Avenue and 135th Street around 3pm, and were able to force their way into the man’s room where he was taken out unconscious and transported to a hospital.

A resident at the apartment, Destiny Robinson told the TV station that her mother entered the burning building to rescue her 15-year-old brother and 9-year-old sister.

“My brother and sister were in that room right there, he opened the window and that's when I saw the flames go up, so I was just panicking, like 'the kids, the kids, please get my brother and sister out the room' because I didn't want to see anything happen to them," Robinson said.

"My mom ran inside the fire without a mask and I started panicking because it took them so long to come downstairs.”

As of Sunday afternoon, Hemphill’s video of the survivor cat had more than 140,000 views on Twitter.