AT LEAST 30million Brits are set to miss out on a traditional family Christmas this year, it's feared - even if lockdown rules don't get harsher.

People living between London in the south of England and Northumberland in the north are currently under tier two and three restrictions - which ban people from different households or bubbles from meeting indoors. 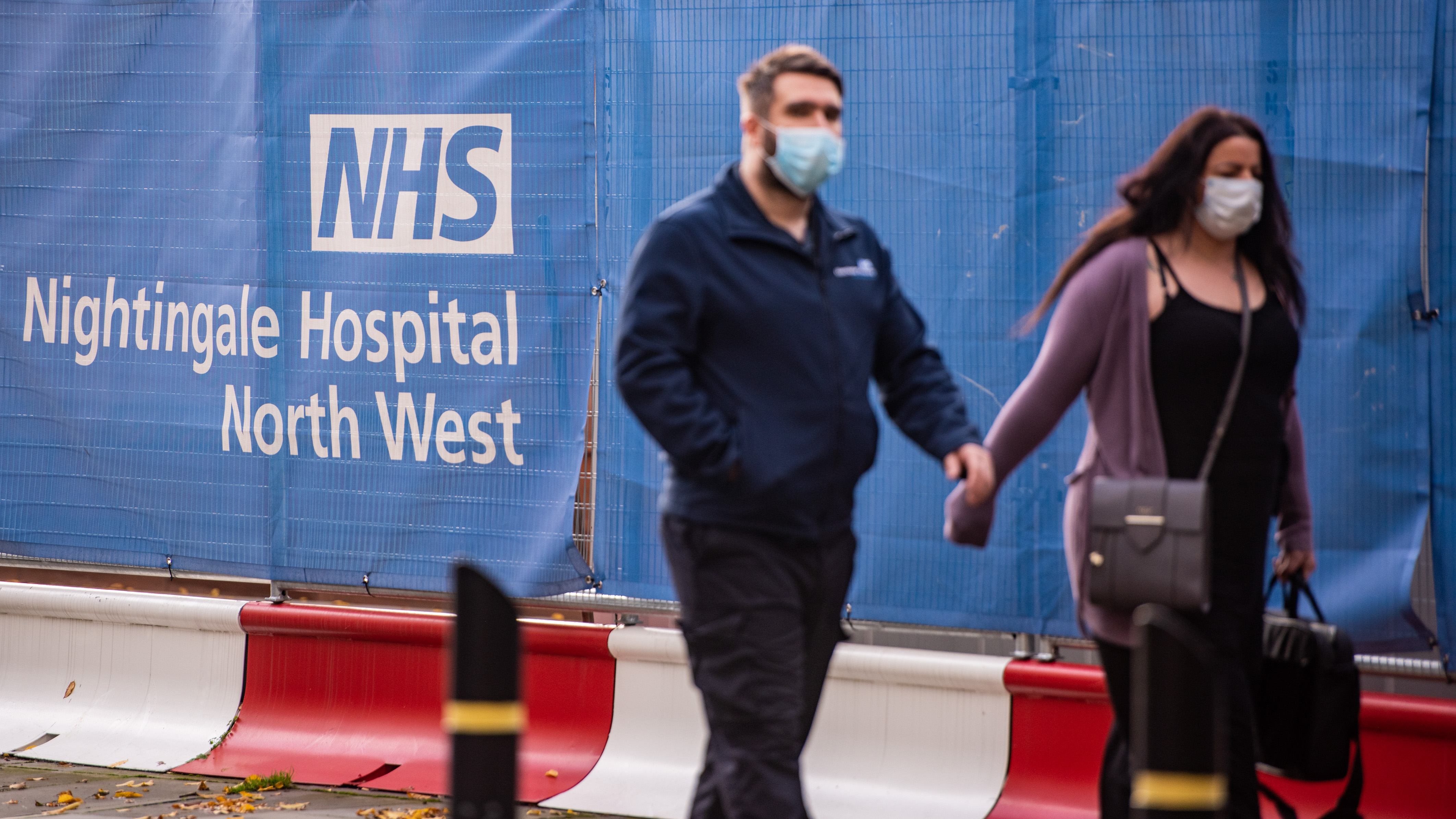 Millions of Brits are set to miss out on a big family Christmas - even if lockdown laws stay the sameCredit: Mercury Press 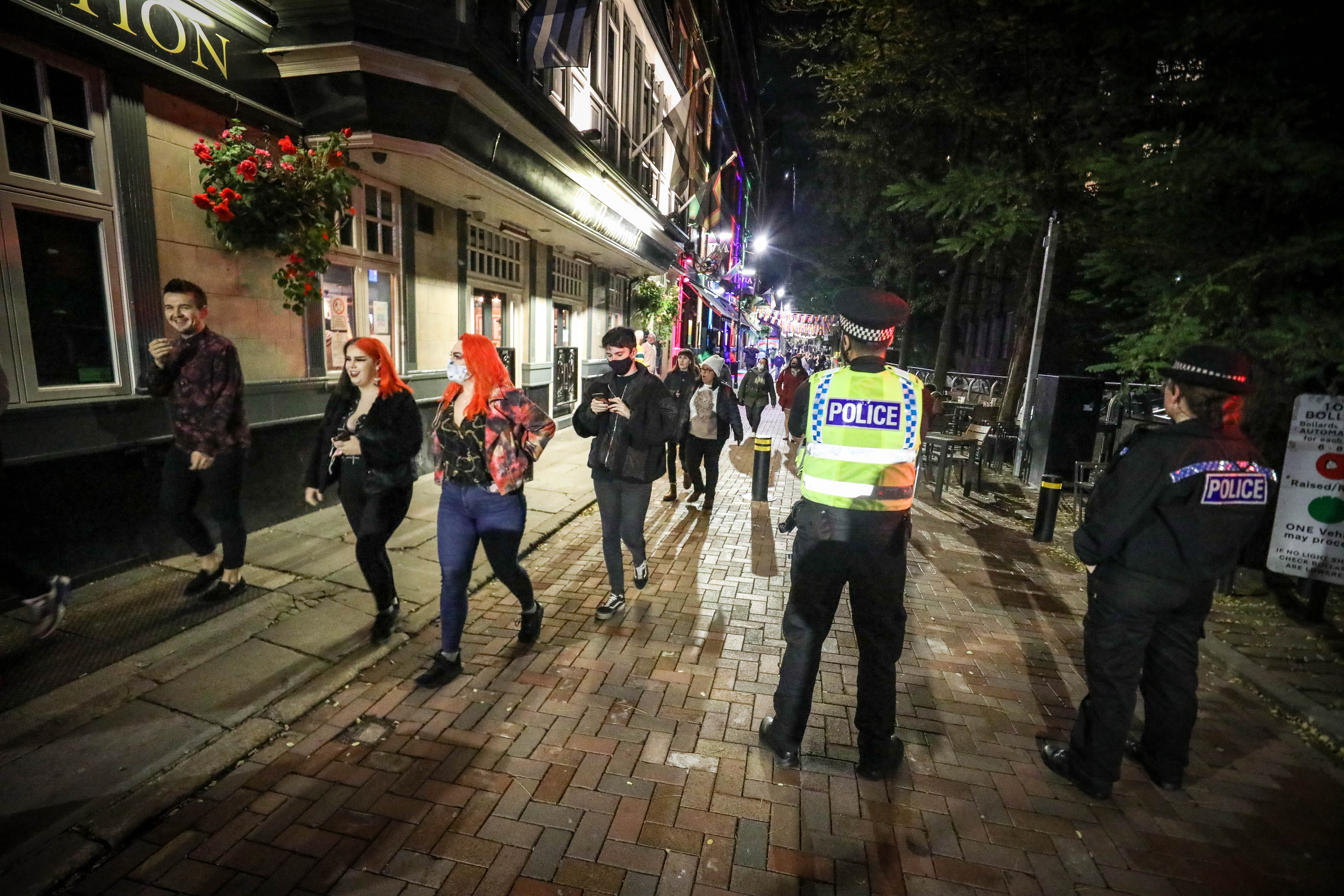 In tiers two and three, people are banned from meeting loved ones or friends from different households inside

And although the situation is likely to change for many in the coming weeks, it's unlikely to improve.

Officials at Sage now say the entire country should be in a tier three lockdown by mid-December.

Leeds and Bristol could go into tougher lockdowns as infections surge The UK's unofficial death toll has now passed 60,000 Govt scientists predict second Covid wave could be more deadly than first with ‘lower but longer peak’ death toll The Sun revealed that the ­latest government modelling overseen by chief scientist Sir Patrick Vallance shows more than 25,000 will be in hospital with the virus by the end of November Britain has suffered its highest daily Covid death toll for more than five months yesterday - after 367 more people lost their lives to the virus

Even if rules stay the same, many of us will miss out on joining family around the table for Christmas dinner.

Around 23million people are currently in tier two in England.

Residents in those areas must comply with a set of strict rules, with residents told to only mix with one other household outdoors.

Current social distancing measures, the "rule of six" outdoors and the 10pm curfew will continue in this tier.

However, all businesses and venues can continue to operate, in a Covid-secure way, unless they're closed by law - such as clubs and adult entertainment venues.

Certain businesses selling food or drink on their premises are required to close between 10pm and 5am.

Schools, universities and places of worship will remain open.

Tier three has the most serious measures - including a closure of pubs and bars and a ban on overnight stays outside the home.

Restaurants and "food-based" pubs can remain open and residents are allowed to order an alcoholic drink as long as it is with a "substantial meal".

Casinos and bookies are also closed, although gyms have been allowed to remain open so far. 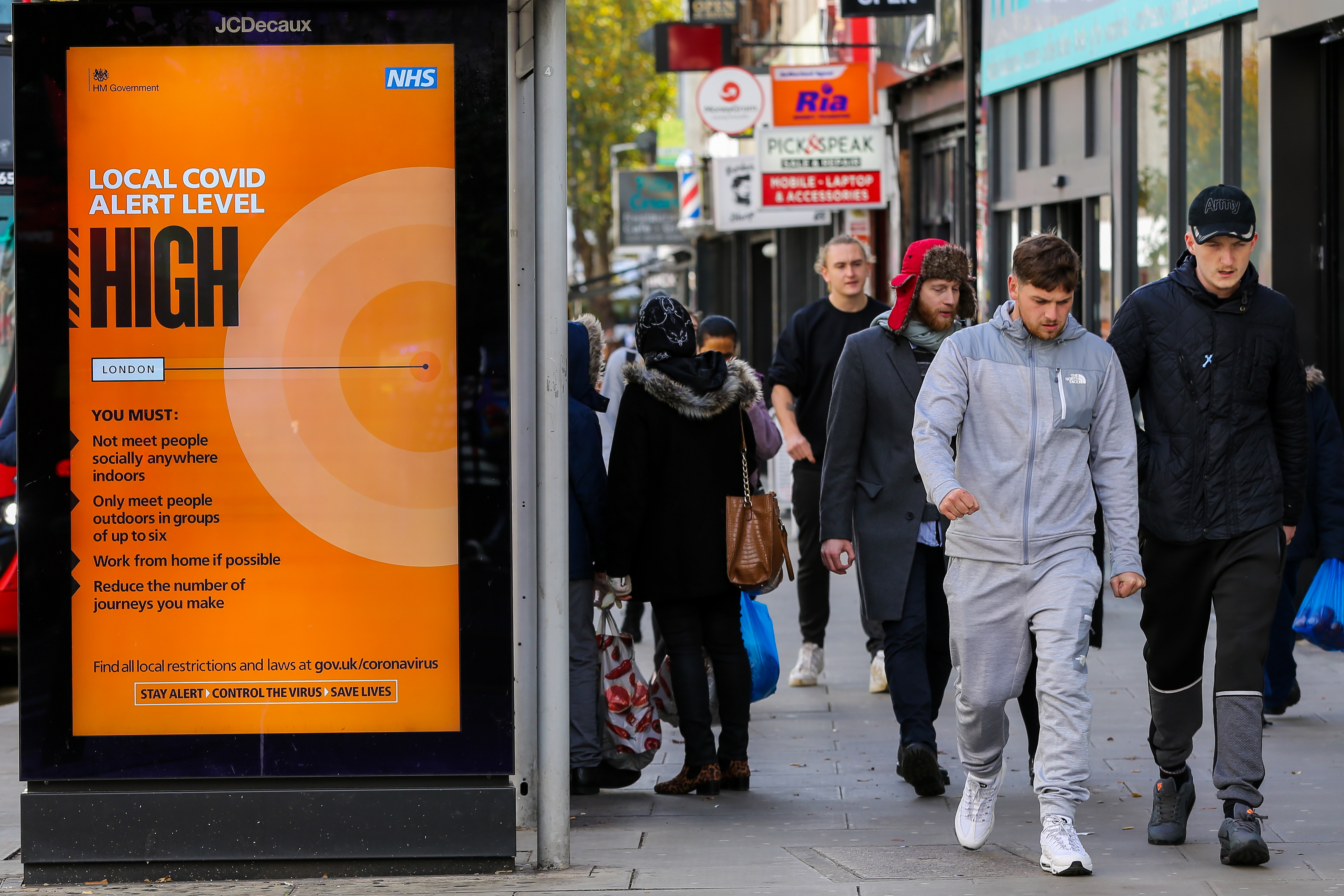 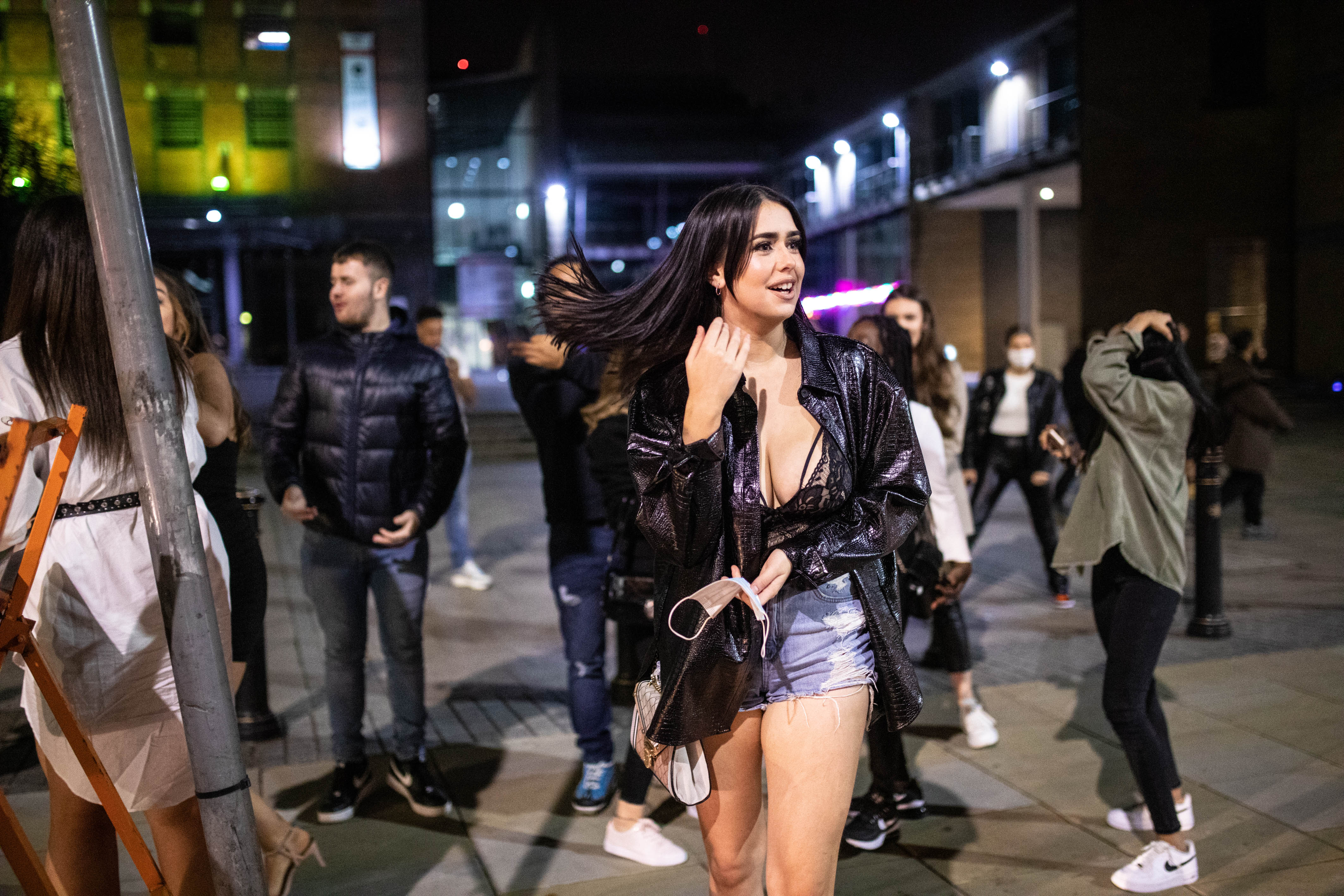 And Greater Manchester is in the strictest tier of the new plan - although residents can still enjoy a drink with a 'substantial meal'Credit: Mercury Press 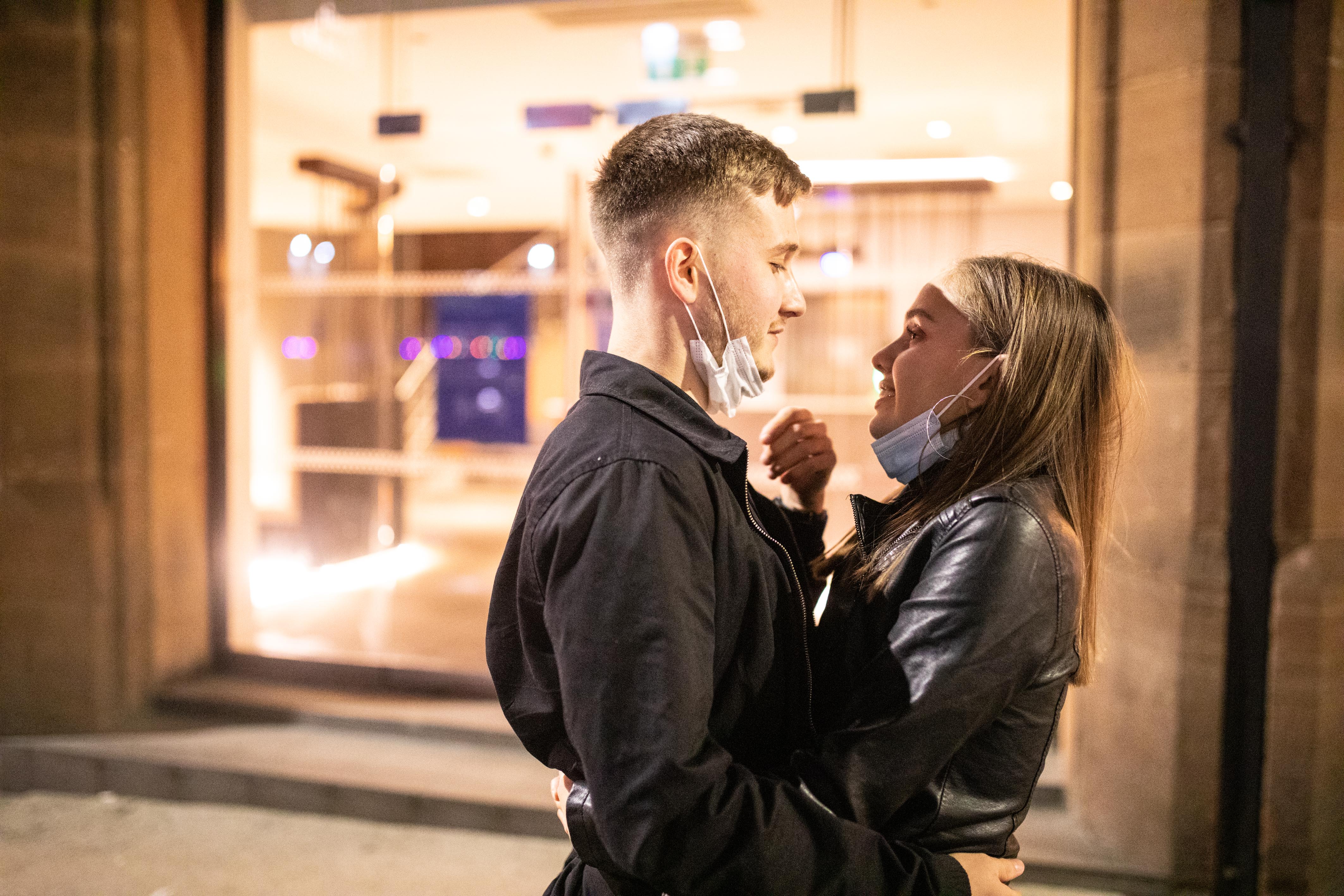 Government scientists have warned today that all of England may need to go into tier three by DecemberCredit: Mercury Press 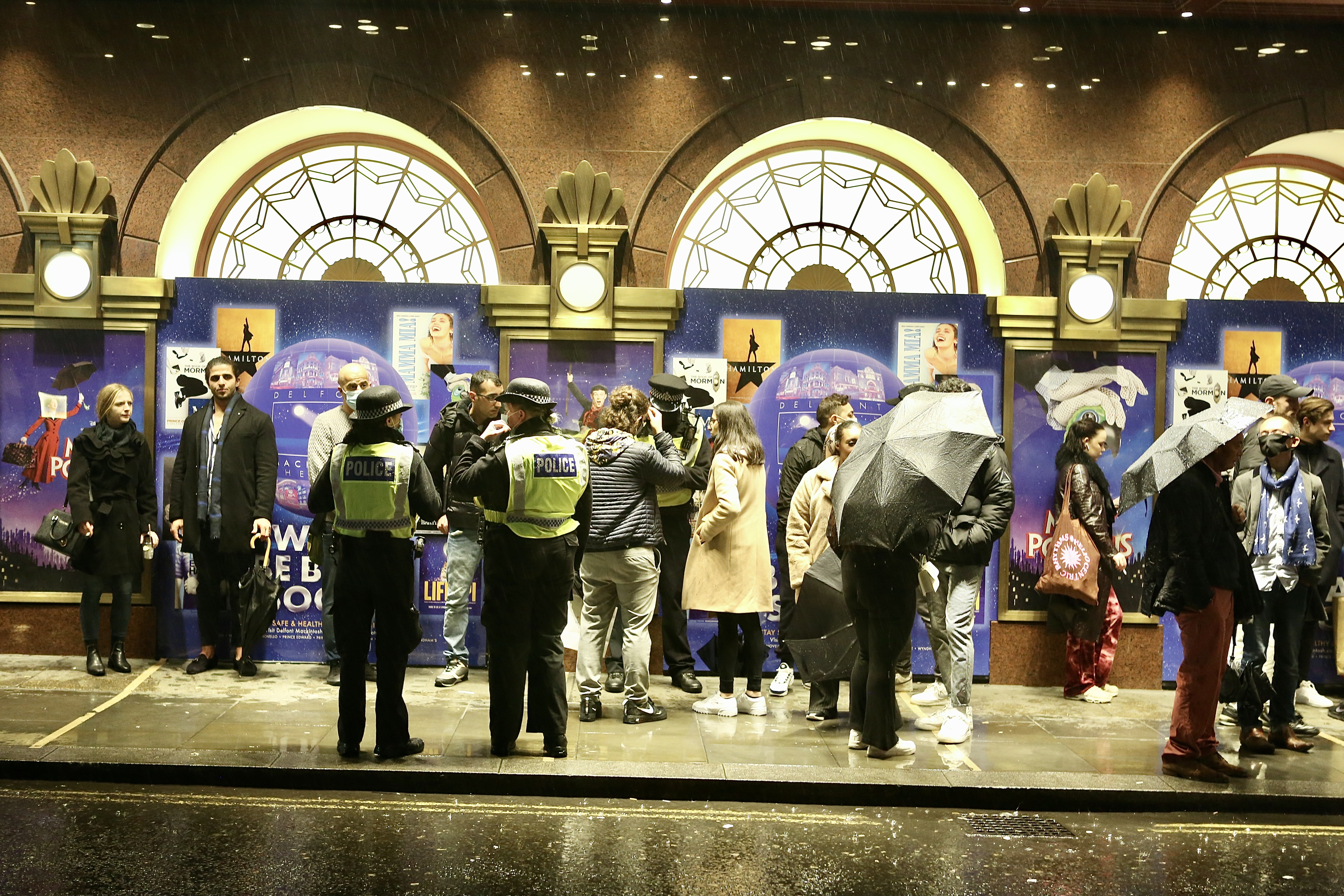 Brits told to leave pubs at 10pm have gathered on kerbs and at supermarkets Credit: W8MEDIA

Unlike in Wales, non-essential shops, schools, colleges and universities can remain open.

However, non-essential travel is advised against, as well as travelling outside the area in which the restrictions have been imposed.

But even for those in the first tier, the rule of six is likely to remain in place for Christmas.

The situation is further complicated in Wales - currently under a 17-day firebreak lockdown - and Scotland, where a FIVE-tier system is set to be introduced.

There's been fury at the lockdown in Wales, where all non-essential shops are closed - and residents are banned from buying everything from cleaning products to kids' clothes.

Officials in the country hope the short circuit-breaker will mean new cases of the virus are driven down enough that families can still meet for Christmas.

However, a minister has warned more of the shutdowns are likely - with another planned as early as January.

She outlined fresh systems which will come into place after the national circuit-breaker lockdown ends on November 2. 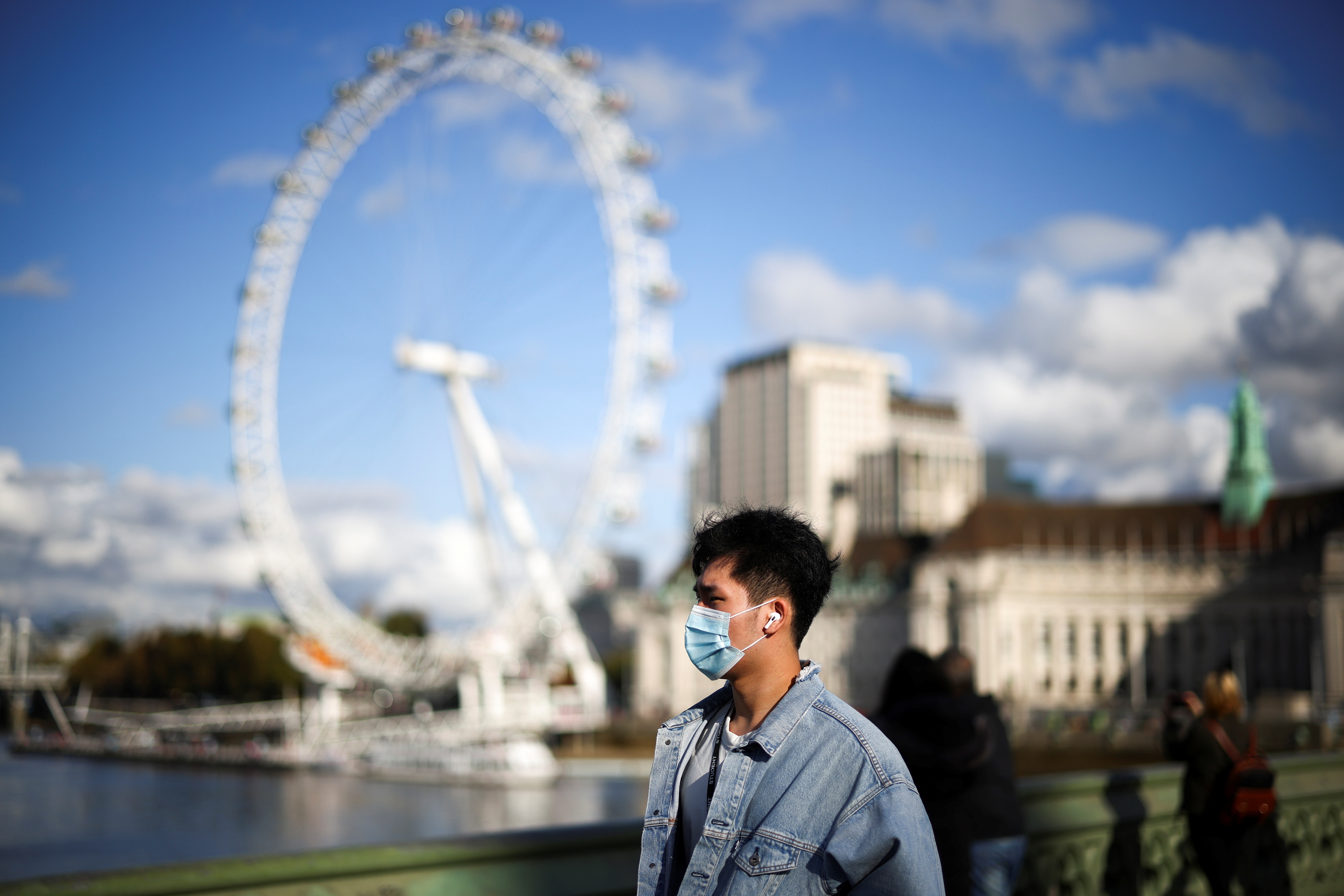 Every borough in London now has a case rate of more than 100 new infections per 100,000 people 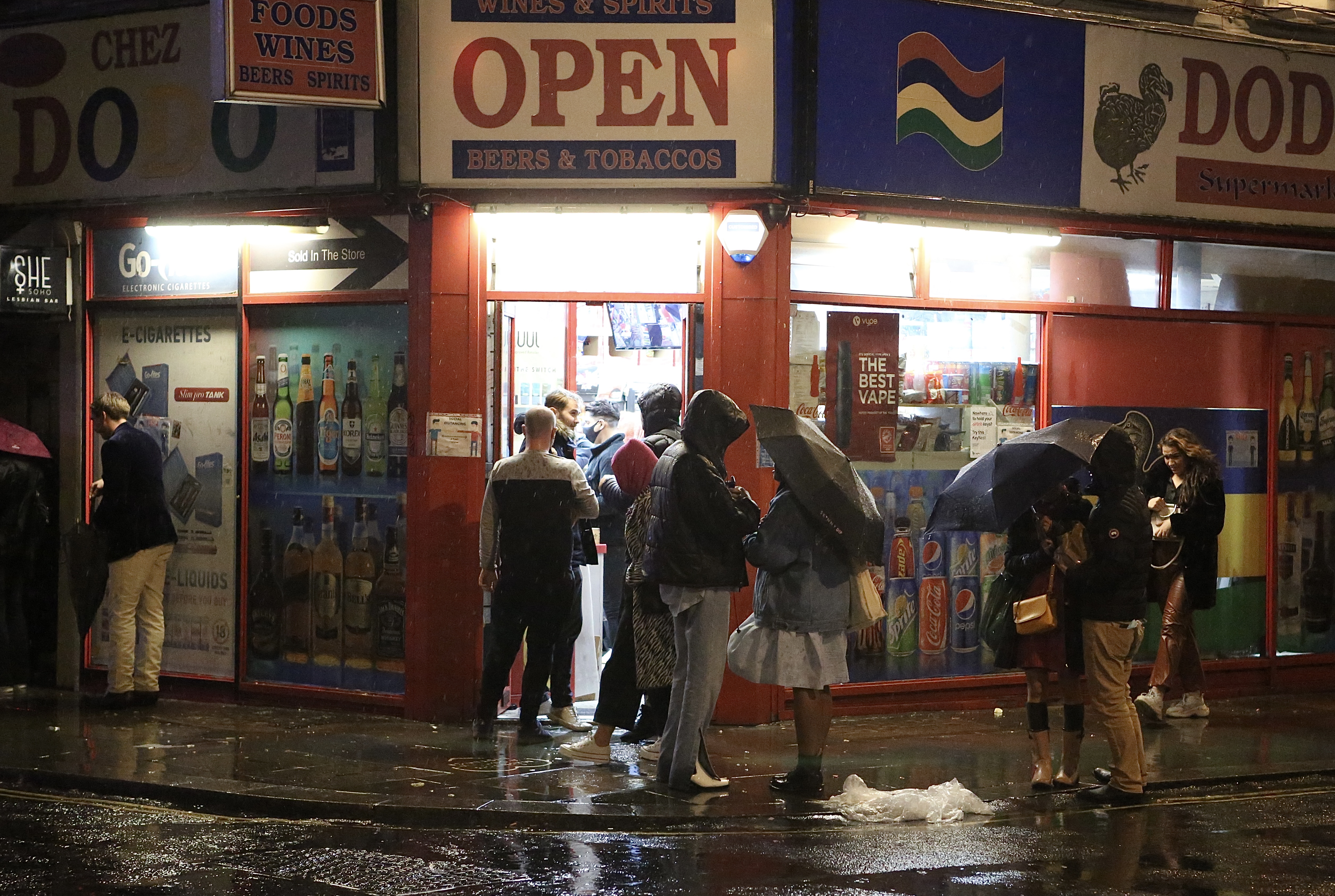 Both the 10pm curfew and the rule of six will remain in place across the country for Christmas, it's expected - even in tier one areasCredit: W8MEDIA 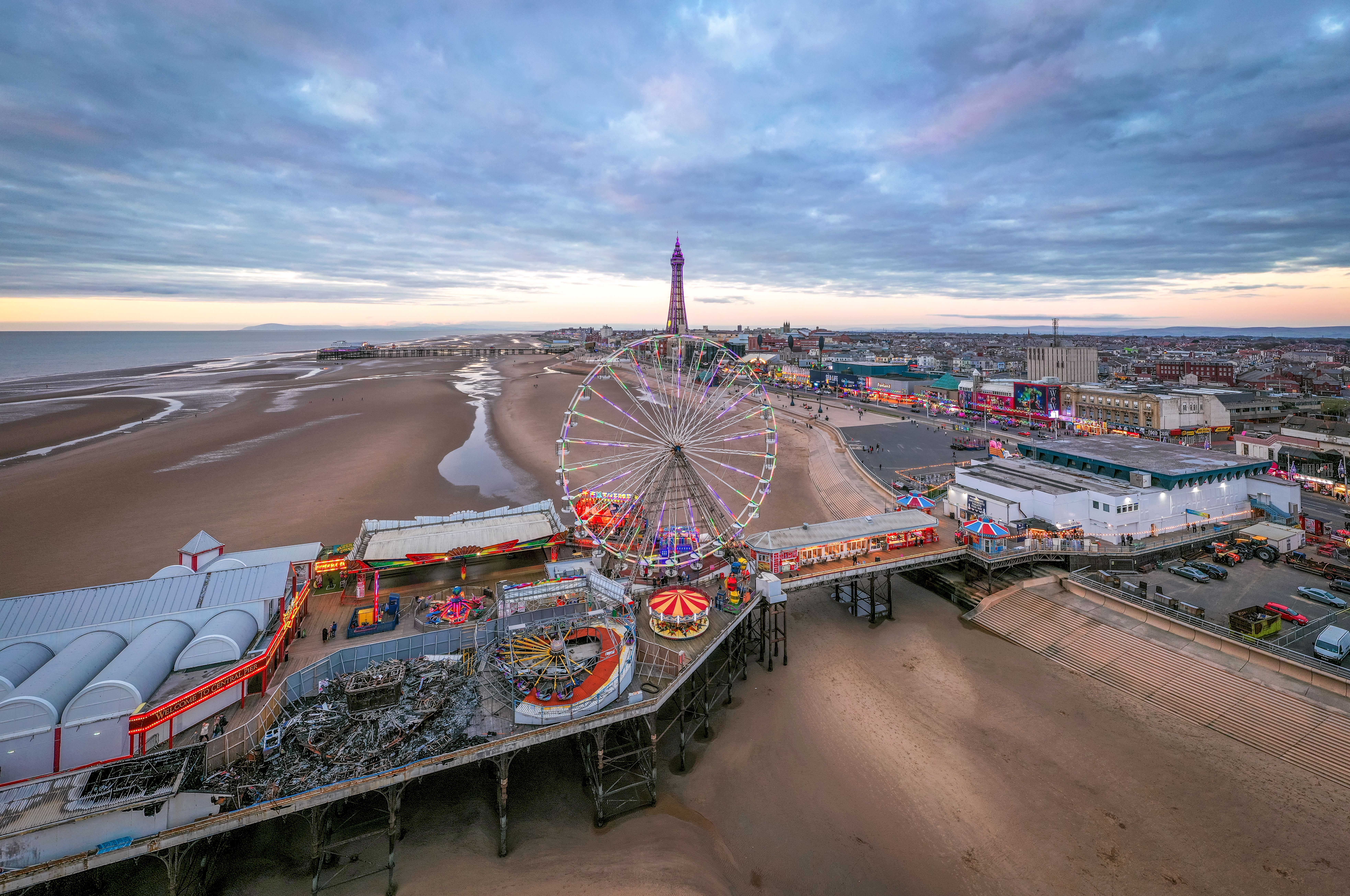 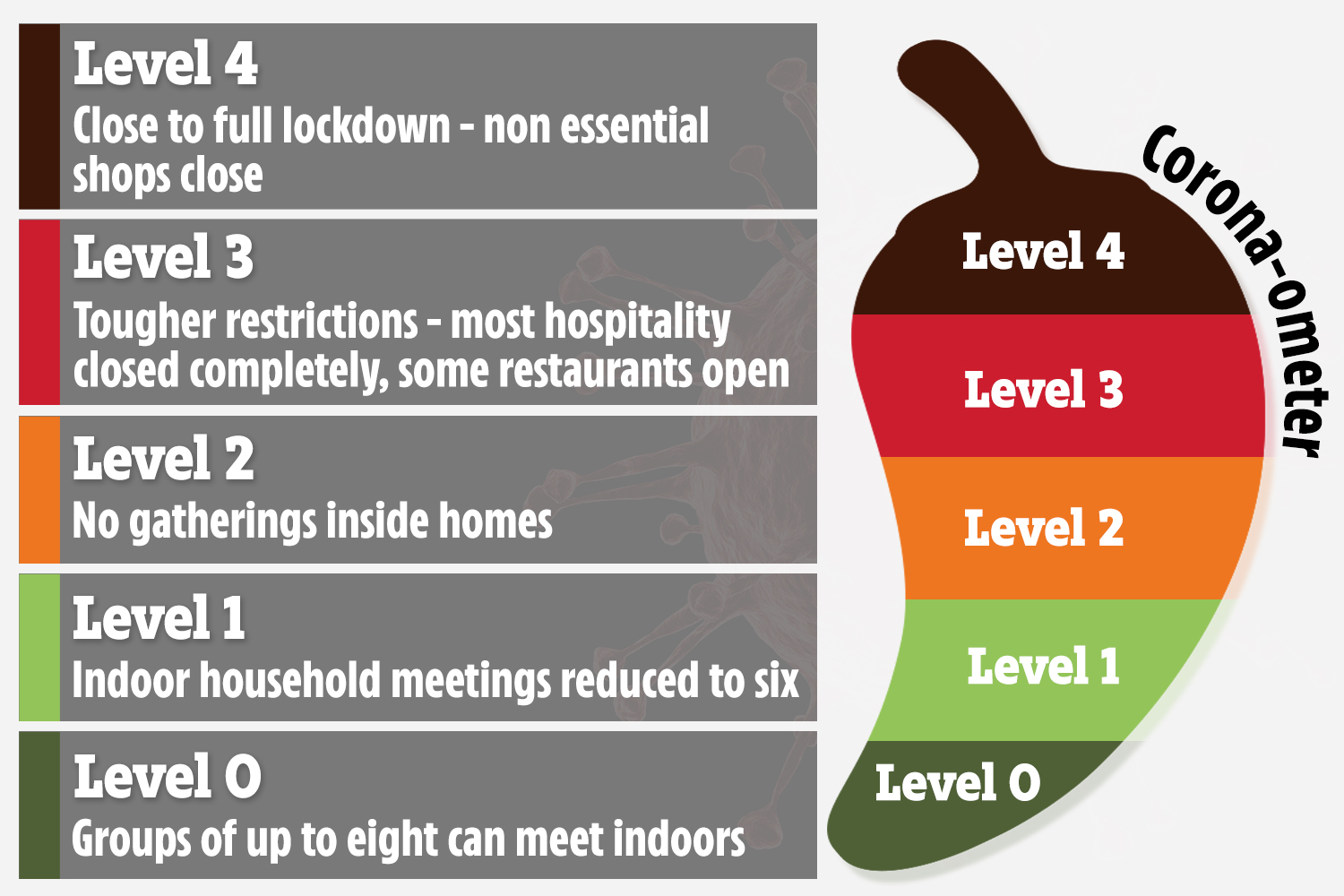 In Scotland, Nicola Sturgeon has unveiled a 'Nando's-style' five-tier system

The top tiers of the plan come close to the national measures announced back in March.

Meanwhile, in Northern Ireland, residents have been told not to mix with different households as the number of new infections continues to rise.

Today, gloomy Government scientists have warned there's little chance of a traditional Christmas with the family - and all of England will need to be under tier three by mid-December.

Officials fear there'll be 500 deaths a day by the end of November. At the height of the pandemic in April, 1,000 people were losing their lives each day.

And a top police chief has warned that cops will go into Brits' homes to break up Christmas family gatherings if they break lockdown rules.

But he also fears stricter measures will lead to frustrations boiling over - and said heavy-handed police closing down celebrations and enforcing restrictions could lead to riots similar to those sparked by the death of Mark Duggan in 2011.

"We're getting very near the stage where you could see a considerable explosion of frustration and energy."

But there could yet be hope for a traditional Christmas.

Despite dire predictions, Boris Johnson is under pressure to host a four-way crunch summit to save the festive season.

It comes amid fears that people will break the rules anyway to see their family.

Leaders have demanded the PM bring the four nations of the UK together to come up with a new blueprint to allow people to spend the holiday period with their loved ones.