The armed forces have boarded a ship in the English Channel and gained control after a suspected hijacking and detained seven individuals, the Ministry of Defence has said.

The 748ft ship has been zig-zagging in the English Channel today after the discovery this morning. 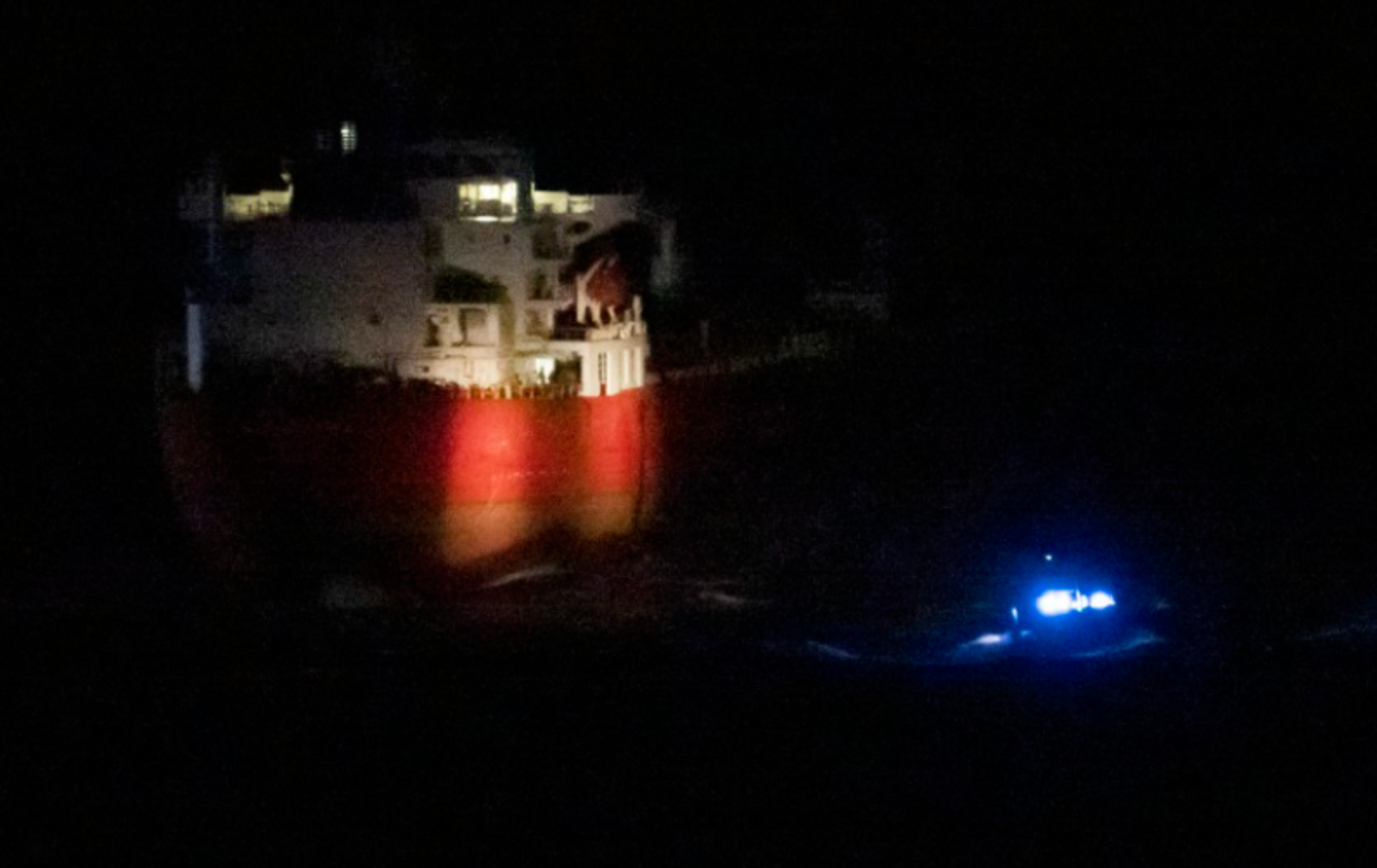 A police boat is seen to the right of oil tanker Nave Andromeda: Peter Macdiarmid/LNP 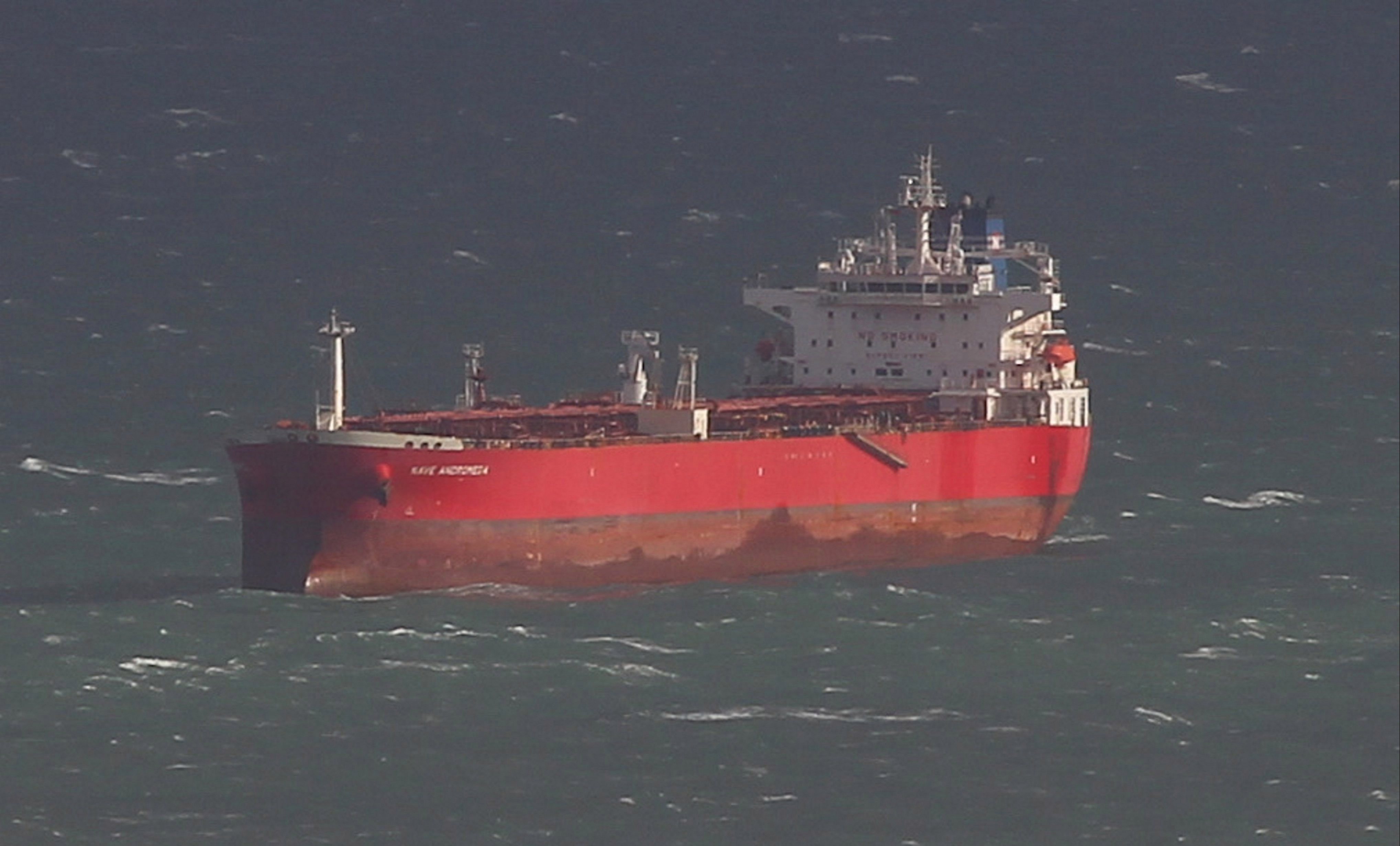 Cops are responding to an incident on the Nave AndromedaCredit: Solent News

Home Secretary Priti Patel said: “Tonight we are thankful for the quick and decisive action of our police and armed forces who were able to bring this situation under control, guaranteeing the safety of all those on board.”

While a Government spokesperson explained: “In response to a police request, the Defence Secretary and Home Secretary authorised Armed Forces personnel to board a ship in the English Channel to safeguard life and secure a ship that was subject to suspected hijacking.

“Armed forces have gained control of the ship and seven individuals have been detained.

The captain of the Nave Andromeda put out a 'desperate' call for rescue because he 'feared for his life', it has been claimed.

It was alleged that the stowaways smashed glass on board the huge oil tanker and even made threats to kill crew.

A source on the Isle of Wight claimed during a mayday call this morning the captain told an operator "I'm trying to keep them calm but please send help."

The source said: "The captain clearly stated he feared for their lives and needed urgent assistance, they needed rescuing,” according to Isle of Wight Radio.

The source also said: "It was desperation, you could hear the fear in his voice."

Bob Sanguinetti, chief executive of the UK Chamber of Shipping, said: "We understand the vessel has been boarded by security forces and made safe. We commend the swift action taken by UK personnel to secure the vessel and most importantly the safety crew."

The group of seven stowaways - thought to be from Nigeria -  "become violent" after being found on the Liberian-flagged Nave Andromeda, Sky News reports.

But Lawyers Tatham and Co, representing the vessel's owners, said it was "100% not a hijacking".

Armed units are are said to be setting up base at Portsmouth’s Historic Dockyard, Isle of Wight Radio reported.

The vessel gave a mayday alert at 9am this morning.

Home Secretary Priti Patel is being kept up to speed on the incident, Sky News reported.

The tanker was bound for the Port of Southampton after setting off from Nigeria 19 days ago. 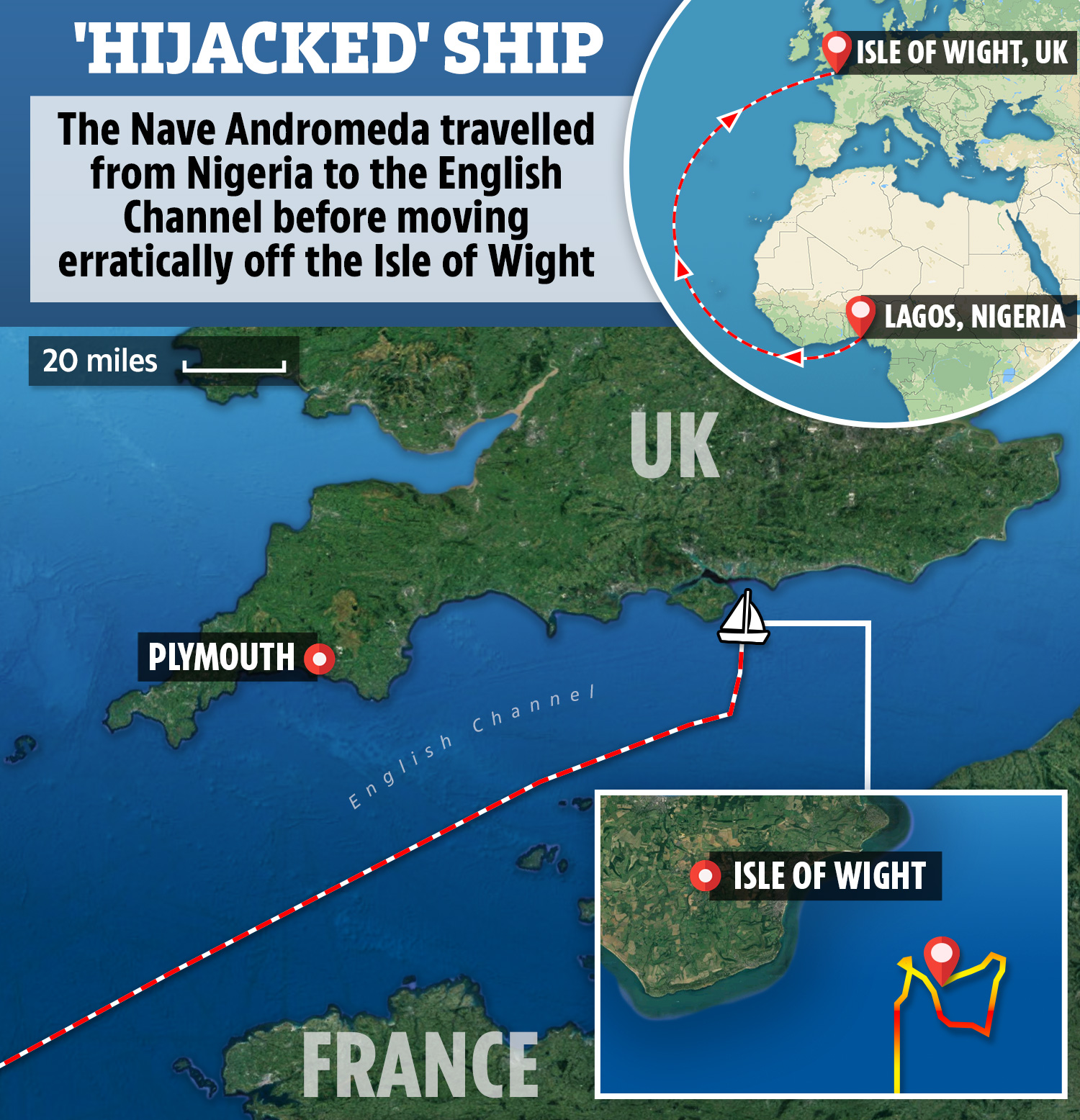 A Police officer on the Isle of Wight keeps watch on the Nave Andromeda off Isle of Wight. Sienna Anderson/pictureexclusive.com 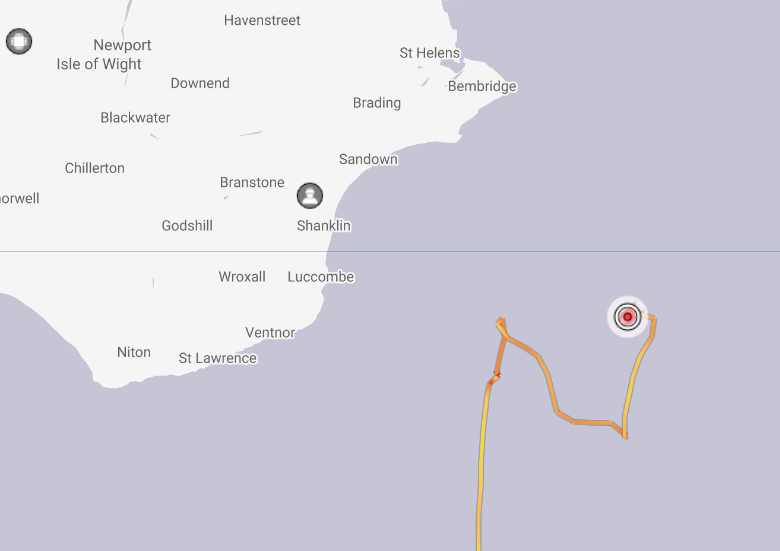 The ship is currently off the coast of the Isle of WightCredit: marinetraffic.com 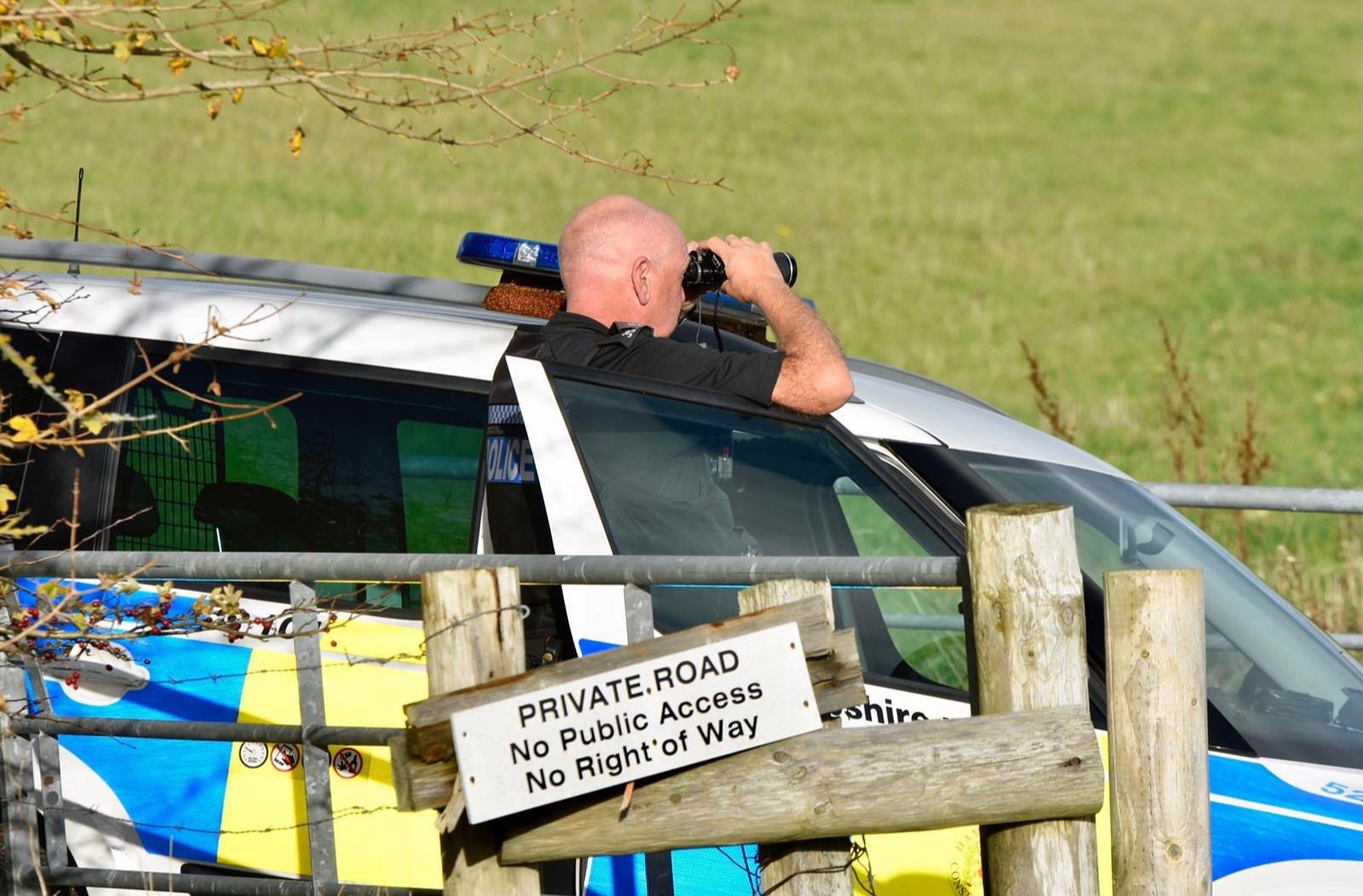 Cops are watching the ship from landCredit: Solent News

The tanker is currently around four miles south east of the Isle of Wight.

A Hampshire Police spokesman said: “We are aware and dealing with an ongoing incident on board a vessel which is situated south of the Isle of Wight.”

The Coastguard said: “We are currently assisting Hampshire Constabulary with an incident on board a vessel situated off the Isle of Wight.

“The search and rescue helicopters from Lee on Solent and Lydd are in attendance.”

A five nautical mile restriction zone has been placed around the ship, and a coastguard helicopter has circled it.

Local MP Bob Seely said a Cobra meeting is about to happen. 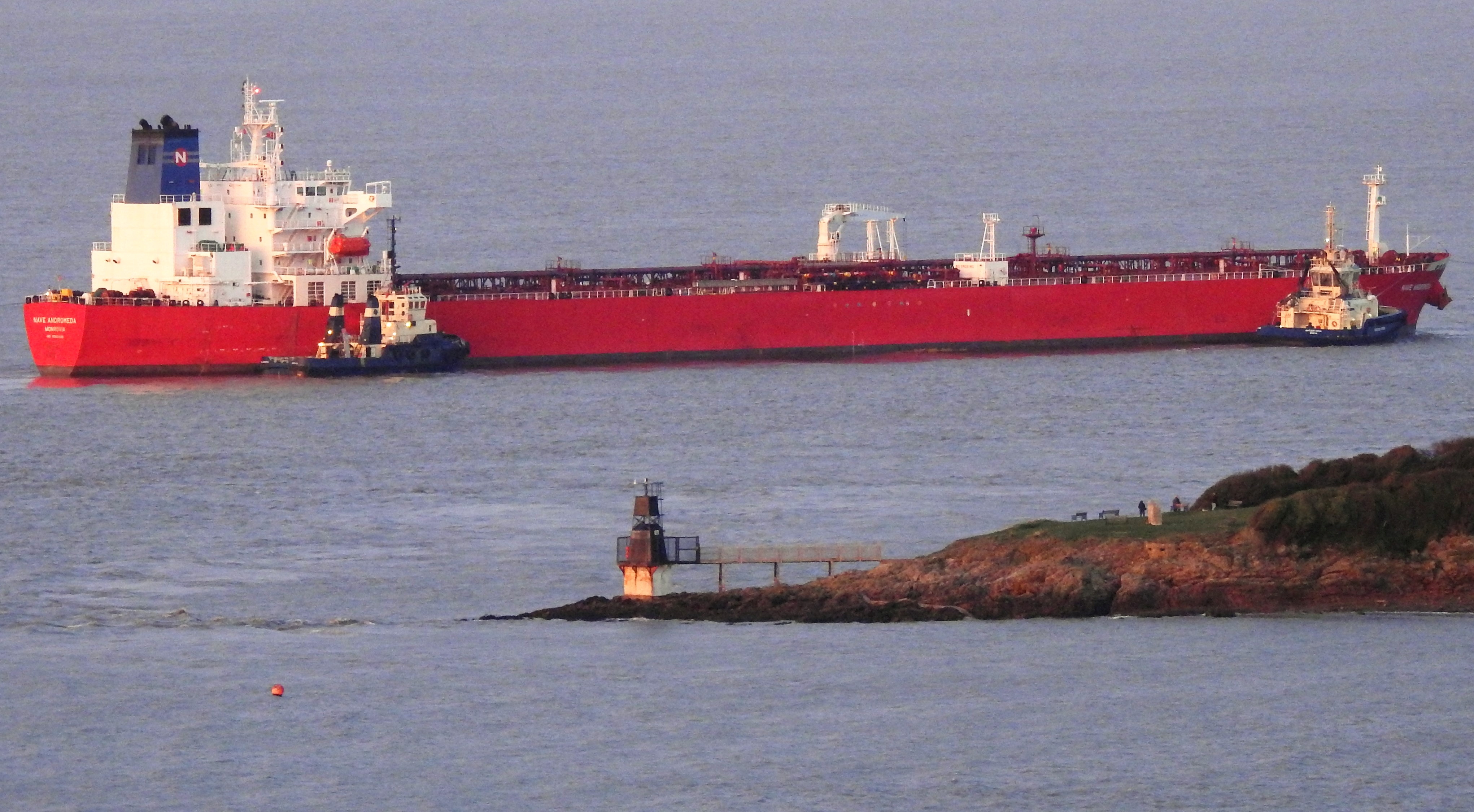 Nave Andromeda is seen in Portishead, Britain in this undated picture obtained from social media.Credit: Reuters 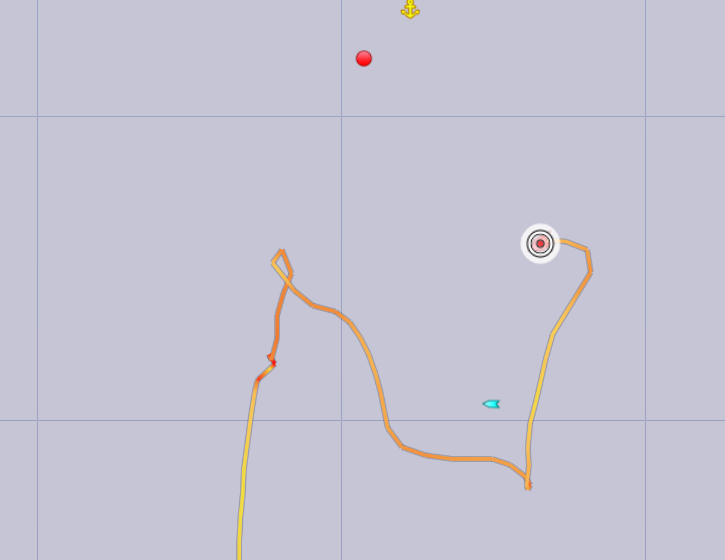 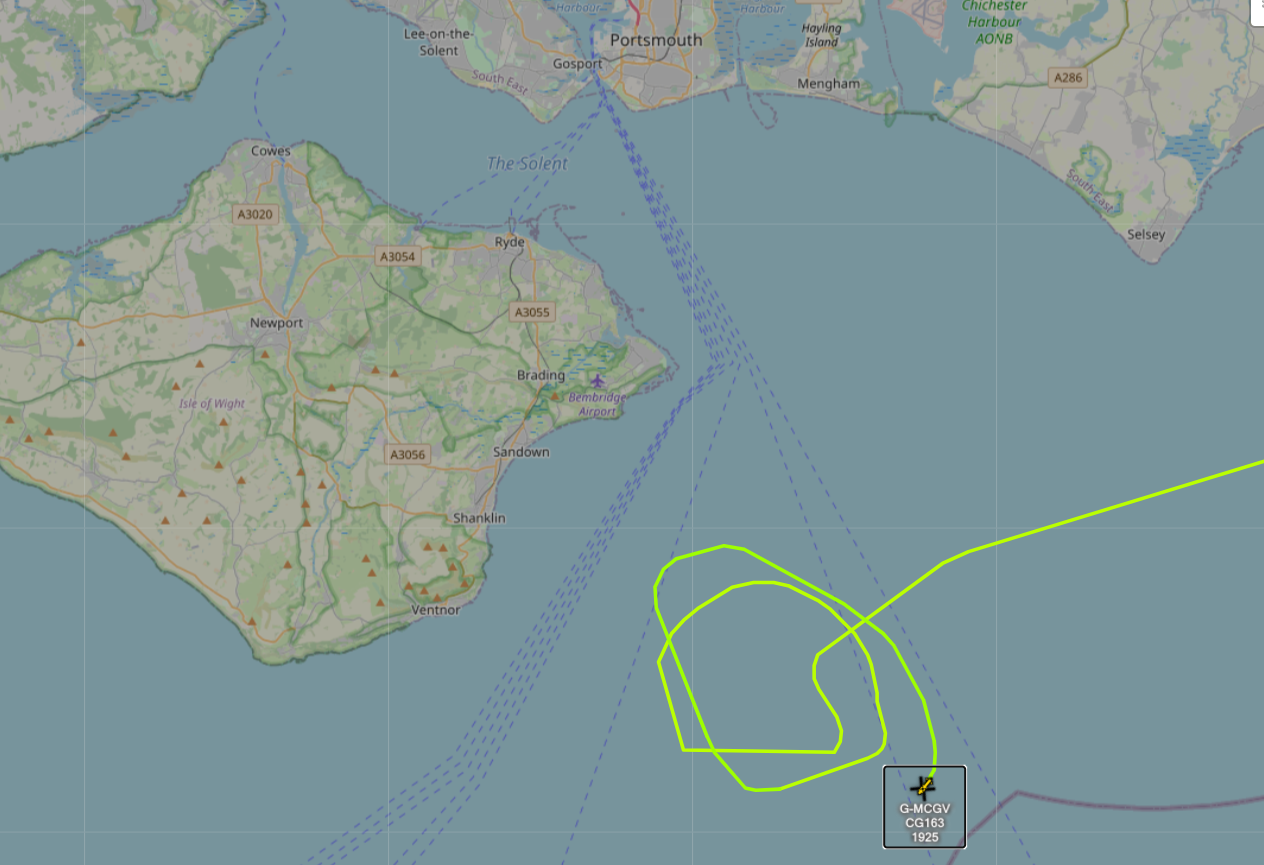 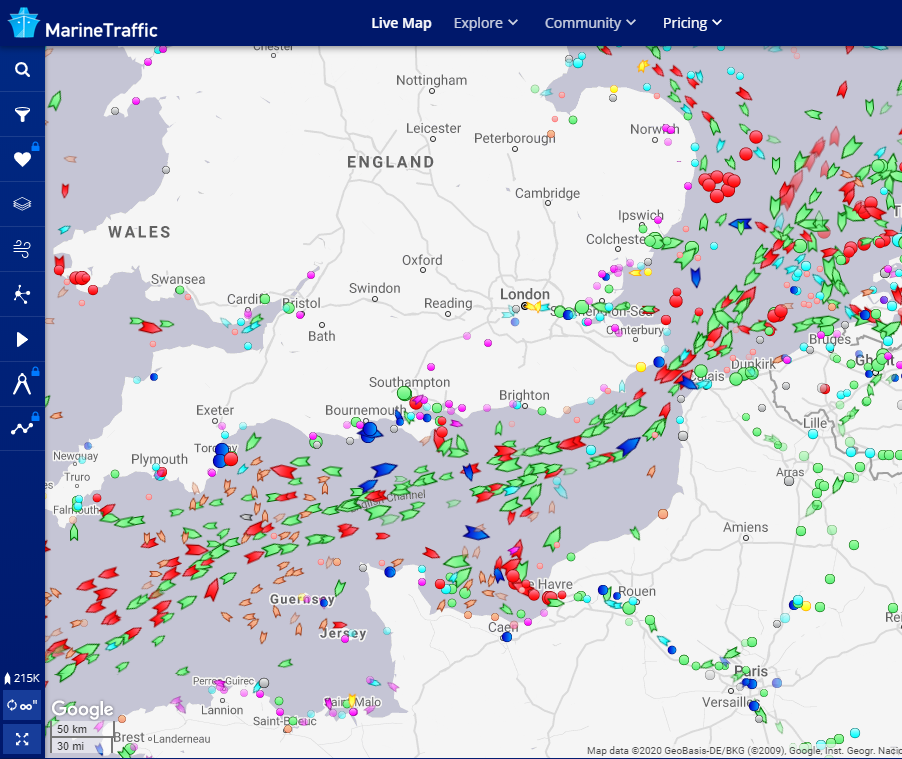 This Marine Traffic map shows how busy the Channel is at about 4.50pm on Sunday

He told Sky News: "The skipper has dropped anchor, either because he has been told to or because he is panicking.

"The relevant units will be looking at options as to what we can do."

Mr Seely said it was reported that the coastguard told the ship not to drop anchor before it did.

Former rear admiral Christopher Parry says the zig-zagging of the oil tanker suggests that "the master and the crew aren't in control of the ship".

The Nave Andromeda is sailing under the flag of Liberia, and was built in 2011.

The Special Boat Service is located just a few miles away in Poole, Dorset. 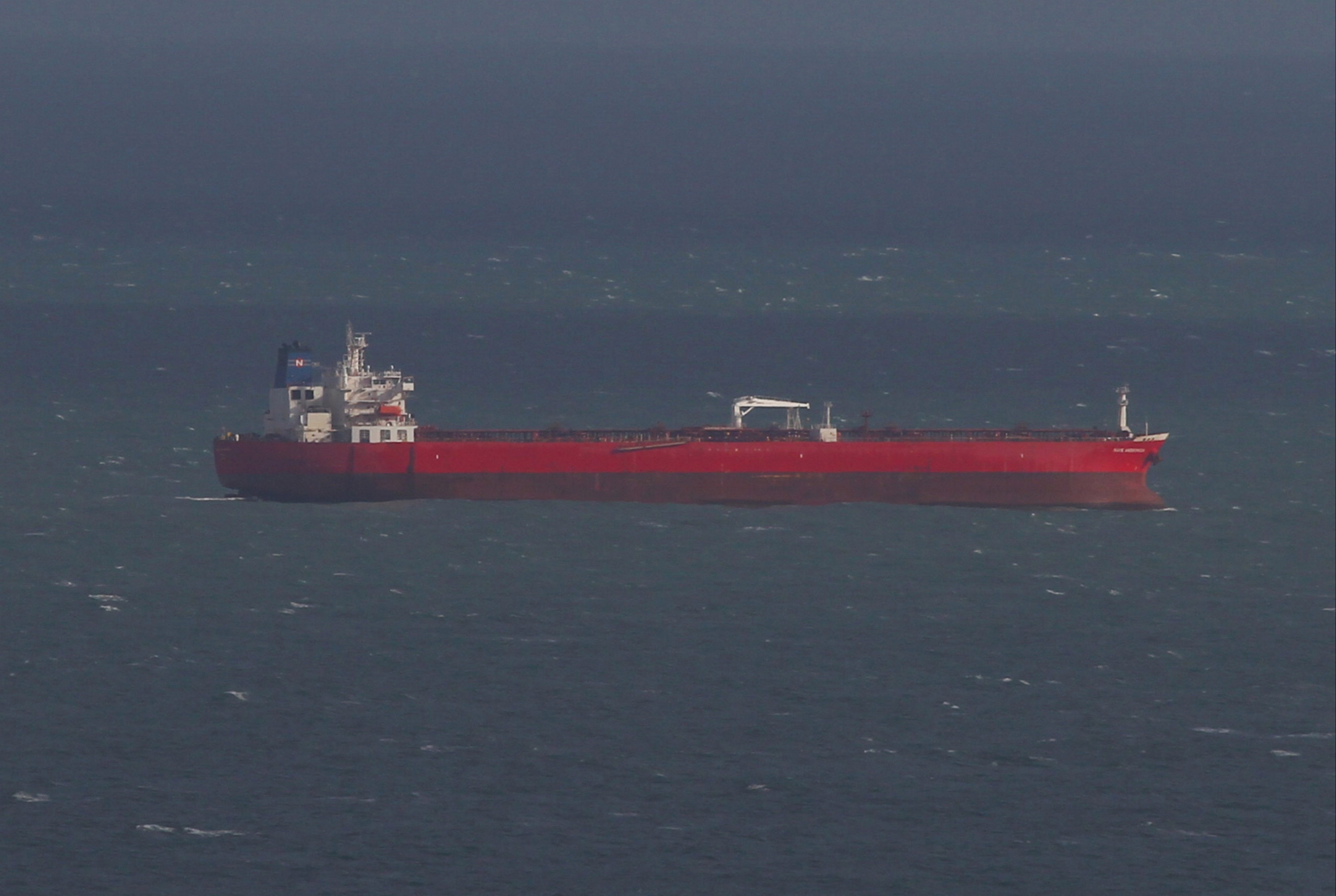 The Liberian-flagged ship is understood to have been taken over by stowawaysCredit: Solent News 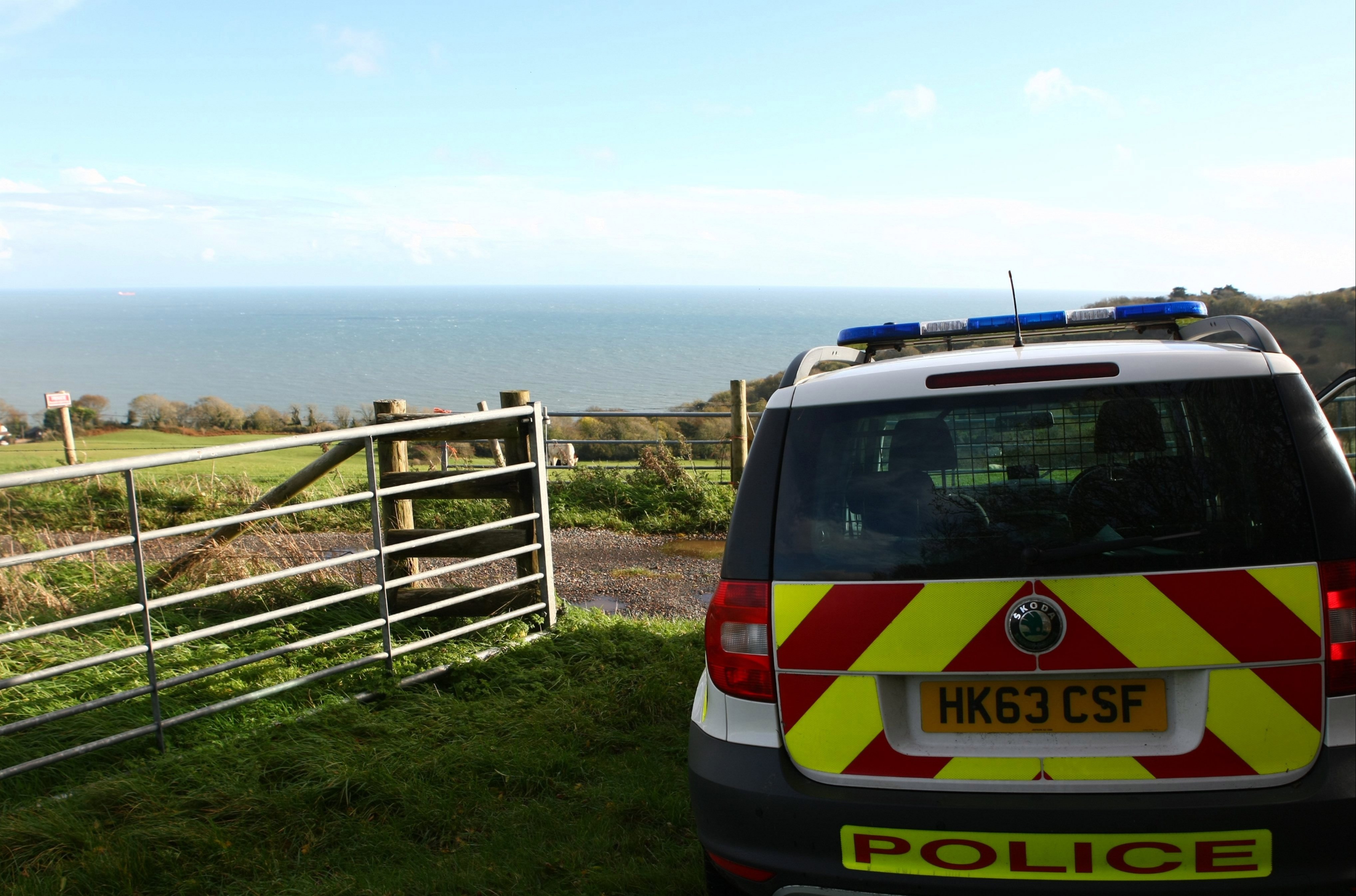 Cops and coastguard have reacted to the incidentCredit: Solent News