A JIGSAW-crazy pensioner reckons he has done a record 8,000 puzzles — handling 15million pieces.

Chris Coles, 74, spends about ten hours a day building them for charity shops to check that no bits are missing. 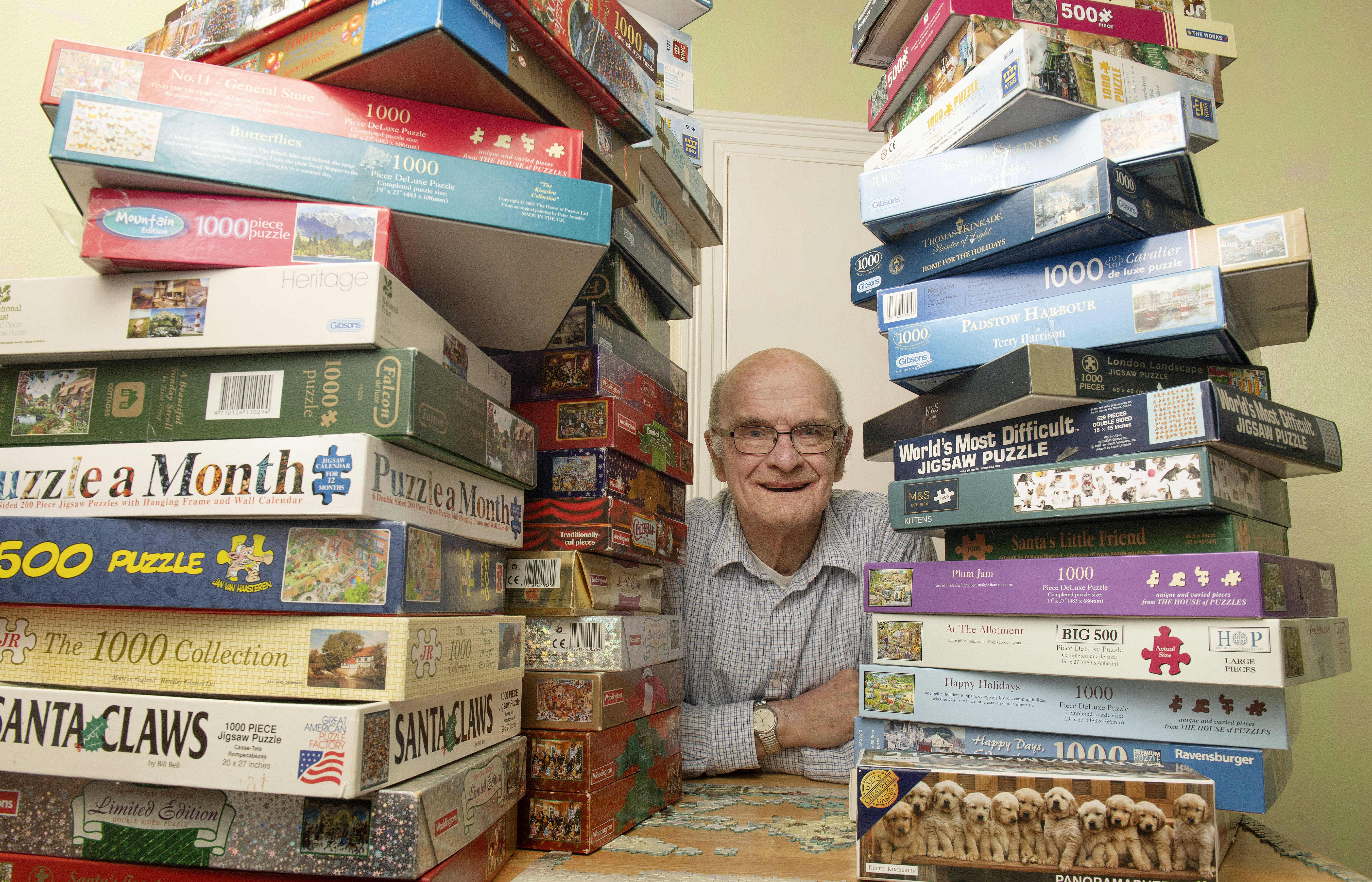 The retired lorry driver took up the full-time hobby when he was recuperating from a heart bypass in 1997.

He said: “I have completed every kind of jigsaw. I’ve done wooden puzzles, 3D puzzles — which hurt your eyes — and floor puzzles.

There are usually about 30 waiting at his home in Babbacombe, Devon.

The dad of two does them for three charity shops, which put a “Checked by Chris” sticker on them.

He said: “If I notice a bit missing it will go straight in the recycling bin — nobody wants a jigsaw with a piece missing.” 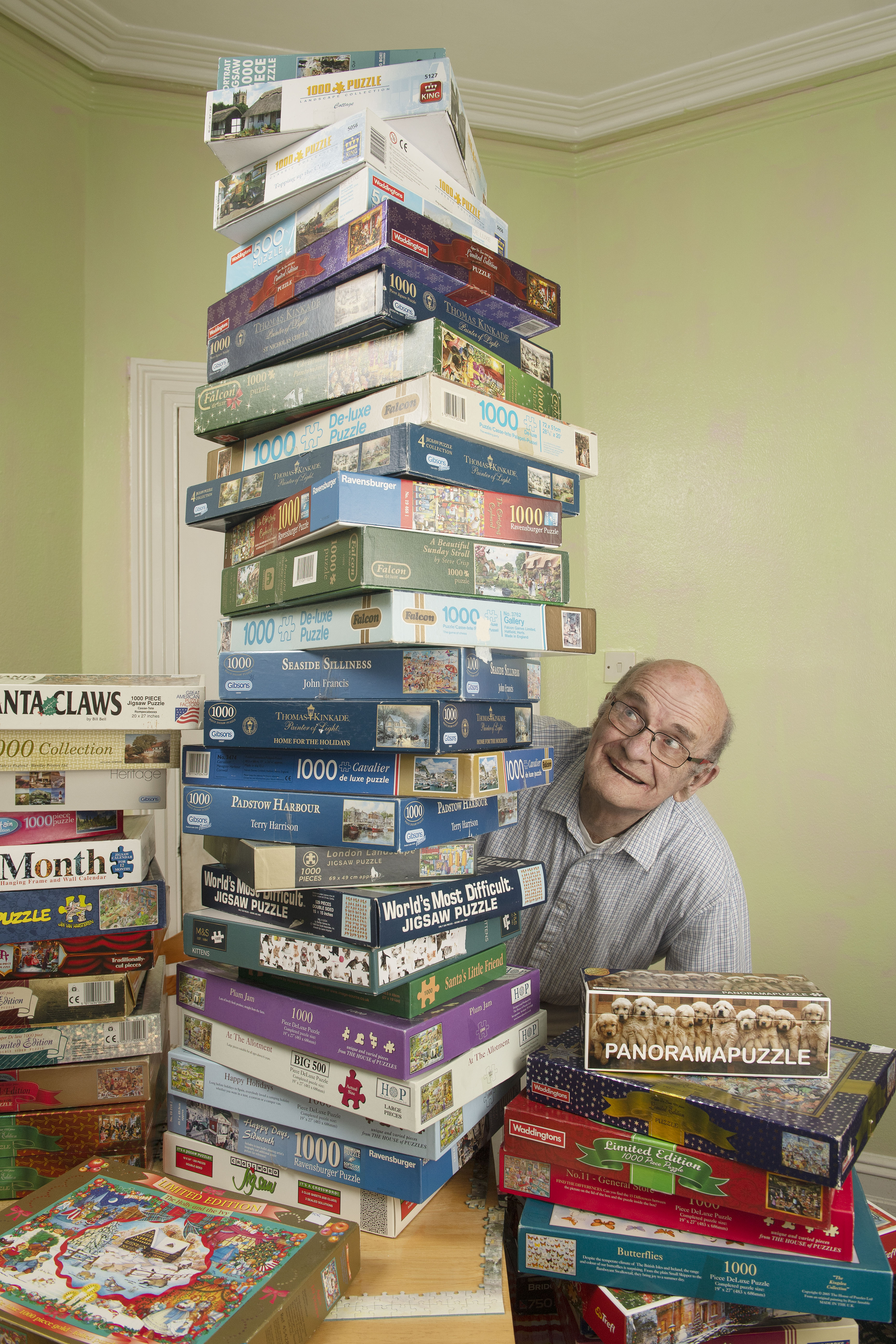 The retired lorry driver took up the full-time hobby when he was recuperating from a heart bypass in 1997Credit: Bournemouth News

Chris manages about three a day and his favourites are called Wasgij — jigsaw backwards — which do not have a picture on the box.

He went on: “Once they’ve been sold, they can end up back there again, so I have to check them all over again.

“The most I have checked a puzzle is ten times. Not long ago I checked one that had a Checked by Chris sticker on it from 2003. But it’s really satisfying when they’re done.”